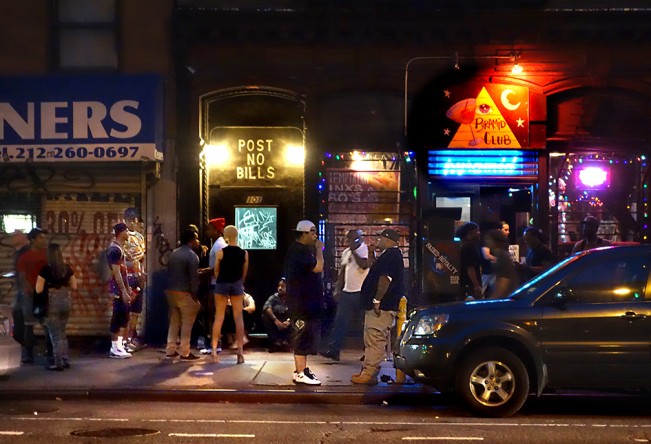 Sally Davies has been chronicling the Lower East Side for decades, and as someone who has witnessed the changing landscape of the LES over the years, I was fascinated to see how much remains the same. Sally recently had an exhibition at  the Bernarducci Meisel Gallery in NYC titled Photographs of the Lower East Side.

Sally was born in Winnipeg, Canada, graduated from the Ontario College of Art and Design, and currently lives and works in New York City. Her photographs have been featured in the New York Times, Lenscratch, the UK Daily Mail, and PDF online. She is the author of the widely acclaimed “McDonalds Happy Meal Project” that went viral in 2010.Her work is in the collections of Harvard Business School, Sarah Jessica Parker, Debra Winger, Michael Patrick King, Jane Holzer, Gary Lightbody Snow Patrol.

Sally’s portraits include Debra Winger on the cover of Winger’s 2008 book “undiscovered” (Simon and Schuster 2008), Elaine Kaufman in Everyone Comes to Elaine’s (A. E. Hotchner, Harper Collins Publishers, NYC, 2004), and Jim Cuddy’s CD, “The Light That Guides You Home” (Warner Music Canada, 2006), and Jim Cuddy’s CD, “Skyscraper Soul” 2011 (Warner Canada) Her photographs of the 9/11 attacks can be found in “A Democracy of Photos” (Scalo Press, Zurich, Berlin & New York, 2002).

I have lived in and photographed New York City’s East Village since 1983. It was a place amid the chaos of 10 million people’s lives, that felt small and intimate. Back then, no real cars to speak of, not densely populated (too scary for most) and even the scale of the buildings was low, sharing a big sky. It was impossible not to photograph here. Wasn’t sure why back then, but we knew things were changing…and there was a sense of urgency…to document your experience. You could feel the history here then, and now… without even knowing the story. Sometimes a photograph of a person in front of their building will tell that story and sometimes the building will tell the story of the person who is no longer in the photograph.

The wheelchair on the roof, Charles at 3rd Street Church, The girl having a cigarette in a dimly lit doorway on a hot summer night…there’s your story. 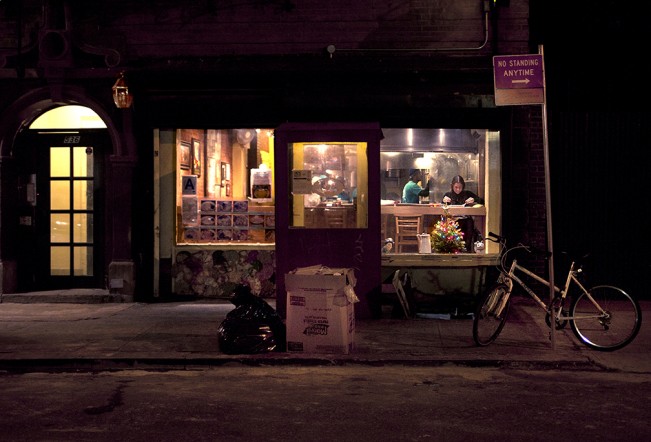 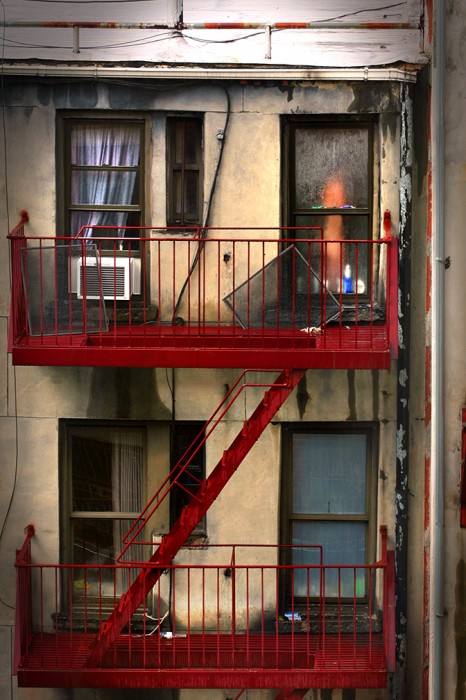 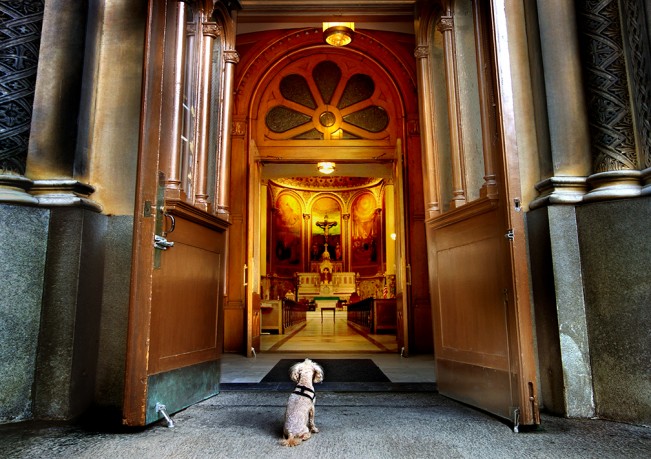 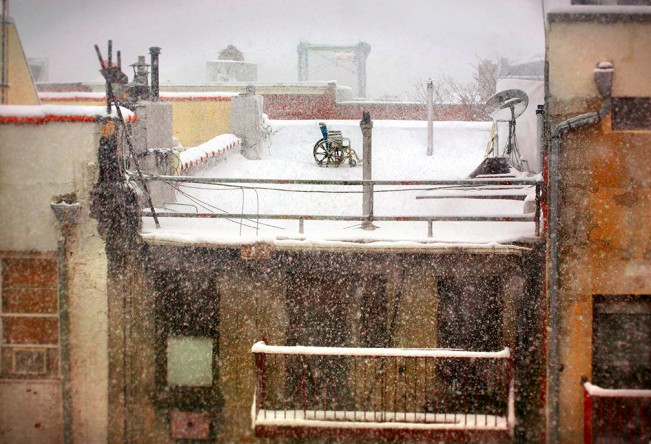 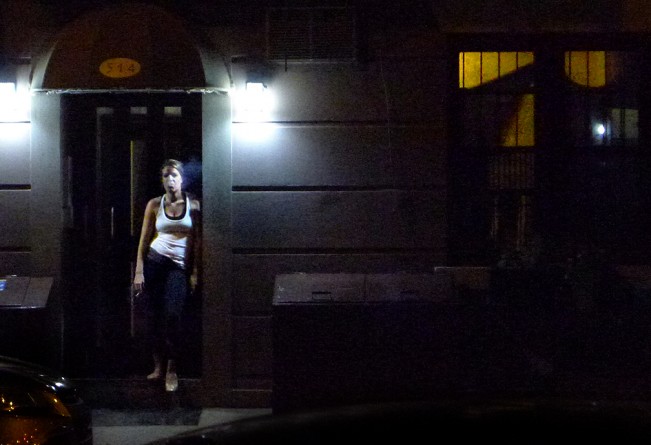 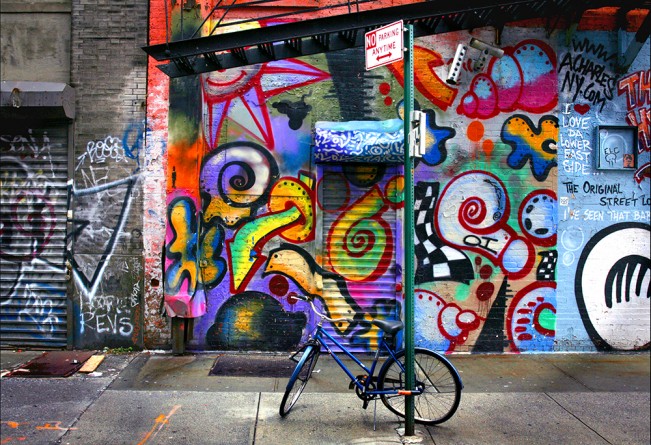 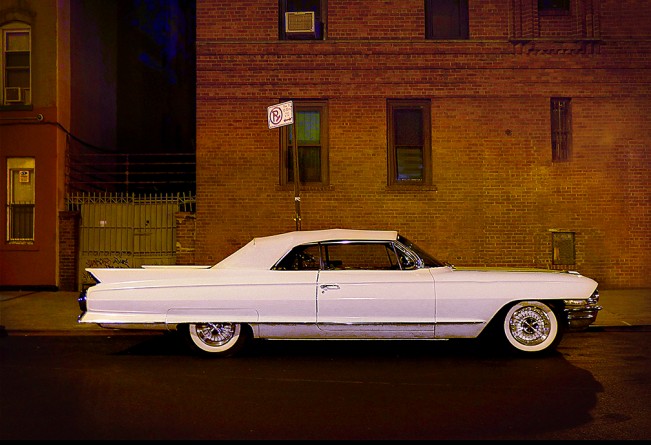 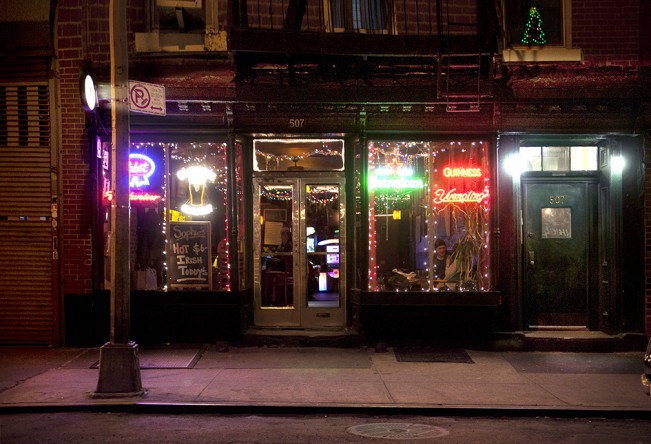 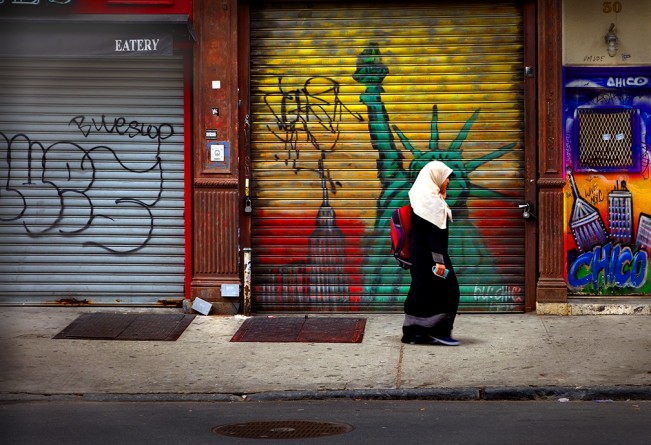 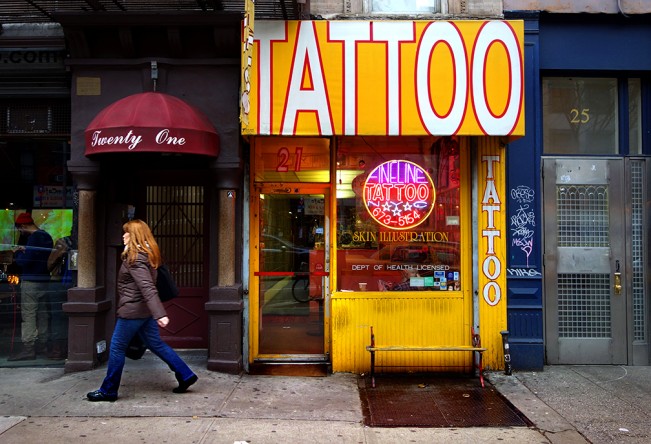 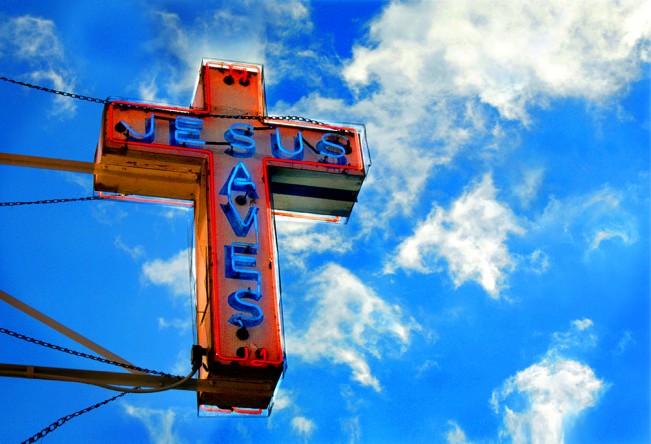 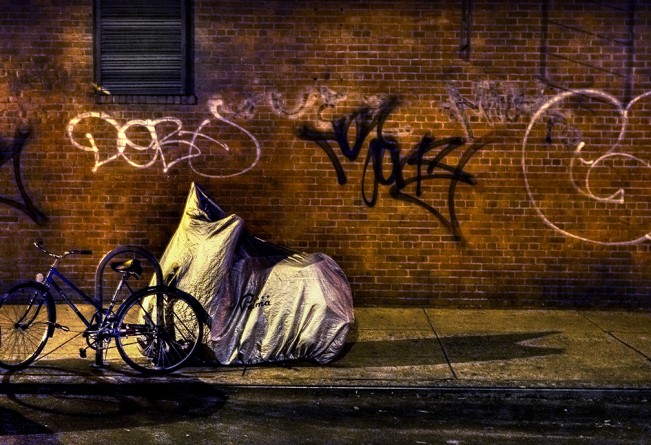