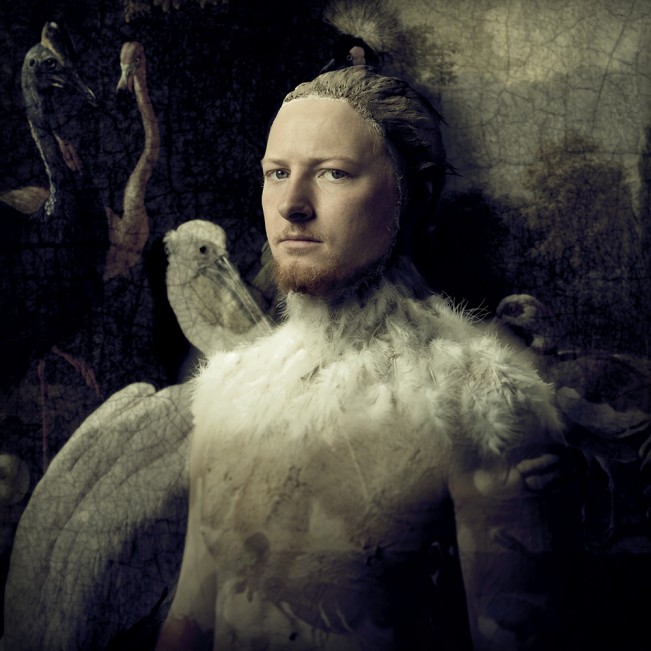 Bear Kirkpatrick‘s name and photographs continue to make a mark in the photographic zeitgist.  His recent project, Wallportraits, takes us into other worlds where the push and pull of space, texture, history, and portraiture combines to create a new dimension.  At once beautiful and strange, unsettling and fascinating, Wallportraits  reveal other selves. As he states, “All of my artistic explorations are attempts to reveal something about the liminal shades that live within things. Select photographs will be part of the Ravishing Exhibition opening tonight at the 555 Gallery in Boston.  The exhibition includes photographs by Jonathan Stark, Leonard Nimoy, Alicia Savage, and Jeffrey Heyne, and will run through May 3rd with an artist reception on March 29th from 5-8pm. Bear’s work will also be shown at Daniel Cooney Fine Arts Gallery in New York, as part of the All the World’s a Stage exhibition opening April 3rd and running through May 22nd.

Bear was born in Columbus, Georgia at the advent of the Vietnam War, in which his father fought as a combat soldier for the first year of Bear’s life and returned a decorated officer. The family moved to New York City for a few years, and then embarked on a series of moves over the next 10 years before settling on a small farm in rural New Hampshire. Shortly thereafter, Bear began his formal educated at Phillips Exeter Academy and then at the University of Michigan in Ann Arbor. After time spent as a house-builder, bookkeeper, and delivery driver, Bear left Boston for graduate studies in the fine arts at the University of Massachusetts in Amherst. Bear defended his theses of 9 stories (many of them published in national literary magazines) with the great writer John Edgar Wideman, and the luminary academic Paul Mariani. He also learned to weld as a student in undergraduate metal-working classes, and this skill led him to create a series of metal sculptures (two of which the writer Stephen King purchased), and to use those skills in the dedication of learning the craft of fine furniture building, an occupation which supported him for 10 years and led to him making custom high-end pieces for Bono, Adam Clayton, Stacy Schiff, and the Bronfman and Steinhart families of New York. It was after the creation of a new line of metal and wood jewelry that needed to be photographed for a website that Bear bought his first digital camera. This quickly led to experimenting with models and studio lighting, which led to the creation of his first series of fine art photographs called Hierophanies, many of which have been purchased, exhibited, awarded, and published internationally. Bear continues his exploration of new work, recently in a series of portraits called Wallportraits, and in a forthcoming series tentatively titled The Human Diorama. Bear also works with the artist Robert Wilson, in particular as the chief installer of his video portraits in galleries, museums, and private residences around the world. Most recently Bear made an introduction between Robert Wilson and Lady Gaga, and assisted in the creation of 4 video portraits of her that were exhibited this past winter at the Le Louvre Museum in Paris as part of Robert Wilson solo exhibition, Living Rooms. Bear lives and works in Portsmouth, NH.

As a very young boy I went deaf from causes that are now obscure. Since I went deaf slowly my body was able to compensate for this loss by learning how to read lips, and so exchange the loss of auditory for the gain of the visual. This transition was so seamless that I was able to hide the handicap from my parents for a long time, but it altered my experience of the world. It gave me an increased power to witness, and I saw hidden things. I remember clearly seeing the other people who lived inside my mother and my father, the strange flashes of other beings within them that spoke of the fugitive, the dangerous, the not them. 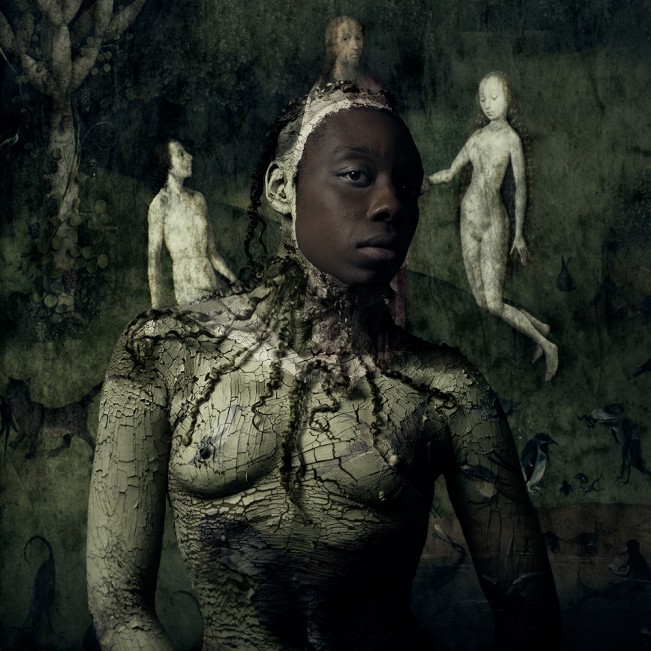 I couldn’t say—and still can’t—what they were, who they were, or from whence they came, but I saw them in my parents and in other people and I still do. Surgeries at age 5 repaired my hearing, but I have been transfixed, fascinated, and frightened ever since by things that reveal their power to change shape or contain multiples. 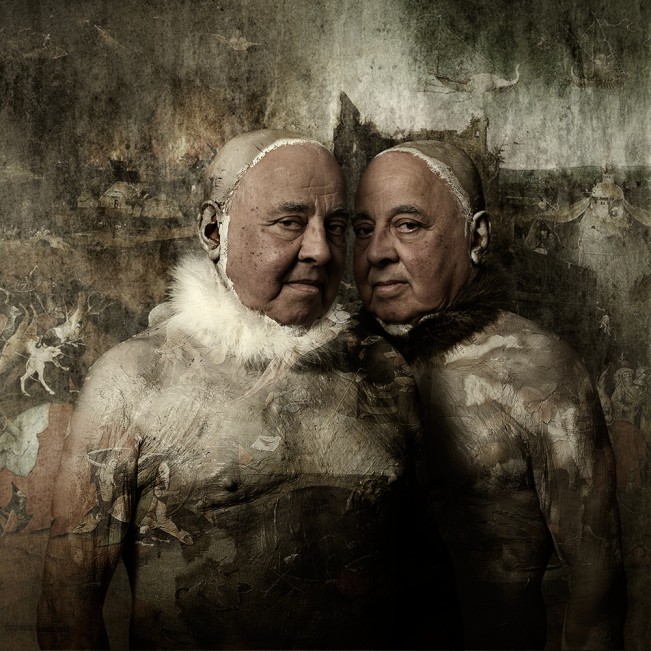 Neurologists tell us that all of our human sensory inputs rushe in from all ports and are then synthesized in the brain gets into one seamless experience. Because senses overlap in their gathering and there is repeated data, a certain amount of information gets tossed out, either because it is considered faulty, already better said, or does not fit the picture the brain needs to present at that moment. This got me wondering about what gets tossed out. Could you bring it back? Could you bring it out in the open by a process of elimination if you set out to take away what the eye usually sees? If you took away something it would resort to a second representation, and it you took away more it would resort to a third representation—I mean, it could not show nothing—and so what might that world look like? What about our world is right in front of us that we cannot see? 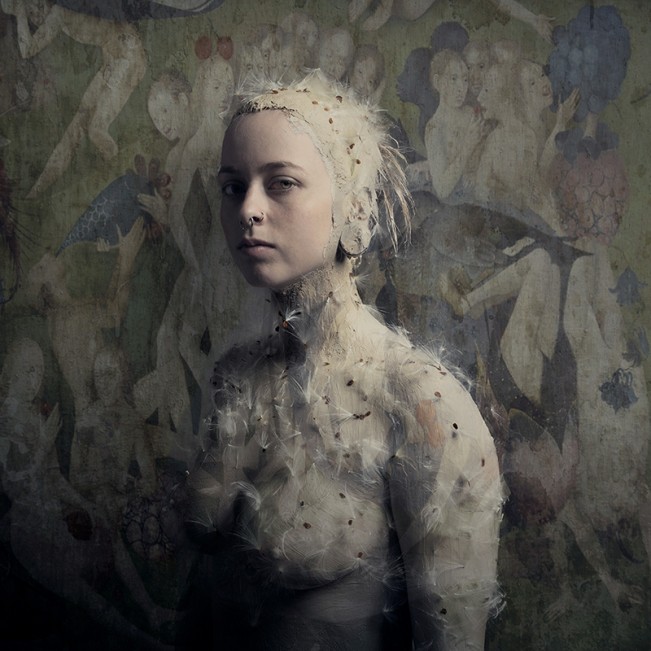 My own process of making images with a camera is an attempt to bring some of that material back, to force the unseen to make itself present, if only for the span of a flash of light. All of my artistic explorations are attempts to reveal something about the liminal shades that live within things. Those gaps and thrown-away pieces are what interest me, and they are what I am using my camera to find. They are the ghosts of presence and memory, the vestigial elements we carry about us as invisibly as spirits. 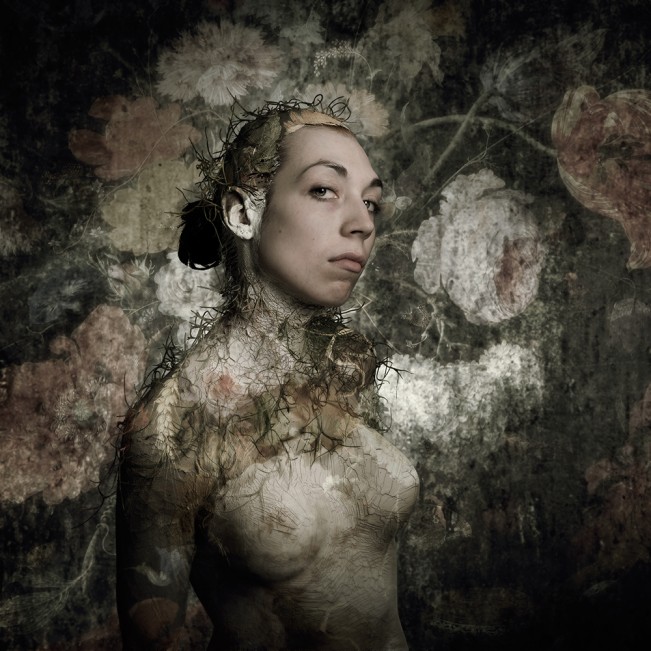 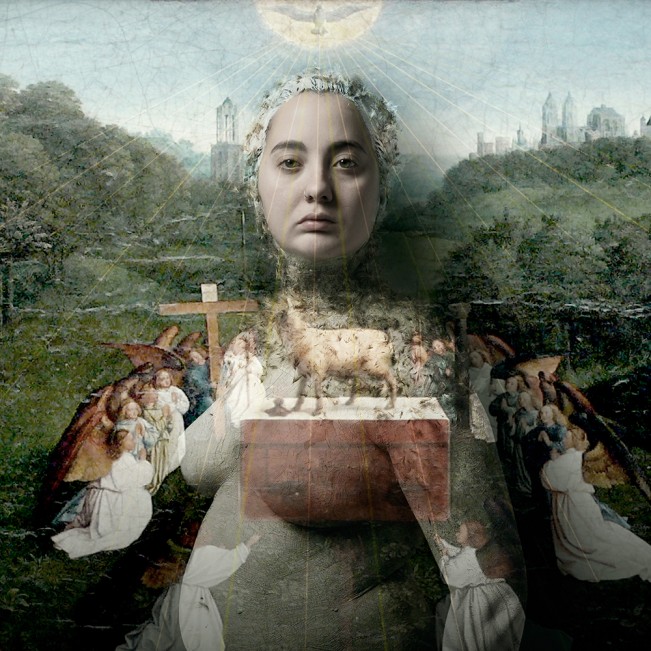 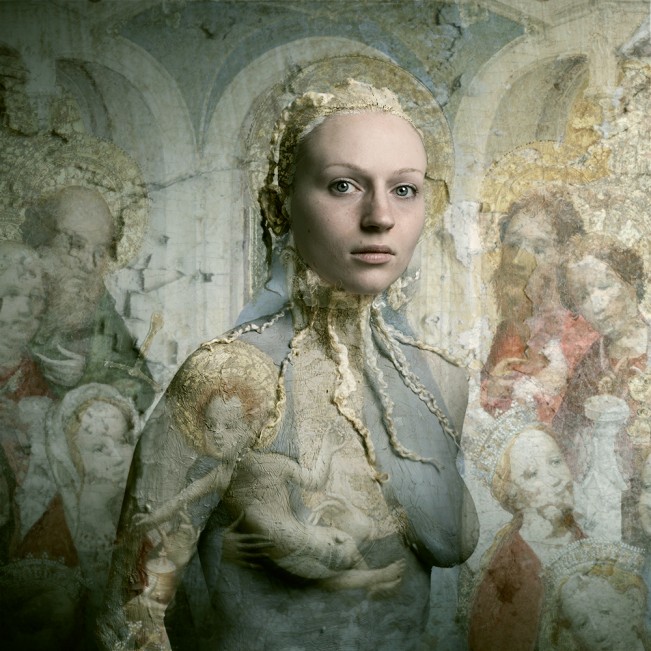 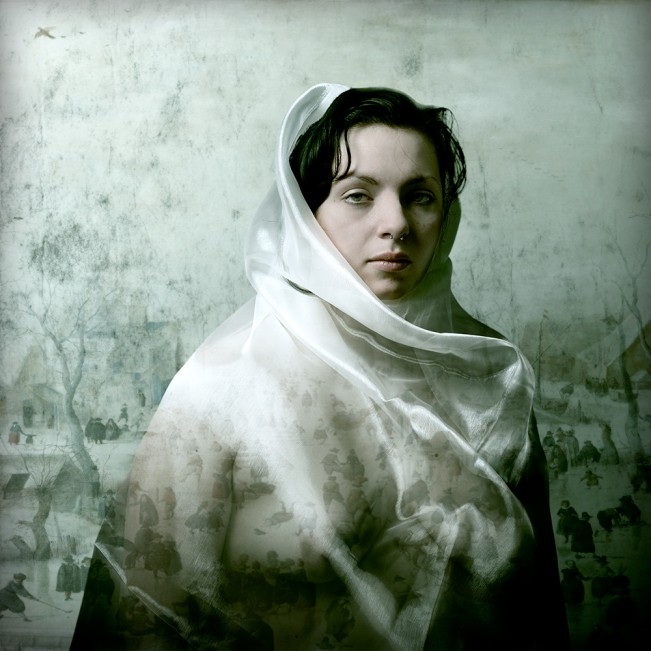 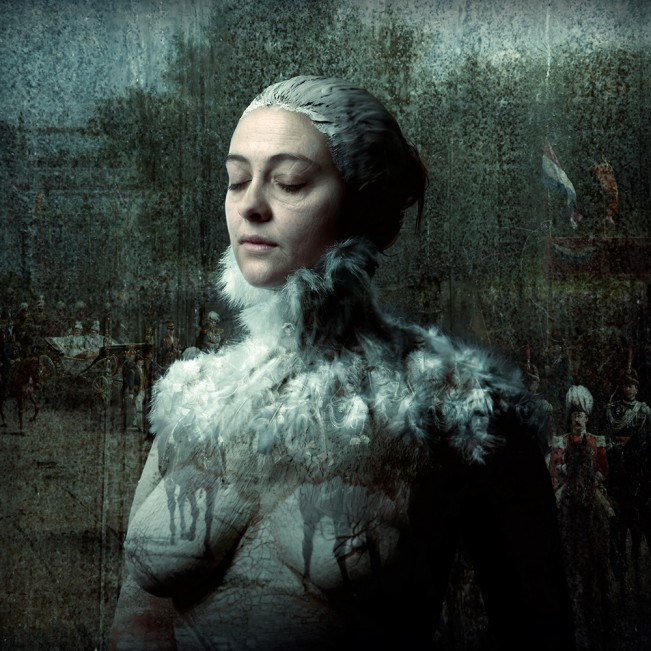 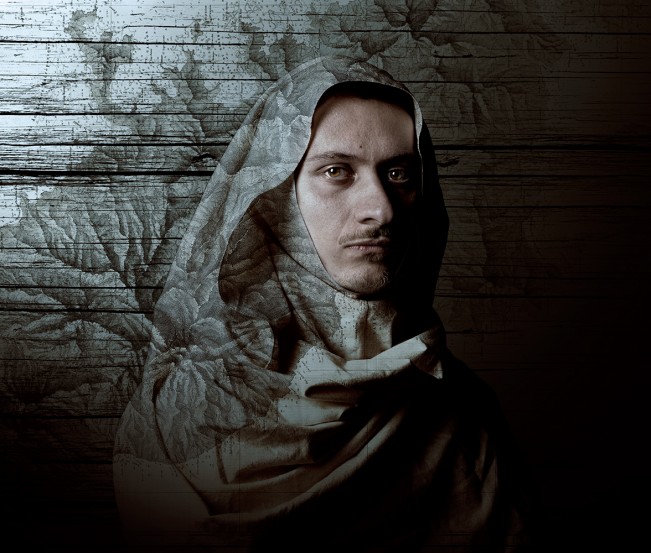 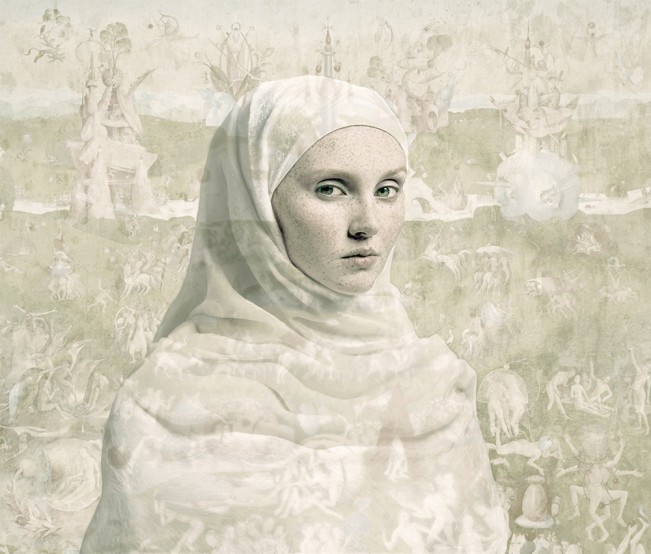 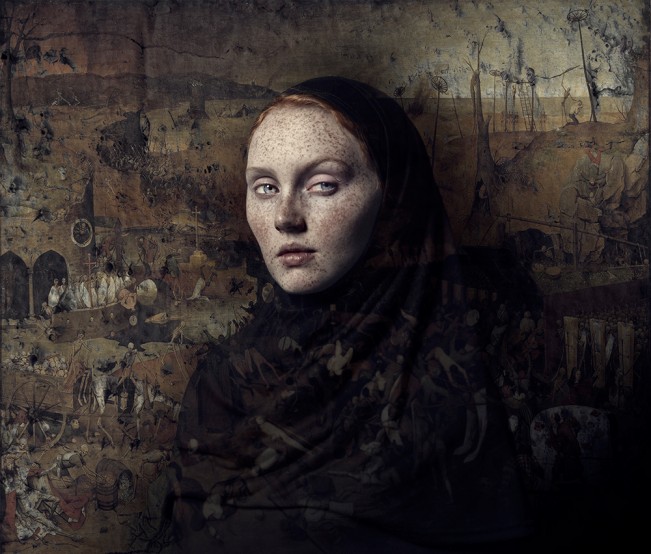 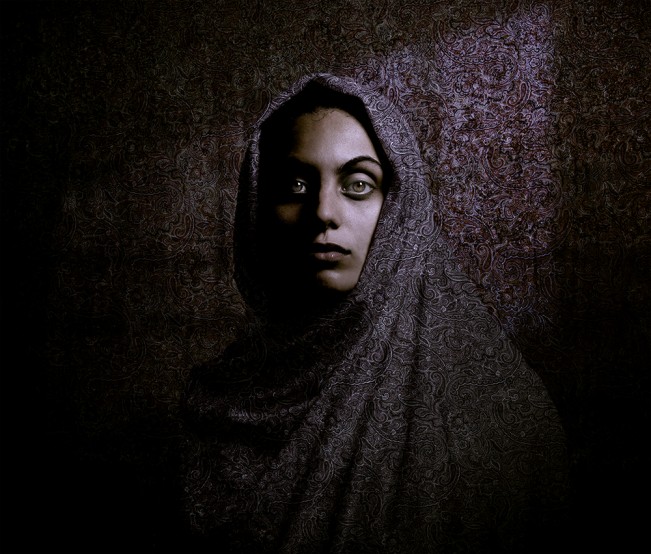 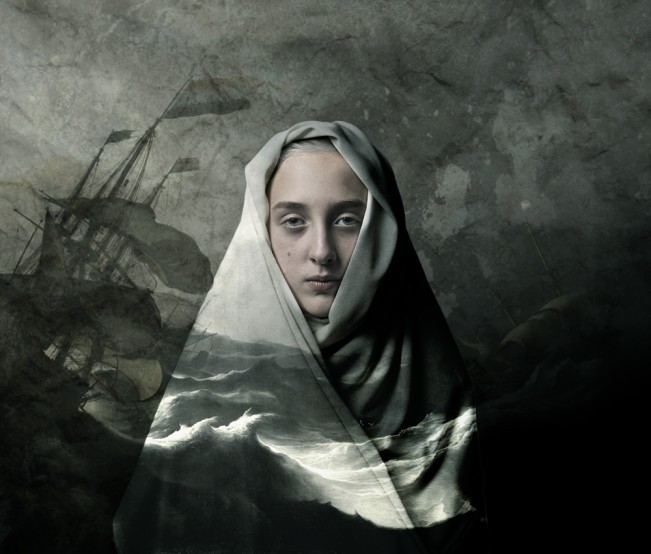 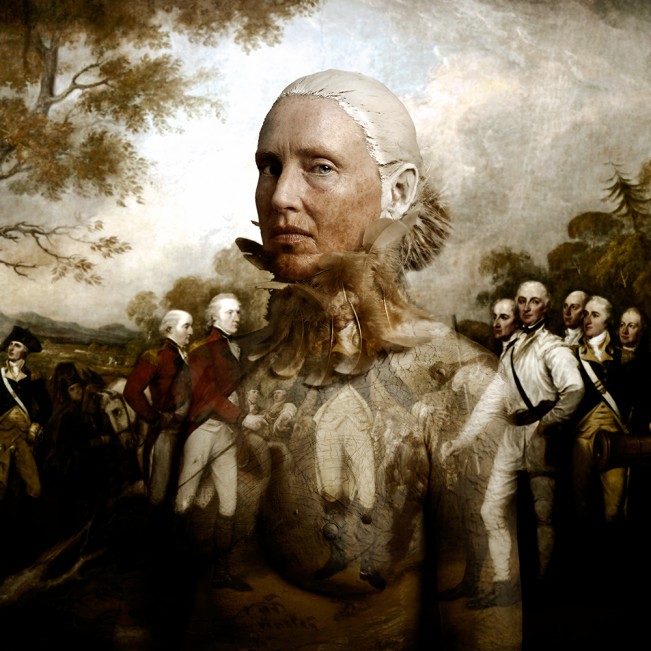 NEXT | The Paula Tognarelli Mixtape >
< Jonas Yip: Somewhere Between | PREV