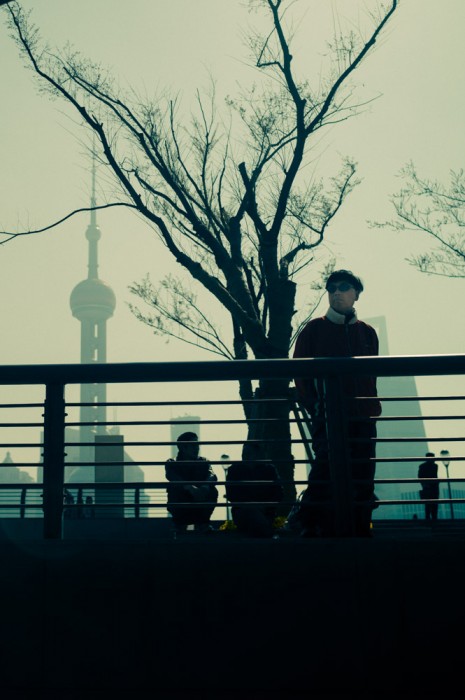 Jonas Yip is a very important person in my life. Not only a talented photographer and friend, but he is the brains and brawn behind the new Lenscratch website, building it from the ground up and making it easy to navigate and peruse.  I am forever grateful to him for all his support and labors, so I am especially pleased to celebrate his wonderful photography.

Jonas carves his time into many pieces, working as a technical guru during the day, is a photographer and musician after hours, and a father and husband 24/7.  He has a wry sense of humor and an insightful eye that explores his connections to the world around him. His series, Somewhere Between, shot with a Leica and captured in delicious tonalities of aqua and sand, reflect a place and culture that is at once foreign and familiar. Somewhere Between shows us a country in transition, the old and new blending into a unique landscape, but the project also allows for a personal examination of the idea of “home”.

Born in Princeton, New Jersey to a poet-writer-professor father and an art historian mother, Jonas was raised in a creative environment steeped in art and music, poetry and performance, design and architecture, and plenty of world travel. Yet somehow Jonas became an engineer, building a successful career in Silicon Valley startup companies. Over the years, however, he never stopped pursuing his creative passions: music, design, and photography. Jonas has since left the high-tech world to concentrate exclusively on these smaller, more personal projects.

Jonas has been honored with numerous photography awards and his work has been exhibited internationally. He has published a monograph, Paris: Dialogues and Meditations (Nanjing University Press, 2008), in collaboration with renowned poet and scholar Wai-lim Yip. An exhibition, “Paris: Dialogue”, featuring photographs and poems excerpted from the book, recently traveled through Taiwan, China and Hong Kong and has also been exhibited at the San Diego Museum of Art and the University of California, San Diego. The photographs and poems from the series have been accepted into the permanent collections at the San Diego Museum of Art in San Diego, CA and the National Museum of Chinese Literature in Beijing, China. 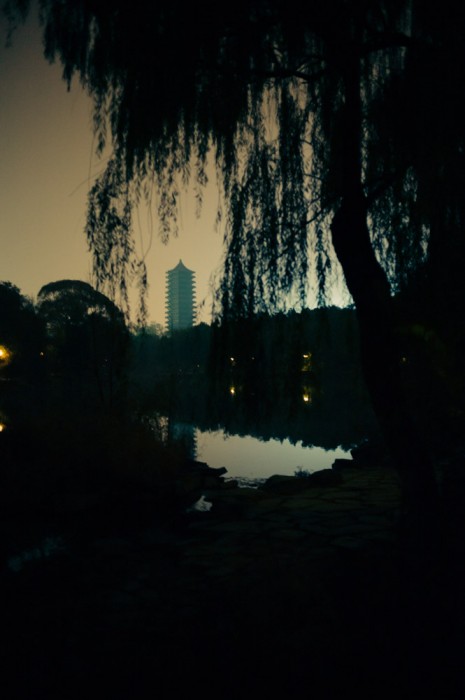 Raised on both sides of the Pacific in Taiwan, Hong Kong and the United States, I’ve never been either fully American or fully Chinese, but rather somewhere between. So arriving in mainland China has always been an odd sort of homecoming, feeling at once strangely, entirely familiar yet altogether foreign.

So then after returning from China I am always curious to discover where I trained my lens. For me, temples, lanterns, and other typically Chinese scenes on which many may focus recede into the background. Instead, as someone engaged with the culture but not necessarily with the people, I become an impartial observer. I see vignettes of a changing China, landmarks disappearing in smog or with time, culture and lives and lifestyles torn down in great swaths to make room for the generic and new. I see the pains that accompany modernization: pollution, overcrowding, inflation, disparity. But amongst all this I also see that life goes on for the Chinese people, standing hard amongst the hectic change, living in the balance, somewhere between. 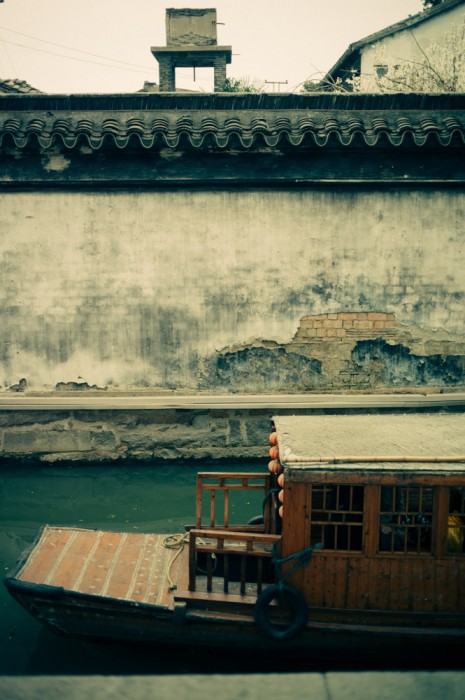 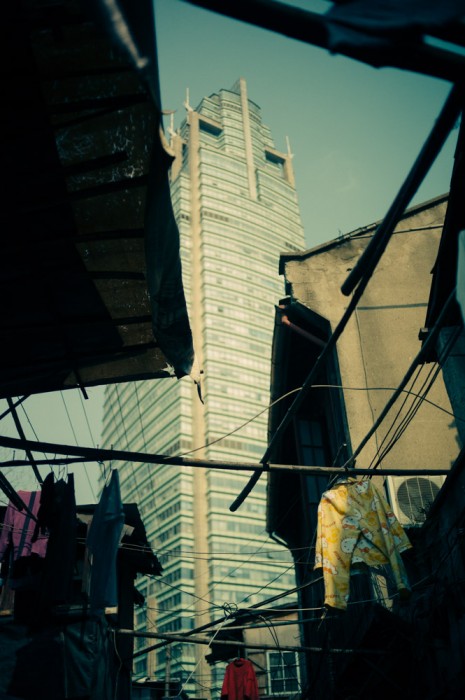 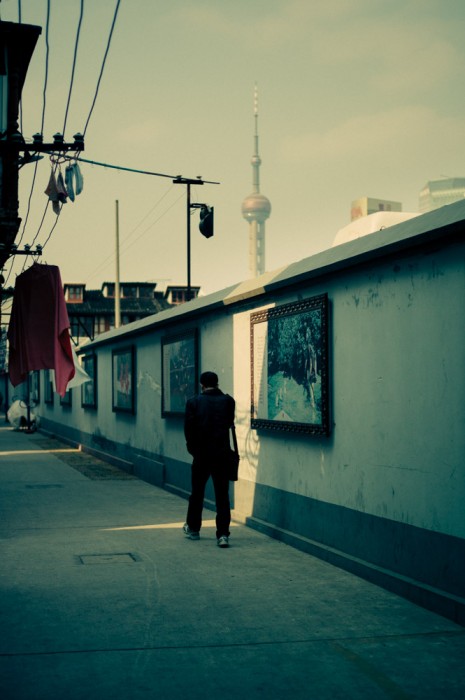 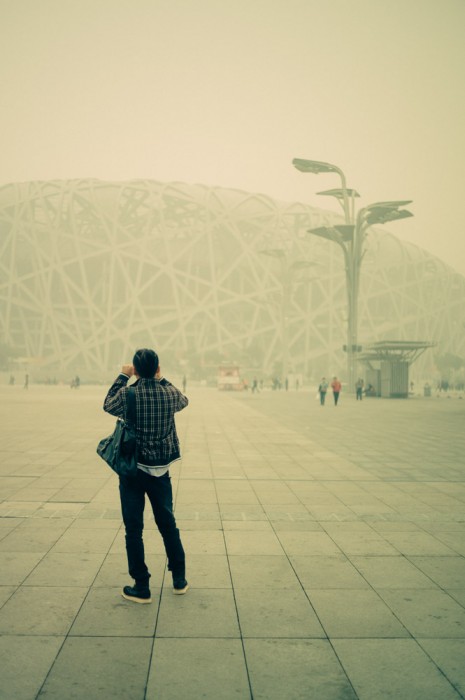 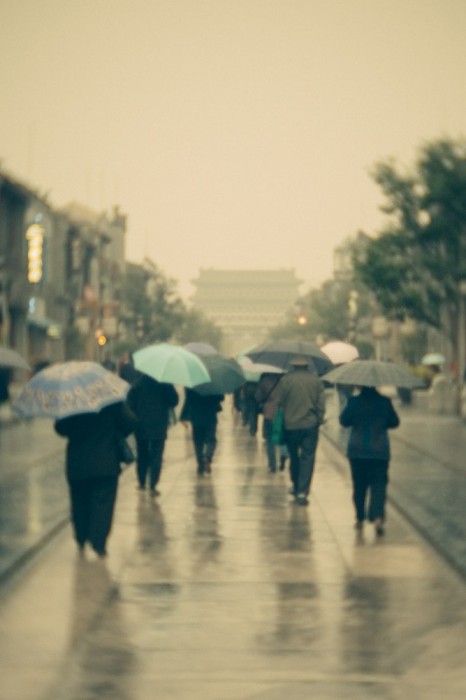 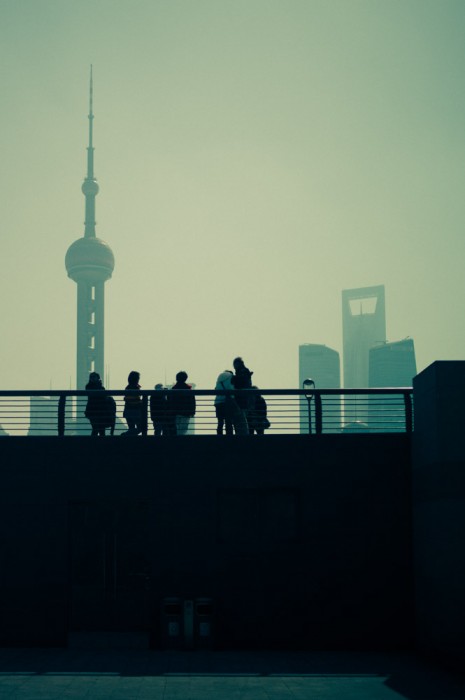 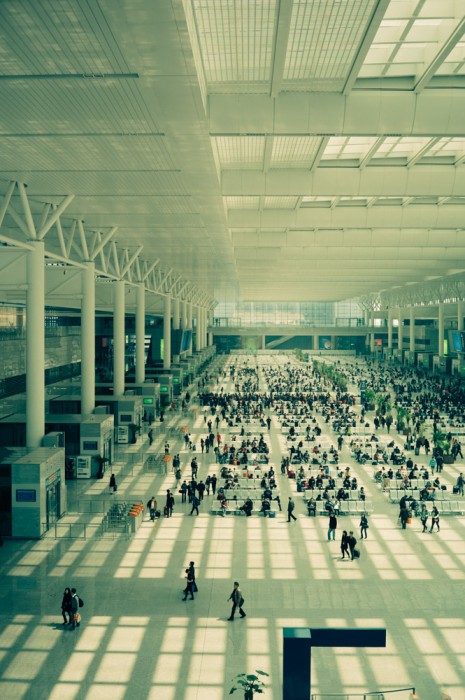 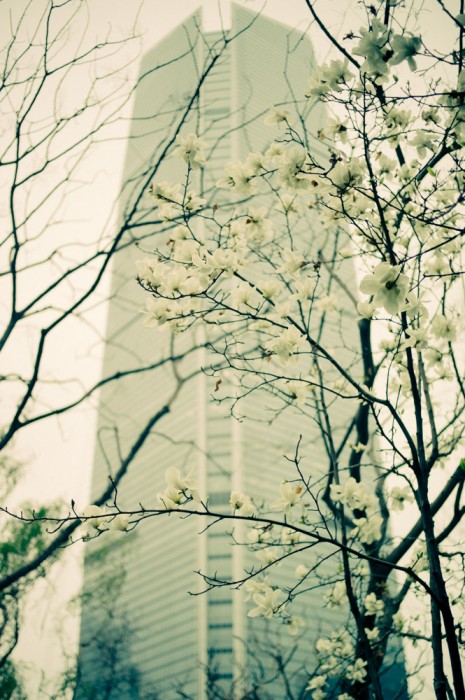 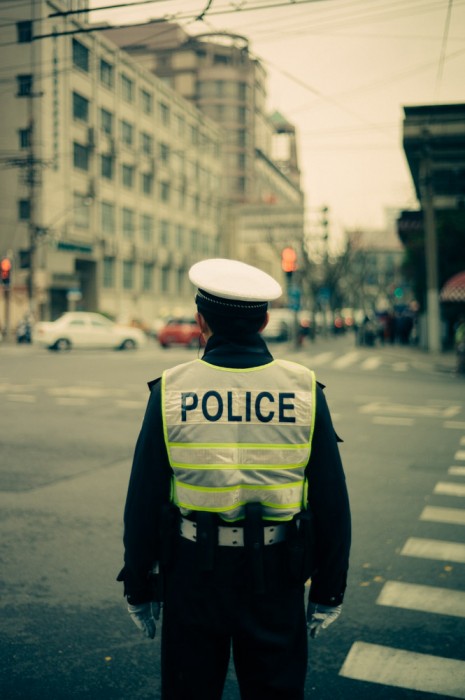 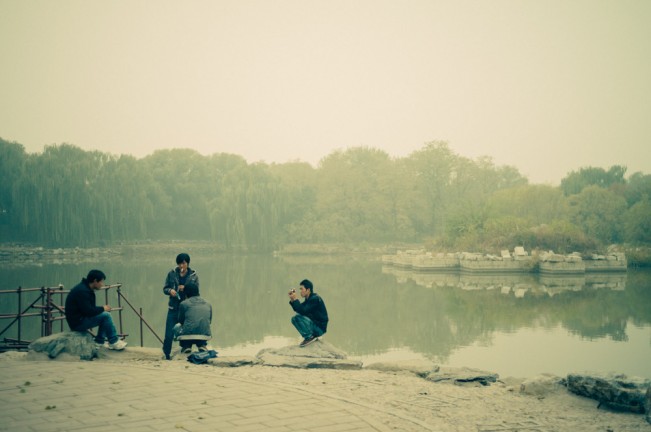 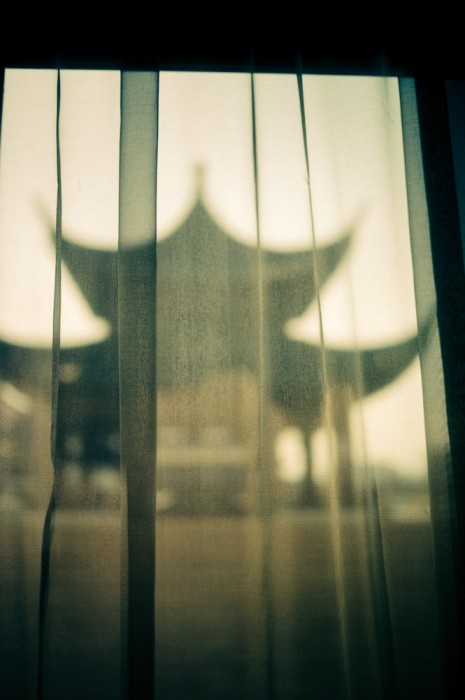 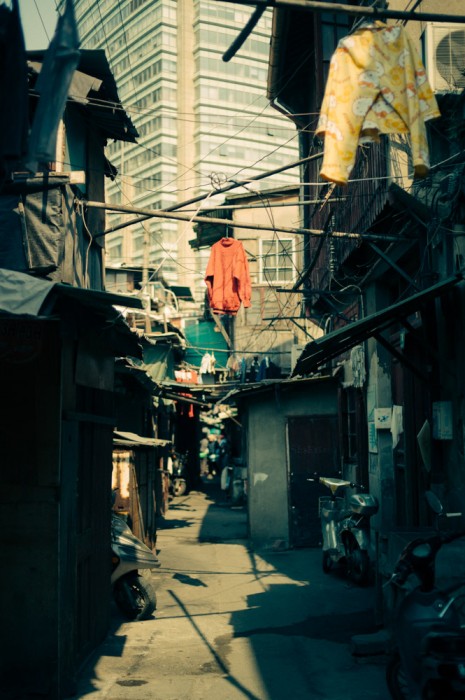 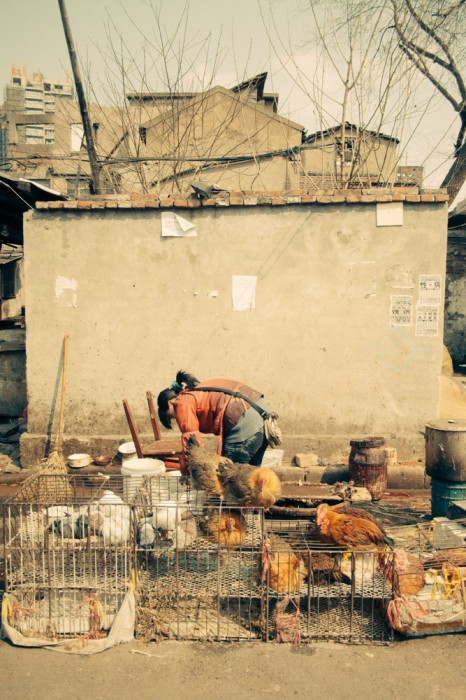 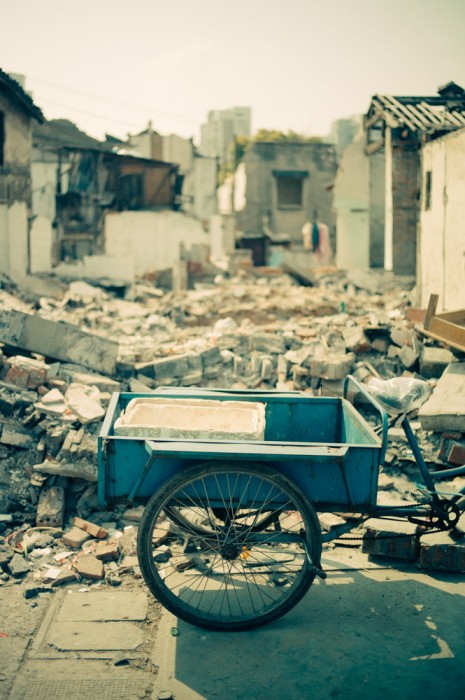 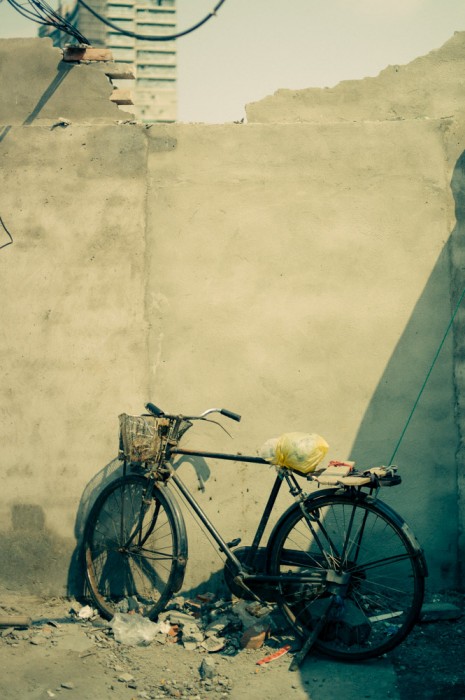 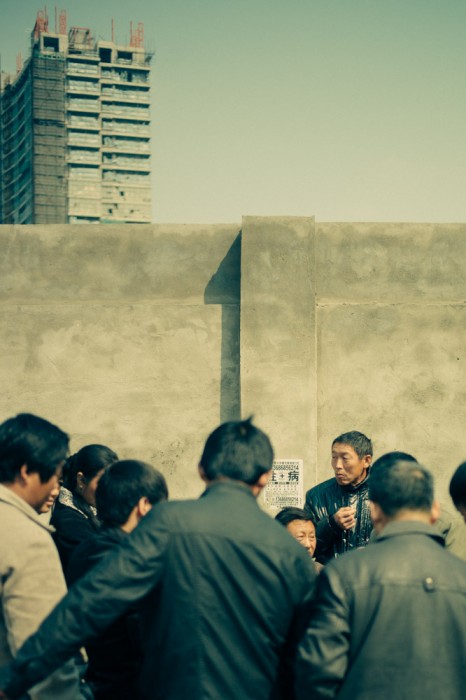 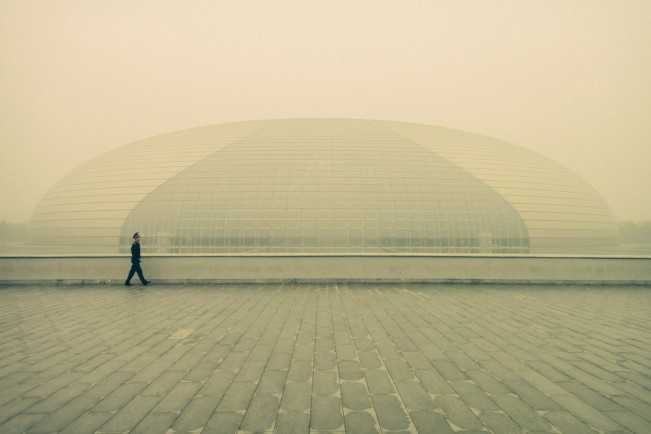 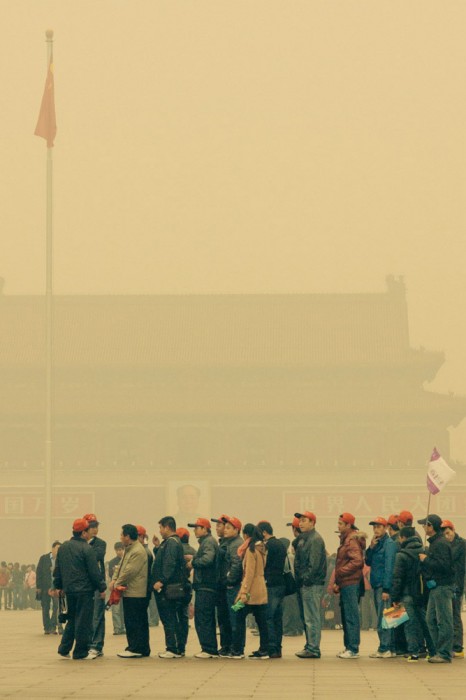