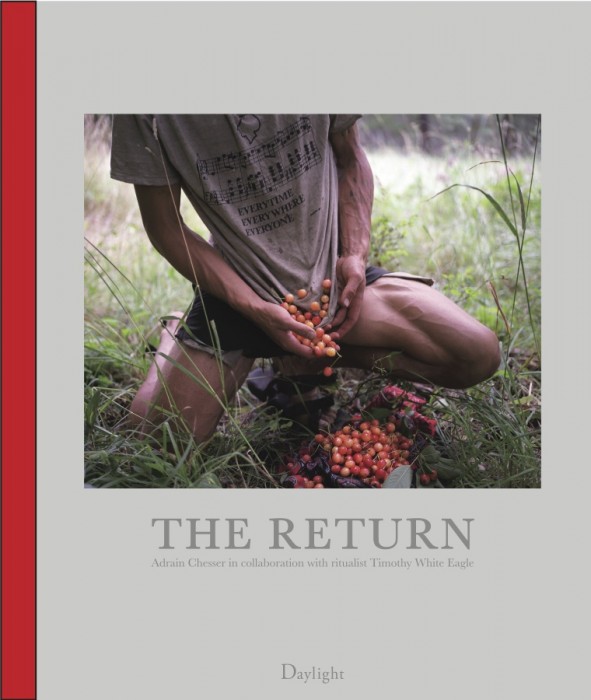 I have long been a fan and champion of Adrain Chesser’s terrific work and I am thrilled that he has just released a book through Daylight Books, The Return, after a successful Kickstarter campaign that is in collaboration with Timothy White Eagle. “From 2006 to 2012, Seattle-based photographer Adrain Chesser (born 1965) and Native American Ritualist Timothy White Eagle traveled throughout the western states of Nevada, Idaho, California and Oregon with a loose band of comrades, practicing a hunter-gatherer way of life. This bold adventure necessitated the collective rearing, killing and cooking of animals, foraging for berries, sleeping outdoors or creating shelter, and surviving harsh terrain. Chesser and White Eagle’s experiment produced the body of work titled The Return, a lyrical portrait of a contemporary nomadic existence. “Give back more than you take” is a well-known tenet of early hunter-gather societies, and The Return is a complex exploration of the attempt to implement this mythic ideal as it intersects with the reality of modern life.”

Adrain Chesser is a self-taught photographer who refined his craft and practice through a personal mentor/protégé relationship with the photographer Rosalind Solomon, and later with the photographer Debbie Fleming Caffery. His first critical success came with the body of work “I have something to tell you,” a personal exploration of what it means to disclose life altering news. In 2004 he was granted a year-long residency at the Santa Fe Art Institute. His work is part of the permanent collections of the Museum of Fine Arts, Houston, Portland Museum of Art, and The Norton Museum of Art, among others. He currently lives and works in the Pacific Northwest. 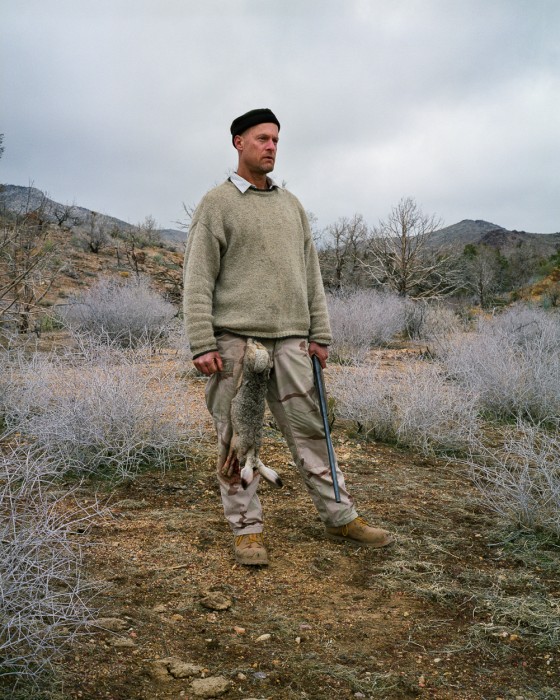 Timothy White Eagle is an Indigenous American of mixed ancestry. His mother was White Mountain Apache and his father was of unknown origin. He was adopted and raised in rural Washington State by working class white Mormon parents. He has a BFA from University of Utah. He spent many years working in amateur theater, cabaret, and improvisational performance art. For the past 20 years, Timothy has been exploring and creating rituals. Studying with Indigenous American, Pagan and Haitian elders, he explores traditional forms of ceremony. He helps lead rituals around the country in a wide variety of communities. In collaboration with visual and performance artists he co-creates works, which contain the conveyance of Spirit. He dances at a unique cross roads between ritual and art. 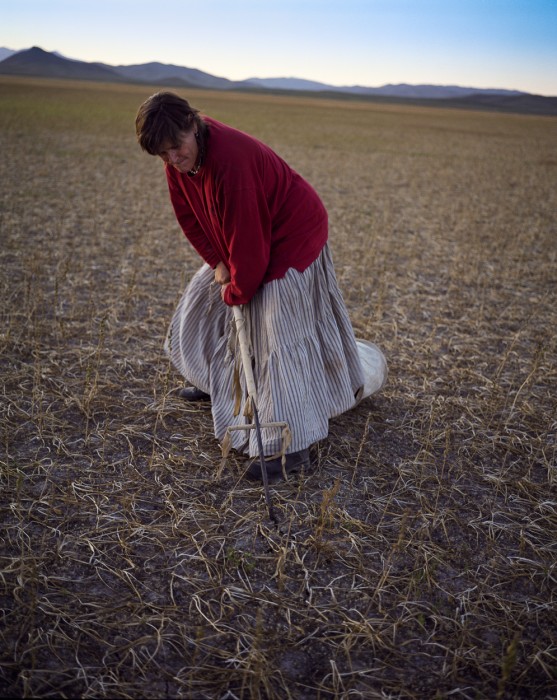 Daylight is a non-profit organization dedicated to publishing art and photography books. By exploring the documentary mode along with the more conceptual concerns of fine art, Daylight’s uniquely collectible publications work to revitalize the relationship between art, photography, and the world-at-large. For information, visit www.daylightbooks.org. To check out Daylight Digital, visit www.daylight.co. 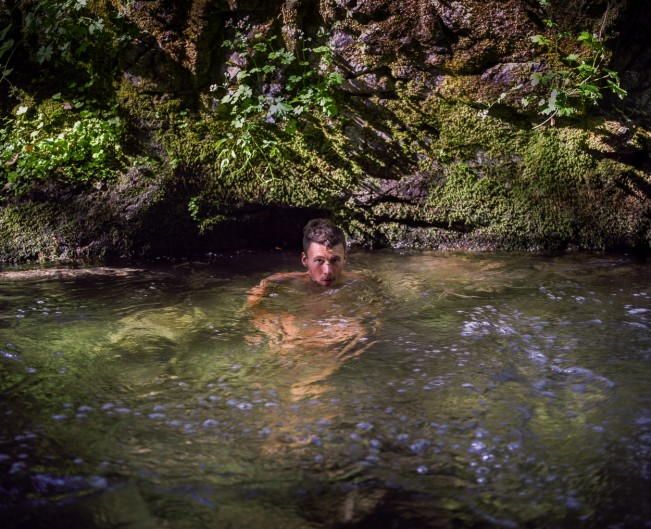 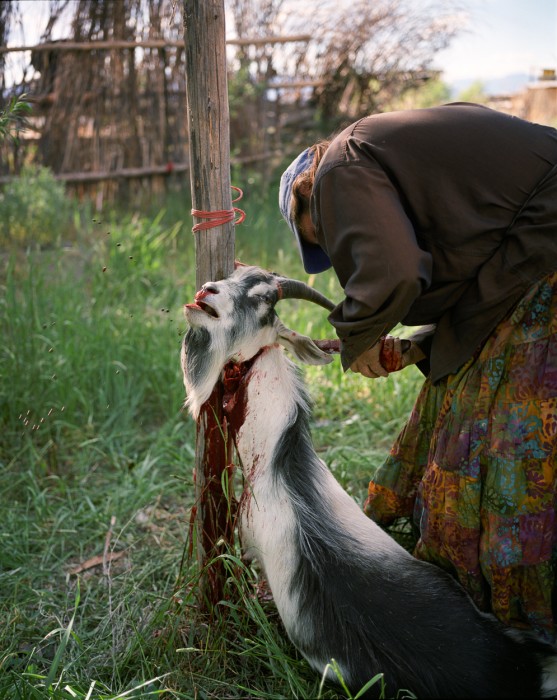 “Photography has been my highest spiritual practice. It is no coincidence that at a time when I was
abandoning the god and the religious dogma I was raised with, I should discover photography
as a means to interpret my life.” – Adrain Cheeser

“The First Nation tribes of indigenous North Americans are most often described as hunter gatherers. A term which lacks the depth subtly vital to understanding their complex life way …‘Giving back more than you take’ was meant literally. It was both an ideal, and a daily practice.” — Timothy White Eagle

Cheeser and his companions took refuge in old shacks, dug roots that were planted hundreds of years ago by Native American grandmothers, bathed in watering holes, herded goats, and nourished themselves on the bounty of abandoned orchards. During this enlightening adventure, the photographer would produce an exquisite body of photographs that will be published for the first time in The Return (Daylight, April 22, 2014) – an exploration of the mythic ideal of living symbiotically with nature as it intersects with the realities of modern life. The book publishes on Earth Day.

The Return fuses documentary and fine art to create a portrait of a people that live wild and free, untethered from society. Punctuating the images and providing further context are the lyrical texts and poetry of Timothy White Eagle, and others, based on the legends, folktales and mythology of Native American Indians.
White Eagle describes the subjects of The Return as coming from the disenfranchised margins of mainstream America. He writes, “Most are poor, some are queer, some are transgendered, some are hermits, and some are politically radical. All believe that major shifts are needed in the way modern society interacts with the natural world … Perhaps poetically; those attempting to live these ideals could be viewed as a rainbow tribe. In their search they struggle to be released from old ways of being. Cars, soda pop, cell phones and cigarettes follow them. Convenience has a magnetic power. Addictions, cravings, and desires are hard to break. These pioneers seek a new way in the world, while still learning to let go of the old.”

As a gay man who grew up in a white middle class neighborhood in a small Florida town, Chesser was painfully aware of being different from early childhood. As a photographer, this has drawn him to photograph people who are comfortable with visually expressing their “otherness.” In The Return, Chesser honors his subjects while also exploring the hidden truth of his own identity. 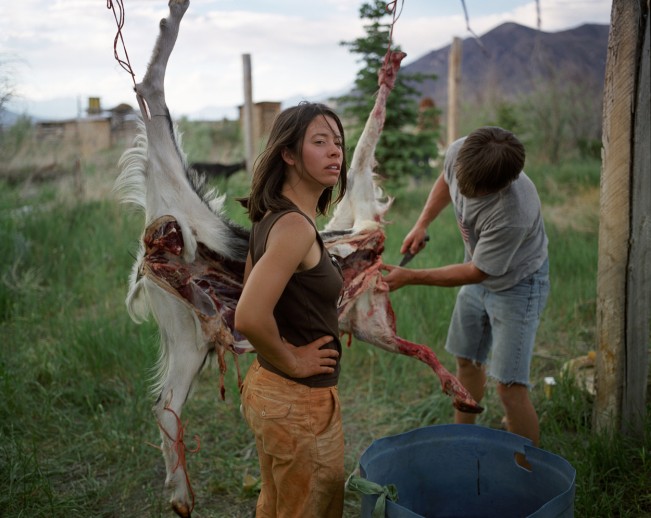 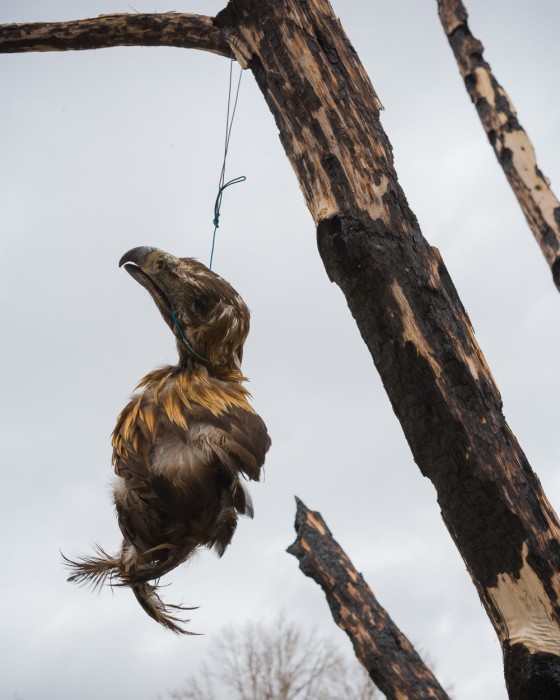 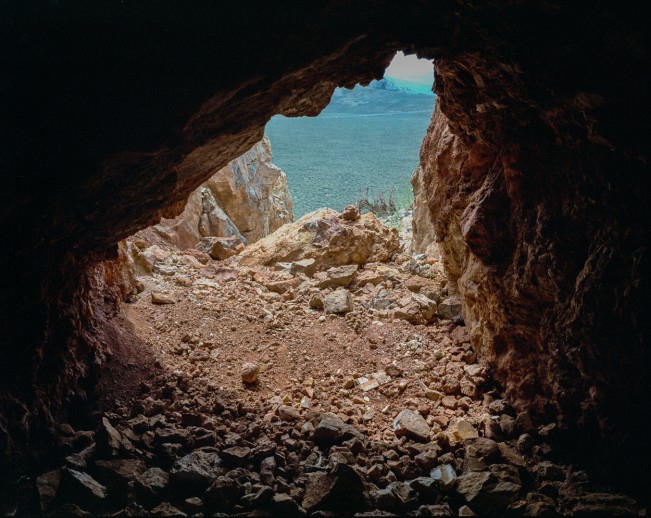 Heart of the Mother 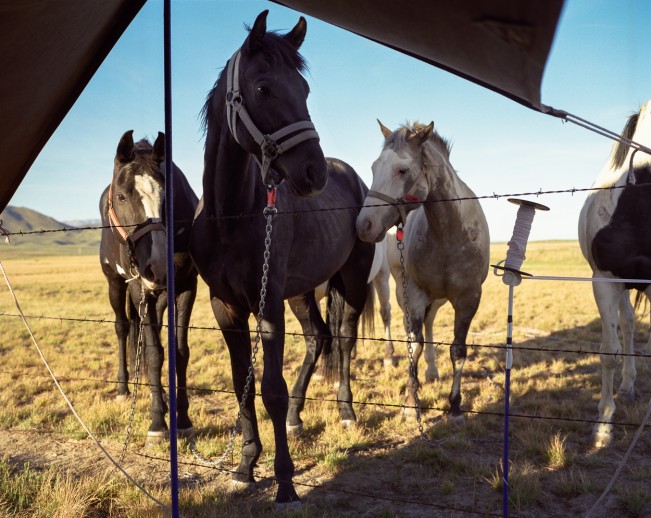 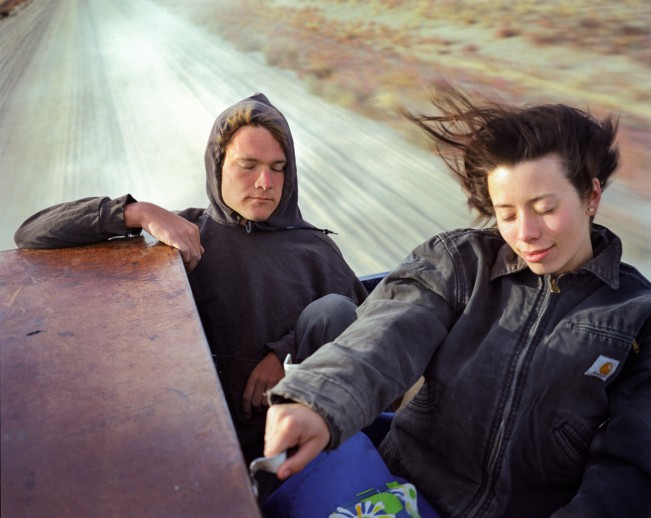 back of the truck, Nevada 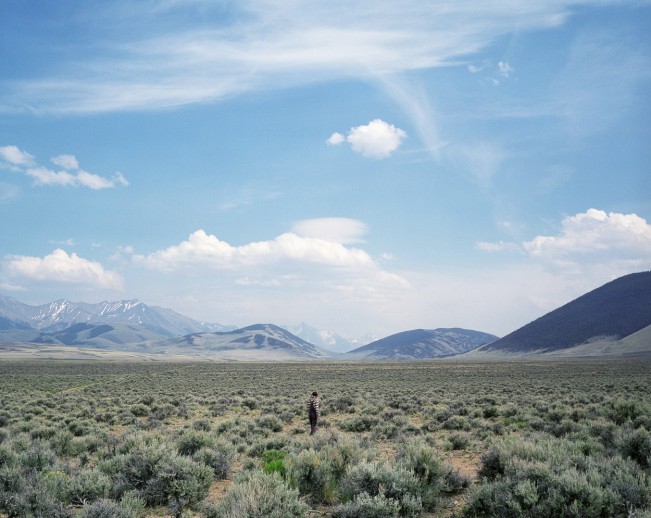 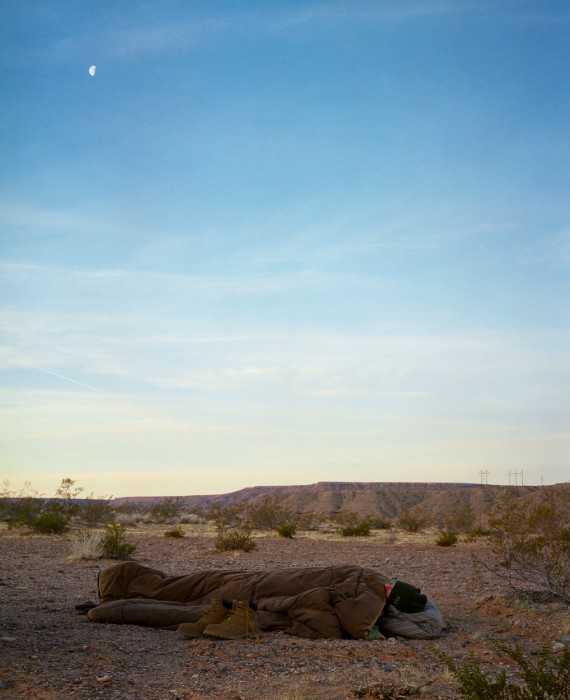 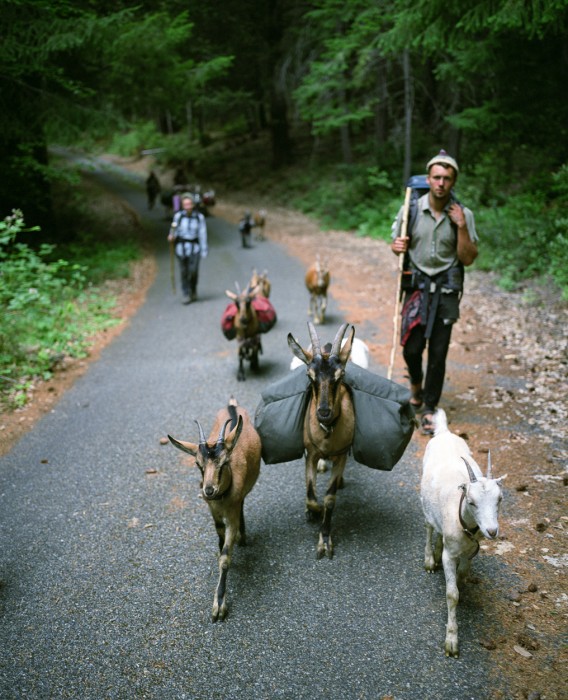