Last week and this week, Lenscratch will be celebrating the 2014 CENTER Award Winners. We are thrilled to align with such a wonderful organization that honors, supports, and provides opportunities to gifted and committed photographers. For 20 years, CENTER has launched careers, provided incredible exposure and inspired photographers to create work that excites and challenges the photographic dialogue. 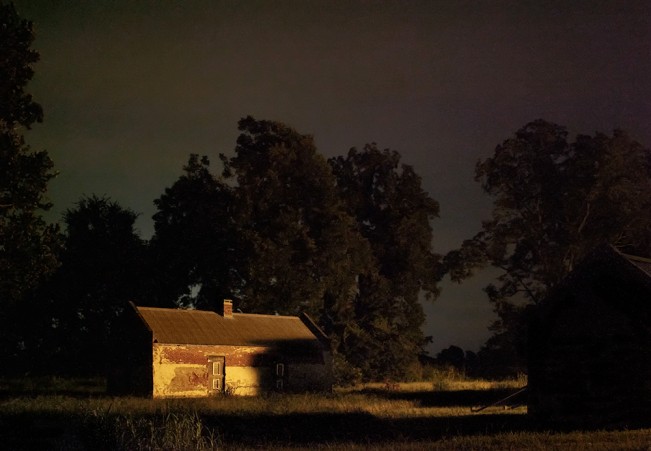 @Jeanine Michna-Bales, Decision to Leave
Magnolia Plantation on the Cane River, Louisiana
“They worked me all de day, Widout one cent of pay; So I took my flight in de middle ob de night, When de moon am gone away.” – chorus of Geo. W. Clark Liberty Song

First of all, I would like to express my thanks to all applicants for their diverse portfolios and for the opportunity to assess and evaluate the work. I am very impressed by the variety and diversity of the presented photographs.

Almost all of the submitted portfolios convinced with professionalism, creativity and technical knowledge. Corresponding to that, it was not an easy decision to choose three winners. Single images or whole stories needed to be able to leave a strong impression and catch your eye or your emotion.

For me, it is of utmost importance to see continuity, a personal handwriting, and images with a personal touch. Individual pictures aroused my interest directly, but the further photographs within the portfolio didn’t convince quite as much. In some portfolios, the idea behind the image or the story was terrific but the final result respectively the photograph was unfortunately not that persuasive to go for the next round.

Creativity, craftsmanship, continuity and ability are the important factors, which I saw in most of the submitted portfolios.

In particular I was impressed by those portfolios, which documented either a political or a private story and presented a balanced mix between portraits and still life.

Finally I decided for the three portfolios by Jeanine Michna Bale, Barbara Hazen and Ryan Zoghlin – although are very different, they were touching in a very special way. In my opinion they are outstanding, because of the dramaturgy of light, the composition and the preservation of old photographic techniques that merge with modern aesthetics.— Steffi Schulze, Gallery Management, Camera Work, Germany. 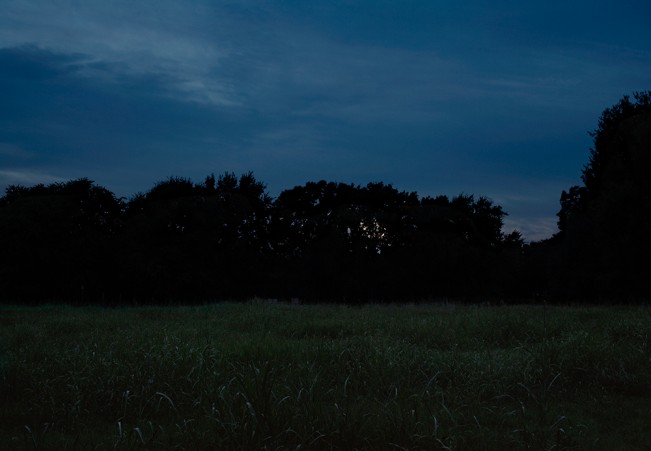 ©Jeanine Michna-Bales, On the Run
Northeast of the Cane River Plantations, Louisiana
“Run, Mary, run; Oh, run, Mary, run; I know the other world is not like this” – lyrics from a spiritual gospel

They left during the middle of the night – oftentimes carrying little more than the knowledge that moss grows on the north side of trees. An estimated 100,000 slaves between 1830 and the end of The Civil War in 1865 chose to embark on this journey of untold hardships in search of freedom. They moved in constant fear of being killed outright or recaptured then returned and beaten as an example of what would happen to others who might choose to run. Under the cover of darkness, ‘fugitives’ traveled roughly 20 miles each night traversing rugged terrain while enduring all the hardships that Mother Nature could bring to bear. Occasionally, they were guided from one secret, safe location to the next by an ever-changing, clandestine group known as the Underground Railroad. Whether they were slaves trying to escape or free blacks and whites trying to help, both sides risked everything for the cause of freedom. From the cotton plantations just South of Natchitoches, Louisiana all the way north to the Canadian border, this series of photographs can help us imagine what the long road to freedom may have looked like as seen through the eyes of one of those who made this epic journey. 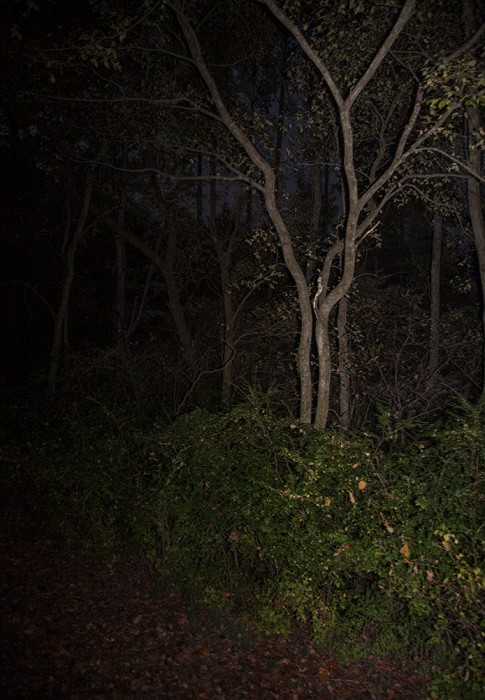 ©Jeanine Michna-Bales, Through the Underbrush
Along the Old Natchez Trace; Southern Tennessee
“It would be interesting to follow this heroic girl through her long, lonely journey through … Tennessee, and Kentucky to the Ohio River, sometimes camping in woods and swamps in the daytime, and traveling by the north star in the night, occasionally finding a resting place in a negro’s cabin, hungry, weary and footsore.” – as told by Eber M. Petit about Oneda Lacklow, a former slave living in Canada

Jeanine Michna-Bales’ work belies its initial simplicity and seeks to tell a narrative that explores the relationships between what has occurred or is occurring in our society and how people have chosen to react to those events. Her photographs are intended to be viewed in a series – each serving as a vital component in helping to tell the story. She meticulously researches each topic – considering various viewpoints, causes and effects, political climates, timelines and other relevant information – in order to build a solid framework from which to begin shooting. She feels the greatest complement her work could receive is that it sparks a discussion on the given topic. Whether rarely seen stations on the underground railroad or long-forgotten government fallout shelters, she hopes her images evoke a sense of curiosity and a desire for a deeper understanding of the subject. Before becoming a full-time artist, Jeanine worked as an award-winning advertising agency art director. She uses her design background extensively – from framing shots to designing the informative introductions that accompany her shows – to create visually engaging documentary photographic series that clearly communicate her ideas. 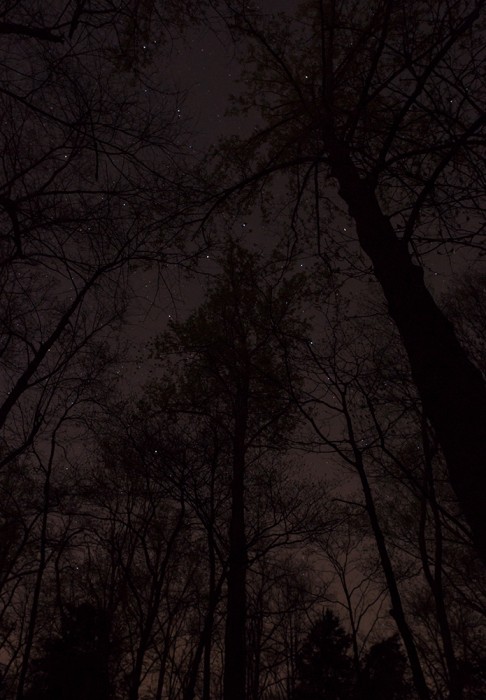 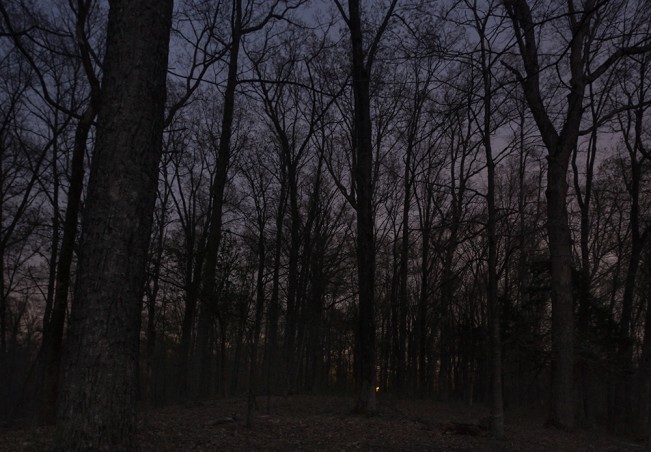 @Jeanine Michna-Bales, On the Way to Rest
Warren County, Kentucky 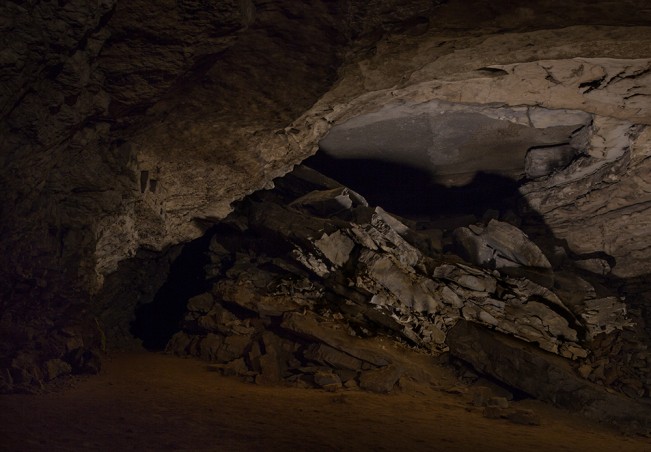 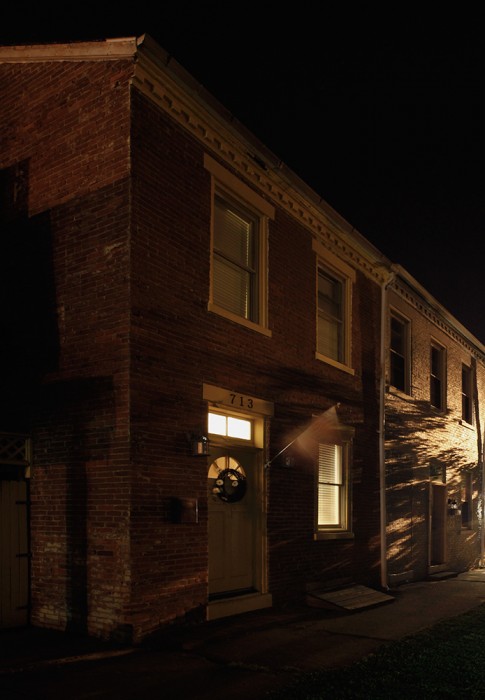 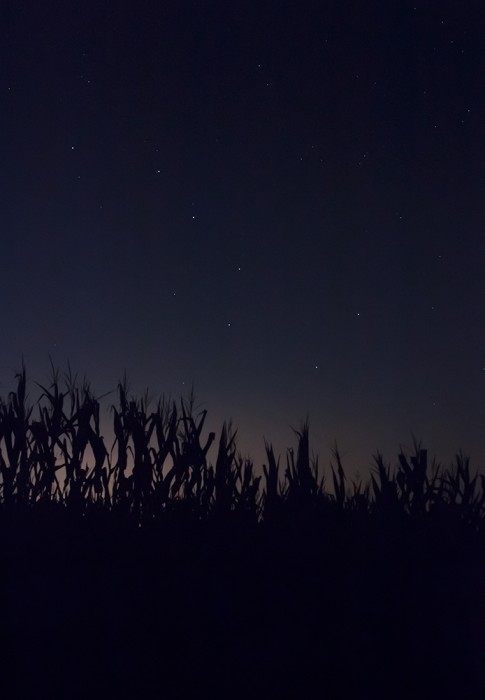 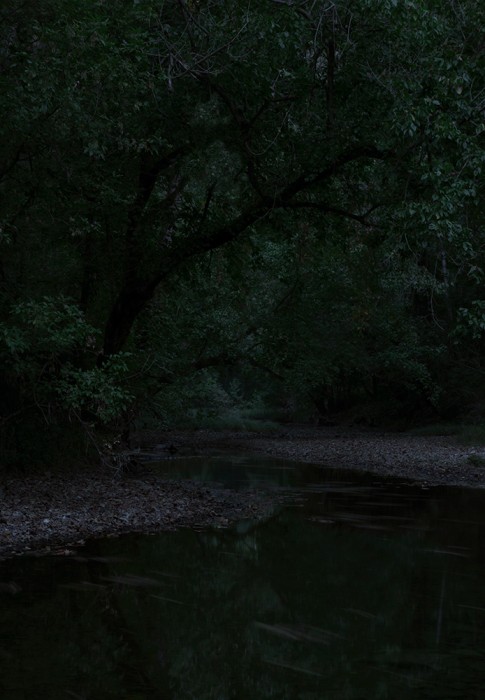 @Jeanine Michna-Bales, Wade in the Water
Graham Creek in Jennings County, Indiana
“Wade in the water, wade in the water children, God’s a-going to trouble the water” – lyrics from a spiritual gospel warning to avoid the hounds 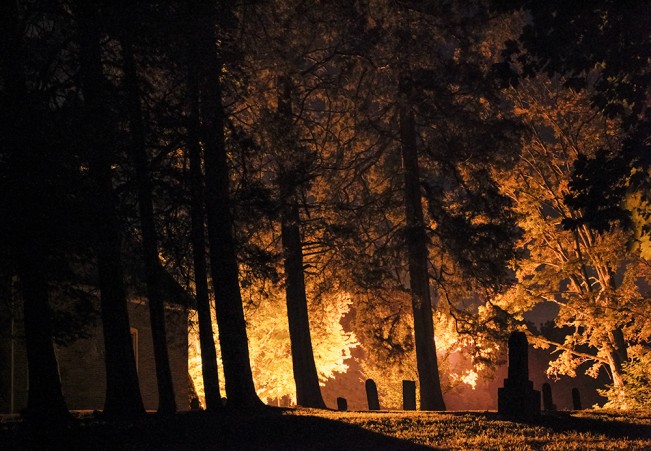 @Jeanine Michna-Bales, On the Way to the Hicklin House Station
San Jacinto, Indiana 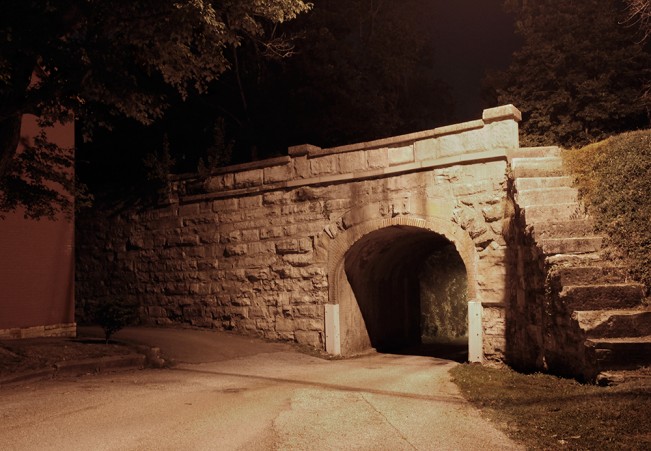 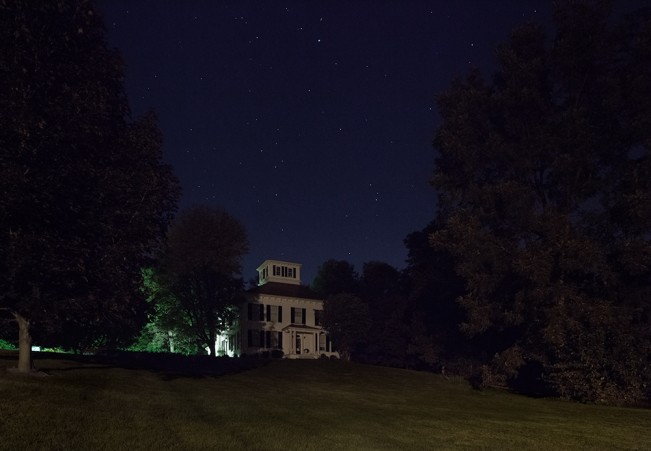 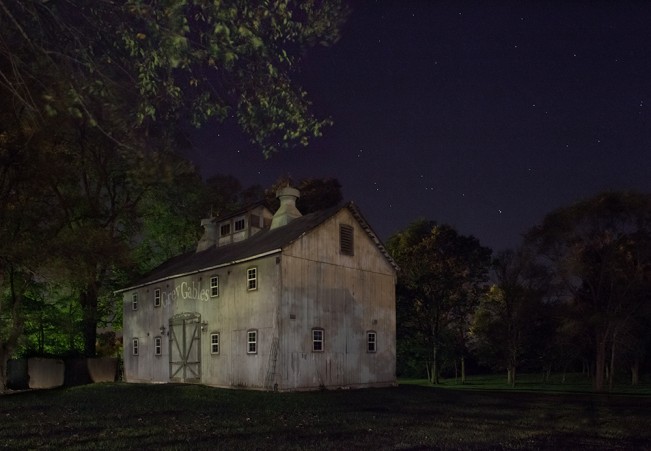 @Jeanine Michna-Bales, Look for the Grey Barn Out Back
Underground Railroad Station with Tunnel Leading to Another Conductor’s House; Centerville, Indiana 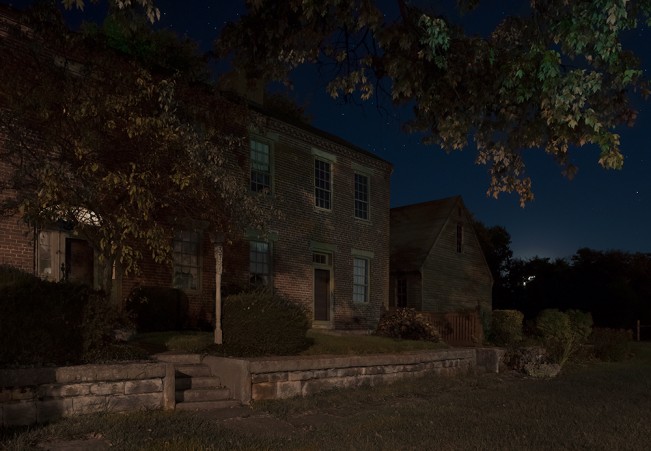 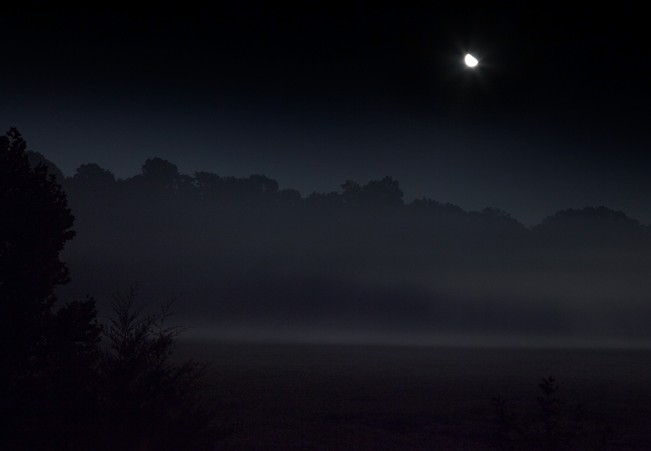 @Jeanine Michna-Bales, Moonrise over Northern Ripley County
Overlooking Southern Decatur County, Indiana
“Many ran for their lives for weeks from the Deep South [without any] idea how far they had to travel and they were armed with little more than the knowledge that moss grew only on the northern side of trees.” — Mr. Small a character from the novel ‘The House of Dies Drear