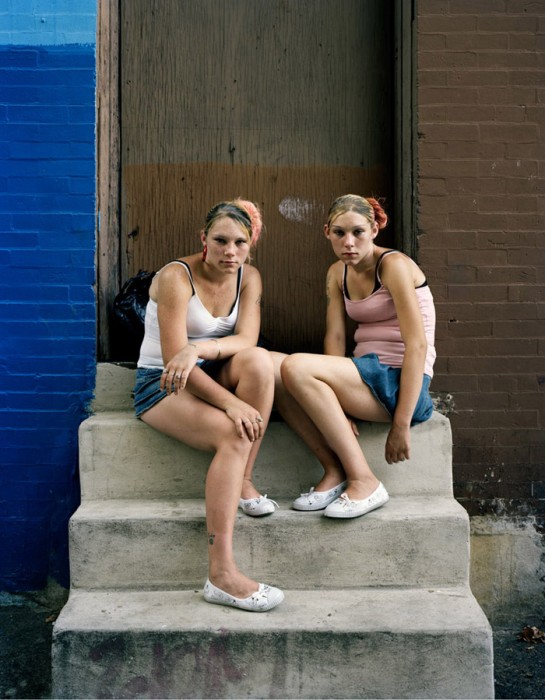 Some photographers just know how to do the hard work of connecting with people, especially those on the the fringe, in pain and in need.  Jeffrey Stockbridge brought an insightful and powerful body of work, Kensington Blues, to Review Santa Fe that examines one particular neighborhood in Philadelphia stained with poverty, drug abuse, and prostitution.  I have great admiration for Jeffrey and his ability to tell the stories that need to be told, making us remember that many Americans are not living the dream.

Jeffrey graduated from Drexel University with a BS in Photography in 2005. His photographs of abandoned houses, prostitution and drug addiction focus on humanizing the elusive underbelly of inner-city life. His work has been included in recent exhibitions at The National Portrait Gallery London, The Philadelphia Museum of Art, The Delaware Art Museum, The Delaware Center for Contemporary Arts, The Houston Center for Photography, The Wapping Project Bankside and The Print Center. Stockbridge’s current series Kensington Blues, was accepted into Review Santa Fe and awarded a Critical Mass Top 50 Winner by Photolucida. In 2010, Stockbridge was nominated for the Taylor-Wessing Photographic Portrait Prize and he was recently shortlisted for both the Lange-Taylor Prize and the Center For Documentary Studies First Book Prize. Stockbridge is a recipient of a Pennsylvania Council on the Arts Grant, an Independence Foundation Fellowship and a CFEVA Fellowship. His work has been featured in publications such as The NY Times Magazine, The Telegraph UK, Time Magazine, Vignette Magazine, Feature Shoot, SiouxWIRE and The Rust Belt Rising Almanac. 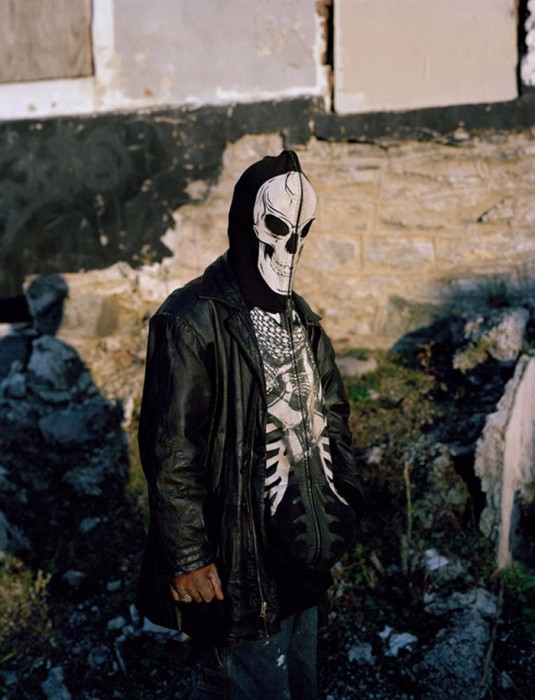 Kensington Blues is a portrait photography project of the residents who live along Kensington Avenue in North Philadelphia. During the nineteenth century, Kensington was a prosperous neighborhood, a national leader of the textile industry and home to a diverse population of immigrants. Industrial restructuring of the mid 20th century lead to a sharp economic decline including high unemployment and a significant population loss. Today, Kensington Avenue is infamous for drug abuse and prostitution. The Ave runs approximately 3 miles through one of Philadelphia’s most crime-ridden neighborhoods. Women-some as young as twenty, others who’ve been on and off the Ave for twenty years–populate the neighborhood in great numbers. Prostitution has become a social norm. Drugs such as Heroin, Crack and Xanax are sold out in the open. Addicts sell clean needles for a dollar a piece– ten needles equals a bag of dope. 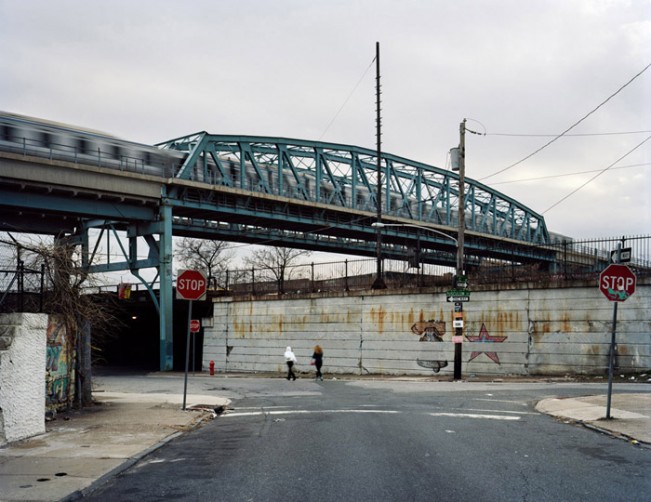 With the roaring El train overhead, Kensington Avenue is in a state of perpetual hustle. Working with a 4×5 camera, I have deliberately chosen a slow photographic process in order to slow down the rapid speed of life as it happens along the Ave. The focus of my work is portraiture. I want to tap into the state of mind of those who live in Kensington. I am interested in how people survive the neighborhood and themselves. I ask residents to share their stories and I record audio or have them write in my journal. Rather than write about my subjects, I prefer to hear their voice or read their handwriting, direct from the source. I pair the audio narratives with portraiture photographs on my website kensingtonblues.com. Combining the stillness of a single photograph with the motion of audio recordings, I create a gap in the story for the viewer to explore. My goal is to enable people to relate to one-another on a fundamentally human level, in spite of the vast differences between them. I rely on the trust and sincerity of those I photograph to help me in this process. 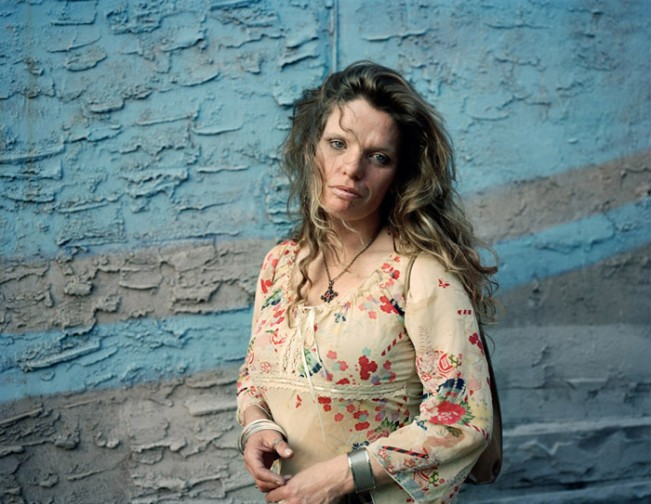 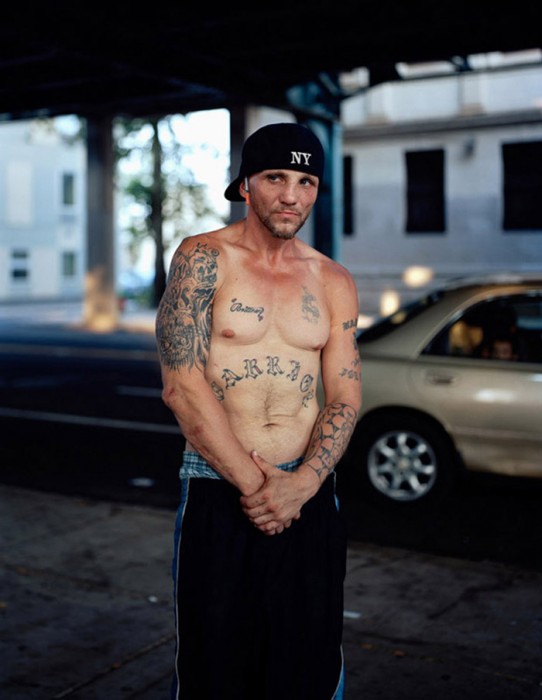 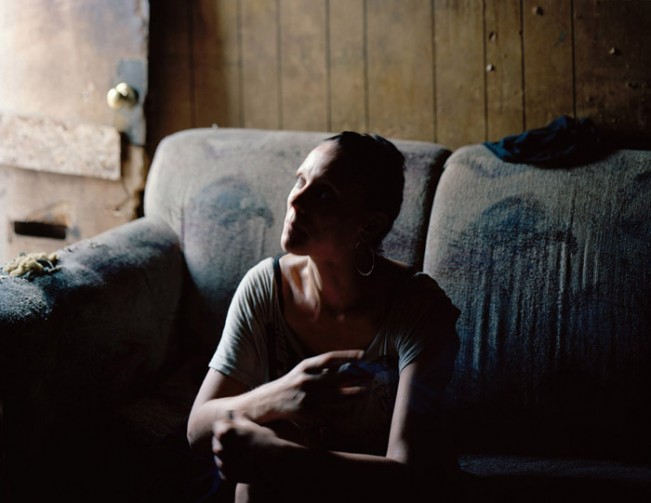 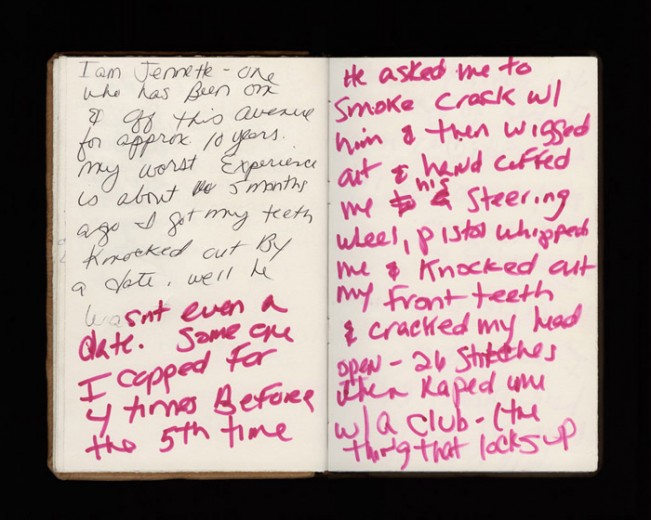 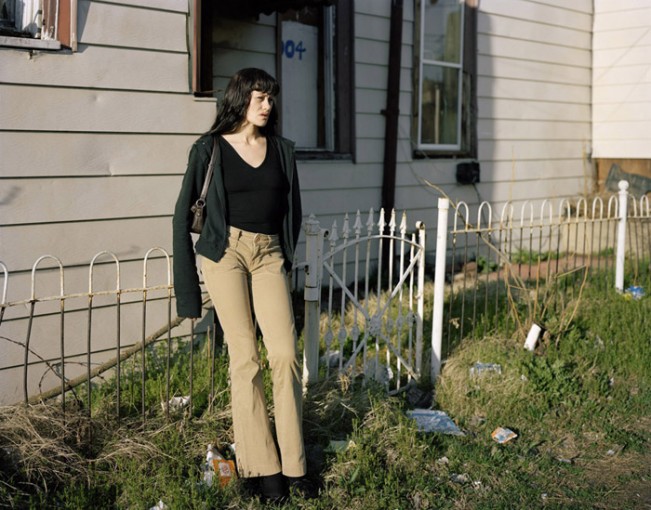 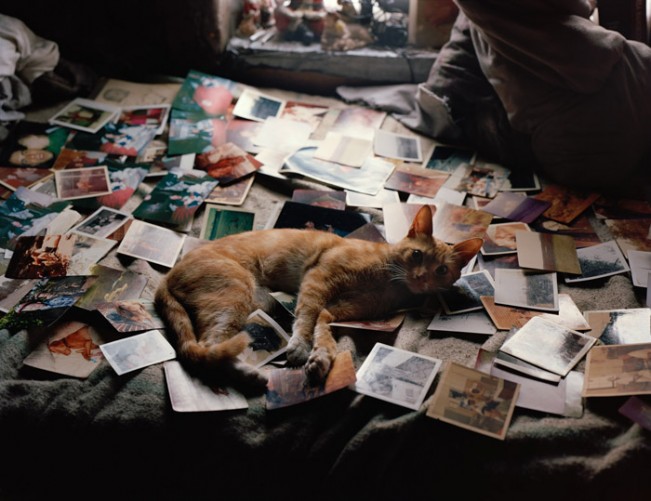 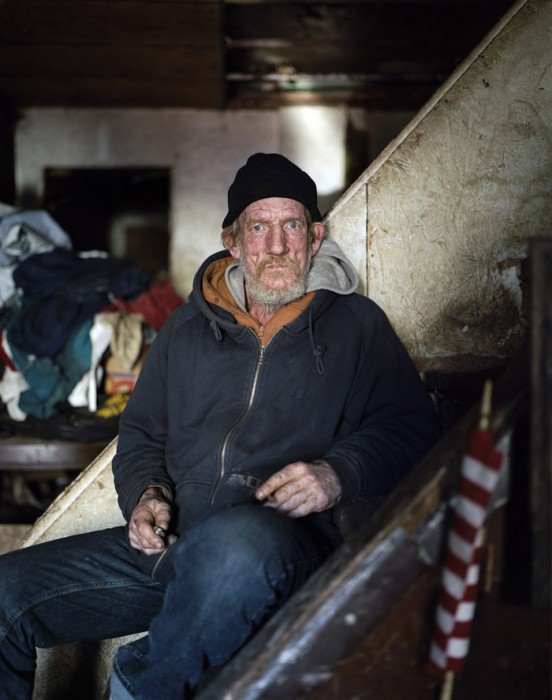 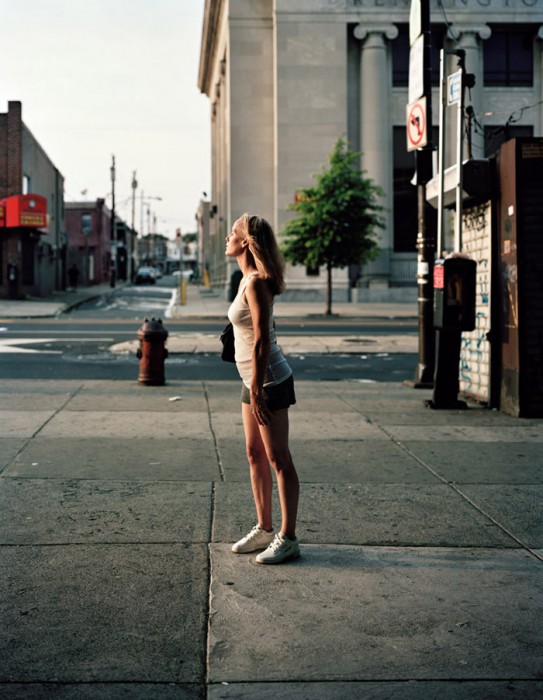 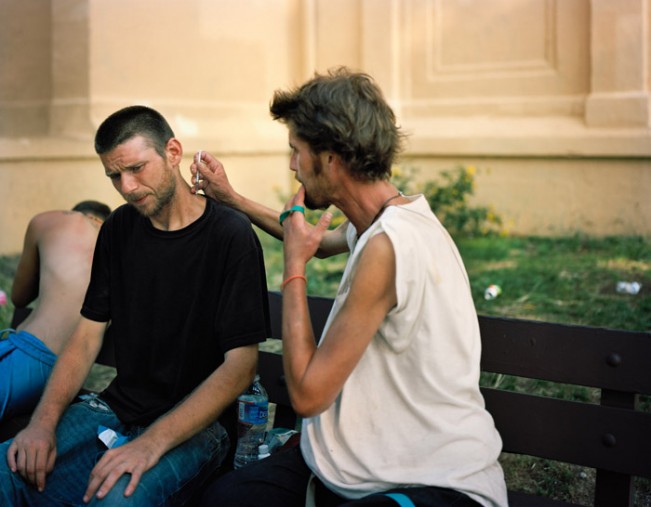 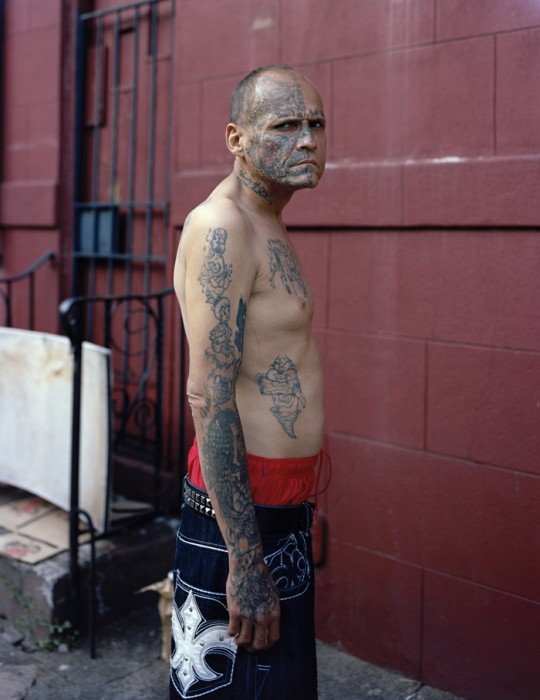 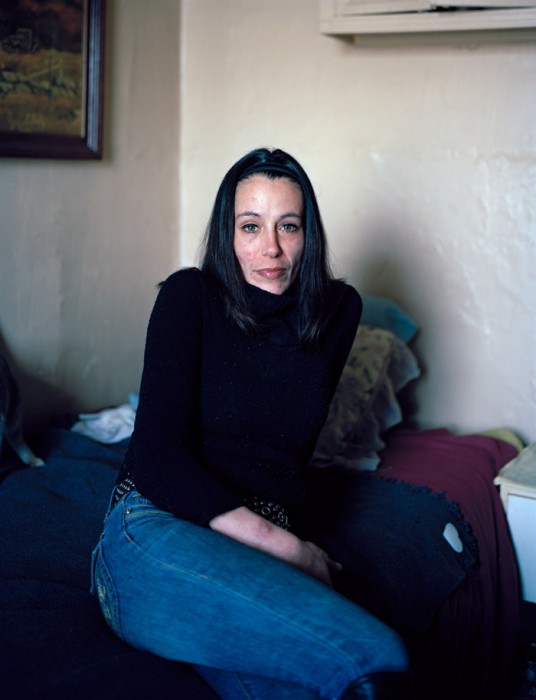 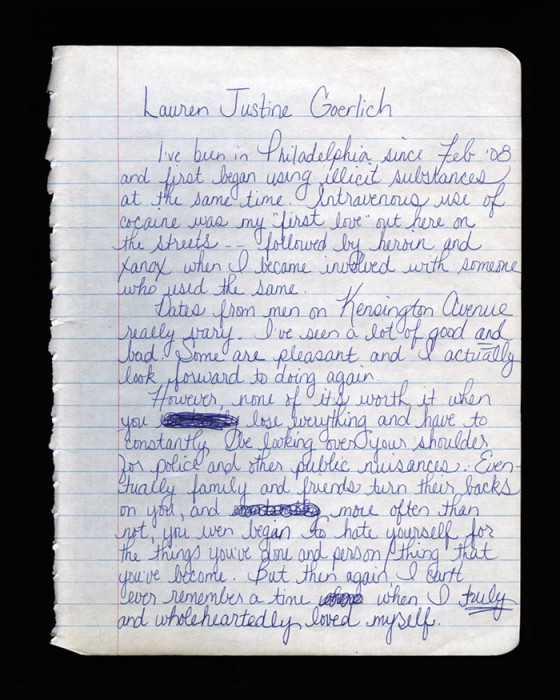