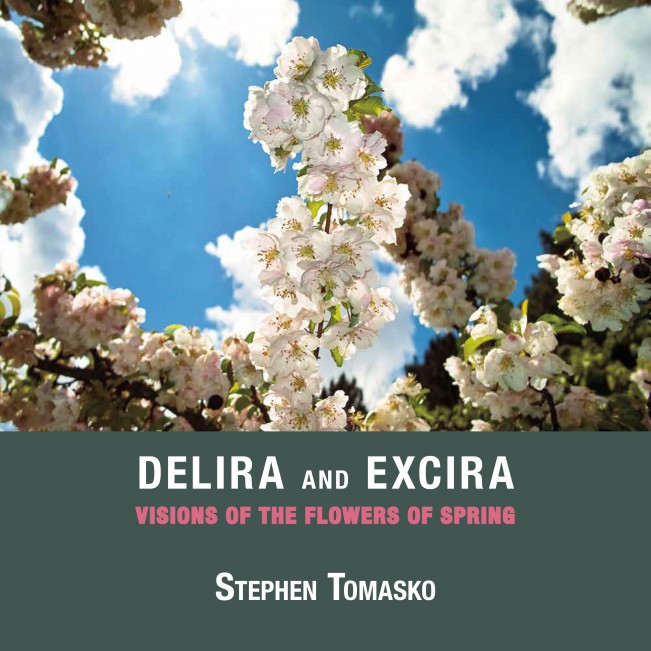 I first featured Stephen Tomasko’s photographs of flowers in 2010–he had already been working on the project for three years, and now, seven years later he has a monograph of his spectacular capture of flora, Delira and Excira. His dimensional, richly saturated images bring spring blooms into hyper reality. In the Spring of 2015, Stephen will show of a new body of work, entitled Spring’s First Green at the Little Gallery at his alma mater Bowling Green State University.

Stephen was born in 1966 in Parma, Ohio. He graduated from Bowling Green State University (Ohio) in 1988 with a B.A. in Art History, and received an M.F.A. from the University of Delaware (Delaware) in 1991. He taught at the college level for eight years, including the University of Delaware, Cecil College (Maryland), and Neumann College (Pennsylvania). Today he makes art full time in Akron, Ohio, where he lives with his wife and daughter.

Stephen’s work is held in collections nationally and internationally. This work has been the subject of gallery exhibitions for over 25 years. Recent solo exhibitions include The University of Michigan’s Matthaei Gallery in Ann Arbor, Michigan (2009); The Little Gallery, Bowling Green State University, Huron, Ohio (2010); The Guren Gallery at the Cleveland Botanical Gardens (2012); The Schnormeier Gallery at Mount Vernon Nazarene University, Mount Vernon, Ohio (2013); and the artscene gallery, Vermilion, Ohio (2014). In 2011, a group of his flowering images was purchased by the Akron Art Museum for its permanent collection, and later that year selections were exhibited in the museum’s exhibition Flora. In 2013, Stephen was awarded an Individual Excellence Award with an accompanying grant from the Ohio Arts Council. 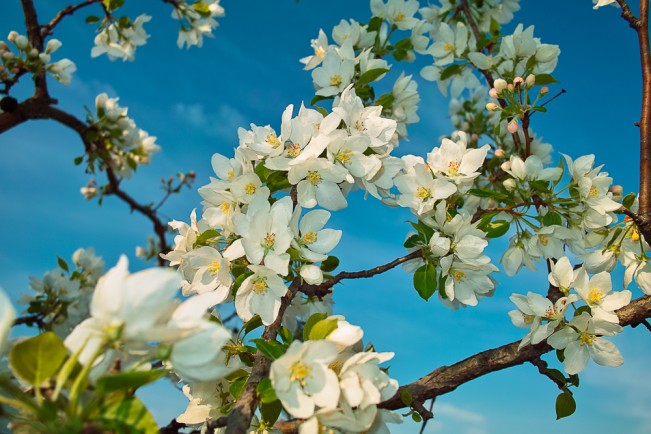 Delira and Excira: a term of Irish origin meaning delighted and excited.

I had been photographing gardens for twenty-five years, however it was only in 2007, as I began to work in color and add supplemental light to the scenes, that the flowering imagery began to take on a theatrical life all its own. People would come into my studio, gravitate to the blossoms, and say, “It smells like flowers in here.” For me, stimulating multiple senses is one of the best possible reactions to a work of visual art, and so the project continued on with increased passion.

Around the same time, I also discovered the value of making the exposures in the spring and then waiting to take a first look at the frames until the gloomy days of January. This method provided me with a way to cope with the endless gray of winter while also giving me a crucial sense of perspective concerning the work. Each winter brought the exhilaration of experiencing all that had been composed during the previous spring and suggested intriguing ways to further that work in the months to come.

In the end, the ongoing thrill has been to recreate on paper that feeling of delira and excira, of being delighted and excited at what nature has provided and what can be created through art. For the work to succeed, I have learned that this portfolio has little use for restraint. The frames need to be packed from edge to edge with natural abundance and they must convey nothing less than the essence of the sweet fragrance in the air, the fresh spring light, the touch of petal and pollen, and emotionally intense experiences with the landscape. Winter’s delighted and excited visions of spring become realized. 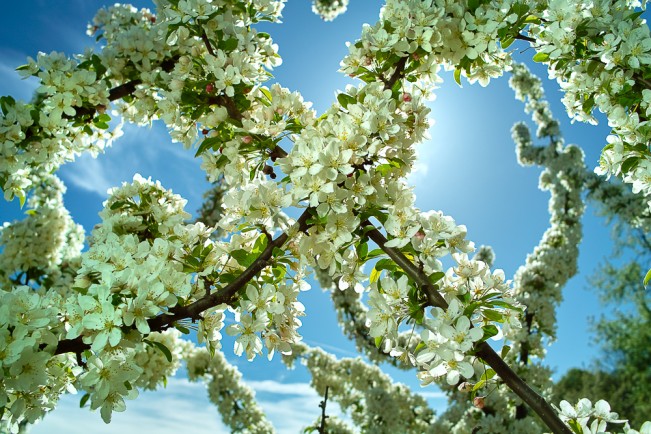 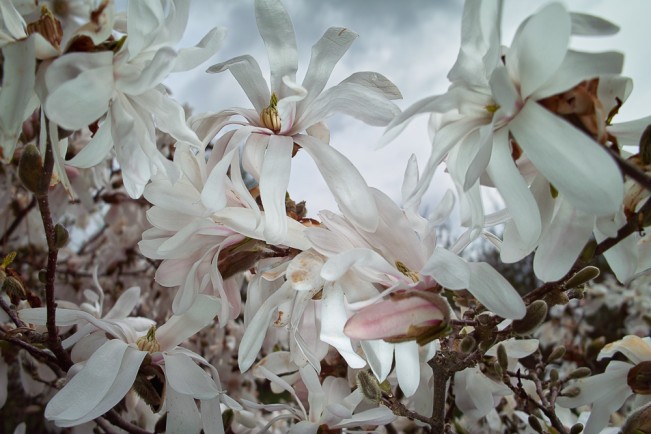 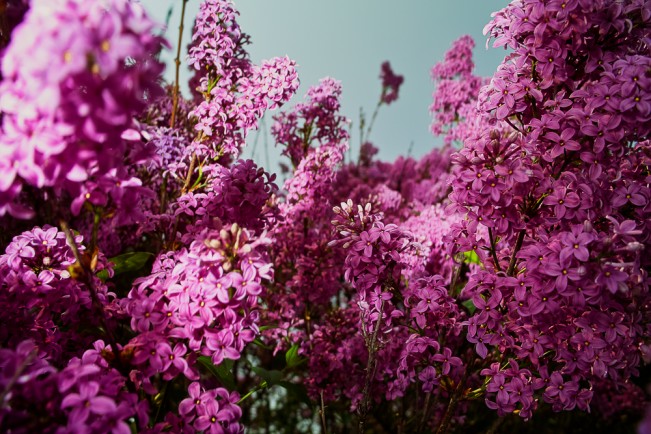 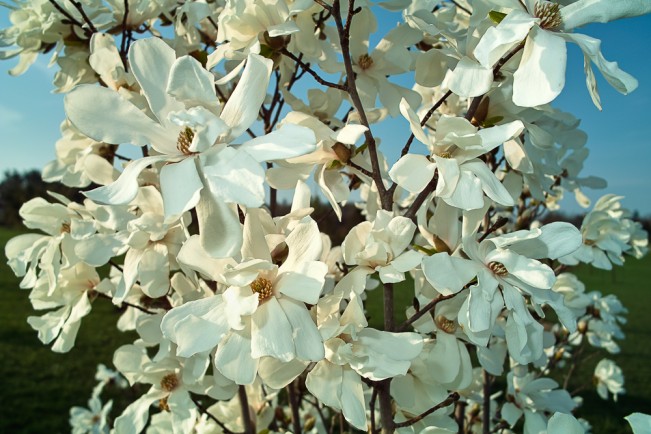 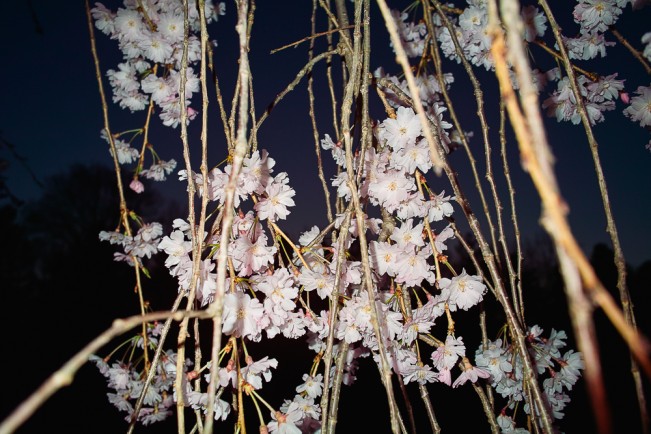 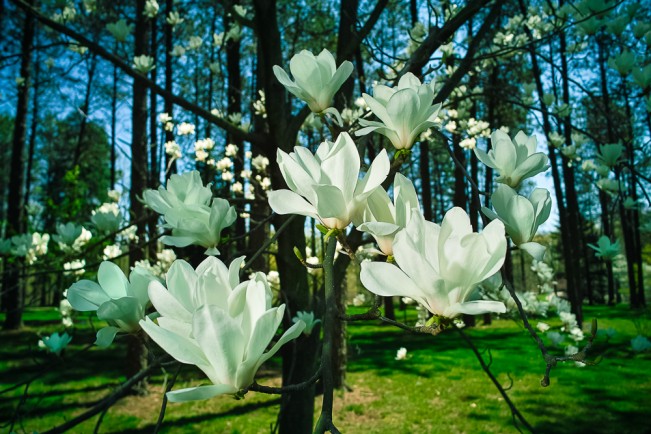 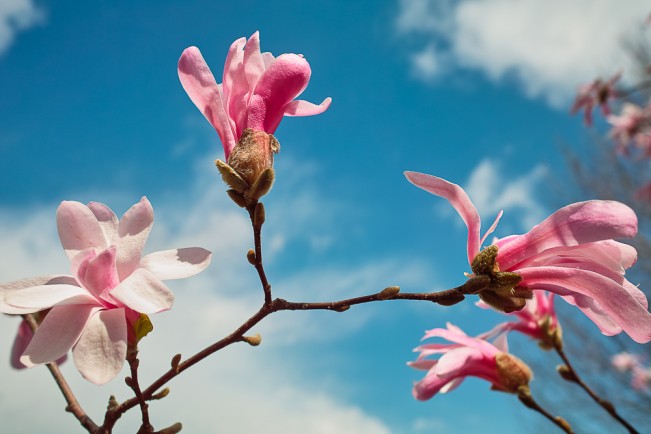 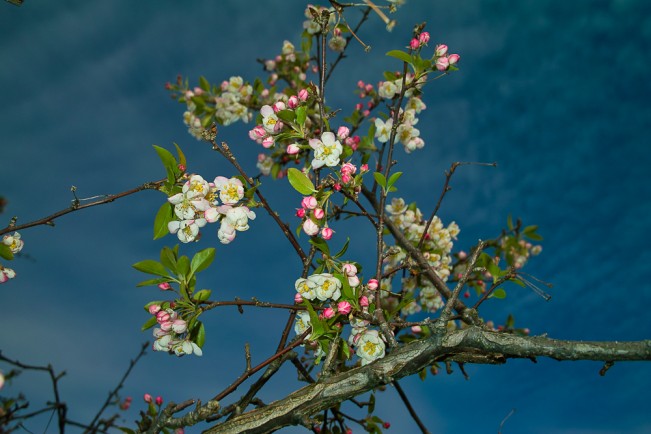 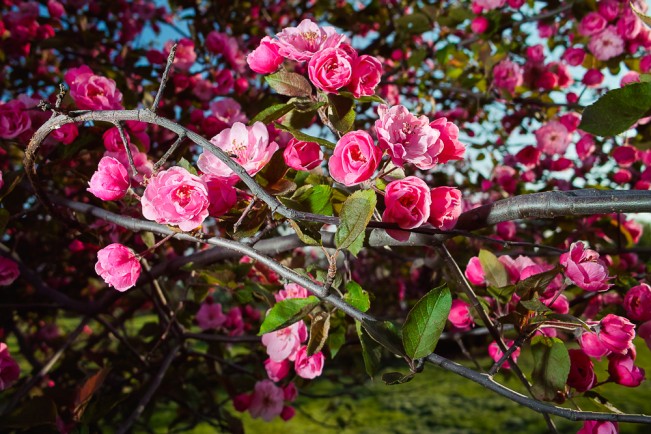 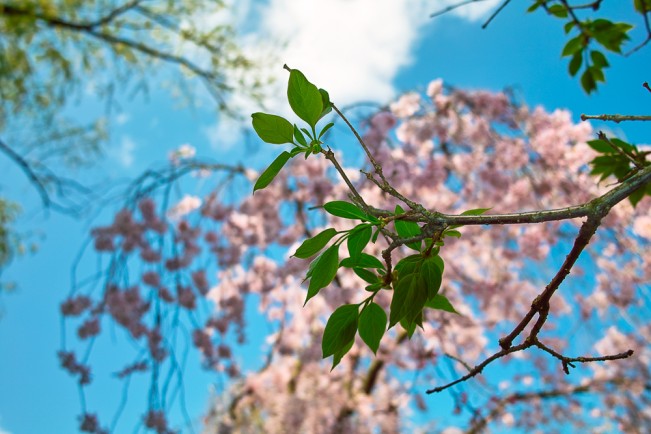 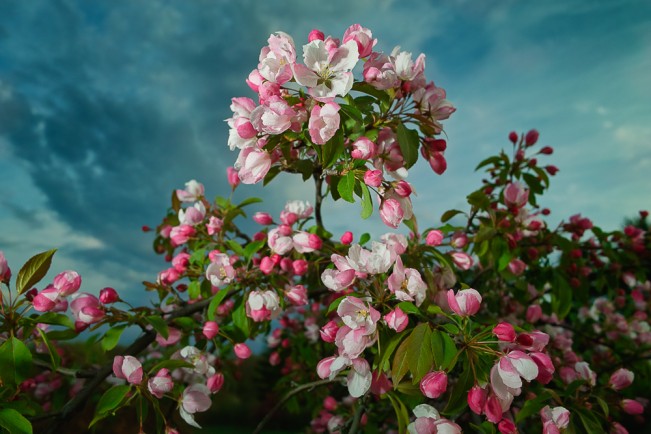 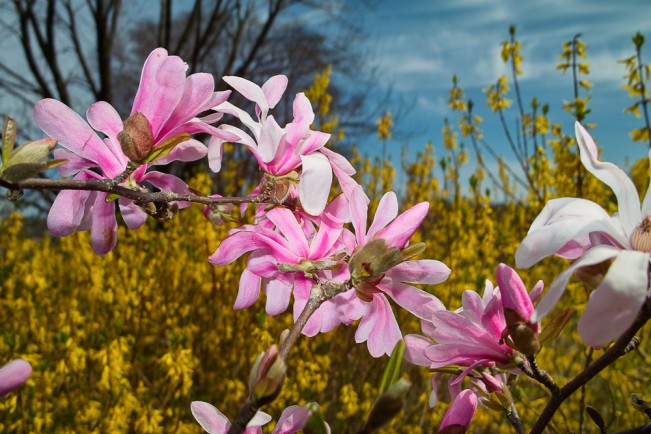 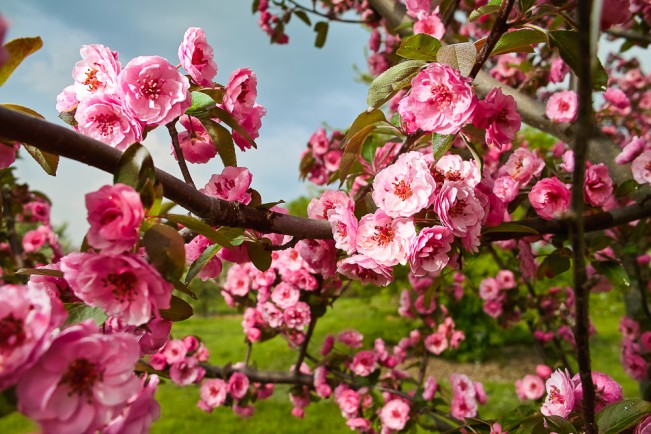 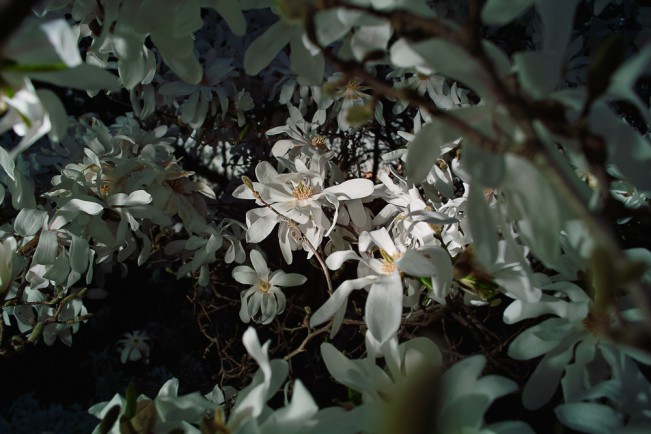