Fritz Liedtke: Skeleton in the Closet by Aline SmithsonNovember 22, 2014 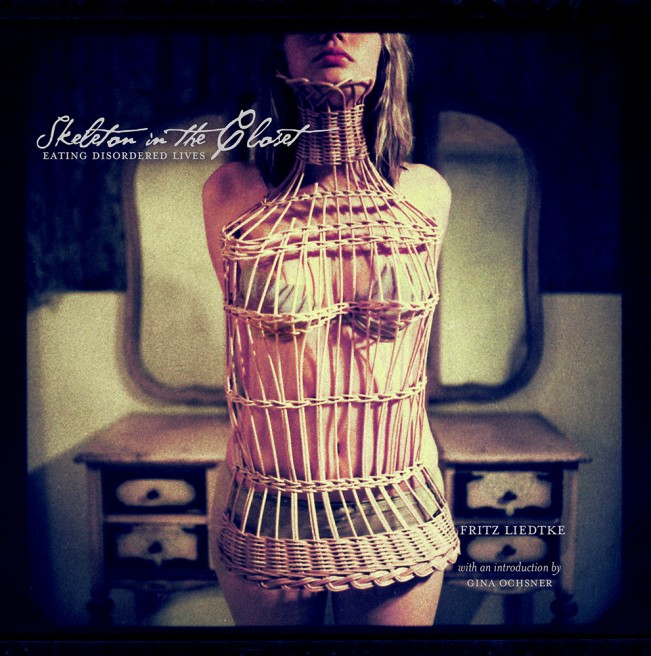 Earlier this year, artist and photographer Fritz Liedtke’s launched a new book, Skeleton in the Closet: Eating Disordered Lives, which is the culmination of eight years of listening to and photographing women and men with eating disorders, in particular, people struggling with anorexia and bulimia.   Fritz relates the story of his own struggle with anorexia in his introduction and the book is prefaced with an essay by award-winning novelist Gina Ochsner, offering insight and hope to anyone wanting to better understand eating disorders and the challenge of overcoming addiction. Skeleton in the Closet is available at Amazon.com, Barnes and Noble, and other fine booksellers.  Lenscratch readers can purchase the book from Fritz and save 15% with this code: ZP55RMNE (https://www.createspace.com/4359865). A link to a Publishers Weekly interview (who gave the book a starred review)  with Fritz is  here.

Fritz holds a BFA in photography and printmaking, and has won numerous awards, grants, and residencies for his work. His images have been widely published in magazines such as Lenswork, PDN, Professional Photographer, View Camera Magazine, Rangefinder, Silvershotz, PhotoLife, Diffusion, and blogs such as Lenscratch, Photoeye, LensCulture, F-stop, and others. His work is held in such collections as the Museum of Fine Arts Houston, Griffin Museum of Photography, The Haggerty Museum, Portland Art Museum, Yale University Library, Scripps College Rare Book Collection, and more. Most recently, he was awarded a Grand Prize at the Lishui Photography Festival in Lishui, China, for his series Astra Velum.

Aside from creating art, Fritz enjoys teaching on photography and the artistic life, travel, and design. He is constantly looking for new ways to approach the world through art. Portland, Oregon is his home, along with his wife and daughter and their bright orange house.

Skeleton in the Closet

We’ve all seen pictures of people wracked with an eating disorder: the emaciated bodies, the walking skeletons, the withering models. Many of the women and men in Skeleton in the Closet have looked this way before; some still do. But most people with an eating disorder look pretty normal. If you take the time to look beneath the layers of clothing, control, and confusion, though, you’ll find skin stretched over bones, which they are loathe to reveal. They have, as it were, a “skeleton in the closet.”

These photographs are about normal people, who sit down with me over coffee, and pour out their secrets of abuse, neglect, insecurity, cruel and thoughtless words, terrible things they’ve done to their bodies and families, the results, the healing process, the enduring ache within. They tell me, a complete stranger, things they have told no one else. I am their confessor, their confidant, their priest.

In a society saturated with shallow, narrow definitions of beauty, eating disorders are an increasingly prevalent trend. Movie stars, magazine ads, fad diets, internet pornography, fashion models, MTV…the pressure to look thin and attractive is an oppressive force that is difficult to resist. But obsession with appearance is not the only motivation for restrictive eating. Dancers, gymnasts, wrestlers, and boxers, for instance, find themselves in unhealthy eating patterns in order to stay competitive. But even for the non-athlete, an eating disorder is often just an effort to control something—one thing—in a life that is otherwise spinning out of control.

Even the briefest perusal of pro-anorexia literature reveals how driven, competitive, disciplined, and anxious they can be. Their walls are often plastered with glossy prints of thin models, their floors littered with magazines, diet books, exercise equipment, and scales. Some of these people will die for their obsession.

These disorders are a silent epidemic; they are rarely discussed, fraught with shame, and often go undetected in those who suffer with them.

In the end, anorexia and bulimia are not about numbers or statistics, they are about people. All kinds of people. Black, white, rich, poor, young, old—it affects everyone. Each of these people has a name, and a face. They are struggling for control over their bodies, and minds, and lives. Their stories include their families, friends, counselors, classmates, their spouses and children. These are the stories I am here tell.

Viewed together, these small stories and portraits combine to make a single whole, as small chapters make a larger novel. Perhaps the clearest theme is also the simplest, one which every one of us would also claim: the desire to be known and loved for who we are. 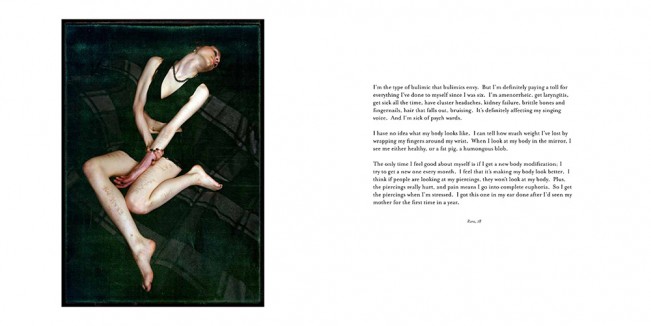 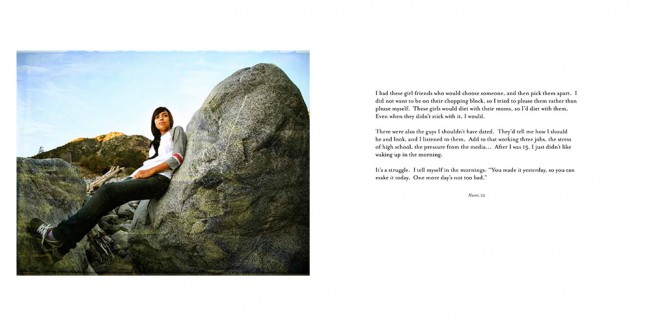 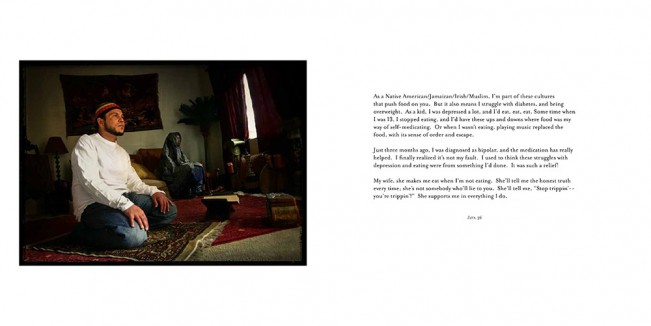 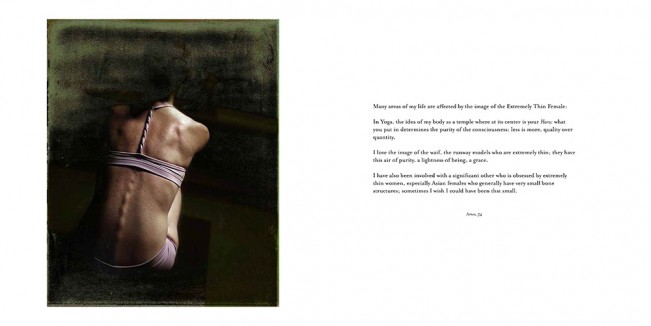 NEXT | Aaron Siskind: Another Photographic Reality >
< Jamie Kripke: The Distance Between Two Points Is | PREV