Looking at work seen at the Medium Festival of Photography…. 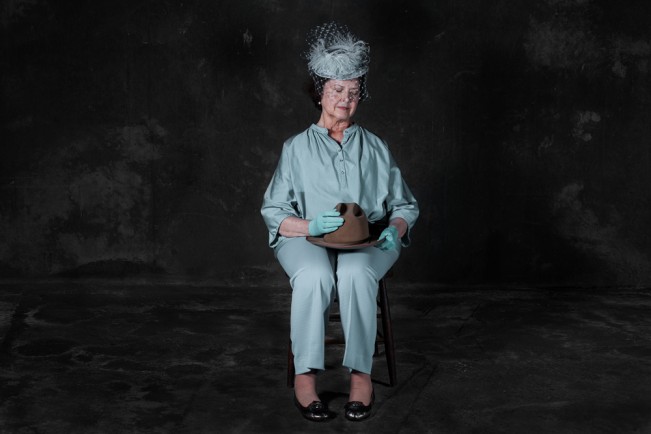 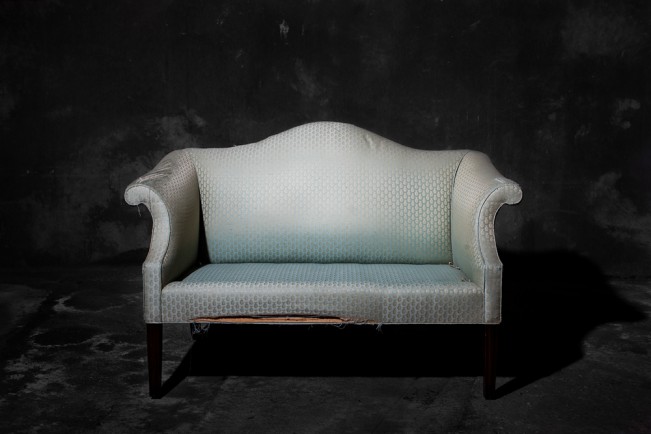 Horia Manolache brought a number of projects to the Medium Festival of Photography in San Diego, but his series, The Chairs, was a big wow.  Unfortunately looking at these diptychs on a blog don’t allow for the wonderful connections and nuances between the sitter and the chair, so I would suggest clicking on the smaller images so you can see them larger. 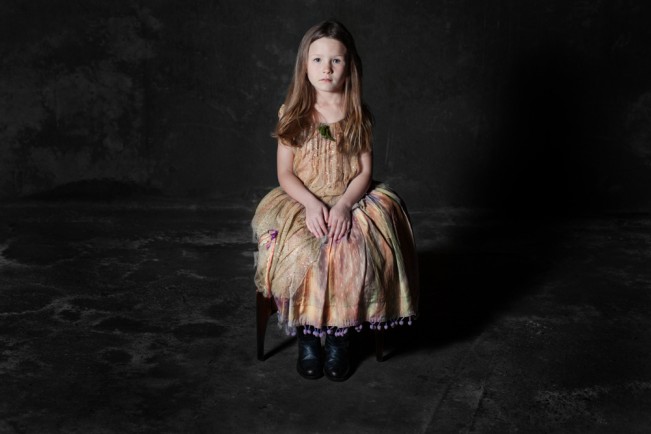 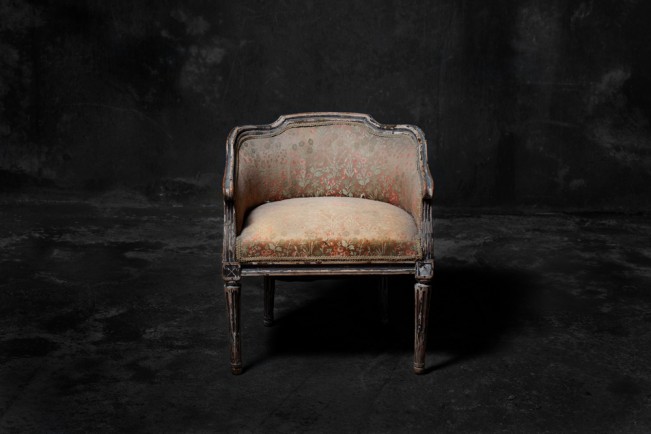 This project started last year at a workshop with Alessandra Sanguinetti. She sent me to document an upholstery and to take a portrait with the owner of that place. The portrait was awful but an idea was born after seeing a white chair with a broken arm. What if this chair would be a women? What age she would have? I wrote this idea down and I went back to my country. After one year I returned to San Francisco and I started to put everything together. I did the portraits of the chairs first and when I felt I had enough to tell my story I began printing them. I looked at each print and I began to write the kind of person they inspired me. It was like the creation of a character for a movie, a process that I think I enjoyed most in constructing this series. I asked all my friends from San Francisco to help me find the people I imagined and then it came the part with the clothing. For each chair I tried to exploit the story that was already there so that is why, sometimes the balance between aesthetic and narrative is heavier in a way or the other. I chose to do this project as a bet with my imagination, with my film director abilities because with each character I worked to convey different feelings.

After two years of going to a technical university I decided to drop it and to find something else to do, something to engage my imagination and to make me feel free. I had a sabbatic year in which I rediscovered my bending to image in general so I started to photograph as I felt the need to express myself and to show the world who I am. Meanwhile I took an one year photography course, I graduated a film school in Romania as a film director and now I am enrolled in a MFA program at Academy of Art University from San Francisco. My work was exhibited at Rayko Gallery ( honourable mention in Best of Show Contest ), 4×5 Gallery and Alchemia Gallery. It was selected for PDN Best of Photography 2014 book and after it won the first prize for book proposal at Prix de la Photographie, it was selected for PX3 Curator Challenge and was exhibited at Espace Beaurepaire in Paris and at Le Magasin de Jouets Galerie during the Arles Photo Festival.