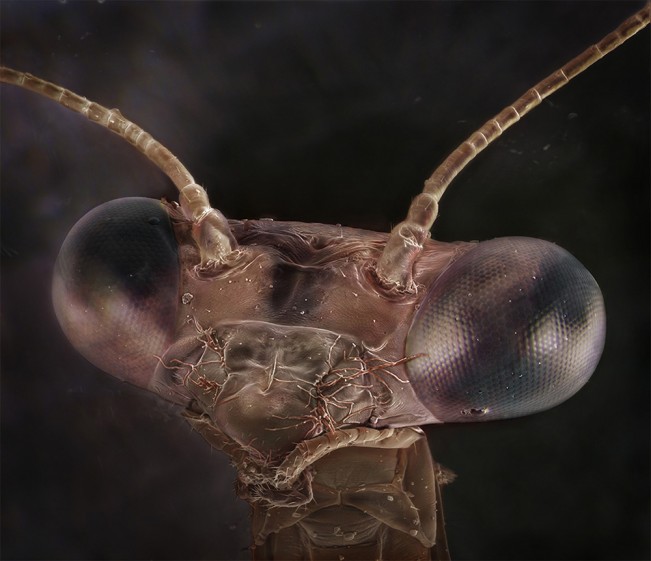 I had the great pleasure of spending some quality time with photographer and educator, Daniel Kariko, at the SE Society of Photographic Educators Conference held in Greenville, North Carolina this past Fall.  Fellow photographer and educator Angela Franks Wells and Daniel co-chaired the event, creating a weekend of wonderful exhibitions, workshops, lectures, portfolio sharing, and networking.  I quickly learned that Daniel can see the big picture, but also pays attention to the small stuff.  And it’s that small stuff where his  photographic interest lies.  Daniel is creating images by using a Scanning Electron Microscope and Stereoscopic Microscope, capturing the animal word under his own roof.  This frightening reality is a project titled Suburban Symbiosis

Daniel is an Assistant Professor of Fine Art Photography and Photography Area Coordinator in School of Fine Arts and Design at East Carolina University, in Greenville, North Carolina.

Daniel Kariko’s images investigate environmental and political aspects of landscape, use of land and cultural interpretation of inhabited space. He worked on several long-term photographic projects in Serbia, recording the aftermath of the war in Balkans. Since 1999 Kariko documented the endangered wetlands and dramatic changes in the landscape in Barataria- Terrebonne region of South Louisiana. For the past several years, Kariko worked collaboratively with the ECU Department of Biology’s Microscopy and Imaging Facility on Scanning Electron Microscope images of common household pests. 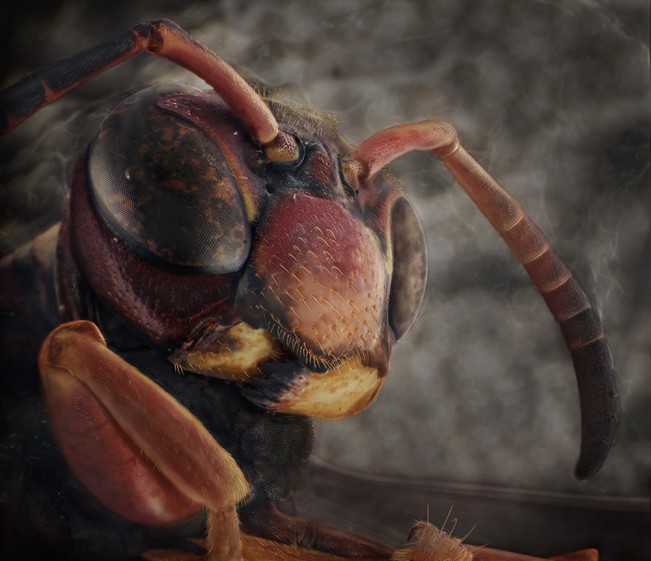 Insects find way into our homes no matter how vigilant we are in our effort to keep the nature on the outer side of our windowpanes. During my investigation of suburban experience, I started recording the indoor wildlife consistent with the environment my subdivision occupies.

In the Southeast, the seasons can be measured by the occurrences of different insect swarms. Insects represent almost 85% of all known animal species. Taxonomists name and describe about 2000 species of insects annually. Unfortunately, many species of insects will become extinct before they are even discovered, due to habitat loss and other environmental problems.

Yet, these little (and sometimes not so little) invaders are a natural product of our own occupation of their habitat. As we keep expanding our subdivisions to the outskirts of towns, we inhabit recently altered environments. This project investigates the results of our habitat’s expansion into rural areas. Images are meant to be portraits of our often-overlooked housemates.

The “portraits” are composites of a number of exposures with Scanning Electron Microscope and Stereoscopic Microscope. I carefully arrange the LED lighting, small reflectors, and diffusers, in order to achieve a “portrait”-like effect inspired by the tradition of 17th Century Dutch masters. 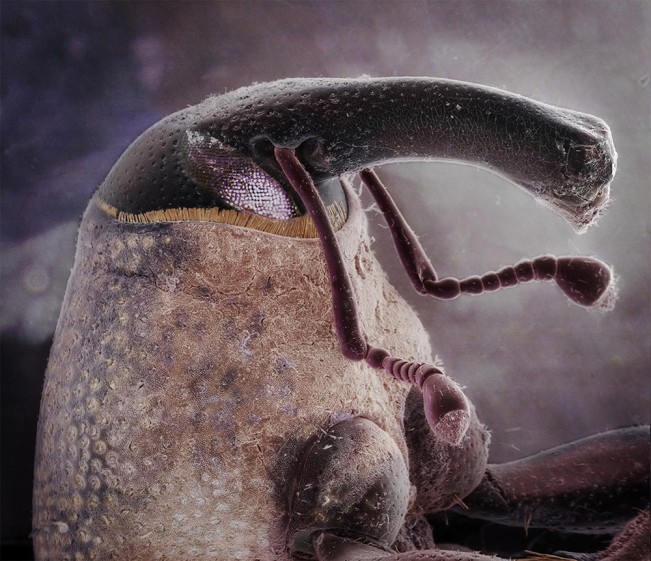 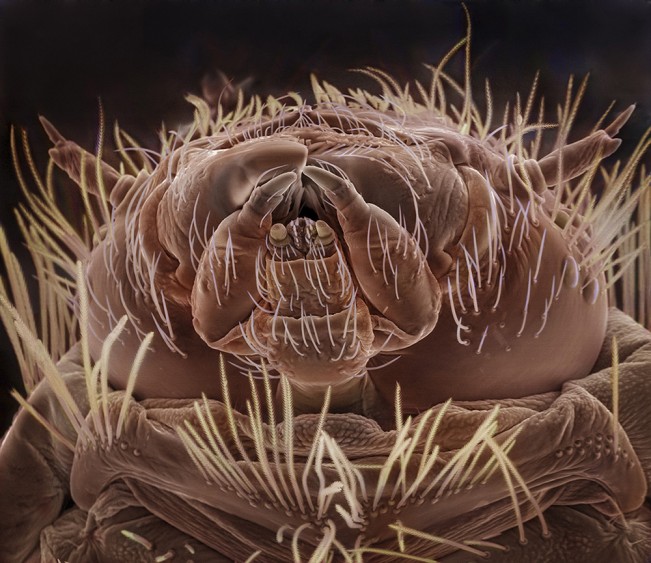 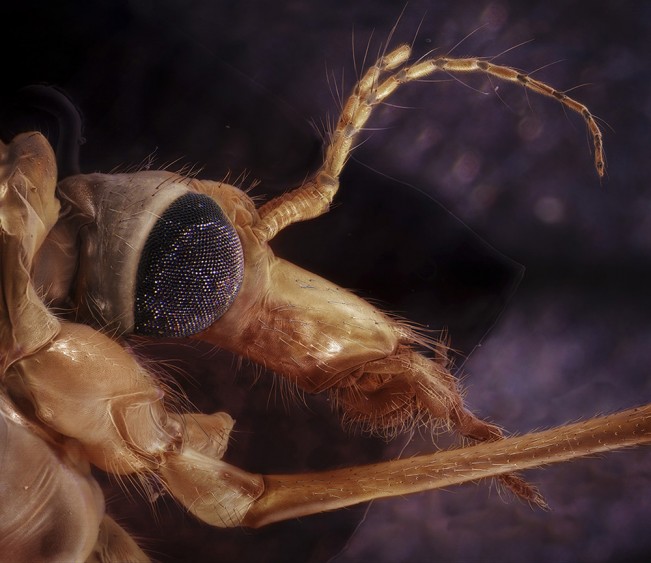 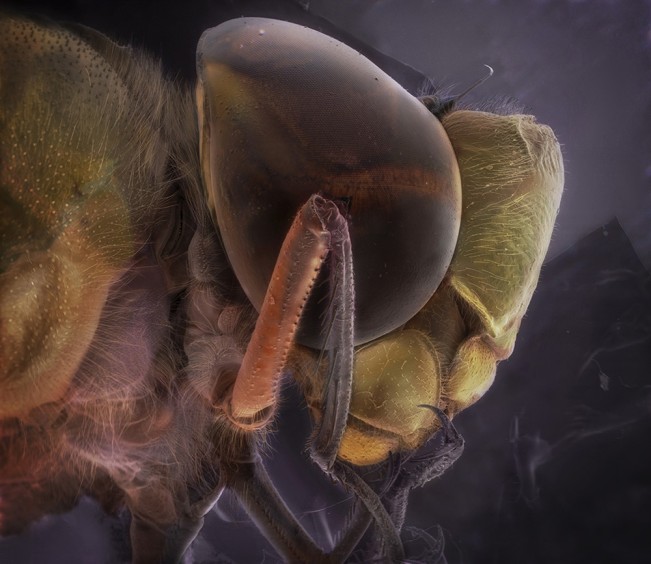 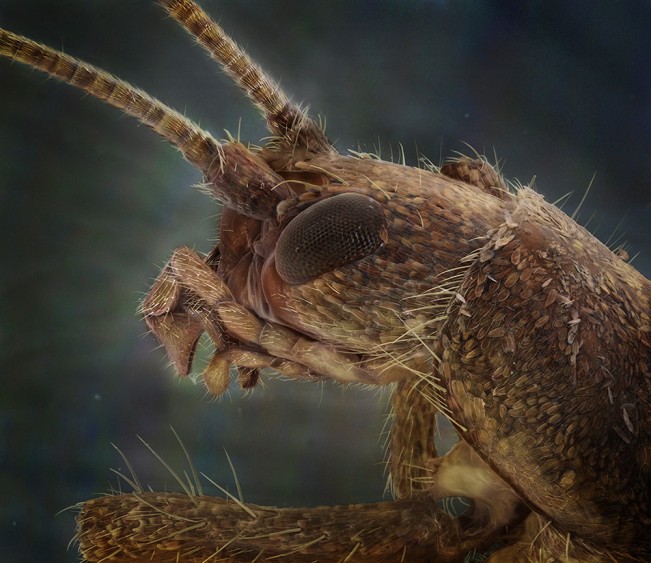 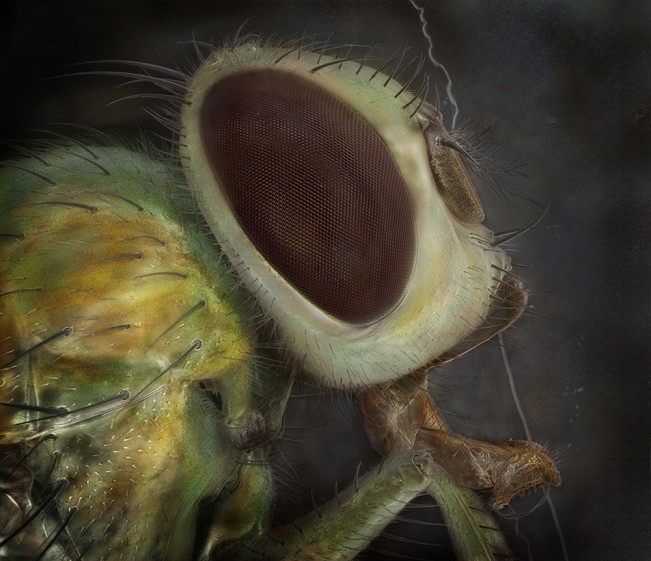 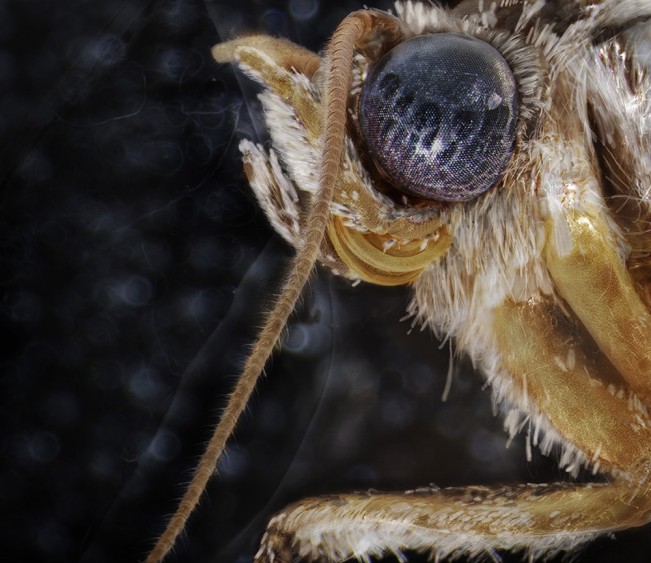 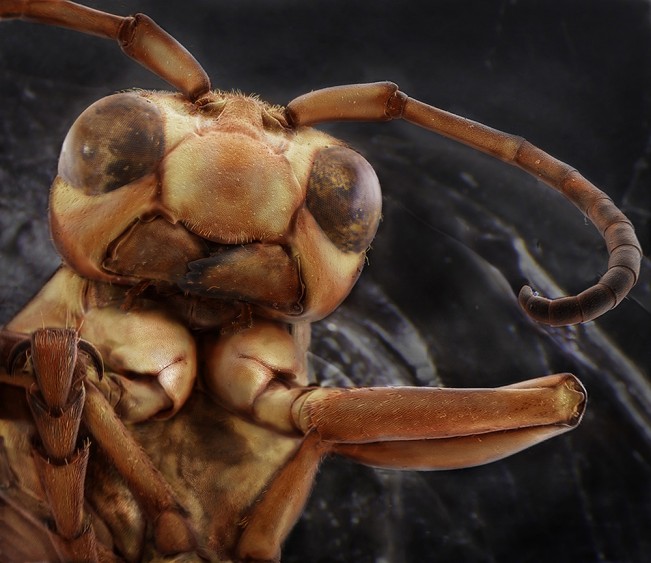 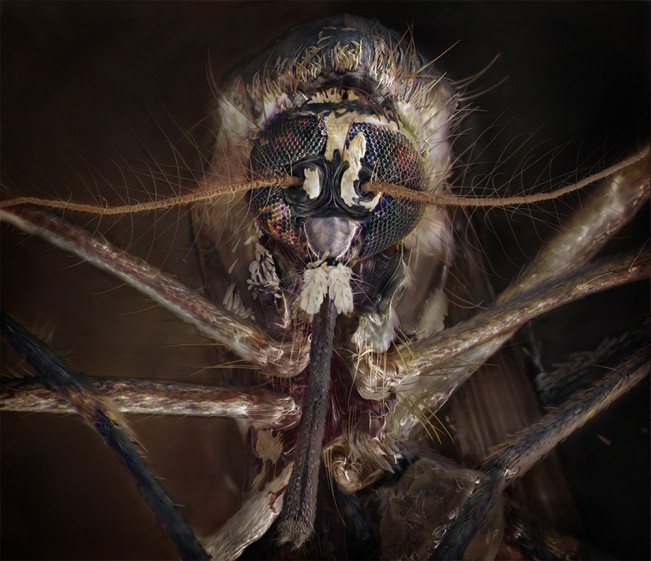 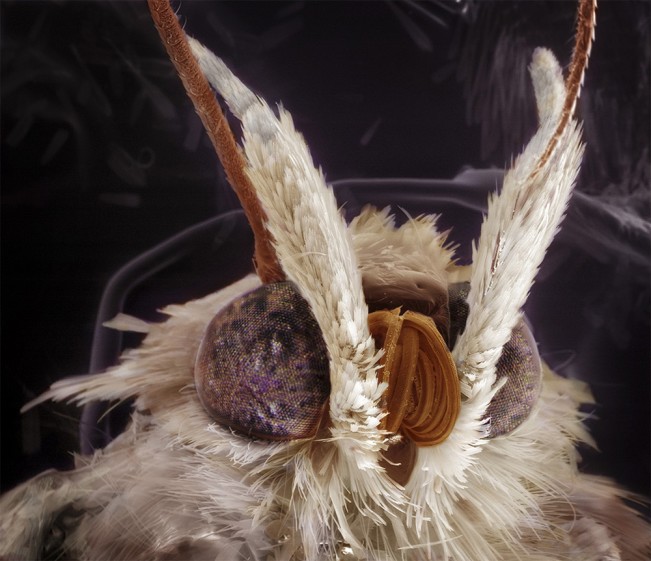 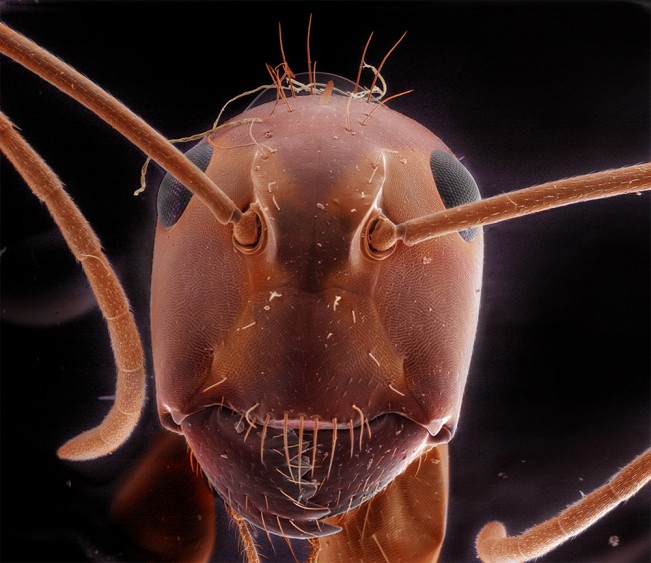 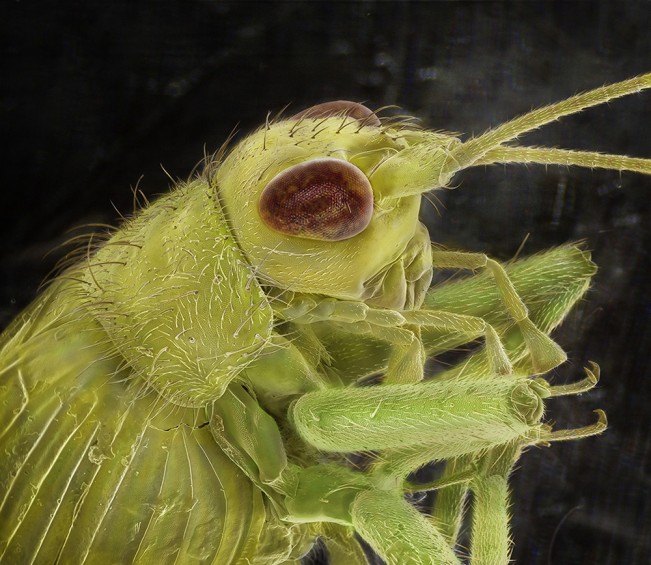 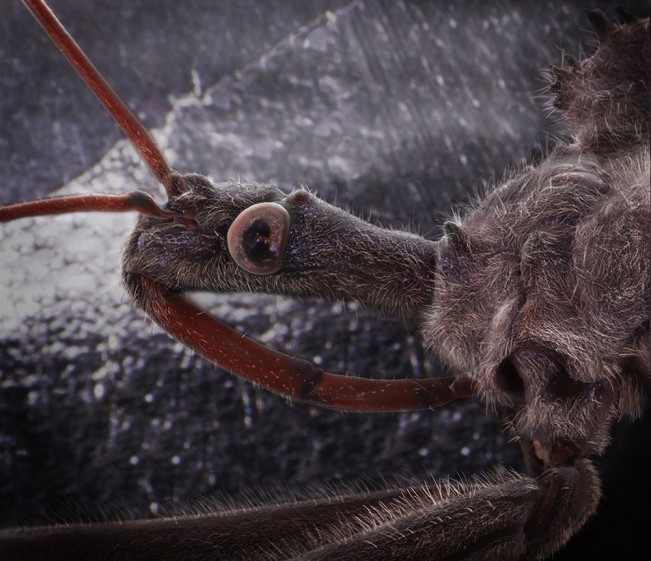