The exhibition, Melodie McDaniel: American Spectator, recently opened at Spot Photo Works in Hollywood and will run through November 9, 2015. The work explores the idea of faith in all its incarnations with curiosity and compassion. Melodie is the daughter of an African and Native American father and a white Jewish mother, her photographs seek common ground and equal representation, seeking dignity and fairness. “Coming from bi-racial parents, I’m always trying to comprehend where I fit in the world. I’m drawn to sub-cultures and outsiders probably because of my own feelings of otherness,” says McDaniel.

Melodie McDaniel was born in Omaha, Nebraska in 1967, and raised in Los Angeles, and she has remained close to her multi-racial roots. Melodie creates influential works that challenge prevailing motifs of American identity and are deeply invested in subculture. She is known for her immediate and candid lens, and for portraits that blend high design with real people and raw environments.

Currently Melodie explores various genres in moving image, bringing her voice and stamp as a fine art photographer to music video, commercial, and filmic endeavor. After her first short film Saving the Eskimo caught the eye of Nike executives, she helmed over 200 spots for a diverse clientele including Nike, Target, Miller Genuine Draft , Wrangler, Yahoo, and Sony. Most notably, she directed a spot and a series of photographs for Levi’s Go Forth campaign, shot with local talent on location in Braddock, Pennsylvania. These groundbreaking images blend lush, vast backdrops of enchantment with raw, stripped-down portraiture.

Her images can be found in magazines such as Dazed and Confused, Interview, Vogue Homme International, GQ, Spin, Arena, L’Uomo Vogue, and Another Magazine, for whom she produced an experimental film portrait of Charlotte Gainsbourg. Her black and white portrait of Angelina Jolie was featured on the cover of TIME Magazine.

She is currently editing a retrospective book of her photographs, as well as developing her first feature film. She lives and works in Los Angeles.

American Spectator combines Melodie McDaniel’s gritty filmic documentary style, with a rich and sultry elegance and understated minimalism. Her masterful portraits explore the idiosyncrasies and intersections of religion, culture and race juxtaposed against landscapes of hardscrabble towns marred by tough economic times. “My deep curiosity about faith, and how and why people form their beliefs and religious practice, is more about discovery for me than an overt mission. I just want to understand it all.”

In her photographic journey, McDaniel explores the intersections of faith, culture and race. Her masterful portraits reflect on a citizenry where white and black, large and small, young and old seek solace and community at church services, in diners, on their stoops, in dark bars of towns whose prime is past and whose present is marred by hard economic times. 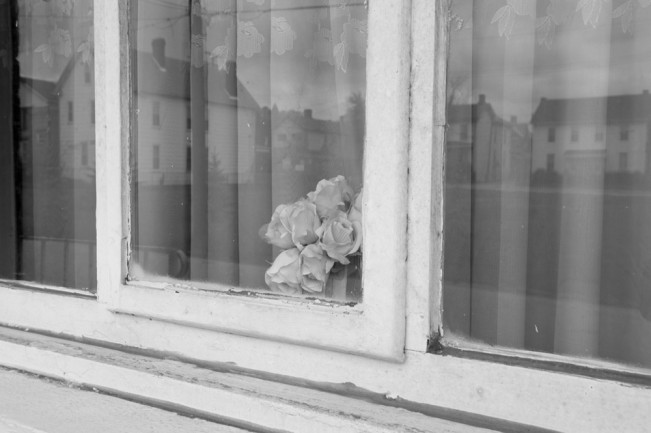