Georgia O’Keeffe: Through the Lens by Aline SmithsonFebruary 20, 2016 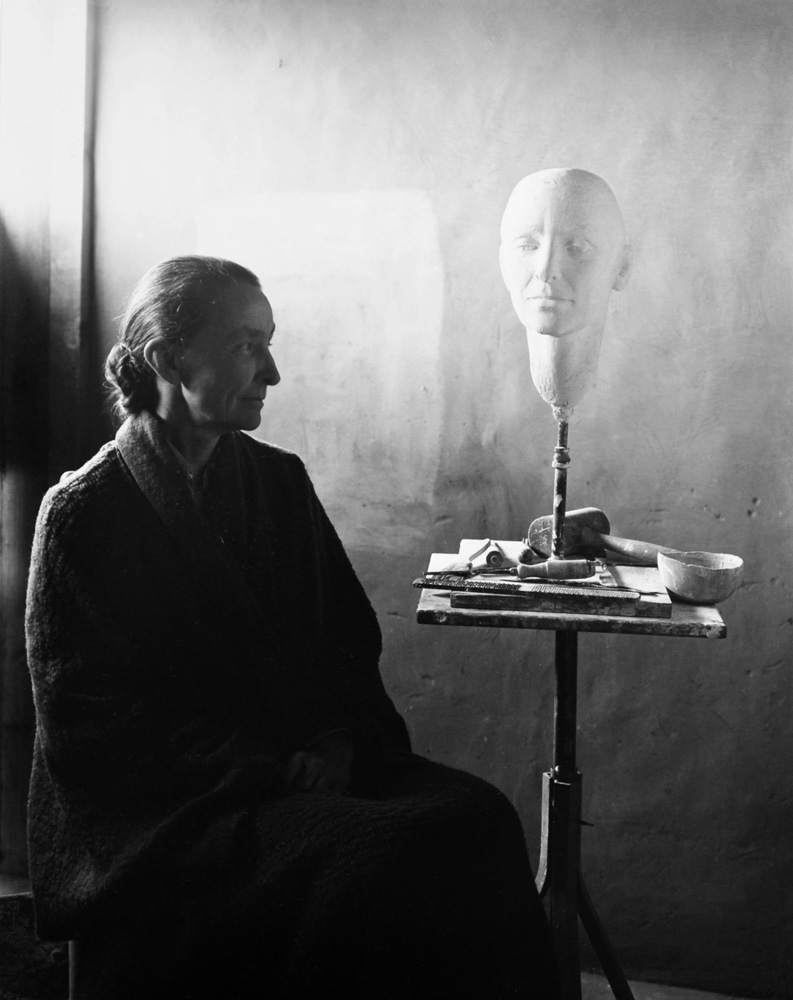 In the evening, with the sun at your back it looks like an ocean, like water. The color up there is different…the blue-green of the sage and the mountains, the wildflowers in bloom. Its a differentkind of color from any I’d ever seen – there’s nothing like that in north Texas or even Colorado. And it’s not just the color that attracted me, either. The world is so wide up there, so big. – Georgia O’Keeffe

Photography dealers, Scheinbaum & Russek,Ltd in Santa Fe, New Mexico recently celebrated 35 years in business, definitely a legacy to be applauded in this ever changing photography world. They specialize in 20th century vintage and contemporary photography as well as representing several significant photographer’s estates. Scheinbaum & Russek have also recently opened an exhibition, Georgia O’Keeffe: Through the Lens, focusing on the work of three photographers: Eliot Porter, Todd Webb and Myron Wood – all friends of Georgia O’Keeffe, and all of whom were invited by the artist to photograph her home and her person. Each photographer chose a different approach, and the result is an exhibition that offers the viewer a glimpse into her private life and immediate surroundings of her home, studio and landscape. Unlike many portraits of her public persona, these intimate portraits not only reflect her person, but the inner sanctum that reflects her inspirations and her lifestyle.

Georgia O’Keeffe first started visiting New Mexico in 1929, and the land, skies, culture, and people of Northern New Mexico had a profound effect on her life and work. New Mexico was a perfect fit with her personality and sensibilities: in her personal life, she protected her privacy and maintained an air of inaccessibility which aligned so completely with her immediate surroundings. 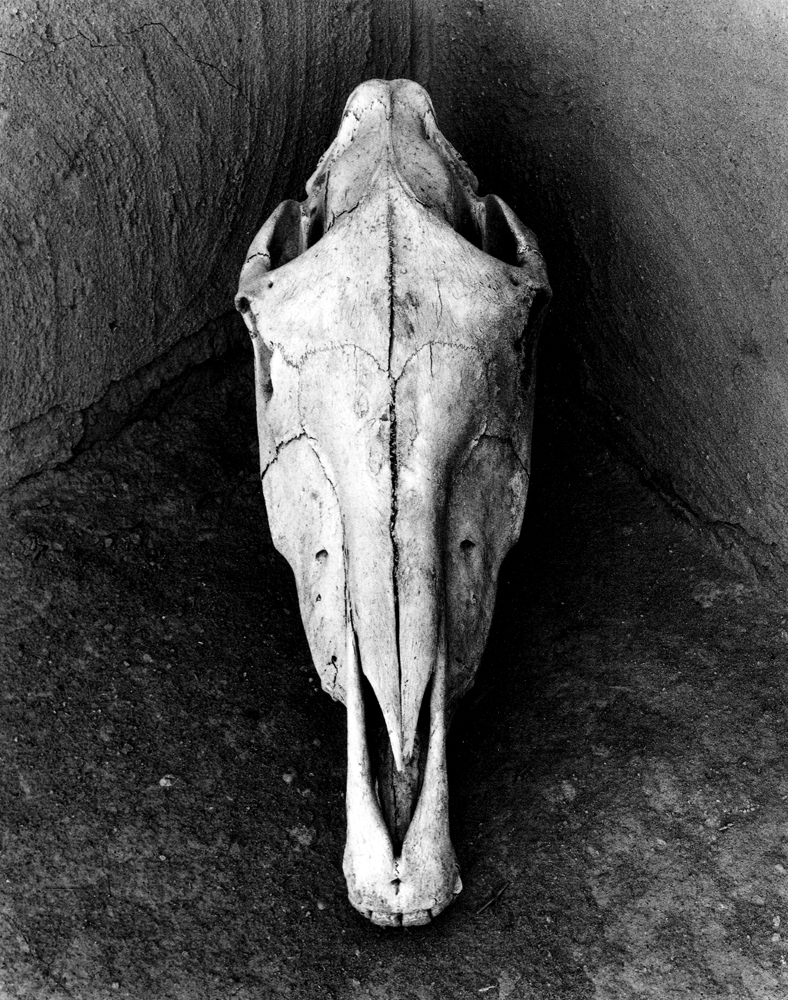 Eliot Porter shared with O’Keeffe a love for New Mexico, it’s culture and landscape, and he, like O’Keeffe, incorporated this environment into his own art. Their deep respect for each other and life-long friendship enabled Porter to make intimate and striking portraits of O’Keeffe. They shared an aesthetic, a life-style and a passion for living and working in New Mexico. O’Keeffe introduced Eliot Porter to many unique sights in New Mexico that had been inspirational to her, among them the Black Place and the White Place. Porter, in turn, shared many of his loves of the southwest with O’Keeffe by including her on several of his journeys through the Glen Canyon area. Porter had met O’Keeffe in New York while exhibiting at Alfred Stieglitz’s gallery An American Place in 1939. 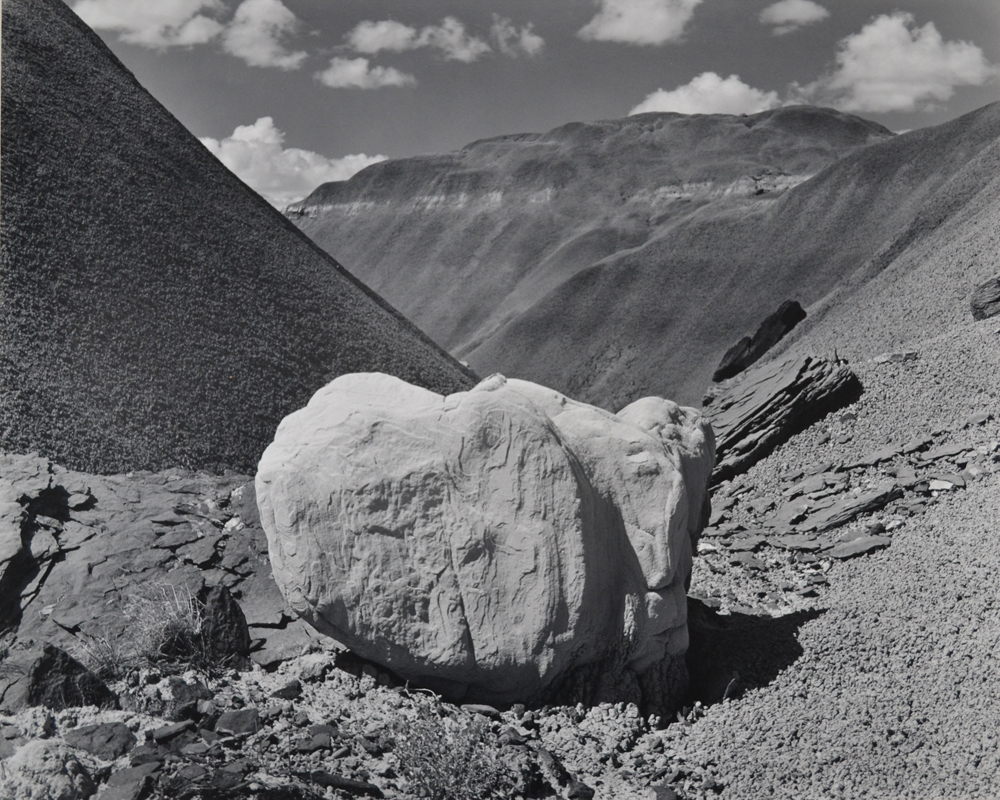 Todd Webb and his wife Lucille lived in Santa Fe in the l960’s and ran a wonderful bookshop and photography gallery on Canyon Road. Having met Stieglitz and O’Keeffe in New York, the Webb’s first came to explore New Mexico by O’Keeffe’s invitation. Over the years of their close friendship Todd Webb was able to record O’Keeffe’s life-style and surroundings with the intimacy that only a most welcomed friend could have made. His work explores her home, her studio and the surroundings that inspired many of her paintings. His photographs span their thirty-year friendship, dating from 1955 to 1981. 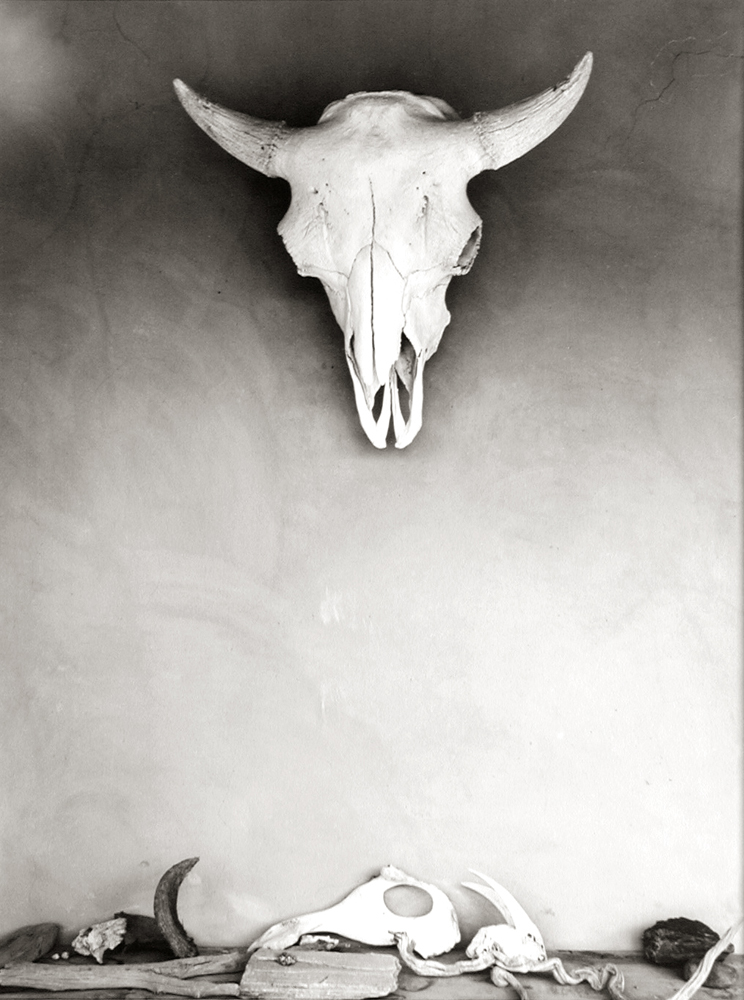 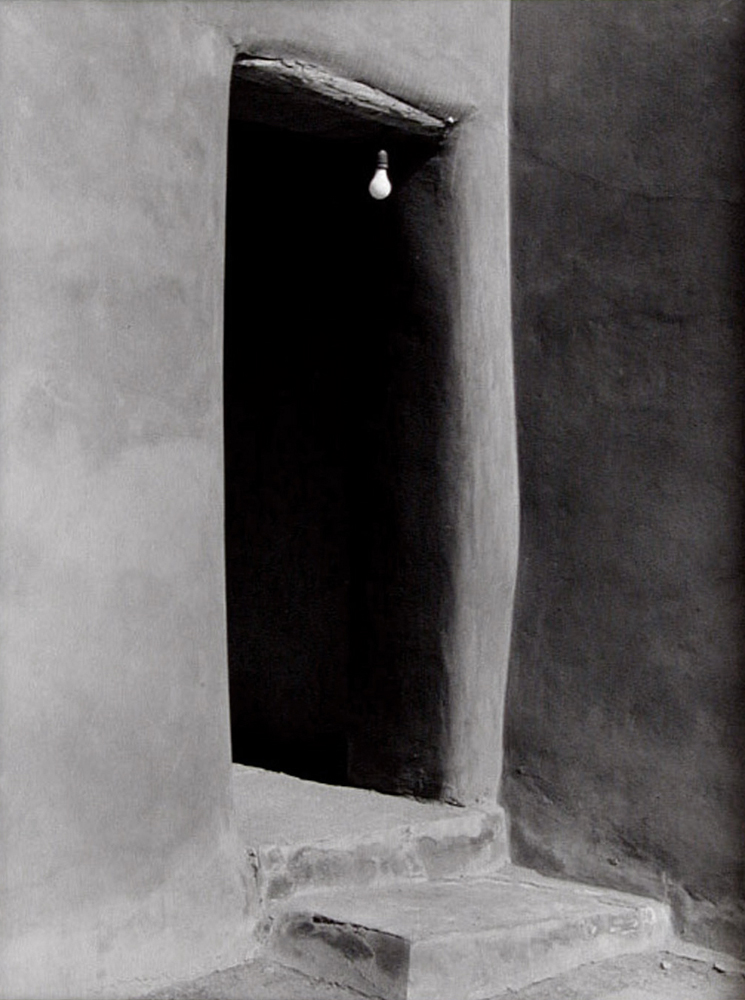 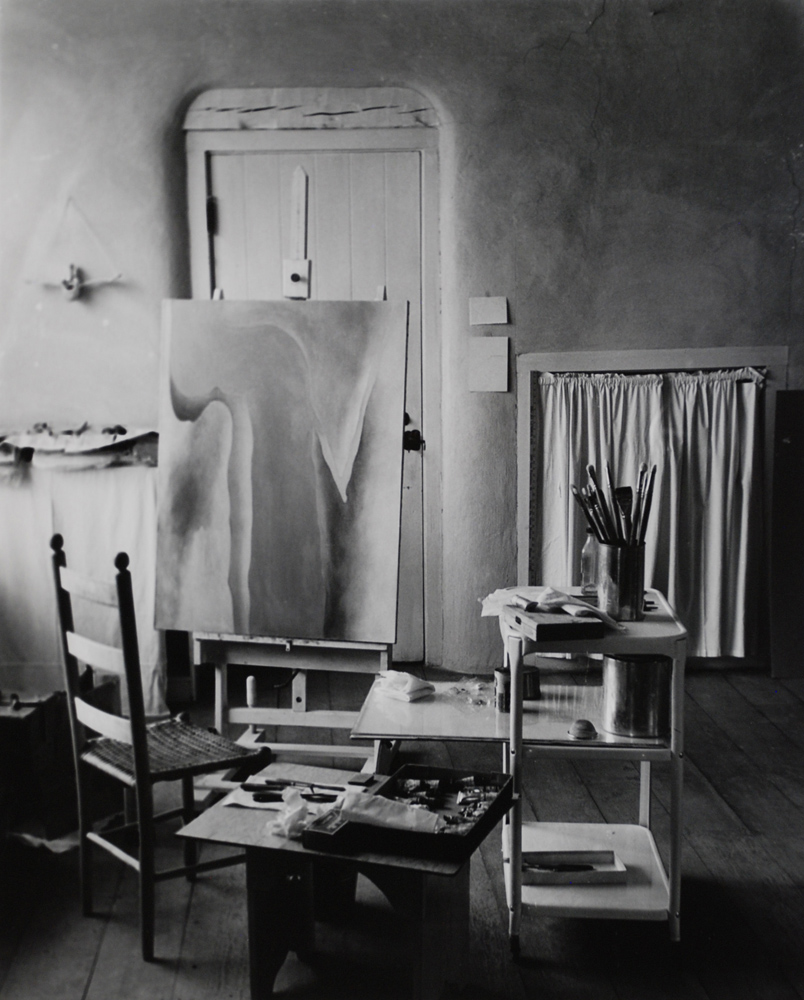 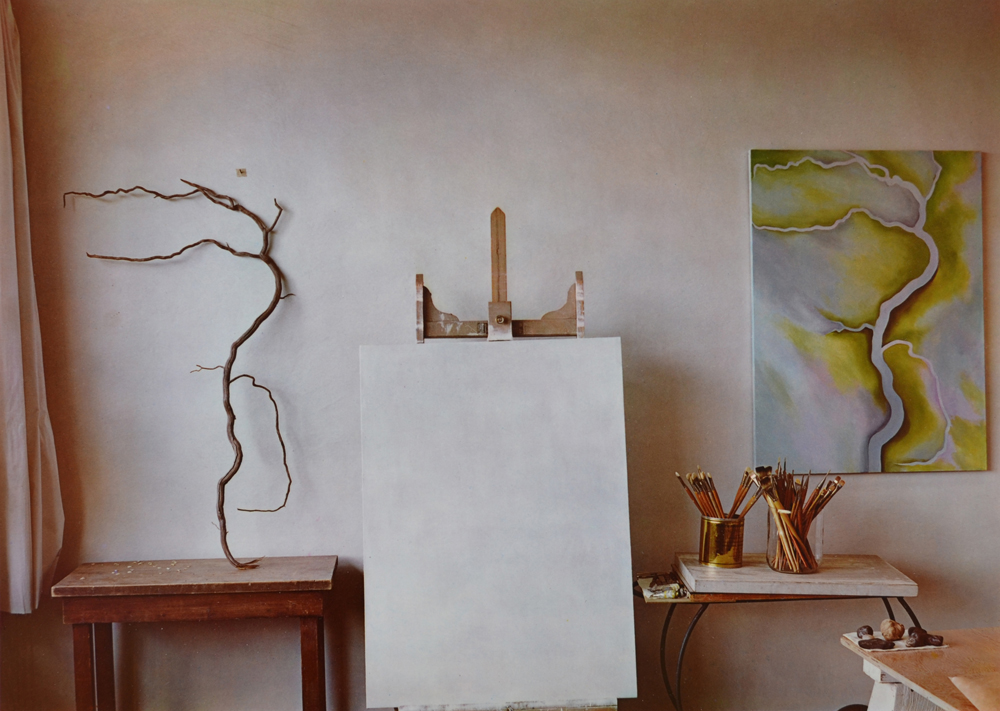 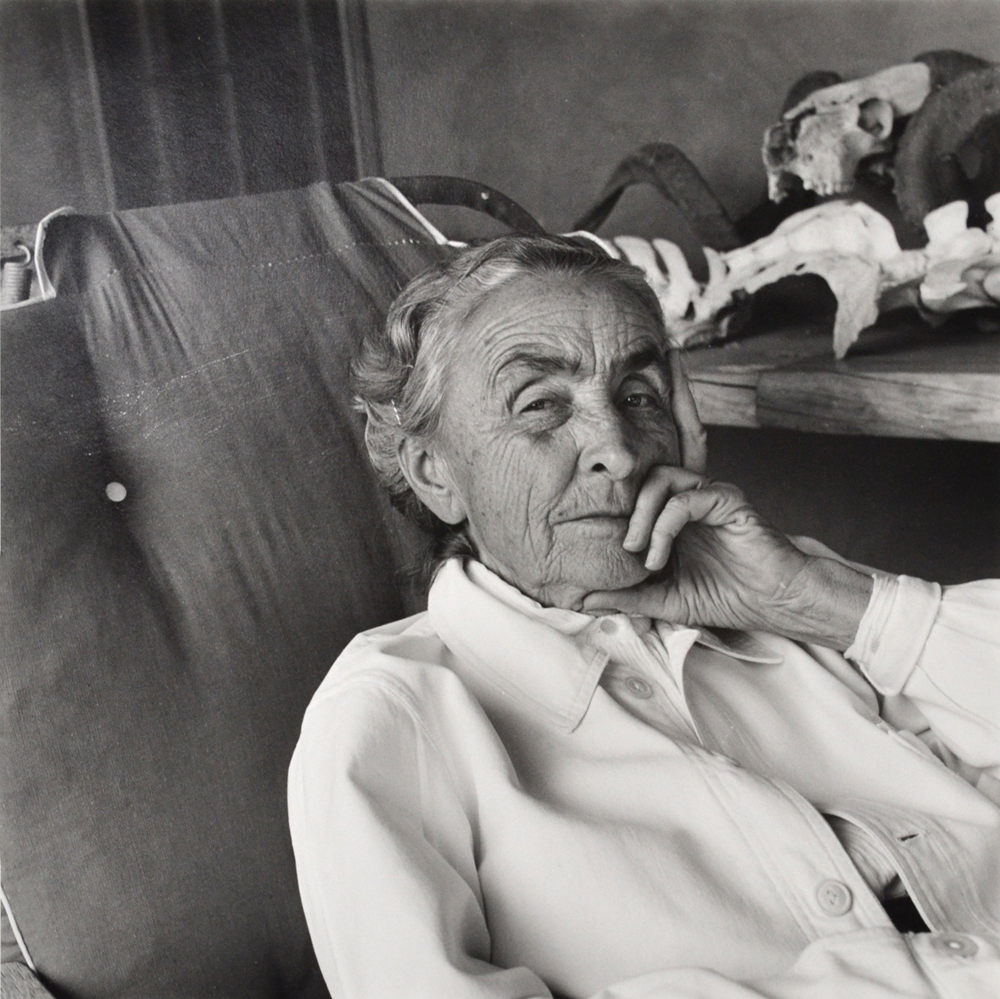 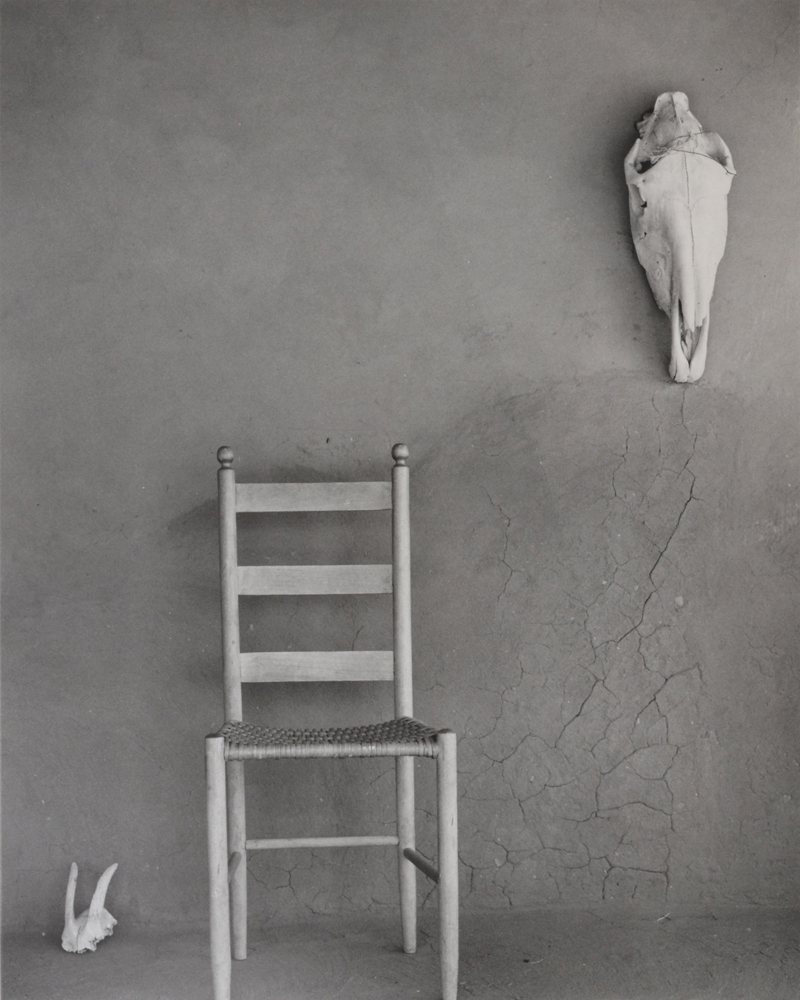 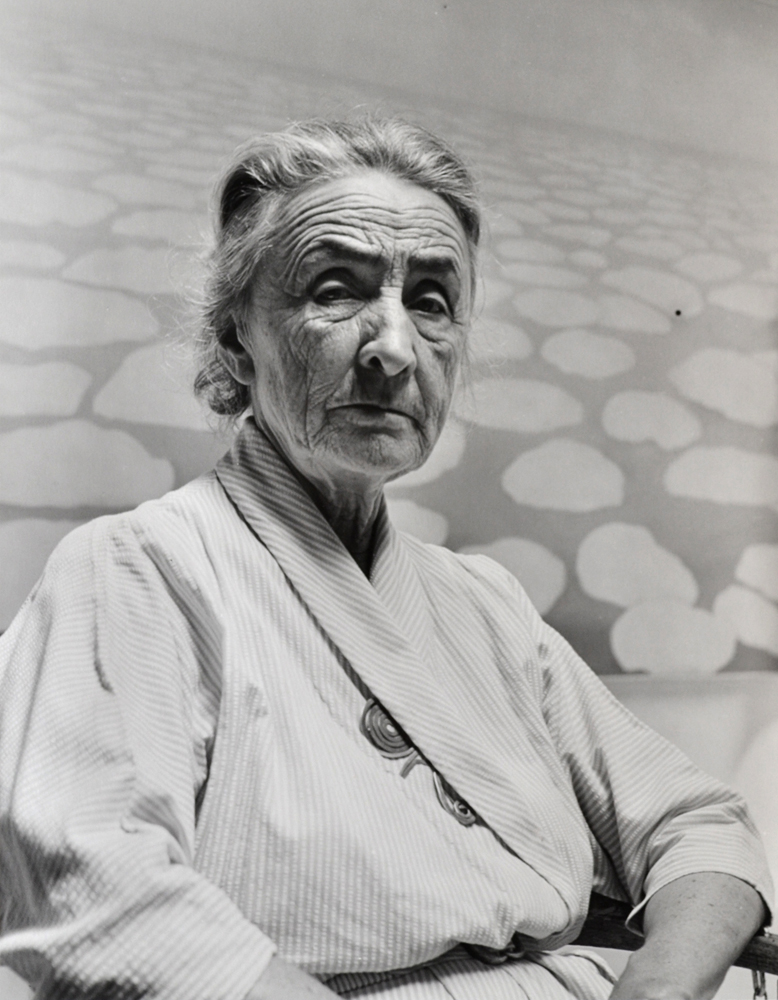 In 1979, Georgia O’Keeffe permitted Myron Wood to photograph her home in Abiquiu and in Ghost Ranch. New Mexico, its fierce light and big, open skies, it’s directness and toughness were qualities that O’Keeffe herself possessed. Myron Wood has captured those qualities in his beautiful photographs that are a tribute to O’Keeffe. Wood made hundreds of pictures, of the artist herself, the people closest to her, and most especially of the house, gardens, and surrounding landscape that was so elemental to O’Keeffe’s vision. These photographs do more than merely document the look of the house; they evoke the spirit of the place, as O’Keeffe inhabited it. 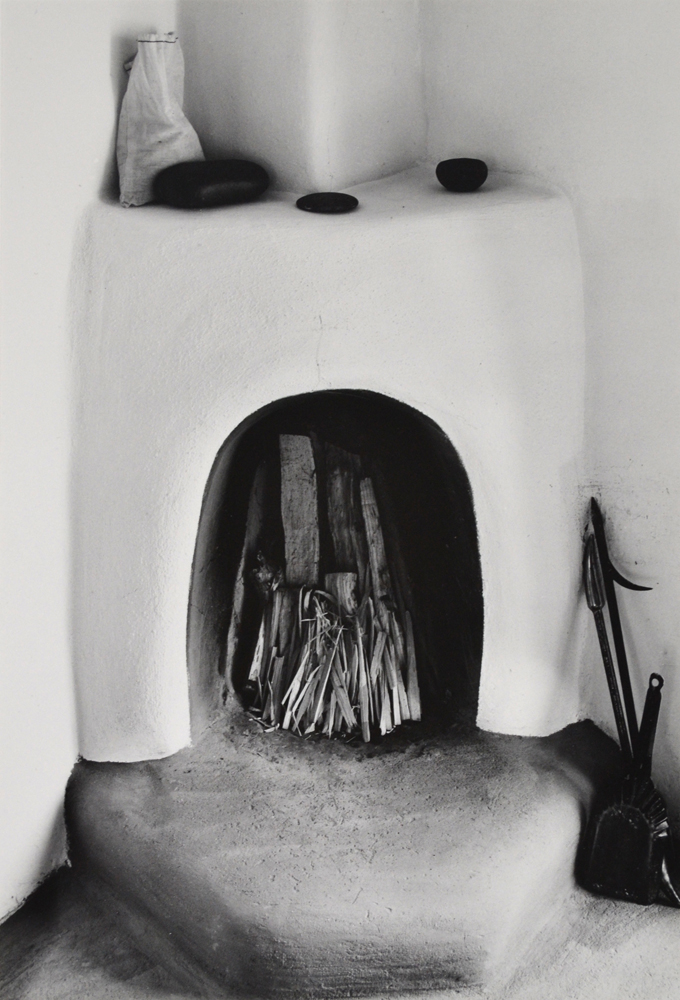 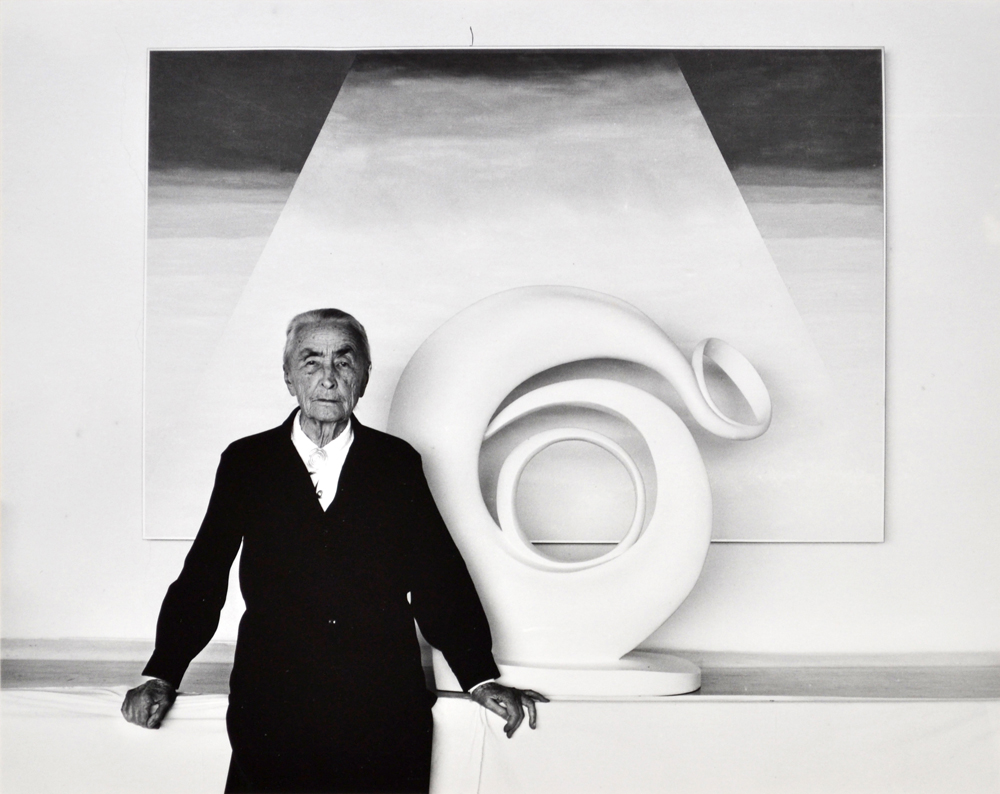