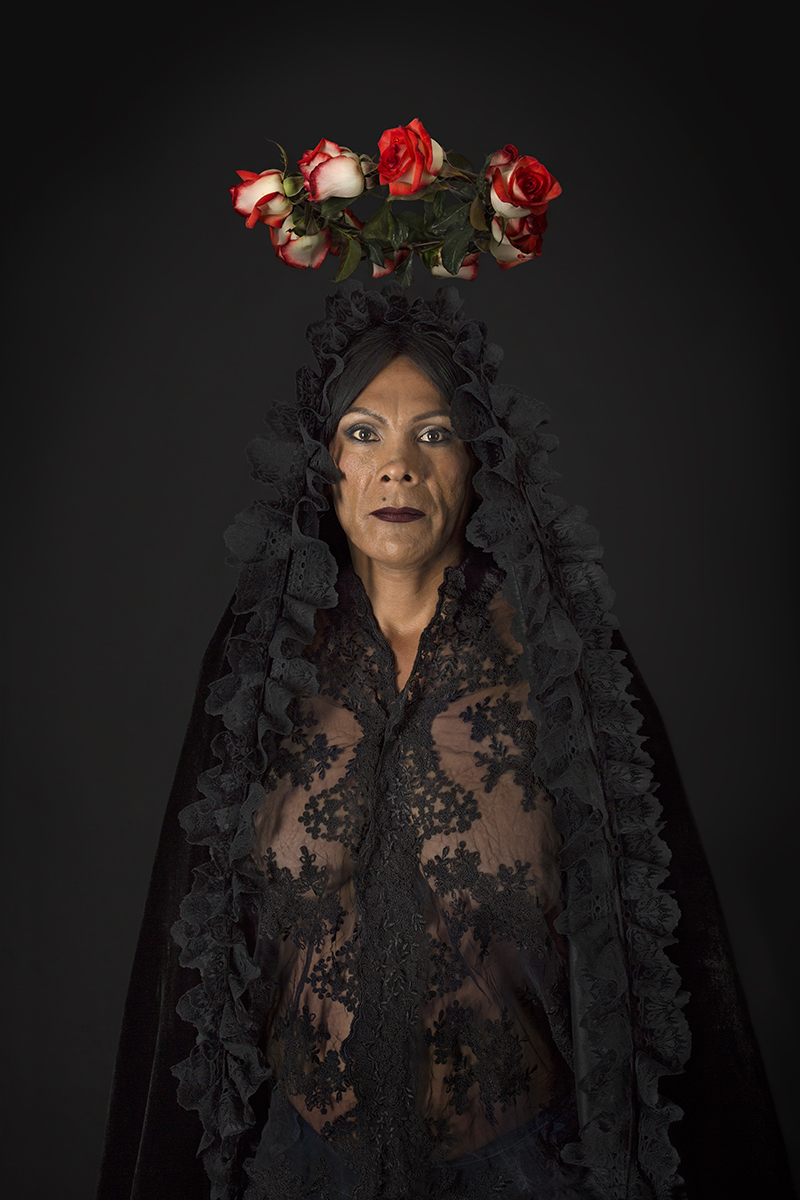 Today we are featuring two series by collaborative artists Juan Jose Barboza-Gubo and Andrew Mroczek. With these projects, the artists hope to increase dialog and promote awareness and positive change for LGBTQ communities, especially in Peru, where transwomen are targets for violence, rape, and murder, and have been forced to lead lives on the fringe of Peru’s society with minimal opportunities, limited access to education and healthcare, and no laws to protect them.

For the first series, Virgenes de la Puerta, many of the images in the series were captured with an 8×10 view camera. The production of these portraits is an important part of the process as Andrew states:

Juan and I worked closely with many Peruvian artisans in the design and production of the objects used in the images. For example, we worked with a metalsmith who makes crowns for the churches in Peru to make the silver and gold ones we used in our photos, like the one you see in Maricielo’s image, and Leyla’s as well. And the 25-foot long veil in the image of Leyla was designed by Juan and me in collaboration with a local textile artisan who crocheted the piece by hand. The pink crown in Paola’s image was carved by woodworkers from the mountains and we painted the piece in traditional Colonial methods before burning it. It was important for us to surround the women with parts of their culture that were made by the hands of native artisans that have passed down these skills for generations, and it gave us both a better understanding of just how rich and layered their culture is.

The second series, Fatherland, examines haunting spaces and landscapes throughout Peru, both rural and urban, where murders or violence against LGBTQ people have occurred.

The McClain Gallery in Houston, Texas is presenting both series in an exhibition titled, Canon, which will be in conjunction with the FotoFest 2016 Biennial, opening March 19 and running through May 14, 2016. Also, Los Chicos opens at AS220 in Providence, Rhode Island on March 5 running through March 26, 2016. 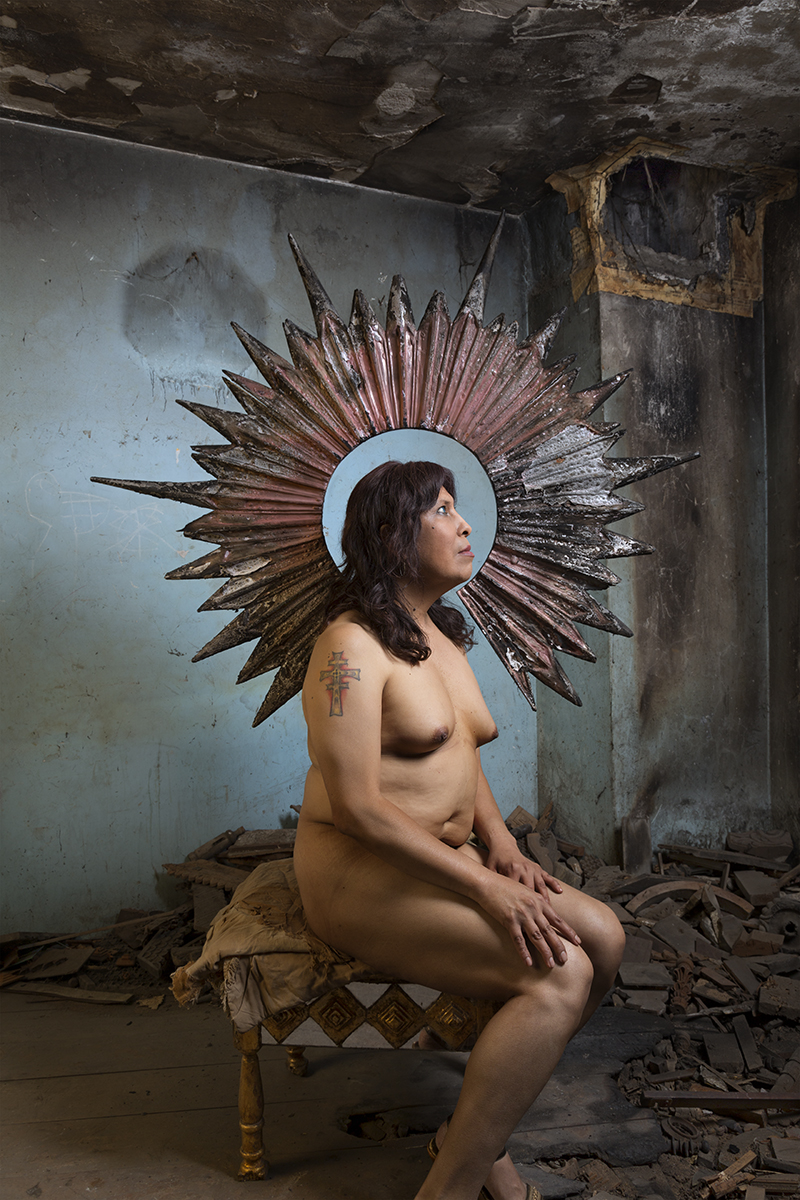 Juan Jose Barboza-Gubo (Peru, 1976) received his Bachelor’s Degree from Pontificia Universidad Catolica del Peru. He has received two MFA degrees, one in Painting and one in Sculpture, both from Massachusetts College of Art and Design (graduating with a nomination for the Joan Mitchell Award in 2008). He has had numerous exhibitions in the US, including shows at the Nielsen Gallery; The Art Institute of Boston at Lesley University; Chazan Gallery, Providence; The Fitchburg Museum; the Attleboro Museum; and the Brattleboro Museum and Art Center. His work has been featured internationally in galleries and museums in Tokyo, Athens, and Italy, as well as the Cecilia Gonzales Gallery of Lima, Peru. Recent awards of note include first prizes in the 2008 Ceramic Biennial of the New Hampshire Institute of Art, and in 2014, the 78th Regional Exhibition at the Fitchburg Museum. Barboza-Gubo was also named the 2014 Breakout Artist of the Year from Artscope Magazine. He was awarded the 2015 Rhode Island State Council on the Arts Fellowship in Painting, and the 2016 Rhode Island State Council on the Arts Fellowship in Sculpture. His exhibitions have been reviewed in such publications as The Boston Globe, Artscope Magazine, El Comercio, and many others. Barboza-Gubo currently teaches at Rhode Island College. 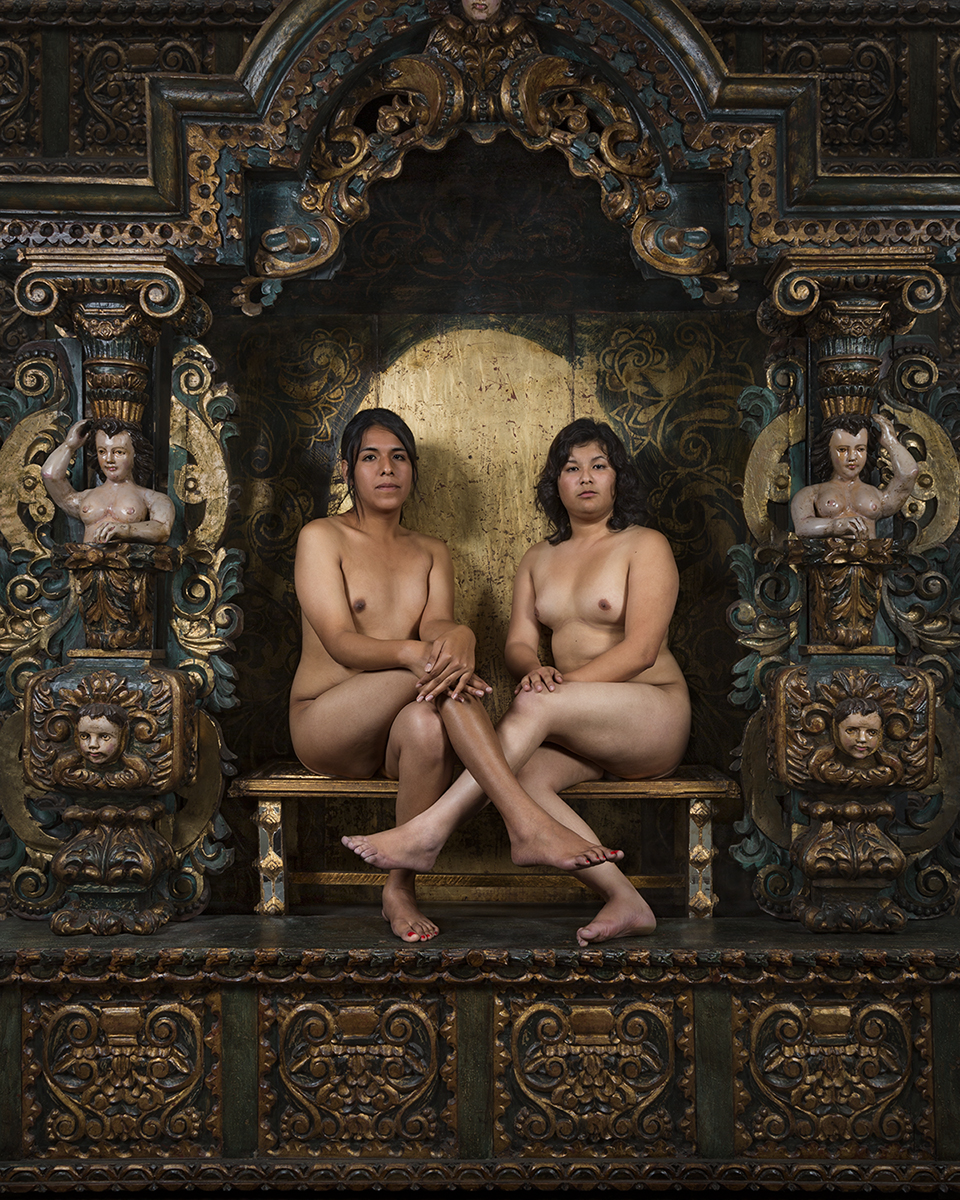 The series Virgenes de la Puerta focuses on the transgender women of Lima who continue to be cast aside by the political and religious administrations. They are consistently denied employment, assistance from government programs, and not given any state or government-issued forms of identification; in essence, they are being marginalized and erased.

We honor the diversity of the Peruvian culture by re-incorporating these transgender women into the cultural landscape and history of Peru. In direct contrast to their oppressor’s intentions, our work celebrates the contributions made by transgender people and presents them as iconic figures within the context of their native land. This series of portraits and tableau pays homage to the resilience and beauty of these women in an effort to strengthen, empower, and embed a sense of pride within the current and future generations of Peru’s LGBTQ community. 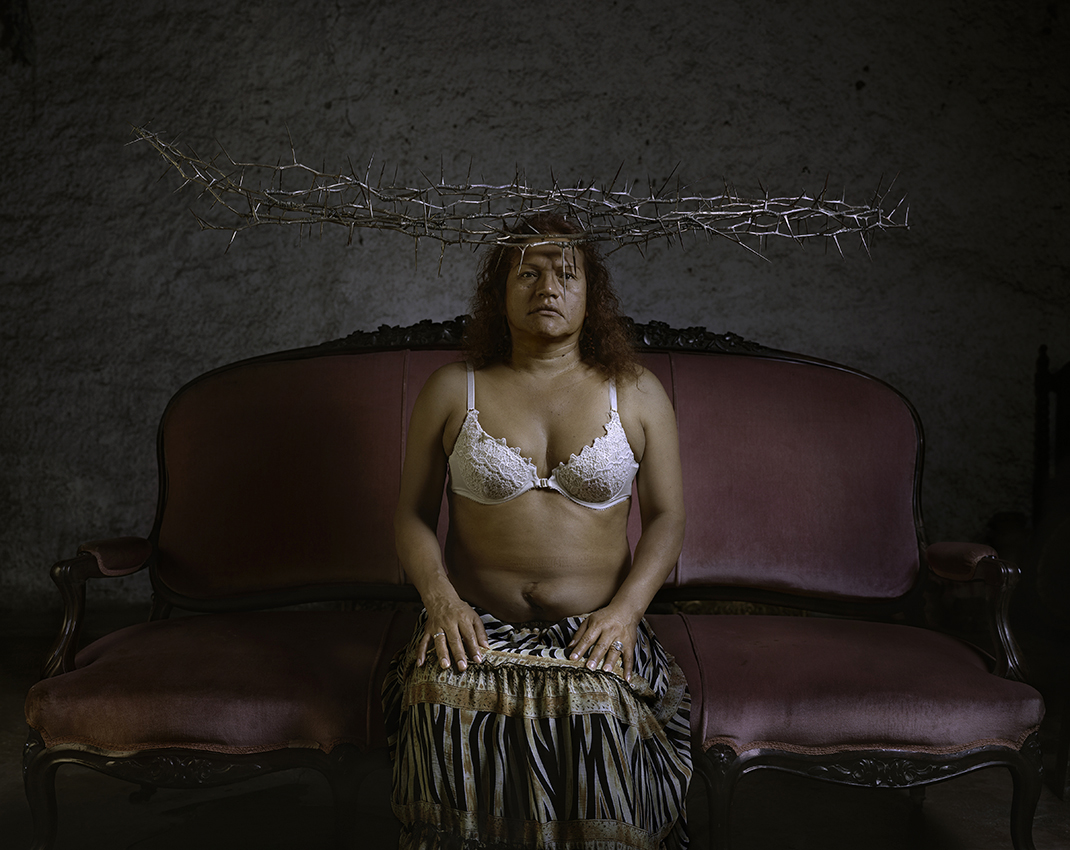 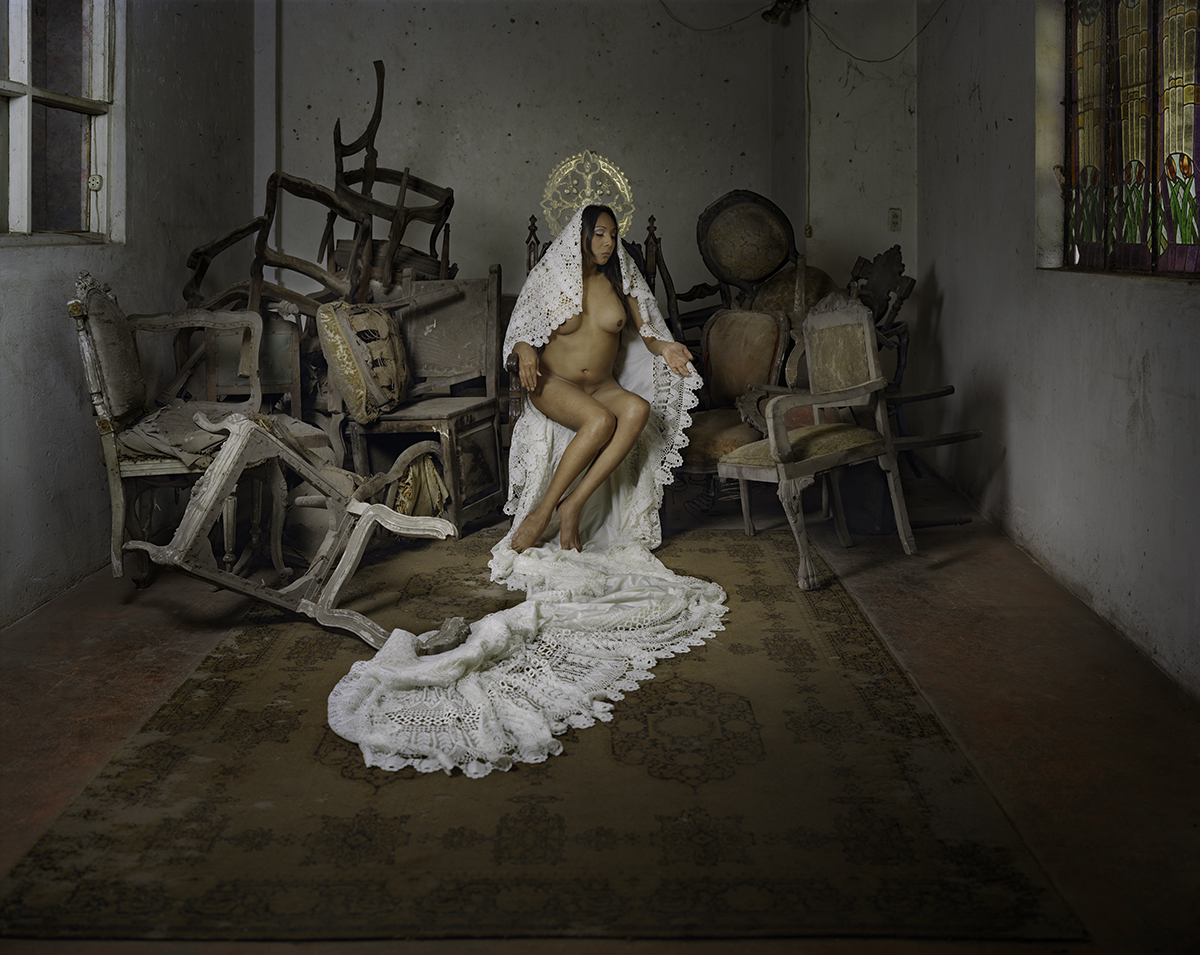 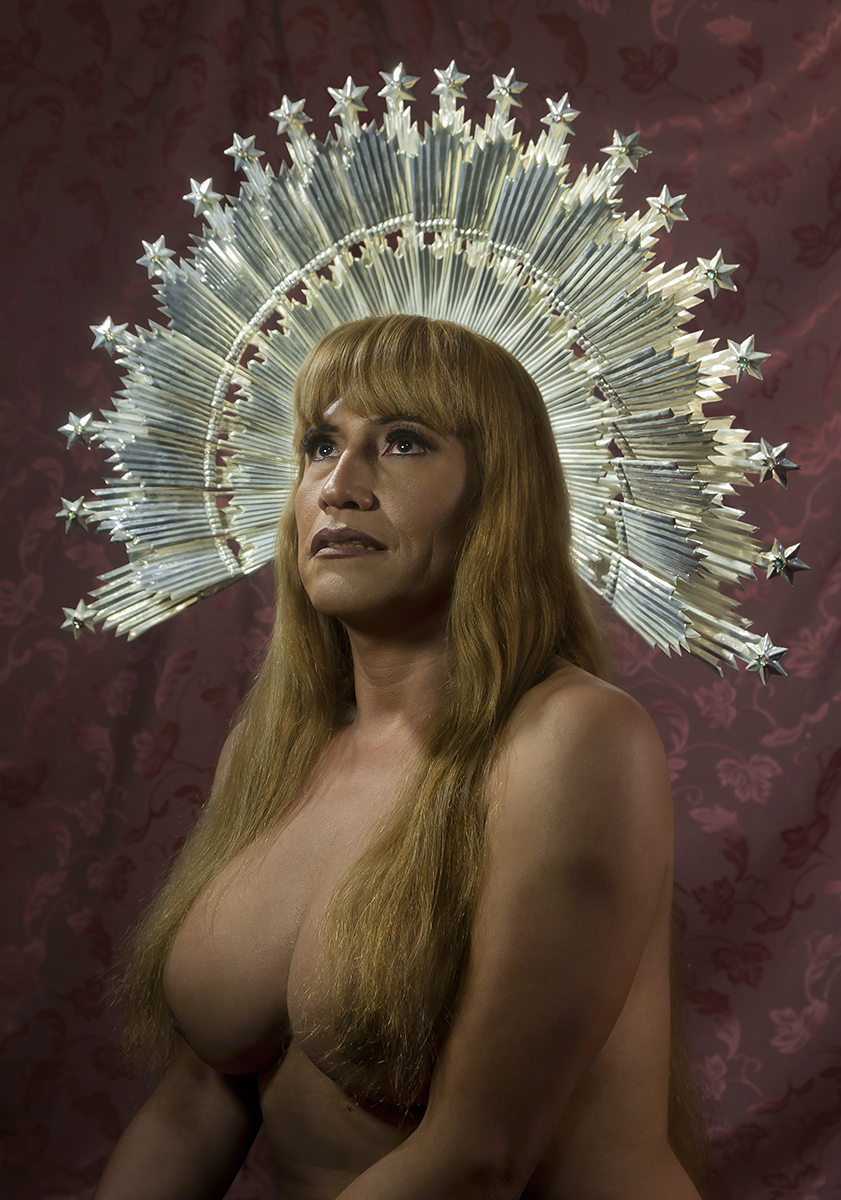 The images of Fatherland reveal the Peruvian landscape as spaces of evidence within the extreme, and rather common, circumstances of violent hate-crimes toward the LGBTQ community, which include rape and murder, as well as domestic violence. While Peru’s landscape is often celebrated for its diverse climates and rich cultural history, it also bares the scars of a violence born from patriarchal methodology and an intolerance that permeates its rural neighborhoods, farmlands, public parks, and urban districts.

The title of each image indicates the name of the victim and the nature of the assault. 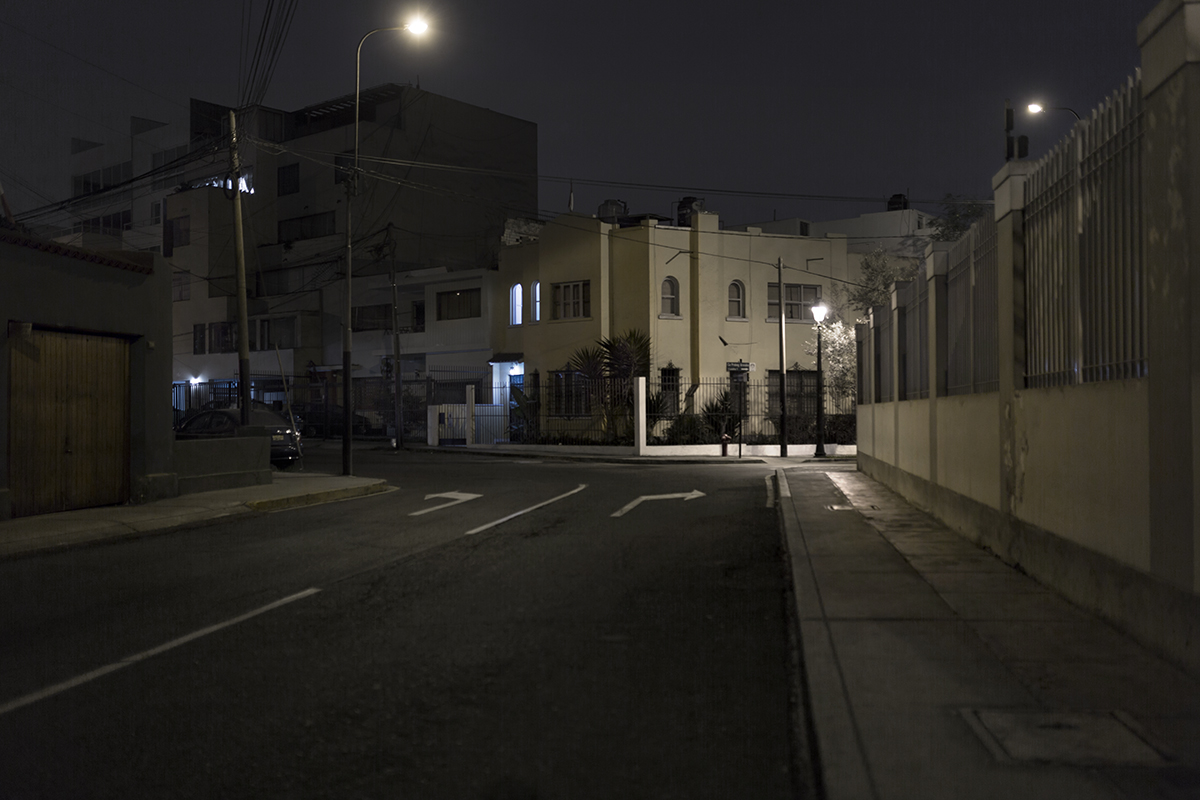 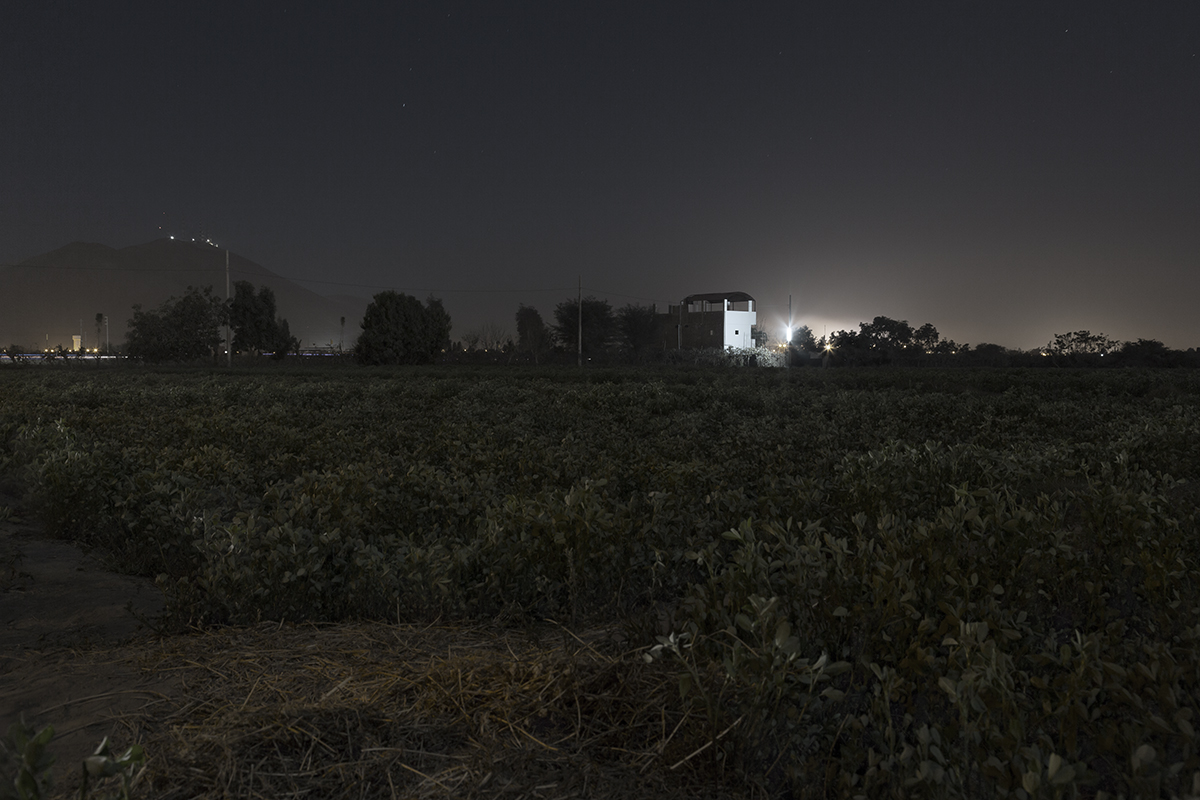 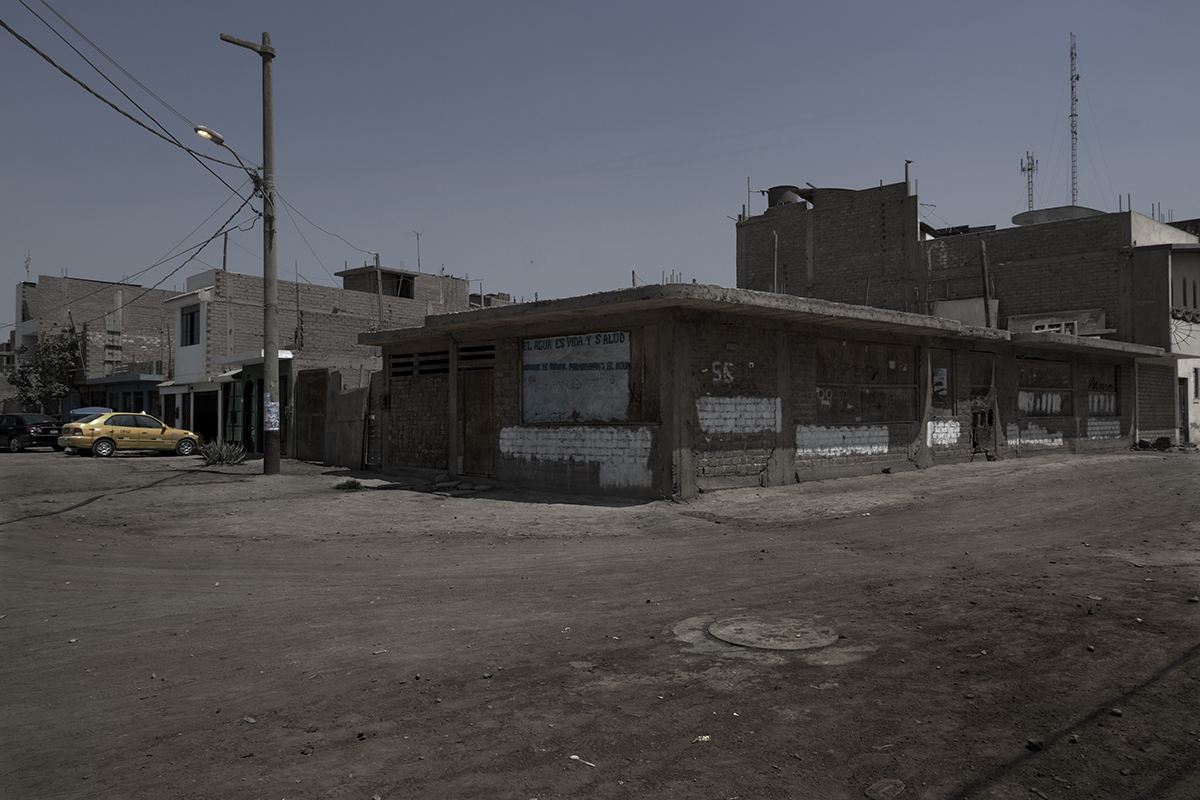 BarbozaGubo/Mroczek, Luis Enrique Ramírez Ortiz, 15 (Suicide attributed to bullying, 2013) Luis, who was thought to be gay, was incessantly bullied by peers and his family, which include the excessive use of anti-gay slurs at school and at home. He endured verbal and physical assaults from his sister, who was reportedly the prime abuser within the home, and who was known to thrown urine on him. He hanged himself with a cable from the ceiling rafters in his home on July 22nd, 2013. Las Acacias, San Martín de Porres, Lima, Peru, 2016 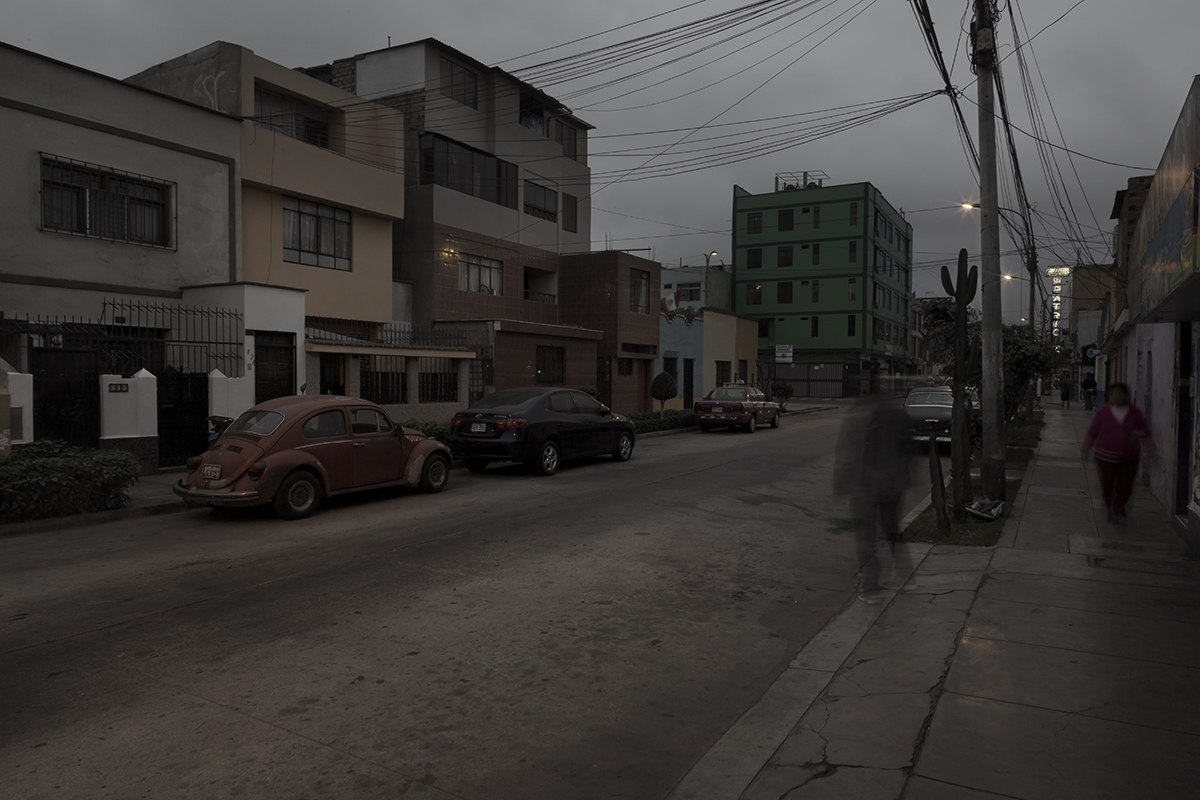 BarbozaGubo/Mroczek, Cristal Celeste Rivera del Águila, 21 (Transgender, Murdered, 2014) Beaten, stabbed, and raped. She was found face down in a pool of her blood. The odor emanating from her apartment lead to the discovery of her body by neighboring tenants. Gonzales Pavon, Magdalena del Mar, Lima, Peru, 2015 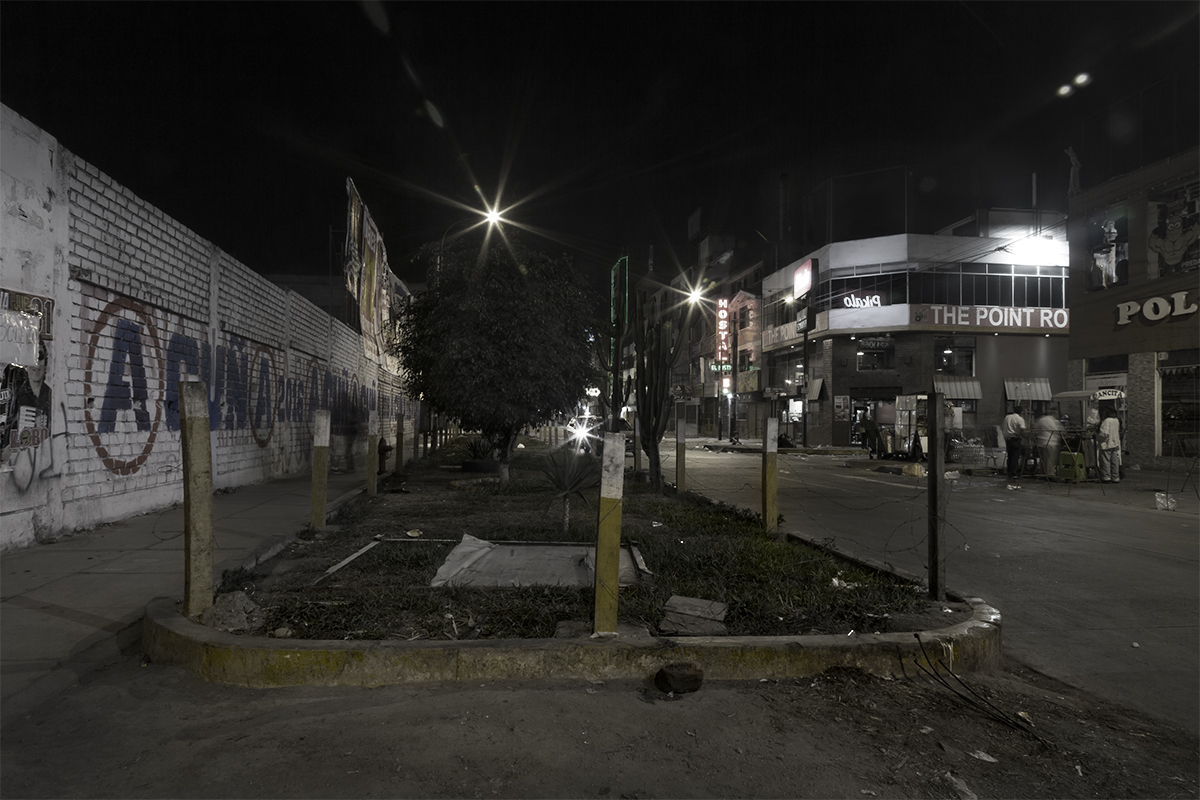 BarbozaGubo/Mroczek, Kiara Chinchay Leiva, 30 (Transgender, Survivor, 2014) Kiara was savagely beaten with clubs and rocks by a group of seven men in the area known as Independencia. The beating left her in a coma for 20 days. She lives with permanent damage and scars from the unprovoked attack, which was fully recorded by a nearby surveillance camera. Calle 1 con Los Andes, Independencia, Lima, Peru, 2016 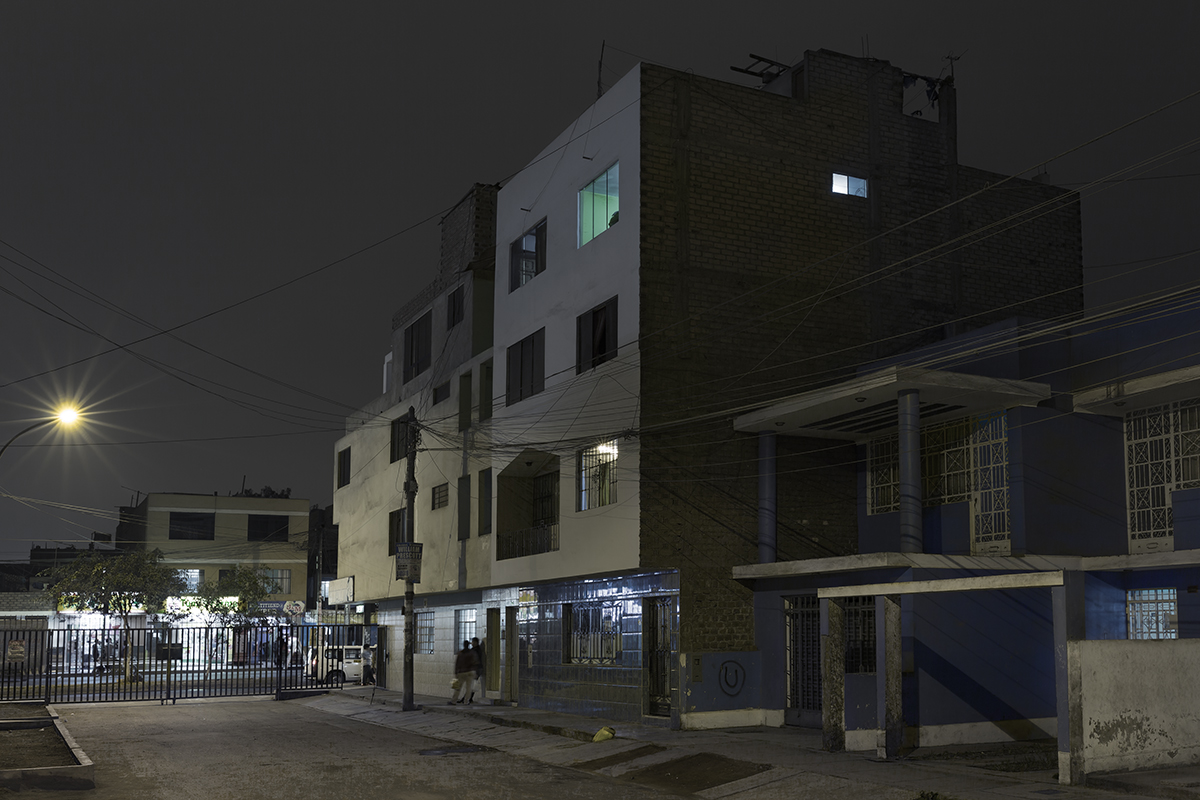 NEXT | Georgia O’Keeffe: Through the Lens >
< Greta Pratt: A Cloud of Dust | PREV