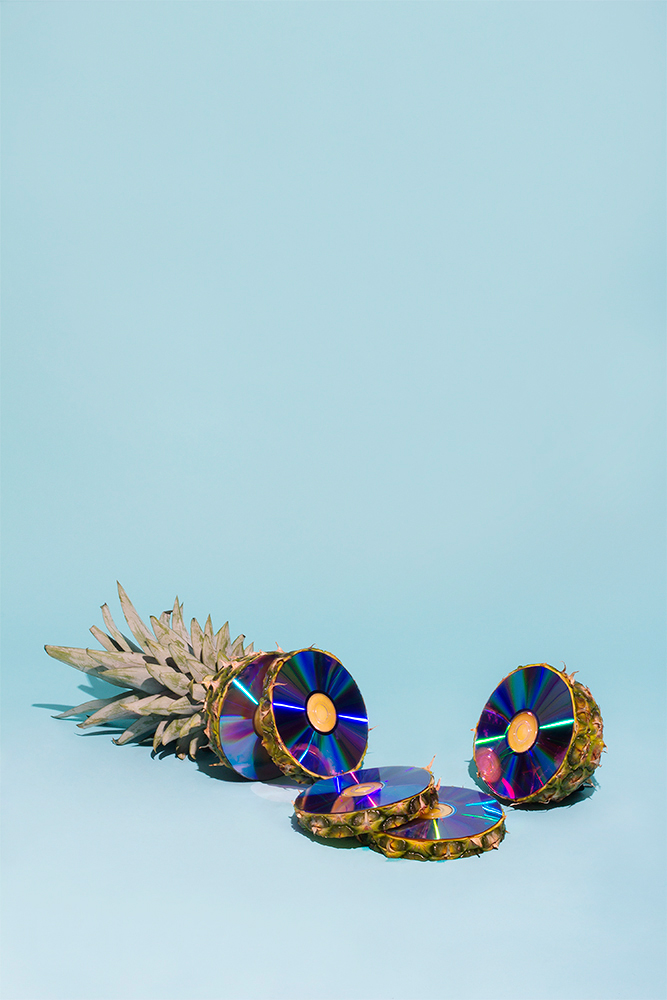 “The poor image is a copy in motion. Its quality is bad, its resolution substandard. As it accelerates, it deteriorates. It is a ghost of an image, a preview, a thumbnail, an errant idea, an itinerant image distributed for free, squeezed through slow digital connections, compressed, reproduced, ripped, remixed, as well as copied and pasted into other channels of distribution.”– Hito Steyerl, In Defense Of The Poor Image

What is authorship in the 21st century? What belongs to whom when our most prized possessions are merely glittering digital bits of ones and zeroes spread across a vast ocean of information that can be accessed by anyone at any moment. This is the quandary faced by artist and photographer Sara Clarken. In 2013, a simple but brilliant image of a pineapple sliced revealing the inside to be nothing but reflective compact discs, set against a cerulean background, made viral waves. The images was reblogged over 130,000 times and found its way into numerous magazines, image sharing sites, social media, and even gallery shows and book covers. Yet, the credit to the artist has been lost completely.

In an effort to reclaim authorship, the artist has decided to open a concept web shop that is part kitsch and part camp explosion. The e-retail space will feature the original image and stolen screenshots on limited edition items from apparel to houseware. Inspired by artist Hito Steyerl’s treatise on “The Poor Image,” Clarken intends to explore the afterlife of digital art, and methodologies in which artists can take back ownership in the great copyright war of the twenty-first century. 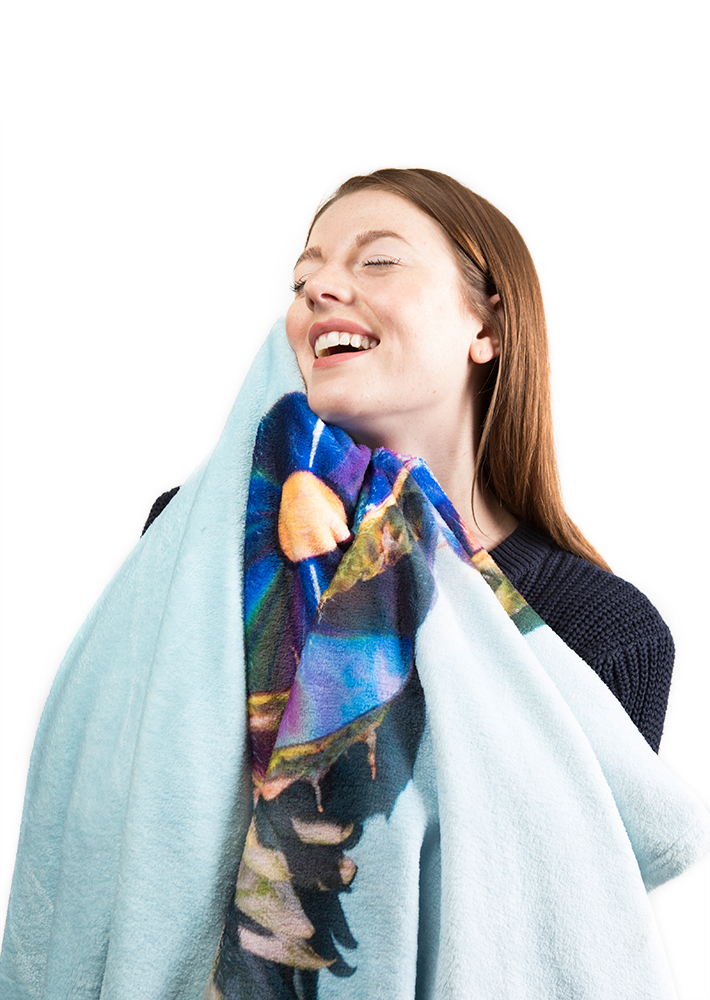 This project started off as a way for myself to reclaim authorship over my artistic property, but then morphed into a practice of taking control over destroying the image myself. Over the course of developing The Pineapple Shop I experimented with the transformation of the digital to the physical, and became frustrated with the quality of these kitsch objects I was creating. The resolution of the images that are transferred to prints, mugs, t shirts, and various home goods vary due to their journey through the digital realm. When originally creating this image, I was a first year undergraduate in the photography program, and all I knew at this point was how to create a composed photograph. After taking such a presence virally online, ‘The Pineapple’ became an object of consumption, and a symbol of distribution. it’s still being reblogged and reposted to the day, and I still find myself stumped when actually trying to decipher it’s traits of popularity. 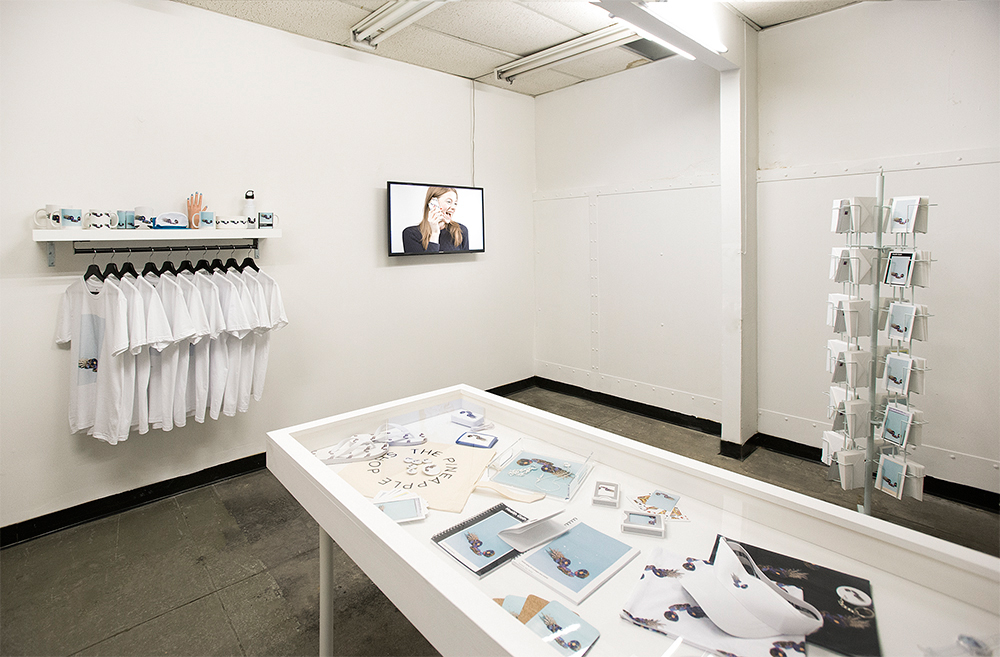 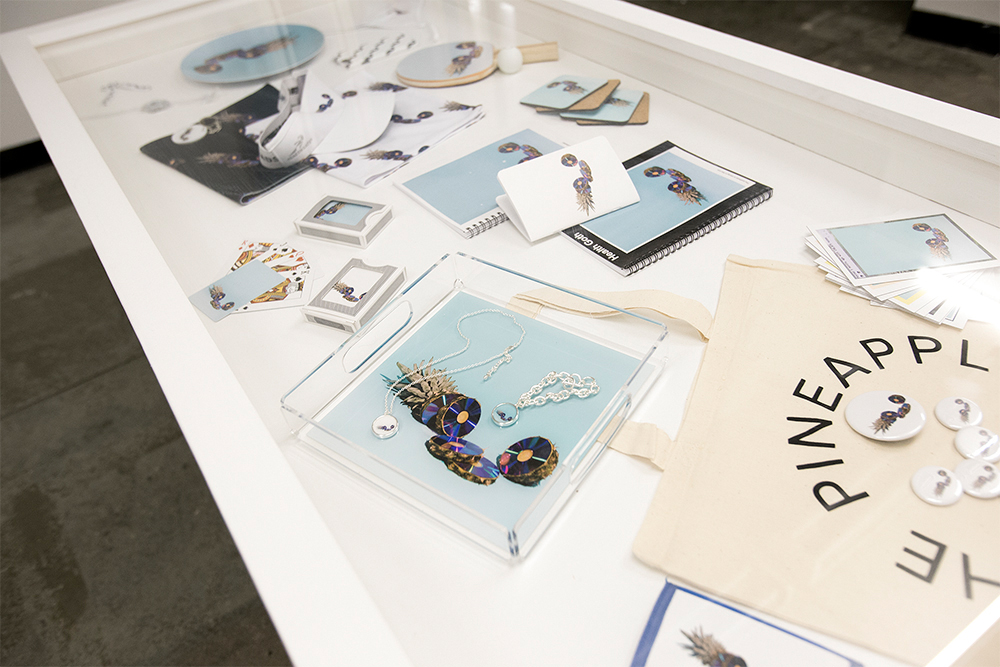 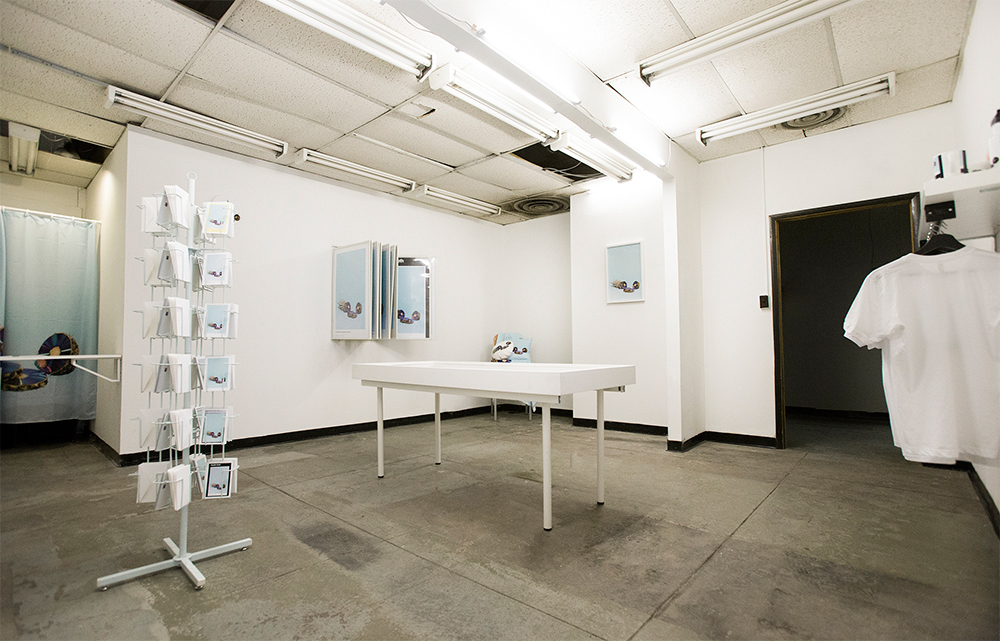