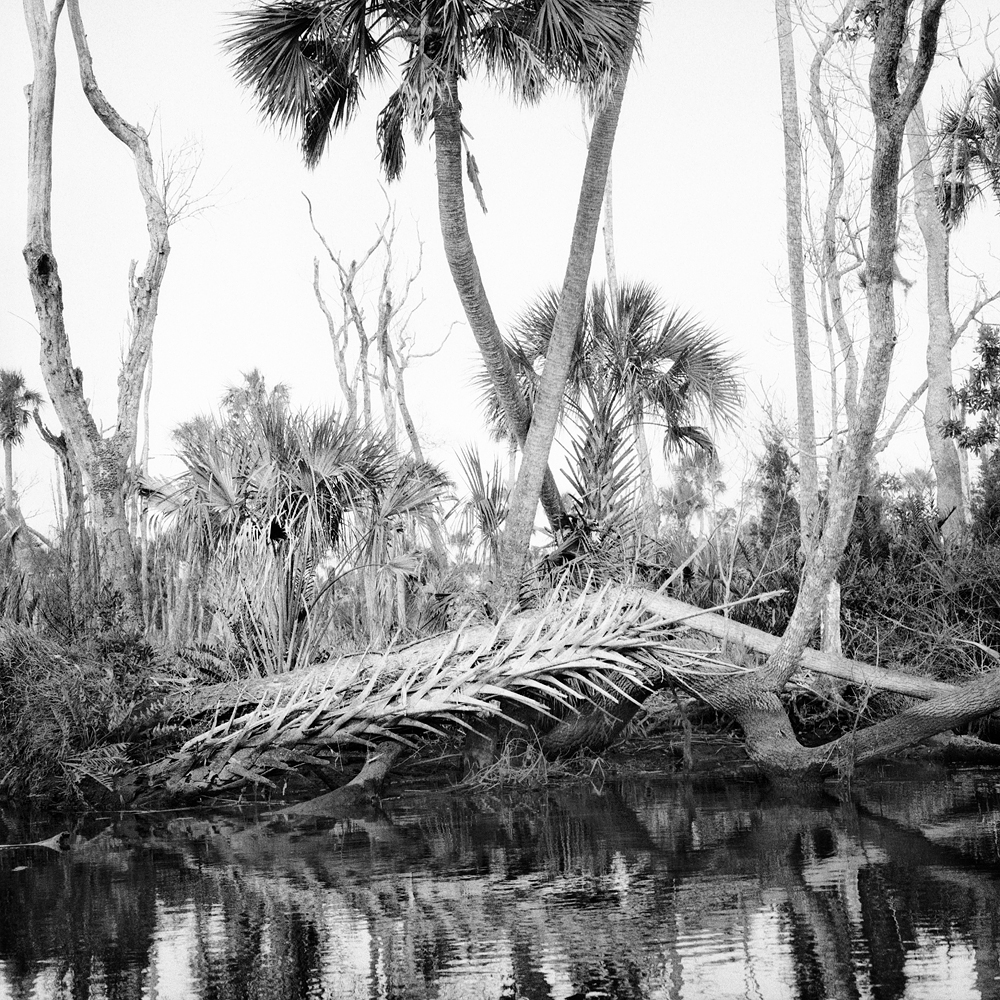 I first discovered Benjamin Dimmit’s stellar photographs when Alexa Dilworth and I jurored the Slow Exposures Exhibition in 2014 and selected some of his work for the show. His black and white capture of southern places, specifically the coastal waterways of Florida, were stunning in their composition and silver gelatin printing. Over the past two years, I have had the good fortune to get to know Benjamin as a person and photographer and have witnessed his passion for his craft in the wet darkroom, but also his commitment to using his photographs to document the changing landscape of the Gulf Coast waterways as the intrusion of saltwater continues to destroy the native flora and fauna. In early May, Benjamin opened the exhibition,  An Unflinching Look: Chassahowitzka Saltwater Intrusion, at the Clayton Galleries in Tampa, Florida, which runs through June 11, 2016. The work featured today reflects what is in the exhibition. 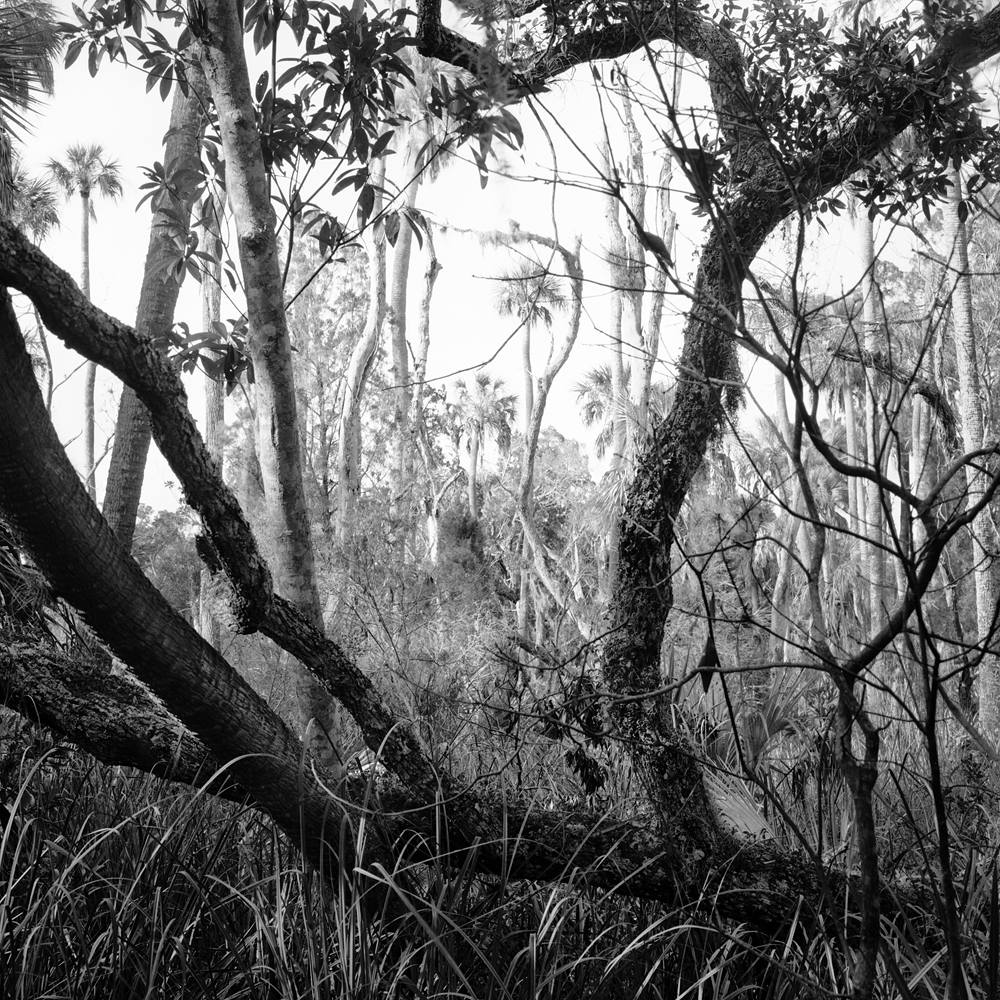 Benjamin was raised on the Gulf coast of Florida. He graduated from Eckerd College in St. Petersburg, FL and also studied at International Center of Photography in New York, NY; Santa Fe Photographic Workshop in Santa Fe, NM; Santa Reparata Graphic Arts Centre in Florence, Italy and City and Guild Arts School in London, England. Benjamin moved to New York City after college and held an adjunct professor position at the International Center of Photography in New York, NY from 2001-2013. He now lives and works in Asheville, NC and teaches workshops in Florida and North Carolina.

Benjamin’s work has been published in The New Yorker: Photo Blog, Photo District News-Photo of the Day, Black & White Magazine, Orion Magazine, South X Southeast Magazine, Tampa Bay Magazine, The New York Times, and The Washington Post among other publications. He was a finalist in Photolucida’s Critical Mass Award in 2014 and was also a finalist in New Orleans Photo Alliance’s Clarence John Laughlin Award in 2013 and 2014. His work is represented by Clayton Galleries in Tampa, FL. 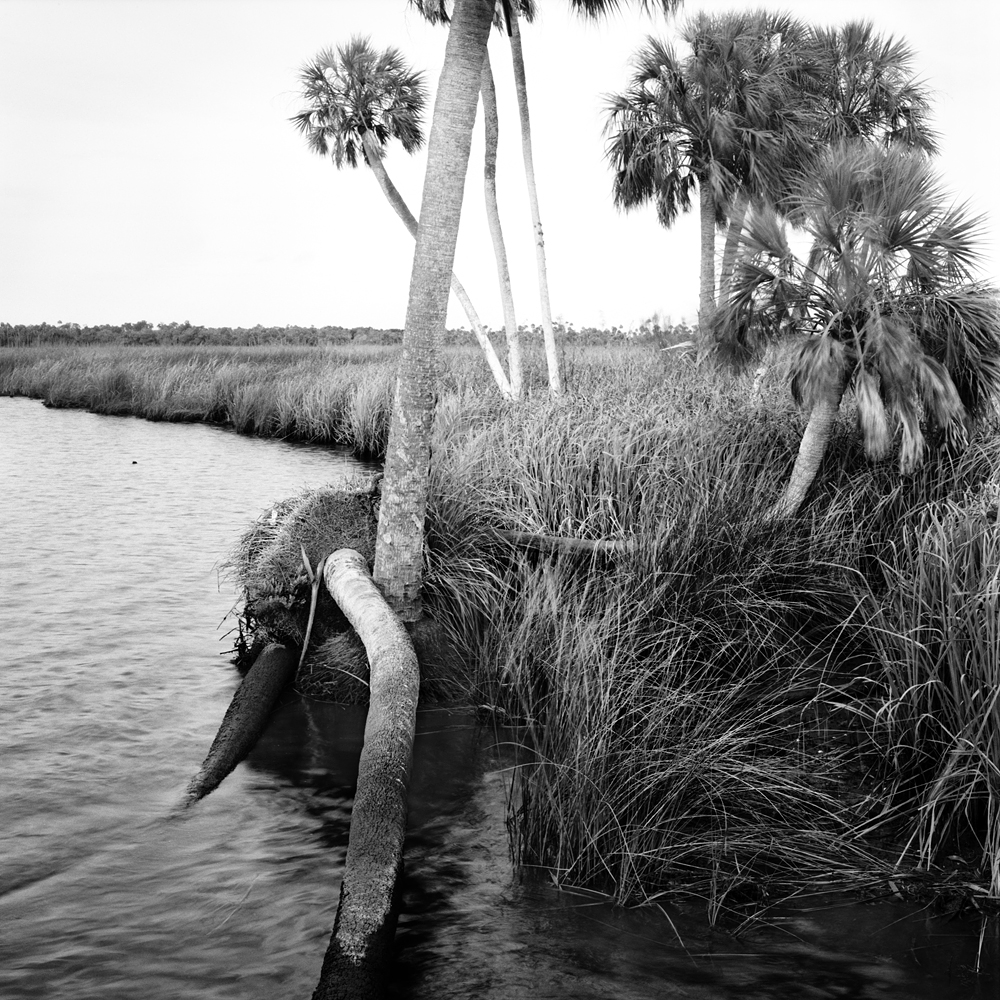 The Chassahowitzka National Wildlife Refuge is a very fragile spring-fed estuary, north of Tampa, on Florida’s Gulf coast. I was overwhelmed and captivated by its lush, primeval beauty on my first visit over 30 years ago and have photographed there extensively since 2004. The dense hardwood forests were festooned with moss, ferns and bromeliads and the fresh water creeks were a clear azure. There are other similar estuaries nearby but the Chassahowitzka River and the surrounding wetlands are part of the federal National Wildlife Refuge system and the river itself is protected as an Outstanding Florida Water.

Several years ago however, saltwater began creeping up into the spring creeks, killing the salt-intolerant hardwood trees. Rising sea levels were the cause but the intrusion was worsened when the Gov. Rick Scott-appointed Southwest Florida Water Management District, whose primary purpose is to protect the state’s water resources, determined that the wetlands could survive with less fresh water. This new minimum flow would allow the state to increase the pumping of fresh water to large-scale developments and agricultural interests many, many miles away. The drawdown of fresh water for these new upstream consumers has taken fresh water away from the aquifer that feeds Chassahowitzka’s springs. What had been dense, semi-tropical forest is now mostly an open plain of grasses relieved by palms and dying hardwood trees. 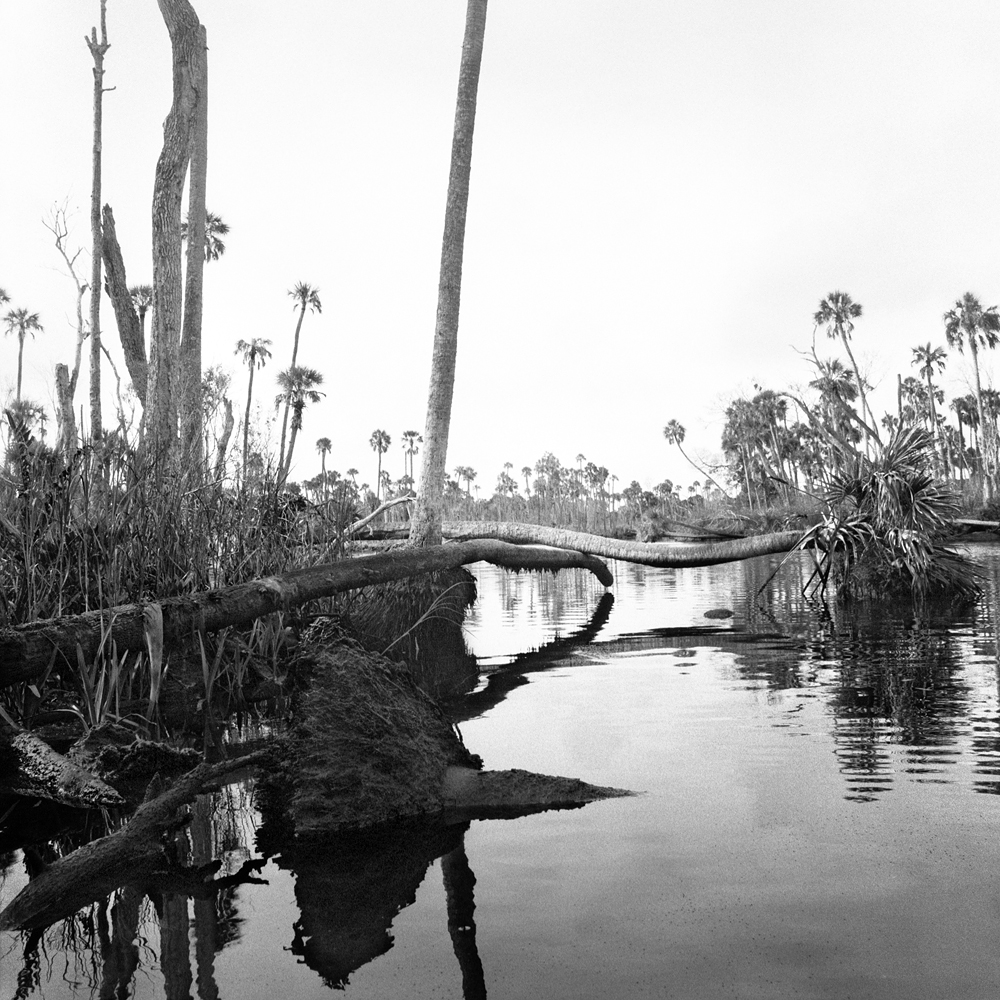 The swamp will never again be as it was just six years ago. At first, I would turn my back and canoe upriver toward the springs to photograph where the saltwater hadn’t reached yet. In 2014, I began to photograph in the salt-damaged sawgrass savannas as a way of reckoning with the ecosystem loss and of understanding what Florida is becoming. I narrowed my focus to a small, remote area that I know and love and which is reachable only by boat at high tides. Photographing there can be difficult as there are very few dry places where I can walk and put my tripod down. In many cases, it has been necessary to photograph from a canoe with a hand-held camera and high-speed film in order to access the areas where I can get a close look at the saltwater damage. 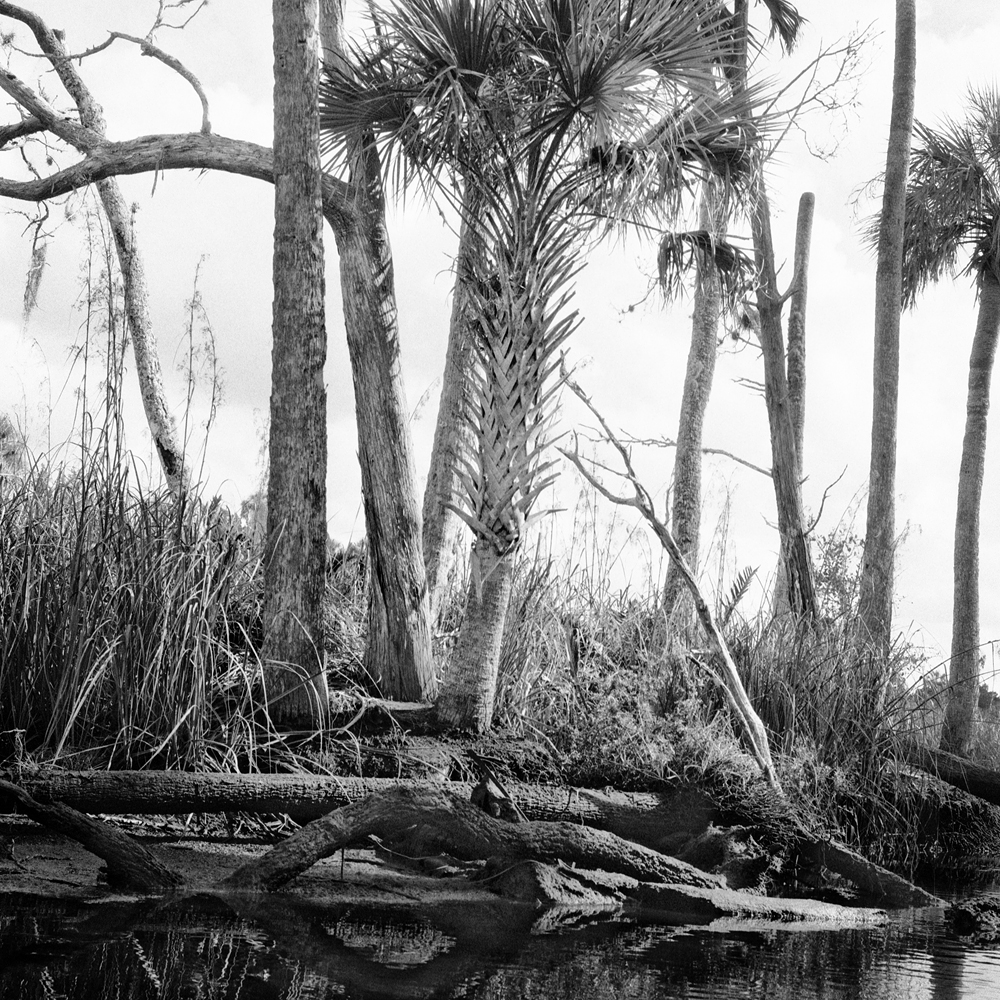 There is an elegiac beauty in these evolving wetlands but the process of documenting it has been difficult for me. As a native Floridian, it is very painful to see such a lush, verdant landscape decimated. It has also been distressing to work on these photographs.

In my college studies, we learned that, in the future, the seas would rise because of global warming and that there would be wars over oil and water. I didn’t believe that this could happen in my lifetime but it has. The fragile wetlands along Florida’s coasts are a bellwether; as they go, so goes the balance of the Florida’s shorelines and the world’s. 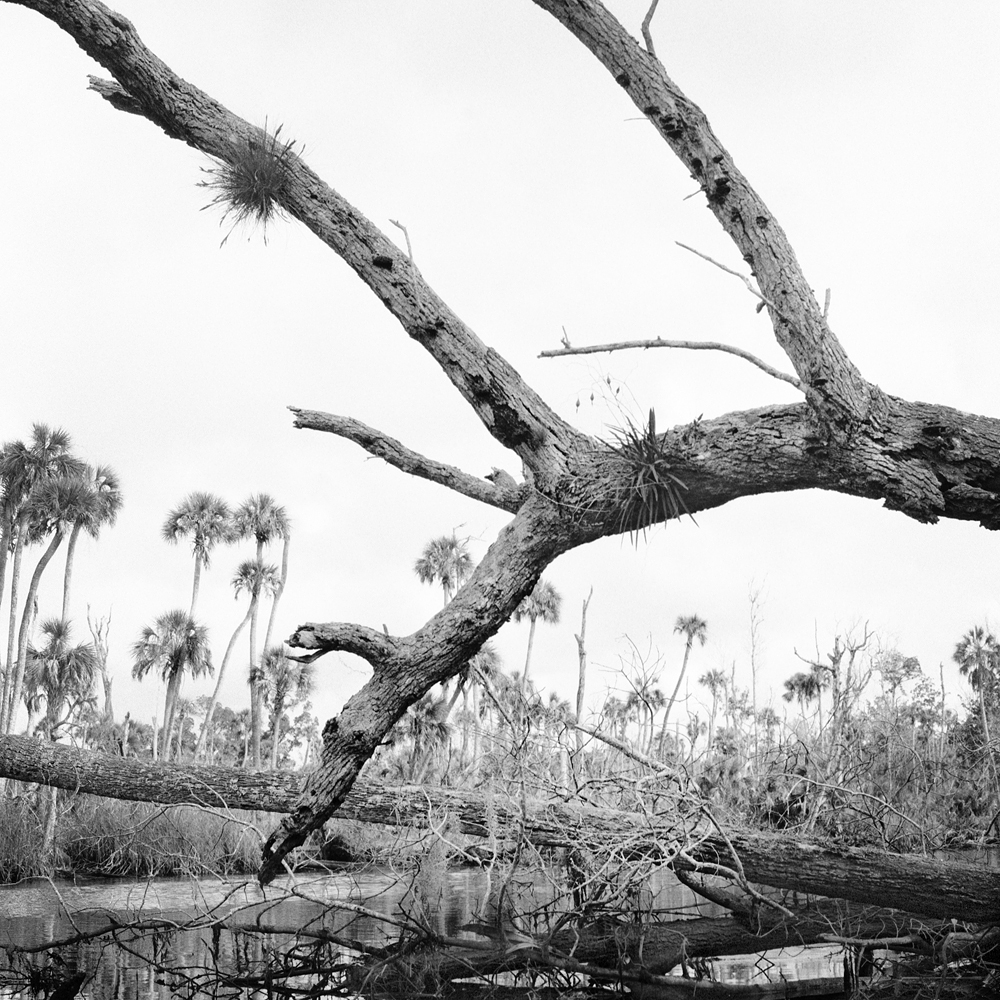 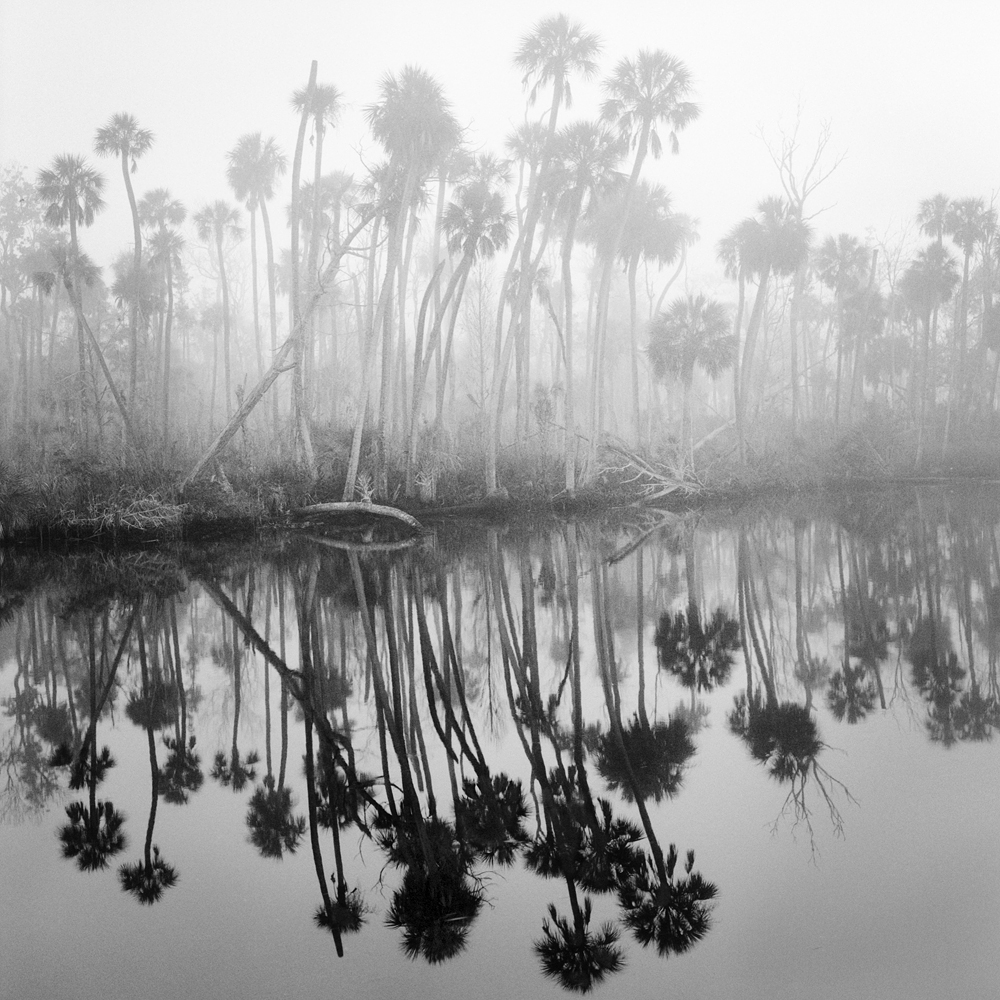 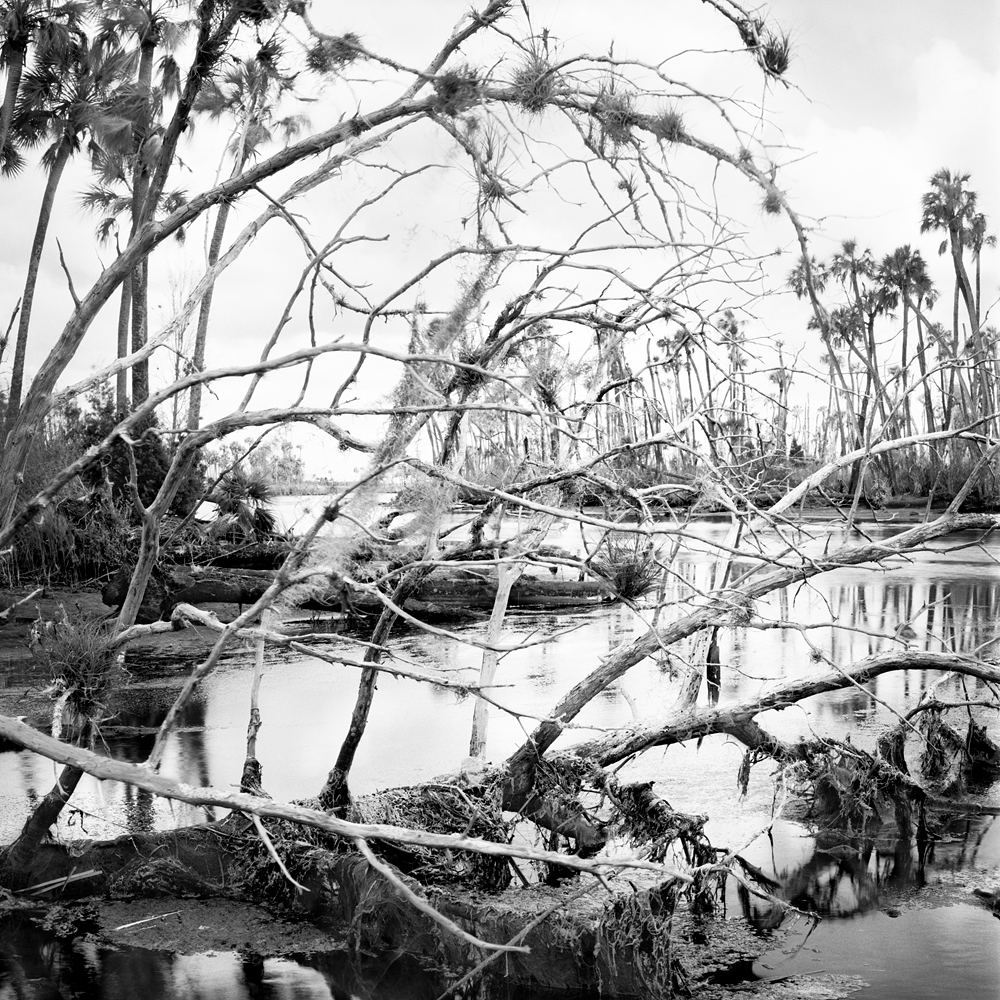 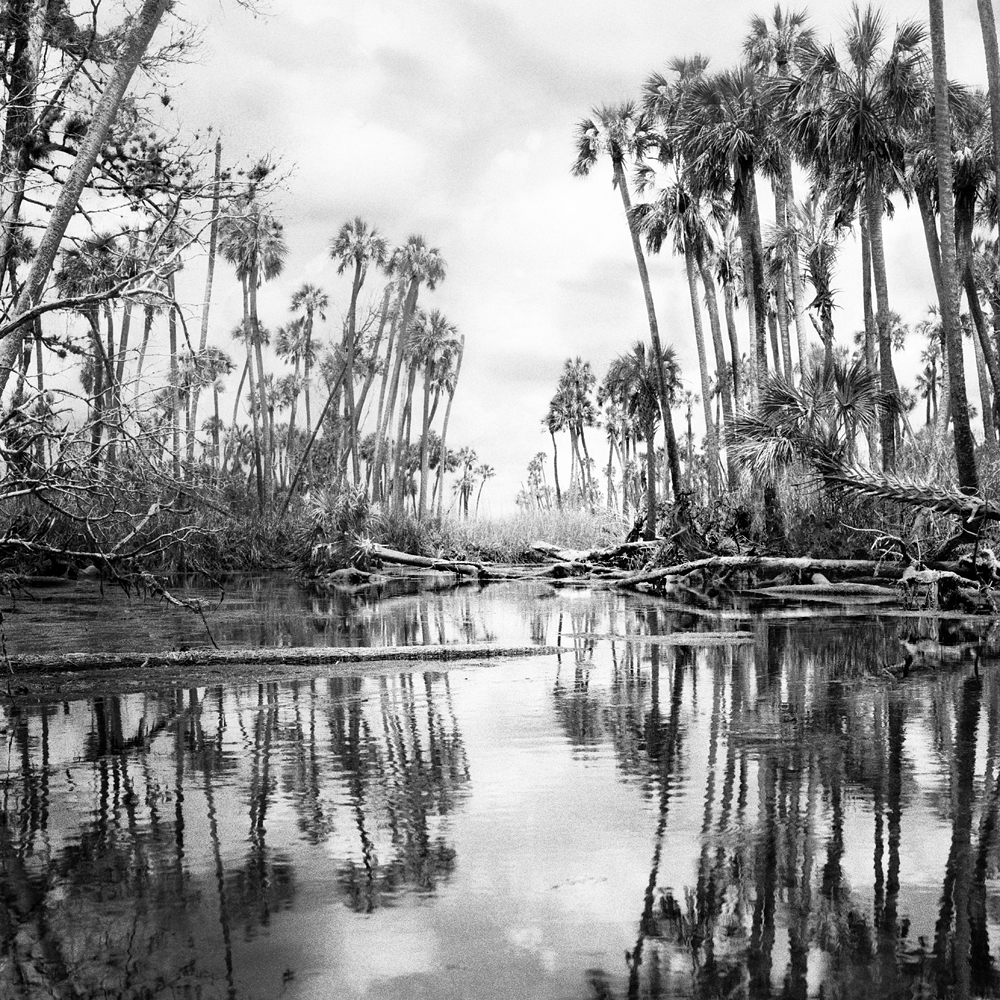 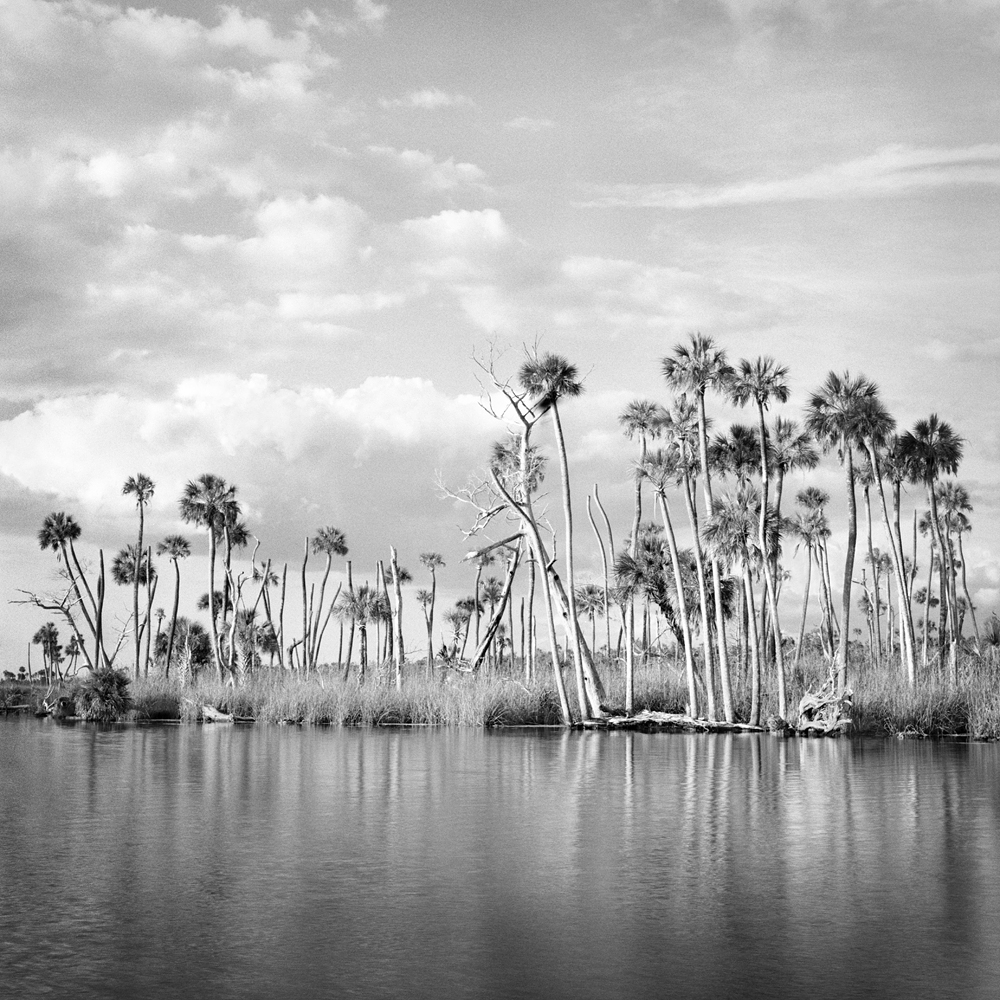 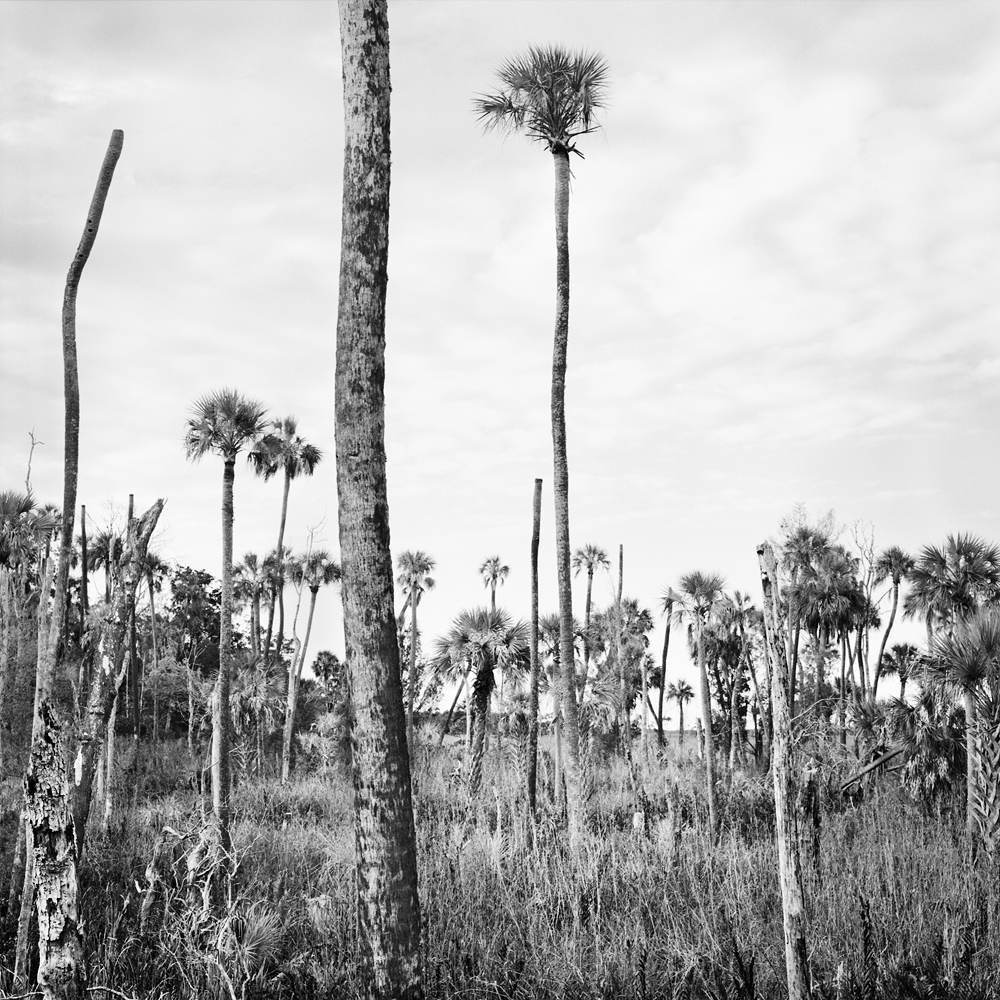 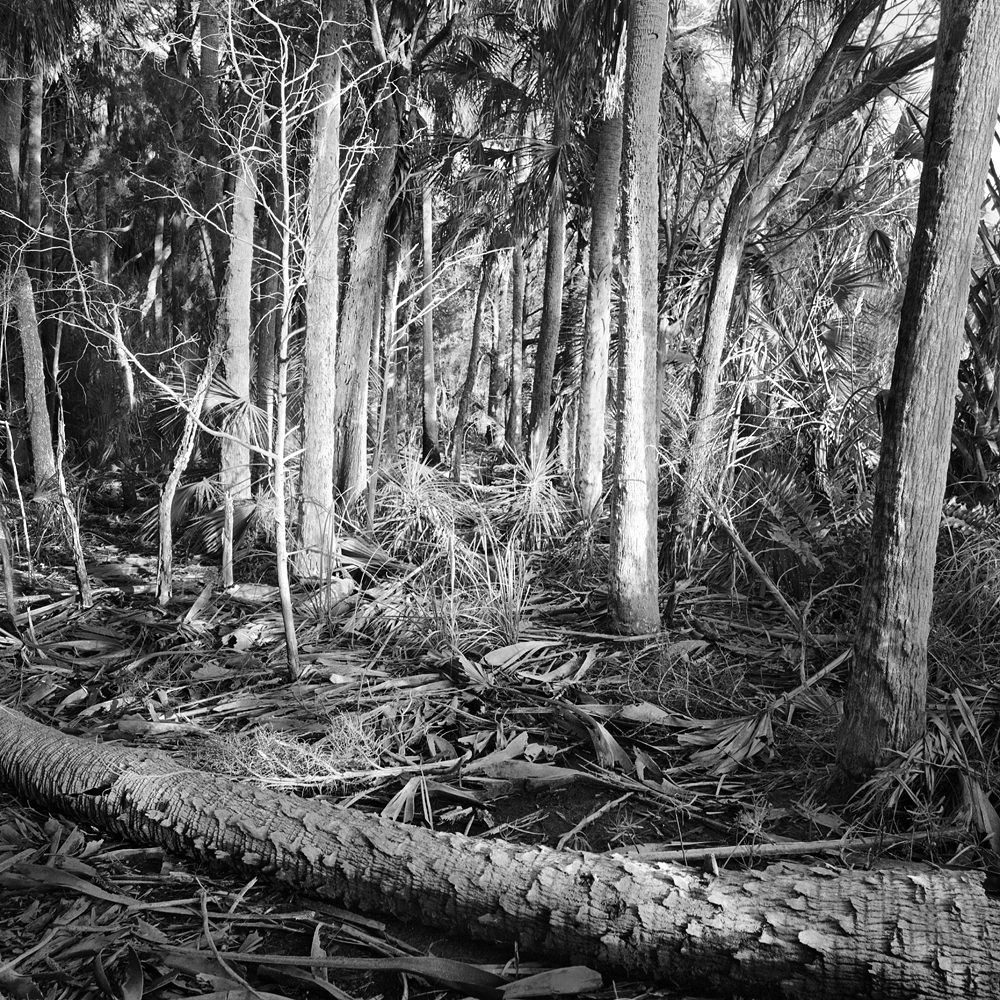 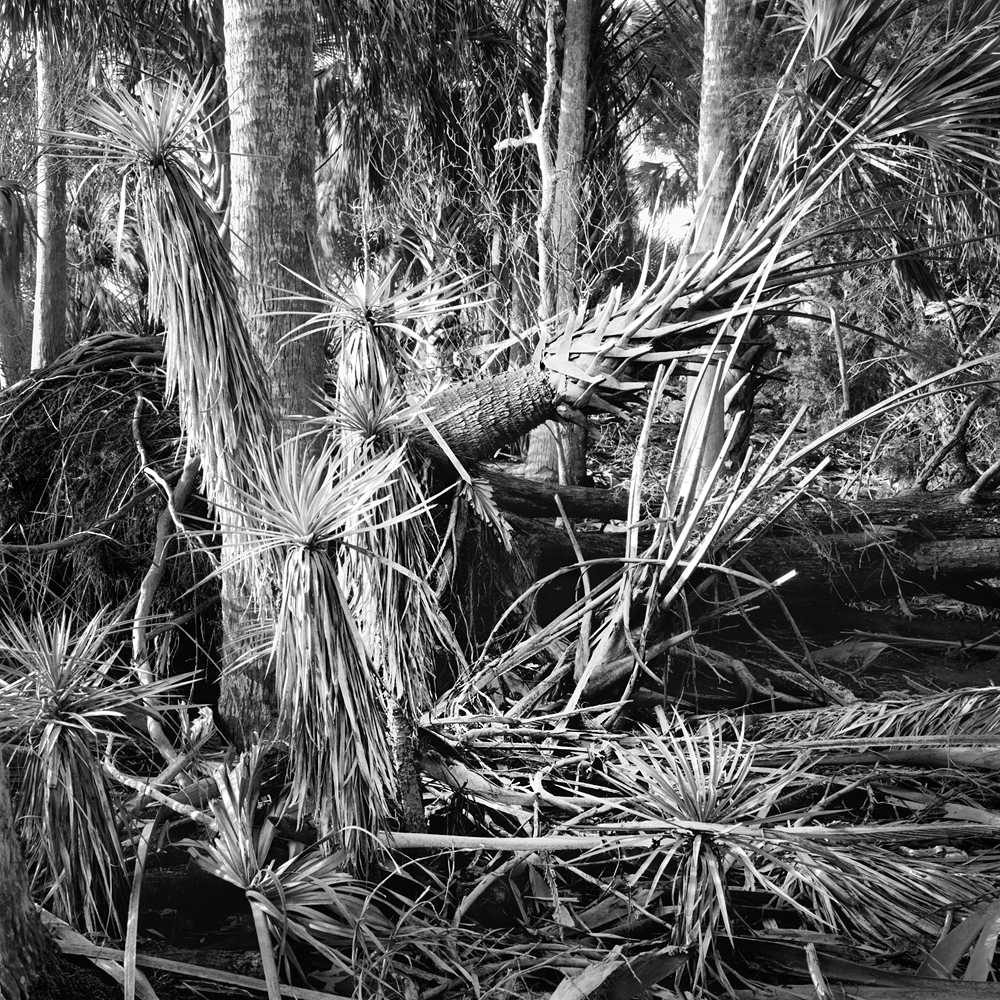 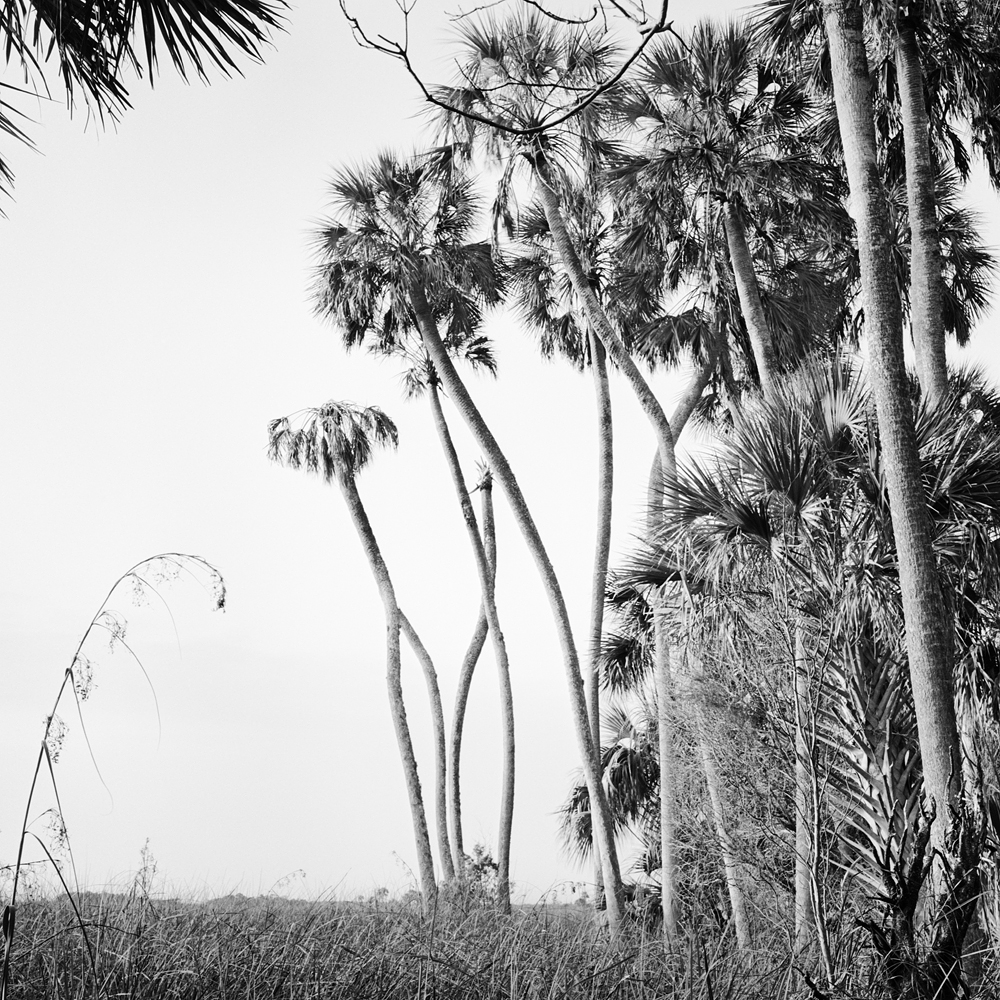 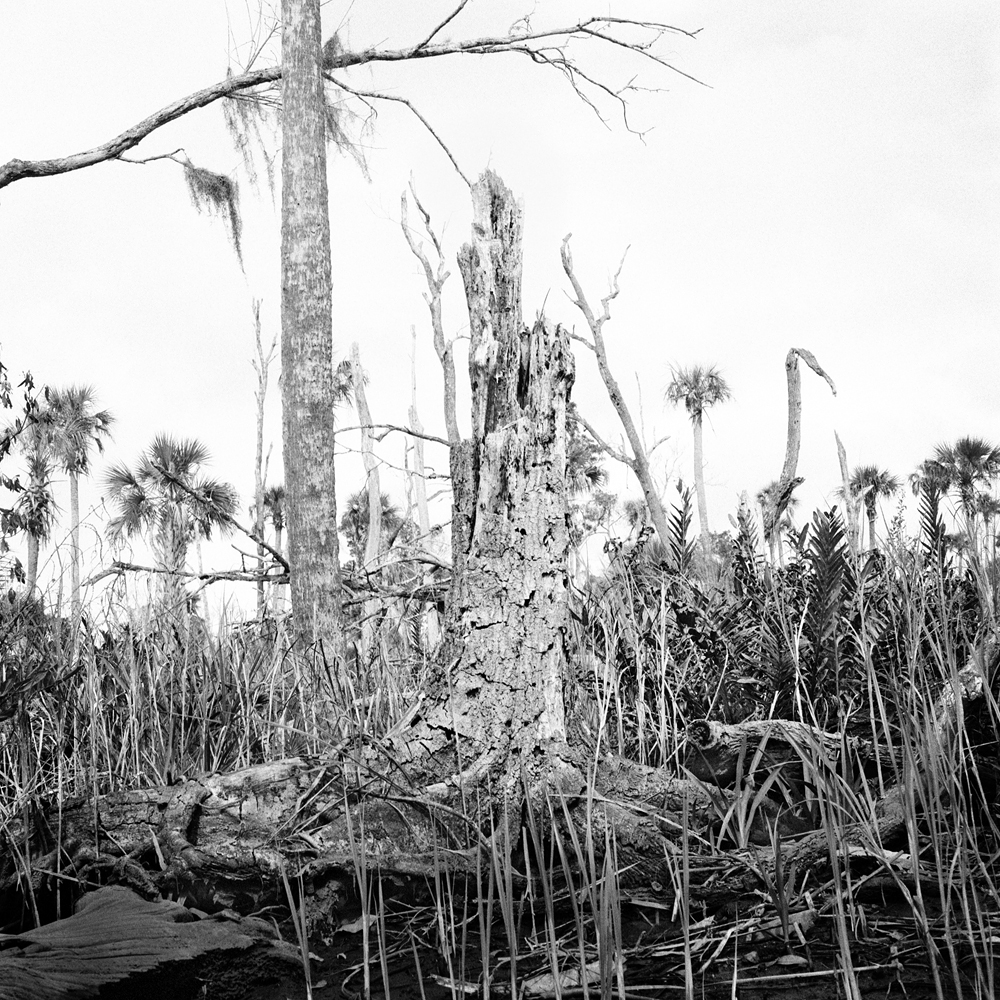