Body of Research at Sloan Projects by Aline SmithsonSeptember 4, 2016 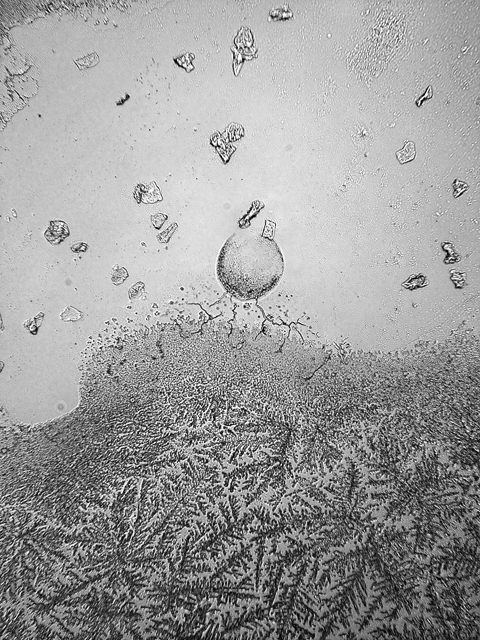 ©Rose-Lynn Fisher, After the Sun Came the Tears, 2013 – 2015 From the series, Topography of Tears /Courtesy of Sloan Projects

Sloan Projects in Santa Monica, CA opens a new exhibition, Body of Research, a multimedia group show with works by Rose-Lynn Fisher, Adele Mills, Brittany Neimeth, Amanda Vincelli, Ireland Wisdom and Jenifer Yeuroukis. The exhibition will be on view from September 10 through October 8, 2016, in the gallery’s annex in Bergamot Station in building A5.

Body of Research brings together work by six women artists, all of which utilize the body as a site of investigation and revelation. The exhibition resulting in a sense of discovery through research, analysis, and unique interpretations of familiar and intimate subject matter. The exhibition consists primarily of photographic prints, augmented by single works in video, charcoal, and fabric.

A selection from Rose-Lynn Fisher’s The Topography of Tears illustrates her in-depth study of 100 tears photographed through an optical microscope. The project began in a period of personal change for the artist, characterized by loss and copious tears. The random compositions Fisher discovered in her magnified tears evoke an eerily earthly place, as if they are aerial views of emotional terrain. Although the empirical nature of tears is a chemistry of water, proteins, minerals, hormones, antibodies and enzymes, the topography of tears is an ephemeral landscape, as transient as the fingerprint of someone in a dream. The artist writes:

Tears are the medium of our most primal language in moments as unrelenting as death, as basic as hunger, and as complex as a rite of passage. They are the evidence of our inner life overflowing its boundaries, spilling over into consciousness. Wordless and spontaneous, they release us to the possibility of realignment, reunion, catharsis: shedding tears, shedding old skin. It’s as though each one of our tears carries a microcosm of the collective human experience, like one drop of an ocean.

Rose-Lynn Fisher received her BFA from the Otis Art Institute, Los Angeles, California. Her work has been exhibited nationally and internationally and published extensively since the 1990s. A monograph of the complete project, The Topography of Tears, will be available in May 2017. 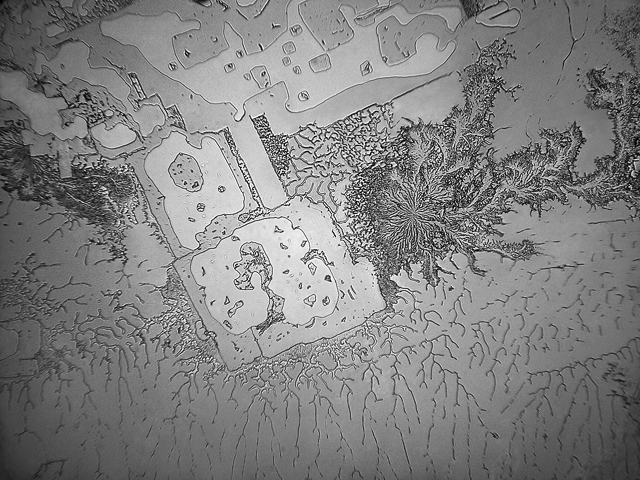 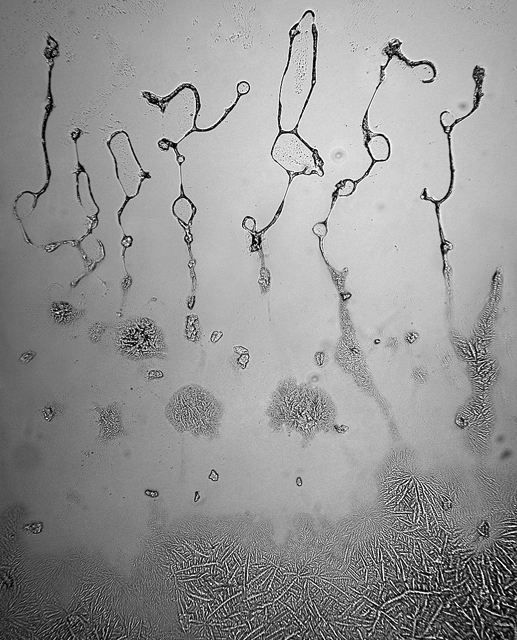 ©Rose-Lynn Fisher, Overwhelm, 2013 – 2015 From the series, Topography of Tears /Courtesy of Sloan Projects 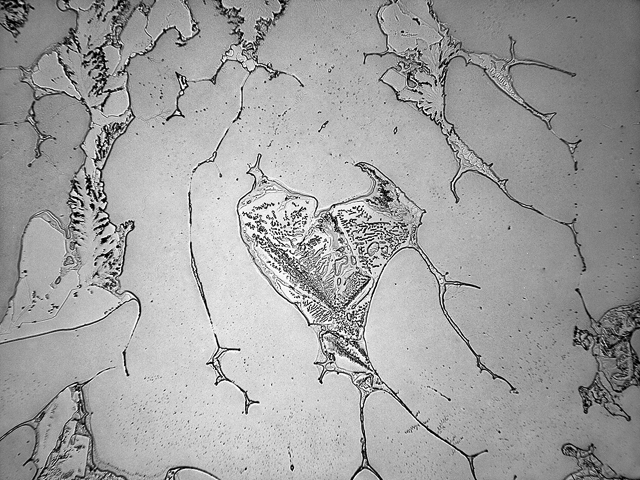 ©Rose-Lynn Fisher, What Couldn’t Be Fixed, 2013 – 2015 From the series, Topography of Tears /Courtesy of Sloan Projects 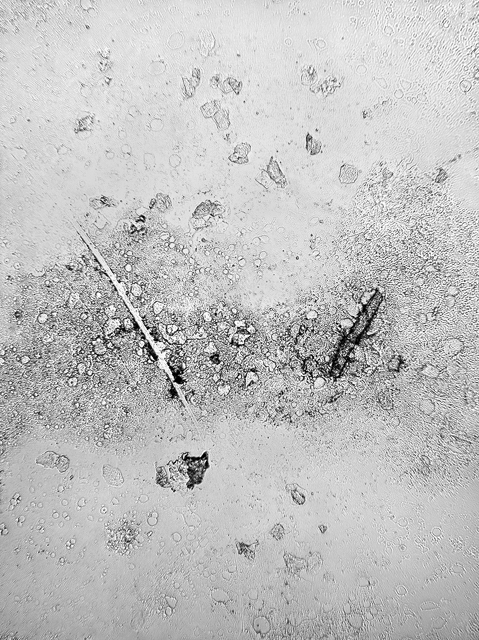 ©Rose-Lynn Fisher, What it Meant After a Long Time Forgotten, 2013 – 2015 From the series, Topography of Tears/Courtesy of Sloan Projects

In Brittany Neimeth’s Viscerality series, the female body loses its purely figurative quality in favor of a play of forms. The artist uses flesh sculpturally to expand and recede the body while utilizing the tropes of fetish and bondage with ropes and restriction. The smooth, malleable flesh of the zaftig female form is squeezed and molded like soft clay into sensual abstraction, filling the photographic frame unabashedly. The conscious absence of props and narrative elements, the stark backgrounds and the even, clinical lighting, lend these images a direct and genuine quality that distinguishes them from idealized and romanticized images of subordinate women in traditional bondage. 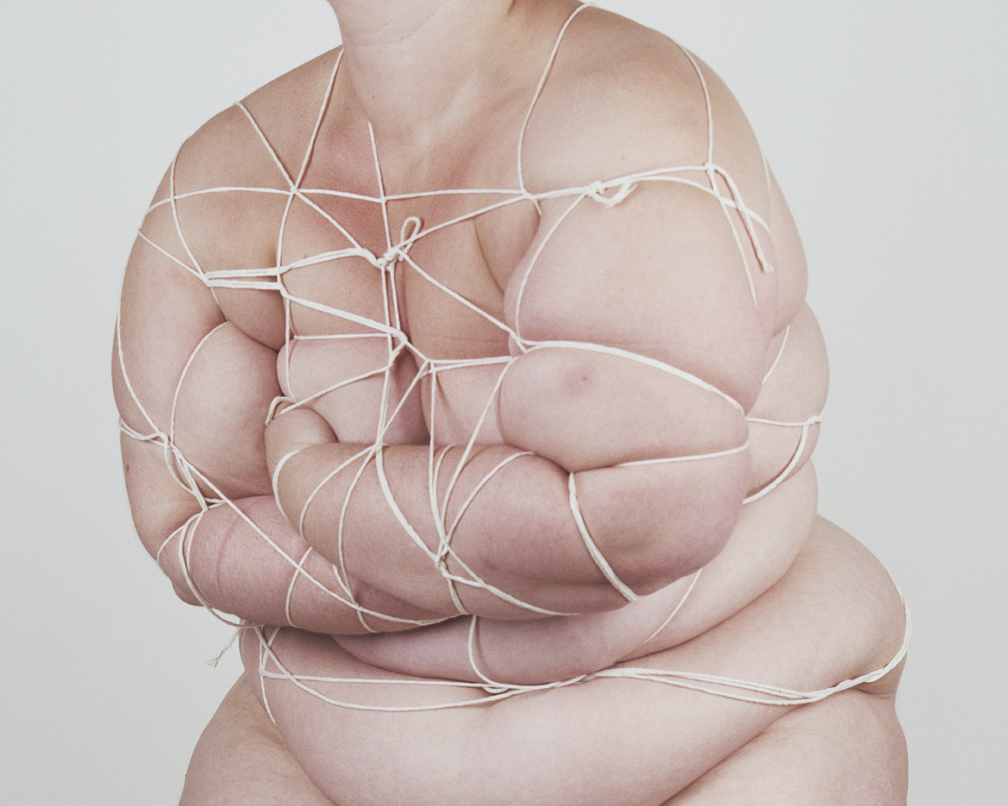 ©Brittany Neimeth Viscerality #6, 2013 From the series, Viscerality/Courtesy of Sloan Projects 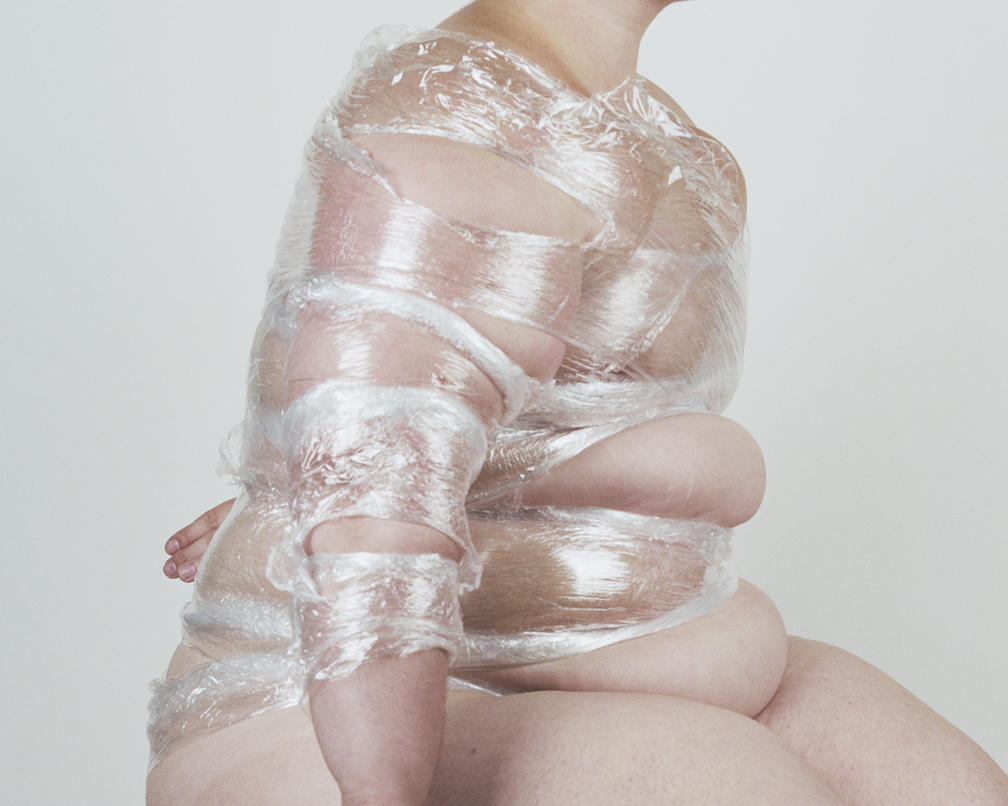 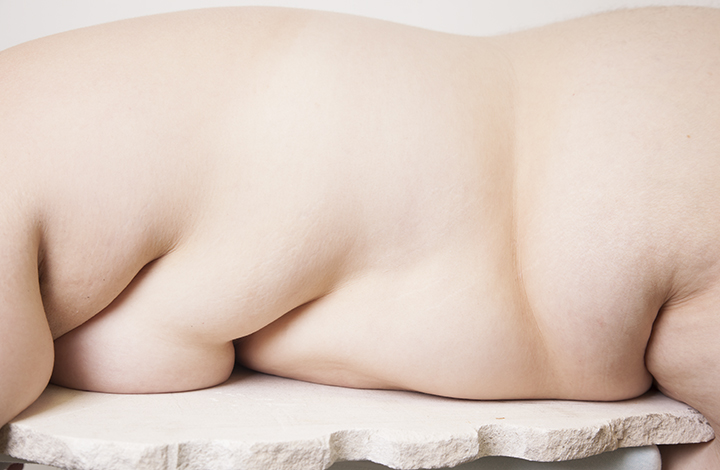 ©Brittany Neimeth Viscerality _, 2013 From the series, Viscerality/Courtesy of Sloan Projects

Amanda Vincelli‘s Regimen documents the medicinal regimens of 100 women ages 21 to 35 — specifically, the motivations behind their often-changing consumption of or abstention from pharmaceuticals, supplements, vitamins, and recreational drugs. A selection of portraits from this project presents a cross-section of young women stripped of ornamentation, raw, without makeup, without posturing, and each confronting the camera directly and openly. Revealing testimonials in the subjects’ own handwriting compliment and deepen our understanding of how these women navigate issues like reproductive health and body image in a society where there is pervasive competitive-like pressure to outperform one’s natural disposition. By chronicling the medicinal rituals of these young subjects, the artist examines processes and outcomes of diagnosis and normalizing perceptions of health – asking: what is natural? Who and what can we trust? It also captures people approaching health care like online research, synthesizing diverse, sometimes contradictory sources into a “comprehensive” health care philosophy.

Amanda Vincelli earned a BBA in Strategic Design from the Parsons School of Design, New York, and is currently an MFA candidate in Photography and Media at California Institute of the Arts, Valencia, California. In 2017, her project Regimen will take shape as a public art installation across the city of Montreal. 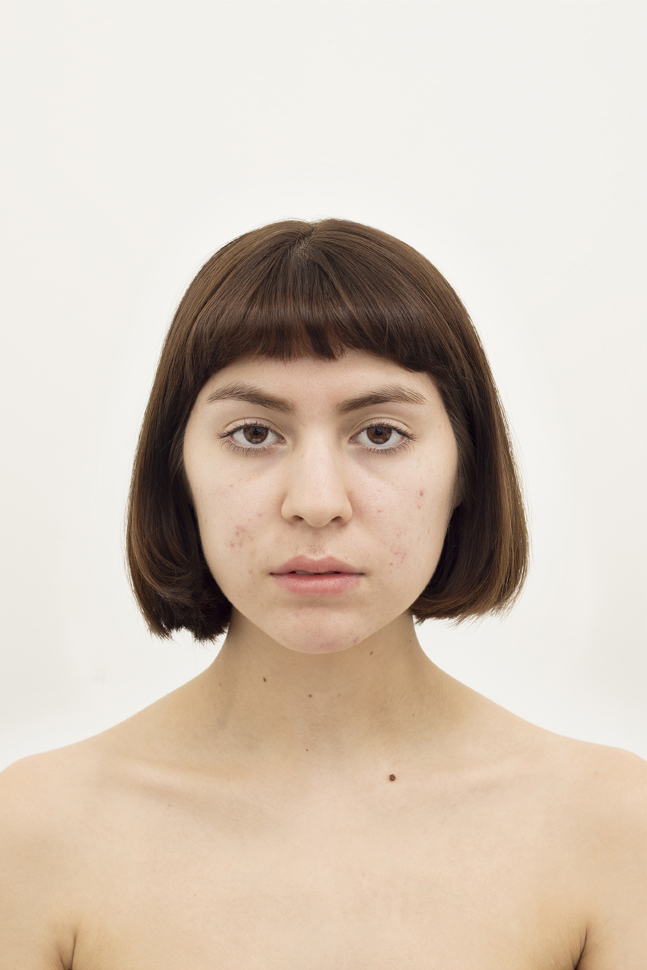 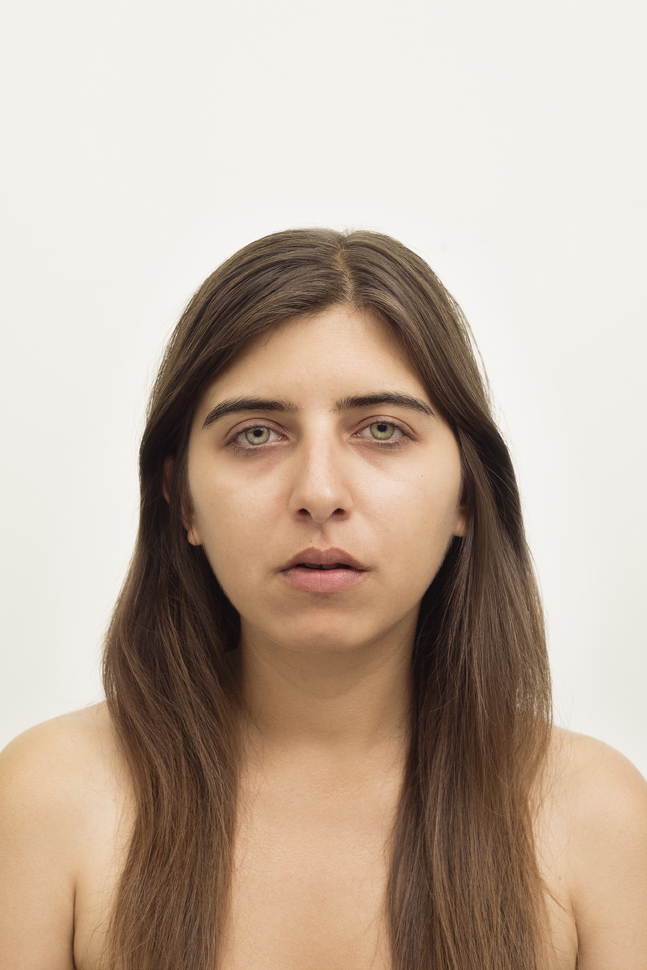 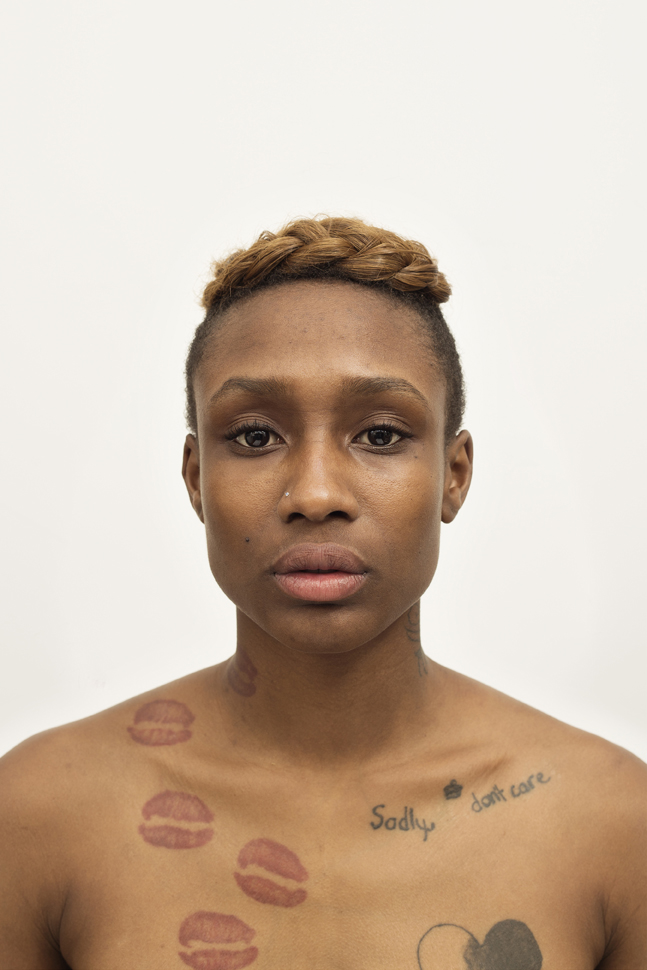 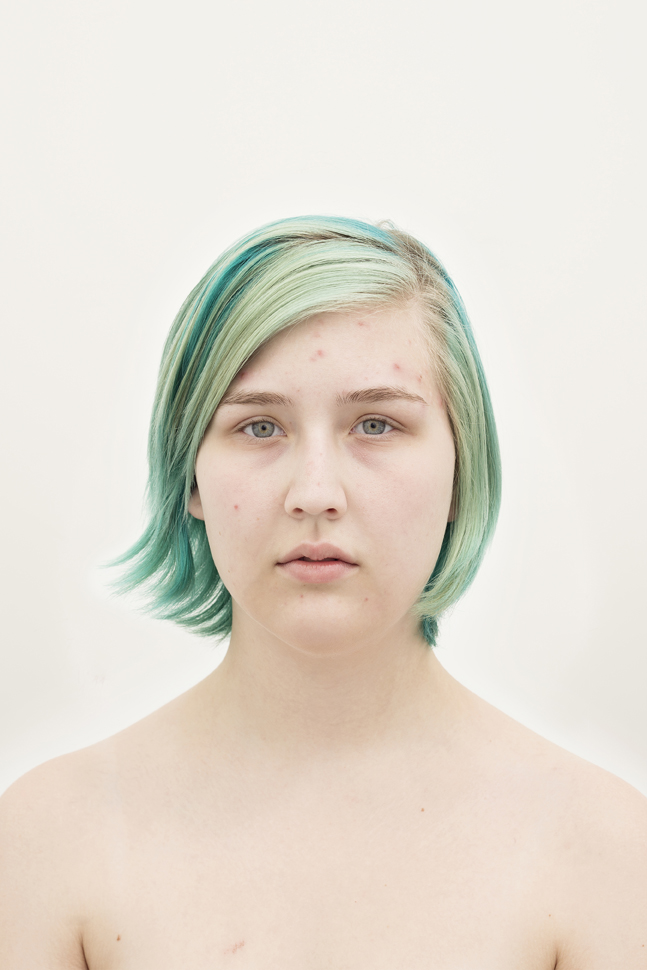 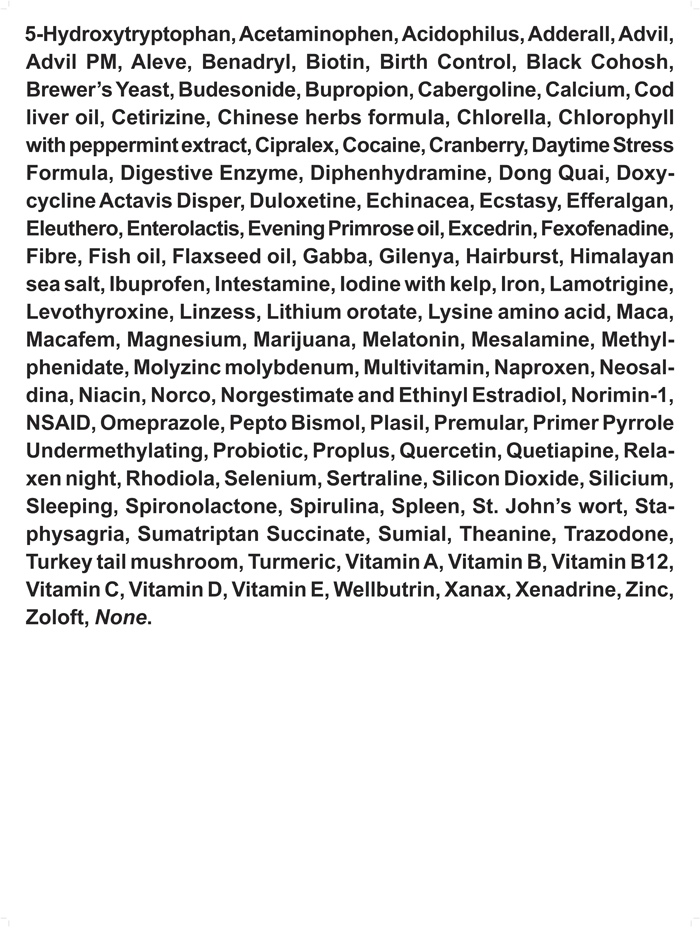 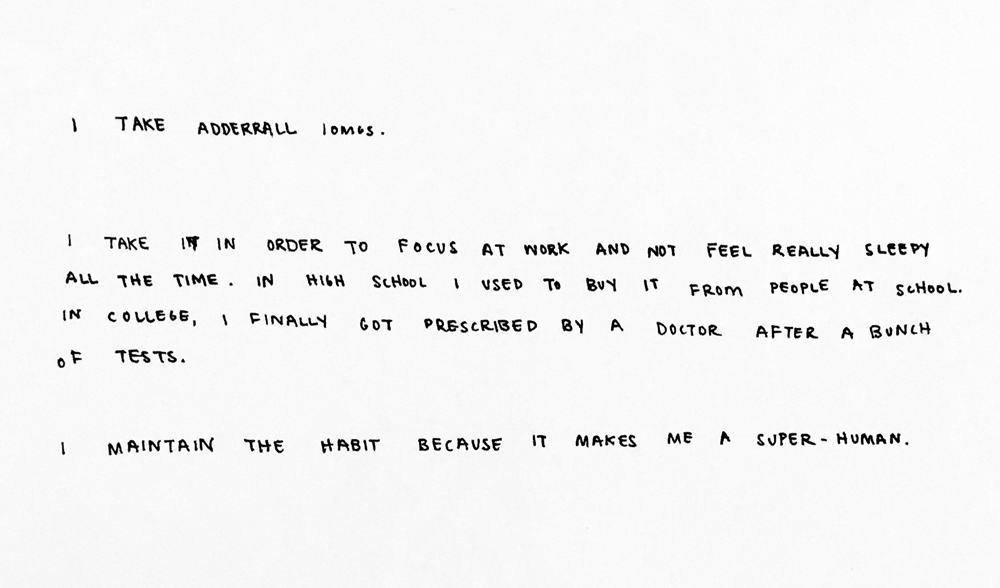 Jenifer Yeuroukis is a multi-media artist who often incorporates her own body into her work. As the artist states “performing my body as a site of struggle that is subjugated to culture, politics and history is my way of wrestling with my own conscious and gleeful participation in this struggle.” In her video Her Zealous Preservation we witness this struggle being played out as she contorts her body to fit into a single drawer in an open refrigerator. Simultaneously discomforting and playful, the work illustrates the artist’s interest in how items of everyday use trigger feelings of physical inadequacy in women’s psyches, as well as the duality of absurd humor and painful effort that exists in the process of maintaining beauty standards and self preservation.

Jenifer Yeuroukis received her BFA from California Institute of Arts, Valencia, California, and her MFA in Visual Studies from Pacific Northwest College of Art. She has performed at venues such as the Hammer Museum, Los Angeles, and L’Opera de Lyon, Lyon, France.

Still Looking by Adele Mills, originated with the artist’s Bloodline Project, a series of portraits exploring the interruption of the mother/child connection at birth. Using video/camera eye tracking technology, the artist recorded the eye movements of volunteers as they looked at portraits of the birth mothers they were searching for but had not yet found. These portraits were rendered using forensic techniques, based upon information provided by the children. The eye-tracking device traced the gaze of the participants when they looked at the “face” of their mothers for the very first time, their gaze often focusing on the eyes of the portrait as if to illicit a much desired response. Still Looking is rendered in Mills’ signature technique, combining a print on fabric over a print on paper in a shadow-box format. The effect allows for a deeper level of connection to the movement implied by the traces from the eye-tracking mechanism.

Adele Mills received her MFA from California Institute of the Arts, Valencia, California and was a Research Scholar at UCLA’s Center for the Study of Women.

And finally, a drawing of the Venus de Milo, in charcoal and white chalk on toned paper, by Ireland Wisdom. This exquisite rendering of the Hellenistic icon of femininity was created from life while the artist was studying abroad in Europe. With tenderness and gravitas, the artist presents the Venus de Milo in all of her sensuality and grace, her missing arms reminding us of the beauty and mystery of physical imperfection, damage, and loss.

Ireland Wisdom is entering her third and final year of study at the Florence Art Academy, Florence, Italy.