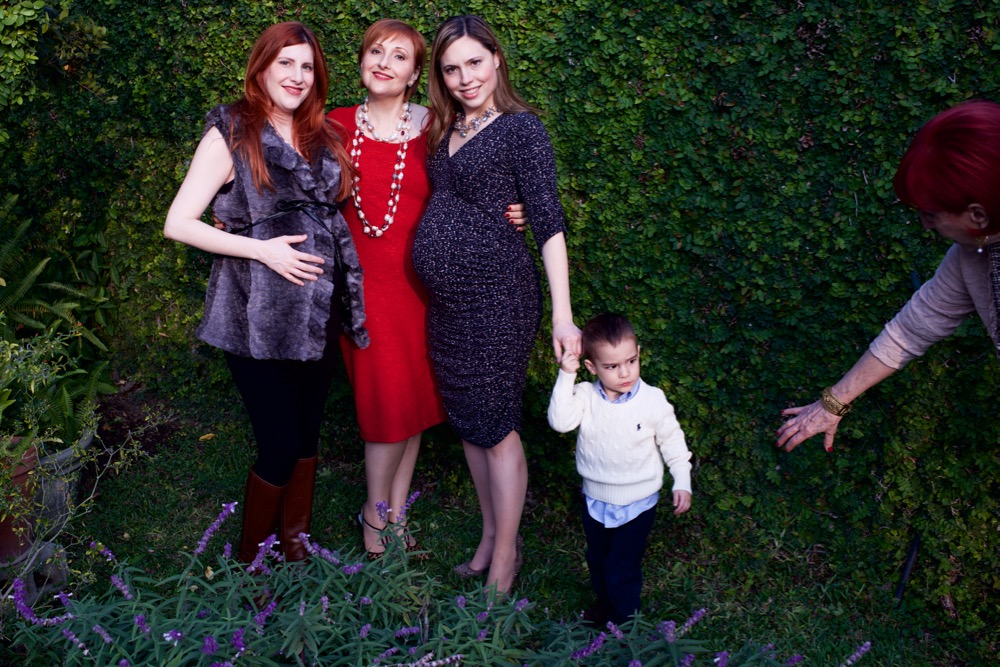 I recently had the wonderful experience of taking Cig Harvey’s Master Workshop in San Miguel Allende, Mexico, hosted by the Santa Fe Workshops. One practice that Cig employs is for students to be paired off and interview each other about their lives, and then introduce that person to the class. I was lucky to be paired with Felipe Garza, a Mexican artist and businessman from Monterrey in Northern Mexico. He shared his life story with me and also shared that the focus of his photography was his….grandchildren. I have to admit that my eyes glazed over, thinking about what his work could potentially look like. But boy was I wrong. In fact, his work was incredibly strong, well-seen, and nuanced in a way that is unique, humorous, and cinematic–never forgetting that his focus was on the world of the child. This sophistication in photographing family tableaux is not easy to achieve, but for Felipe, it is seemingly effortless. Over the week, he shared more of his work in class and also shared images that he was creating in San Miguel–by the end of the week, I was a huge fan.

Felipe Garza is a Mexican artist, living in Monterrey, northern Mexico for most of his life. Garza lived in the United States while getting his Chemical Engineering degree from Stanford University and his MBA from Cornell University, and he traveled extensively during his 40 year tenure at a Mexican multinational company.

His passion for photography began when one of his photos was published in the 1977 Stanford yearbook. Since then, he has developed his personal style and intensively studied the art form in photographic workshops.

In his travels, in the news, and in popular culture, Garza saw a Mexico he could not identify with. Mexico’s portrayal in the media, and in US politics has felt even more distorted in recent months, motivating Garza to share his personal photographic project of his family. Garza saw that the portrayal of his close knit family, particularly of his grandchildren, could help illustrate another side of Mexico. 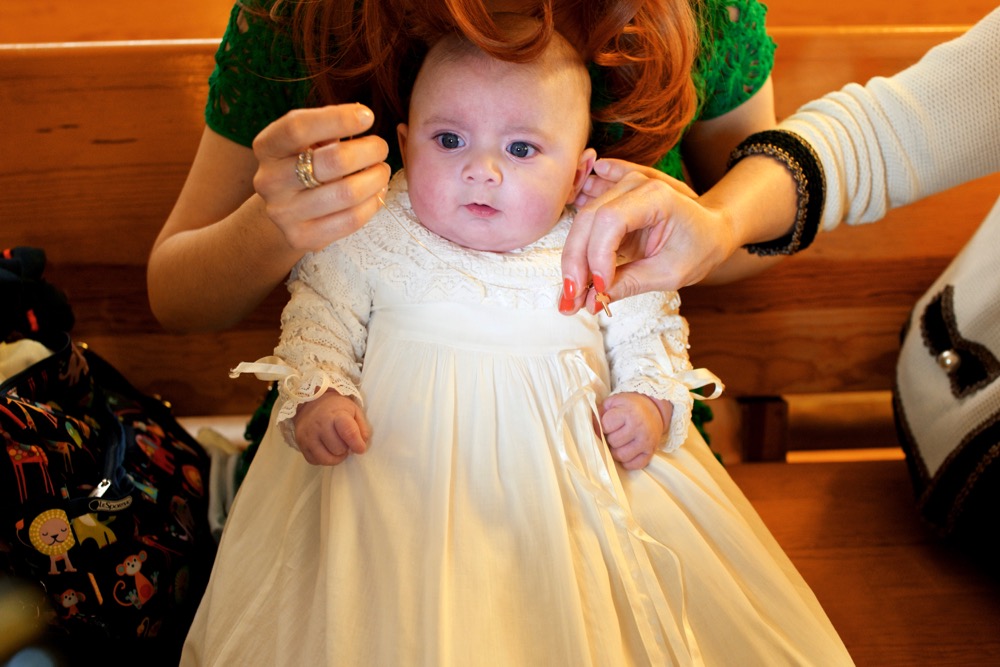 For ten years I have been actively documenting my family. We have formal and informal gatherings one or twice a week, and I am always there with the camera. I try to document what a Mexican family looks like, how it interacts, and the importance we give to maintaining close ties with sons, daughters, and even with grandchildren. The value of family holds true in all regions of the country, in big cities or small towns, and for every socio-economic position.  My work gives the viewer a glimpse into the common behaviors of a Mexican family, different from the stereotypes usually portrayed. 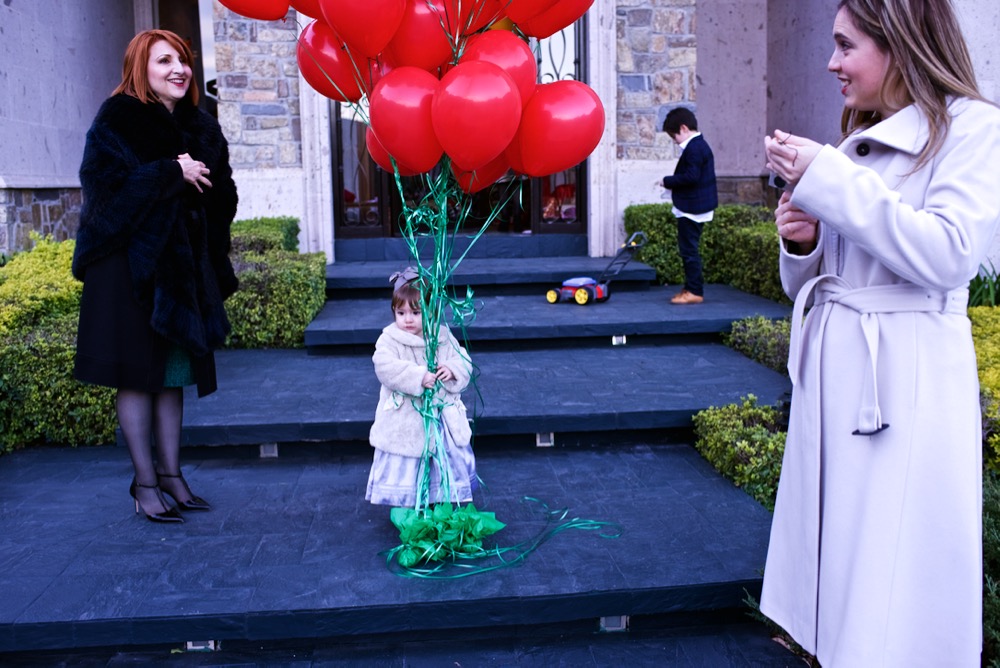 This project has kept me close to my grandkids, participating in their activities, and watching how they interact with each other and with their parents. My objective is to capture a small part of their life and personalities, different from the typical family album.

Their behavior is no longer affected by my presence or by the camera’s shutters. I am able to record moments and emotions that otherwise would be lost. 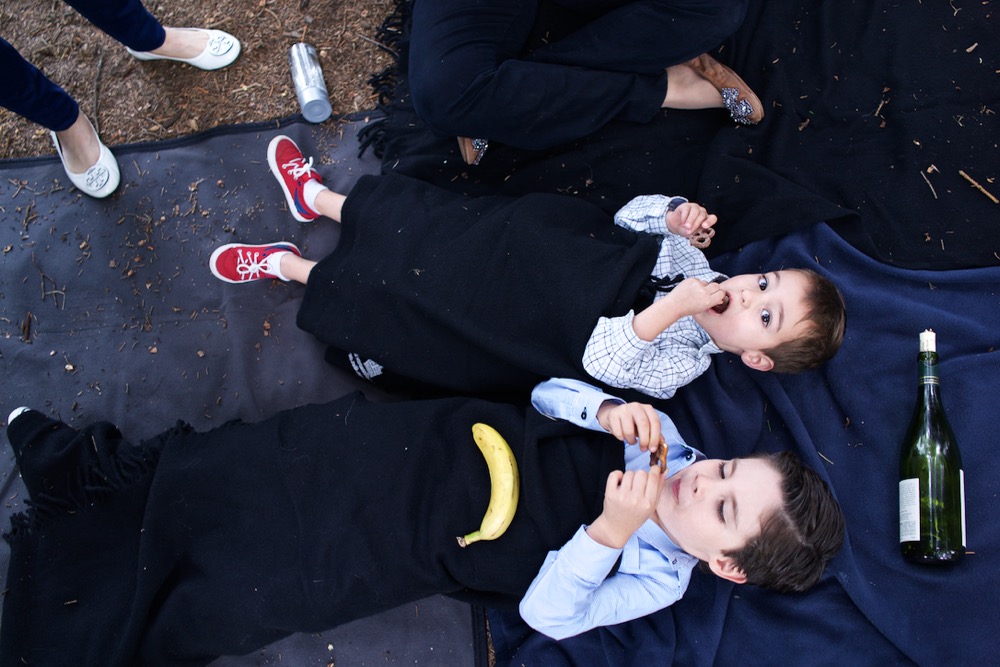 My other hope for this project is what it will represent to my grandchildren in 30 years when they have their own families. I hope it will help them see the world they lived in, how they were when they were growing up, and how these interactions shaped their personalities. And I also hope that they will relate to me, and understand the role that I played in their lives. 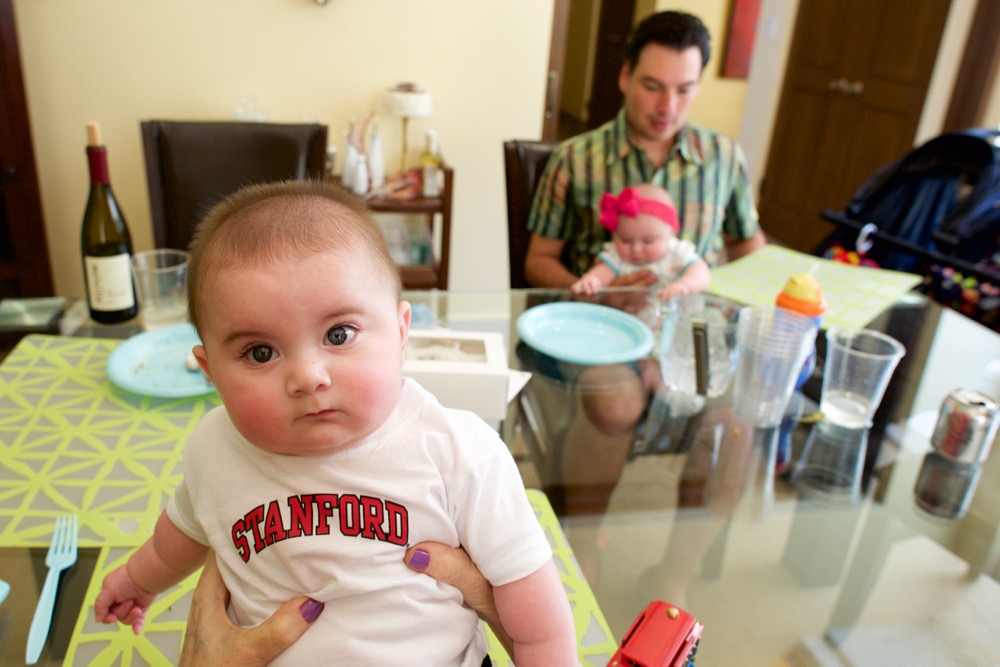 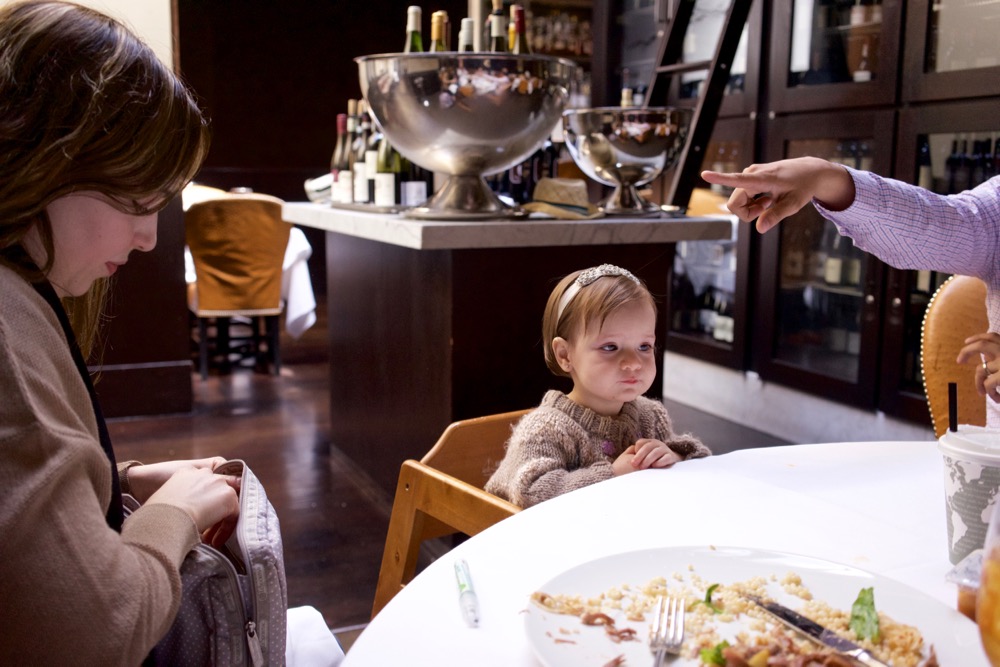 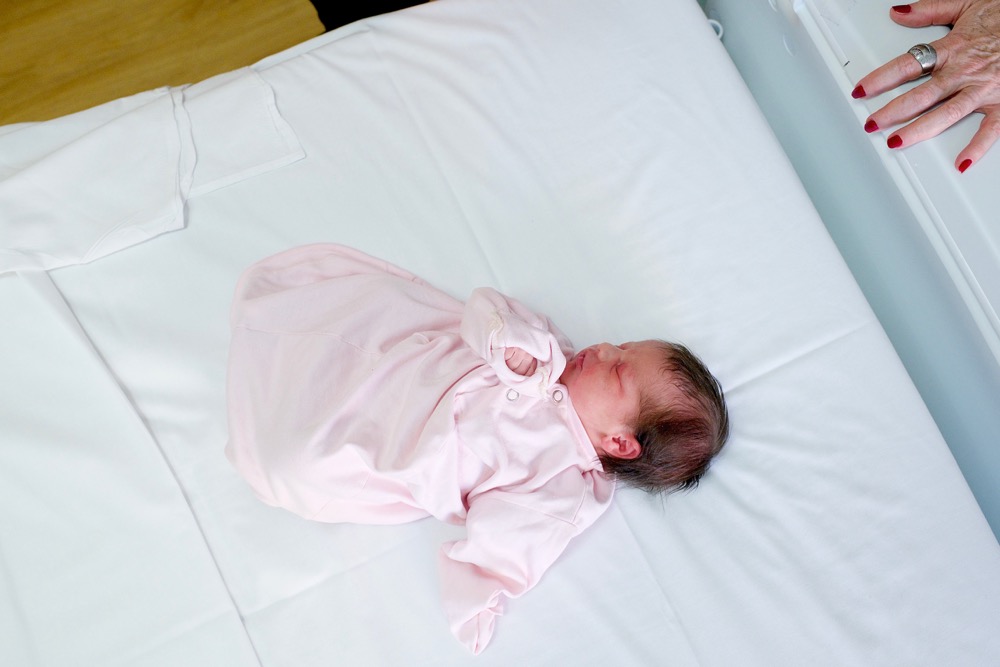 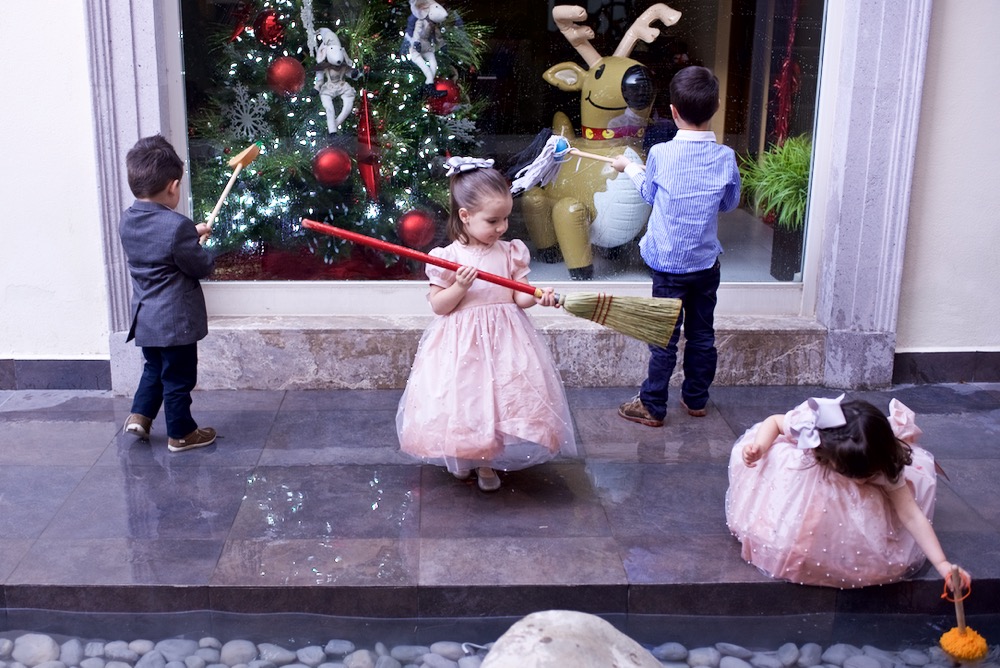 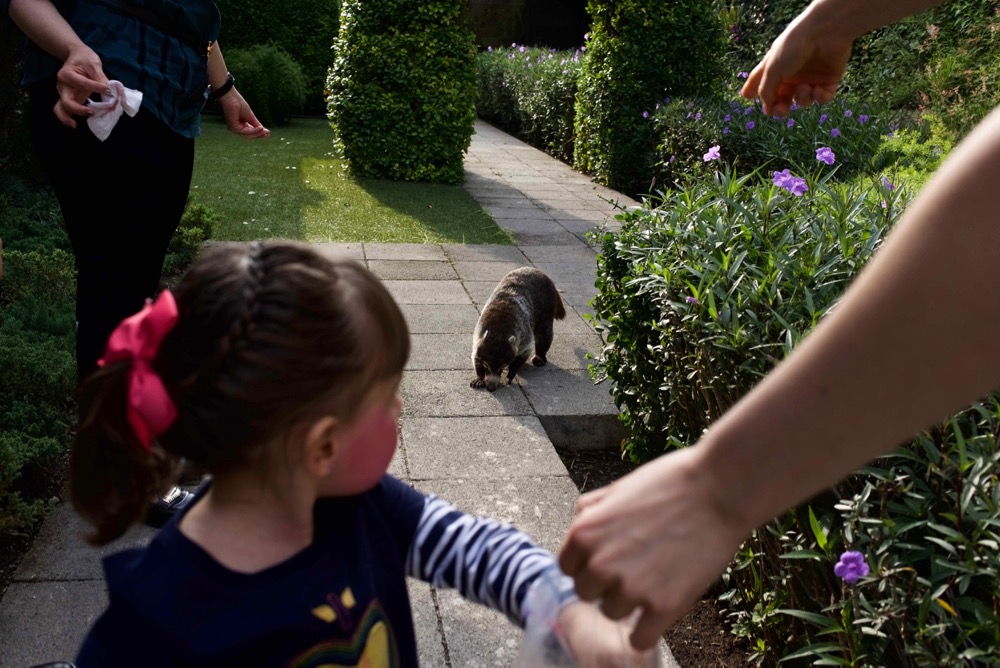 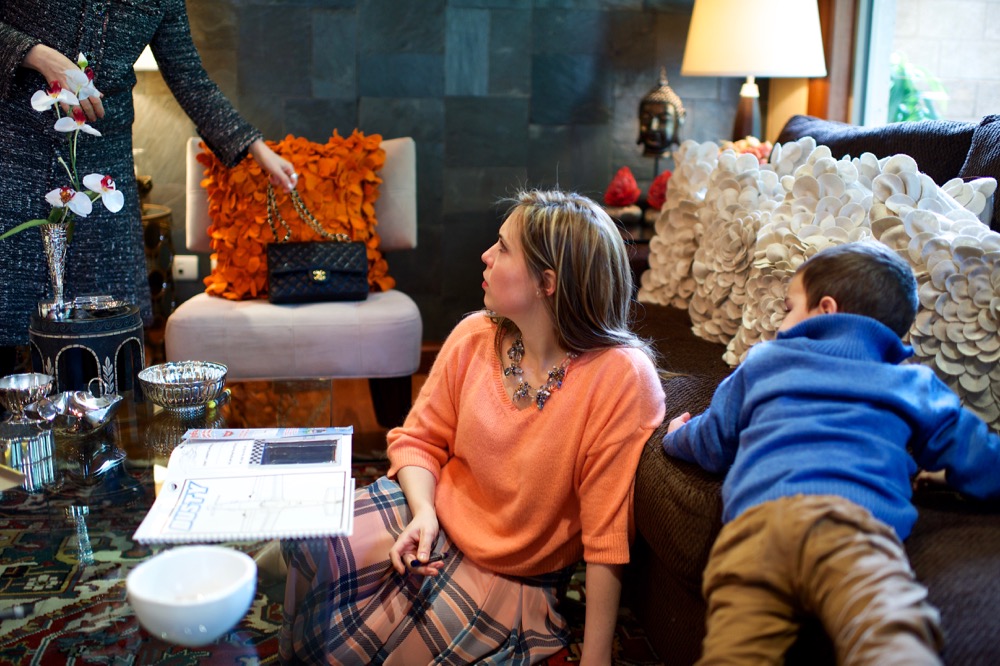 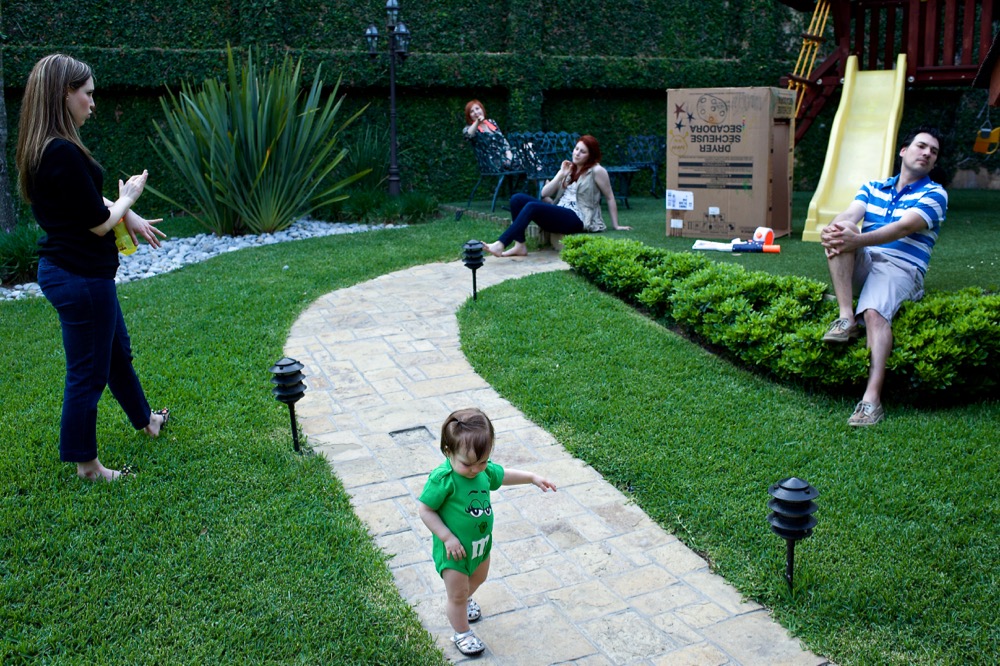 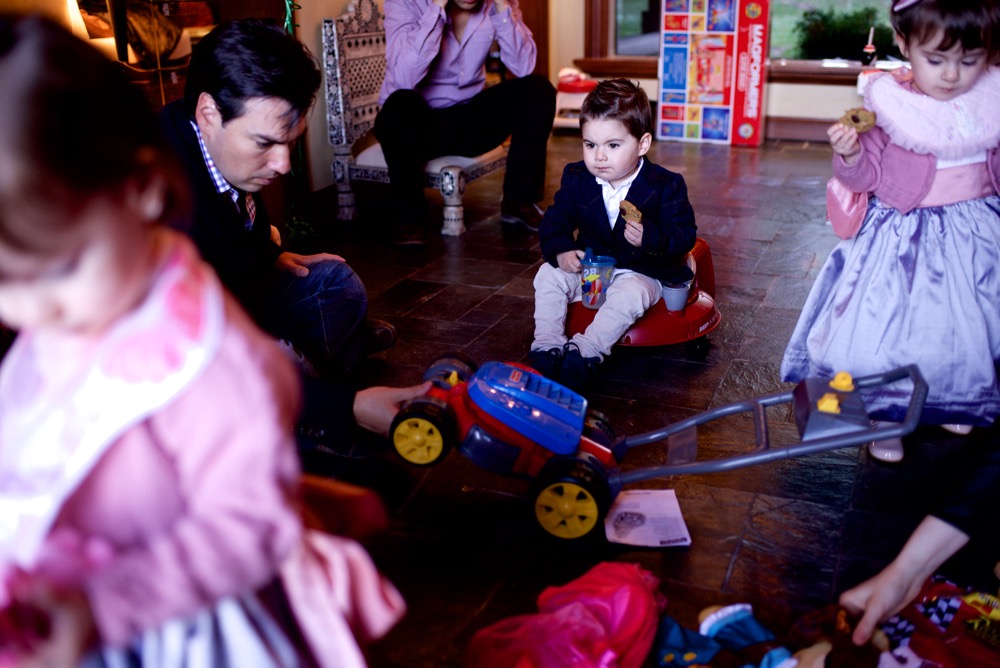 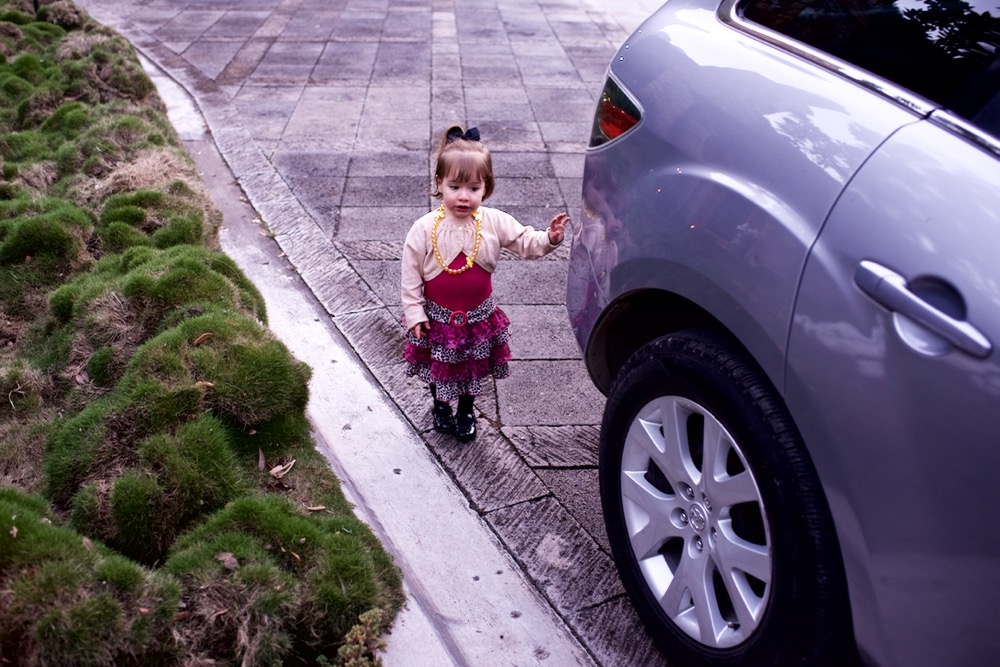 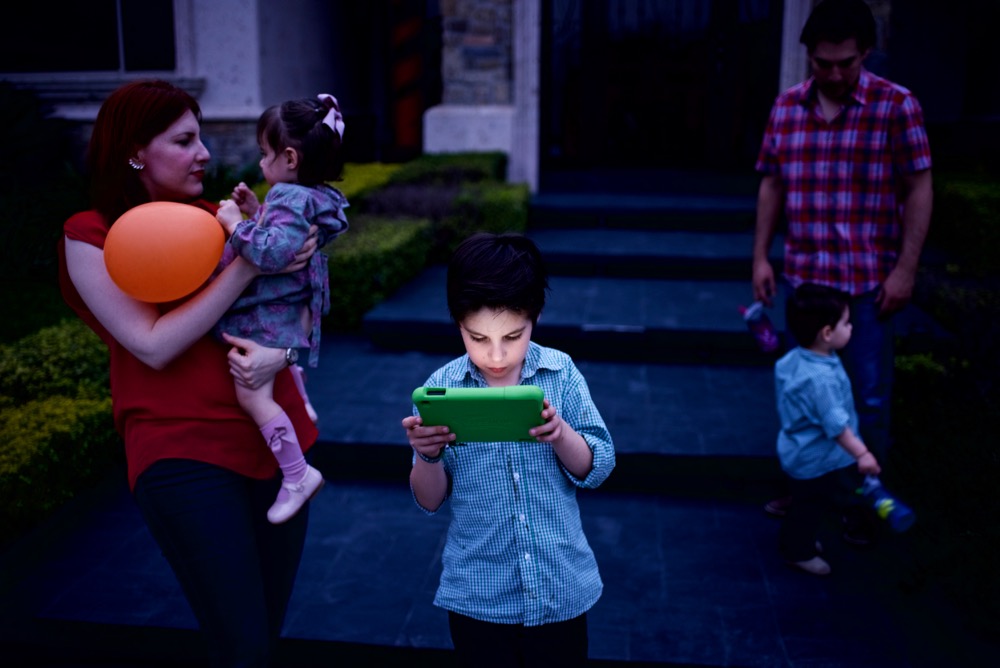 ©Felipe Garza, On the Steps 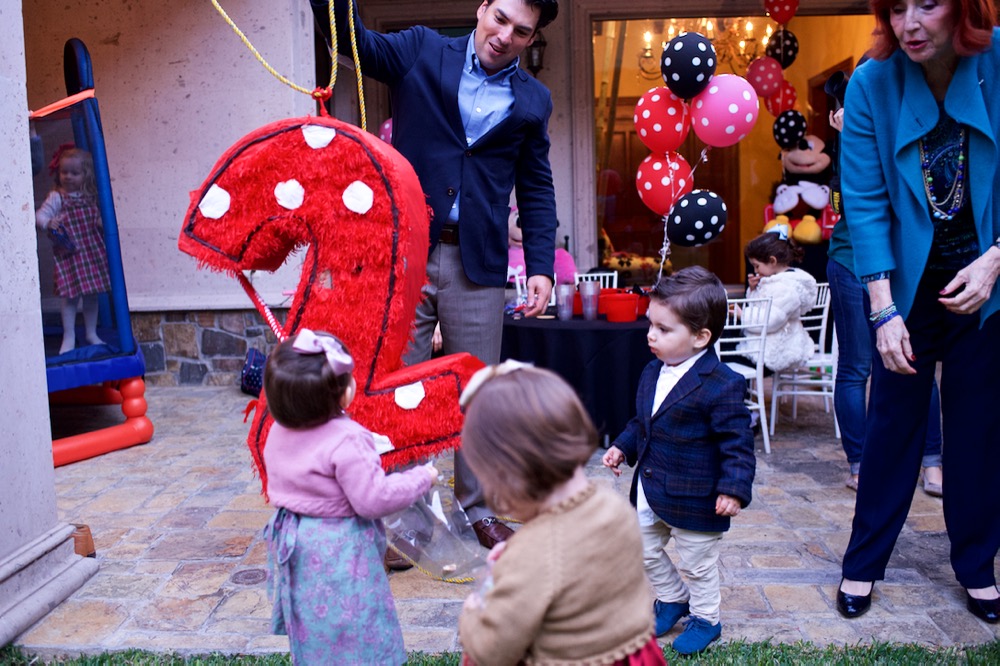 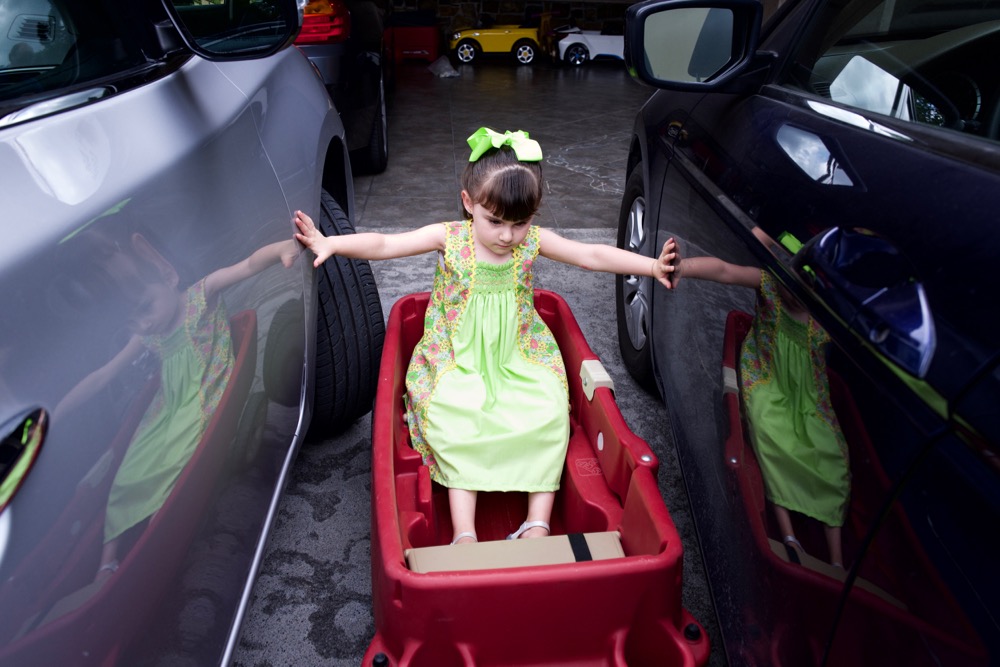 ©Felipe Garza, Lily in the Garage 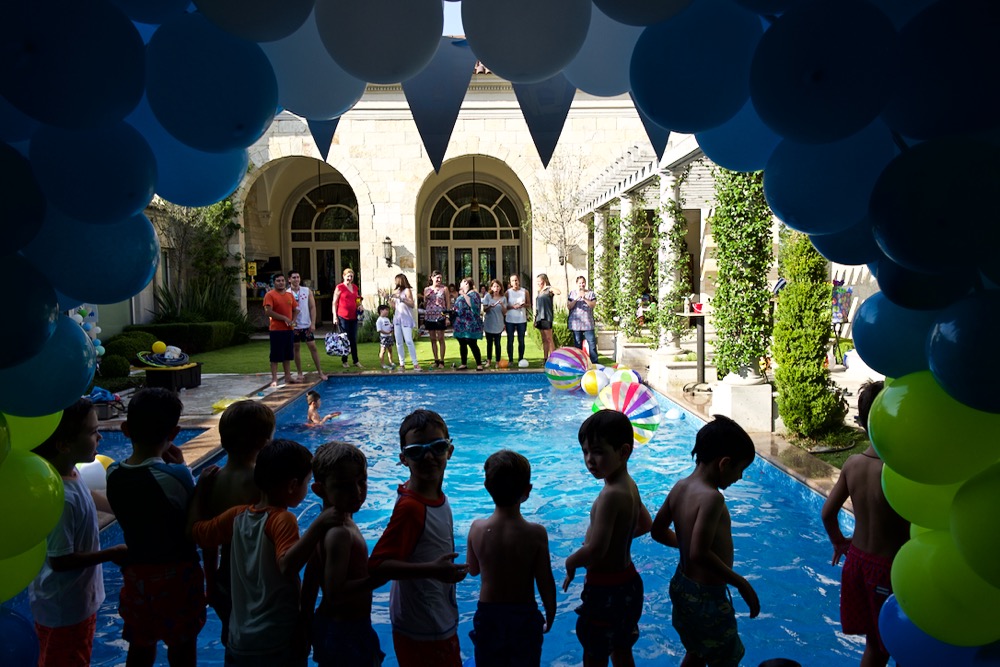 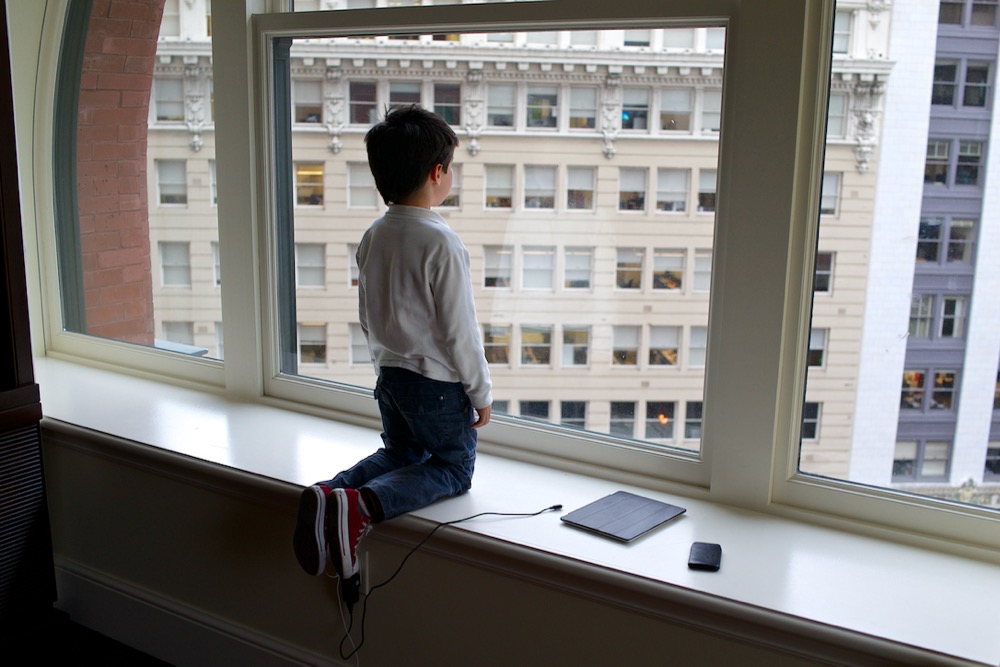 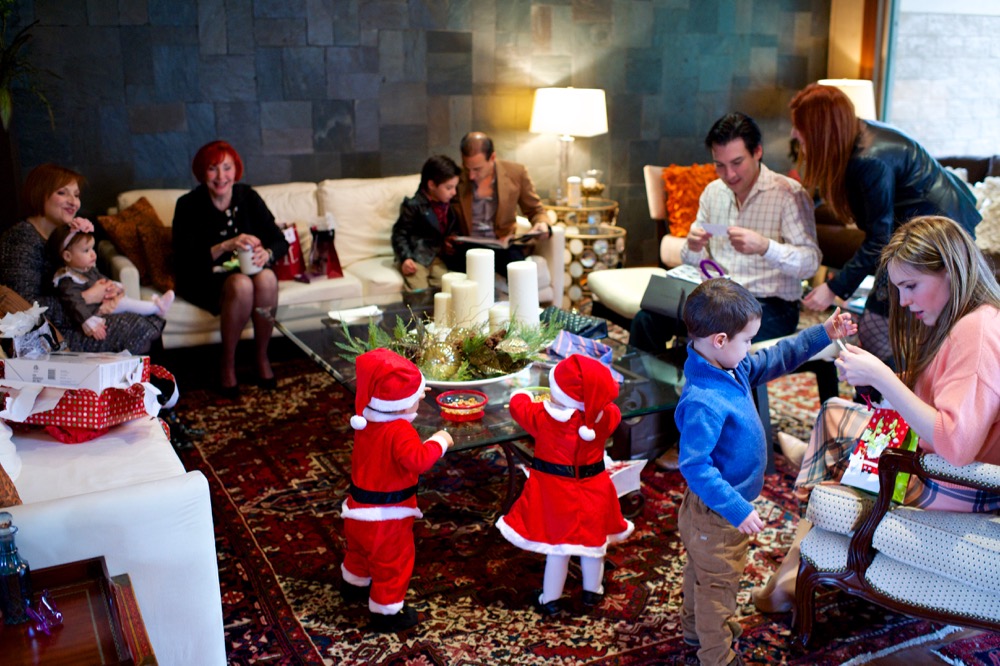