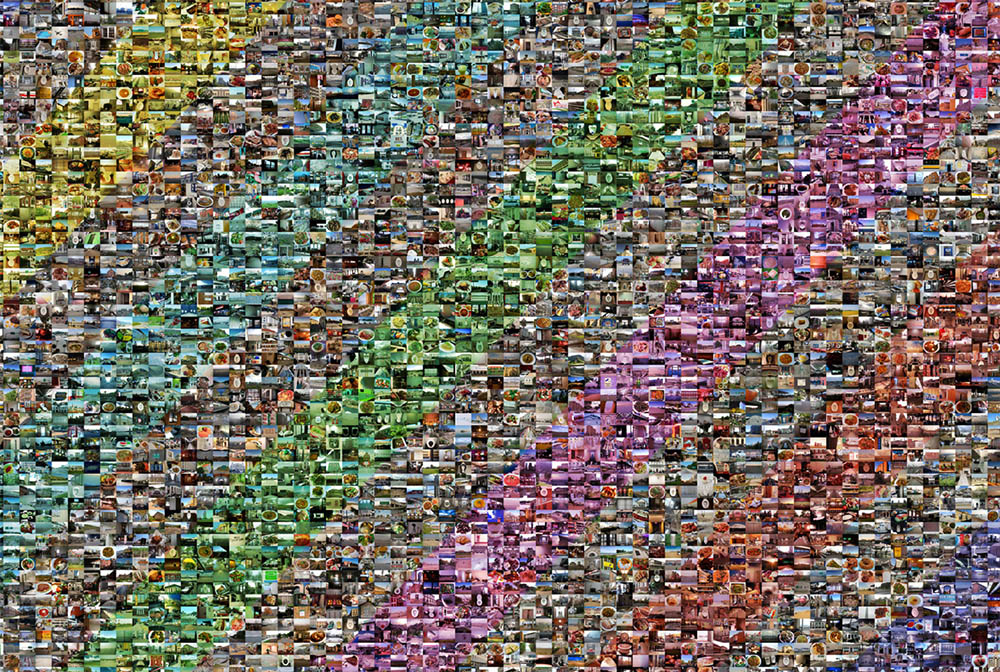 Sometimes I think the idea that we are being “watched” is a little like being on social media. At first there is that uncomfortable feeling of being exposed to those who are unfamiliar and then one becomes used to having their lives on display. With surveillance, there is the fine line of losing our privacy and keeping ourselves safe. The Colorado Photographic Arts Center opens an new exhibition that explores this important subject.

Keeping Watch shares the work of three photographers, each approaching surveillance from different perspectives. Hasan Elahi’s installation Alert V2, examines issues of surveillance, citizenship, migration, and transport, created after being falsely linked to terrorist activities. Photographer X, a series by Lauren Grabelle grapples with issues of voyeurism, as she documents casino life from the perspective of CCTV security cameras. Sheri Lynn Behr points the lens back at the security cameras looking at us to reveal the ubiquitous and pervasive nature of American surveillance systems and how it feels to be watched in her project NoMatterWhere.

CPAC states, “Photography throughout history has been used as a tool for both documentation and surveillance. This exhibition begins to question the varying ways in which our information is collected and shared. Americans have long been divided in their attitudes concerning the trade-off between national security and personal privacy. Much of the debate has been focused on government surveillance, and how the continuous observation of people’s day-to-day lives is being used to collect data. Following the 9/11 attacks, surveillance escalated in the United States, both with the Patriot Act and a 2002 presidential order providing the NSA and other government agencies the means to collect data on American citizens in an effort to prevent terrorism. As technology has continued to evolve, so has the debate over privacy and protection, provoking a wider national conversation about how information is shared, and the rights of the individual. It is no surprise that photography is often at the forefront of this conversation, as it has always been a primary tool used to collect and document our everyday lives.”

Hasan Elahi is an artist whose work examines issues of surveillance, citizenship, migration, transport, and the challenges of borders and frontiers. His work has been presented in numerous exhibitions at venues such as SITE Santa Fe, Centre Georges Pompidou, Sundance Film Festival, and at the Venice Biennale. His work is frequently in the media and has been covered by The New York Times, Forbes, Wired, and has appeared on Al Jazeera, Fox News, and The Colbert Report. Elahi has spoken about his work to a broad range of audiences such as Tate Modern, Einstein Forum, the American Association of Artificial Intelligence, the International Association of Privacy Professionals, TED, and the World Economic Forum. His recent awards include a Guggenheim Fellowship, an Alpert/MacDowell Fellowship, grants from the Doris Duke Foundation for Islamic Art, Art Matters Foundation, and Creative Capital . In 2009, he was Resident Faculty at Skowhegan School of Painting and Sculpture and is currently Associate Professor of Art at University of Maryland, where from 2011 to 2014 was Director of Design | Cultures + Creativity in the Honors College.

Elahi states about his work:
After an erroneous tip linking me to terrorist activities led to a six-month long FBI investigation, I decided to give the FBI a helping hand. Although multiple polygraph tests and interviews eventually cleared me, I wanted to make sure they knew that I wasn’t making any sudden moves, and inform them of what I was doing at any given time.

As I monitored myself, I started thinking about what else the FBI might know about me. During the investigation, I told them every detail of my life. But were they really paying full attention? I wanted to make sure we both had the same information. So, I created my own parallel file and sent the FBI visual evidence documenting everything I did and when I did it. A decade later, I continue to voluntarily monitor myself and conduct this self-surveillance project.

Currently, there are nearly 100,000 images, and I trust that the FBI has seen them all. The FBI knows where I’ve bought my minced crab paste or my laundry detergent. They know this because I’ve shown them everything. They have seen the airports I’ve transited through, the food I’ve eaten, the hotel beds I’ve slept in, and every toilet I’ve ever used.

By disclosing mundane details about my daily life, I am simultaneously telling everything and nothing about my life. I am flooding the market with banal information, and questioning its inherent meaning and value for intelligence purposes. As we generate and archive more data than ever before through digital tools and social media, we need to examine the perpetual surveillance that we direct at ourselves and that is directed at us by others, and consider the efficiency of both information gathering and information analysis within this context. 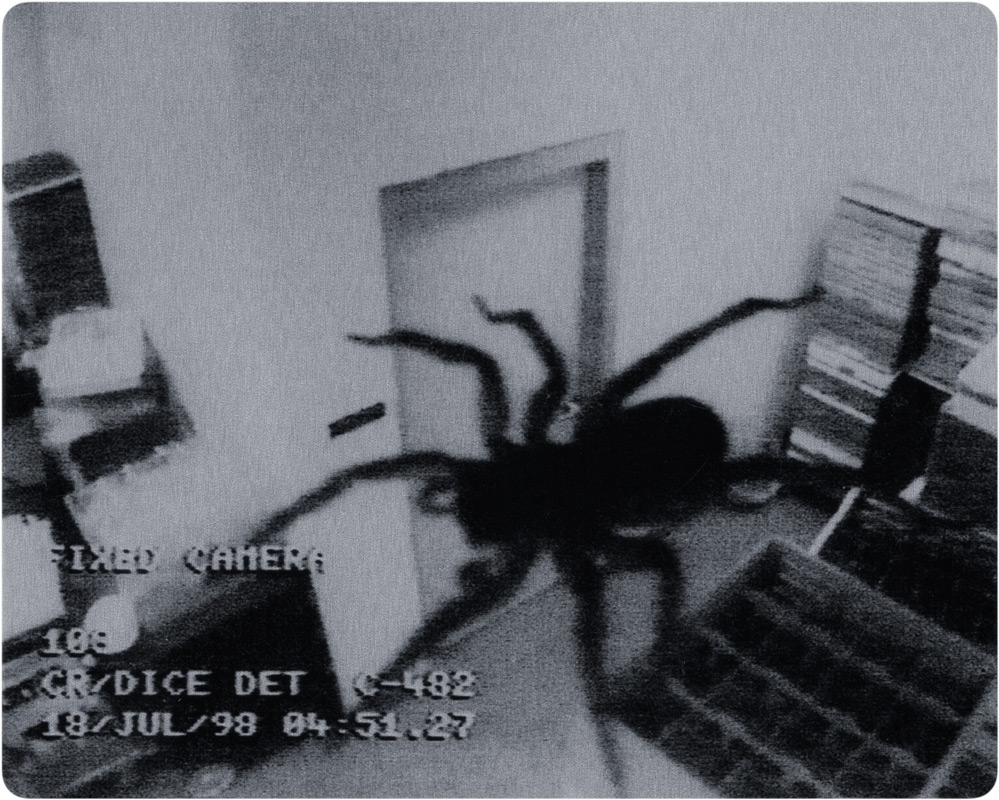 Lauren Grabelle currently lives and works in Montana. She received her Bachelor of Arts from New York University College of Arts & Science and her work has been exhibited nationally and internationally. Her exhibitions include the Arthill Gallery in London, Pacific NW Viewing Drawers at Blue Sky Gallery, PhotoPlace Gallery, The Kiernan Gallery, Newspace Center for Photography, powerHouse Arena, Yellowstone Art Museum, Woodbury Art Museum, and the Montana Triennial at the Missoula Art Museum, among others. She has upcoming exhibitions in Lodz, Poland, Budapest, Hungary, and Trieste, Italy. Lauren’s work has been featured in The New York Times, Harper’s, and the Virginia Quarterly Review.

Lauren states:
In the late 1990’s I slipped anonymously into a job in the surveillance department at one of the largest casinos in the world. There I found myself with over 800 cameras at my fingertips, unlimited video recording abilities, and at the push of a button the option to “print” a frame seen on the monitor before me while searching remotely for human indiscretions. I became Photographer X. Over the course of my time working in that “dark room” there were moments few and far between that I could capture on the tiny print-outs generated and I felt compelled to do so by the strange fleeting moments before me. Initially, I thought that having a crushing hourly wage job would put an end to my dream of making art. But, I was wrong. This close and unusual view of the American casino environment and the visualization of naked greed were covertly recorded, printed and then stealthily taken out of the surveillance room to be kept as voyeuristic souvenirs of my time as Photographer X. 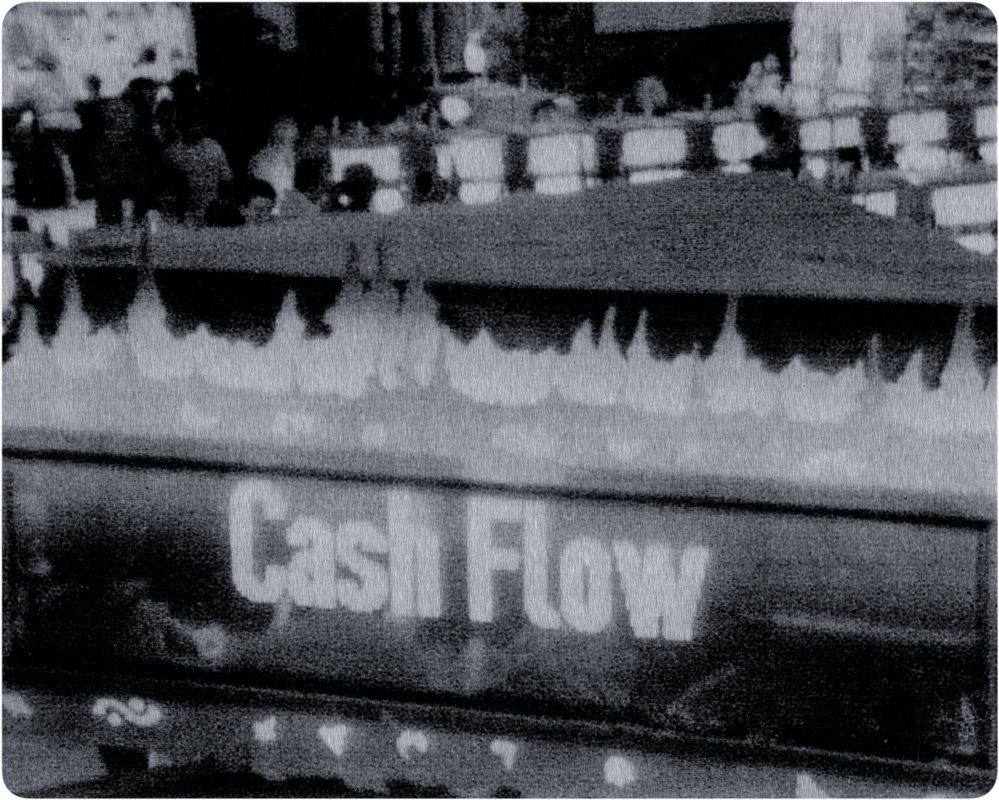 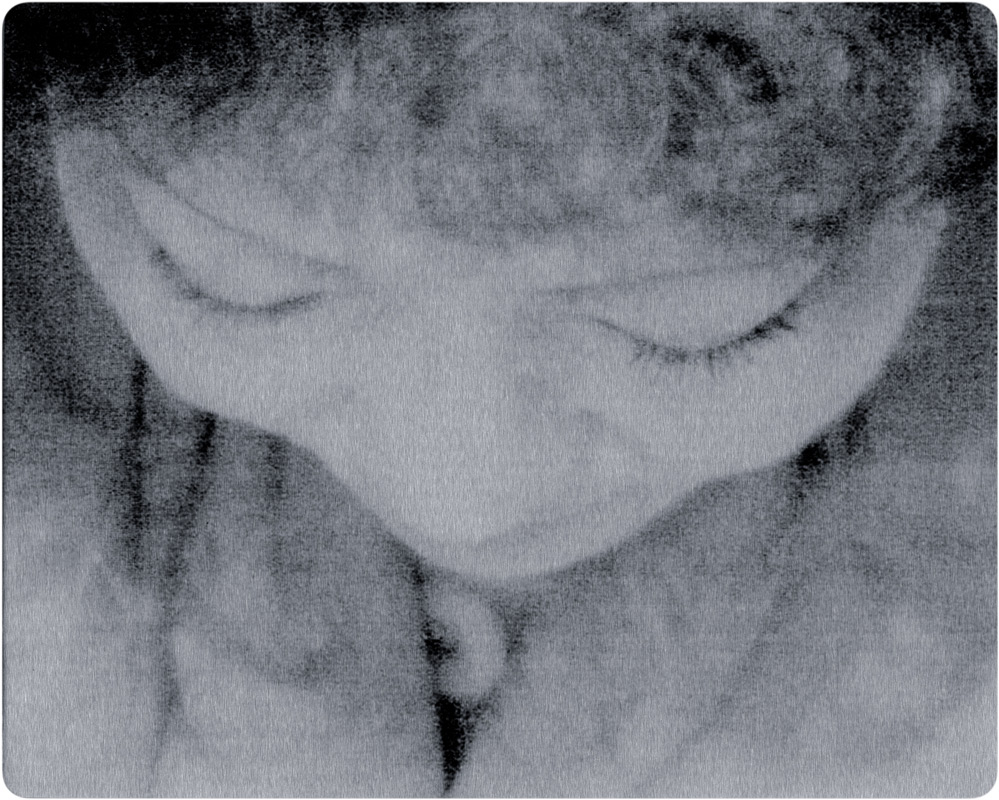 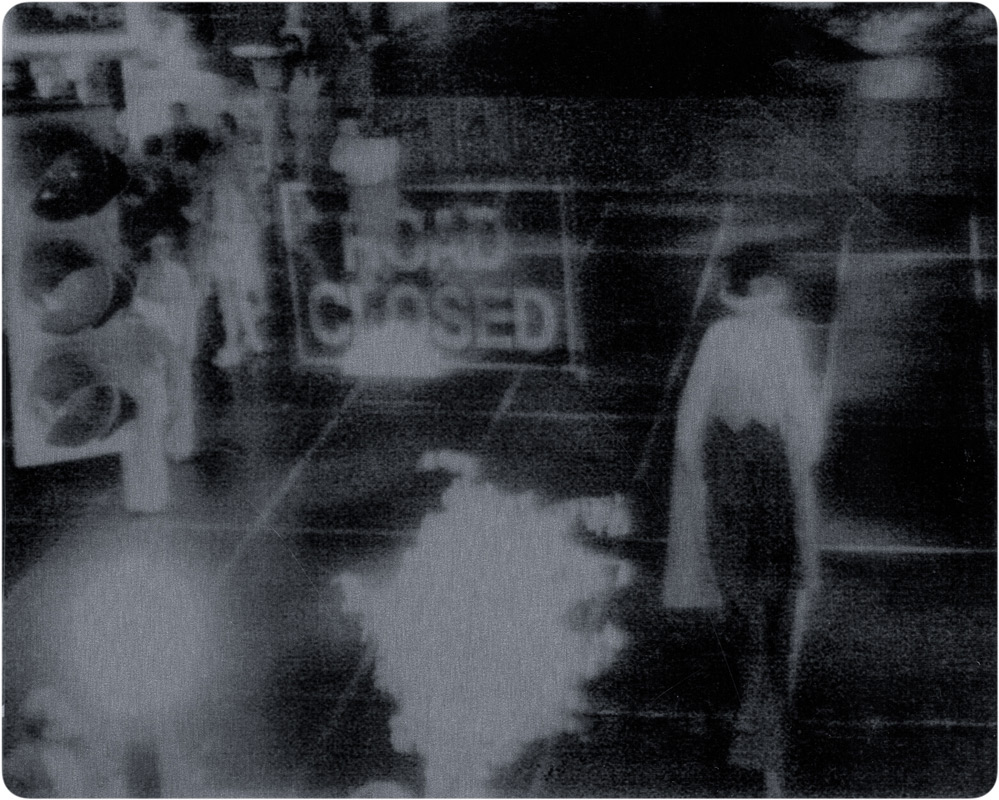 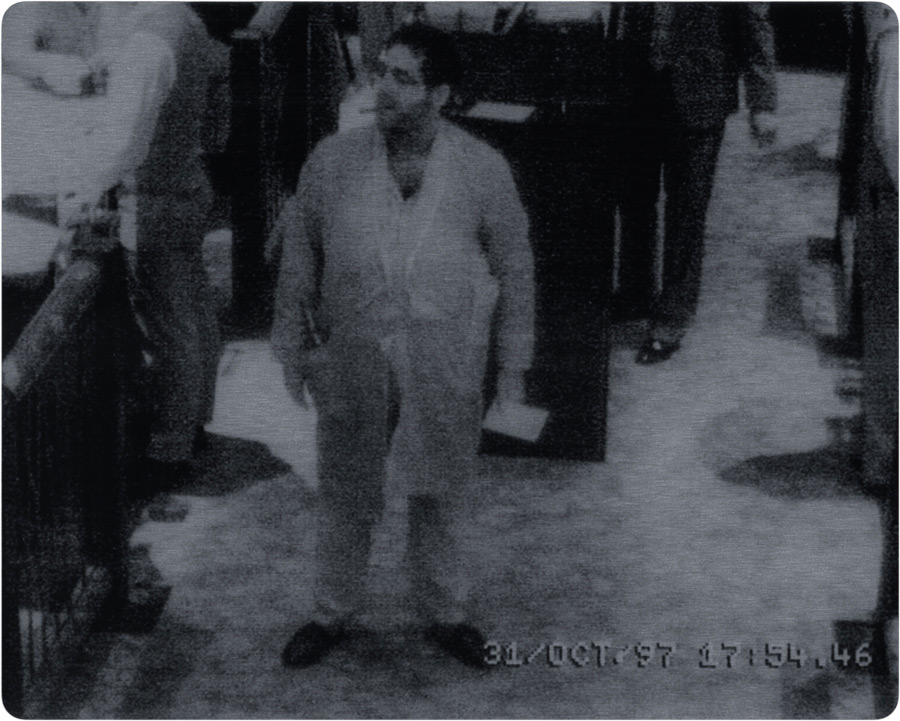 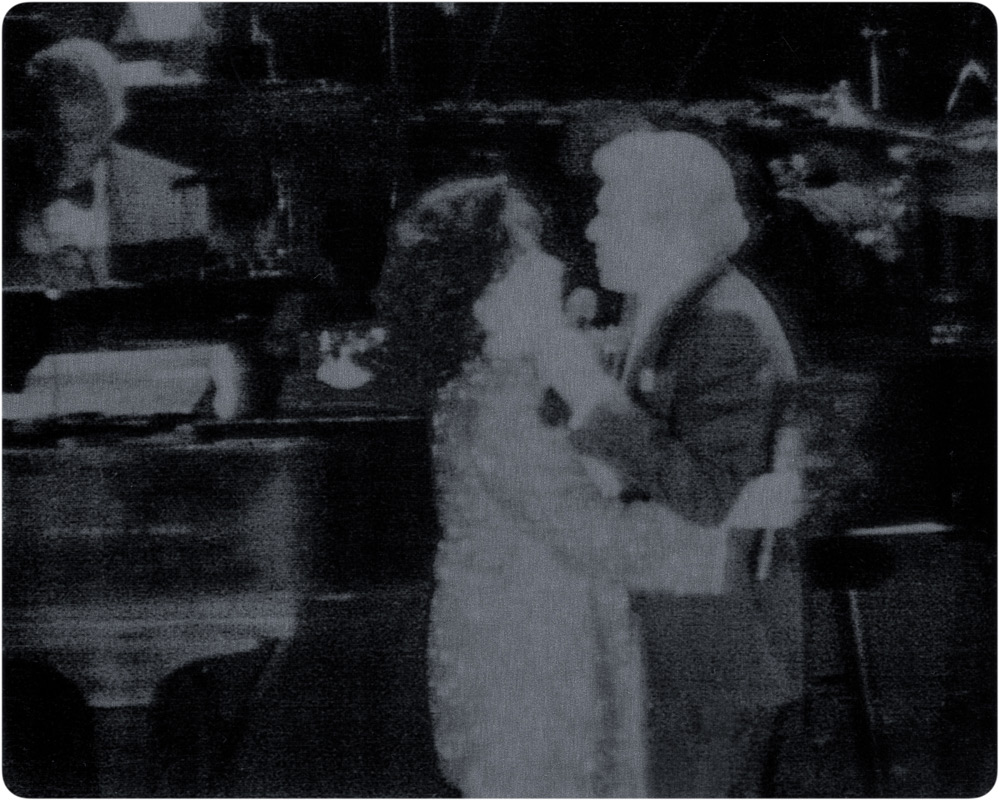 Born in the Bronx, Sheri Lynn Behr studied photography and digital imaging in New York City and began her career photographing musicians and celebrities in the 1970s. Photographs from her rock and roll series were featured in Rolling Stone, CREEM and most music publications of the time, and are now collected, exhibited, and still published in books and magazines. After several years working in the music business, Sheri decided to concentrate on personal work. Her photography projects have explored Polaroid manipulations, New York City’s Chinatown, and the iconic Lucky Cat. Recent work investigates photography without permission and our surveillance society. Sheri’s photographs have been widely exhibited, and appear in American, international and on-line publications, including Slate: Behold blog, People’s Photography (China), and most recently The Boston Globe. In 2012, she received a Fellowship in Photography from the New Jersey State Council on the Arts.

Sheri states:
We live in a post-privacy world, an image-obsessed society where cameras are everywhere. We try to avoid people pointing smartphones and other hand-held cameras at us as we walk down the street, but are we conscious of all the cameras lurking above us? We know weʼre being watched, even in the most benign locations, yet as we become more accustomed to the presence of surveillance cameras, we stop paying attention. With or without our knowledge, we are photographed countless times a day.

I have been working on multiple projects dealing with surveillance and privacy for several years now. Each project has led to the next, and I look for different ways to photograph aspects of the gray area that is surveillance in our modern age. For this project, NoMatterWhere, I point my camera at the cameras that are watching me, documenting their ubiquitous presence. While Big Brother may be useful in some cases, I believe we must be aware of the scope of surveillance in our daily lives, and how it impacts our privacy. These cameras watch us eat in restaurants, see who we meet, record who we talk to. How much privacy are we willing to give up for security? How much security are we getting from all this surveillance?

I make these photographs to raise questions that come from the claustrophobic sense of being constantly observed, no matter where we find ourselves. Especially in these divisive times, who is watching? What are they looking to find? 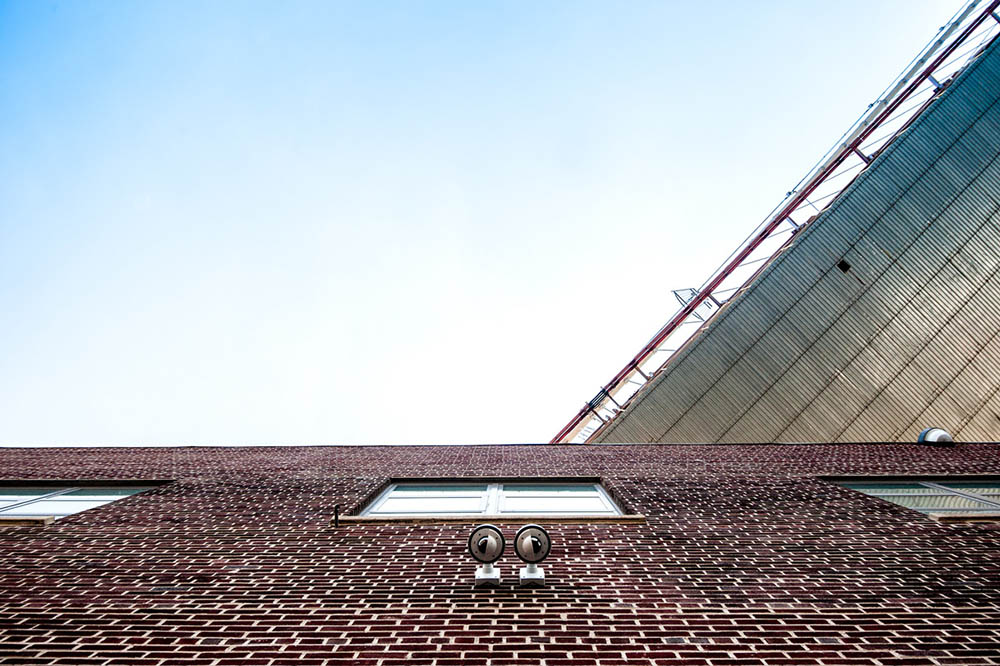 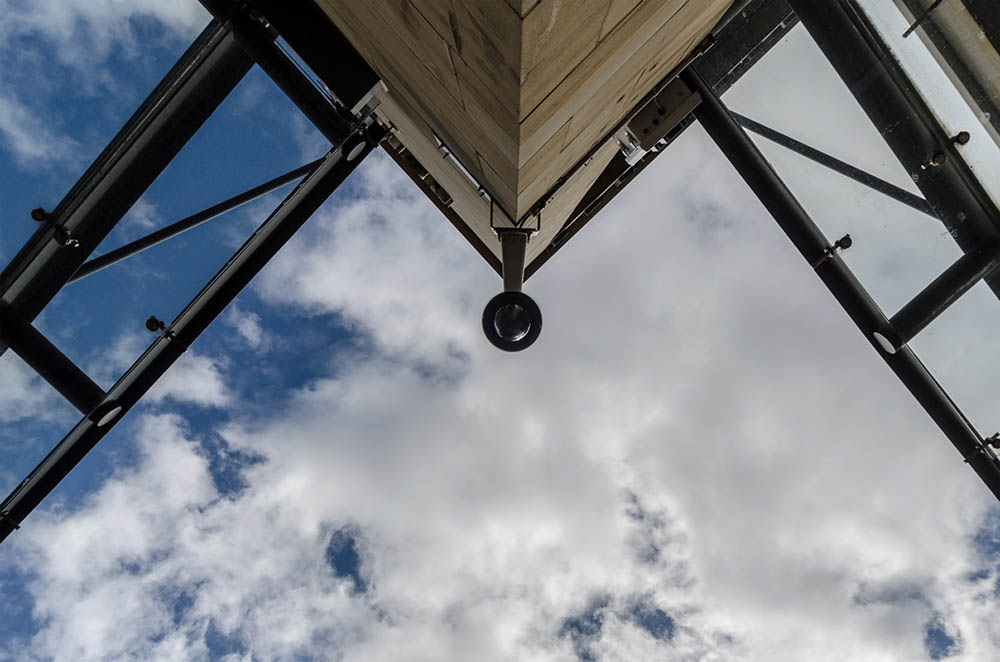 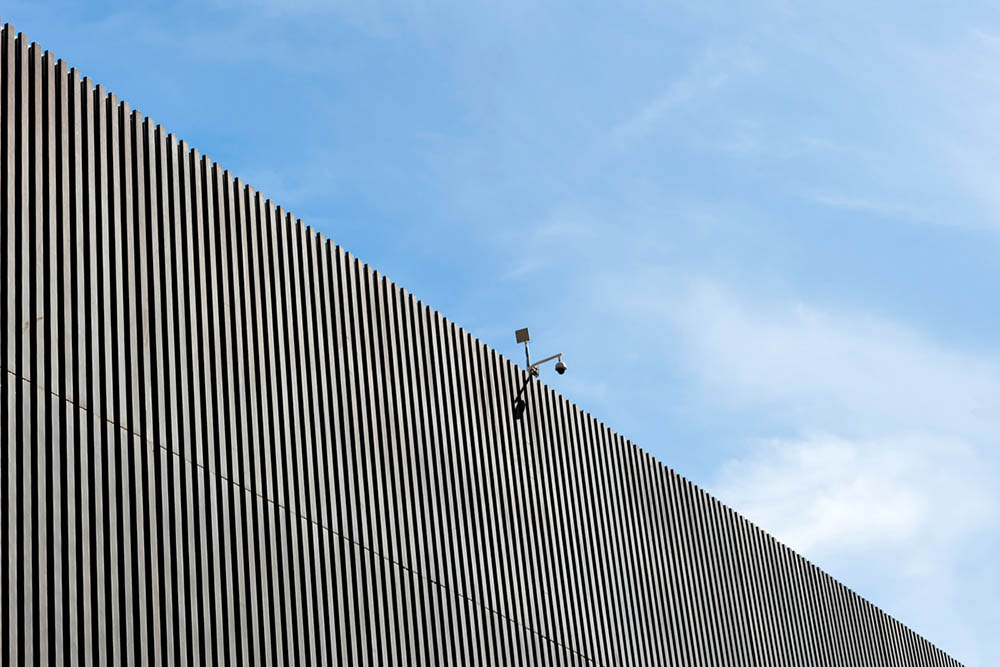 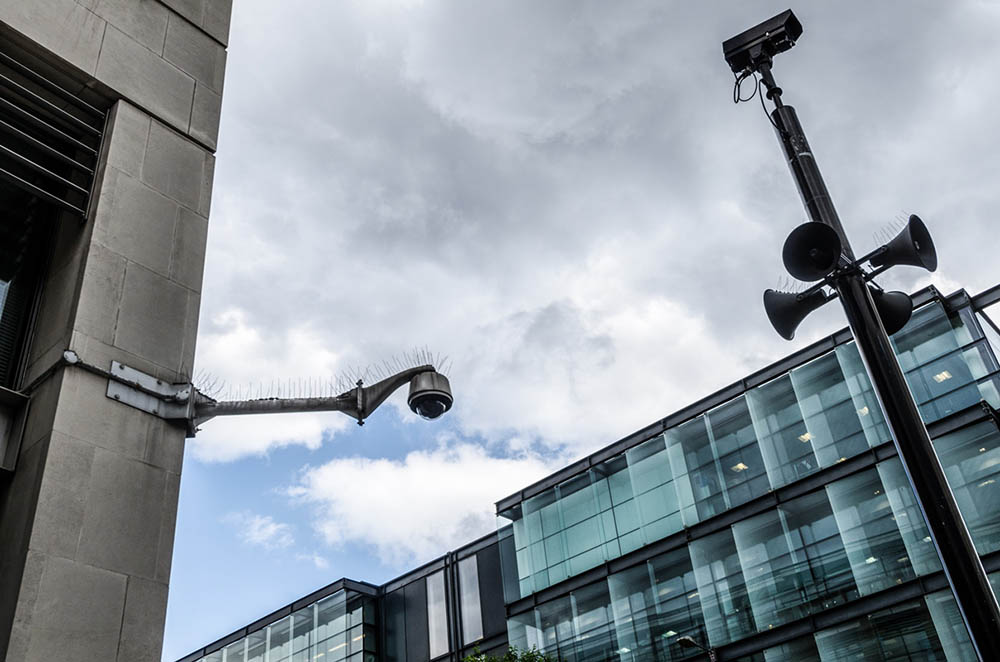 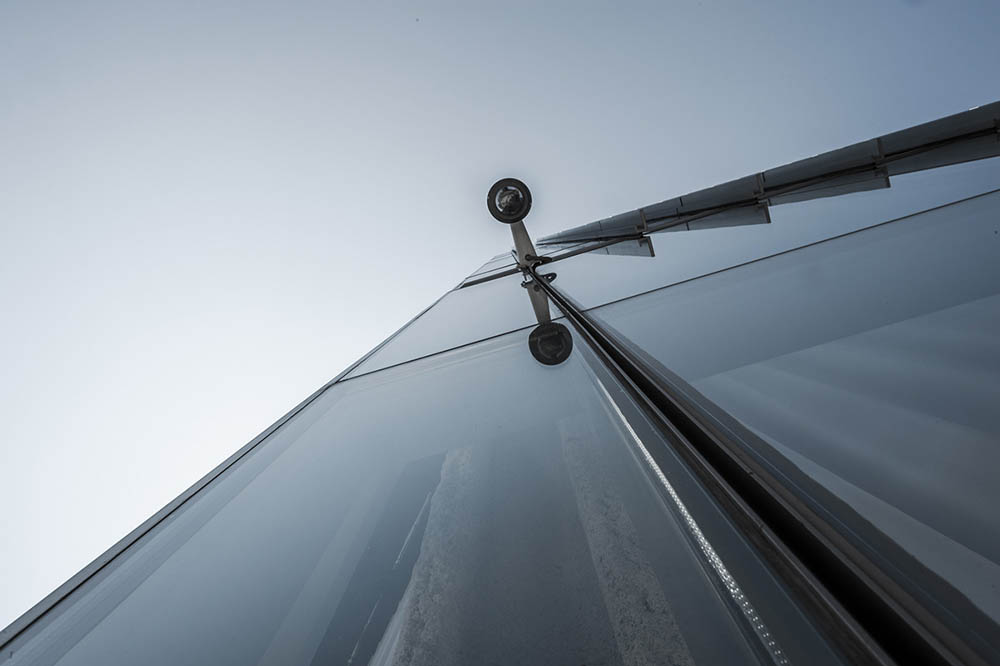 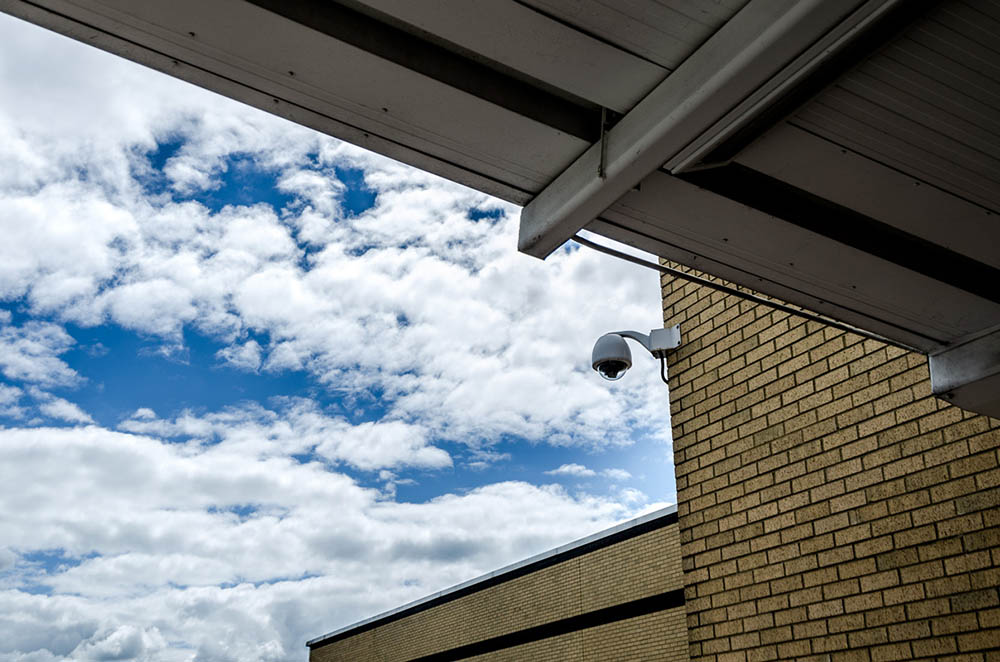