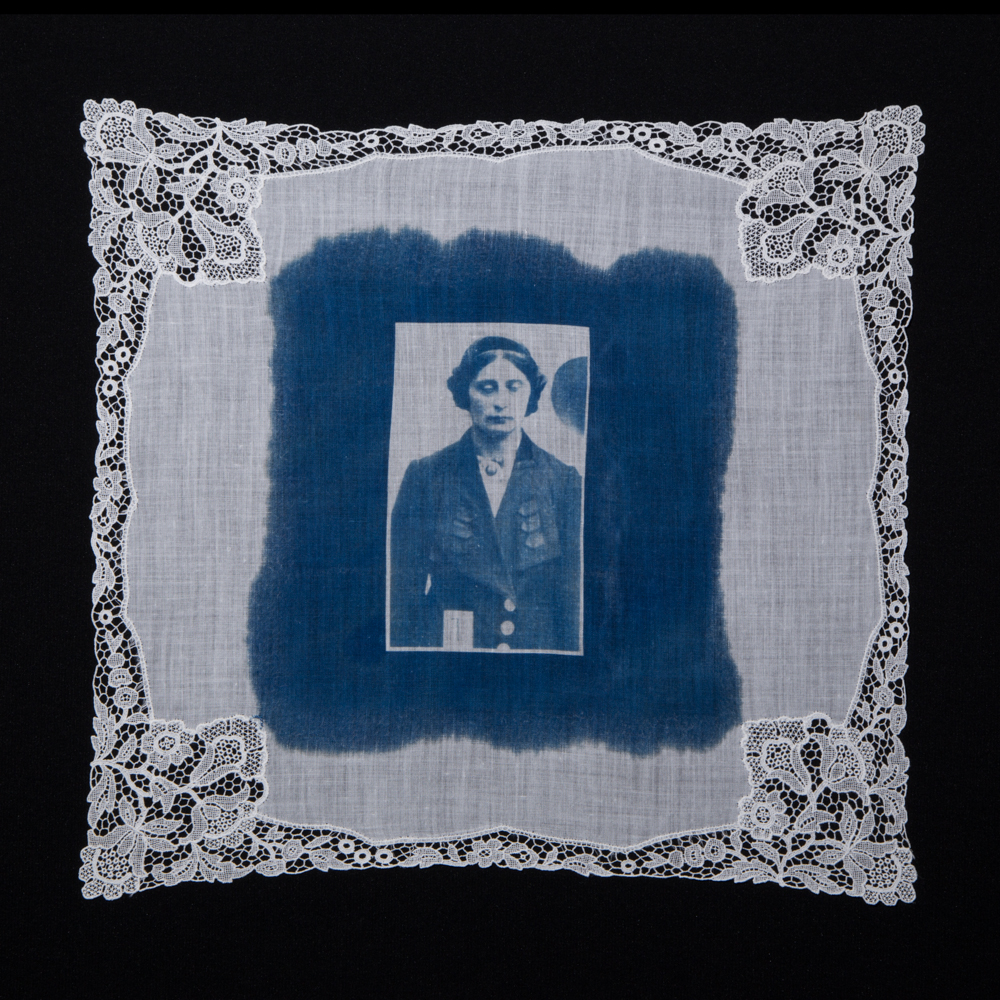 Amy Jorgensen is an engaged Utah photographer-she’s a photographic artist, an educator, and the Executive Director and Chief Curator of the Granary Art Center. Her work pushes the boundaries of photography, video, and performance and today we feature her project, Something Old, Something New, Something Borrowed, Something Blue, a series that speaks to the Women’s Rights Movement, using vintage handkerchiefs to feature cyanotype prints. We are thrilled to have Amy as the Utah States Project Editor and very much appreciate her efforts this week. An interview with Amy follows.

Amy Jorgensen (born Milan, Italy) is a visual artist incorporating photography, performance, and video in the realization of her work. She received a BFA from the School of the Museum of Fine Arts, Boston and Tufts University, and an MFA from the University of California San Diego. With recent solo exhibitions at Elizabeth Houston Gallery in NYC, LA><Art Digital Billboard in Los Angeles, Utah Museum of Contemporary Art, and Nox Contemporary; selected exhibitions include GuatePhoto Festival in Guatemala City, Los Angeles Contemporary Exhibitions (LACE), AIPAD, Oceanside Museum of Art, The Situation Room in Los Angeles, Museum of Art at BYU, Center for Fine Art Photography, Jancar Gallery in Los Angeles, Filter Space in Chicago, Griffin Museum of Photography, CUAC, Rio Gallery, and Video Space.  She is a recipient of multiple fellowships and grants including a GSA grant and an Individual Artist Grant from the Utah Arts Council. Her work is included in public and private collections. Dedicated to the arts as a maker, curator and educator, Jorgensen is currently the Executive Director and Chief Curator at Granary Art Center, a non-profit contemporary exhibition and arts outreach space, and an Associate Professor of Visual Art at Snow College where she is head of photography. Jorgensen lives and works remotely in the high plains desert of Utah. 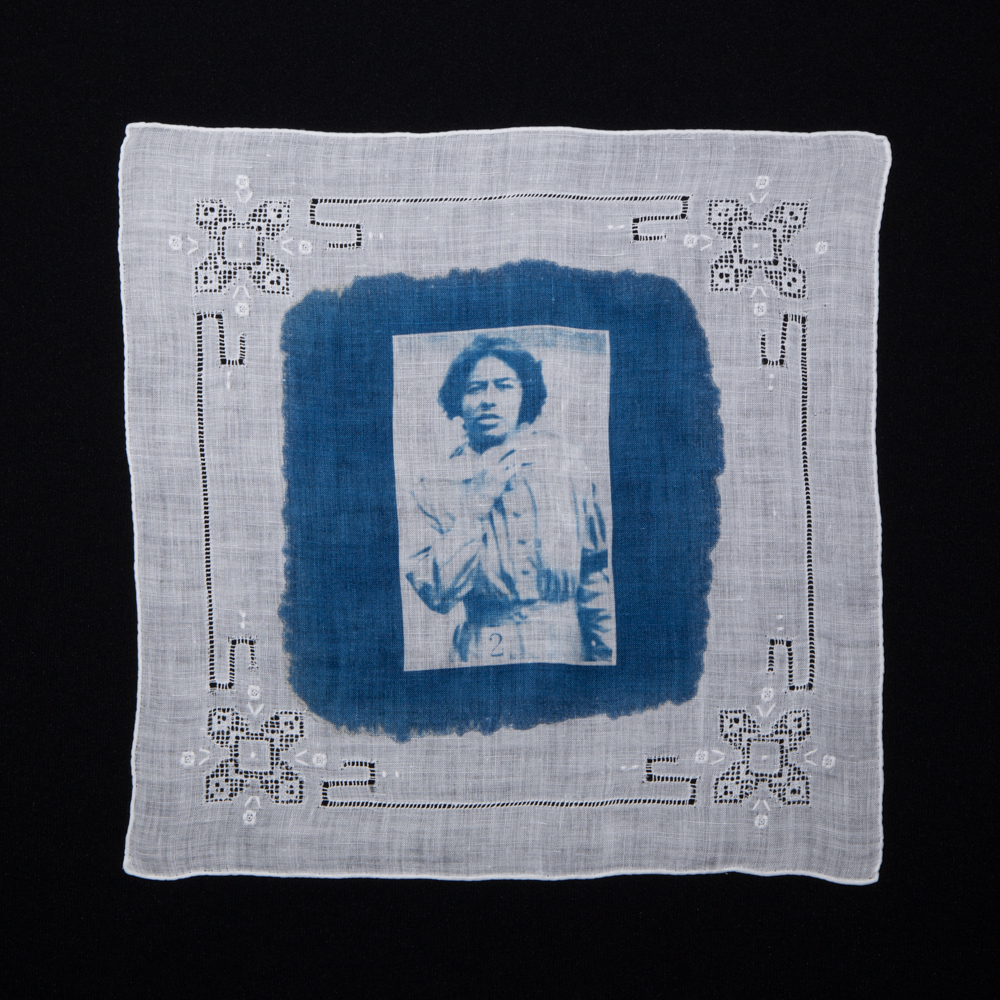 The series Something Old, Something New, Something Borrowed, Something Blue addresses the continuing relevance of the women’s rights movement since its inception in 19th century England to its robust manifestations today. In 1913 the Criminal Records Office of Scotland Yard dispersed to its officers surveillance images of eighteen suffragettes. The historic images are transferred onto vintage handkerchiefs and rendered in cyanotype prints, an early 19th century photographic process instantly recognizable for its brilliant cobalt blue color, and popularized by Anna Atkins, the first female photographer. Inspired by my ancestor, Edna Berg, a suffragette in New York City in the early part of the 20th century, I explore modes of women’s protest via themes of oppression, surveillance, and the construction of female identity through generational traditions of intimacy and exchange among women. 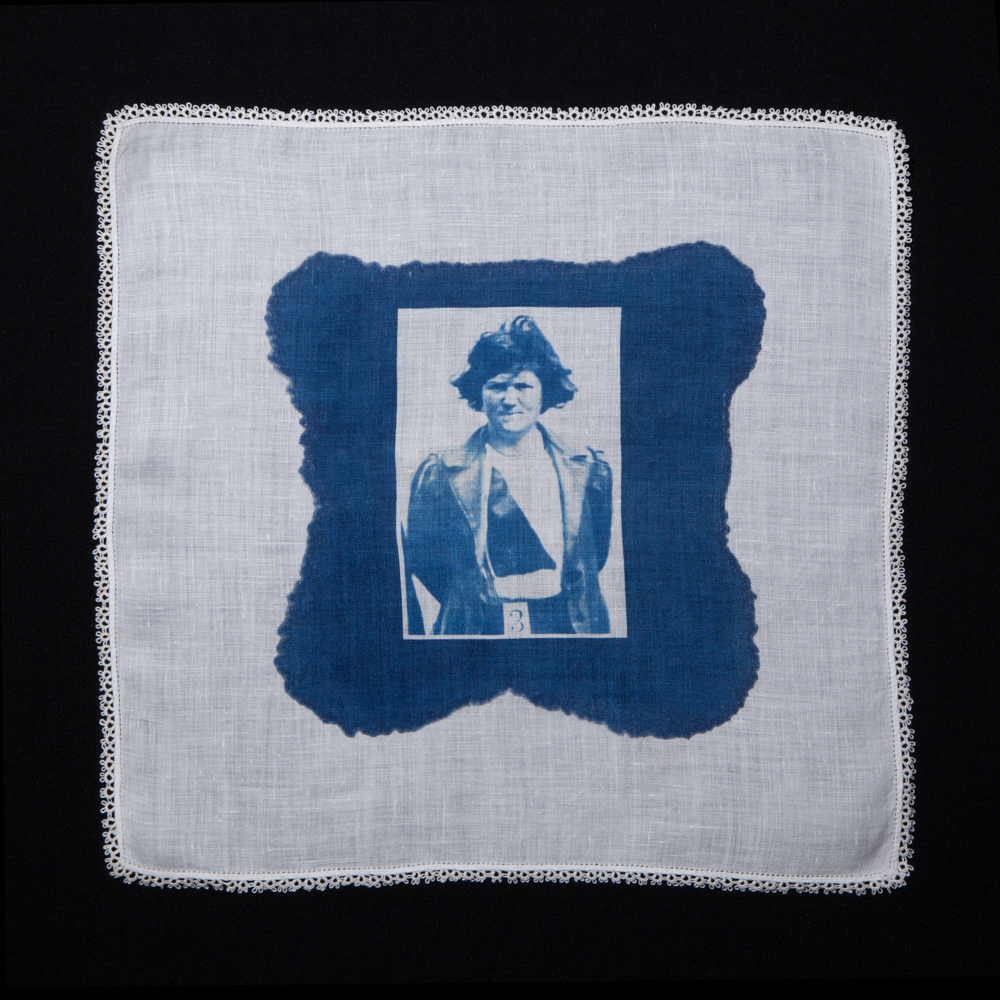 Let’s start with your growing up in Italy and Europe and what brought you to photography and the United States?

I was born in Milan and spent my childhood living in Germany and Italy. My parents are US citizens but spent the early decades of their marriage living and raising their family in Europe, and traveling extensively. I was the beneficiary of their life choices and think of Italy, in particular, as a second home.

I fell hard for photography from the first time I borrowed my mother’s old Brownie camera on a summer family trip to Sea World in the mid 1980’s. Shamu and the heavy weight of central Florida humidity (for better or worse) will always be linked in my mind to my early experiences of making images. Moving to the US was a jarring experience, and as a shy kid in a new place I understood on an intuitive level the power of the camera. Photography was a way for me to navigate social situations –– it allowed me to be both participant and observer in situations where I did not yet feel I could be myself. And later in adolescence it became an identity, Amy the photographer. I obsessively created photo albums and eventually built a darkroom in my parents’ house as a teenager. I was lucky to have had great photographic mentors as a young person. 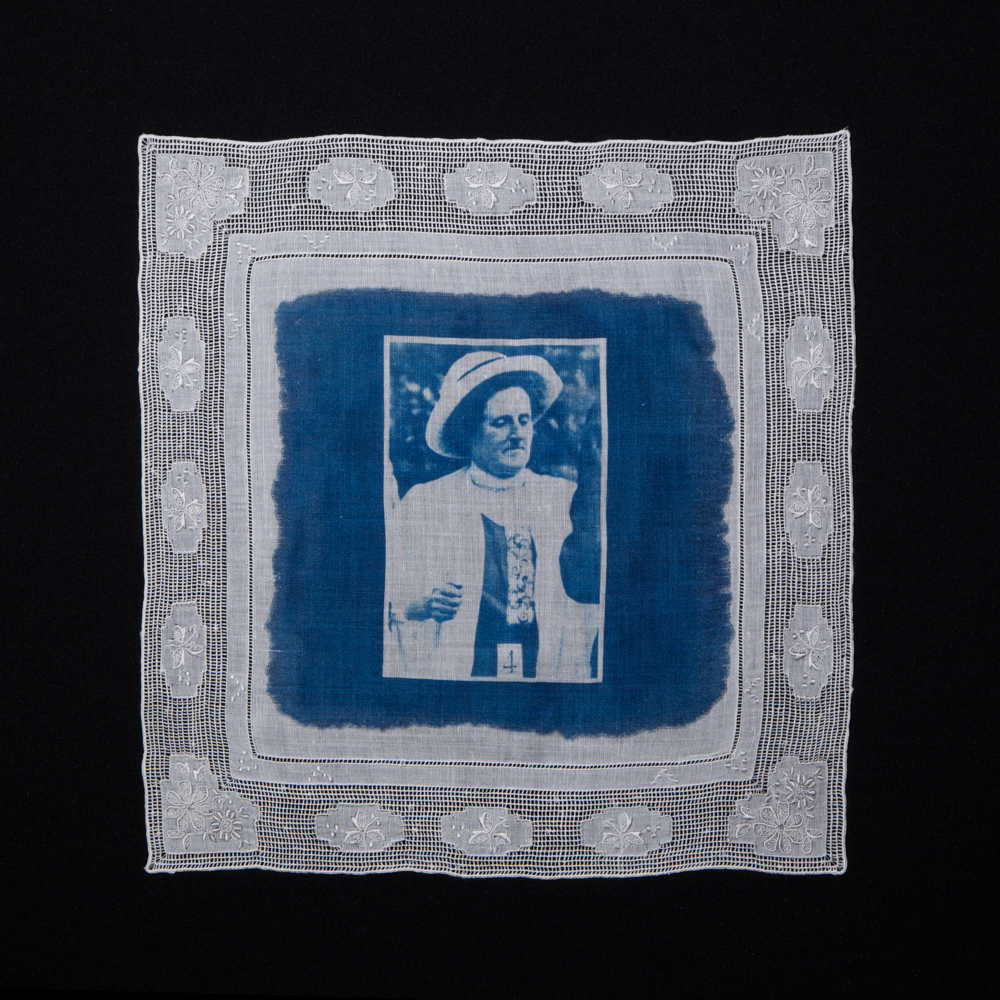 Your bio states that you live in the high plains in Utah, how did you land in the West?

I live on the cusp of the Great Basin at the foot of the central Wasatch Range. After living in cities for 15 years, and retreating to wilderness on weekends, I knew I wanted to leave urban life and live rurally. I am enamored with the west and Utah was a natural choice for me as my family had roots in Utah. I found the nearest college town to the old family ranch (6 generations) that didn’t have a photography professor. In 2005 quit my job in California and bought an 1860’s stone house in Ephraim, UT. I love that I can go 4 or 5 blocks in any direction and be off the pavement. 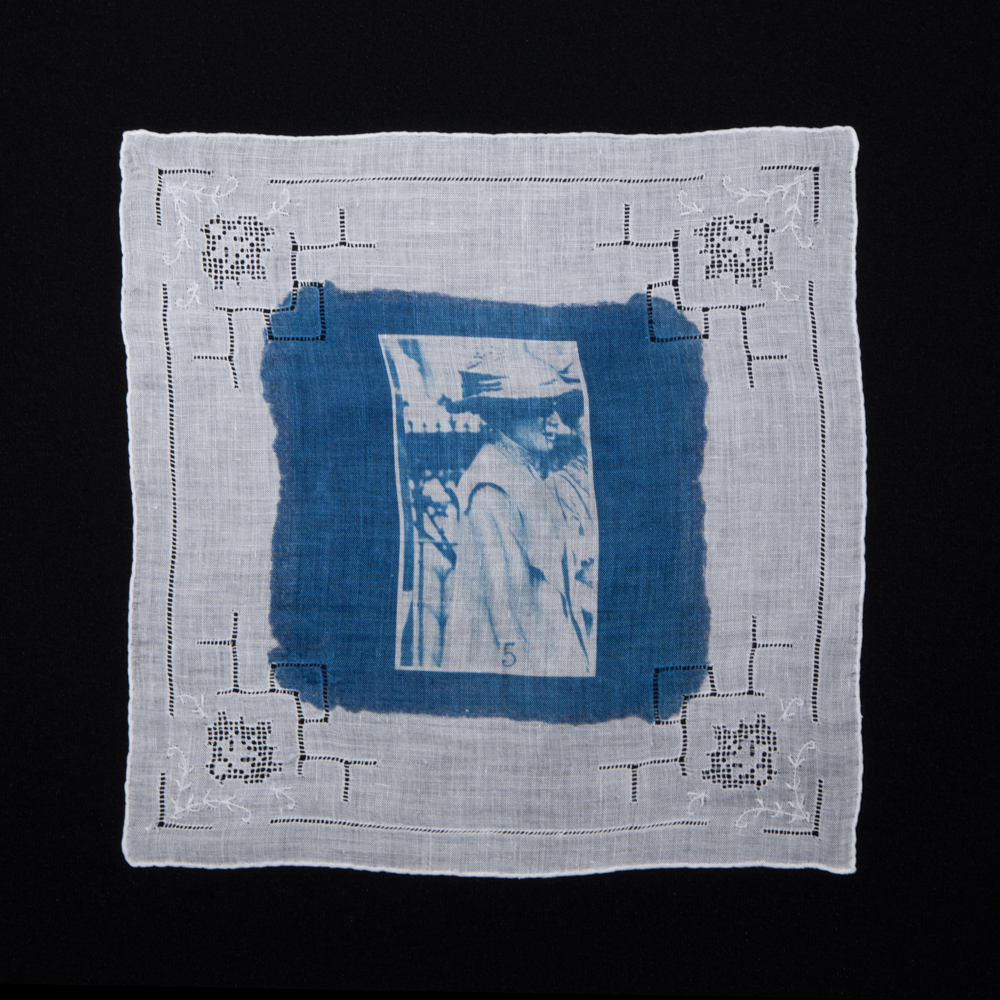 What is unique about making work in Utah?

There are many artists in the state who make work specifically about this place – we have an extraordinary landscape and a rich geographic and political history to draw from. And while I don’t often make art directly about the west, it is this landscape that provides my imagination the space to roam. I think the biggest challenge for Utah artists is moving beyond the state line – endemic to all places outside of major urban art scenes – its difficult to get work on the national or international radar. I am actively looking at models and putting into practice approaches that can hopefully begin to change this dynamic not just for Utah artists, but for all artists working off the grid so to speak. 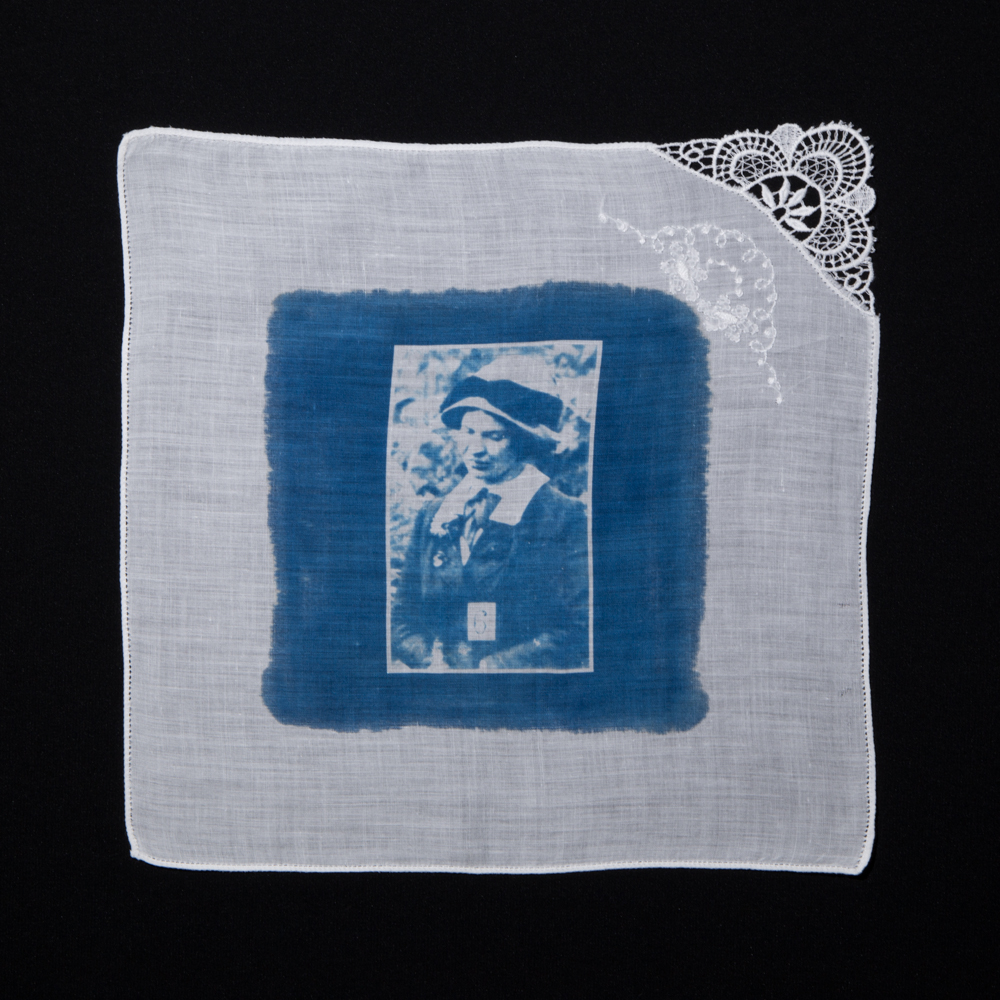 I work in the arts community in several capacities – I’m an artist, educator, curator, administrator, and work on the board of the Utah Arts Council and Utah State Fine Art Collection. All of these positions put me in front of a lot of artwork. I’m always interested in what artists are doing and am continually listening, looking, and reading about artists. Some of the photographers that will be featured this week have been on my radar for years and I’ve long admired their work, and a couple are relatively new to me. However, there is no question that organizing over 250 visiting artist lectures and curating 35 exhibitions over the last several years has built the foundation of my knowledge base in terms of what’s happening in the region. 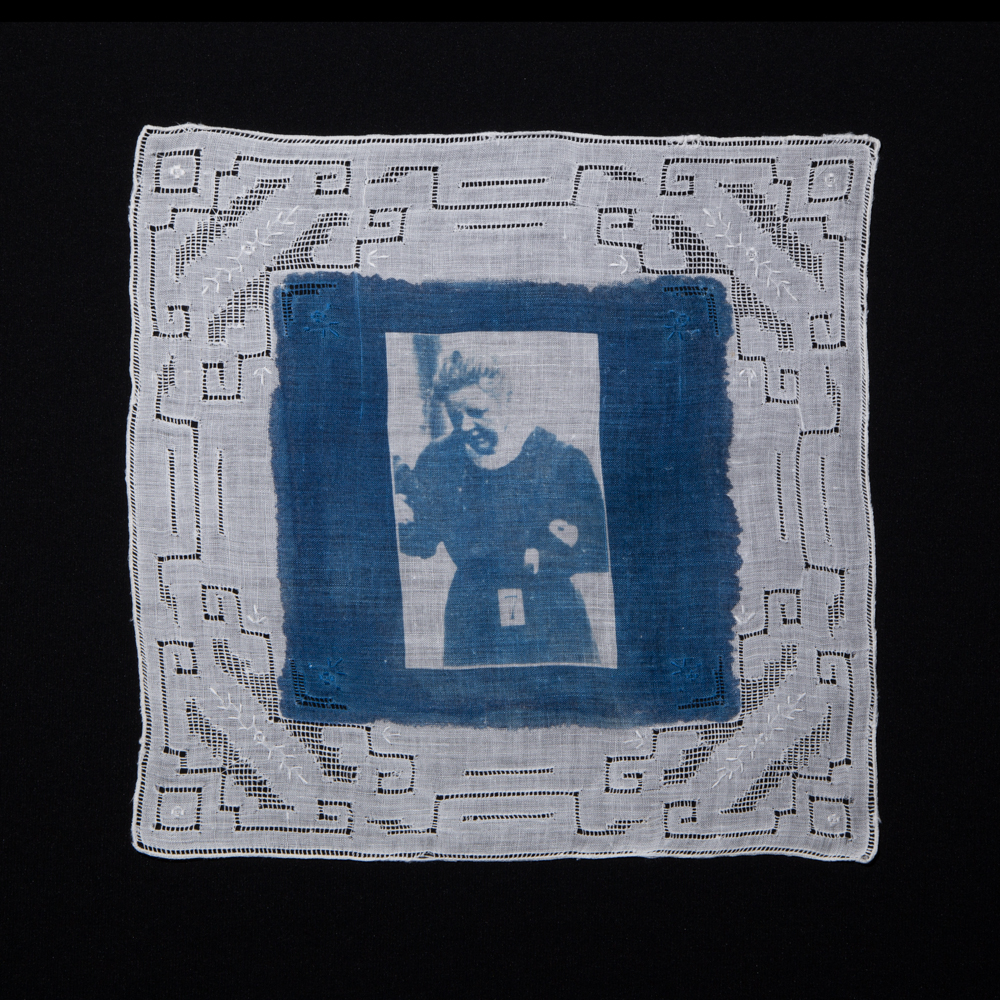 My motto is: Build the community you want to be a part of. Granary was founded in 2013 and grew out of a collaboration with artist and educator Kelly Brooks. We both shared a vision of living in a place where a professional contemporary art space was integrated into the fabric of the community and served as a creative cultural hub. With prior non-profit board experience, we decided to dive head first into starting a non-profit. Granary Art Center is located in a historic stone granary building on the main street in town. We have three beautiful gallery spaces and I curate approximately ten exhibitions per year. In addition, we offer 35 educational workshops, cultural programing supporting the work of regional artists, an internship program, and recently secured a building to develop a forthcoming artist residency program. I work with a great team of people, and the most exciting part of my job is providing opportunities to both regional and international artists working in all media who are making compelling work. I always look for relevance to our audience, and like to draw connections between local and global dialogs. 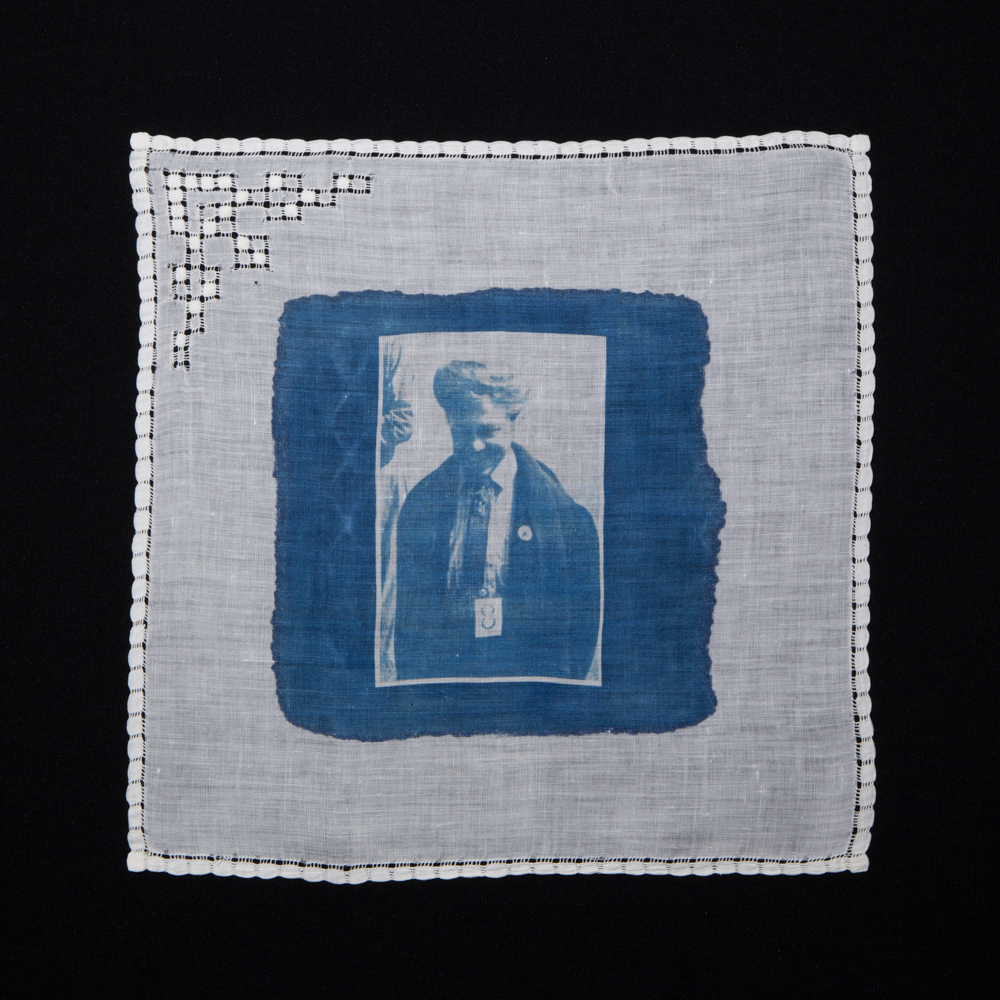 What curatorial projects are you working on?

I curate many shows every year so there’s always something on the horizon, however, I’m most excited about the Utah Portfolio (working title). This is a project that will feature a cross-section of Utah photographers, include a traveling exhibition, and portfolio available to collecting institutions and private collectors. Integral to the project is raising the profile of artists in the region through media and collection placement, and building community among photographers, many of whom work great distances apart in relative isolation. I have two great collaborators on this project, Edward Bateman and Rebecca Ross. I’m fairly passionate about exploring options for shifting the dismal economic model for working artists. This project is a proving ground of sorts – there must be a better way for artists to live a creative life without having to work 3 part-time jobs to make ends meet. 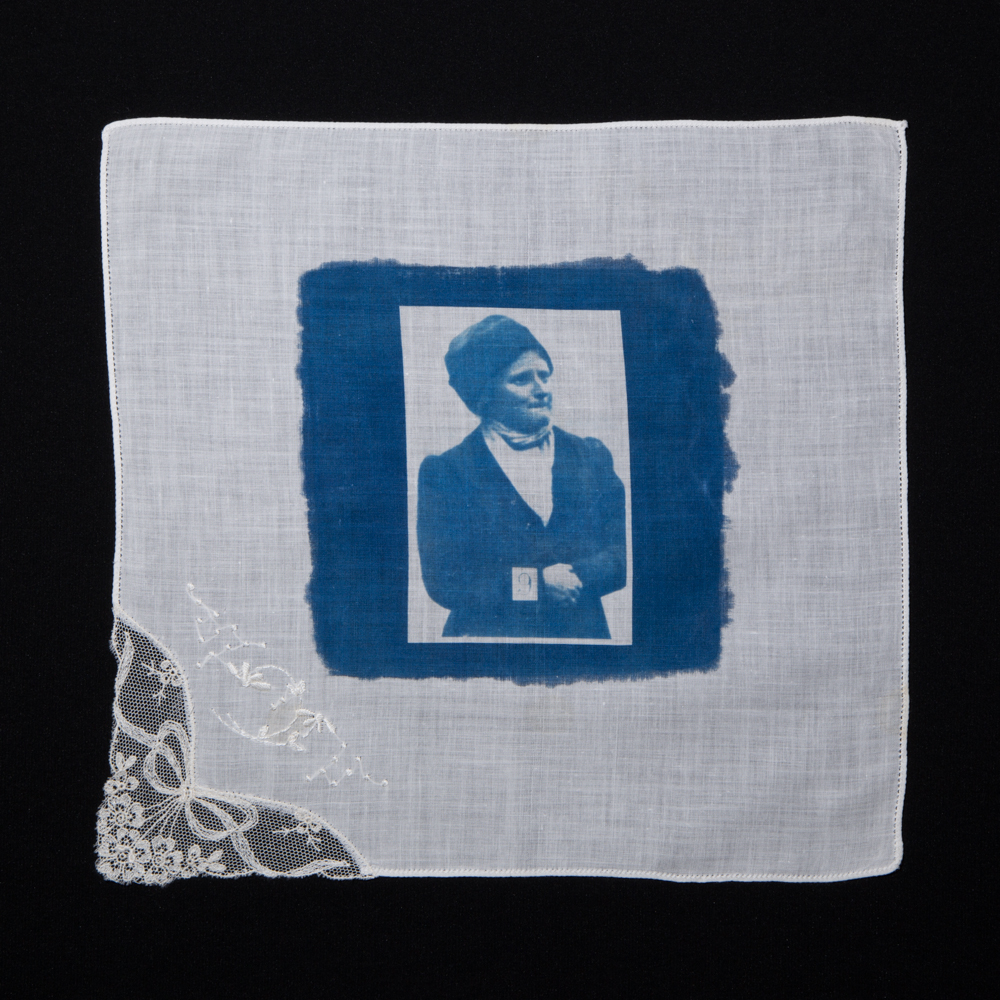 Ultimately, I’m most interested in ideas, and I think of my creative practice as a continual exercise in problem solving. I engage with photography because it’s a medium that has enough cultural leverage to ask the big thoughtful questions about who we are. While my imagery may appear visually different, I don’t necessarily think of it as varied, all the work is tangentially linked – one rabbit hole leads to another. 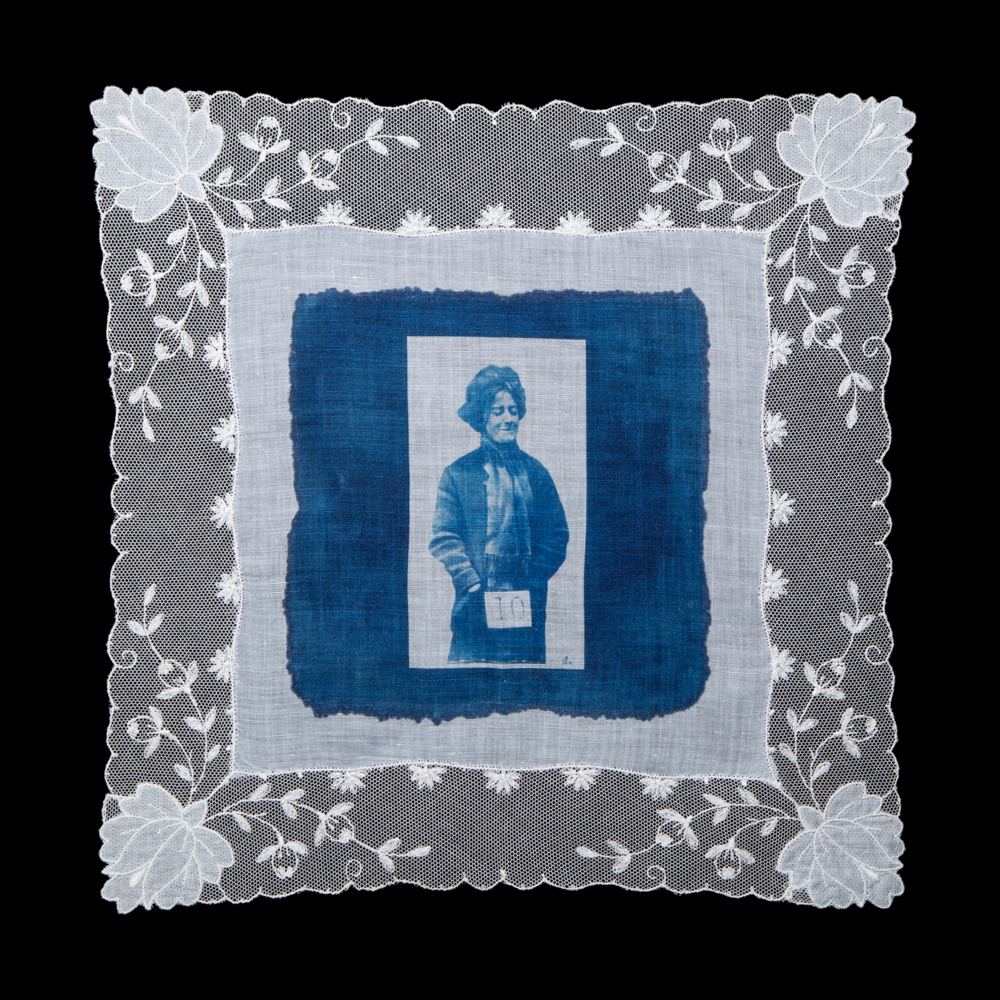 Apples appear in a number of your series…

Apples, the great American icon and often contradictory symbol. I’ve used apples in several photographic and video based works to explore themes such as the cultural landscape of longing and desire; notions of sensuality and the connotations of a tainted fruit; and the co-opting of male violence as a way to examine how the traditional symbolism of the apple correlates to imagery of force and extremism. All of these works are about rejecting the traditional construct of the apple as a signifier of femininity and female transgression.

I thought I was done with apples, but after participating in the Washington DC Women’s March I visited the Smithsonian and come across a 1989 photograph by Michael O’Brien of Donald Trump in a business suit, tossing a bright shiny red apple in the air. Standing in front of that photograph, I said to myself out loud, “No, I am not done with apples.” 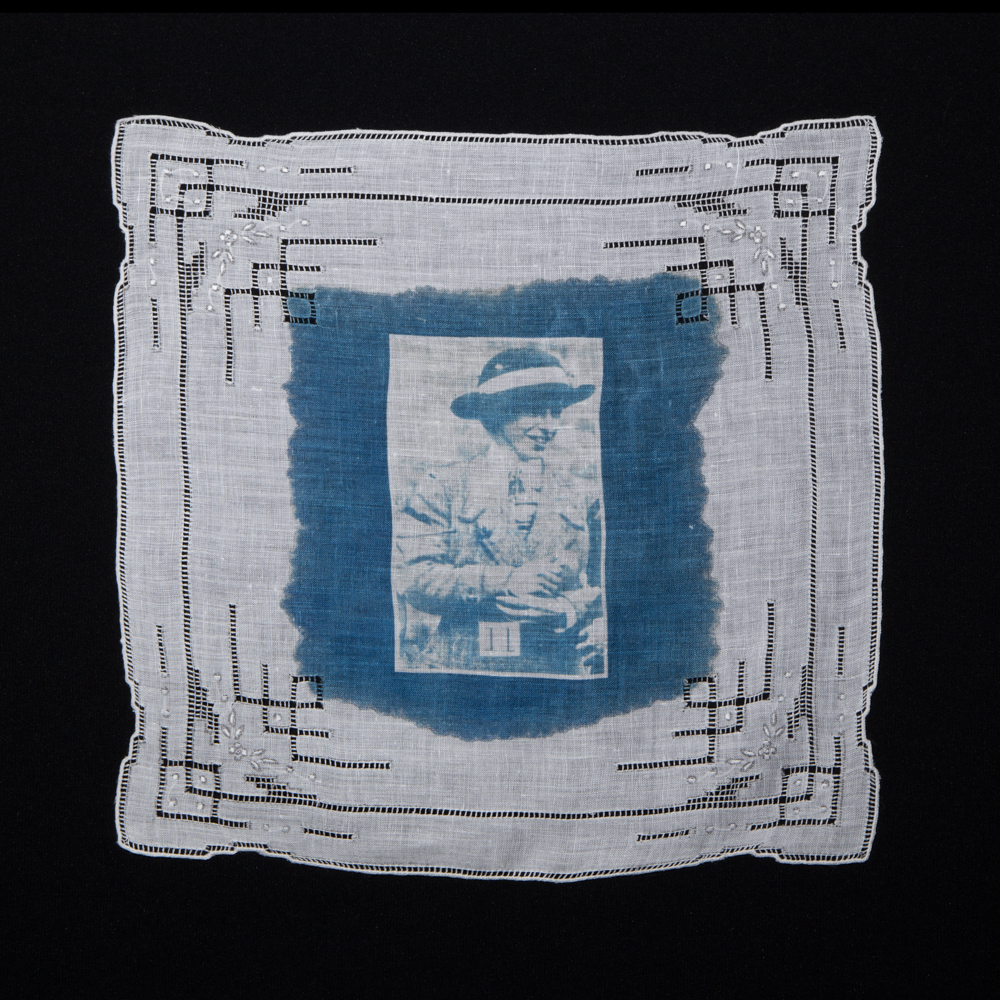 I’m working on a new body of work called A Labor of Love. I use cameraless photography, performance, and textiles to explore intersecting ideas of the body, power, violence, and domestic ritual. I’m interested in examining traditional hierarchies using the meal and feast as a metaphorical departure point and place of domestic occupancy. (There is a lot of apple smashing…) I’ve just finished the first phase of this work and am excited to see where it goes. 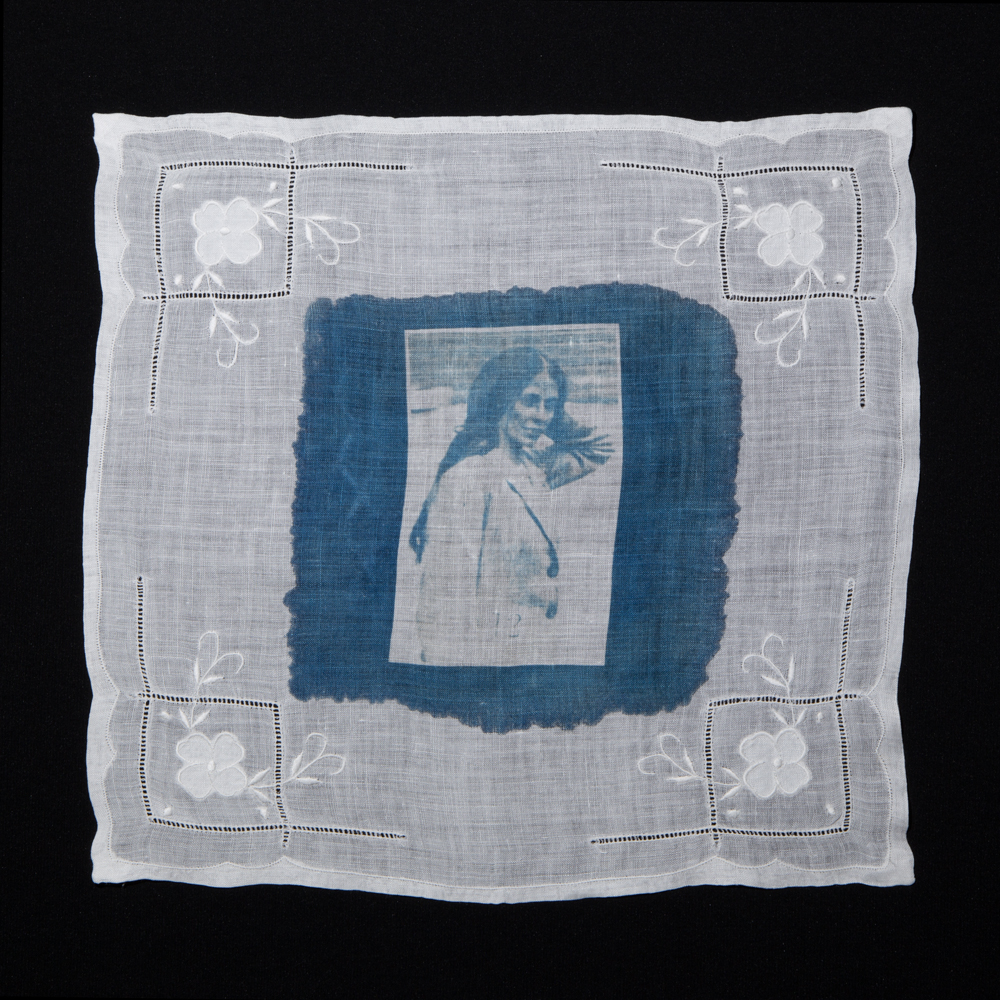 And finally describe your perfect day…

All perfect days begin with movement, land, dogs, and the sunrise. 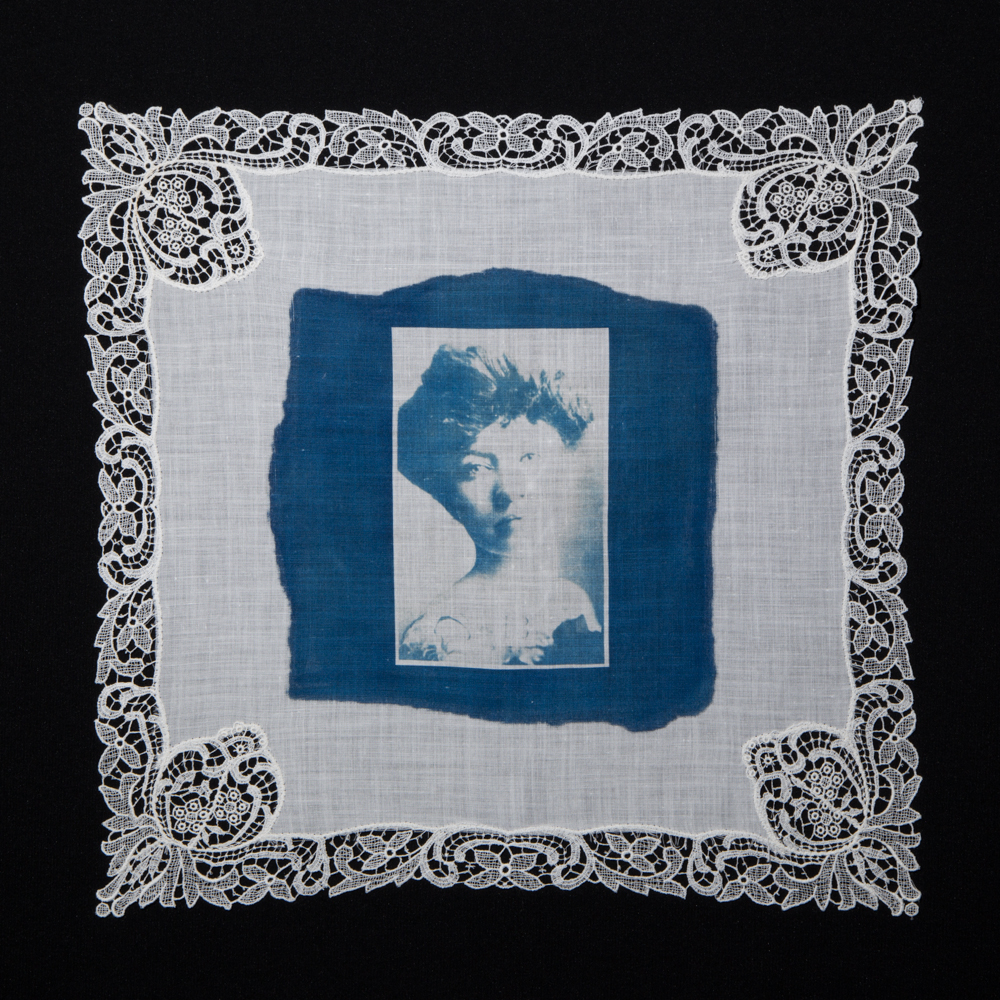 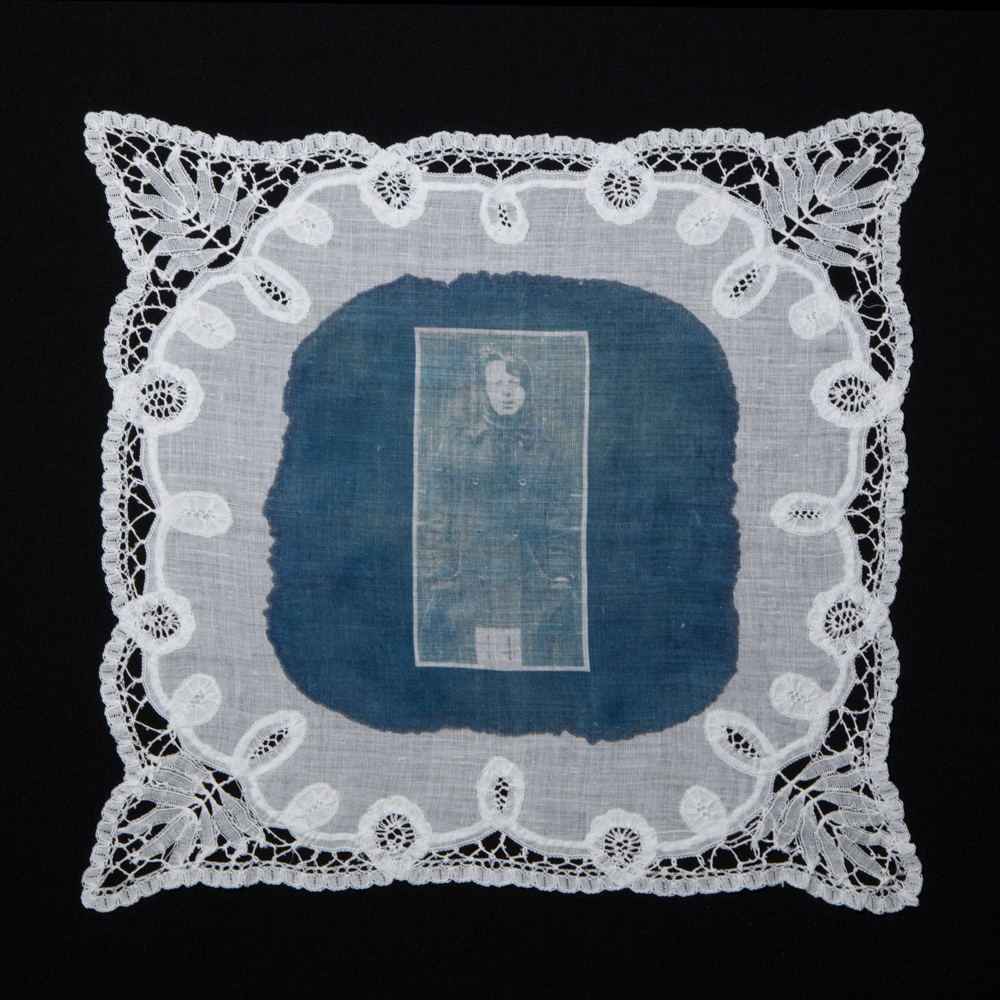 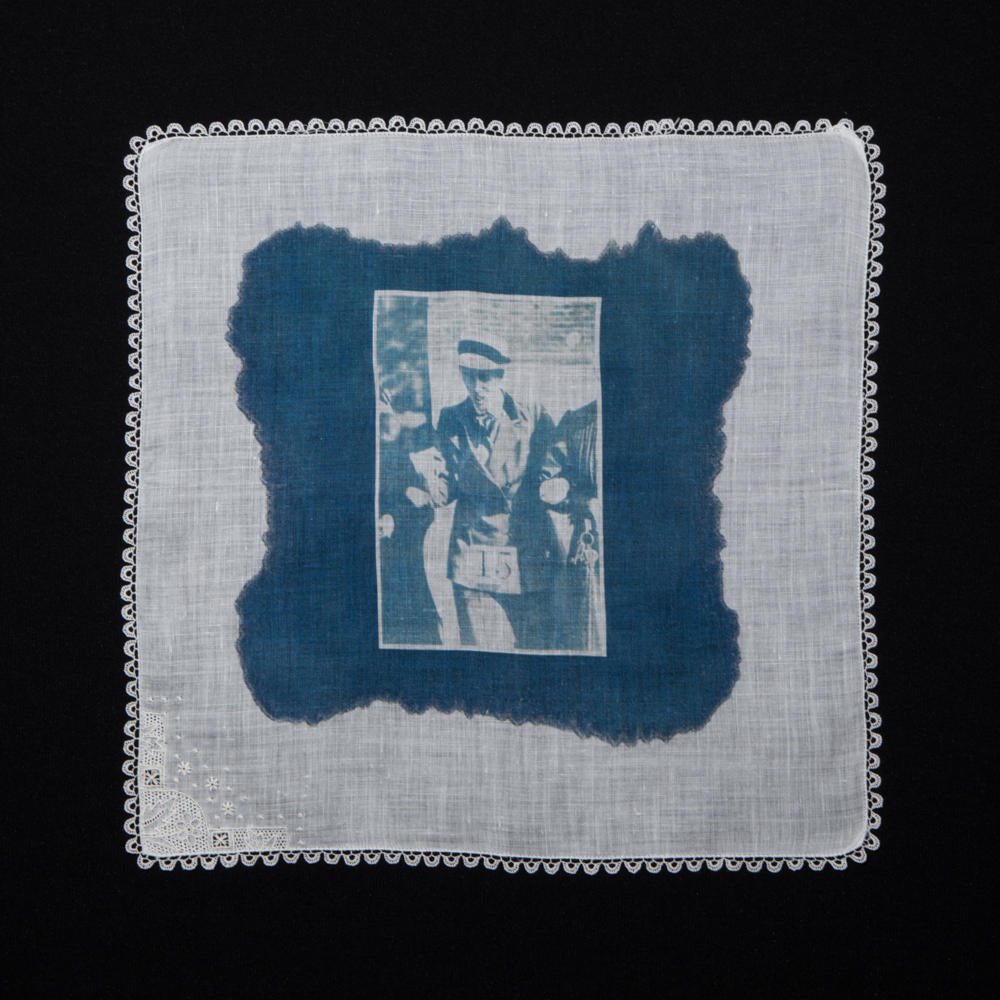 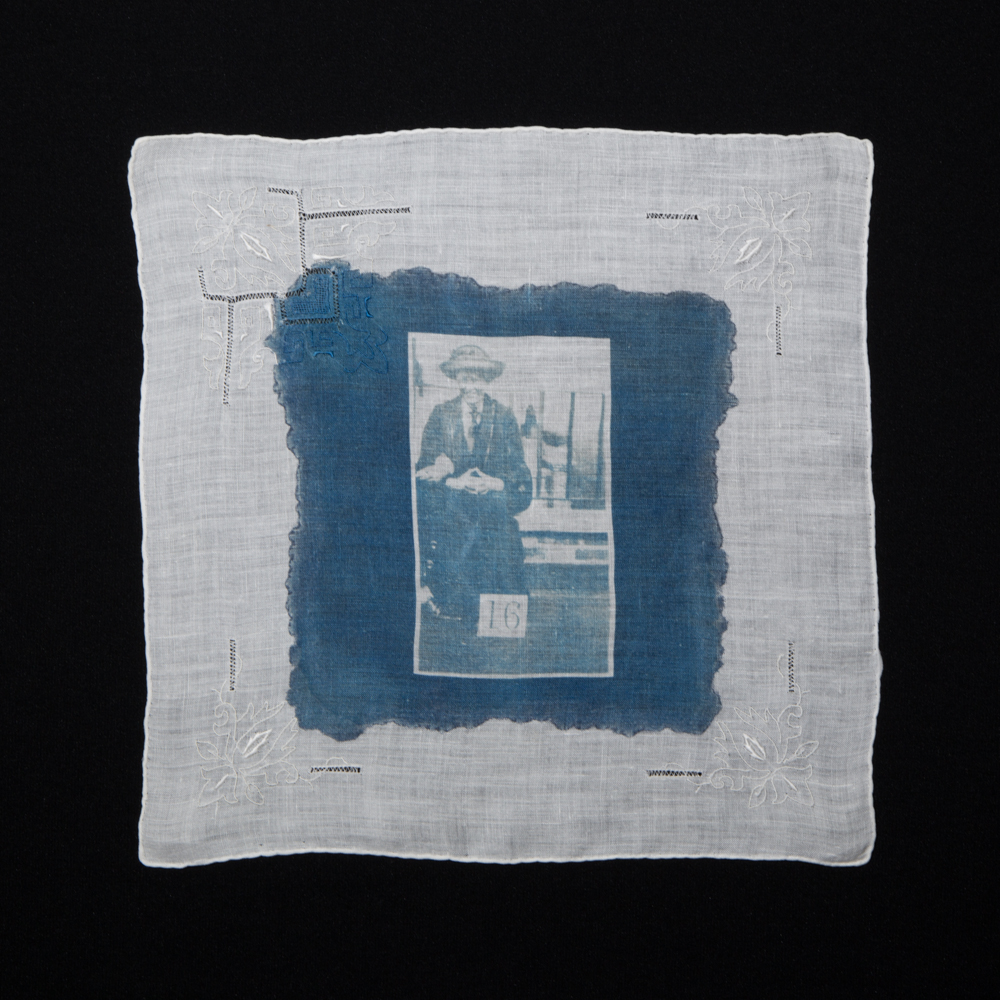 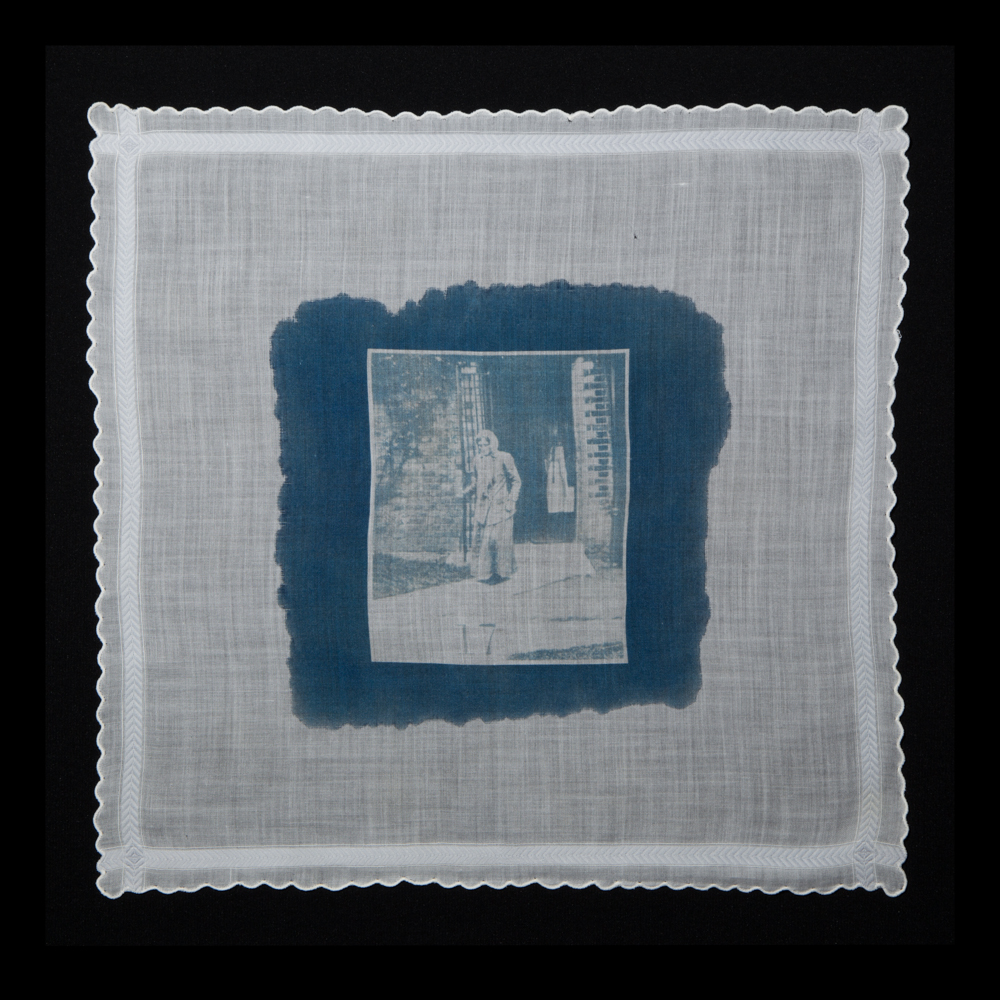 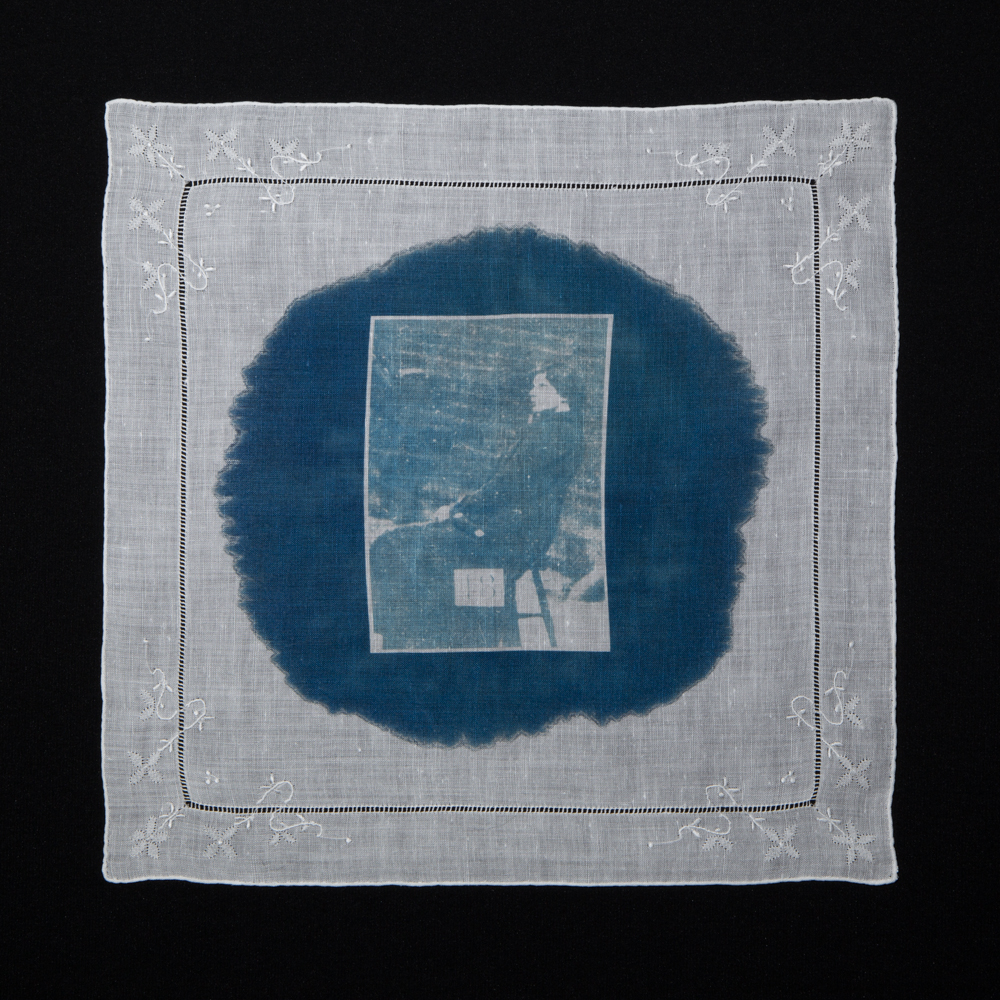