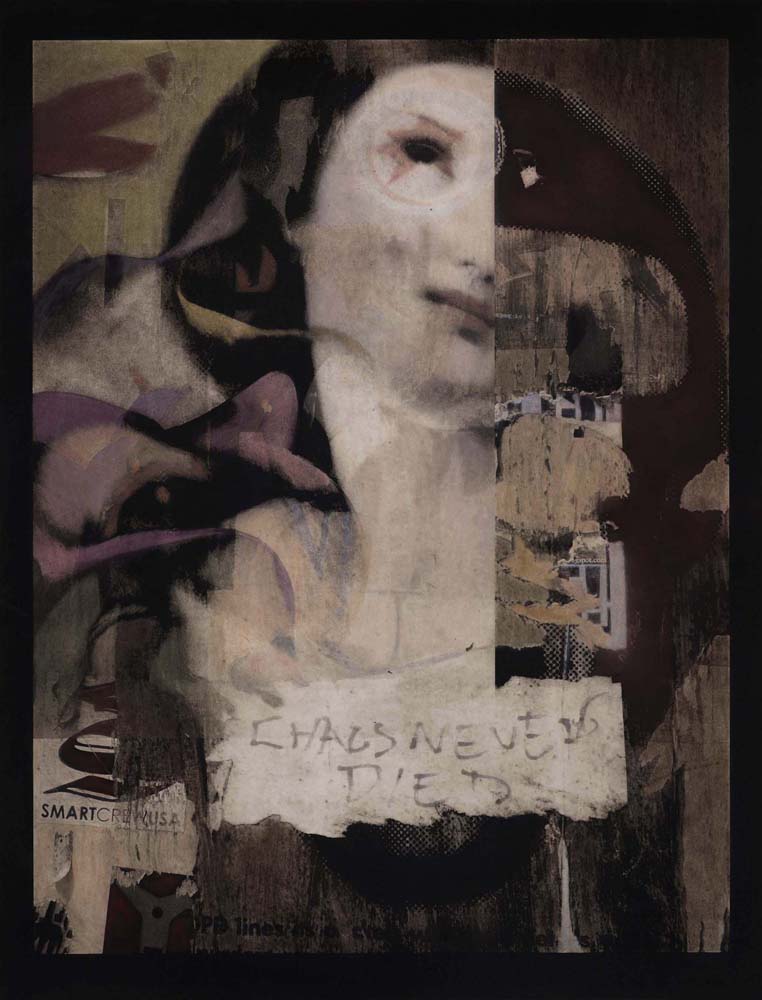 Christmas has come early in New Orleans, with the city’s favorite daughter opening a new exhibition, Barking at God – Retablos Mundanos, on October 14th and releasing an exquisite new special edition monograph, Lux Perpetua. Josephine Sacabo has long set the bar for creative expression as a photographic artist, using a variety of alternative processes and the rich history and unique influences of her home town, including a life absorbing all parts of the globe. Over the years, I have had the pleasure to dine in her amazing New Orleans studio, savoring gumbo amidst her eclectic treasures and stunning work, a perk of being a reviewer at PhotoNOLA and last fall, I visited her in San Miguel, Mexico where she lives for part of the year. I watched her create the hand painted work featured today from her Barking at God – Retablos Mundanos project, and needless to say, it was a privilege to witness her in action. Josephine opens an exhibition of this project at The A Gallery for Fine Photography on Saturday October, 14th, from 5 – 8pm. The exhibition features thirty 21 x 26 inch hand-colored Photogravures and is on view until December 31, 2017.

Barking at God – Retablos Mundanos, combines retablos – Mexican devotional paintings of Catholic iconography – with graffiti from the streets of New Orleans. “Martyrs, saints, even Christ himself, are tagged over and through with spray paint, stickers, and posters. Merging these two unique iconographies from her respective homes shows order descending into chaos, a theme that resonates all the more deeply with our increasingly disjointed and fragmented world”.

Born in Laredo, Texas, in 1944, Josephine Sacabo was educated at Bard College in New York. Her many portfolios are visual manifestations of the written word, and she lists poets as her most important influences, including Rilke, Baudelaire, Pedro Salinas, Vincente Huidobro, Juan Rulfo, Mallarmé, and Sor Juana Inés de la Cruz. Her images transfer the viewer into a world of constructed beauty.

Over the course of Sacabo’s 40-year career, her work has been featured in over 45 gallery and museum exhibitions in the U.S., Europe and Mexico. She has been the recipient of multiple awards and is included in the permanent collections of the New Orleans Museum of Art, George Eastman House, the International Center of Photography, the Metropolitan Museum of Art and la Bibliothéque Nationale, Paris, France. 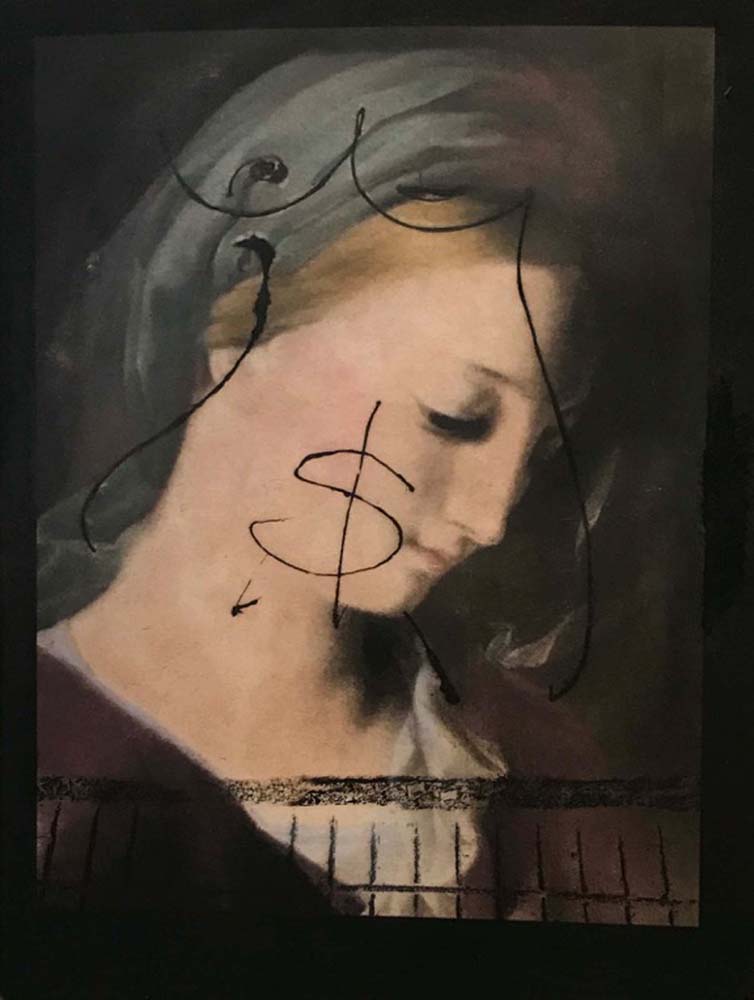 All that’s left for me is to bark at God. – Clarice Lispector

I began working on the images one day out of anguish and ended up rescued by a depth of meaning I never really meant to touch. The resulting images are 21 x 26 inch hand-colored photogravures combining the graffiti of New Orleans with religious imagery from San Miguel in Mexico – the dueling iconographies of the two places I call home. I have no final judgement to make on the subjects. Each expression is presented with its consolations and its cruelties. They are what they are and hopefully the viewer finds something in them that speaks to what they themselves may have experienced, needed, or felt. – Josephine Sacabo 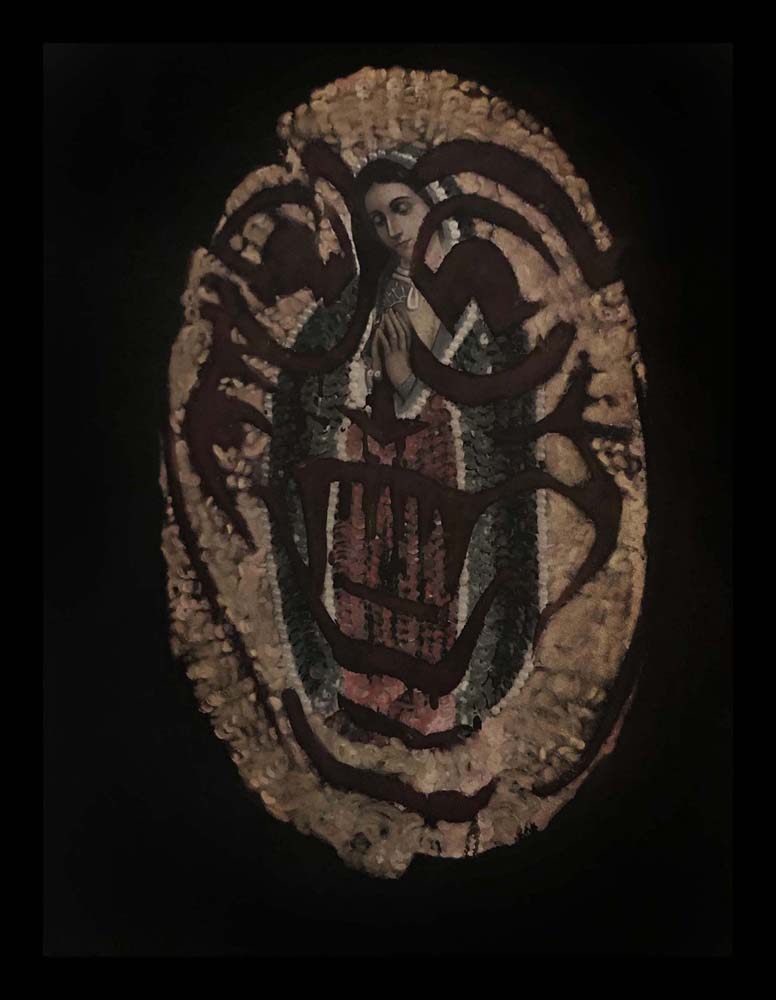 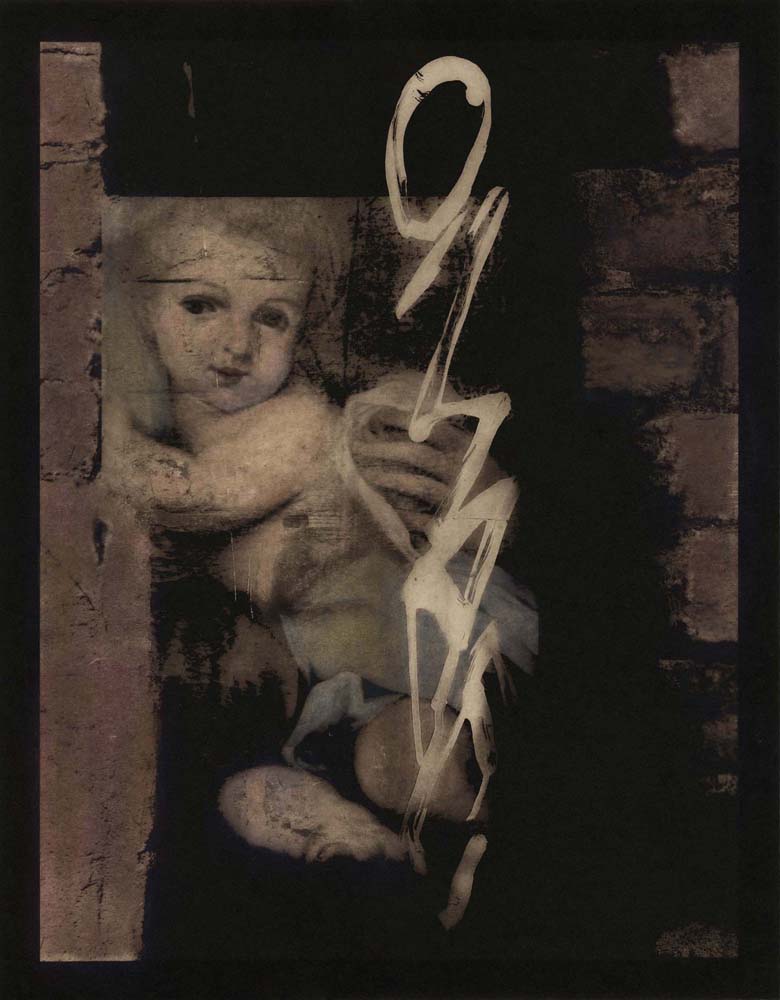 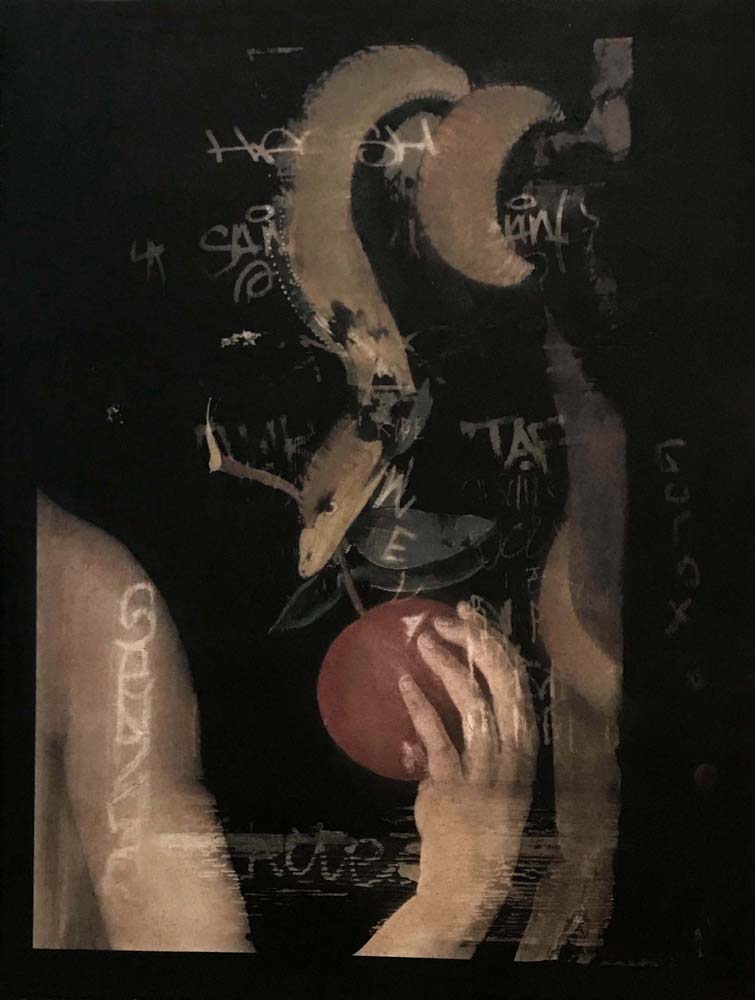 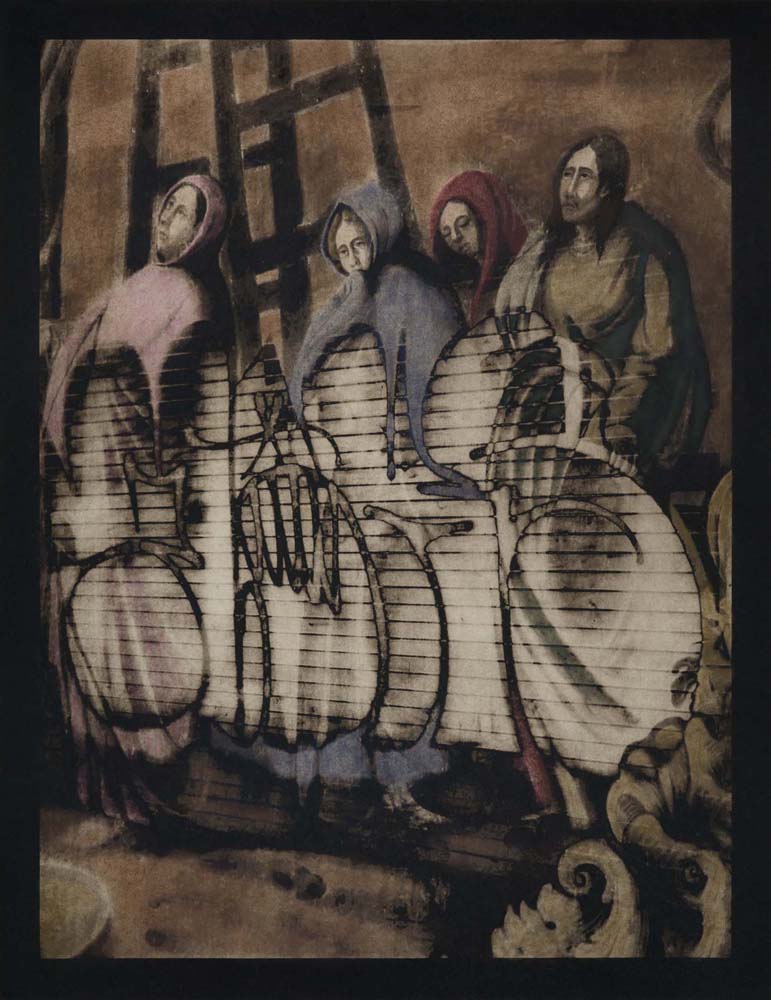 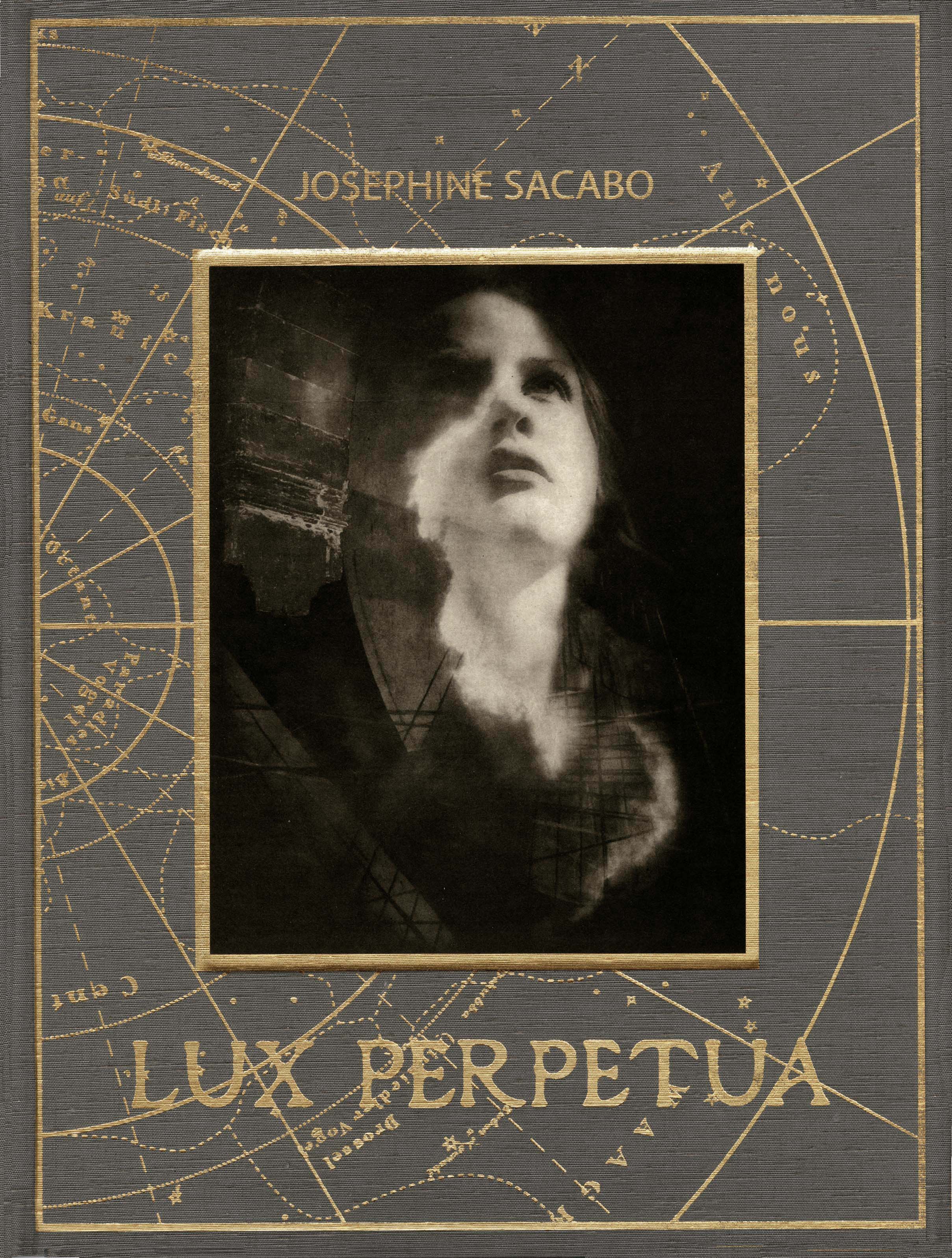 This series was inspired by the life and work of Sor Juana Ines de la Cruz,a 17th century Mexican nun who was one of the greatest poets and intellectuals of the American continent. She created the most renowned salon of her time from behind the bars of her cloistered cell.

In that cell she studied science and philosophy; wrote poems, plays, and music; and championed women’s rights to intellectual and spiritual freedom.

In the end, after resisting valiantly for over twenty years, she was silenced by the Inquisition. It is my hope that these images will help break that silence so that we may once again “hear her with our eyes.”

This work is dedicated to women everywhere who, whatever their confines, prevail. They are our hope.

Sor Juana’s life and work seem to me to be enormously relevant today, particularly for women, because it is the story of a very courageous and gifted woman living and fighting for intellectual and spiritual freedom, not unlike the brave women in Iran and Africa, Ciudad Juarez, or New Orleans for that matter, who are basically fighting the same fight across continents and centuries – and who have still not won. It’s also relevant as a cautionary tale about the oppressive side of prevailing ideologies, whether it be the Inquisition or the Taliban.

For me it was a very moving personal experience to discover her poetry. Most of my work is about spiritual survival under duress and once I intuited that aspect of her life and work I identified with that effort and a huge bond developed. I embraced wholeheartedly the correspondence between her text and my images by engraving both onto the plate – depicting two ways of saying the same thing. 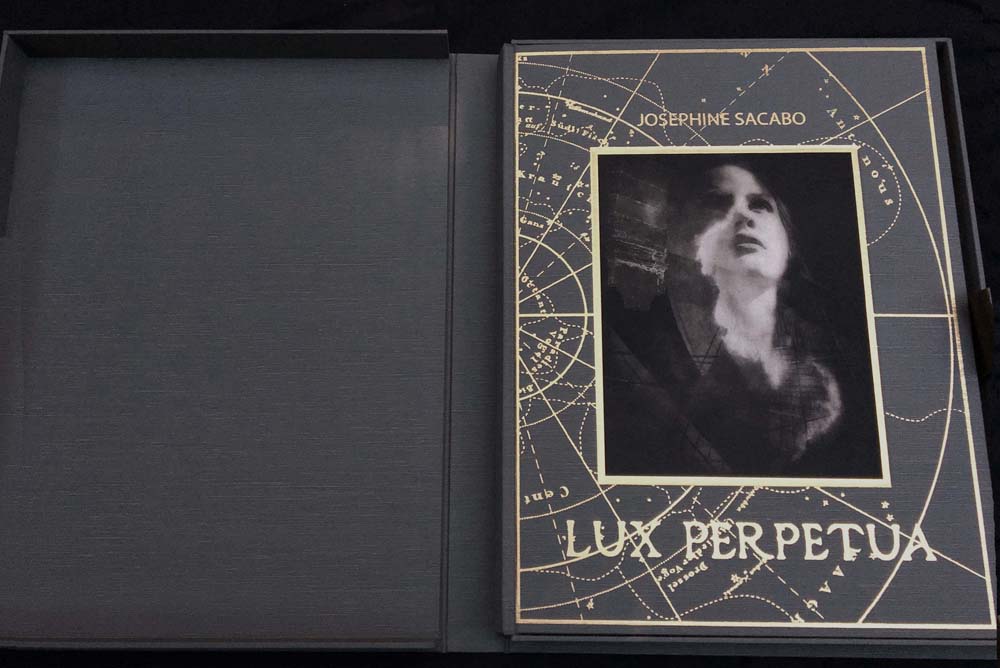 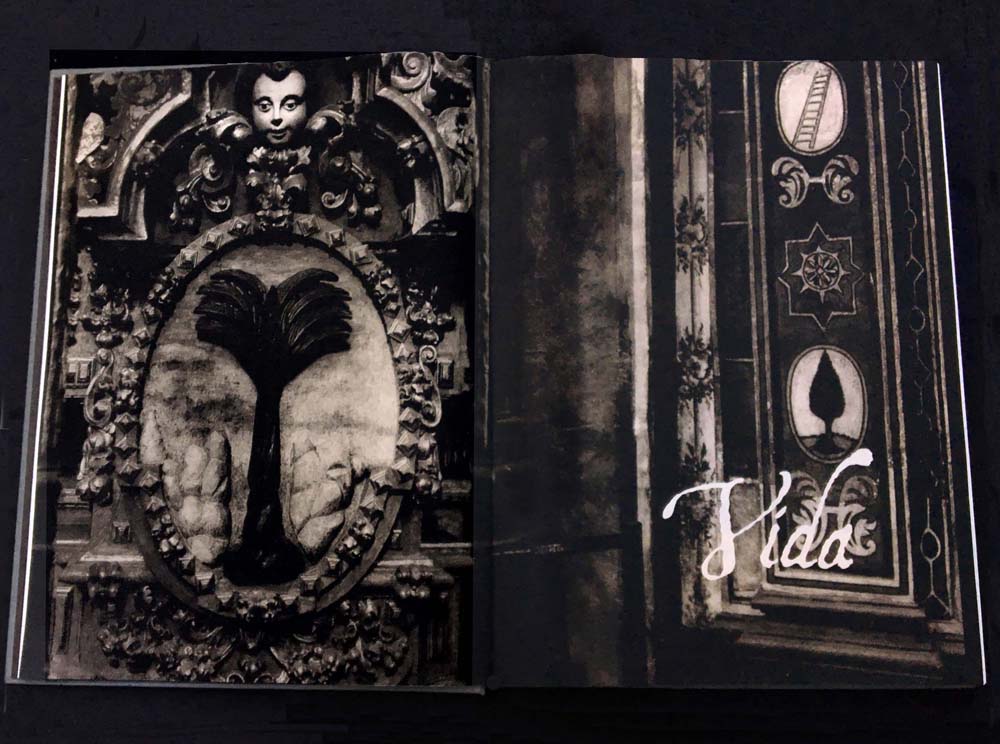 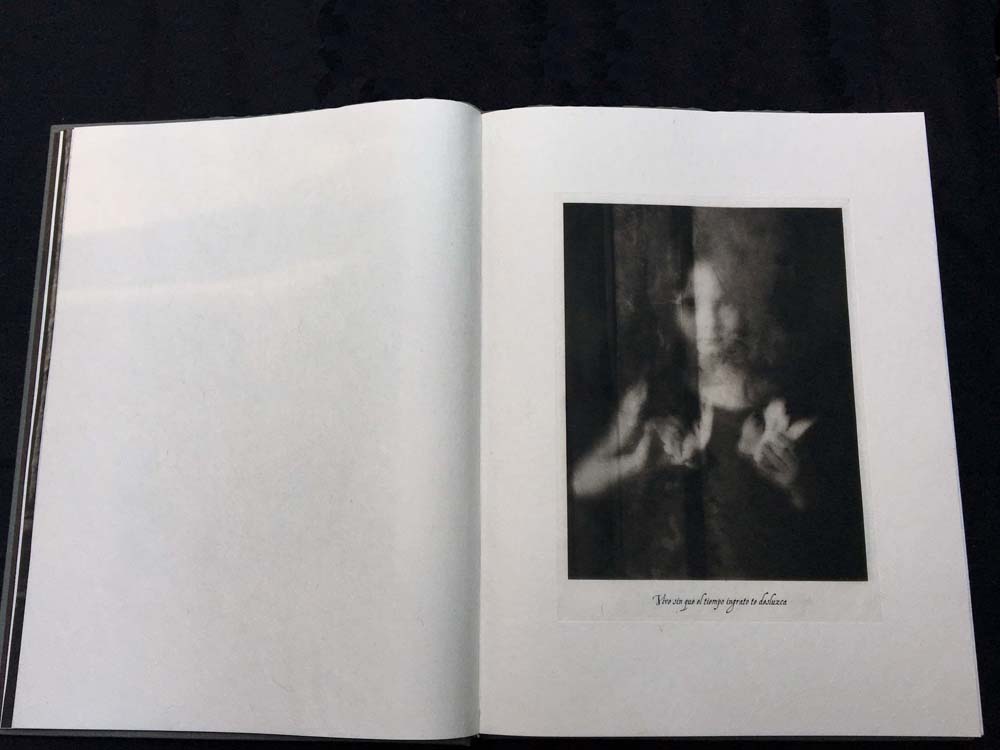 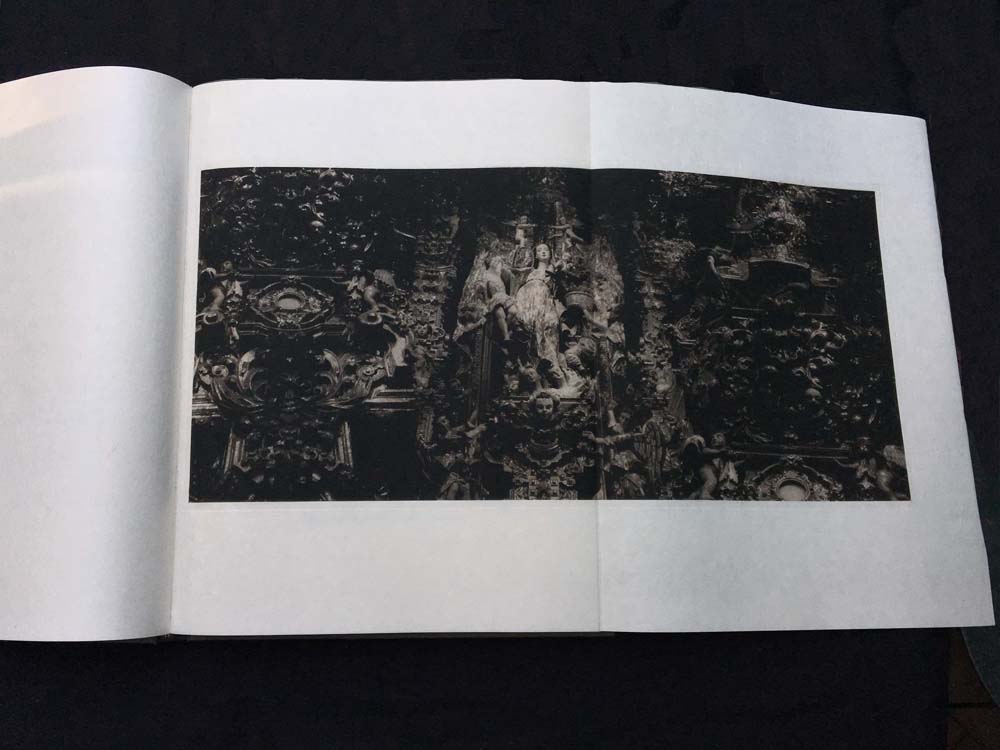