On the Street with Bill Cunningham by Aline SmithsonJanuary 29, 2018 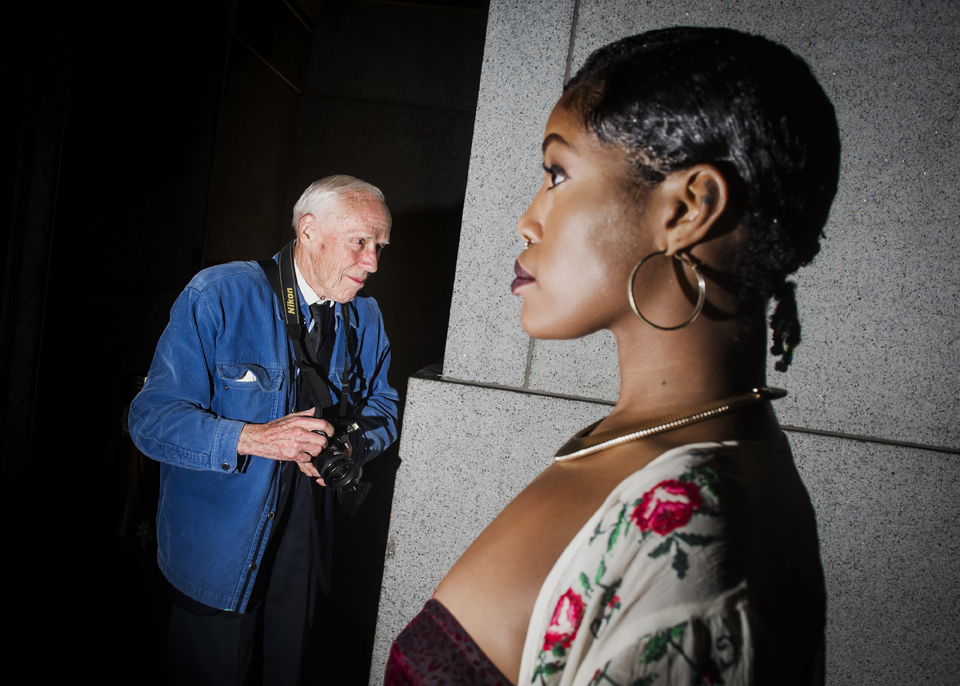 The main thing I love about street photography is that you find the answers you don’t see at the fashion shows. You find information for readers so they can visualize themselves. This was something I realized early on: If you just cover the designers in the shows, that’s only one facet. You also need the street and the evening hours. If you cover the three things, you have the full picture of what people are wearing. – Bill Cunningham

I’m reminded of the loss of Bill Cunningham every Sunday when I read the Style section of the New York Times; I miss his dogged investigation of fashion on the streets of New York. Years ago, when I was a fashion editor, I’d see Bill on a regular basis, camera strung around his neck as he pedaled his bike through Manhattan traffic. I have to admit that we all secretly hoped Bill would turn his lens our direction, and the most wounding moments during fashion week was when Bill would lower his camera upon seeing an outfit that didn’t interest him. 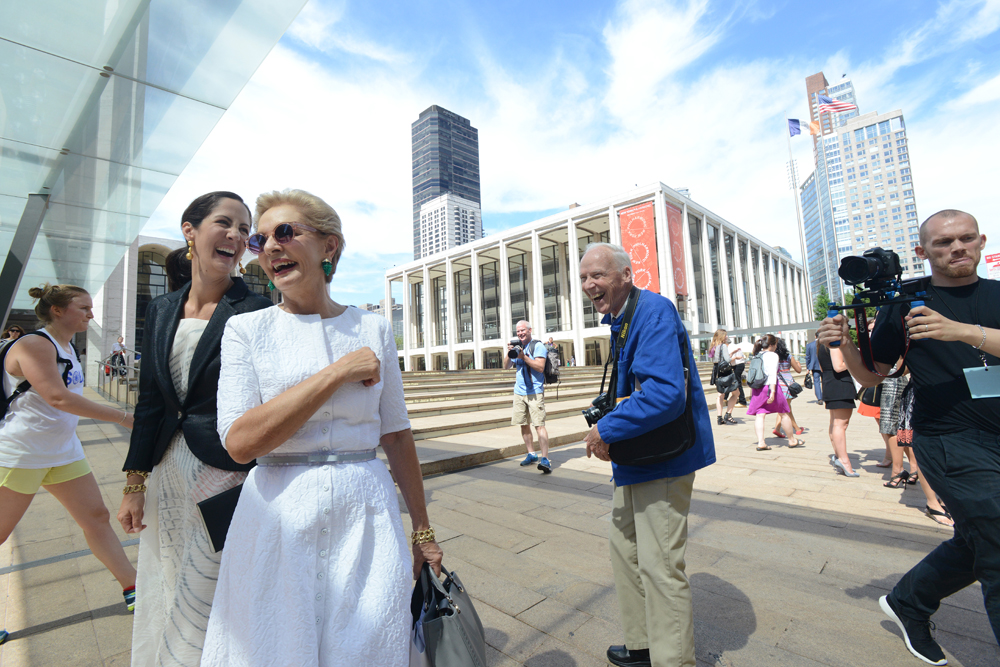 @Jennifer S. Altman for The New York Times, MANHATTAN, NY SEPTEMBER 3, 2014. Fashion designer Carolina Herrera is seen with New York Times photographer BIll Cunningham after being honored by The Couture Council of The Museum at the Fashion Institute of Technology with its 2014 Couture Council Award for Artitstry of Fashion at the David Koch Theater at Lincoln Center in Manhattan, NY. 9/3/2014

The Colorado Photographic Arts Center (CPAC) is featuring a new exhibition, On the Street with Bill Cunningham, on loan from the New York Times, that celebrates the career of fashion photographer Bill Cunningham. It runs through February 24, 2018 and is curated by Meaghan Looram.

“When you see his images up close, you can really appreciate Cunningham’s eye for detail and uncanny ability to wait for the right moment,” said CPAC Executive Director Samantha Johnston. “Not only was he a talented photographer, writer, and tireless editor, but he brought incredible passion and joy to his work. He’s someone we can all learn from, and CPAC is thrilled to partner with the New York Times to share his work with the Denver community.”

Tina Loite, a New York Times photo editor who worked closely with Cunningham got to know Cunningham while she was a photo editor for the New York Times’ Style department. “He would say to me: ‘I’m not a photographer. I’m a columnist who writes with pictures,’” she said. “It’s easy to say ‘Bill Cunningham, photographer.’ But that’s not enough of a description of Bill. What he did was a complete different iteration of the job.” 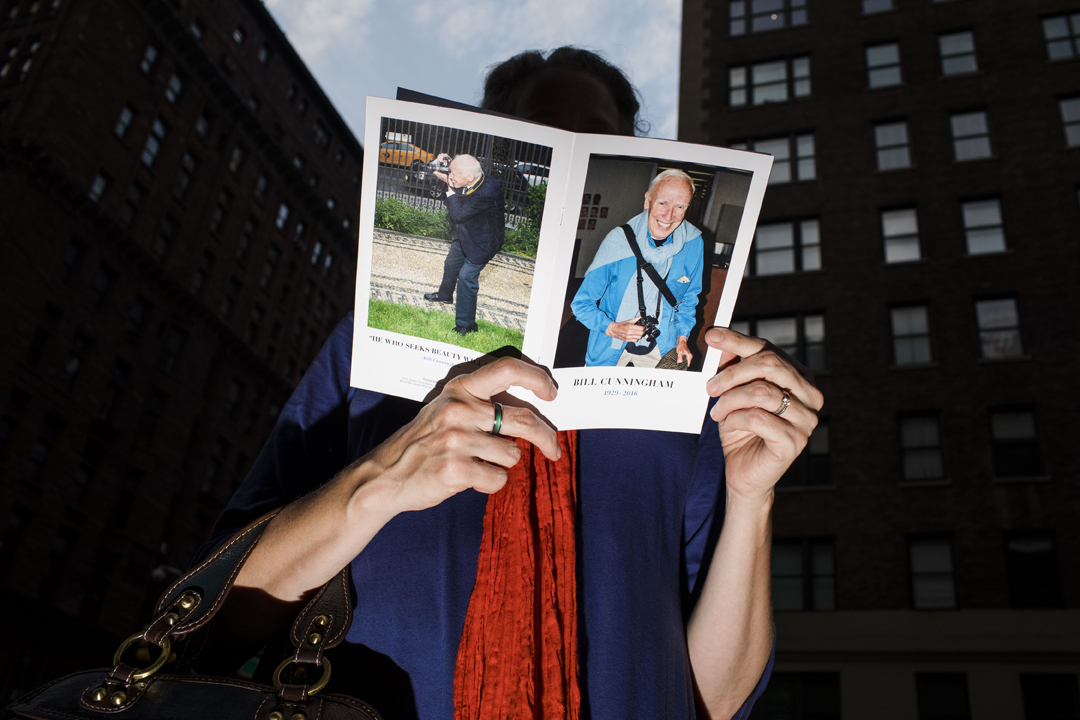 ©Landon Nordeman for the NY Times, Scenes from the memorial service for Bill Cunningham at Carnegie Hall on October 17, 2016, in New York City.

Bill Cunningham was a constant presence on the streets of New York for nearly 50 years. A staff photographer for The New York Times, he was first a designer of women’s hats before moving on to writing about fashion for Women’s Wear Daily and the Chicago Tribune. Bill began taking candid photographs on the streets of New York City, and his work drew the attention of The New York Times with a 1978 picture of Greta Garbo in an unguarded moment. Bill cultivated his own fashion signature, dressing in a uniform of black sneakers and a blue work man’s jacket, his only accessory a camera. He traveled throughout Manhattan by bicycle. 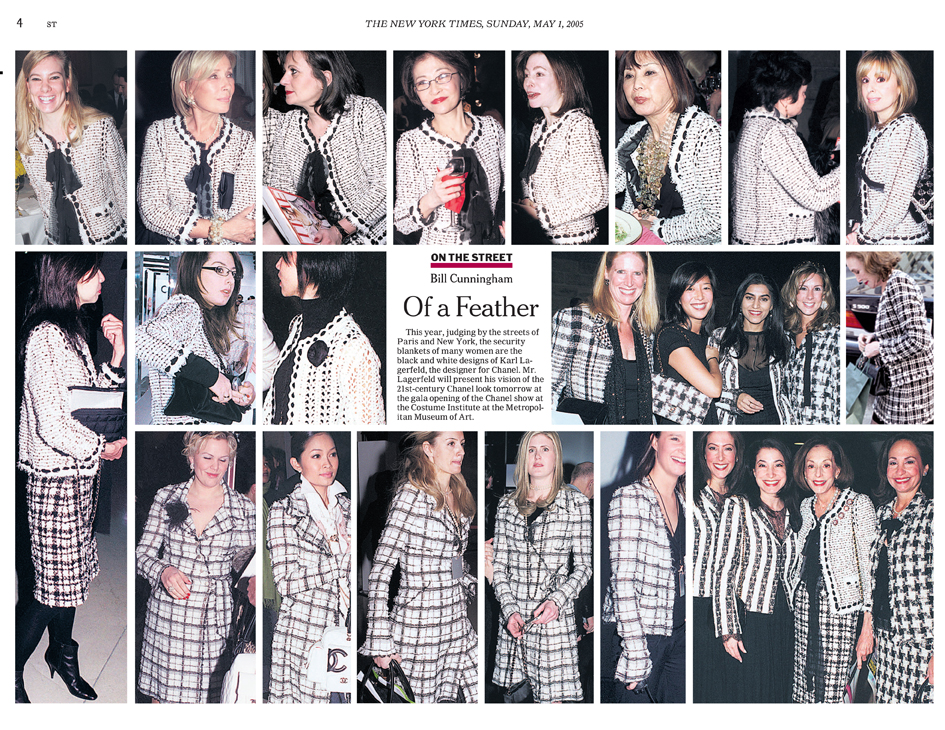 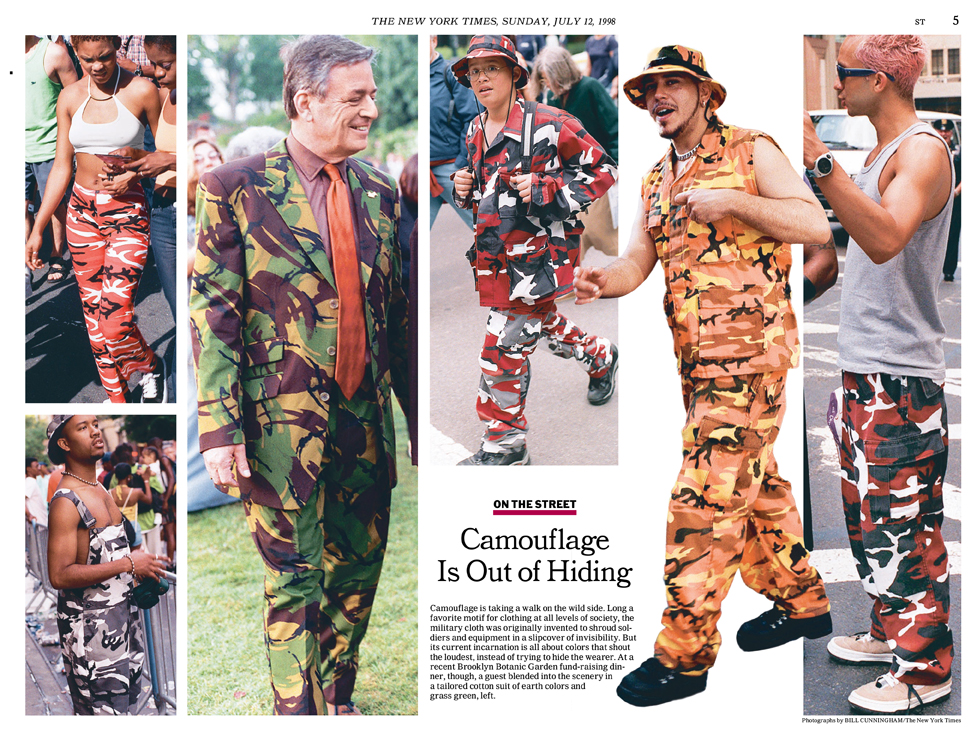 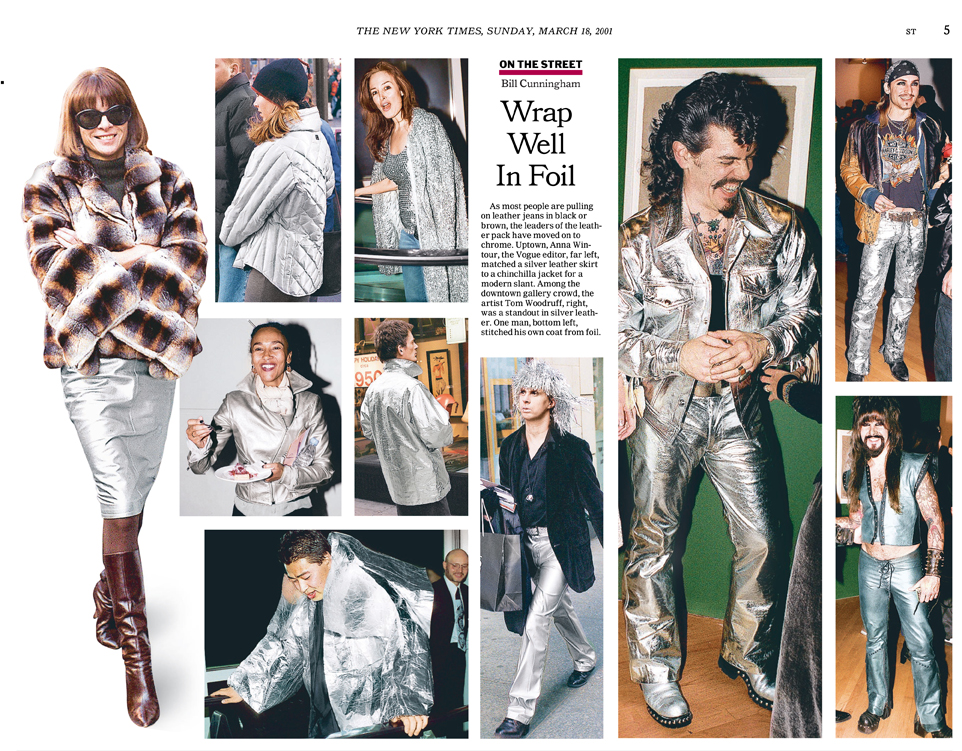 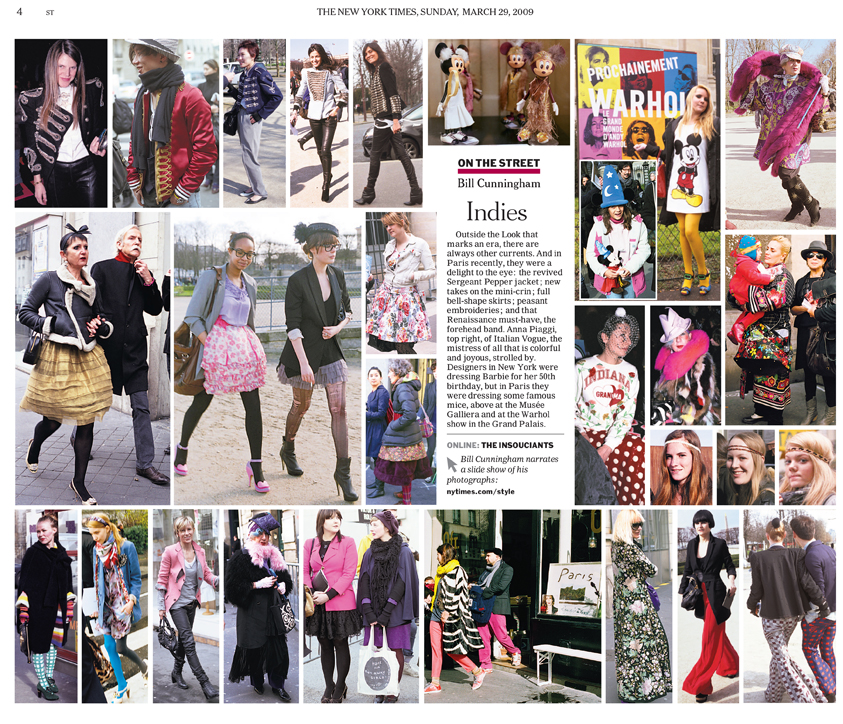 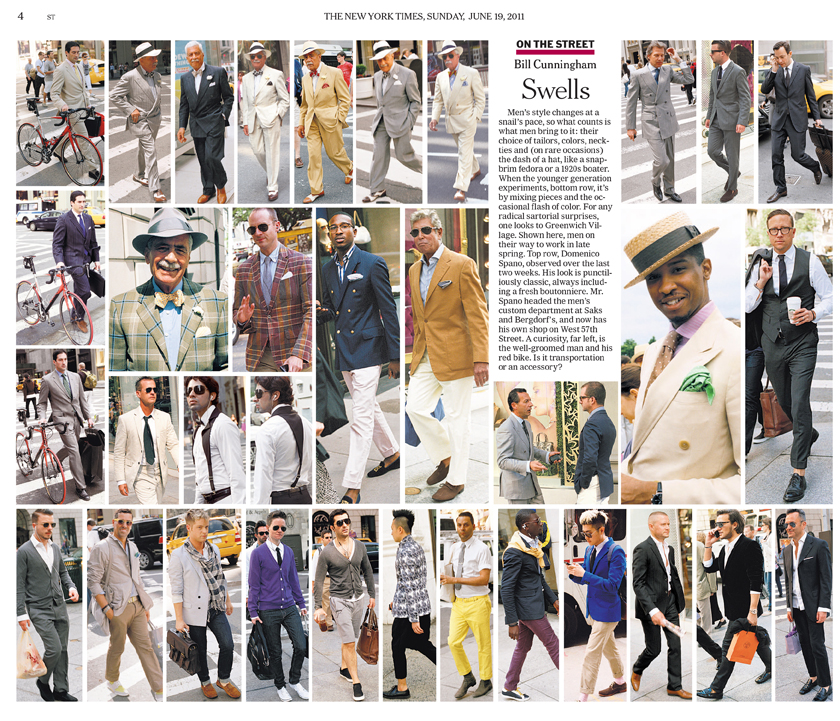 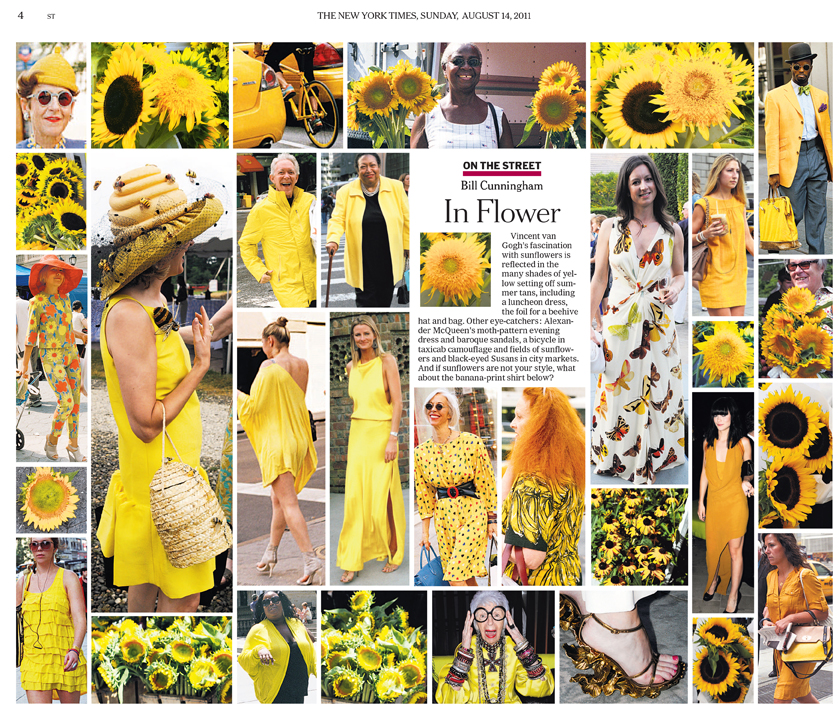 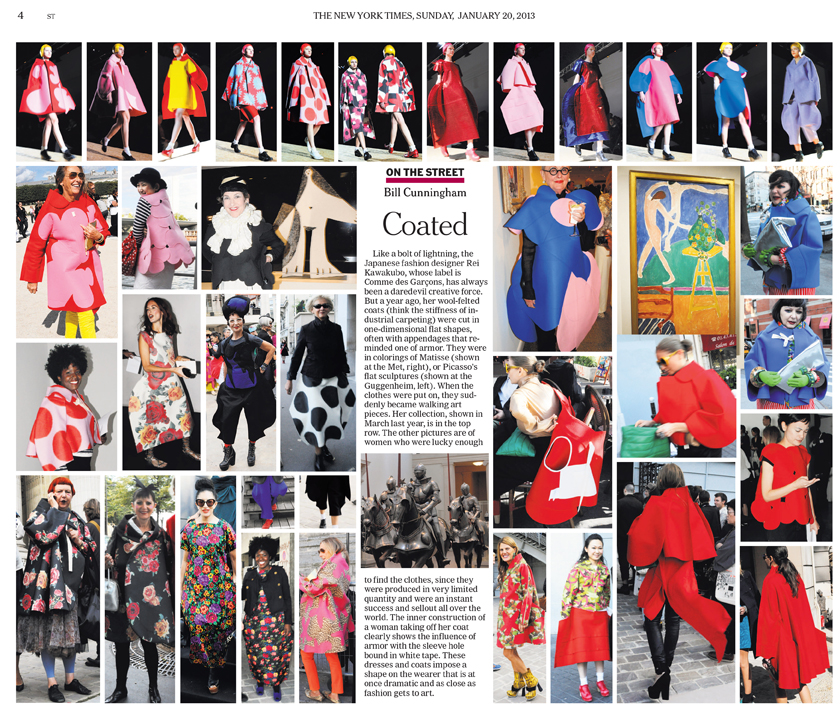 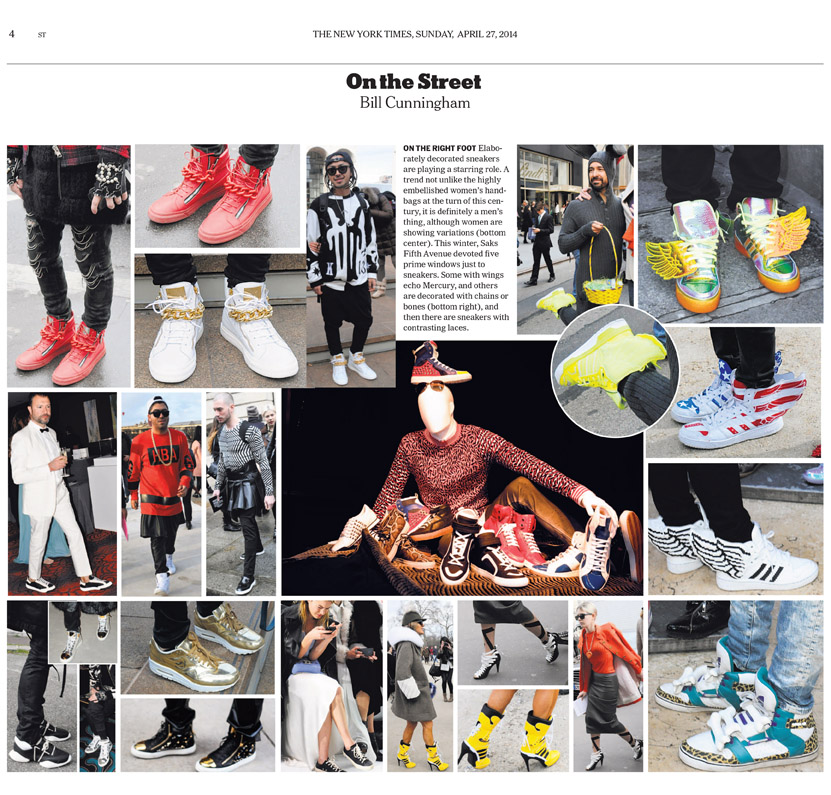 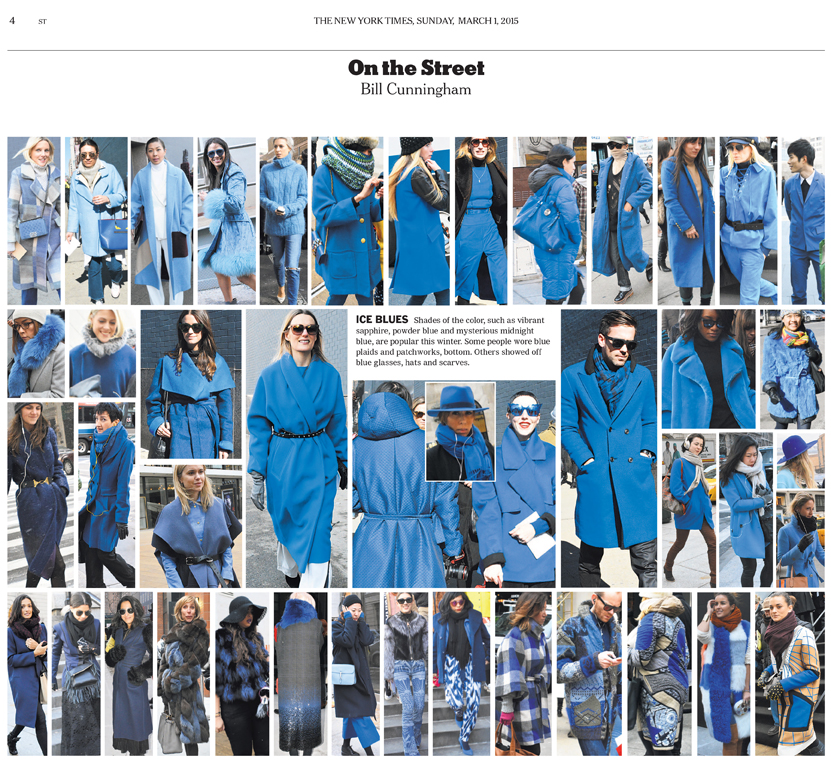