Edie Bresler: Based on a True Story by Aline SmithsonApril 16, 2018 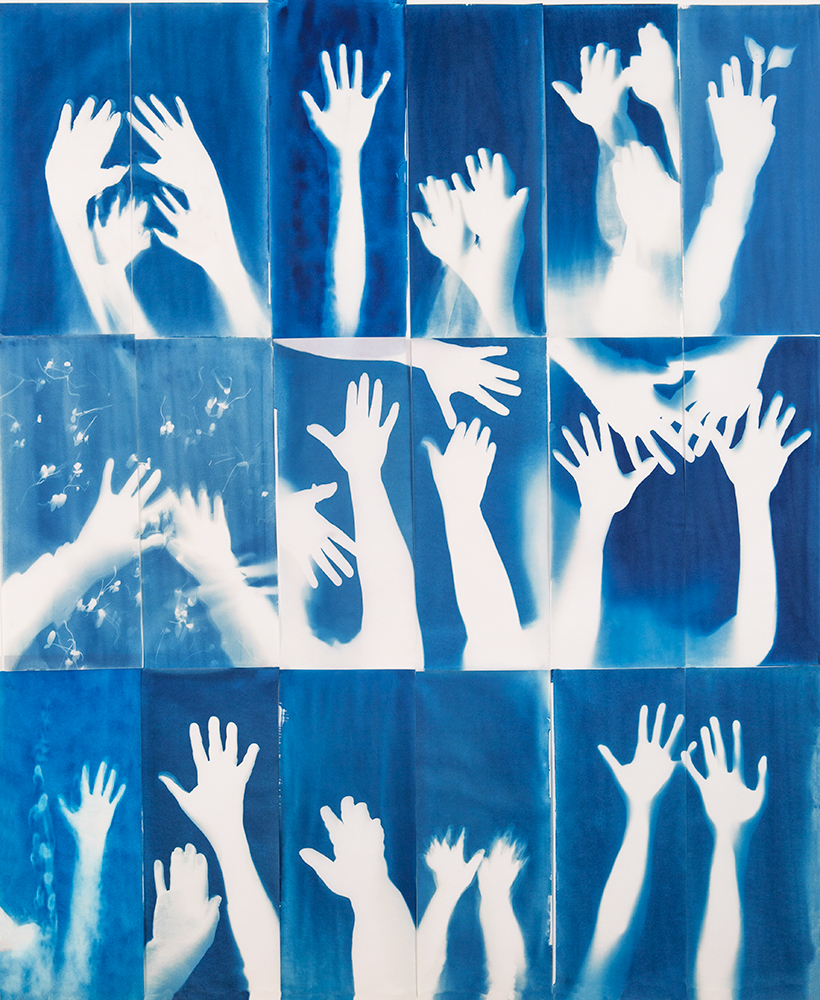 Photographic artist and educator Edie Bresler has an exhibition and site specific installation at Simmons College. The exhibition, Based on a True Story will be on view  until April 19 at the Trustman Art Gallery, located on the fourth floor, Main College Building, 300 The Fenway in Boston.

Sometime ago we featured Edie’s terrific previous project, We Sold a Winner, that examined the Massachusetts lottery system, but her new projects, Helping Hands and Anonymous, take her practice into whole new directions. The exhibition will include her “relational and cyanotype photography together with work that incorporates nineteenth-century anonymous photography of nudes digitally manipulated and clothed with embroidery by the artist.  These works incorporate the past, the present and the fantastical.”

The Helping Hands series uses the process of blue cyanotype, a photographic method without a camera. Created in a serendipitous fashion, Bresler relies on strangers to assist her by agreeing to pause for a few minutes to create a cyanotype of their outstretched arm and hand. The myriad of hands and their positioning are silhouetted white against the blue background, reaching upwards—ethereal and ghostly. They will be installed using the height of the gallery to evoke the traces of many participants.

A new series of work called Anonymous, arose from Bresler’s fascination with 19th century photographs of nude men and women. Her altered photographs play with time, expectations and unusually—the hand of the artist. She creates a fresh context for her re-photographed depictions of the figures. They also are given clothing, provided by her meticulous hand stitchery. 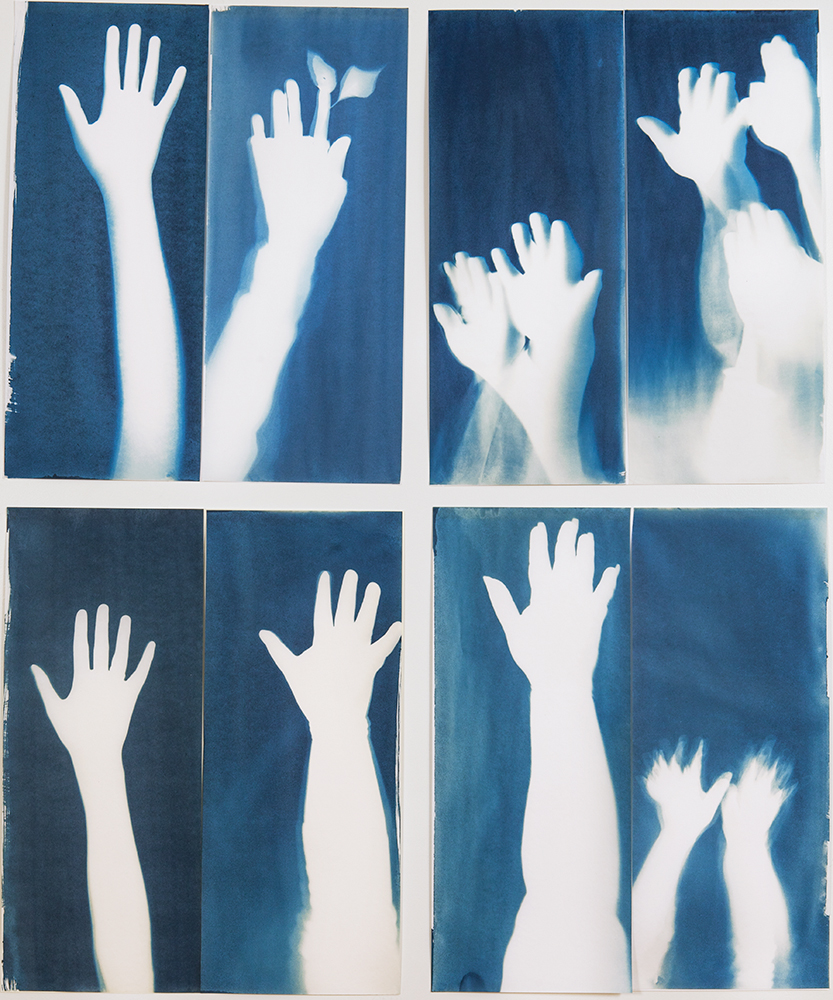 Edie Bresler is a 2017 recipient of a Massachusetts Cultural Council fellowship in Photography. Her photographs were most recently exhibited at Gallery Kayafas in Boston, International Photography Festival, in Pingyao China, and Davis Orton Gallery, and Photoville, in New York. Edie and her projects have been featured on Good Morning America and PBS Greater Boston as well as in Photograph Magazine, Slate, Photo District News, Business Insider, and Esquire Russia. Her work is part of permanent collections at the Houston Museum of Fine Arts, and the Danforth Museum of Art. Bresler has a BFA from the School of Visual Arts, NYC and an MFA from LUCAD, Boston. She lives in Somerville, MA with her son and is head of the Photography program at Simmons College. 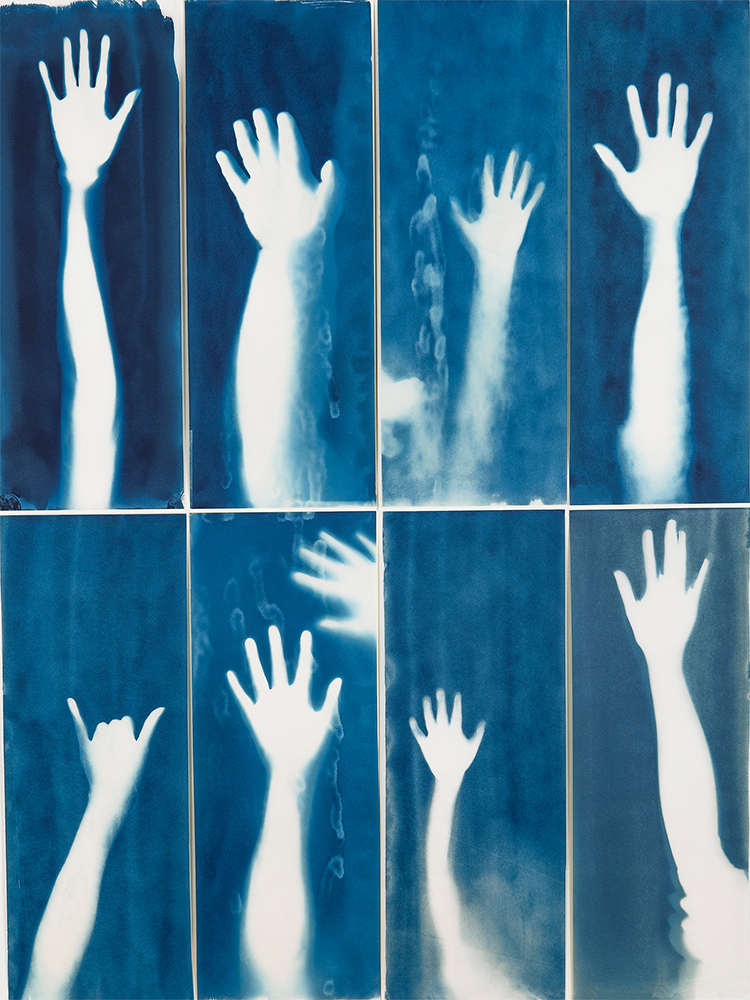 Helping Hands: A Work in Progress

Beginning July 2017, I set out across neighborhoods in Somerville, Cambridge and Boston with light-tight packages containing prepared sheets of vellum, coated with cyanotype emulsion. My intention was to make a light drawing of a connection with one or more strangers. A camera-less process, cyanotypes are made using sunlight, creating a silhouette of whatever or whoever is in direct contact with the light sensitive emulsion.

There were many refusals, but each time someone agreed, an awkward beginning metamorphosed into something unexpected and joyful. Depending on the time of day, the process needs 10-14 minutes. We told stories, jokes, shared worries and aspirations. Over one hundred people generously participated. Their outstretched arms form a trace of our connection as a community of “yes”. It made my summer.

This is my third project where I combine the medium of photography with social and collaborative actions.
– Edie Bresler 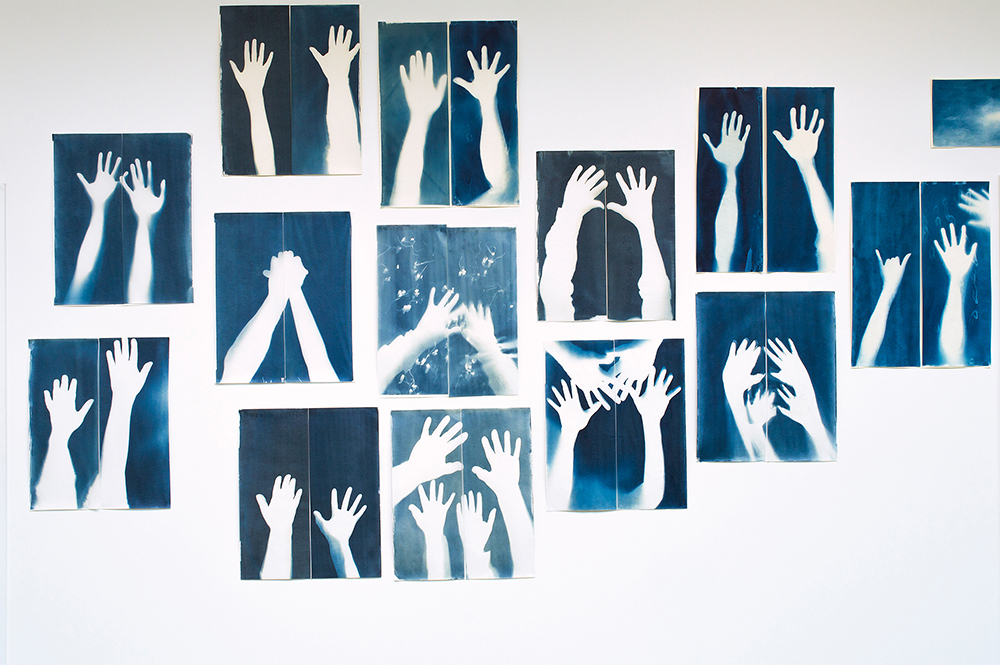 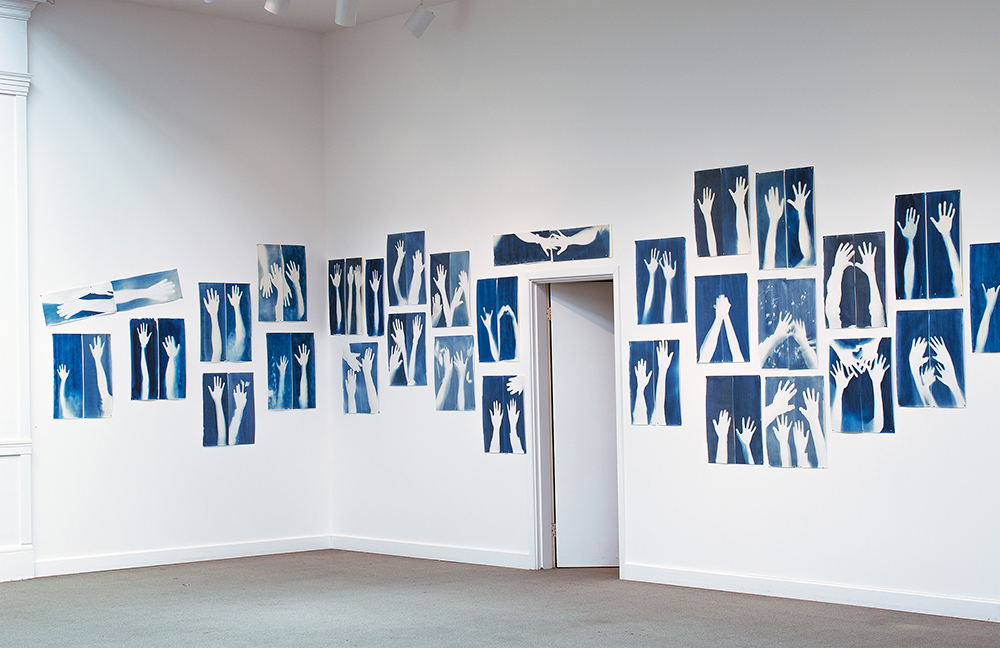 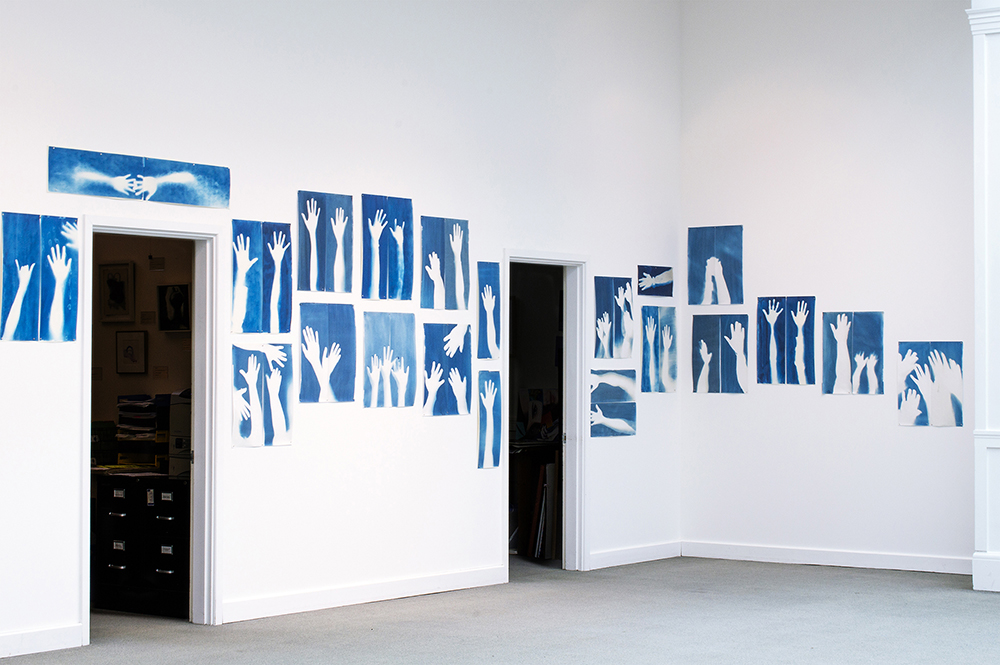 During a year-long illness, I spent more time looking at photographs in books than making them. A series of anonymous nudes from various sources, all made between 1843-1910 entered my consciousness and kept me restless. It was not just the finality of the title, “anonymous”, but wonder about the relationship between photographer and subject. I found myself dreamily inventing backstories. Is that a moment of intimacy or a fond remembrance in their gaze? I spent a lot of time imagining what they might have been like outside the photographers studio.

To satisfy my curiosity, I scanned the original reproduction to digitally remove them from the studio. Then printing on clear film I could photograph them against a window onto a landscape or combine the film with traditional darkroom processes such as blue cyanotype. Mirroring my own recovery, I started embroidering, sewing or drawing a costume or blanket as a gesture of renewal and second chances. This project is ongoing. – Edie Bresler 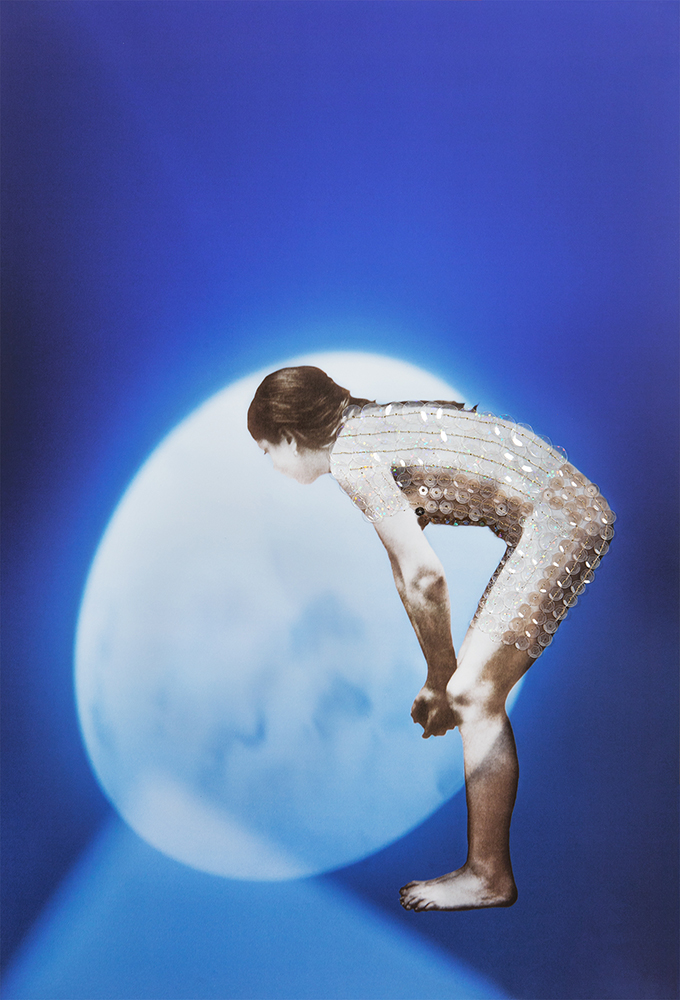 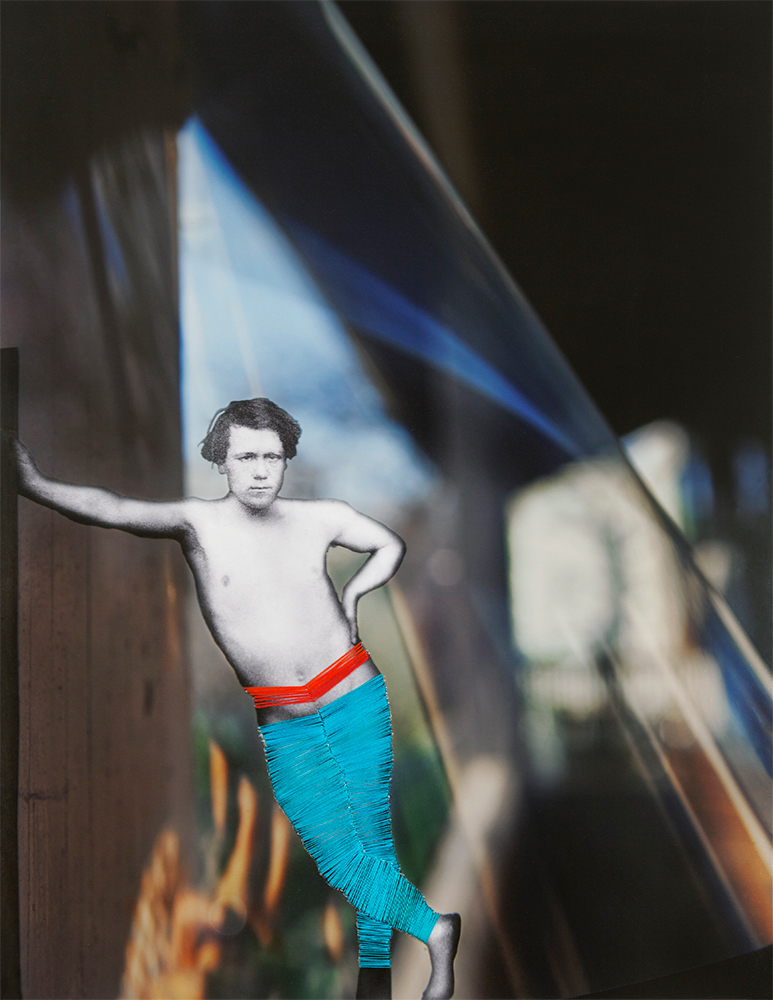 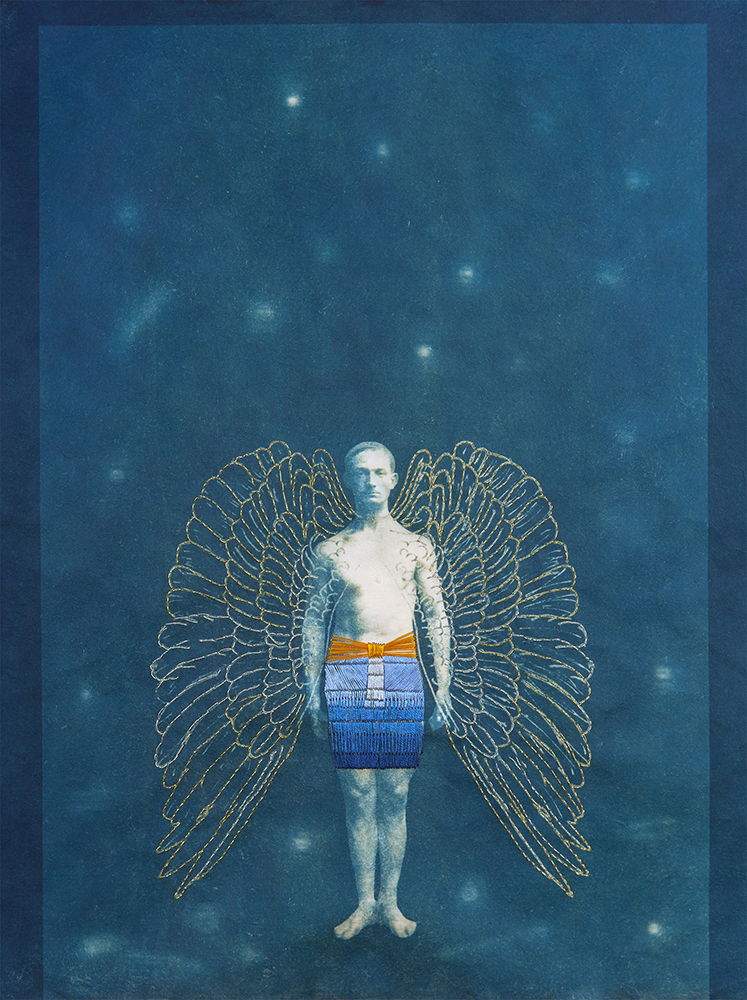 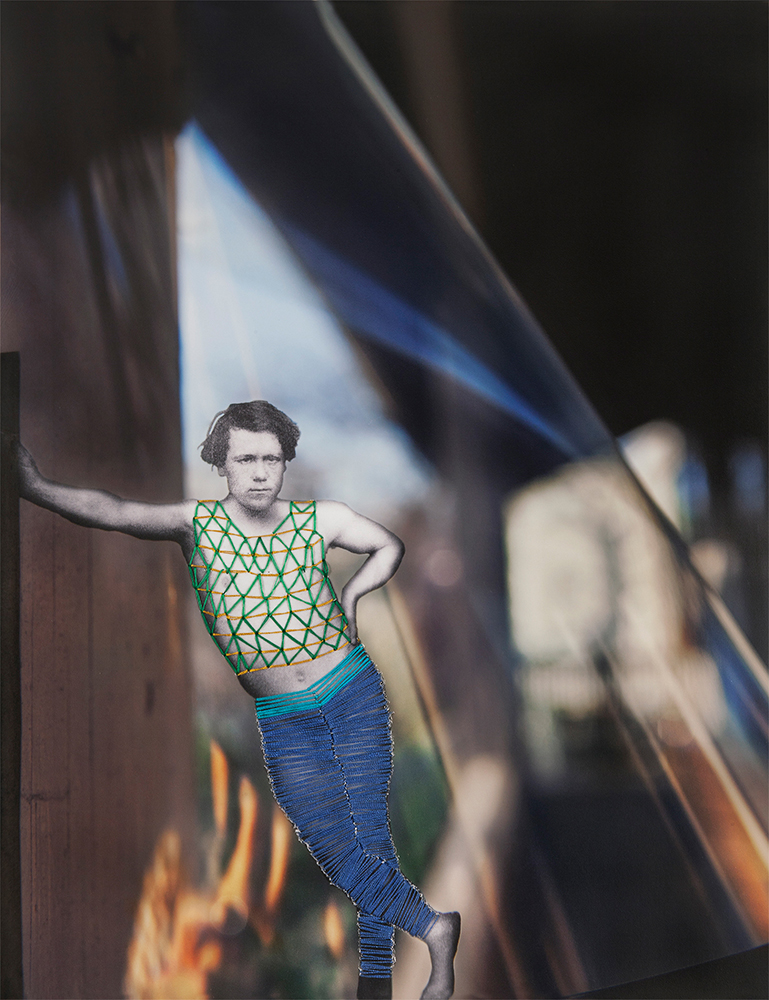 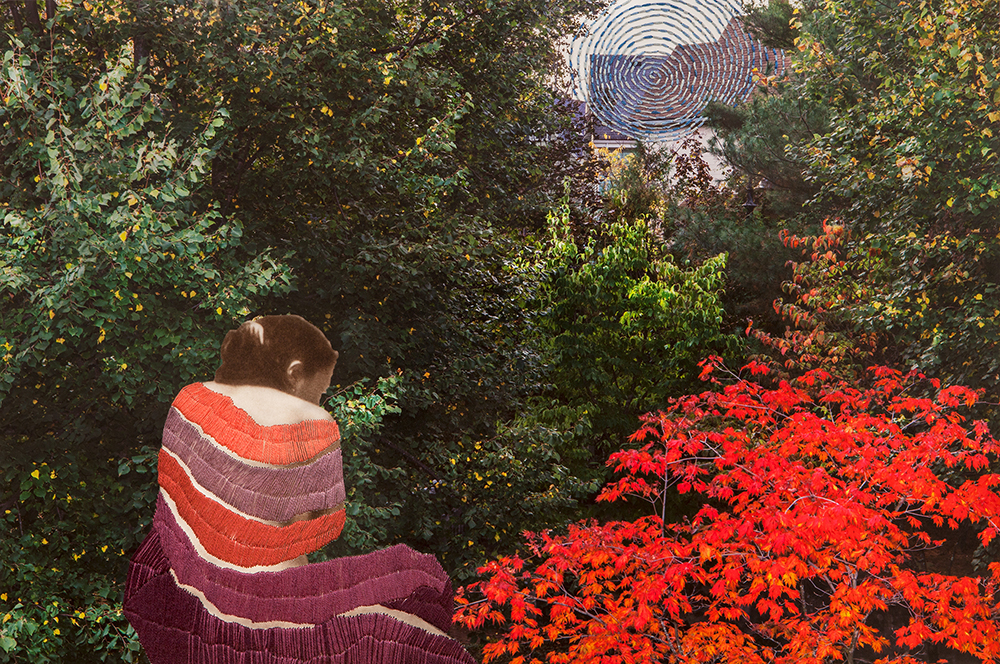 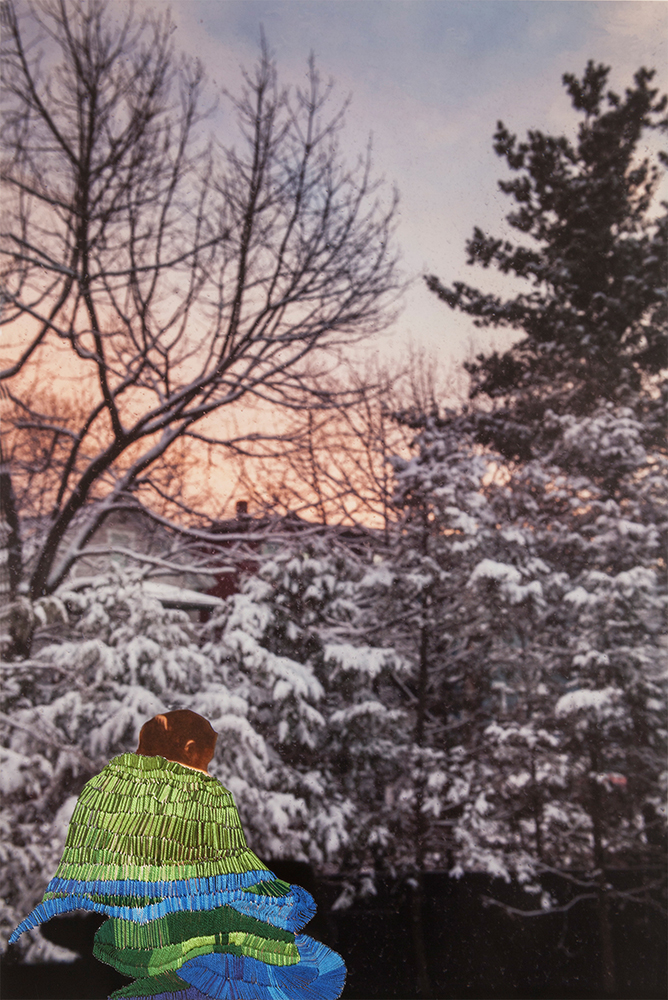 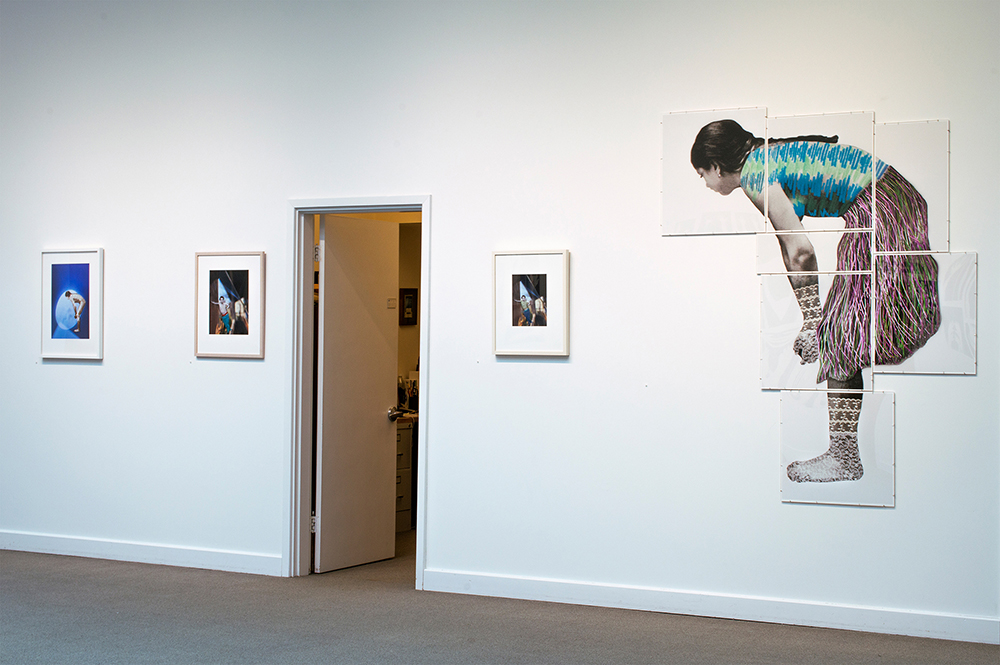