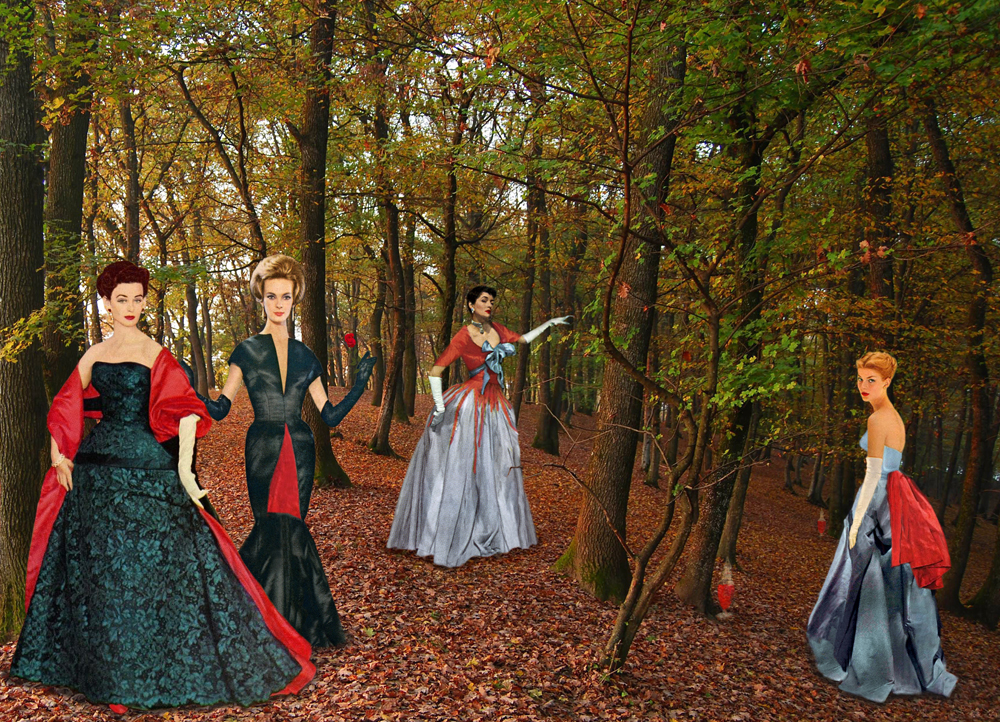 ©Nadine Boughton, Blood from Her Wherever

One of the taboo subjects in any arena is….well, menstruation. Nadine Boughton tackles the subject with humor and beauty in her new series, The Moddess Woman. Her project reexamines a 1950’s ad campaign for Modess sanitary napkins, a campaign that in truth had little to do with bodily functions and more to do with glamour and mystique. She re-imagines the ads with 21st century consideration, and with her unique ability to transform the past.  Nadine’s work has been well celebrated over the years, including a number of recent exhibitions. She has eight pieces in the current exhibit, Domestic Affairs: Domesticity, Identity, and the Home, at the Newport Art Museum, Newport, RI, running through May 6, 2018, her work is featured in Outspoken: Seven Women Photographers showing at the Rhode Island Center for Photographic Arts, Providence, RI, through April 13. 2018. Plus she will have images in the new book by Robert Hirsch, Light and Lens, Photography in the Digital Age, due out May 14, 2018, published by Focal Press.

Nadine Boughton’s background is in photography, having studied at Visual Studies Workshop, Rochester, NY; Lesley University, Cambridge, MA; and with Garry Winogrand. In recent years her focus has been collage, appropriating vintage sources to reveal the psychology, politics and polarities of both mid-century and contemporary culture.

She was selected for the Photolucida Critical Mass “Top 50” in 2011, 2013, 2014 and 2016. Her work has been exhibited widely including UPI Gallery, Brooklyn, NY; Candela Books + Gallery, Richmond, VA; JoAnne Artman Gallery, Laguna Beach, CA; Newport Art Museum, Newport, RI; Griffin Museum of Photography, MA and GuatePhoto in Guatemala. She was an IRIS lecturer at The Annenberg Space for Photography, Los Angeles, CA. Her work is represented by Trident Gallery, Gloucester, MA and is collected internationally.

Nadine grew up in Rochester, NY under the shadow of George Eastman’s Kodak Tower. She currently lives and works in Gloucester, MA. 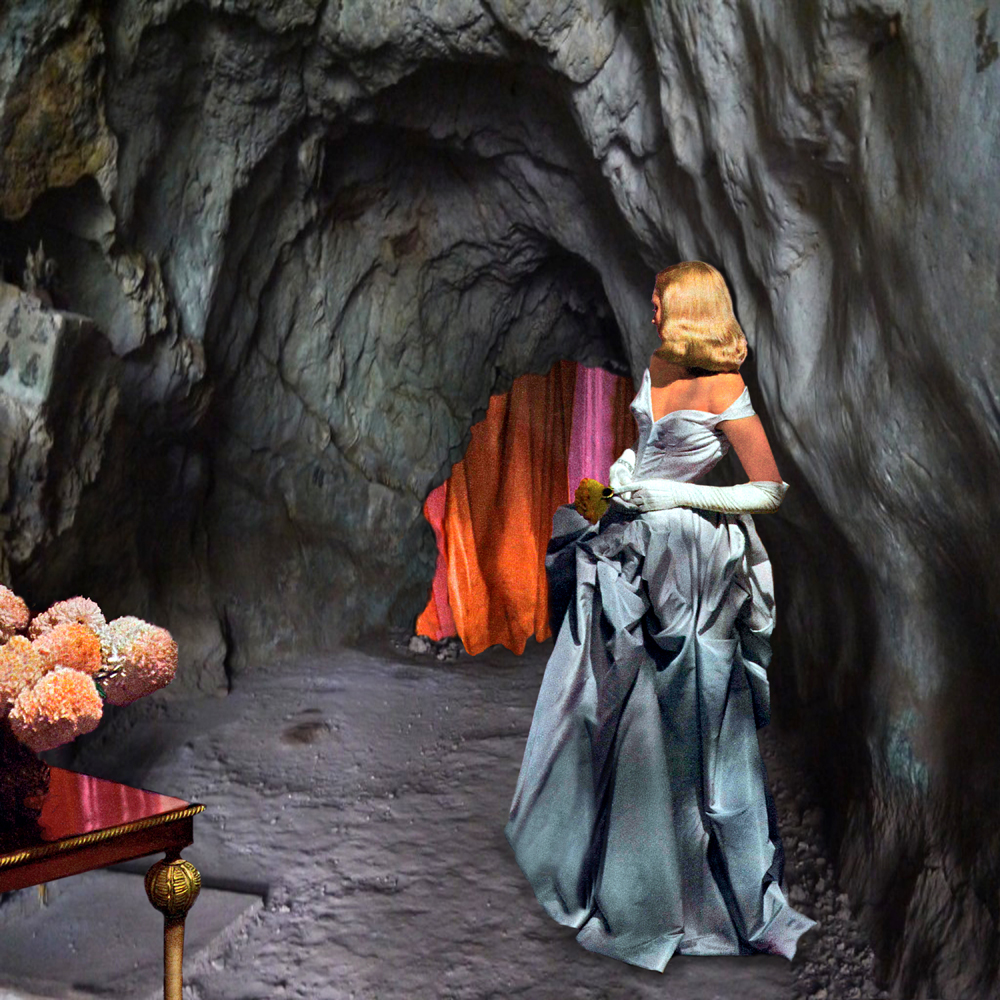 Women draped in haute couture and posed in aristocratic settings were the face of a wildly successful ad campaign that peaked in 1950’s magazines. The product was Modess sanitary napkins, with the popular by-line, “Modess…because.” These images of women were as far away from the body and bleeding as possible, in a word, “sanitized.” This collage series is meant to reclaim women’s bodies especially in these politically charged times when women’s rights are challenged, and ownership of one’s body is up for “grabs.”

My first impulse with the Modess women was to take them to the woods. I placed them on the earth and in caves, incorporated symbols long associated with the feminine – the egg, moon, shell. Art-making for me is a ritual of transformation. In this series I wanted to release shame in the body and bow to the power of the female body as transformer. The unexpected gift in this process was rediscovering the power of elegance, the power in the way women held yin energy in the body. So the work also became an honoring of what was powerful in that time and some of what we’ve lost.

I watch the new marketing of feminine products and portrayal of women in advertising with interest. Now, millennials employ the archetype of the female warrior, calling upon strength, fight, blood. The pendulum swings. 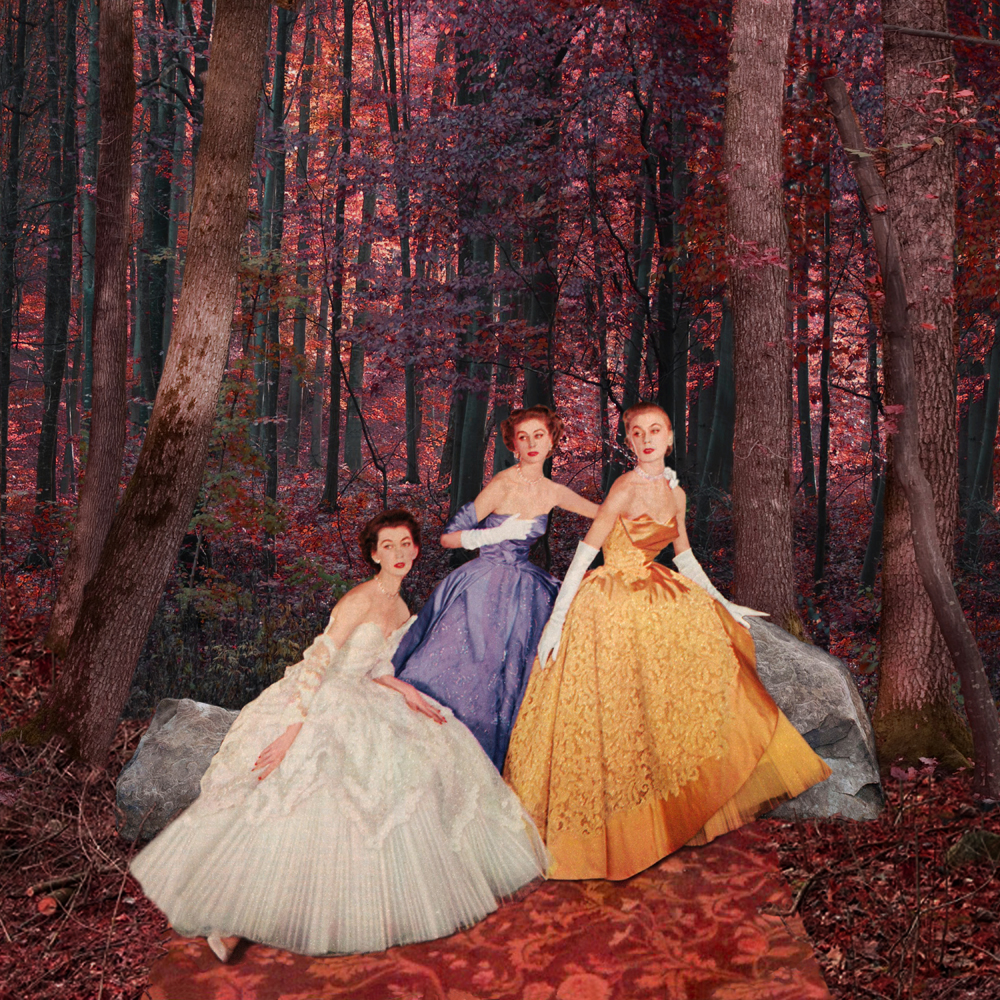 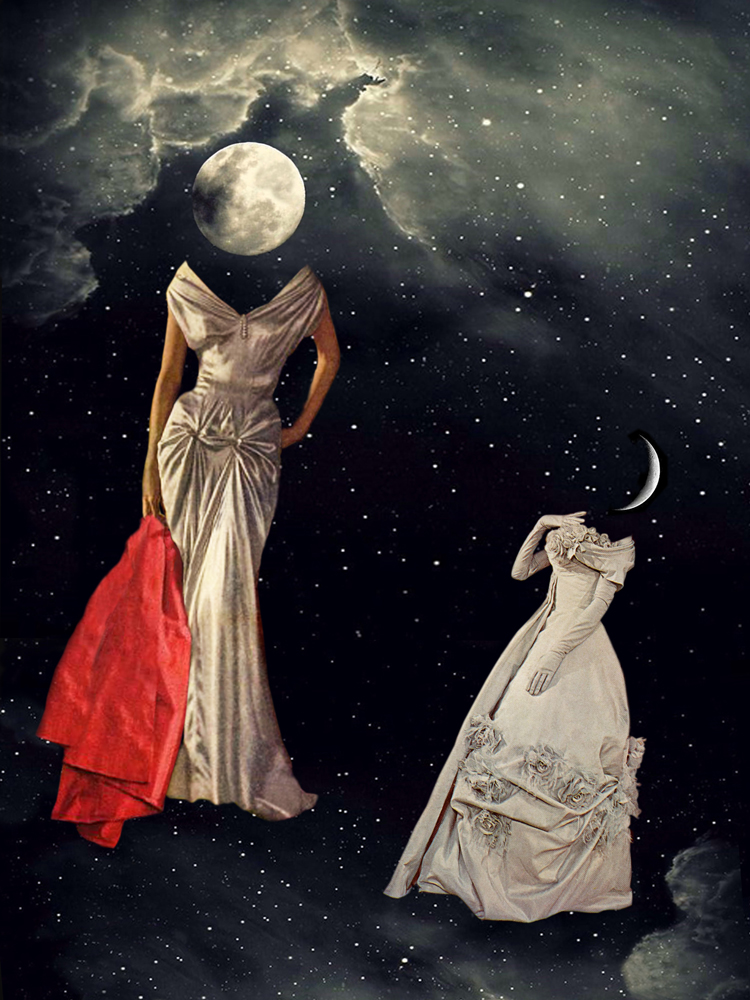 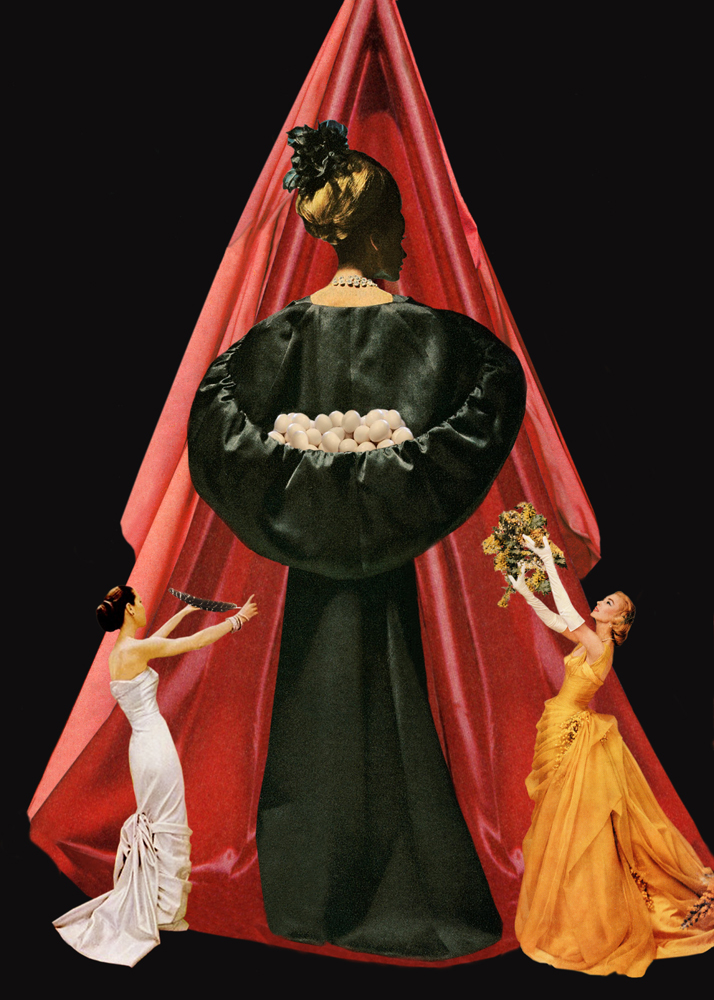 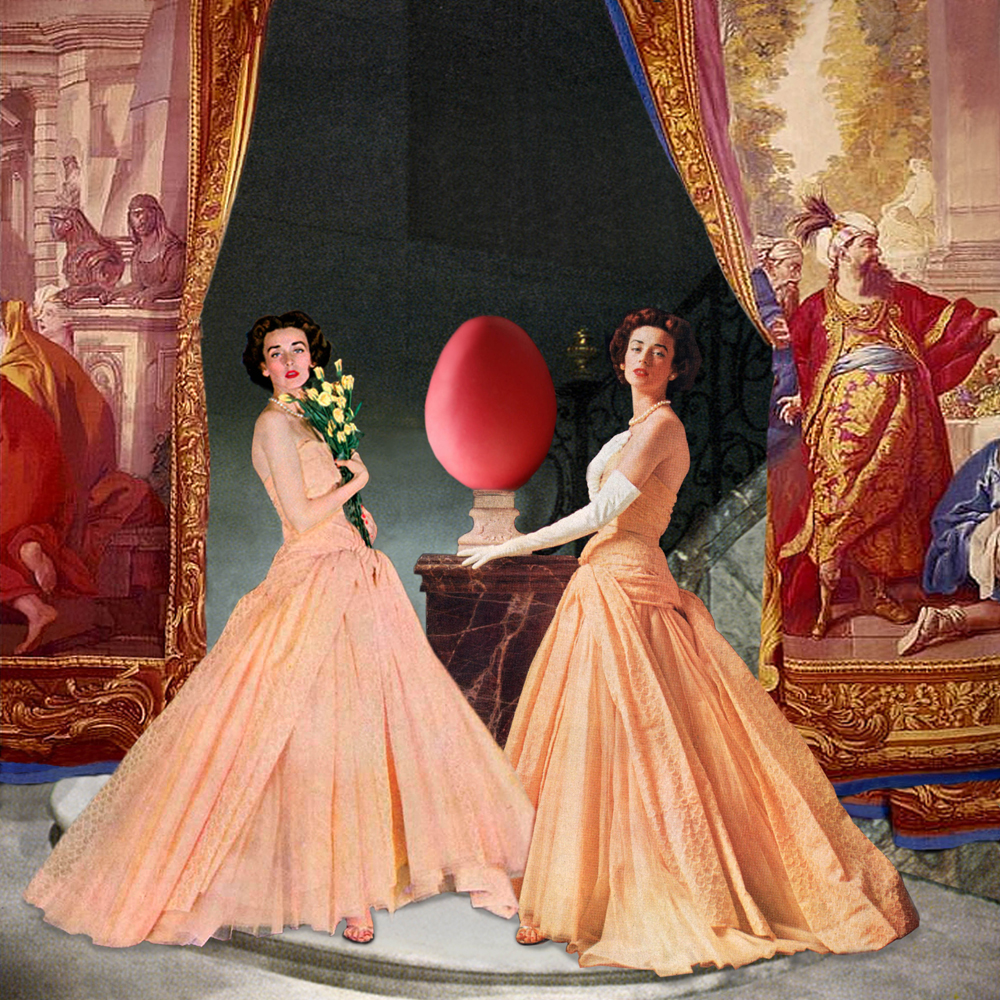 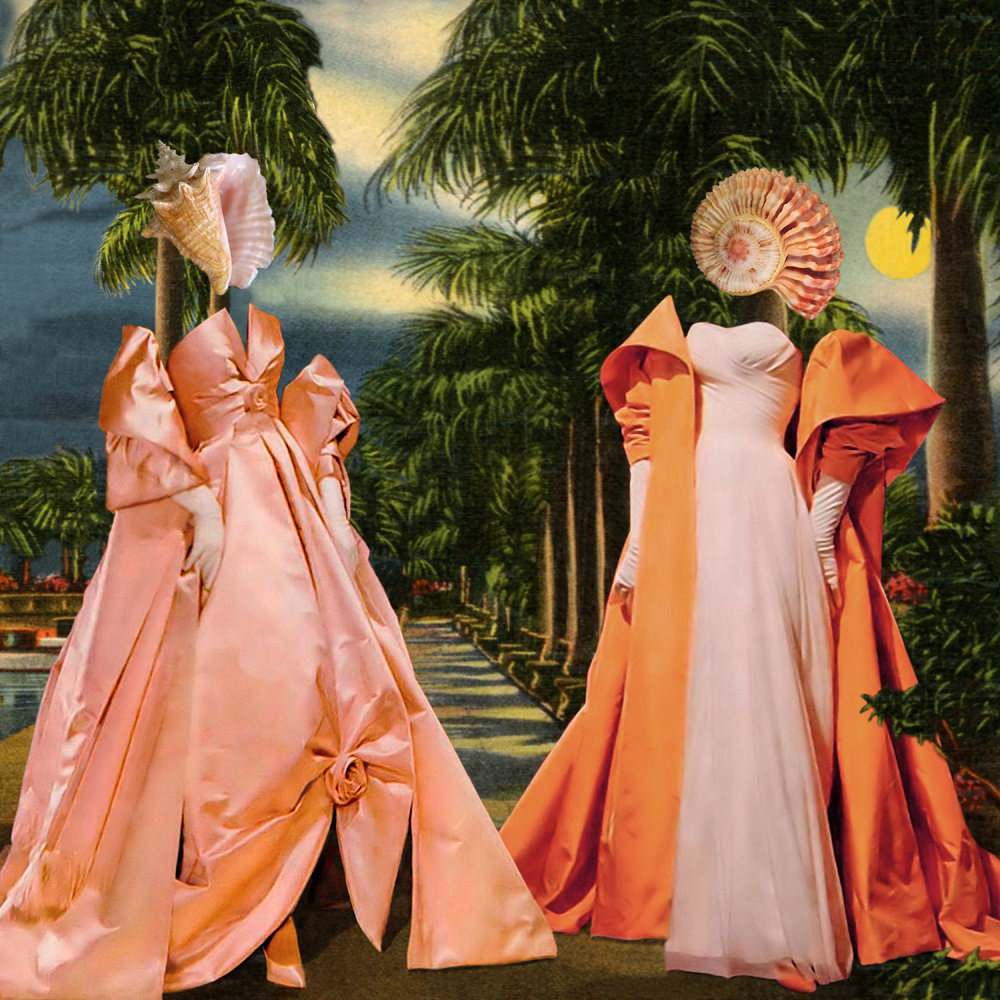 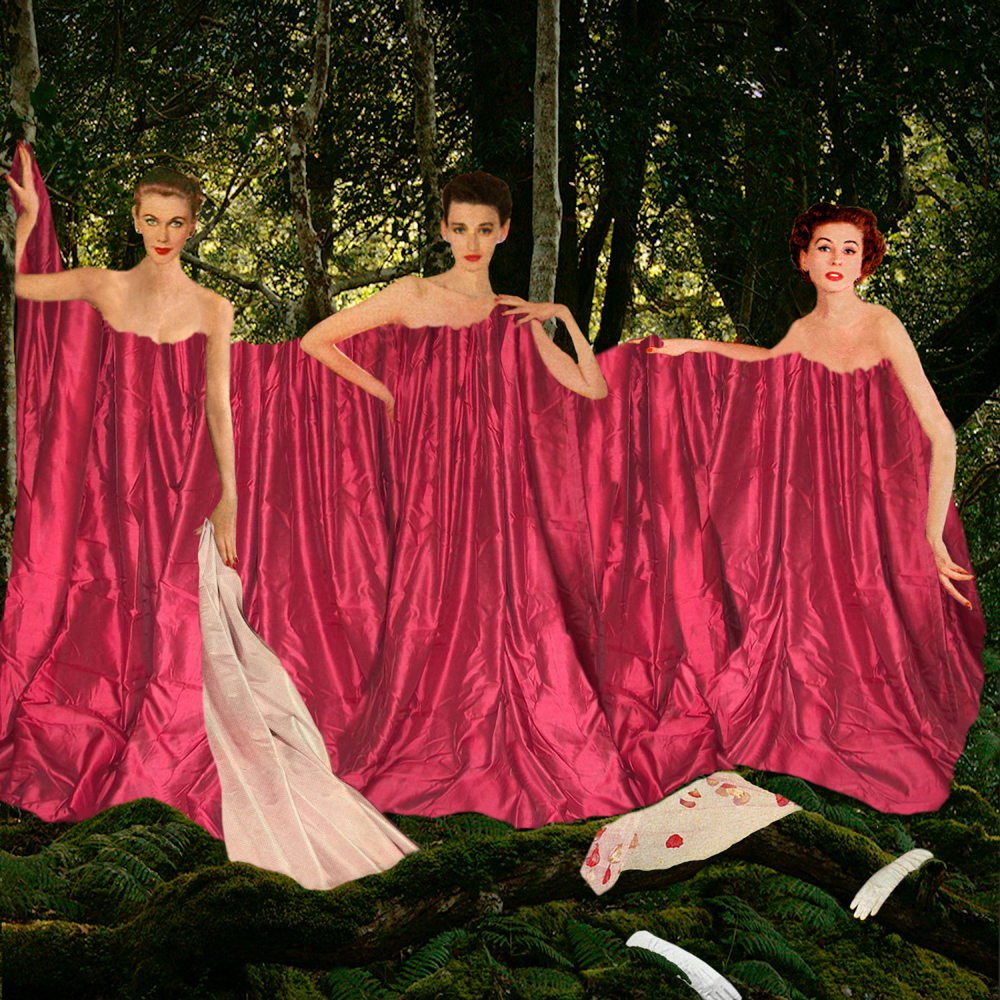 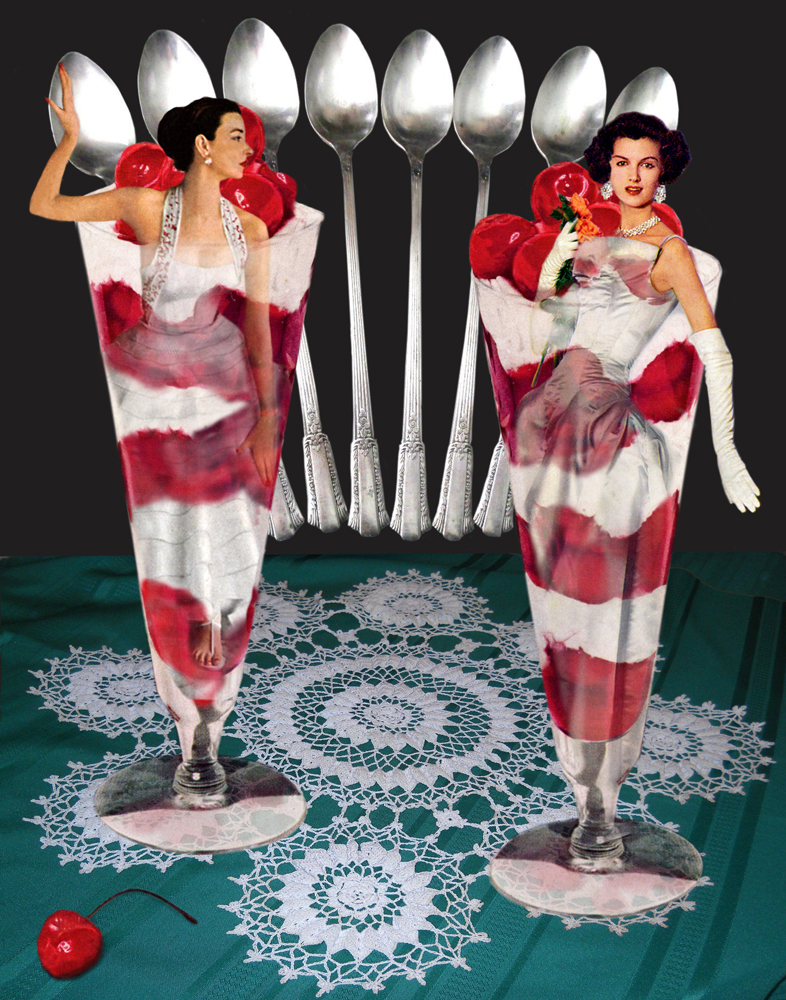 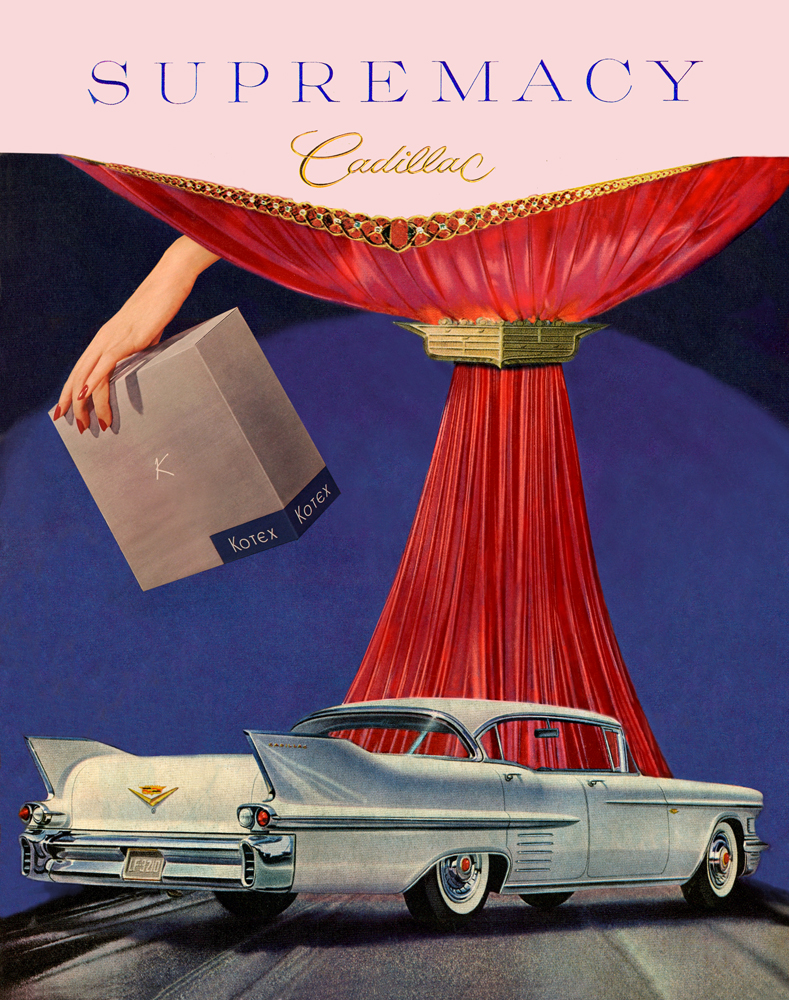