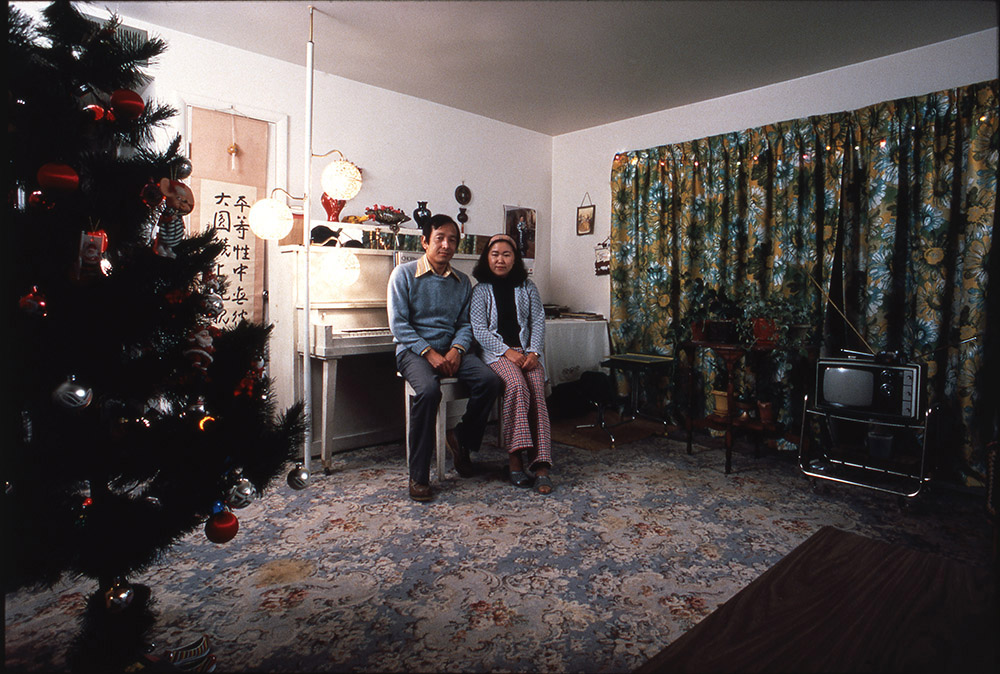 This week, as families packed up their SUV’s and hit the highways or dragged car seats and sticky fingered young ones onto a completely packed planes, to head off to the idea of home and family, and offer thanks for being Americans, I thought it was a good day to share to work of photographer James Payne.  Since 1976, he has been photographing families in their own environments, for his project, American Portraits. To date, he has created 365 portraits over 42 years.  He began the series while living in an apartment complex in Southern Illinois. All units in the complex shared the same floor plan and they all had white walls — painting the walls was prohibited (though some tenants did). He noticed how uniquely the inhabitants configured their environments. Their personalities and values became revealed within these differences. He later moved to Los Angeles and has continued his efforts over the years. This wonderful vernacular collection of decor, lifestyle, dress, and behavior is an amusing and poignant look at Americans simply being themselves behind closed doors.

What makes this work so unique is that these are 3-D portraits. As he states about the 3D presentation, “Viewing devices permit the 3D effect of the color transparencies, allowing the viewer to feel as if they are actually immersed in the subjects habitat; able to experience the ambiance, the scattered personal minutia on the coffee tables, the choice of attire, and their ideal self-portrayal.” The images are also available as 2D prints.

An edited selection of James’ work will be traveling to cities including  Austin, TX; Phoenix, AZ; and San Diego, CA as well as other cities beginning Spring 2019 in a show curated by Wonderspaces Inc. 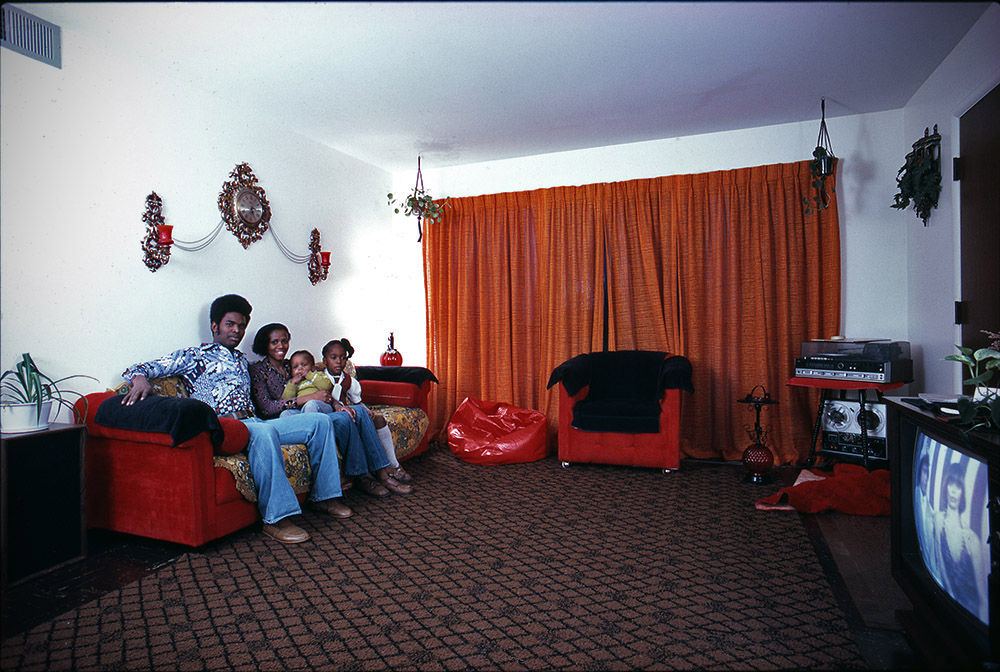 James Payne’s interest in photography began in childhood and became the focus of his creative work while attending Southern Illinois University. After exploring a wide range of approaches, a trip to New York City in 1976 led to his decision to forego the many manipulative techniques in vogue at that time in favor of straightforward camera capture, in natural color. Discovering images instead of creating them became his signature approach. He earned a degree in Cinema and Photography, concentrating on still image capture, in 1977.

The ongoing American Portraits project, comprising hundreds of 3-D photographic images, began in 1976 as a documentation of the differences of the occupants of one particular apartment block in Payne’s Southern Illinois neighborhood. The apartments in this building had identical lay-outs, yet Payne was struck by the singular way in which each tenant had personalized their space.

While today’s portraits continue to be shot in a style consistent with the first images, the scope of the project has expanded. As Payne has relocated and traveled the project has moved beyond the original apartment house to include people and interiors in other parts of the country, such as Chicago, Phoenix, Los Angeles, St.Louis, San Francisco and New York City.

The images are authentic and direct, capturing the subjects in their home environments in poses of their choosing. Payne has specifically opted not to suggest a pose or location, understanding that, if left to their own devices, people will reveal something about their individual tastes, values and connections. These personal histories and the addition of the passage of time comprise the focus of the project.

The historical significance of the project, as manifested outwardly in evolving wardrobe choices and interior design trends, is celebrated and emphasized by displaying the images in chronological order. The macramé plant hangers, shag rugs, and bell bottoms of the late 70s slowly morph into 80s out sized shoulder pads, big hair and mirrored interiors, and disappear almost entirely by the 90s. More than 40 years of images flow seamlessly into and out of varied cultural climates, offering a vivid pictorial recounting of an ever evolving national narrative.

Interaction with the series of portraits allows the viewer entry into an intimate visual record, one that transcends the broader sociological, political, and economical norms that generally form the basis of our thinking about History. Payne’s project offers us a version of the last 5 decades of our collective story that is populated with hundreds of individuals in time-capsule like environments of their own making: a collective picture of the way in which we move, as Americans, through time. 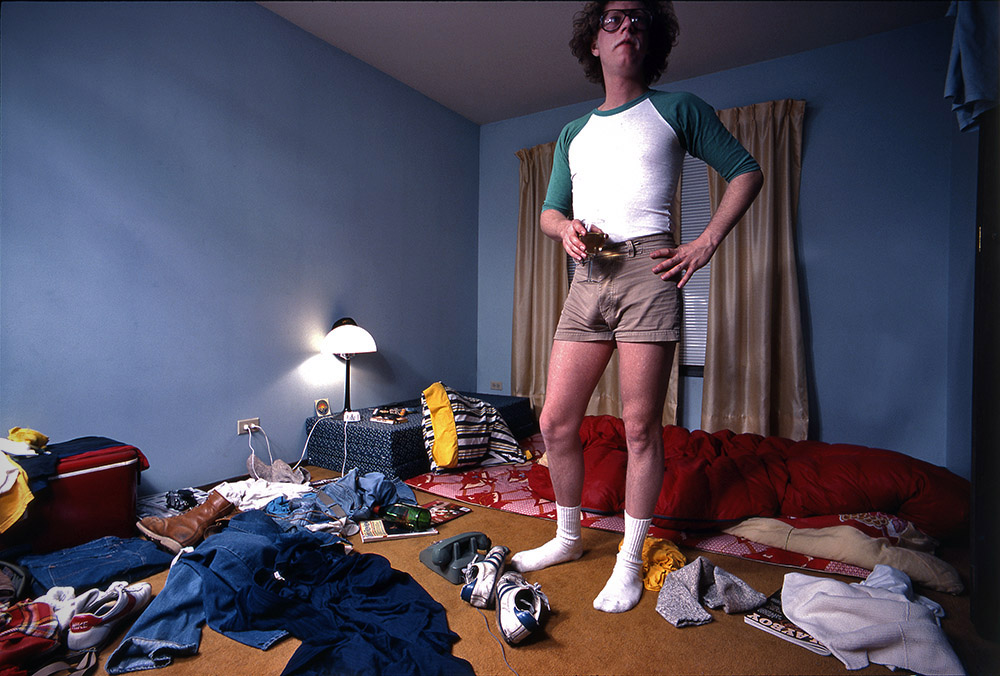 American Portraits is a 3D photographic record of the geographic, economic and lifestyle choices of the people in the images. What originally began in 1976 has expanded to include my peer group in the many places I have lived and worked. I have been based in Los Angeles since 1981.

I ask my subjects to choose their own settings and pose in their natural environment. I avoid giving direction to not affect their conscious or unconscious projection of how they see themselves. Some people present themselves formally, others dress in costume. Some create a dramatic image, others present their everyday environment. Some images are very honest; others are aspirations.

My goal is to reveal the personalities of the people I photograph within the unique historical and social milieu they inhabit. The immersive quality of the images makes the viewer feel as if they are in the room with the people photographed. The duration of the project adds one more dimension, which is time. The images from the 1970’s capture people in bell bottoms with their shag rugs; the 1980’s are much more minimalist; the 1990’s reflect the economic and social changes of that decade. More recent images are hard to analyze yet, we are still absorbing the cultural shifts and trends that we are living through.

Now in the 42nd year of documenting, I have completed more than 365 environmental portraits. I intend to continue this project indefinitely. – James Payne 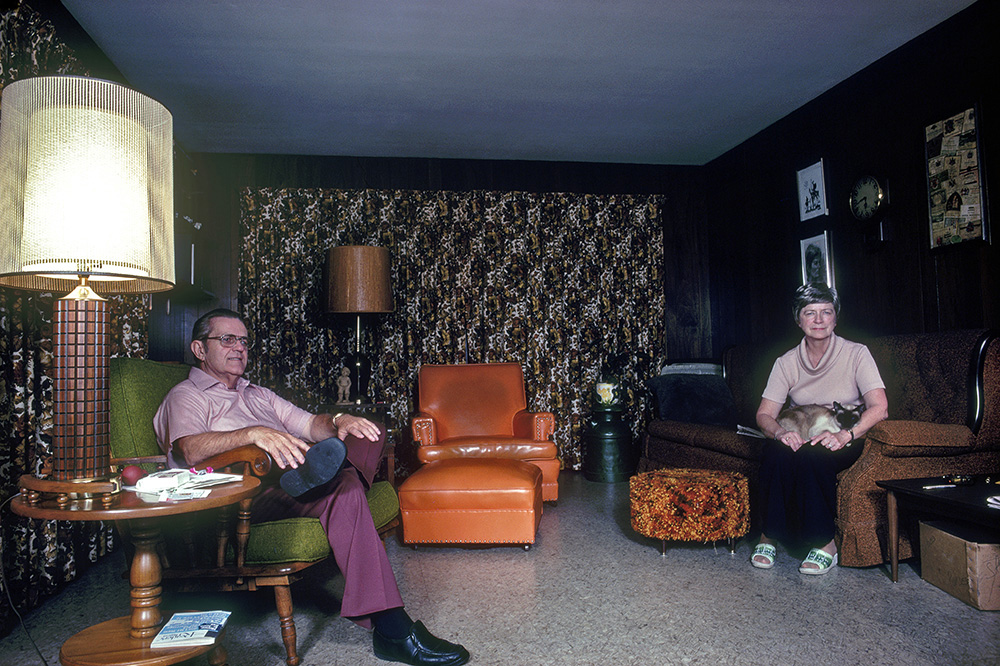 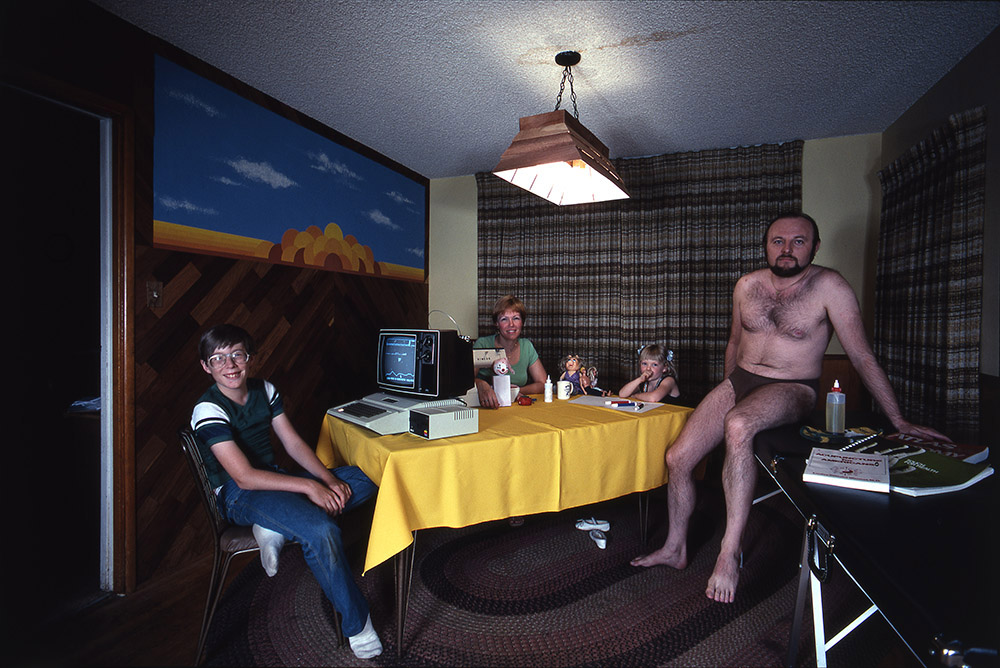 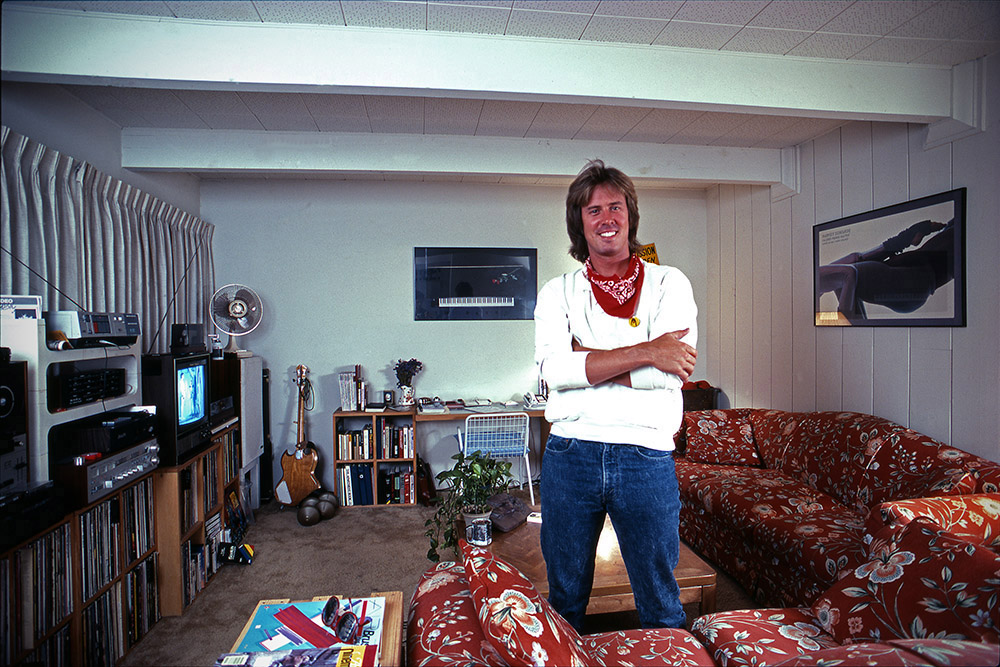 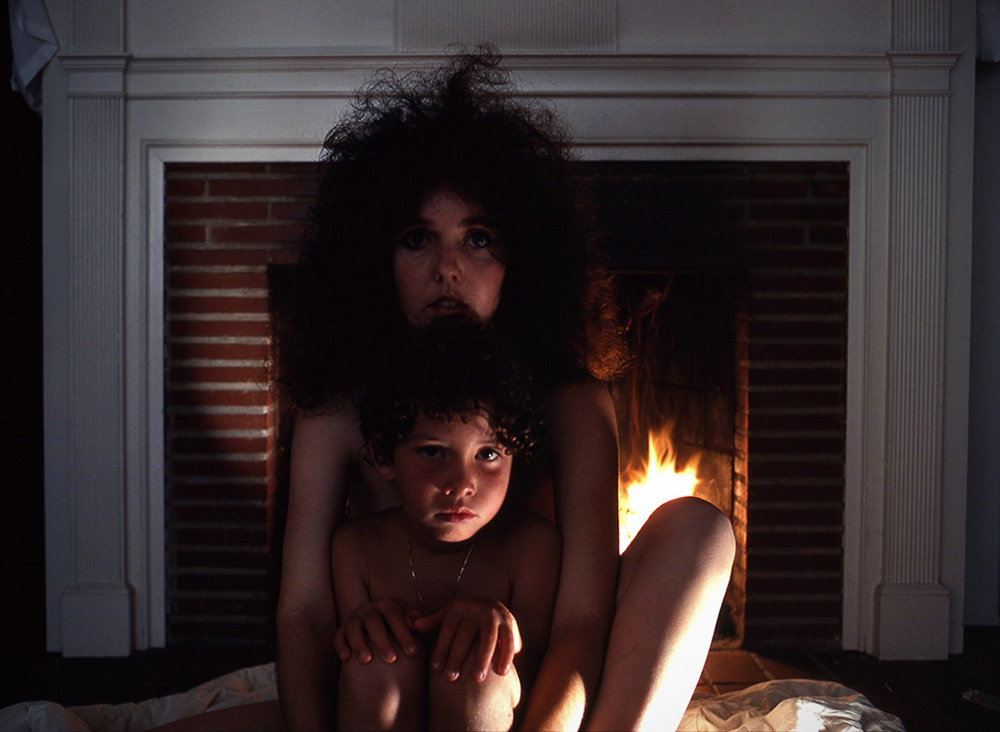 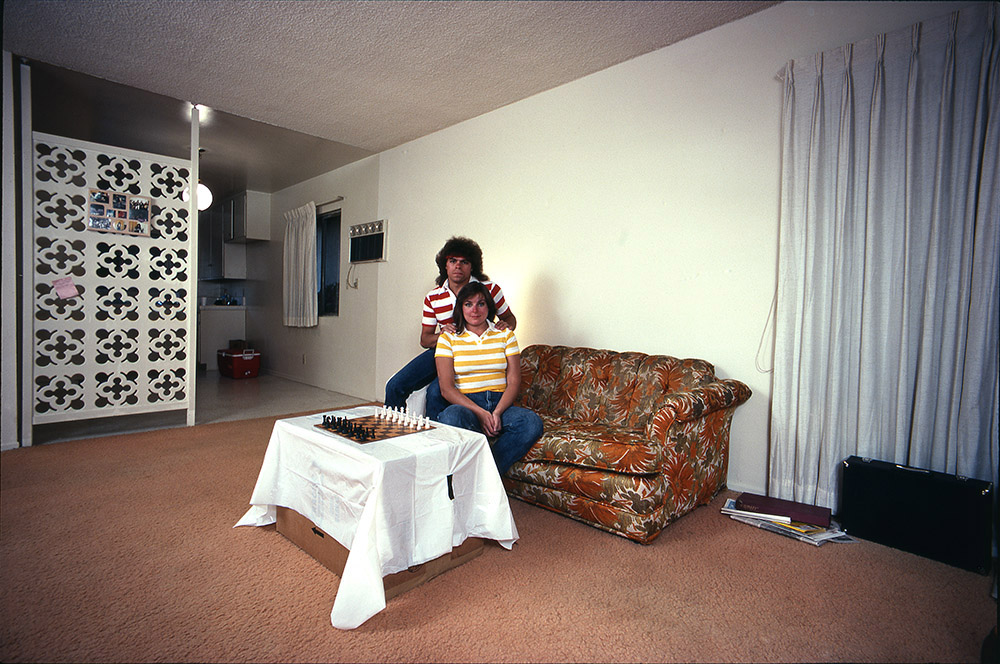 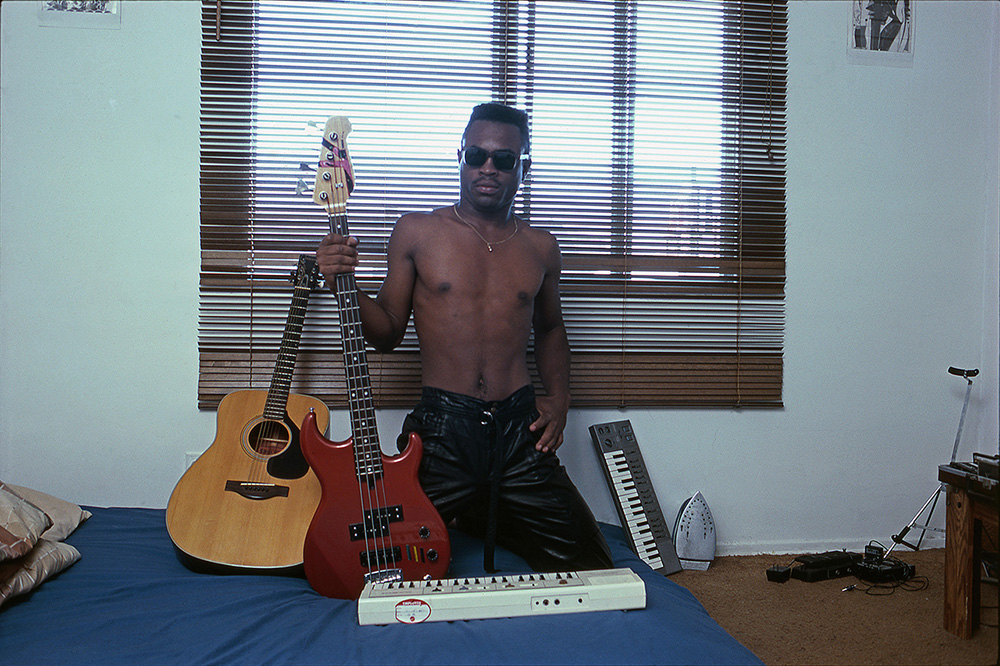 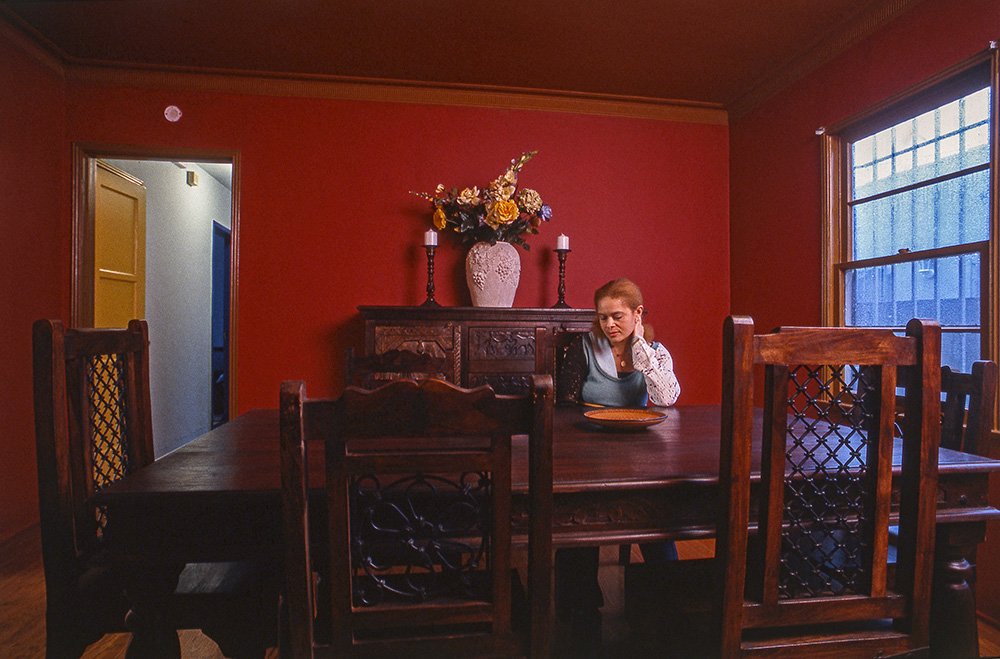 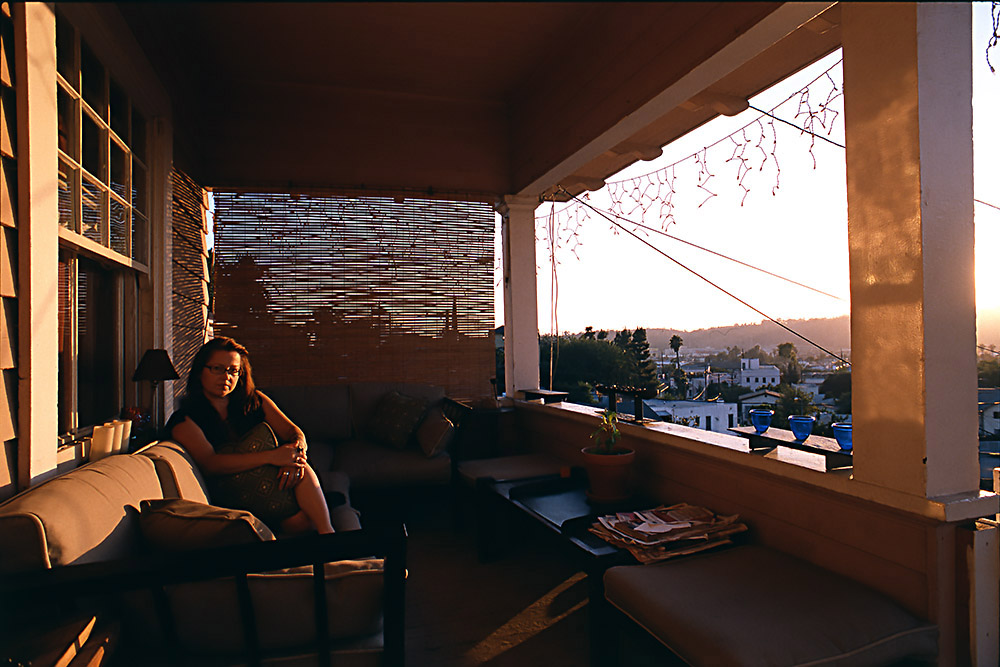 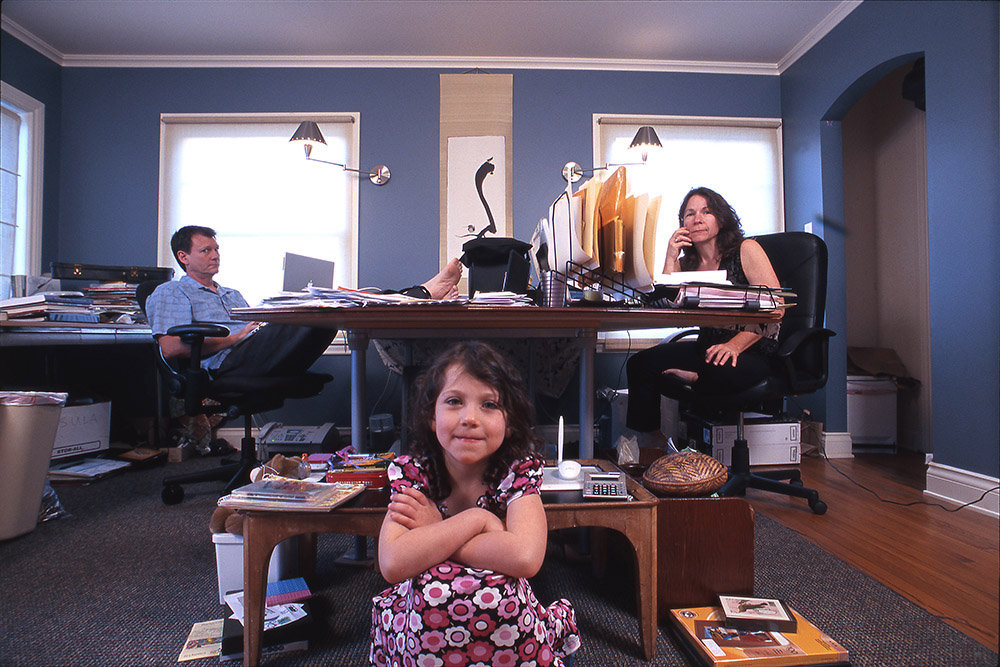 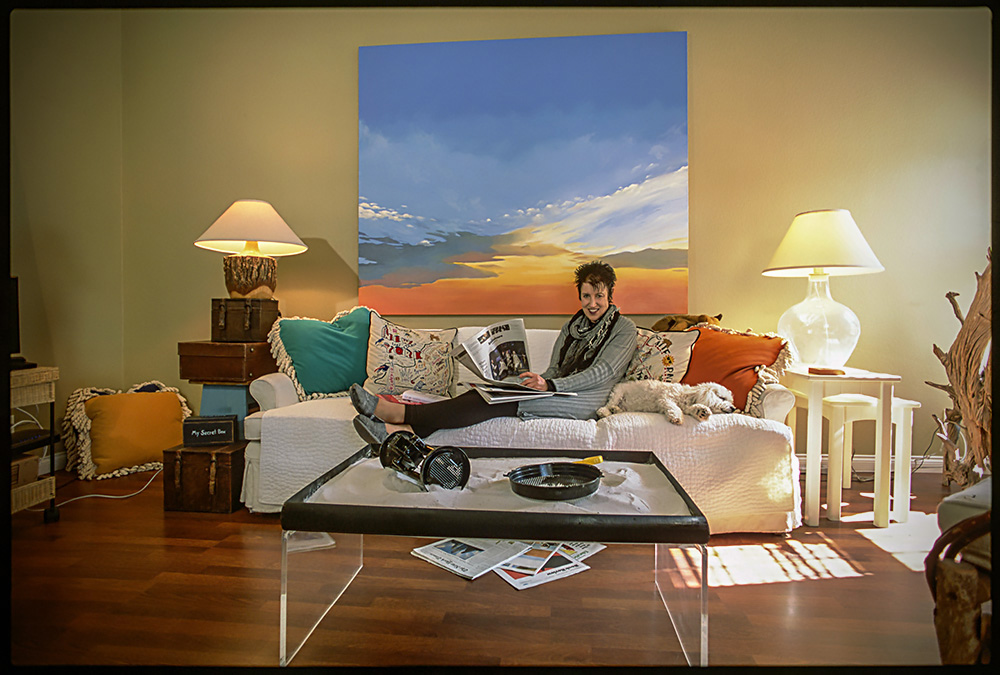 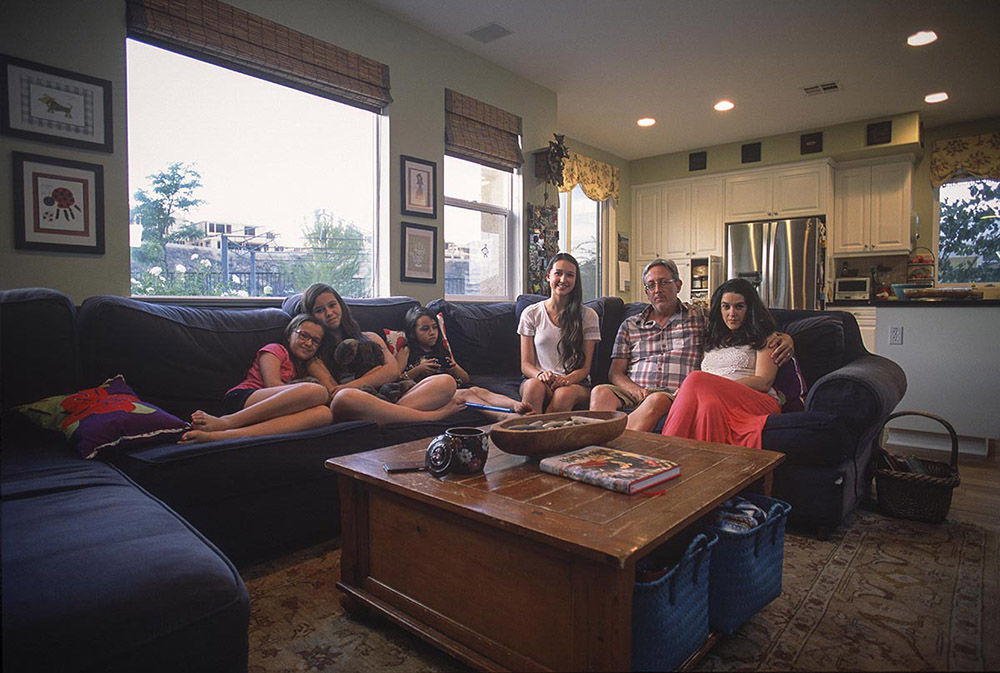 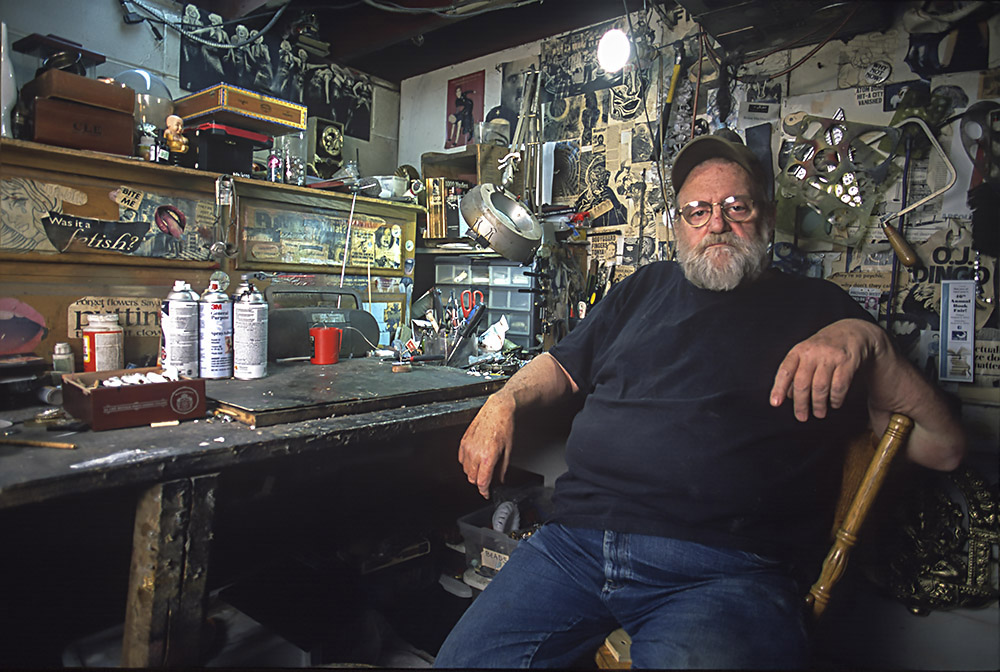 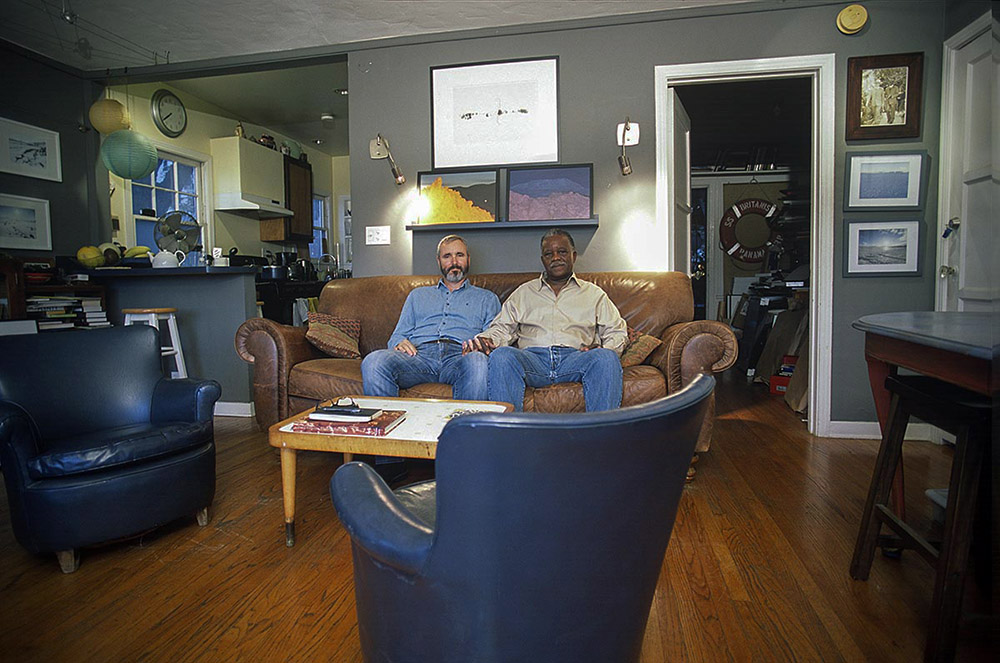 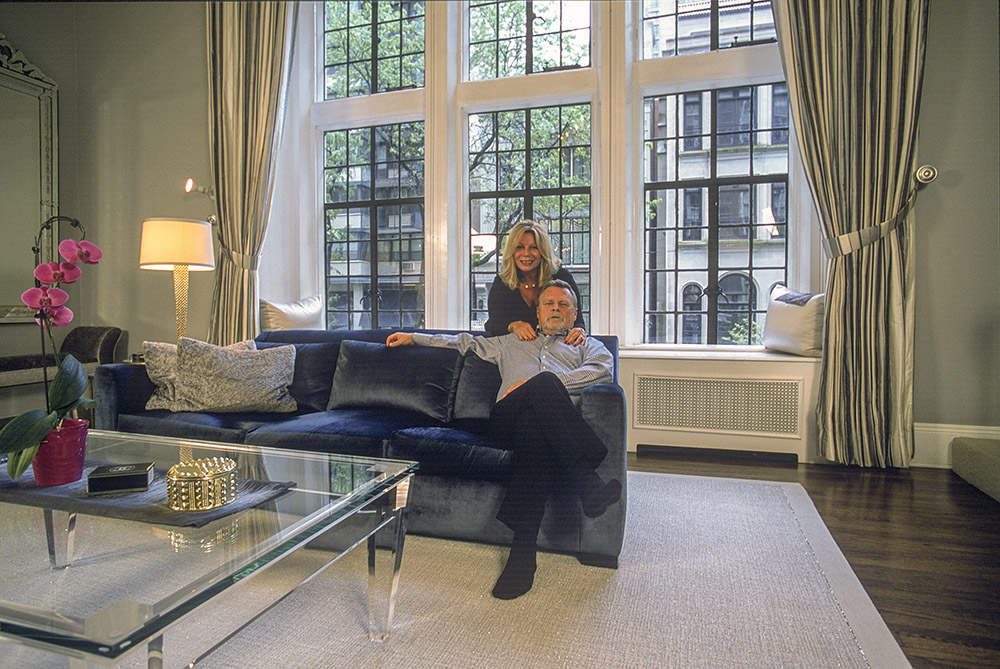 NEXT | Barbara Bosworth: The Heavens >
< The 2018 Seeing is Believing Exhibition | PREV