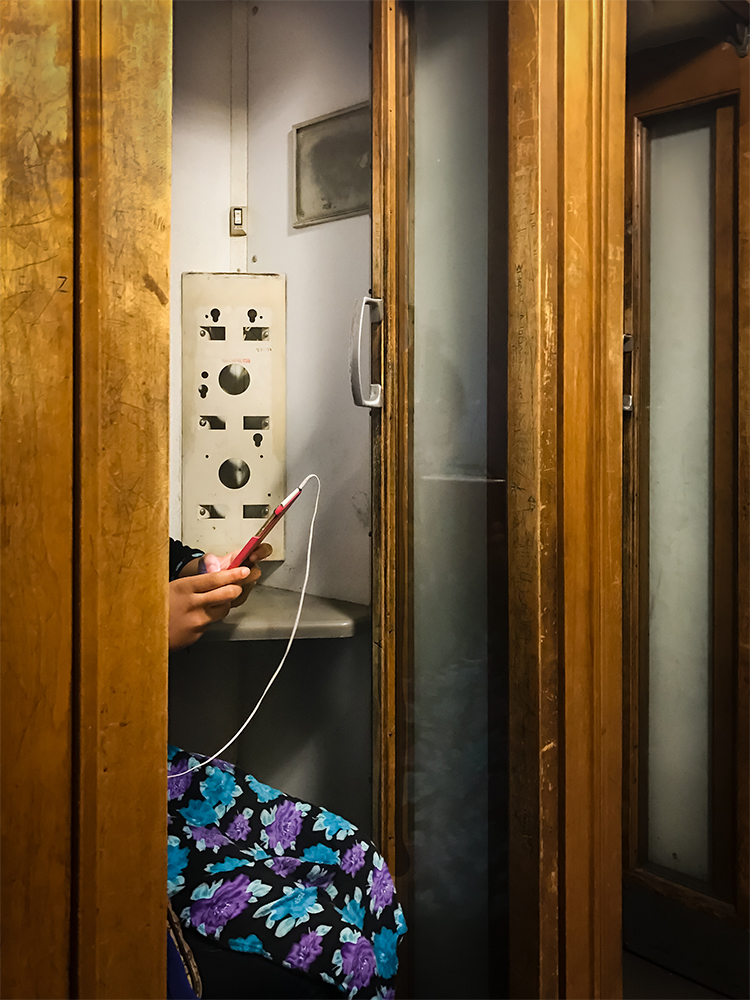 In her project Dead Ringers, Amy Becker records the demise of the humble pay phone. Her images of empty phone booths, bare patches on urban walls and unused pay phones on city streets record the passing of an era. While the images are very formal in composition, they are also filled with humor and nostalgia. In an ironic nod, the entire project was shot on the photographer’s iPhone.

Amy Becker is a New Jersey-based photographer whose work typically depicts visual stories that emerge from the random interaction of everyday moments and found objects within their natural environments. Her images have appeared in nationally recognized fine art photography galleries and exhibitions around the country, including Center for Fine Art Photography in Colorado, Soho Photo in New York City, Davis Orton Gallery in upstate New York, Houston Center of Photography, and Chicago’s Filter Photo Festival. Additionally, her work has been included in exhibitions in Philadelphia, Minneapolis, Providence, Vermont, and Oregon, as well as regional museums, educational institutions, and photography publications.

Amy is trained in both traditional and digital photography. Her formal background includes coursework at the International Center of Photography, as well as numerous workshops. A graduate of Boston University’s School of Communications, she enjoyed a career as an advertising copywriter before becoming a photographer.

The new millennium’s rapid embrace of cell phones has dramatically diminished the need for working payphones. For many, payphones are linked to collective memories. Think of Clark Kent rushing to the nearest phone booth, emerging as Superman
ready to save Lois Lane. During the Eisenhower era, college students crammed themselves into phone booths. Personally, I was raised to always have the correct coins for an emergency phone call.

Those days are over. Yet many payphones remain standing, scattered throughout the landscape—abandoned, beaten, and disfigured. Today, with my iPhone camera, I seek out these phones with the very invention that has rendered them into unwanted relics. Then I print them in the same ratio as the iPhone capture.

For me, the world has turned into a scavenger hunt to discover payphones. I often find payphones hidden in plain sight. Others, stripped down to a shell of their former selves, reveal a suggestion of sculpture in metal and plastic. At times, the phones’ anthropomorphic shapes echo portraits where comic and tragic personalities coexist.

Admittedly, when I do find a rare working phone, I’m disappointed. Payphones represent one path to human connection. Dead Ringers depicts the remains of those machines and the environments in which they exist. Today, cell phones deliver multiple ways to reach out and touch someone, including images, videos, texts, social media, even unique ring tones. What persists is the need tocommunicate, anyplace, for any reason, or for no reason at all. — Amy Becker 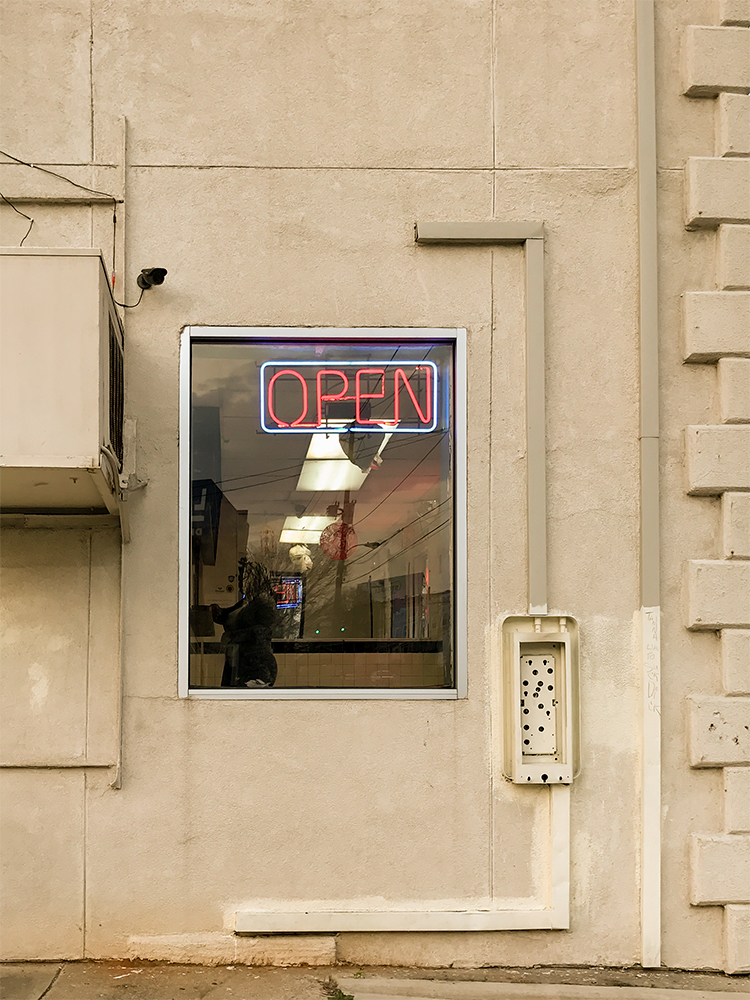 Are you a native of New Jersey or a transplant? If you moved to New Jersey, what brought you here?  If you are a native, what keeps you here?

I was born in Manhattan and lived in The Bronx till I was three years old. That’s when my family moved to New Jersey. Since then, except for my college years (Denver and Boston) I’ve lived in several different New Jersey counties. I stay here because it’s my home. Most of the people I love and care about are in this area. New Jersey’s also a great state to photograph—from seaside amusement parks, to Newark’s Ironbound, to the beautiful lakes in the northwestern part of the state. And the close proximity to New York City is important to me. 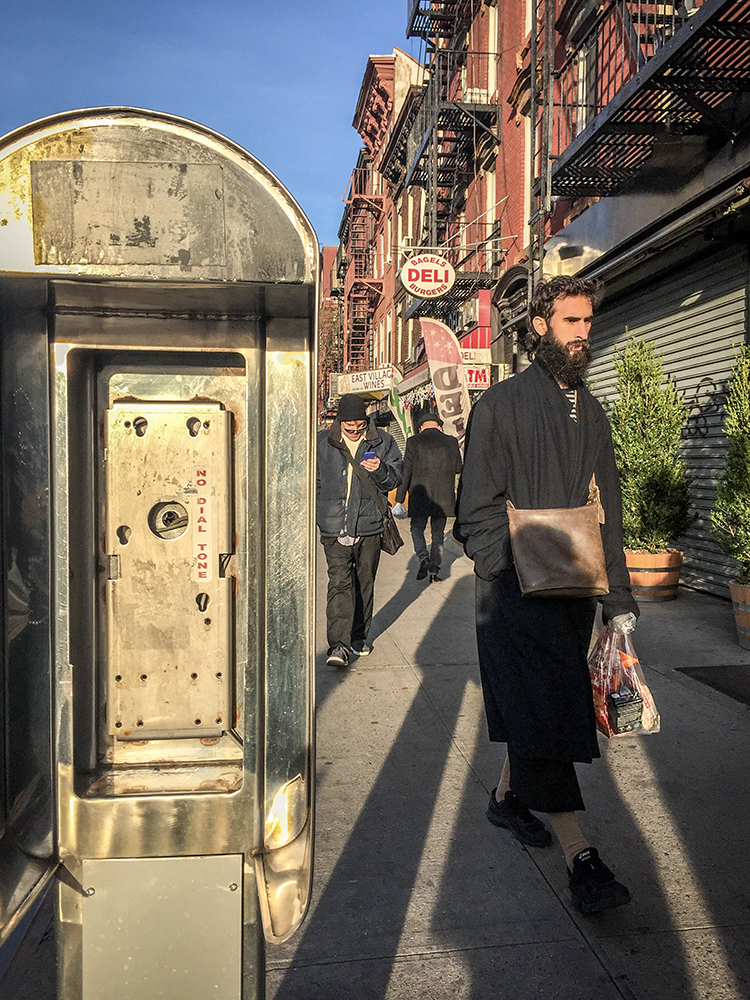 Photographing defunct pay phones with an iPhone is a wonderful and ironic twist. Do you normally photograph with your phone or is that choice specific to this project?

With the exception of my Dead Ringers project, I normally do not shoot with my iPhone. I much prefer the process and experience shooting with cameras where I can look through the viewfinder, feel the camera in my hands, and have control of the settings. I also process my iPhone images in Adobe Camera Raw and Lightroom. 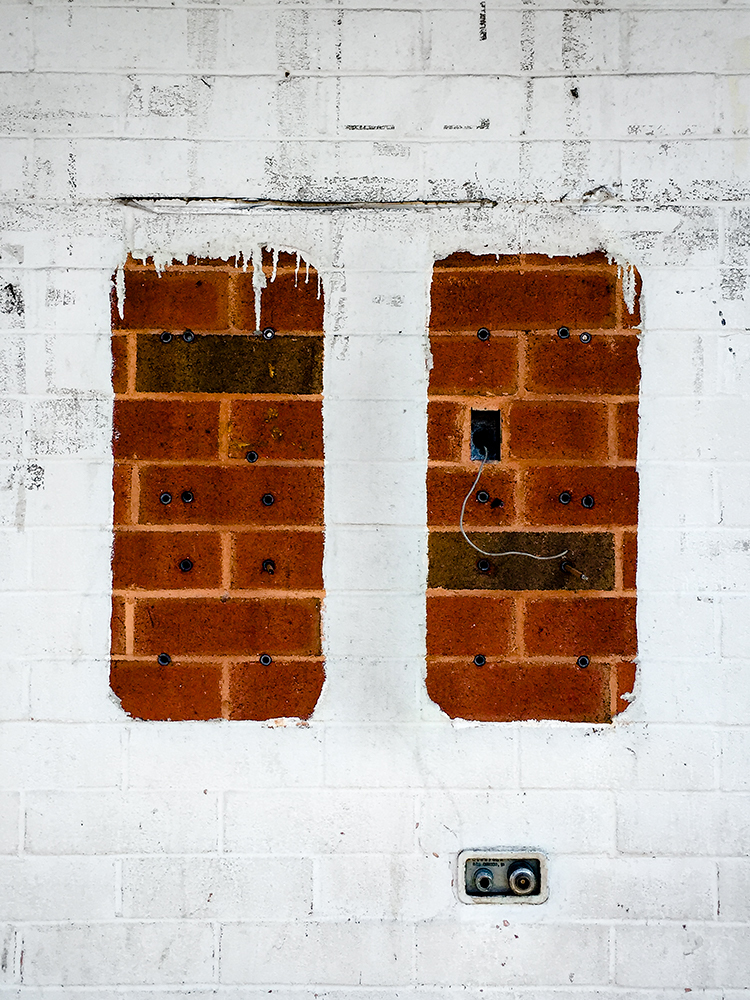 How did this project begin?

Dead Ringers lived in my head for quite awhile before I started shooting it, long before I owned a smart phone.

The idea came to me when I saw all these pay phones, with people walking right by them while using their cell phones. I kept thinking in time there would be fewer and fewer pay phones as the need diminished. Since pay phones were woven into our culture for so many decades, I thought their disappearance would represent a meaningful cultural shift of one significant path of communication. It seemed like a potentially interesting and accessible project for me.

So when I got my first iPhone, I was off and running shooting non-working pay phones. But by then there didn’t seem to be as many around. I kept looking, and eventually developed “dead phone radar.”

At first I intentionally shot them as sort of the hero of the image. I ended up with a bunch of dull images of dead phones against a wall. It just was not working. That ‘s when I decided to approach them more like environmental portraits—and what you see here are some of the results. 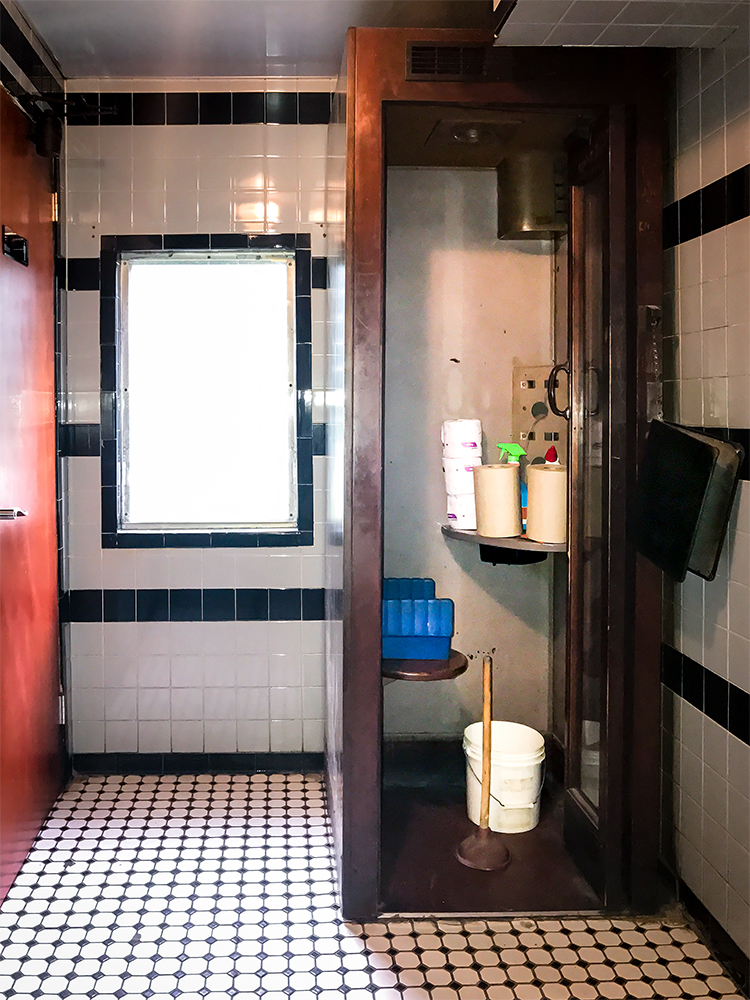 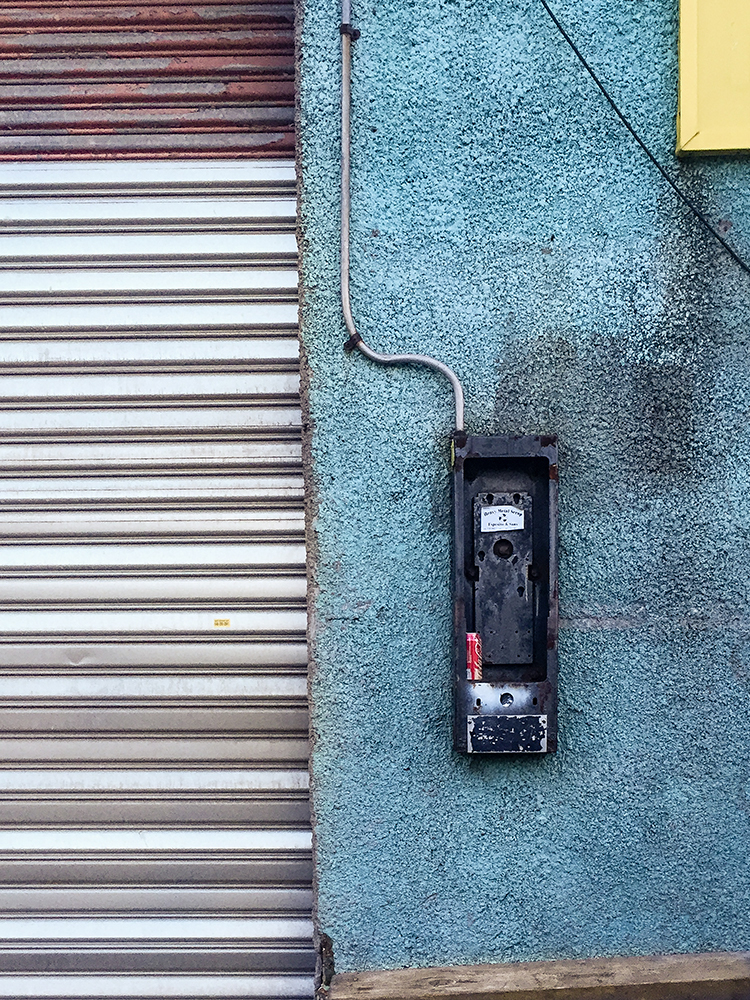 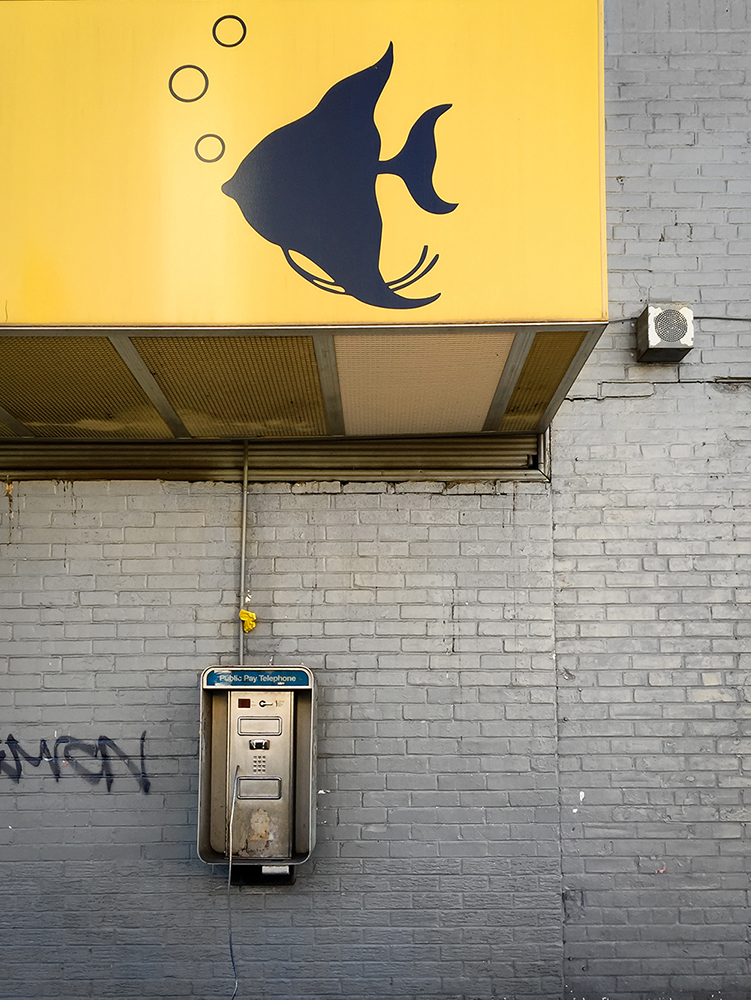 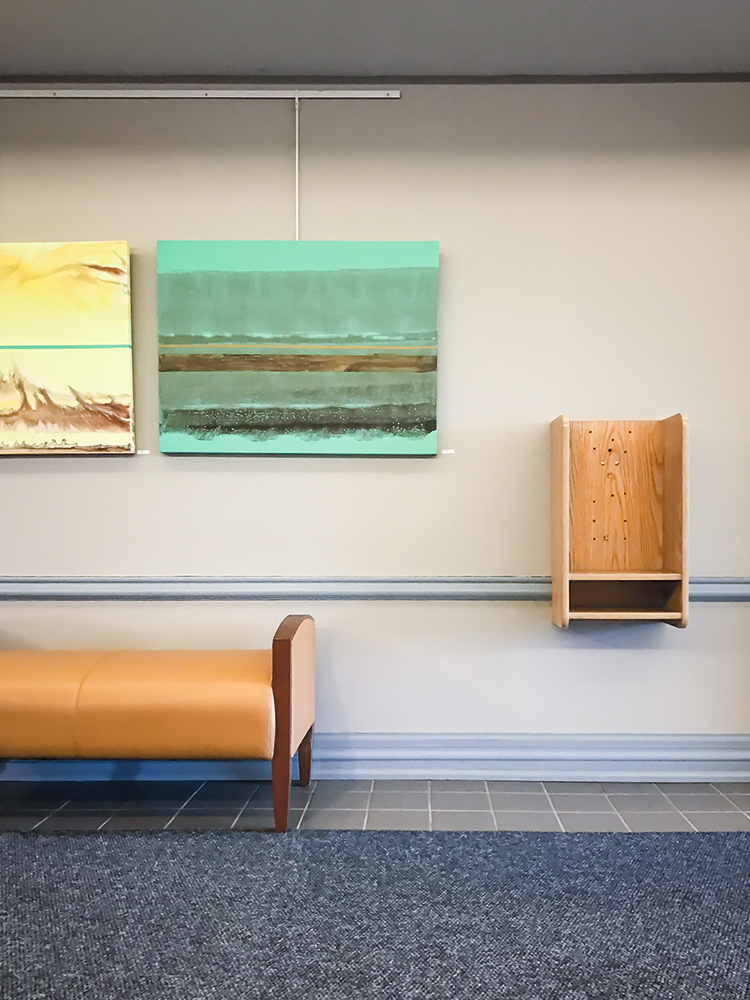 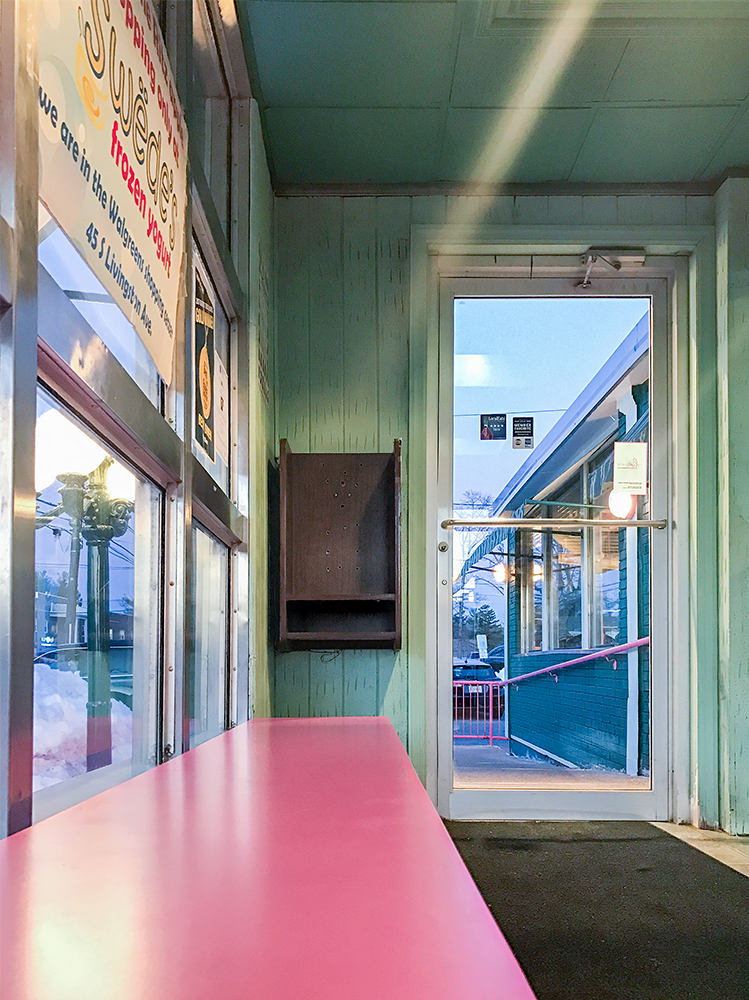 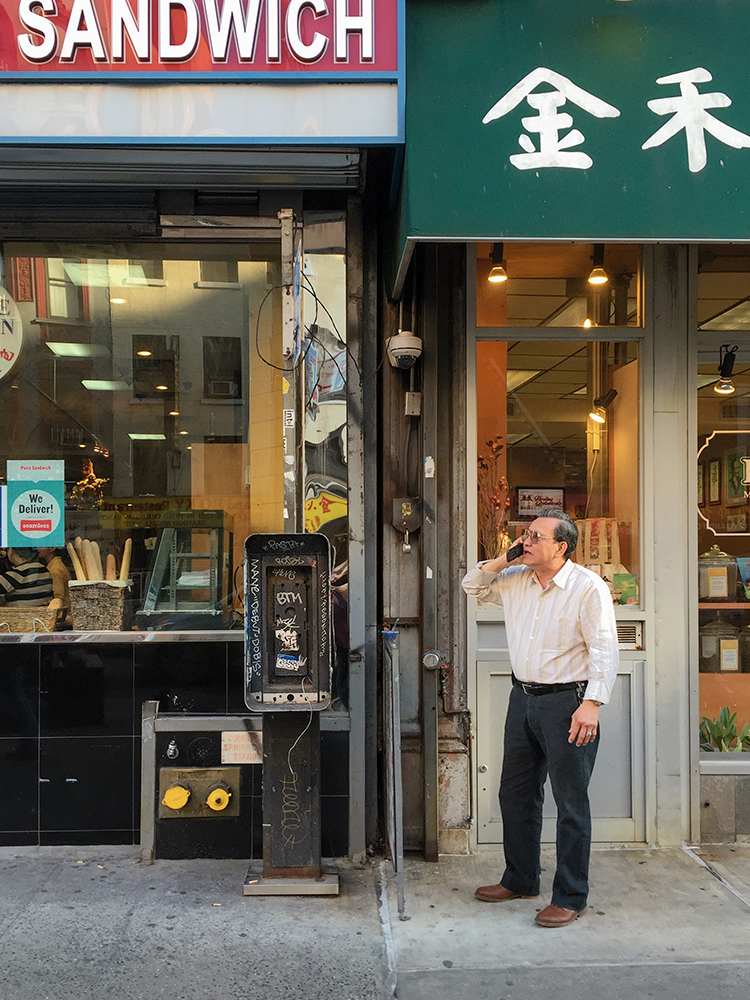 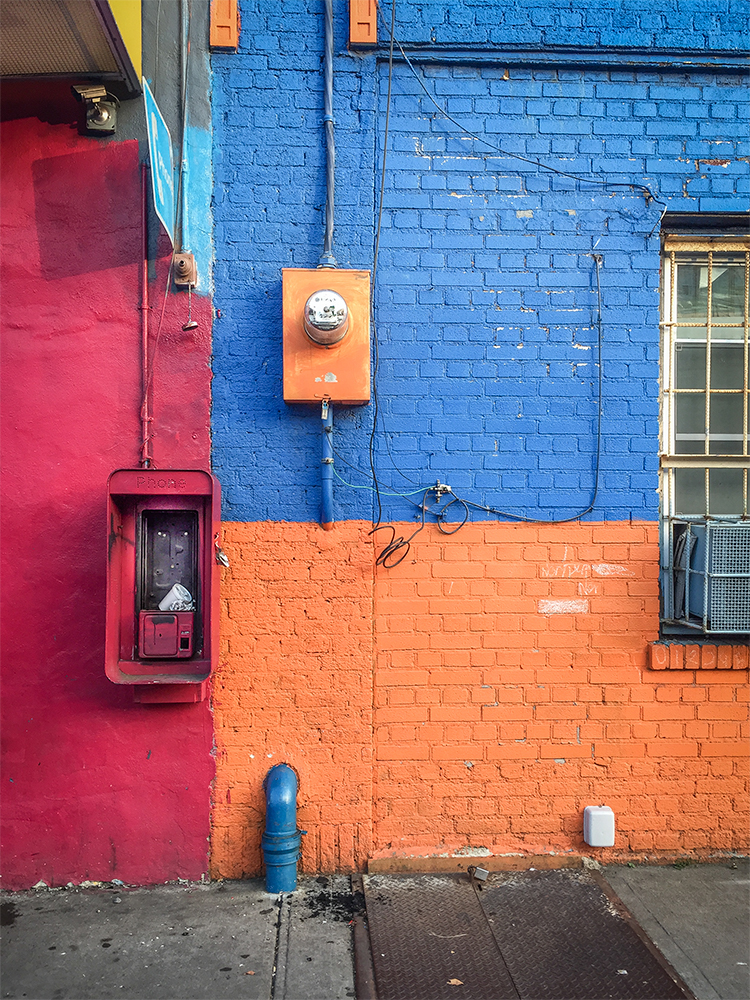 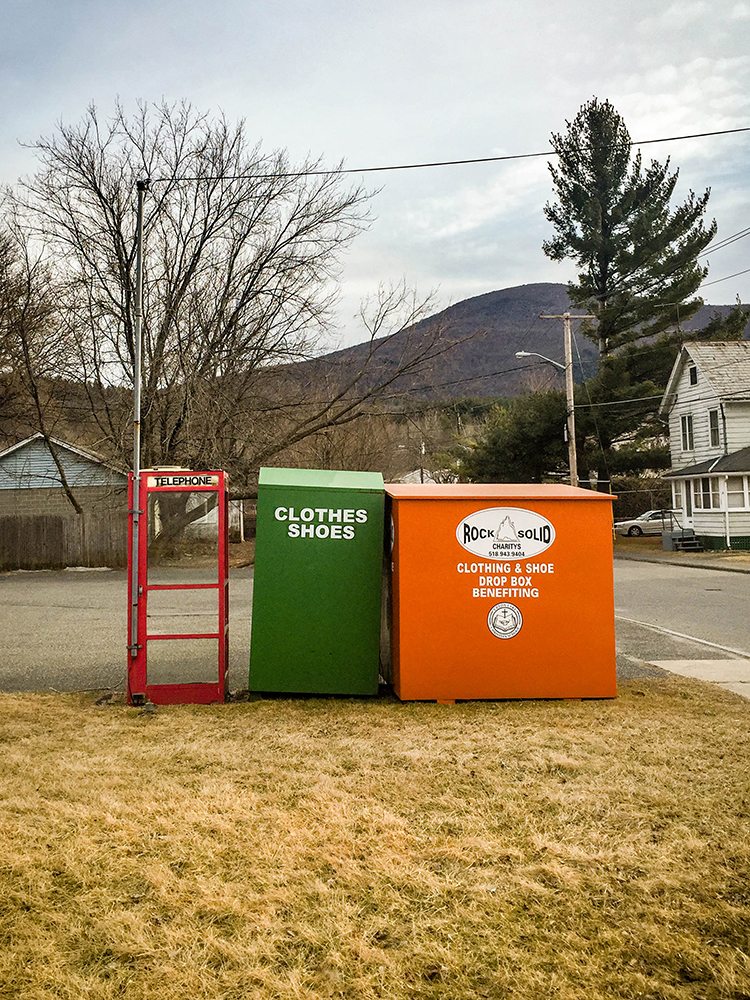 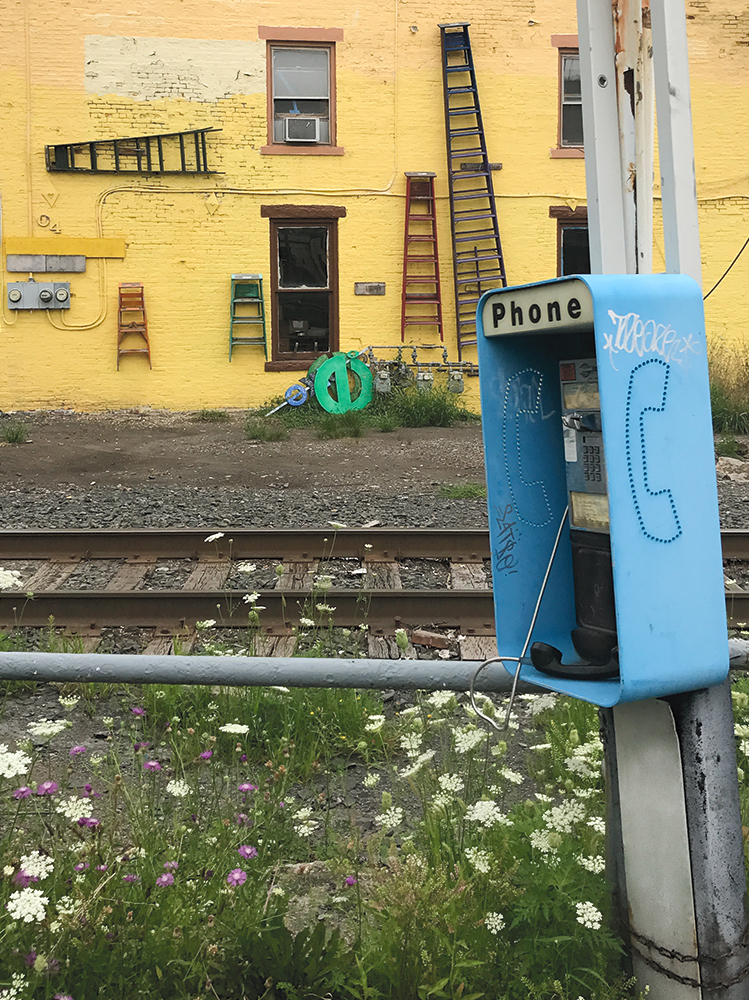 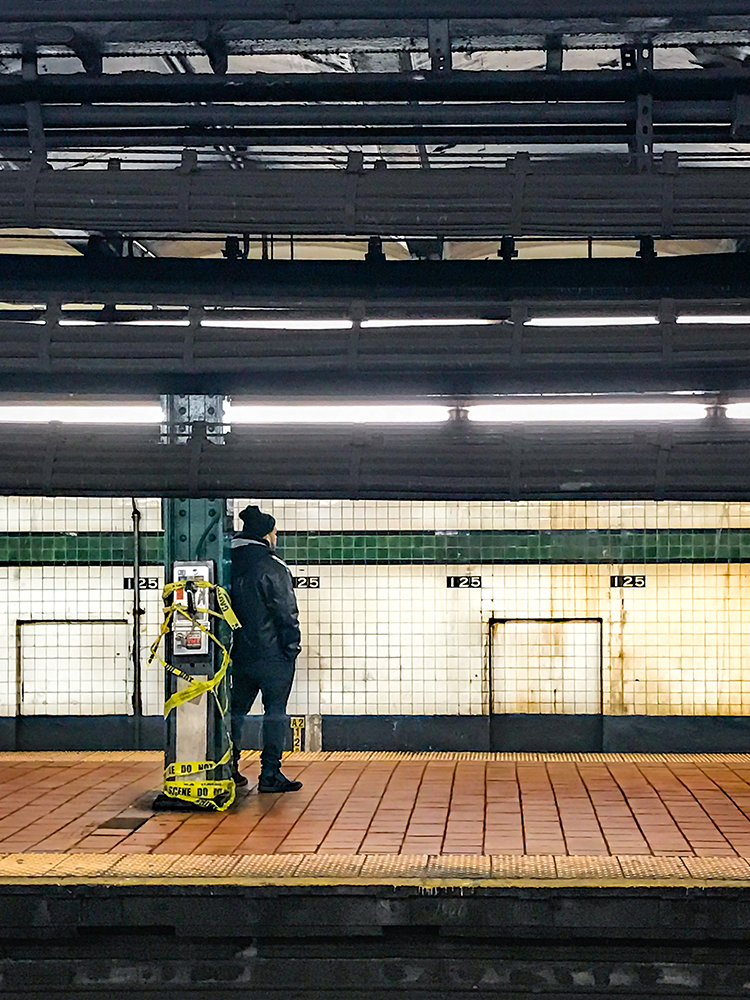 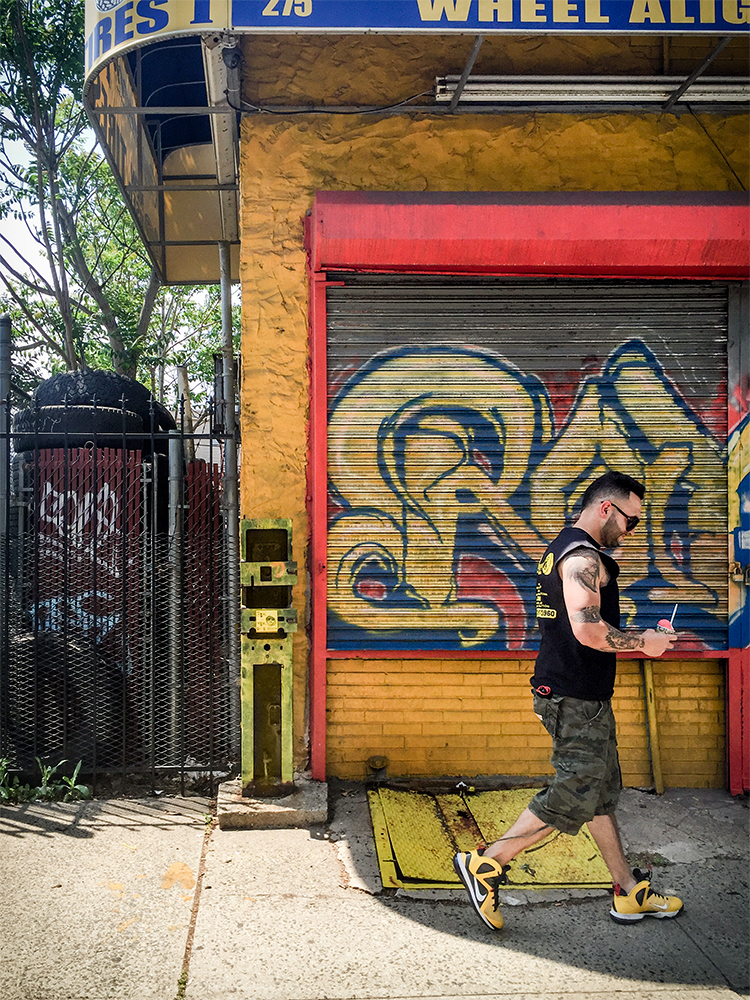