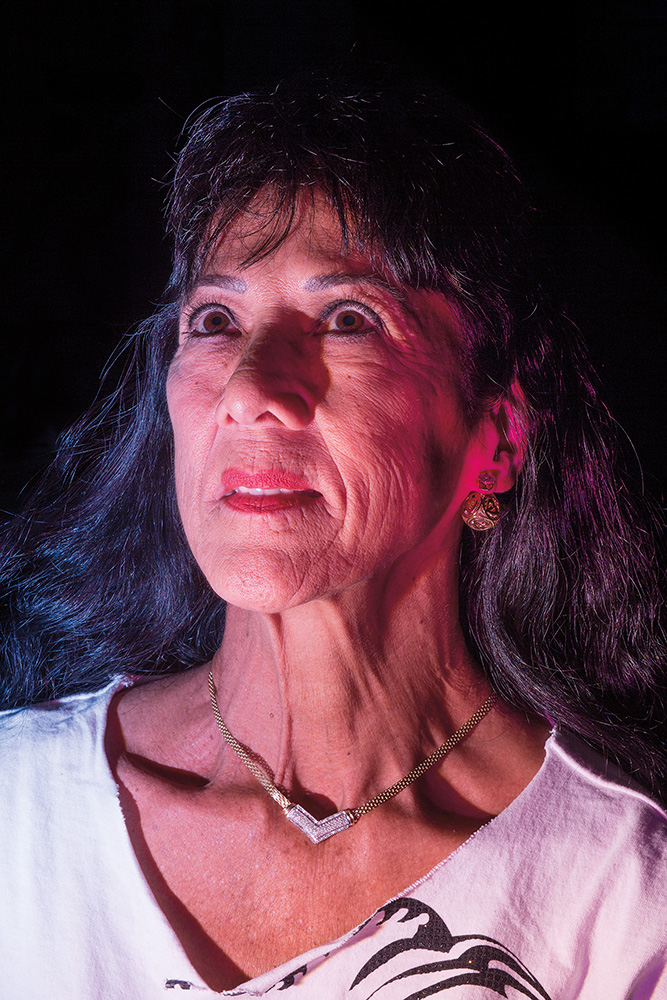 ©Courtney Asztalos, At the Fremont Casino, from Purple Domino

When a photographer attends a portfolio review, they only share their work with a percentage of the reviewers, so the time to catch the attention of the reviewers in attendance is during the Portfolio Walk, which takes place in the evening after a full day of reviews. Tables are set up and portfolios are put on display. It was during the PhotoNOLA walk that I discovered the photographs of Courtney Asztalos. Her portraits of middle aged women, shot in the heightened lighting of cruise ships and casinos across the country were at once mesmerizing and flamboyant, the subjects revealing a desire for youth and beauty, and as Courtney states, a “performance of their imagined selves.”

Courtney’s work is currently being featured in The Atlanta Photography Group’s Portfolio 2019
an exhibition juried by Paula Tognarelli, Executive Director and Curator of the Griffin Museum of Photography that runs through March 16th. 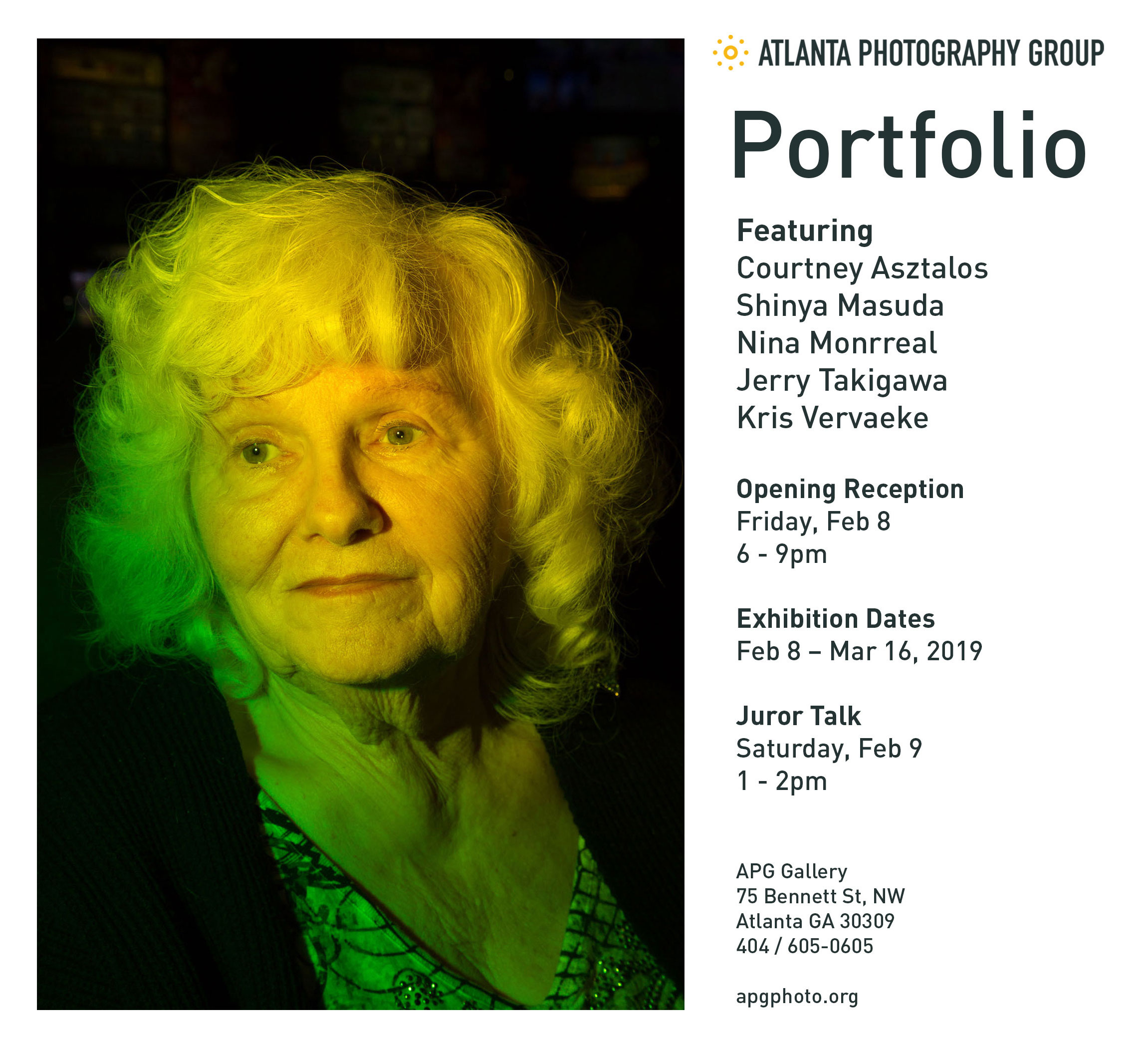 Courtney Asztalos is a photographer who grew up in Florida and currently lives in Syracuse, NY. Her work is in the collection of the Museum of Contemporary Photography Chicago, Fort Wayne Museum of Art, UCLA Arts Library, Duke University, Texas Tech University, Vanderbilt University, the University of Miami, and more. She has photographed for the New York Times, The Wire, and her work has been published in the New Yorker’s Photo Booth Blog, Paper Journal, Der Greif, and Dear Dave. She received her MFA in Art Photography from Syracuse University and her BFA in Studio Art from Florida State University. 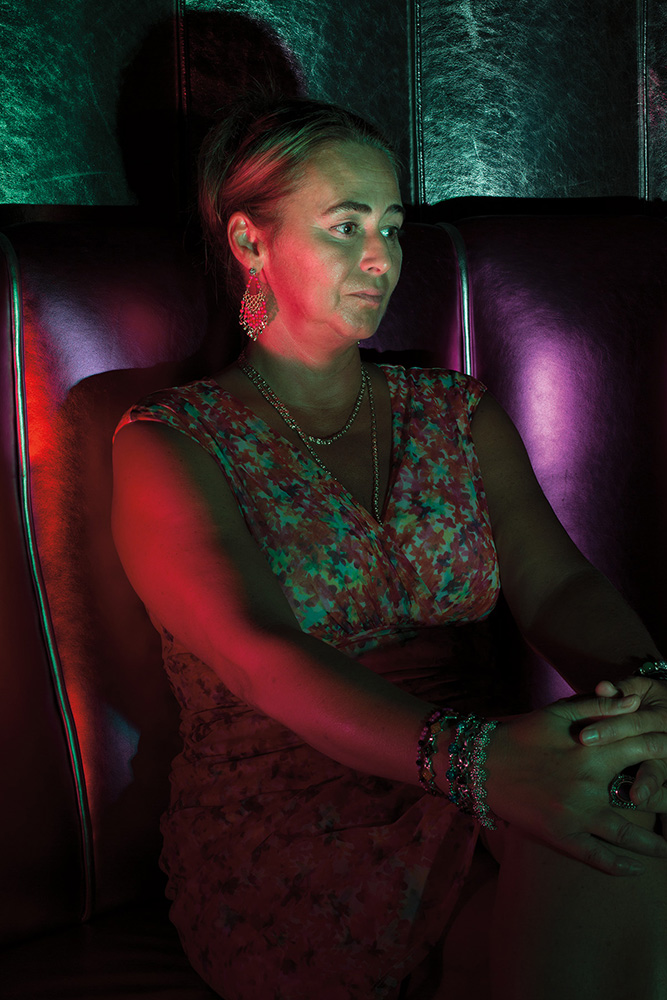 ©Courtney Asztalos, At the Lounge, from Purple Domino

My work centers around a number of distinctly American spaces, each designed to offer an alternate reality and antidote to the complicated banalities of everyday life. The work is built around chance encounters—subjects are chosen based on the way they perform in public; I am drawn to individuals who seem to channel the energy of the space and use it as a stage to amplify the performance of their imagined selves. Together we create an unstated collaboration. I expand these performances through the use of photography, video, sound, and installation.

Purple Domino was formed through the physical investigation of casinos and the women who present themselves and orbit within these spaces. Photographed in New York, Nevada, and Florida, the idea of the casino is both mythical and accessible. I was drawn to the autonomy of these women, who, divorced from reality, became magnetic and exerted a great deal of visual force. A casino’s purpose is to transmit and imbue desire to and in everyone who enters. My subjects absorb and consume this radiating power of desire and pour it back into their performance of self, a reifying act: the construction of an armor which repels expectations and codes of femininity. 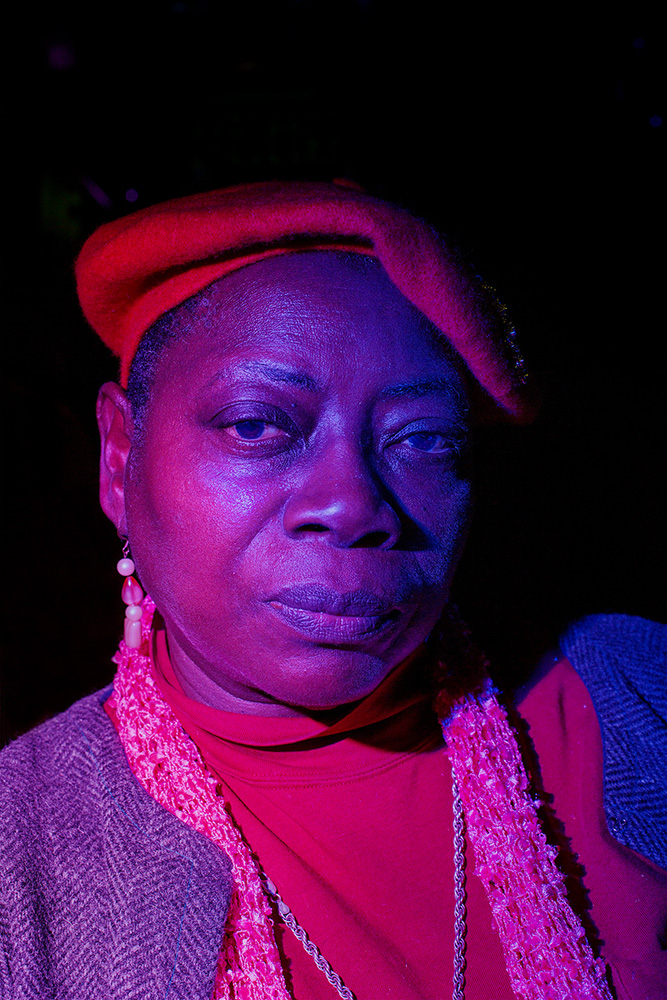 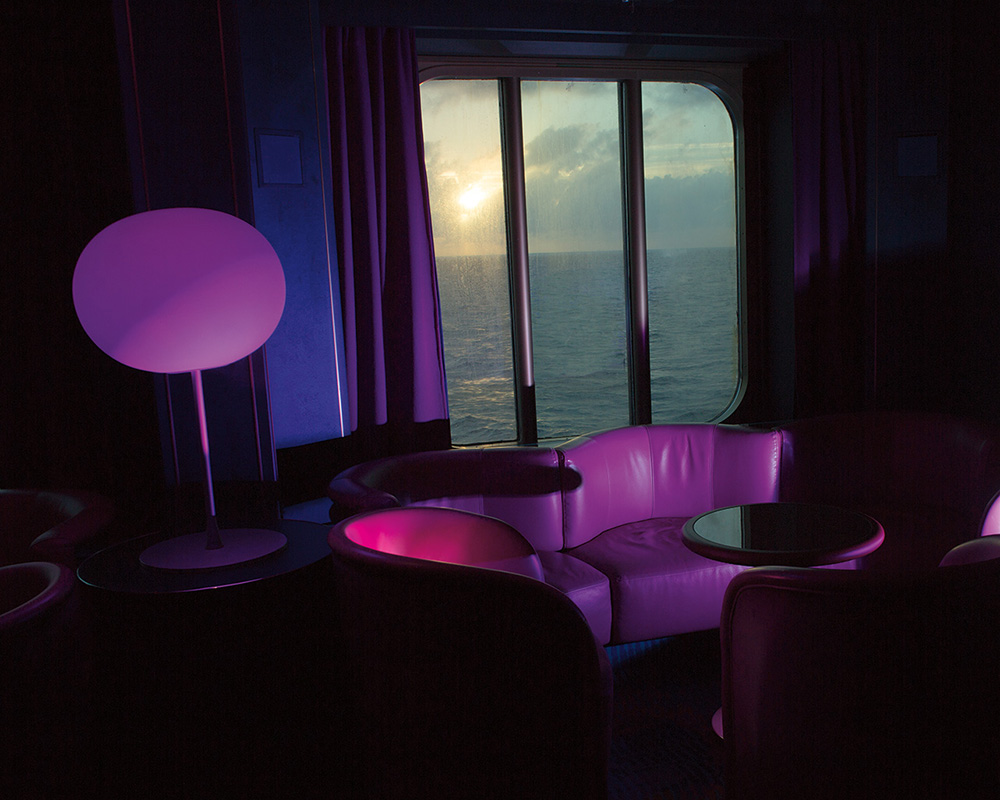 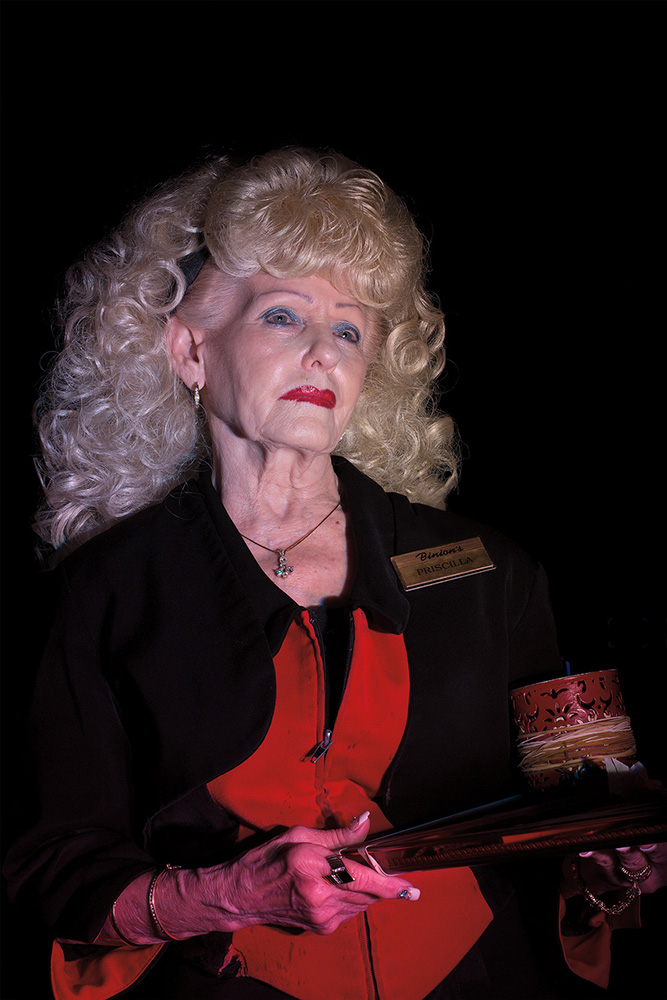 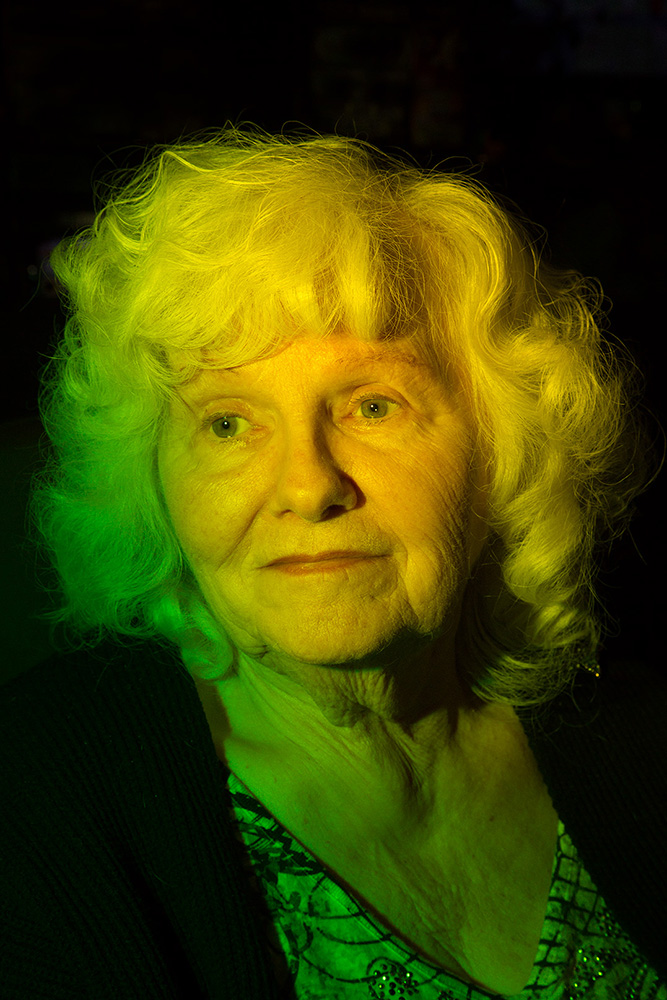 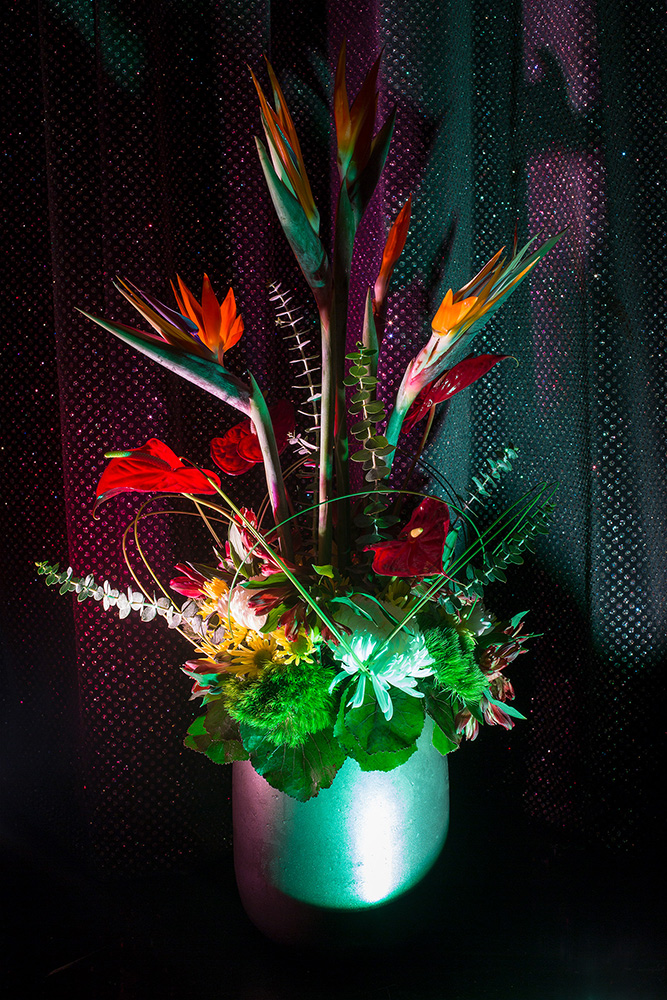 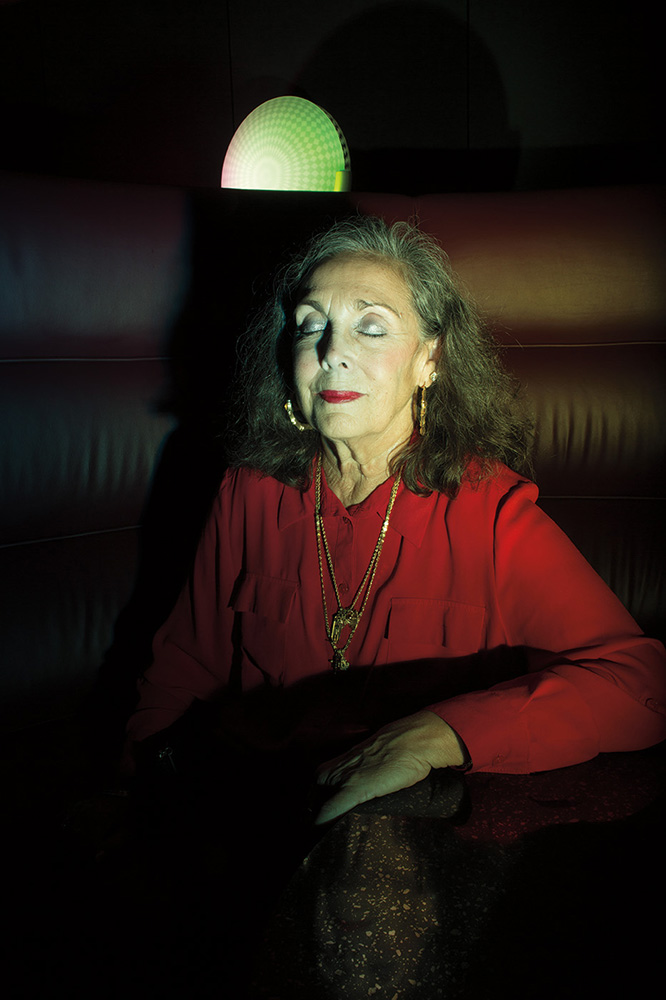 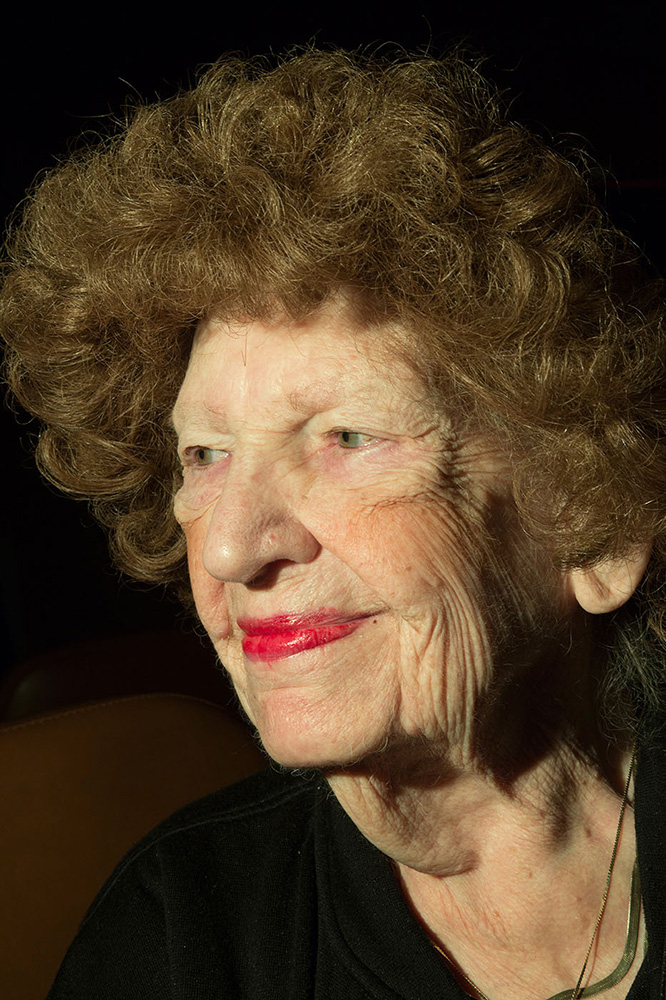 ©Courtney Asztalos, Woman at the Seneca Casino, from Purple Domino 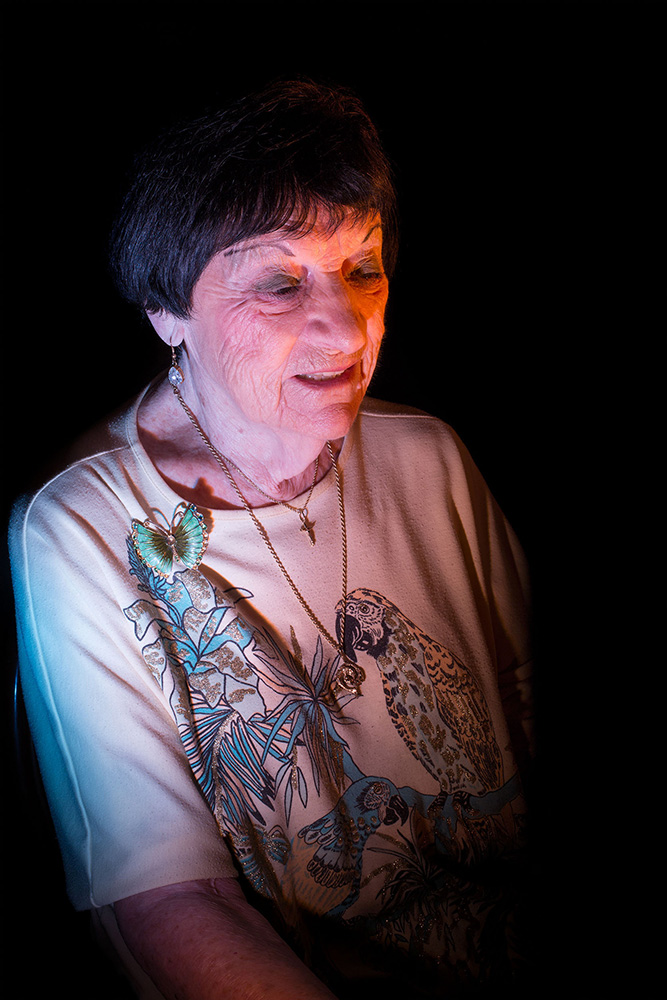 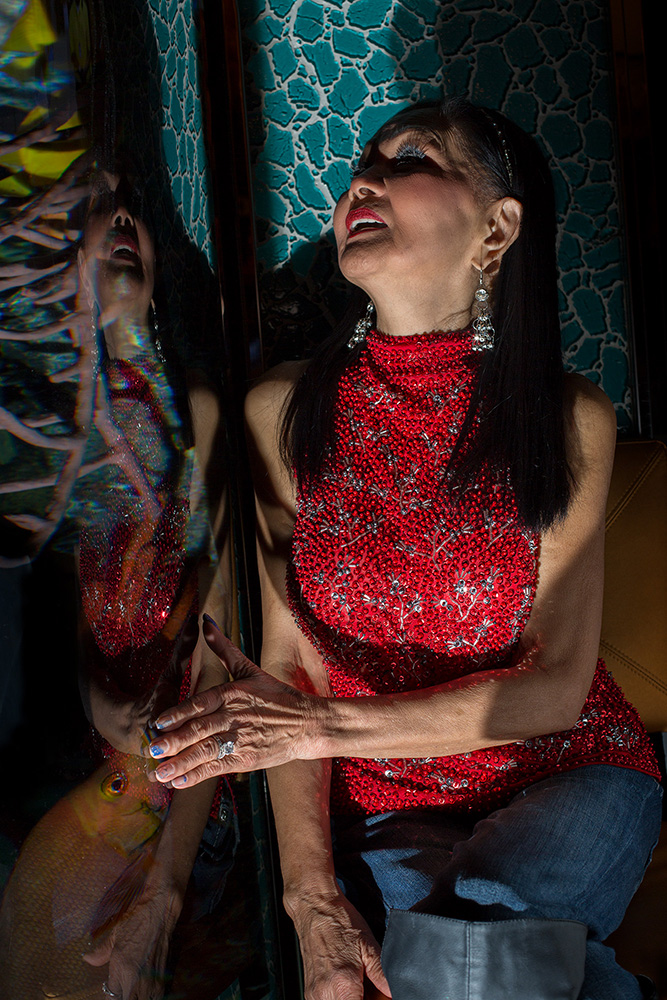 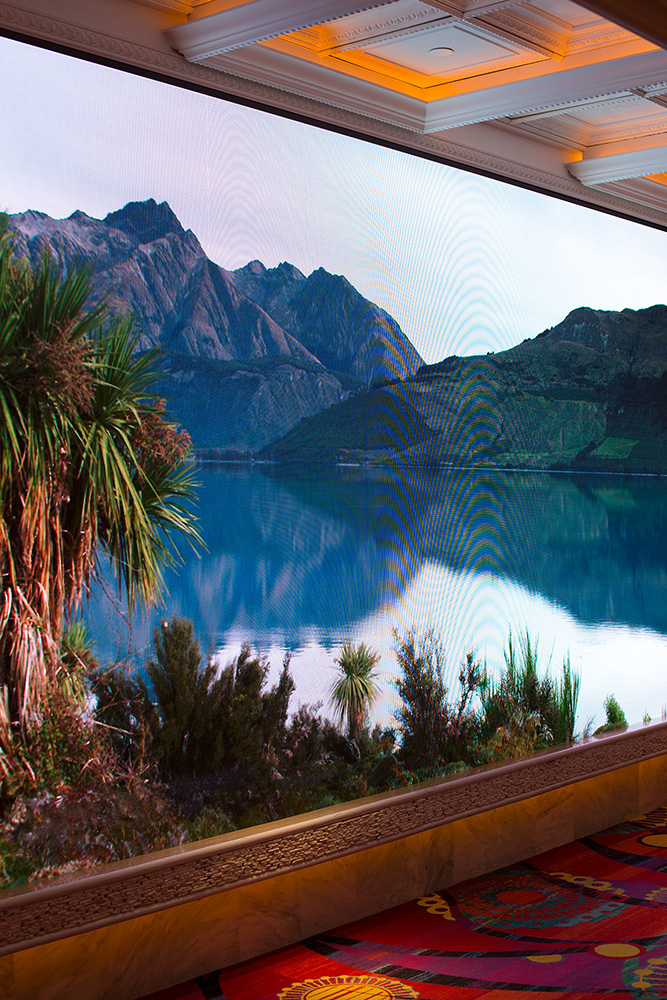 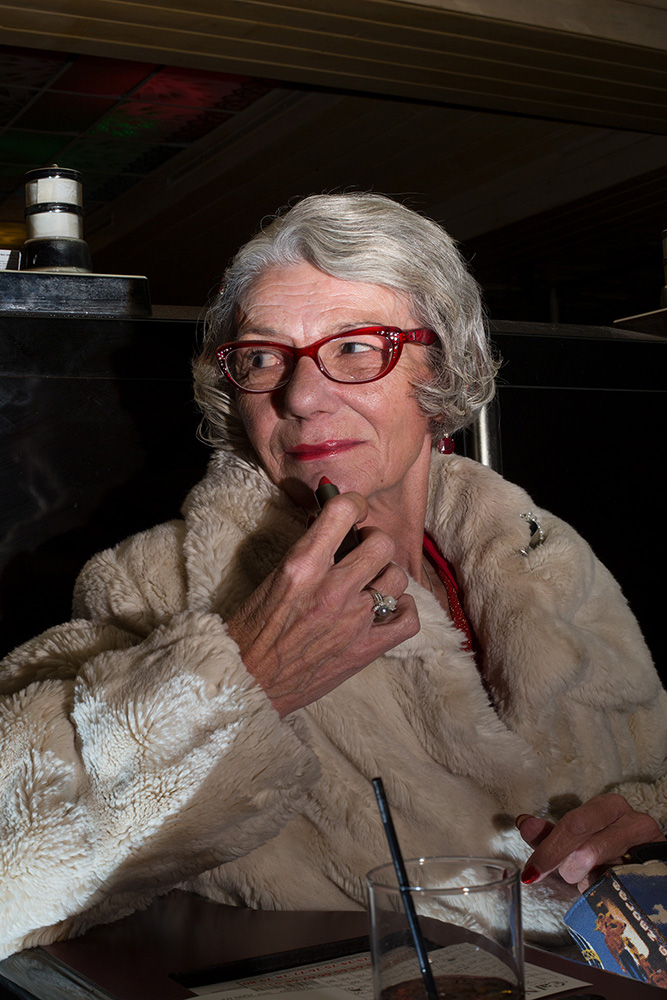 ©Courtney Asztalos, Keno at the Cal Neva, from Purple Domino 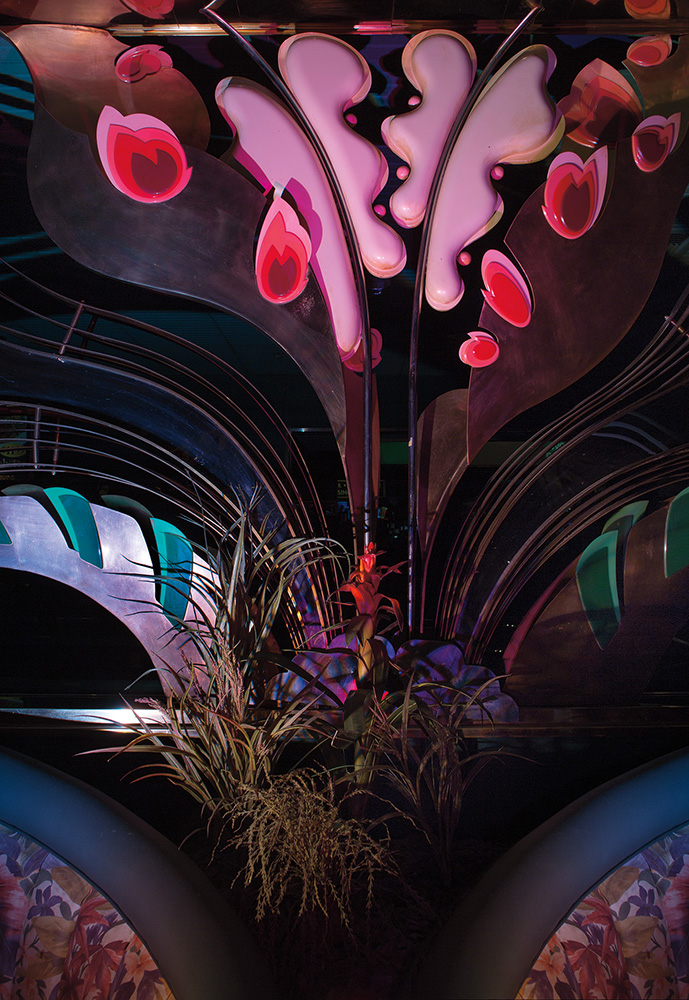 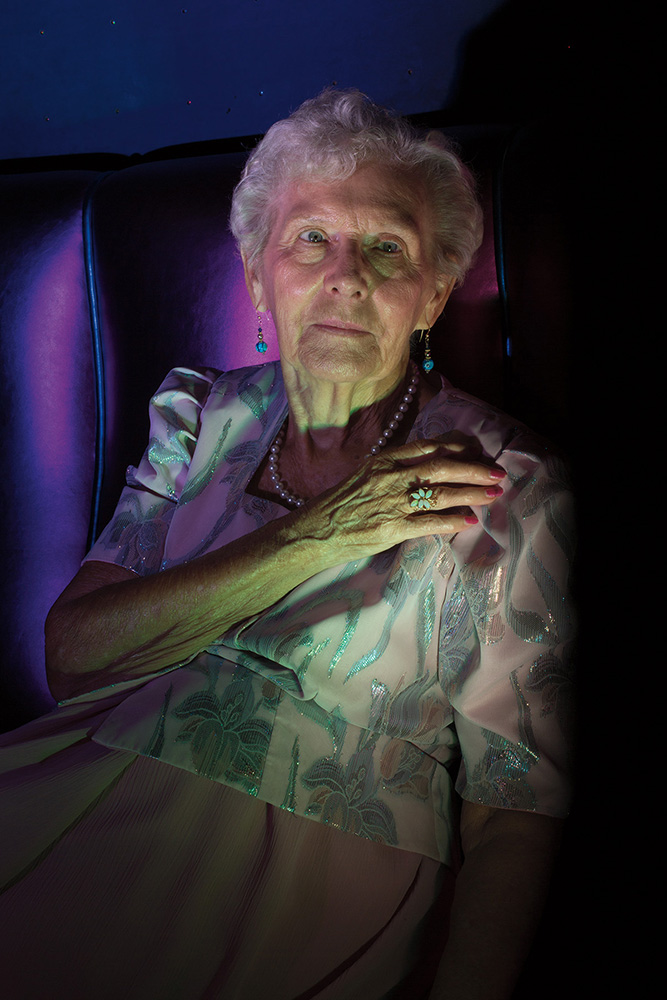 ©Courtney Asztalos, Shirley at the Northern Lights Lounge on the Zuiderdam somewhere off the Coast of Florida, from Purple Domino 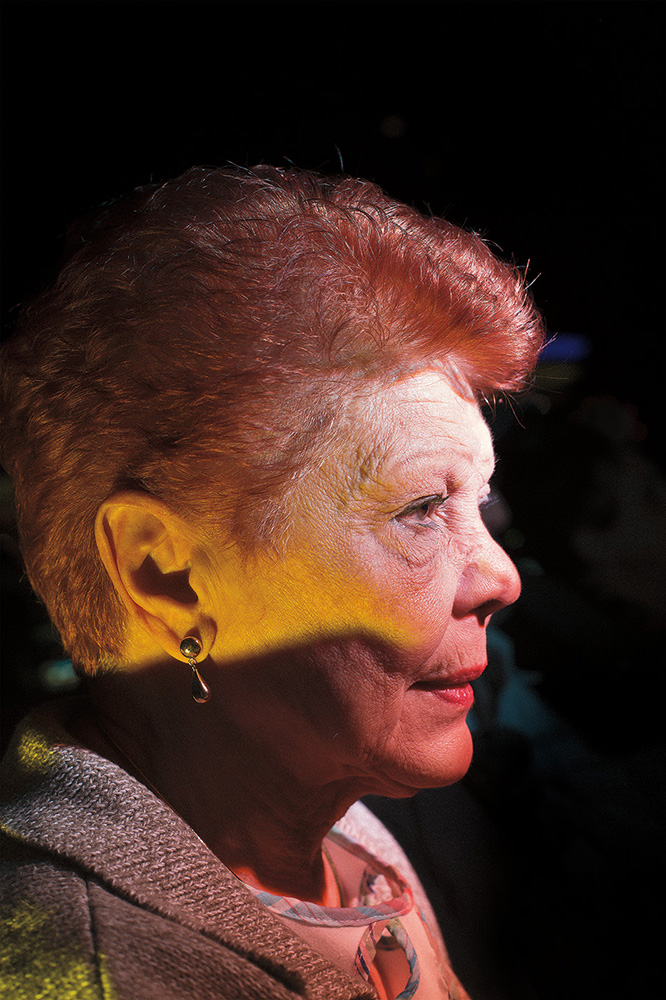