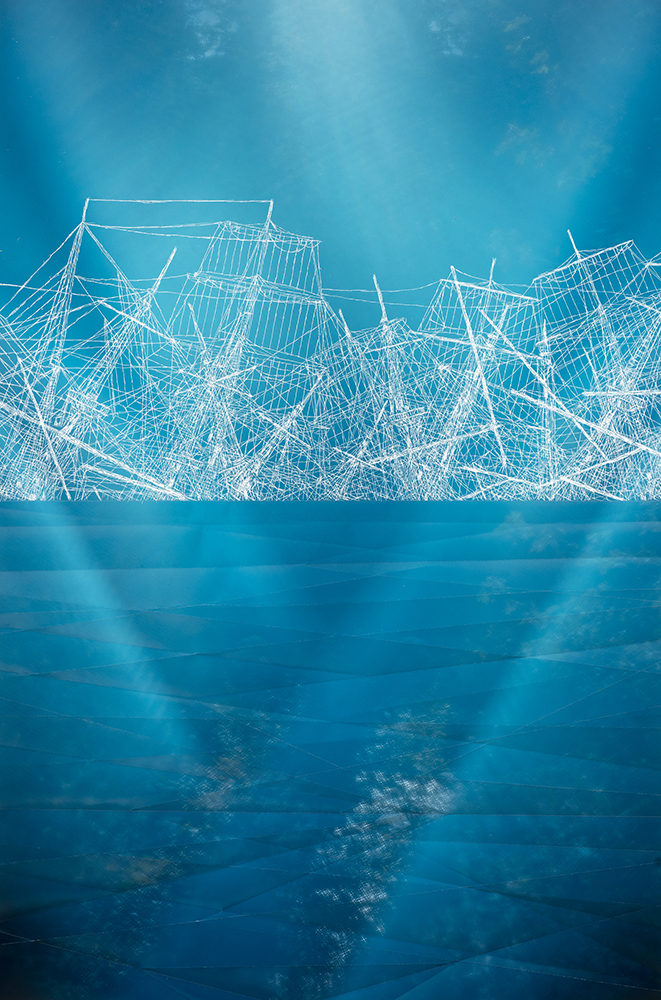 Photography has experienced some seismic shifts since it’s inception and today the surface of a photograph has ruptured in ways exciting and unexpected. Artist Christopher Russell continues to use the photographic process as a foundation for his artwork, starting with out-of-focus color photographs that he creates by limiting the functionality of the lens. But his artistry is realized when he intervenes with the surface of the print, deftly carving into the emulsion to create a whole other visual experience. As an example, the image shown above is comprised of a photograph that has been folded and shaped for the bottom half and etched into for the top half. What the on-line digital capture doesn’t reveal are the small curls of paper that result from his cutting, not unlike a wood worker, where the remnants are as beautiful as the carved sculpture. Christopher uses photography in completely unique ways and what I most admire is that there are no rules. He will add paint to the artwork, but most exciting is his addition of spray paint to the framed surface of  a number of the pieces. In person, it feels like ocean spray from ships at sea, glinting in the sun, and that simple gesture adds another layer to these sensory explosions. His delicate artworks become photographic lace, tiny cuts weaving together stories without endings and the result is simply magical.

Von Lintel Gallery in Los Angeles has just opened the second solo exhibition, Cascades, of the unique photographs by Christopher Russell. The show runs through March 7, 2020 and is not to be missed.  In addition, several of Christopher’s works are on display at Cal Poly San Luis Obispo, in the Beyond the Surface Exhibition.

Christopher Russell was born in Sacramento in 1974. He has exhibited at the Hammer Museum and selected group exhibitions include presentations at The J. Paul Getty Museum, Los Angeles County Museum of Art, Norton Museum of Art in Palm Beach, FL, Tokyo Institute of Photography, and the De Appel Arts Center in the Netherlands. His work is included in the permanent collections of the Museum of Contemporary Art, Los Angeles, Hammer Museum, Los Angeles County Museum of Art, Museum of Fine Arts, Houston, the Brooklyn Museum, and the Tokyo Metropolitan Museum of Photography amongst others. The artist lives and works in the Pacific Northwest. 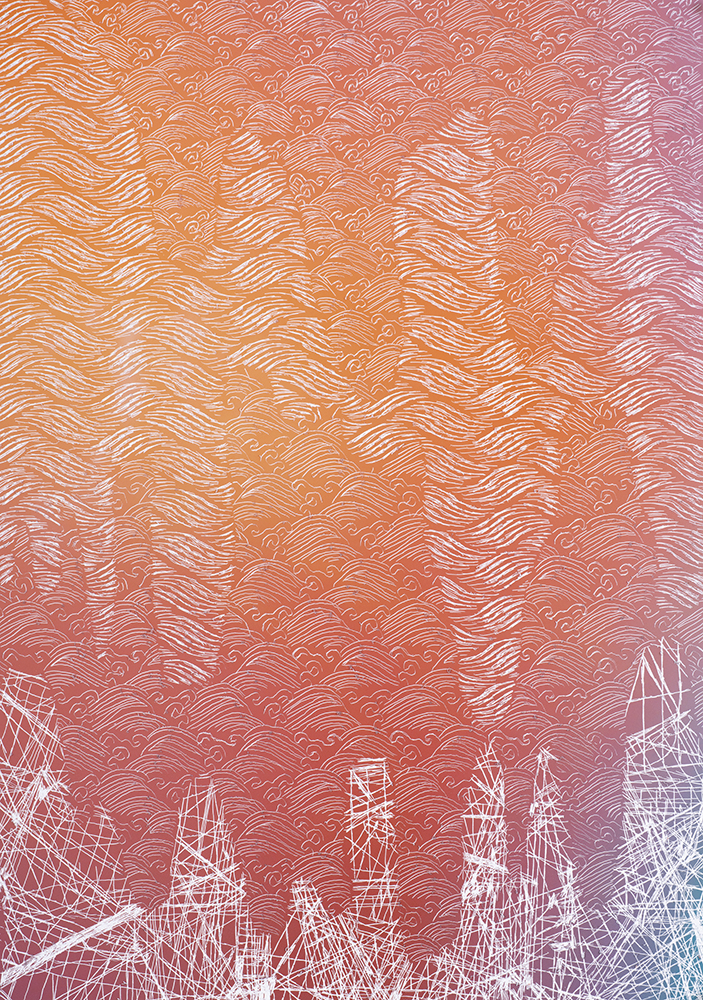 By this I mean that technology has moved beyond its earliest foundations; it asks a different set of questions than traditionally associated with the medium. The history of chemical photography is largely about a faithful recording of shapes and tones. It is a medium that made the private public, captured the beauty of ephemeral objects and transient juxtapositions. Chemical photography captured the aesthetics of human emotion and voyeuristic fragments for us to puzzle into an understanding about other people and places. And it did so with such detail that, culturally, we mistook our impressions of the image for a grander sort of truth.

With the prominence of digital image making, the foundation of photography has shifted. Digital imaging is built for complete image malleability, the ability to easily present collage with the fidelity of traditional photography. One can, in a few seconds, customize the color of a single pixel—something that would have been impossible with chemical processes. As most people now have photo editing tools on their phones, there is no longer a belief that the captured image is anything more than a record of personalized fictions.

Given this realization, I stopped trying to make pictures of things. I intentionally manipulate the light as it enters the lens of my camera, creating fuzzy, atmospheric images that subvert the indexical quality of the photograph. I then scratch into the surface of my prints, crossing photography’s biggest taboo, marring the print surface and piercing the medium’s illusionistic veil. This way of working asserts the inherent Romanticism of digital production and uses the captured image as a starting point for more complicated thoughts that come from observing the world around me 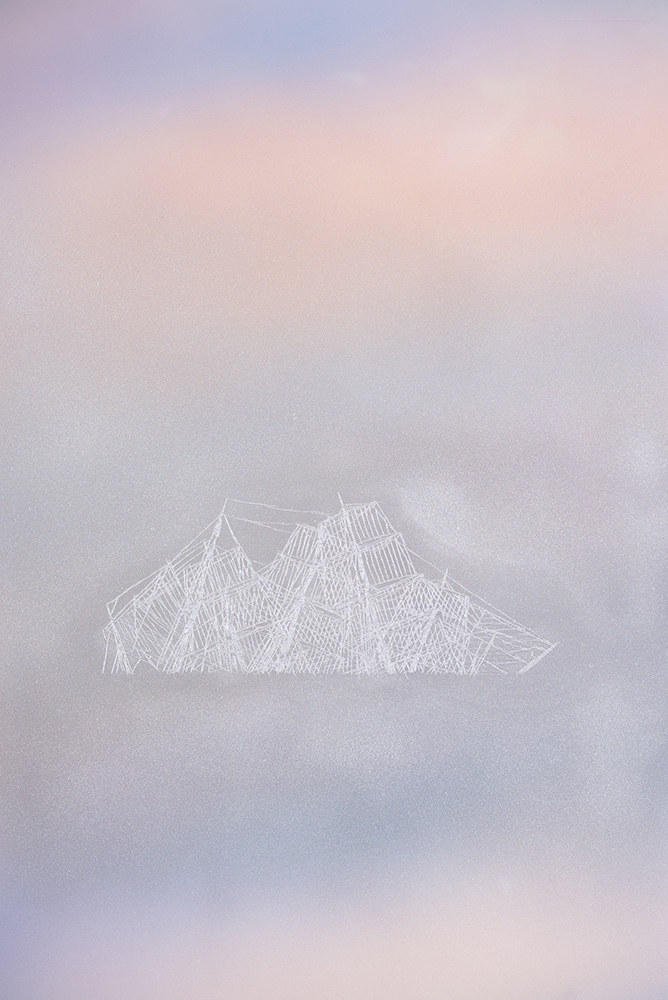 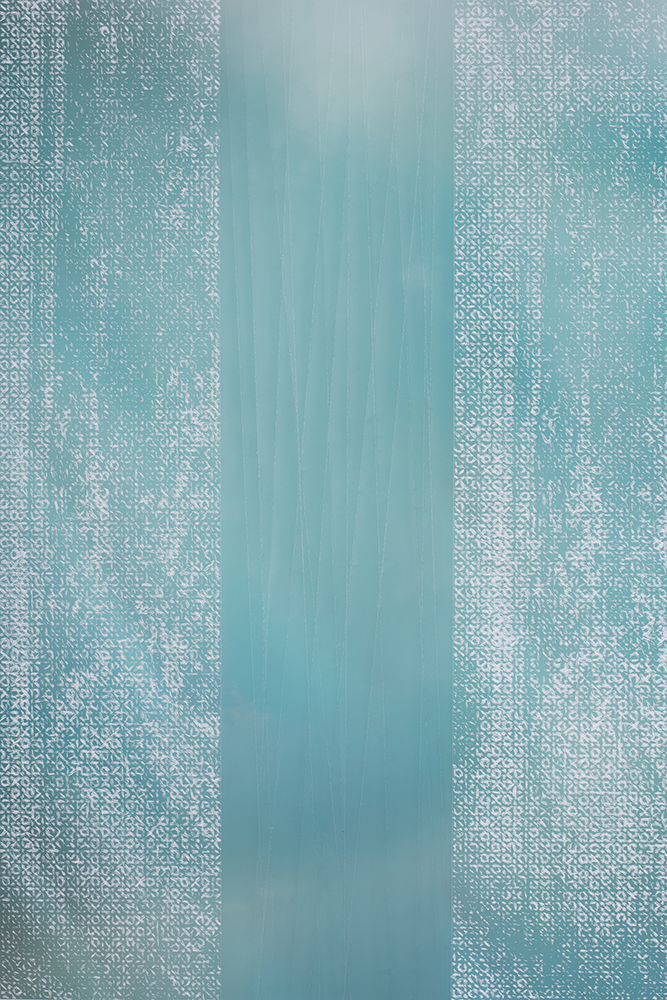 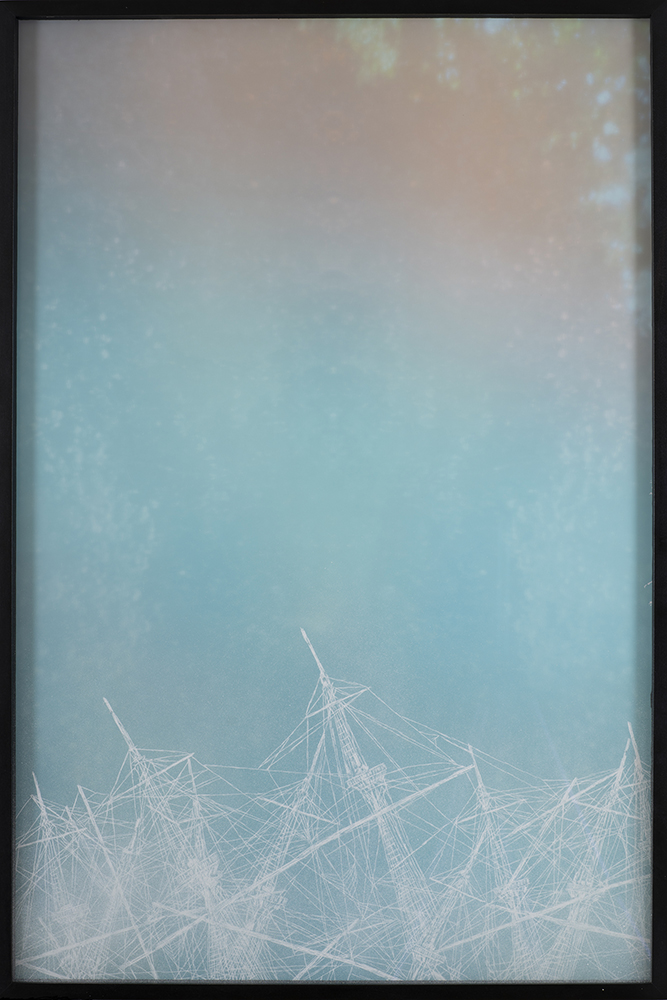 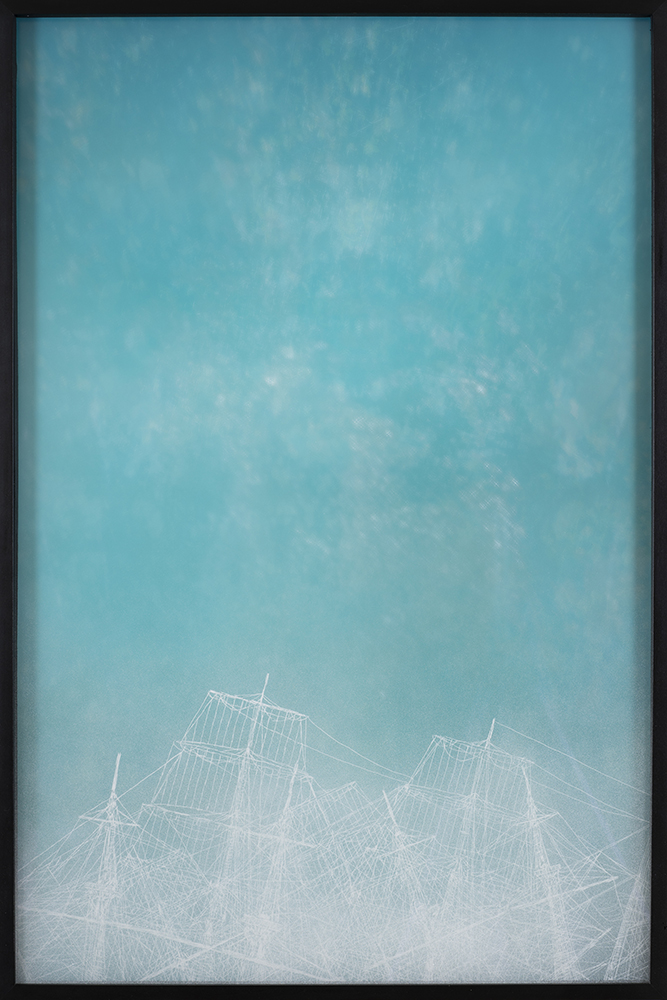 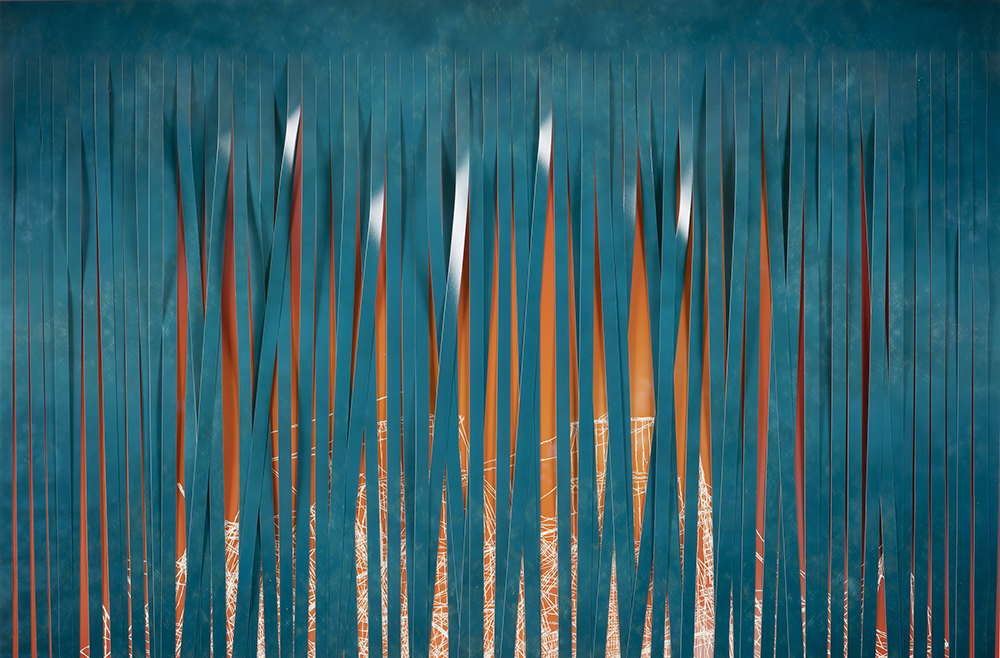 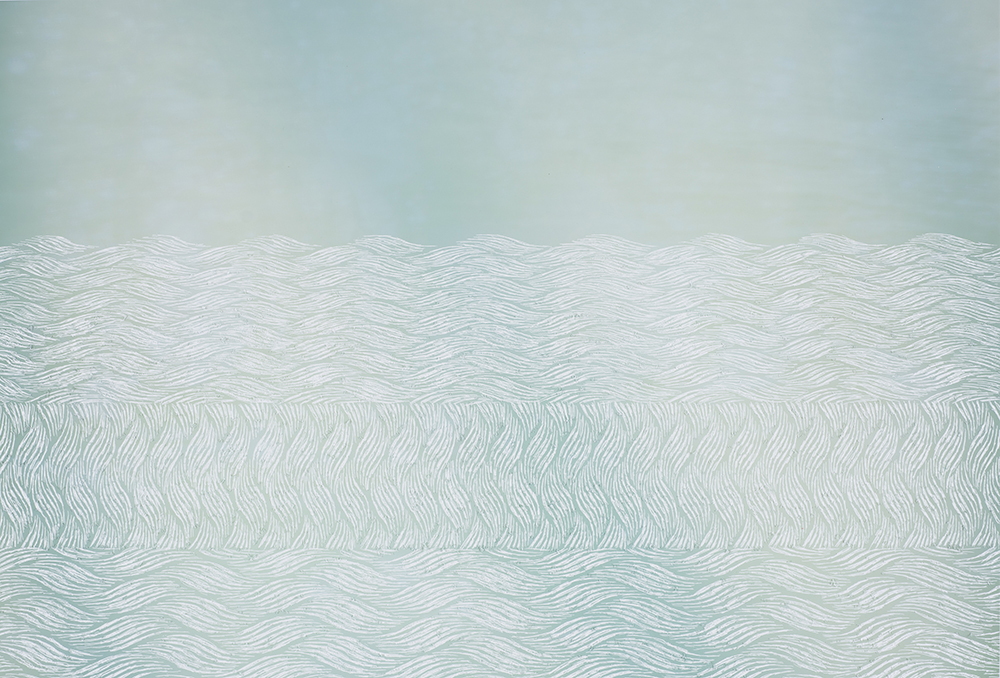 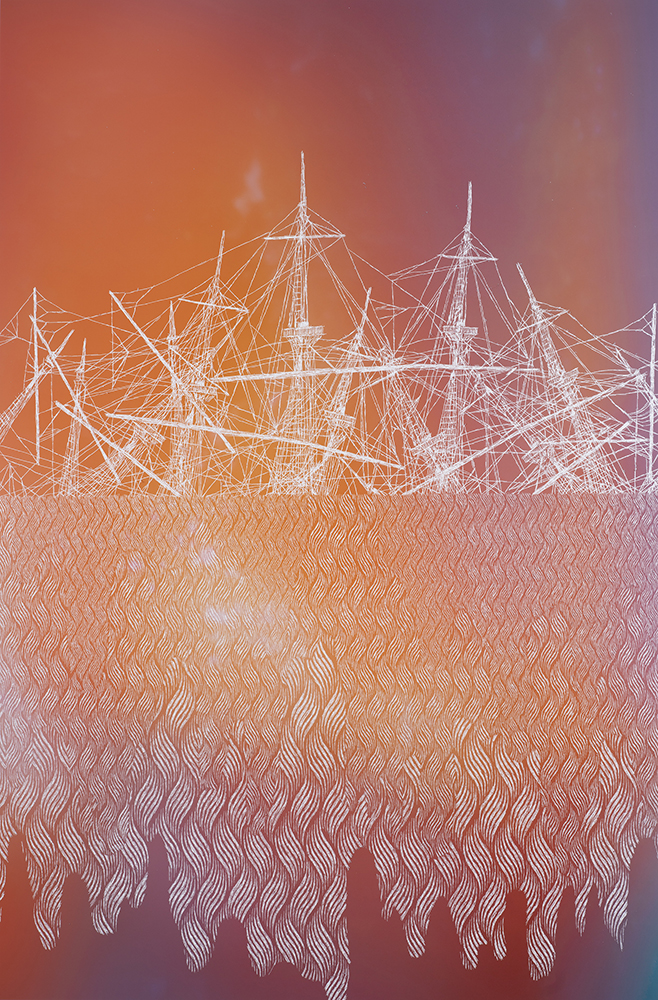 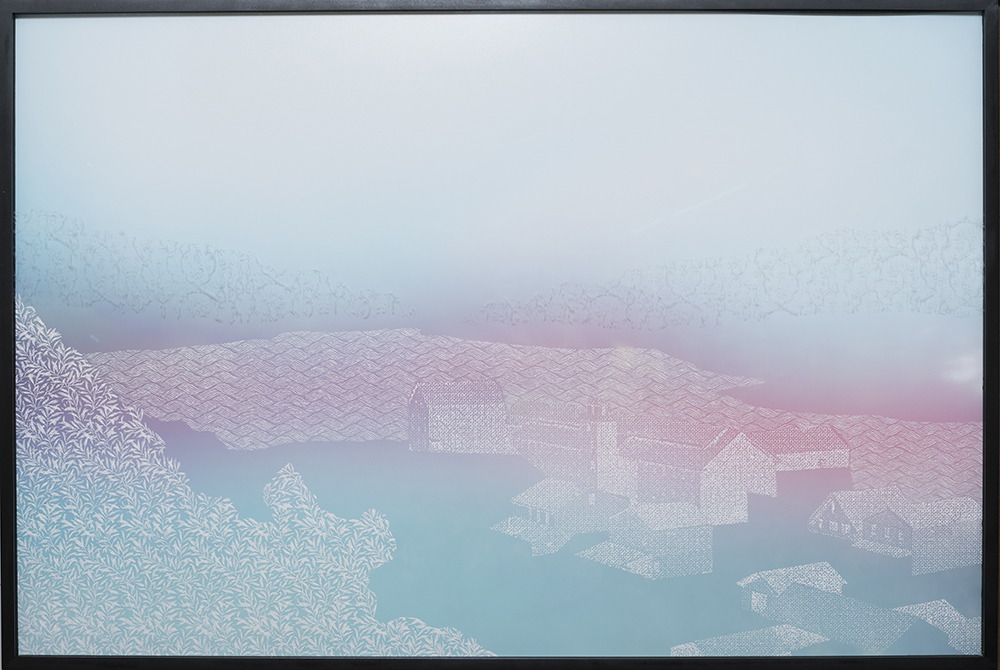