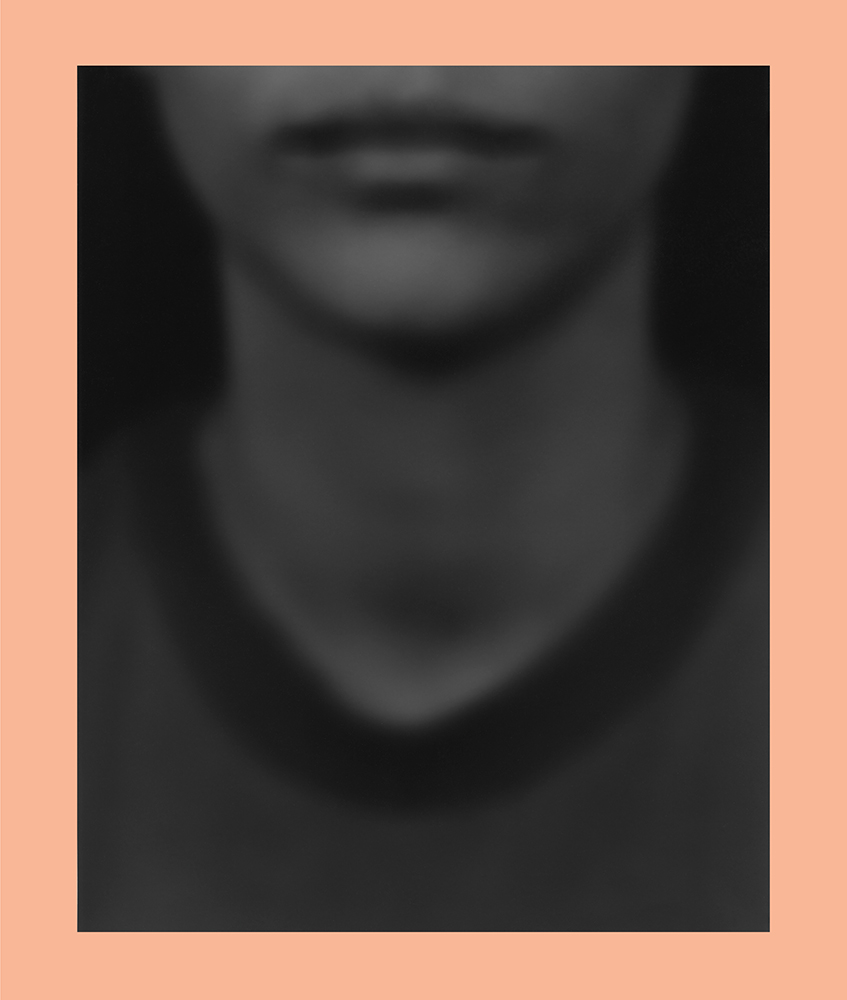 Keeper of the Hearth front cover, published by Schilt Publishers

“In order to see a photograph well, it is best to look away or close your eyes.” – Roland Barthes

Forty years ago, French literary theorist Roland Barthes wrote the Camera Lucida (La Chambre claire), a book and way of thinking that has influenced generations of photographers. Published in 1980, shortly before his death, the book is also a tribute to Barthes’ late mother, Henriette. In it, Barthes discusses a treasured snapshot taken in 1898, known as the Winter Garden photograph. It is an image of Henriette, aged five, that produced a flood of memories of his mother’s essence, yet Barthes never shows us the photograph: “It exists only for me. For you, it would be nothing but an indifferent picture.” This visual conundrum of not seeing the photograph is at the heart of Odette England ‘s remarkable effort, The Winter Garden Project.

“The Photograph does not call up the past. The effect it produces upon me is not to restore what has been abolished (by time, by distance) but to attest that what I see has indeed existed. The photograph possesses an evidential force, and that its testimony bears not on the object, but on time. From a phenomenological viewpoint, in the Photograph, the power of authentication exceeds the power of representation.” -Roland Barthes

In honor of the anniversary of this publication, artist and educator, Odette England has created the Winter Garden Project, funded by a grant from the Mellon Foundation. The project has two parts, the first, a 344-page edited volume of photographs and texts, Keeper of the Hearth: Picturing Roland Barthes’ Unseen Photograph, published by Schilt Publishers. Essayists include Douglas Nickel, Andrea V. Rosenthal Professor of History of Art and Architecture, Brown University; Lucy Gallun, Associate Curator, Department of Photography, the Museum of Modern Art; and Phillip Prodger, Senior Research Scholar, Yale Center for British Art. Foreword by Charlotte Cotton, independent curator and writer. Books are available for sale from Odette’s site (US customers) or from Schilt Publishing.

The second part of the project is an exhibition of over 200 photography-based artists invited by Odette: writers, critics, curators, and historians from around the world what have contributed an image or text that reflects on Barthes’ unpublished snapshot of his mother. The participants are listed here. The result of her efforts is a wonderful compilation of responses to the idea of Winter Garden photograph – including a variety of processes, mediums, vintage and found photographs, and newly created images. The unique and varied perspectives from around the globe, brings a new energy and excitement to the idea of what comprises memory.  The inaugural exhibition will open at the Houston Center of Photography in September 2020.

I asked Odette how the project came about, “In 2017 I was living in Harry Callahan’s former home here in Providence, and spent a year using his former darkroom and thinking a great deal about his work and specifically the many photographs he made of his daughter Barbara. At the same time I was half-way through my PhD and reading Barthes again, mulling over his mysterious winter garden photograph and its possible non-existence. And, at the time it was January so when I wasn’t in Harry’s darkroom or writing my dissertation, I was spending time watching my daughter – then six years old – play in her ‘winter garden’ out the back of Harry’s house in the snow. My daughter was then about the same age as Henriette (Barthes’ mother). Those three things coming together got me interested in potentially doing some kind of project but I knew early on I didn’t want it to be solitary. I didn’t feel I had the ability to talk about the winter garden photograph on my own, it would have felt disingenuous – so it took a while from that point for me to conceive of something collaborative. From then it quickly grew, much faster than I anticipated. People kept saying ‘yes’ and before I knew it I had 100 folks wanting to participate. When I got to 150 I thought, “Wow, I should probably stop now, but folks kept saying yes, or recommending people, and it was wonderful to be part of something that other artists seemed excited about.” 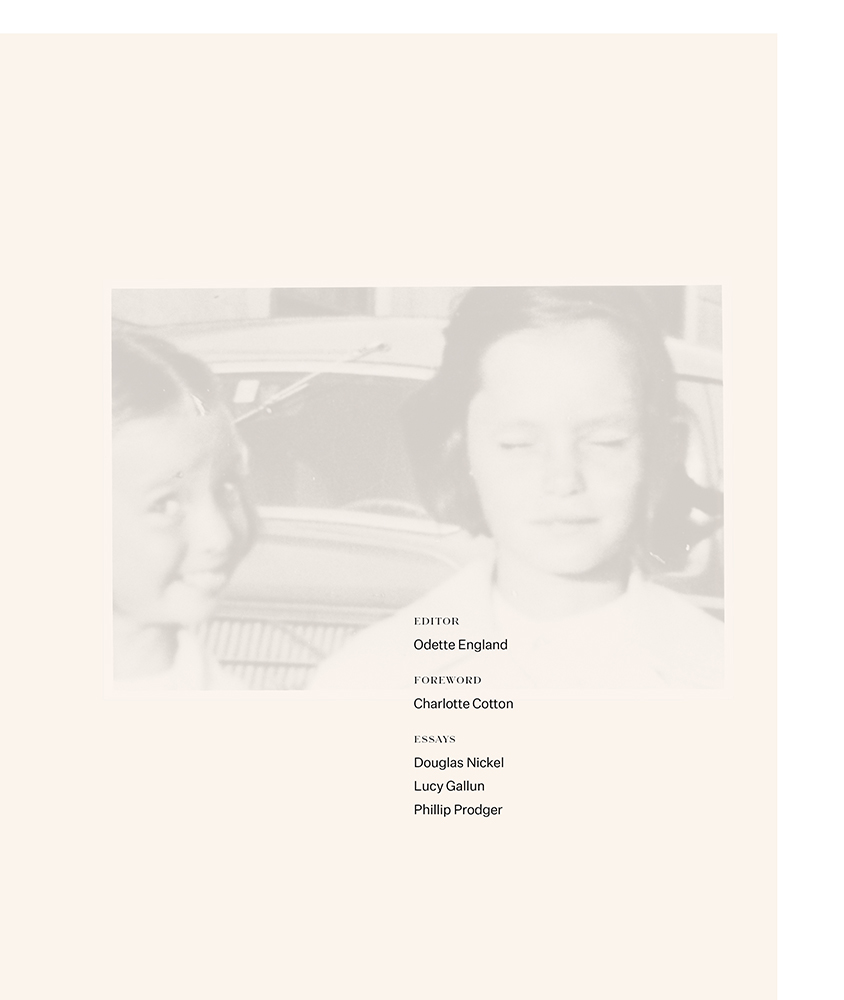 Keeper of the Hearth title page, published by Schilt Publishers 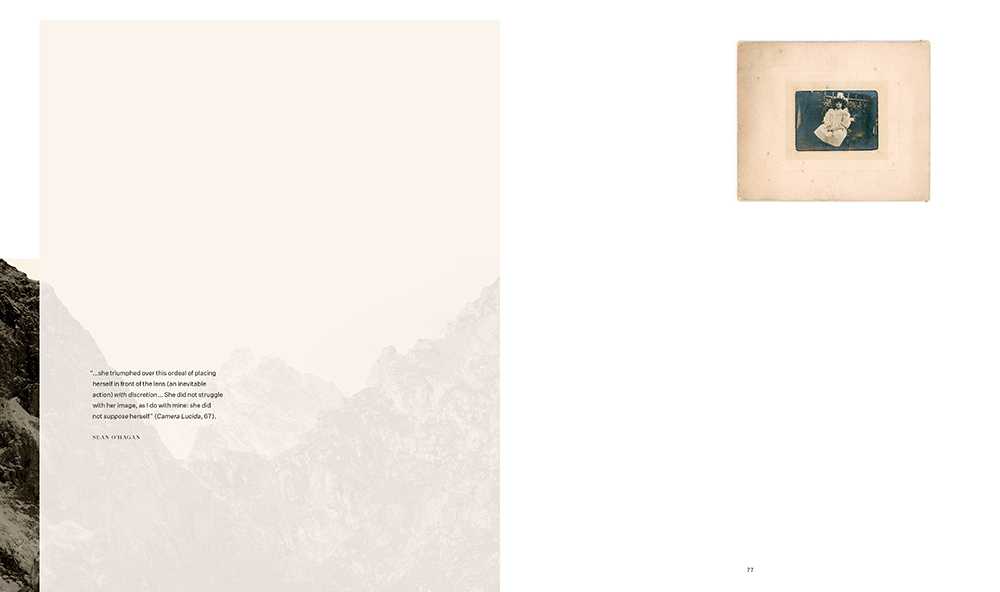 Spread from Keeper of the Hearth, published by Schilt Publishers 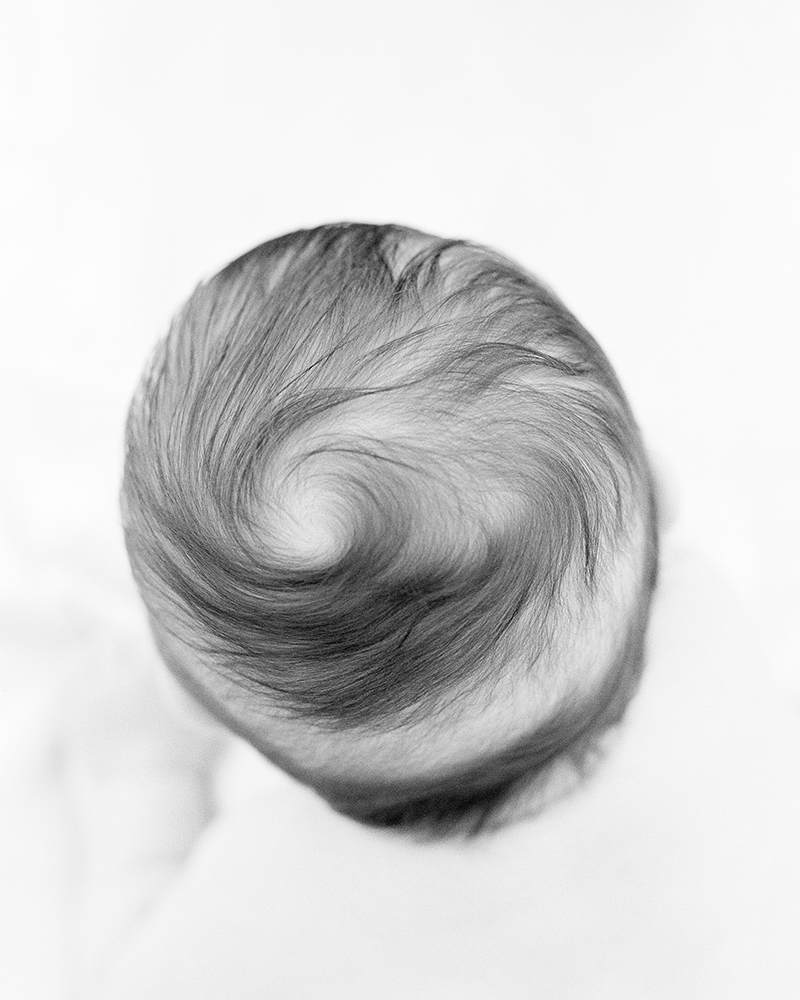 Odette England received an MFA with Honors from the Rhode Island School of Design and a PhD from the Australian National University.

Awards England has received include the Magenta Foundation Flash Forward Emerging Photographers Award (UK winner, twice) and the CENTER $5,000 Project Launch Award. In 2015, she was shortlisted for the Australian Photobook of the Year. England is also a recipient of the HotShoe Magazine Photofusion Photography Award and The Print Center Honorary Council Award for Excellence.

England has given lectures and critiques at Princeton University, Stanford University, Brown University, the School of Visual Arts in New York, Amherst College, the Penumbra Foundation, Kenyon College, the University of Melbourne, and the Art Gallery of South Australia, among others.

England is the director of the Winter Garden Photograph project, for which she received a grant from the Mellon Foundation. This project culminates in her first edited volume Keeper of the Hearth. The book is published by Schilt Publishing, with a foreword by Charlotte Cotton.

England is a permanent US resident and lives and works in Providence, Rhode Island and Long Island City, New York. 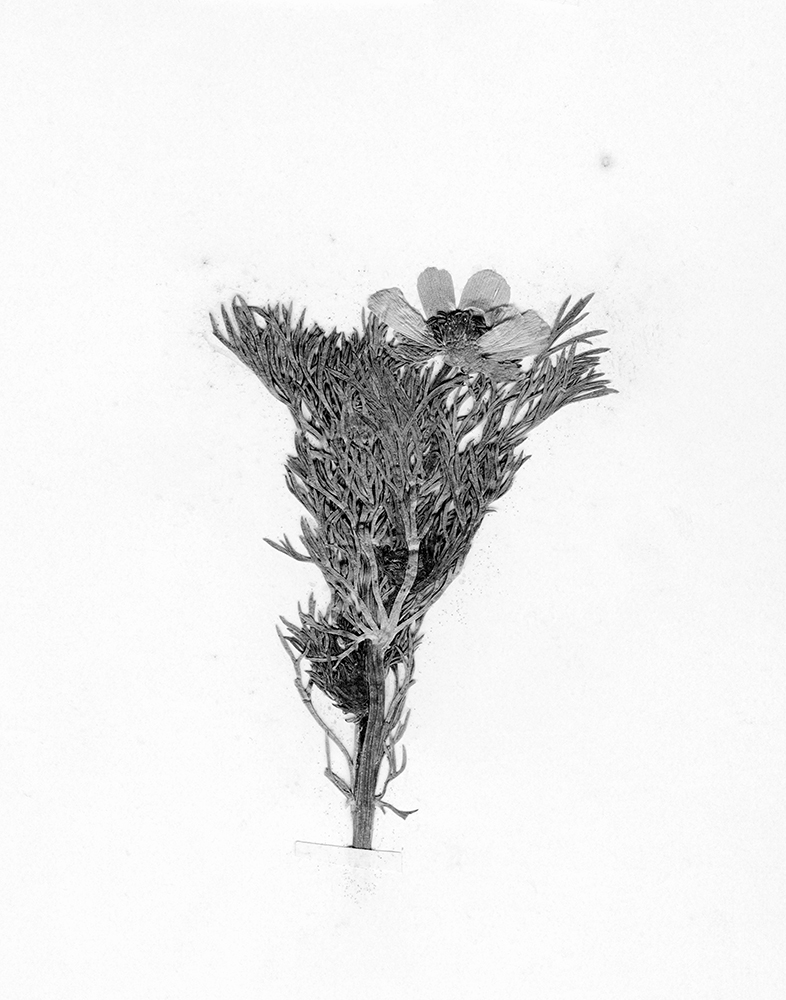 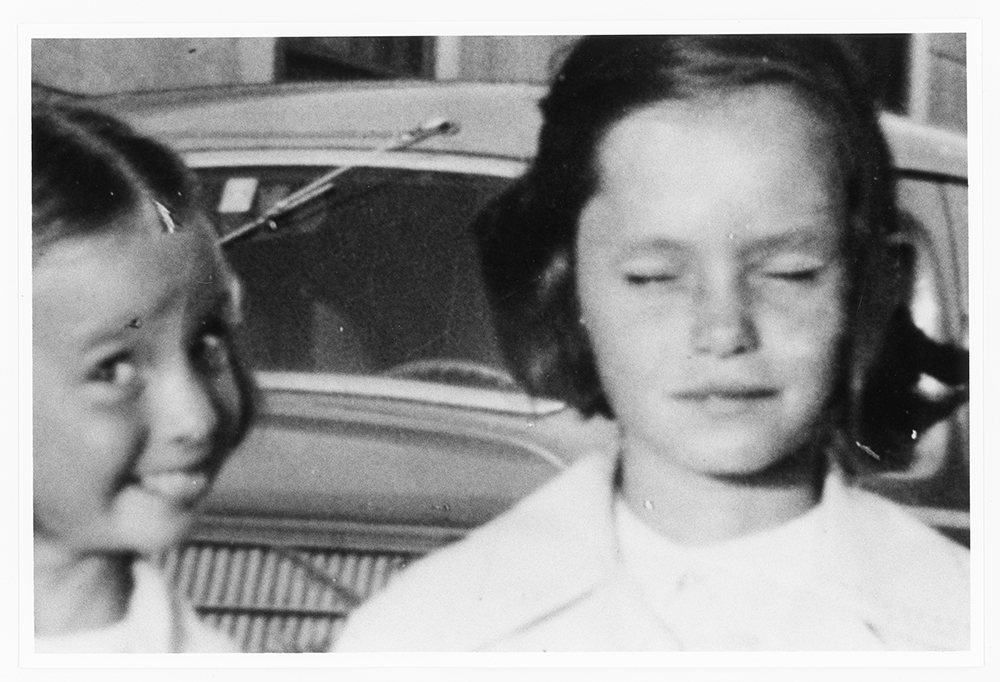 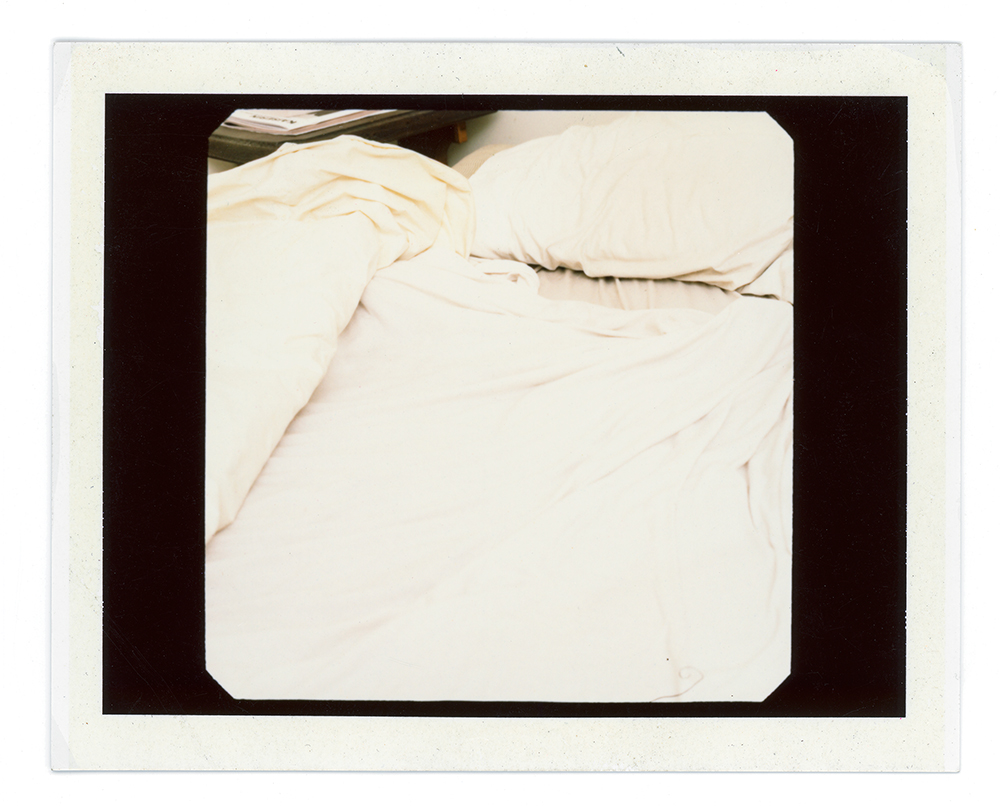 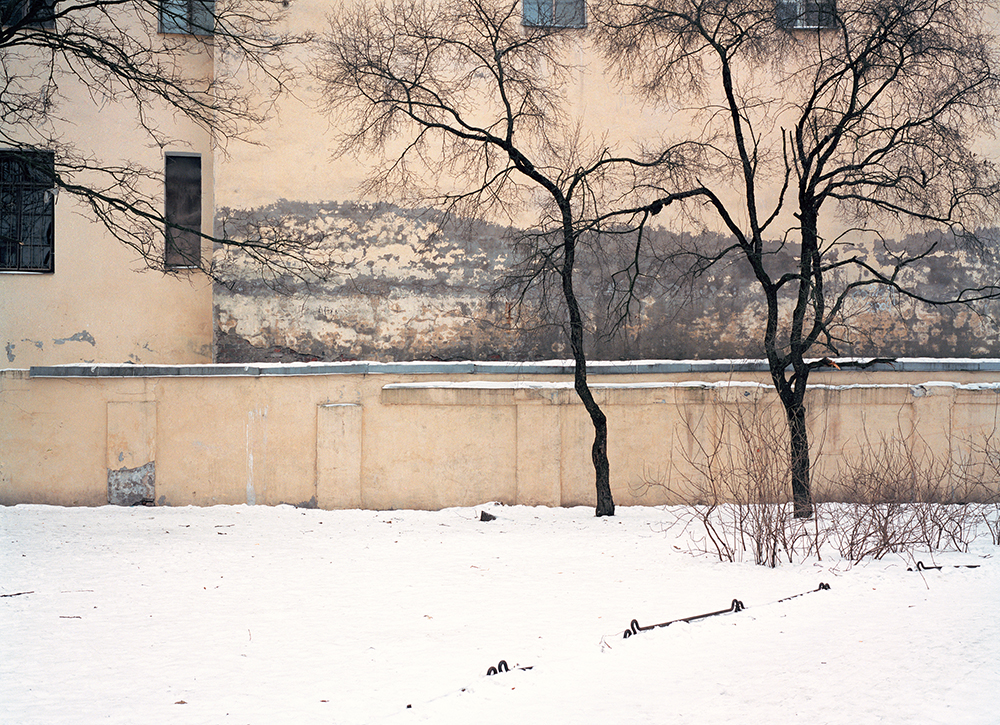 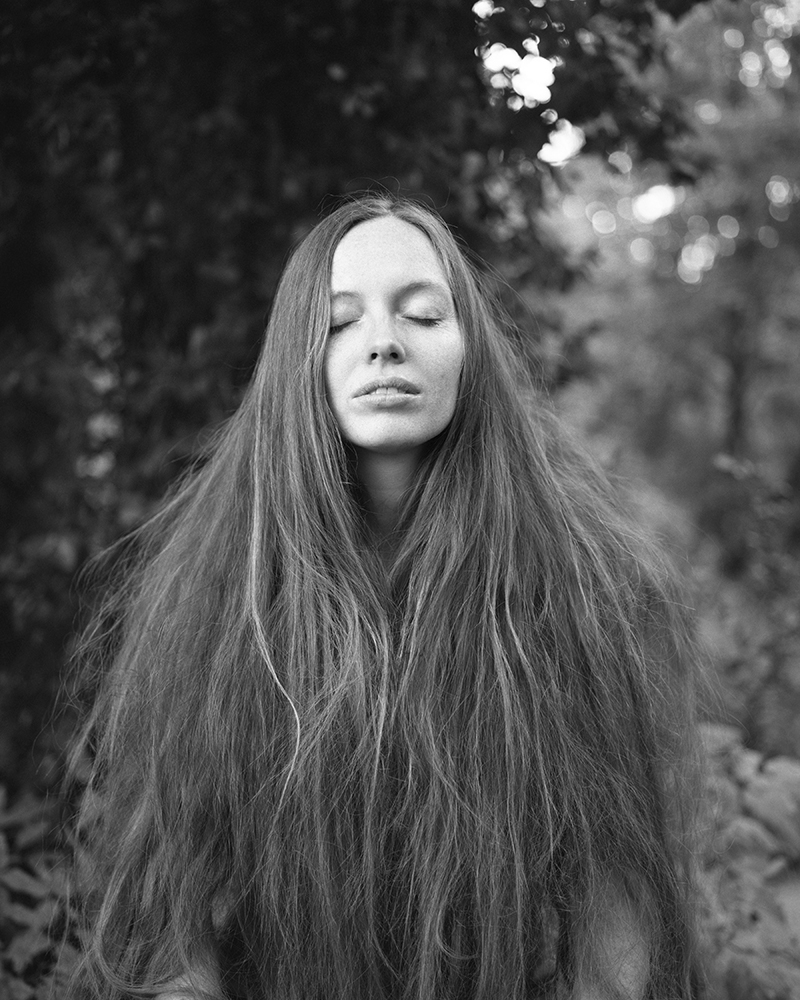 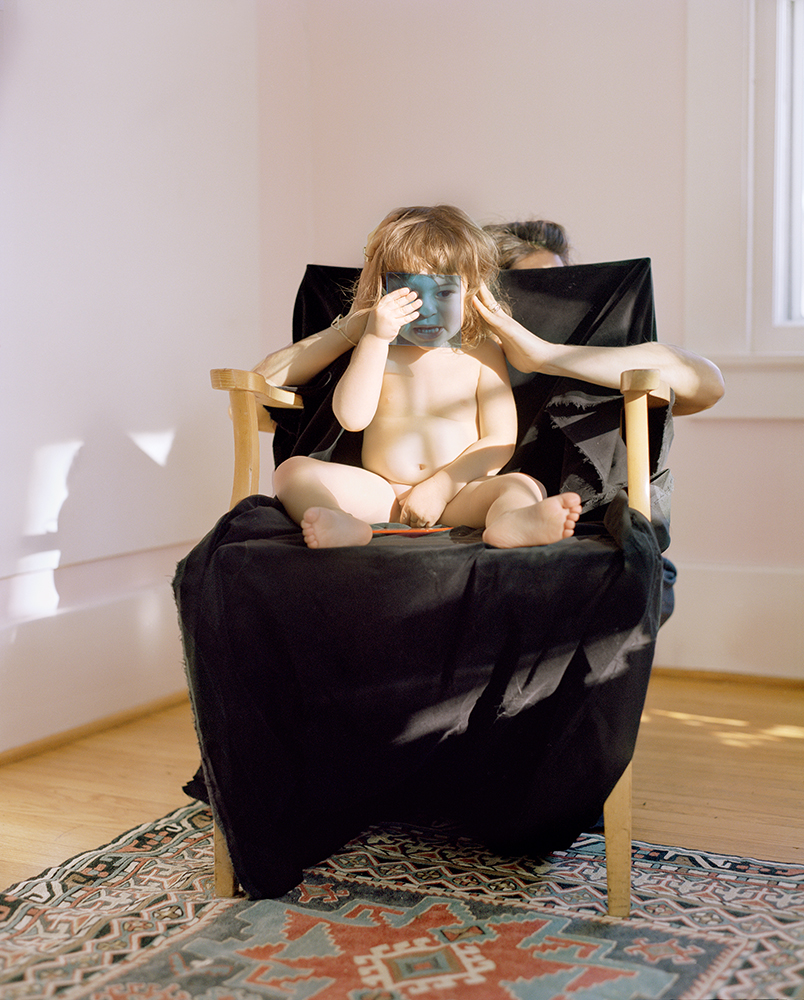 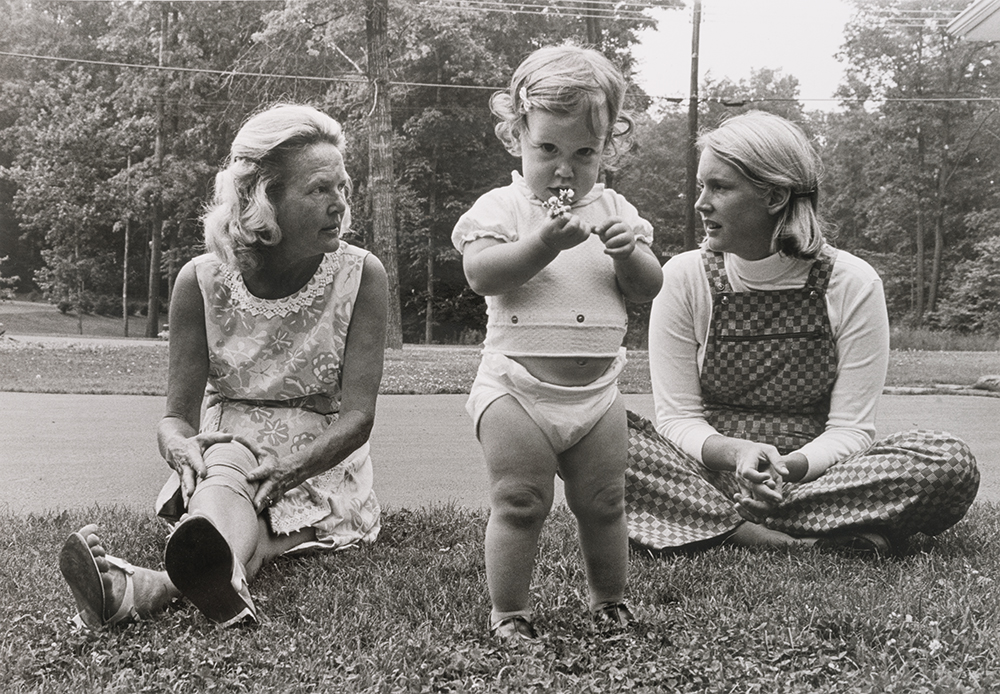 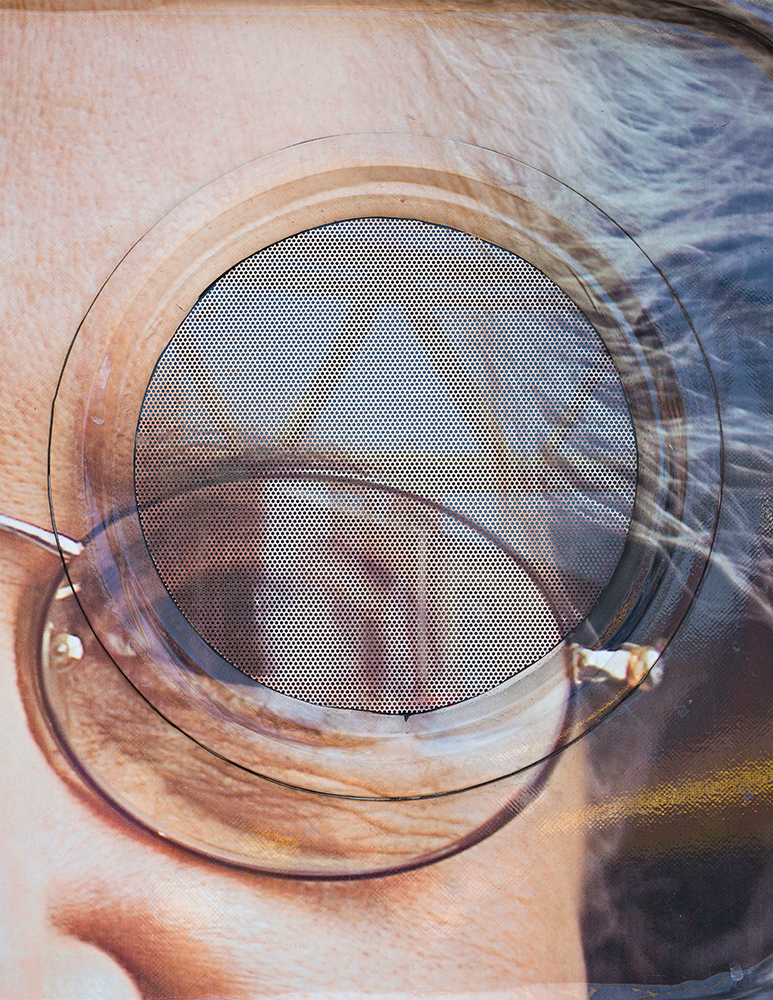 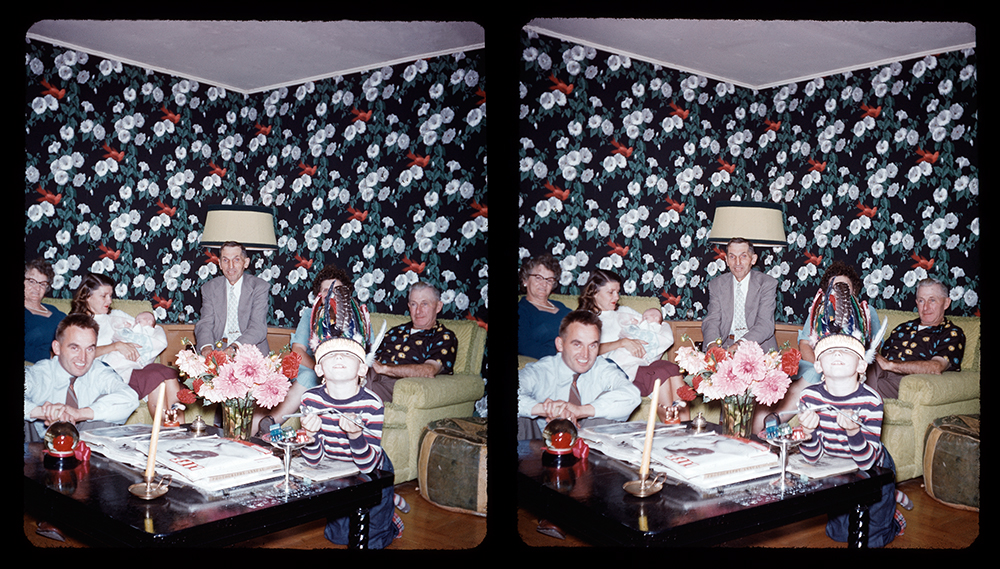 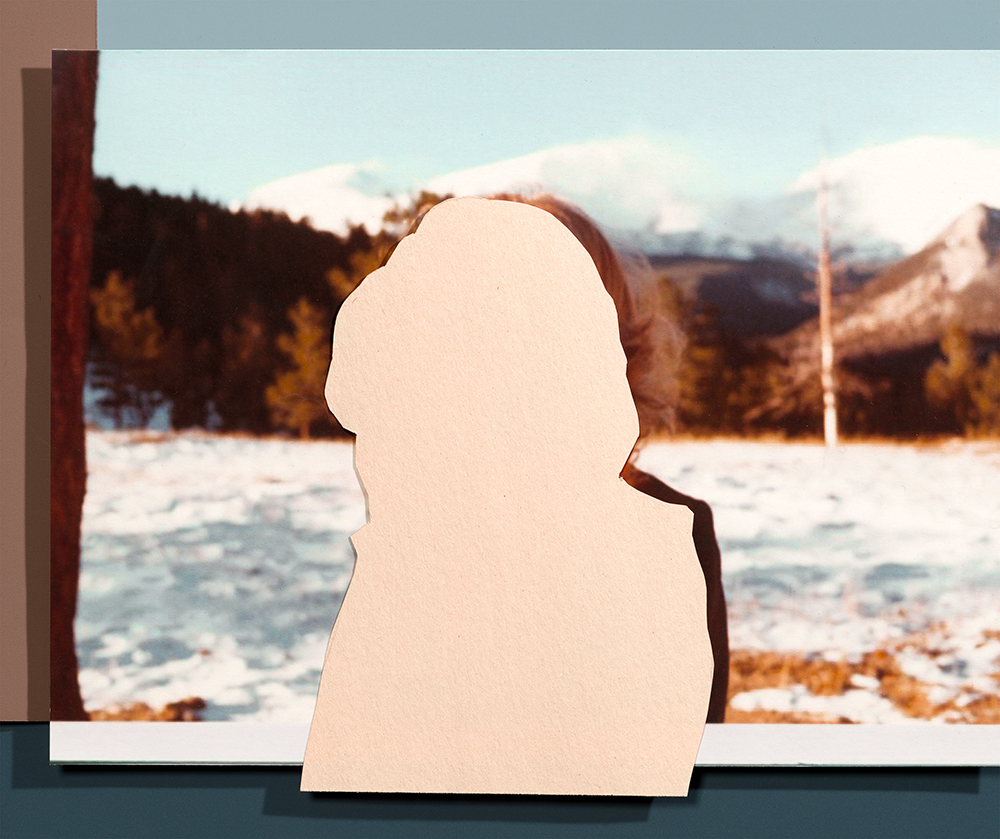 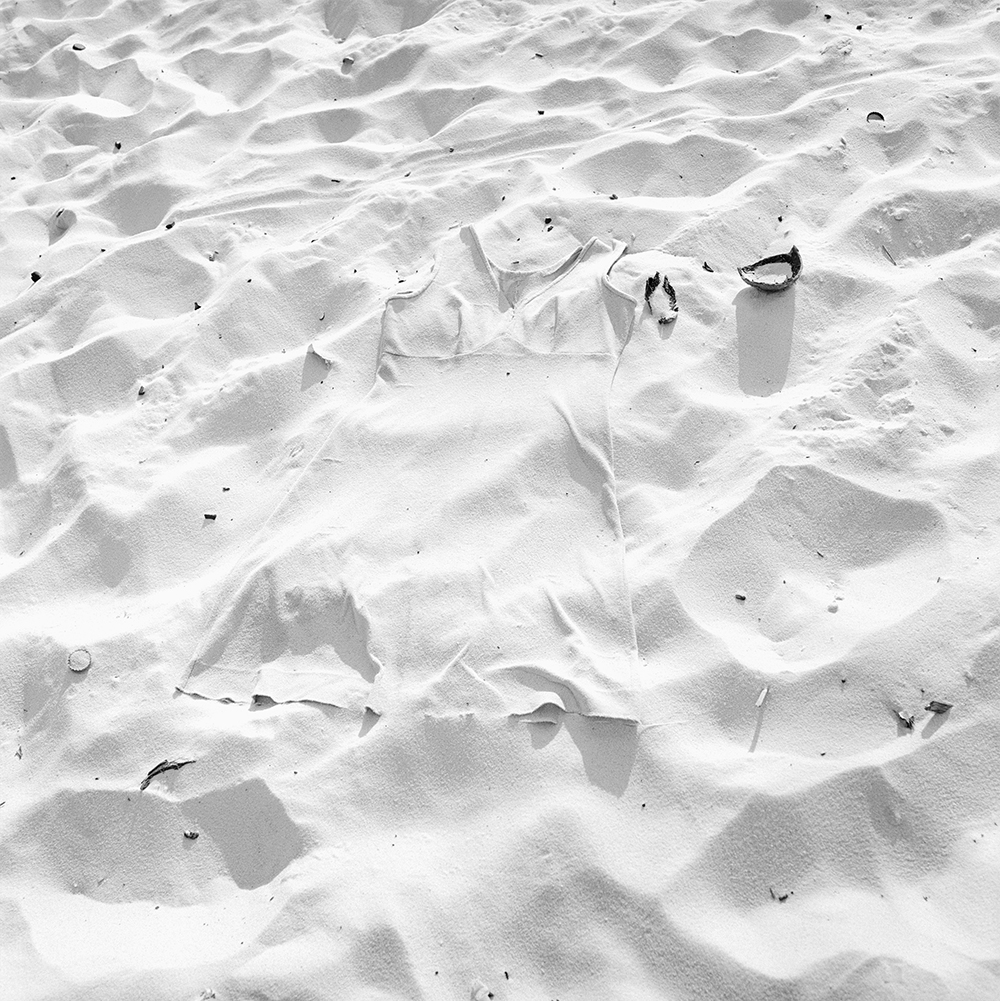 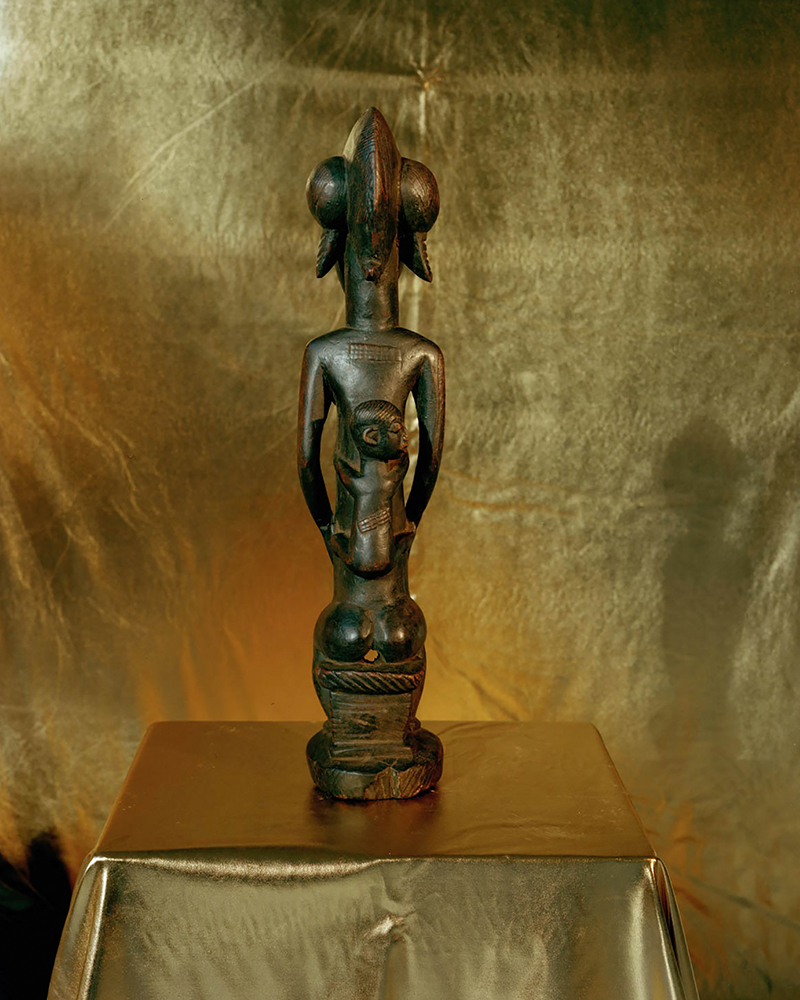 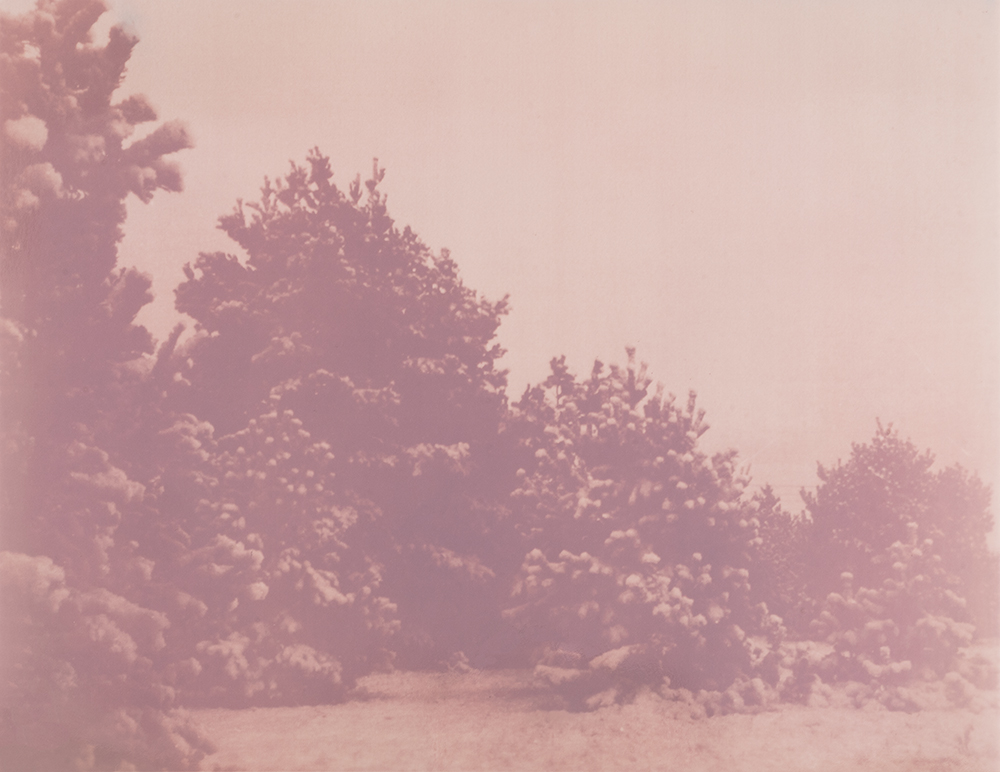 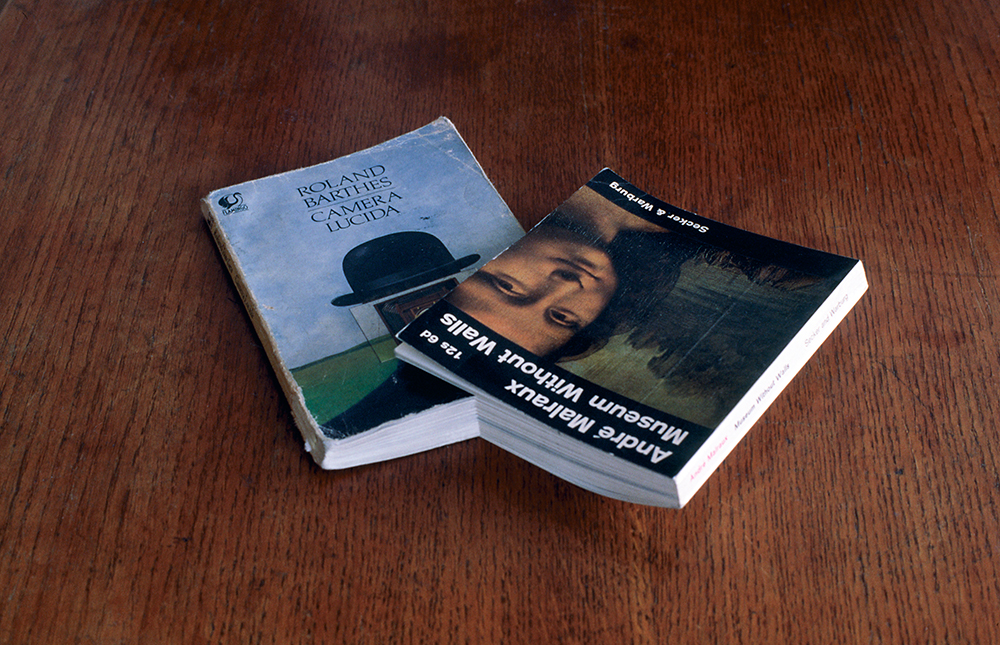