Dotan Saguy: Nowhere to go but Everywhere by Aline SmithsonDecember 14, 2020 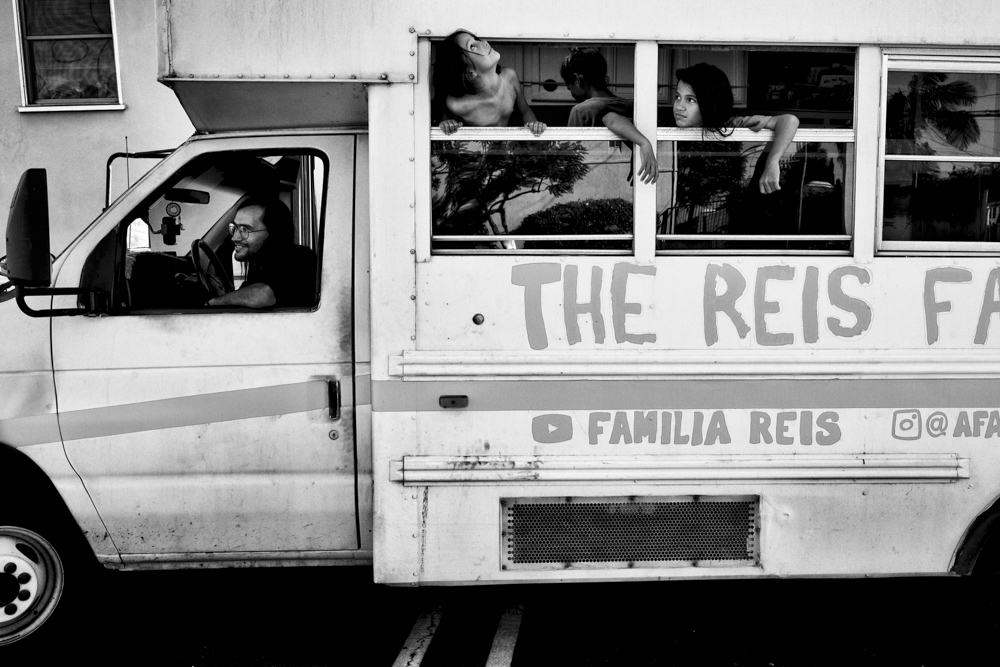 ©Dotan Saguy, The family bus departs from the parking lot of a Mormon Church to find a good spot to spend the day. The family usually seeks day time parking near the beach or by a public park so the children can play freely outside.

When I drive through the streets of Los Angeles, I am overwhelmed by the homeless encampments that are literally everywhere–in door ways, under freeway over passes, in every park in the city–clusters of tents are now a ubiquitous part of the landscape. Covid has only increased the population and the daily consideration of people in need. In addition to the street encampments, a host of families and individuals that have found homes in RV’s and buses that line the avenues and beaches. Documentary photographer, Dotan Saguy has produced a poignant and profound project, Nowhere to go but Anywhere, following one Mormon family from Brazil as they navigate the terrain of finding home, wherever they park their bus. This year long effort is now a book, under the same title, published by Kehrer Verlag. The book starts on the day the family arrives in Los Angeles, and over the months, Dotan shares intimate and authentic portraits of the beauty and chaos of unconventional family life. The book has accompanying interviews that he conducted with the family discussing topics such as immigration, modern parenting, the stigma of homelessness, and questioning one’s religious identity. The book is a testament to being human. Nowhere to go but Anywhere is available now on Amazon. A limited number of signed first edition copies are still available on Dotan’s website.

Dotan Saguy was born in a small kibbutz five miles south of Israel’s Lebanese border. Dotan grew-up in a diverse working class Parisian suburb, lived in Lower Manhattan during 9/11 and moved to Los Angeles in 2003. In 2015 Dotan decided to focus on his lifelong passion for photography after a successful career as a high-tech entrepreneur. Since then Dotan attended the prestigious Eddie Adams Workshop, Missouri Photo Workshop and studied photojournalism at Santa Monica College. Dotan’s award winning photographs have been published by National Geographic, The Guardian, The Los Angeles Times and many others. Dotan teaches street photography workshops for Leica Akademie as well as an online Street Photography Masterclass based on the unique methodology he developed for his own work.

In 2018 Dotan’s first monograph about the endangered culture of Venice Beach, CA was published by famed German publisher Kehrer Verlag and was awarded Bronze by the prestigious Deutscher Fotobuchpreis 2018-19. Dotan’s second monograph was released by Kehrer Verlag in September 2020. This new body of work documents the everyday life of a family of vehicle dwellers with their three young children on the streets of Los Angeles. Unfortunately all exhibits have been cancelled for the moment due to Covid. Details about my new online street photography masterclass are at http://courses.dotansaguy.com. 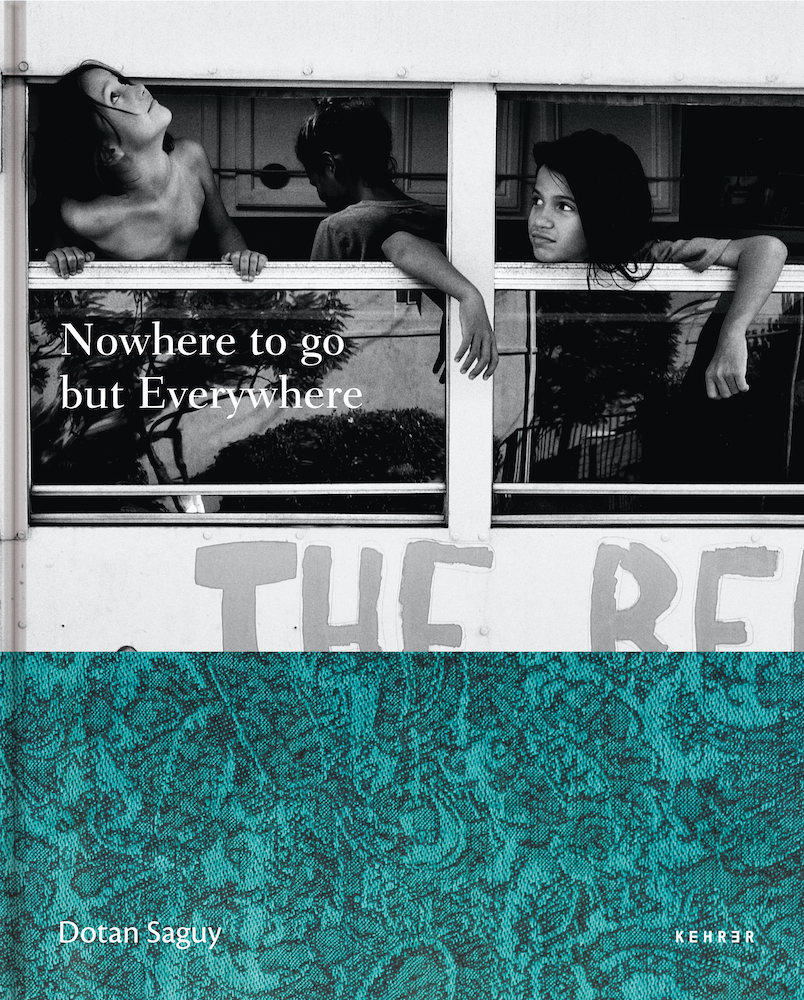 ©Dotan Saguy, Book Cover for Nowhere to go but Everywhere

Nowhere to go but Anywhere
I met the Reis family, Mormons from Brazil, the day they arrived in Los Angeles with their three children in the yellow school bus they call home. They had come to the United States two years prior to chase the American Dream. Unable to find happiness in a consumerist society they decided to try an alternative lifestyle allowing them to spend more time as a family and discover the world together through travel. In this body of work I document their trials and tribulations over a ten-month stay in the City of Angels as they struggle as vehicle dwellers, improvised mechanics, unconventional parents, and experimental bread winners while seeking happiness as a family.  – Dotan Saguy 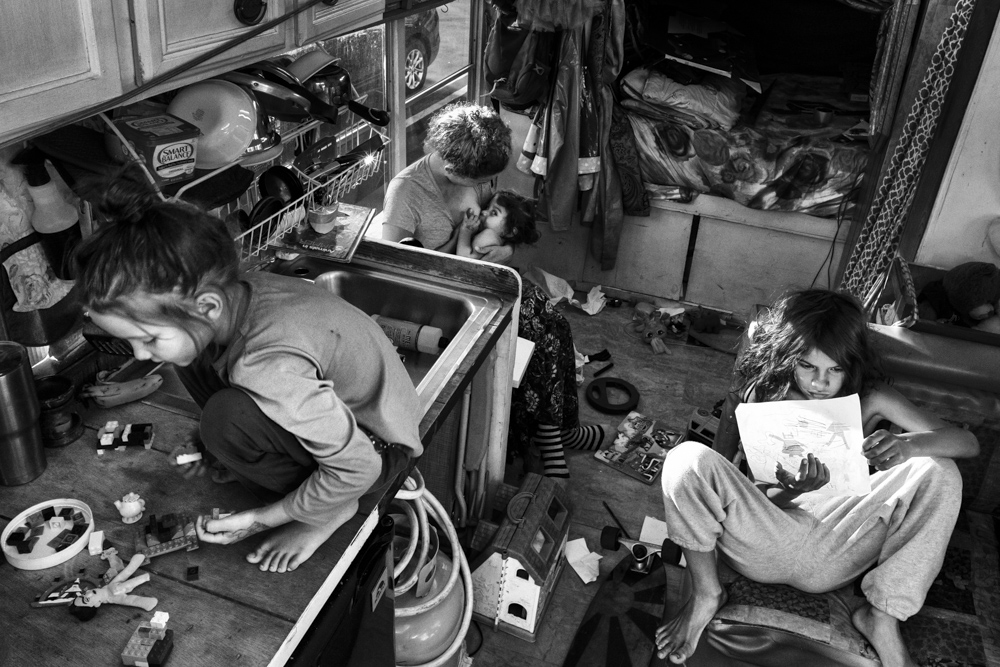 ©Dotan Saguy, With three active young children sharing a few square feet of space, the bus quickly turns into somewhat of a war zone with toys and crafts scattered everywhere. 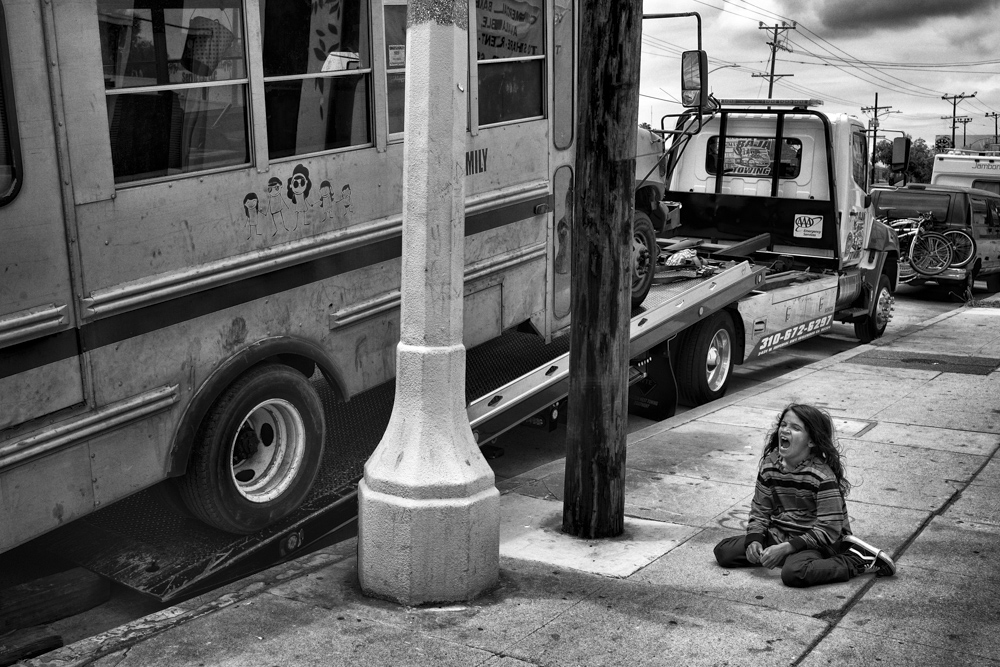 ©Dotan Saguy, 10-year-old Kal-El is visibly distraught at the sight of his home being taken away by a tow truck. 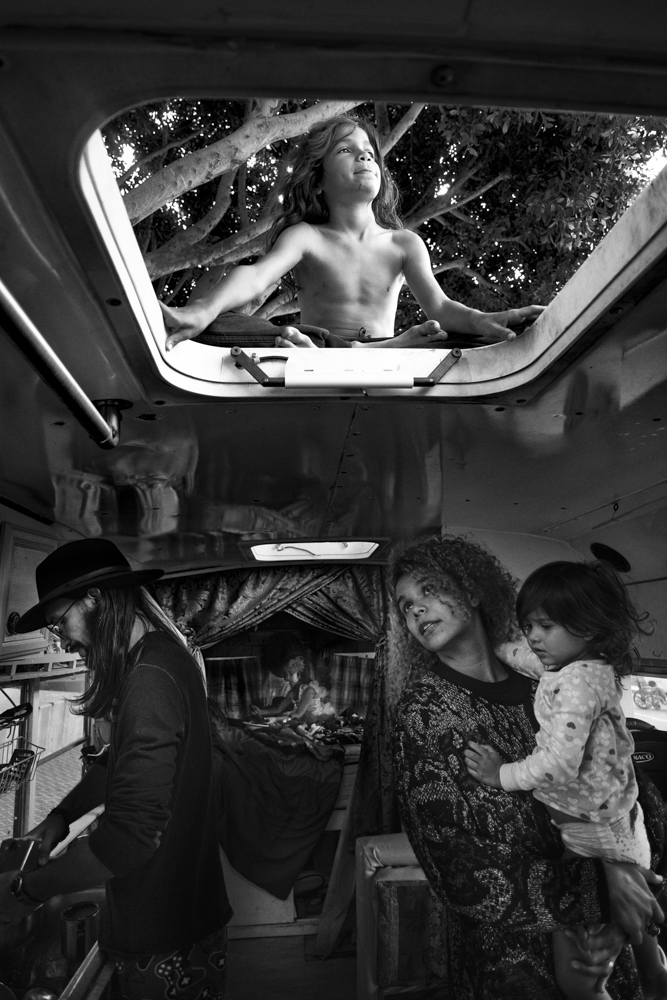 ©Dotan Saguy, Kal-El sits on top of the family school bus gazing at the street like a young Tarzan watching over the jungle. 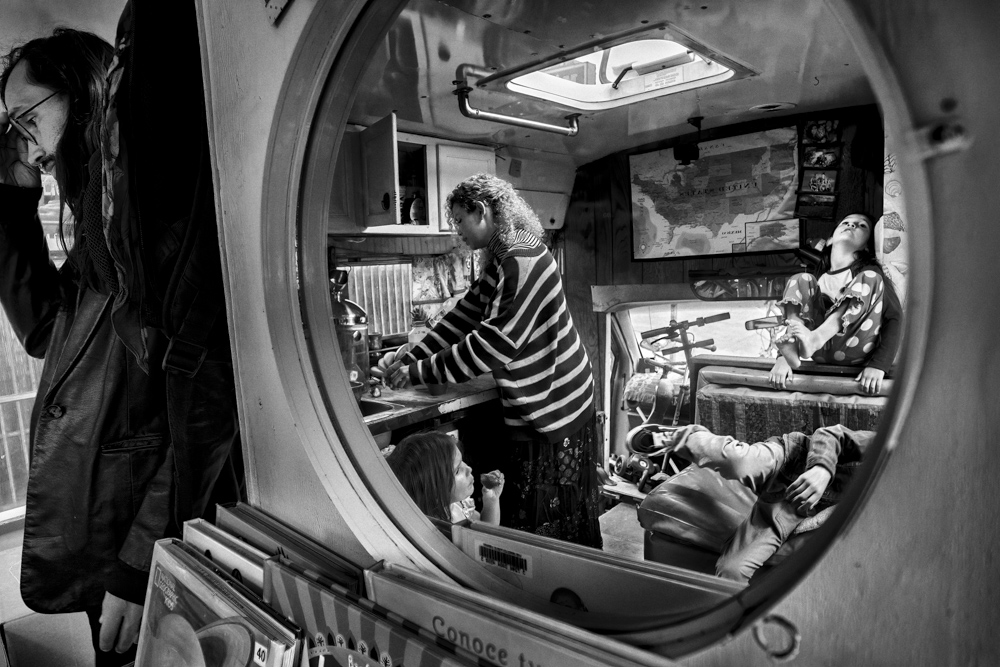 ©Dotan Saguy, Lua pensively eats a strawberry while her siblings jump on the passenger bench, Greice washes the dishes and Izzy is deep in thought. Everyone adapts to living in tight quarters by finding their own mental space. 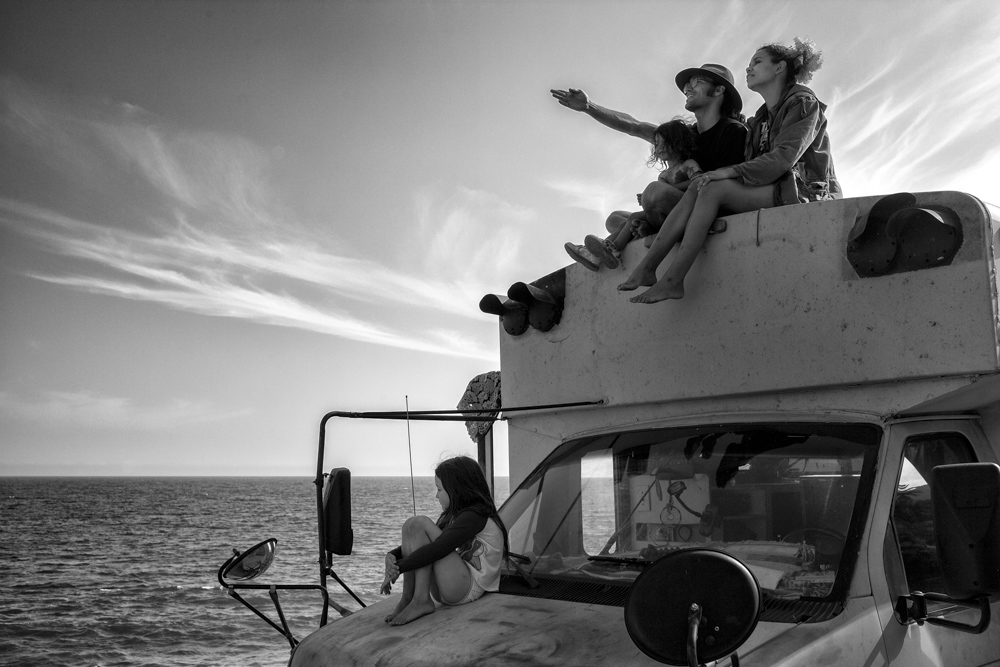 ©Dotan Saguy, Parked for the day by the Pacific Coast Highway, the Reis survey the unobstructed ocean view from the roof of their vehicle. 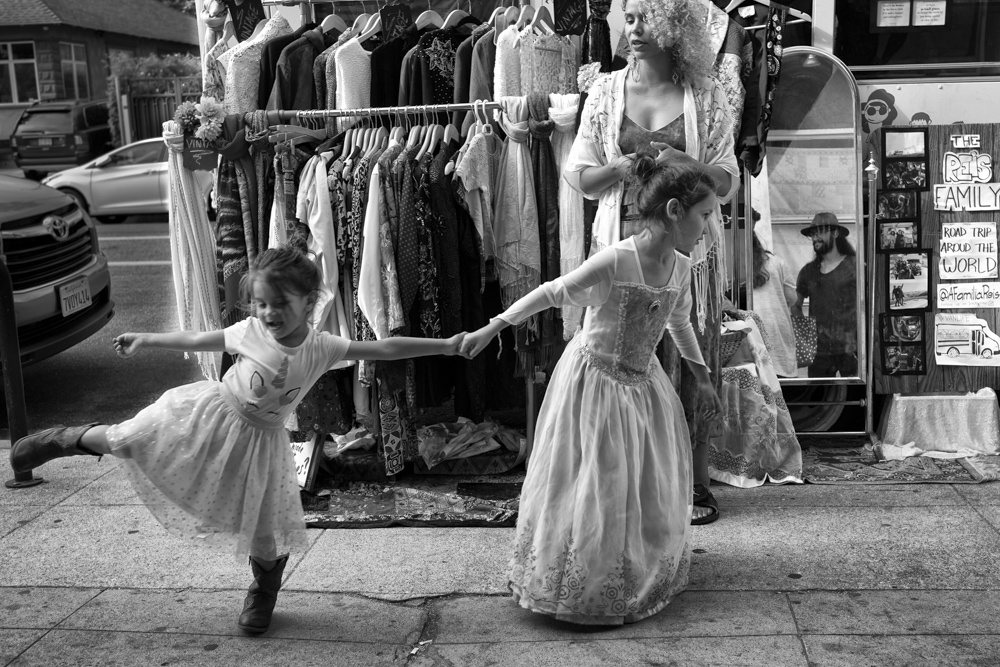 ©Dotan Saguy, 6-year-old Flor drags her 3-year-old sister Lua by the hand as they play in front of their parents’ improvised vintage clothing display on Venice’s popular Abbott Kinney Boulevard. 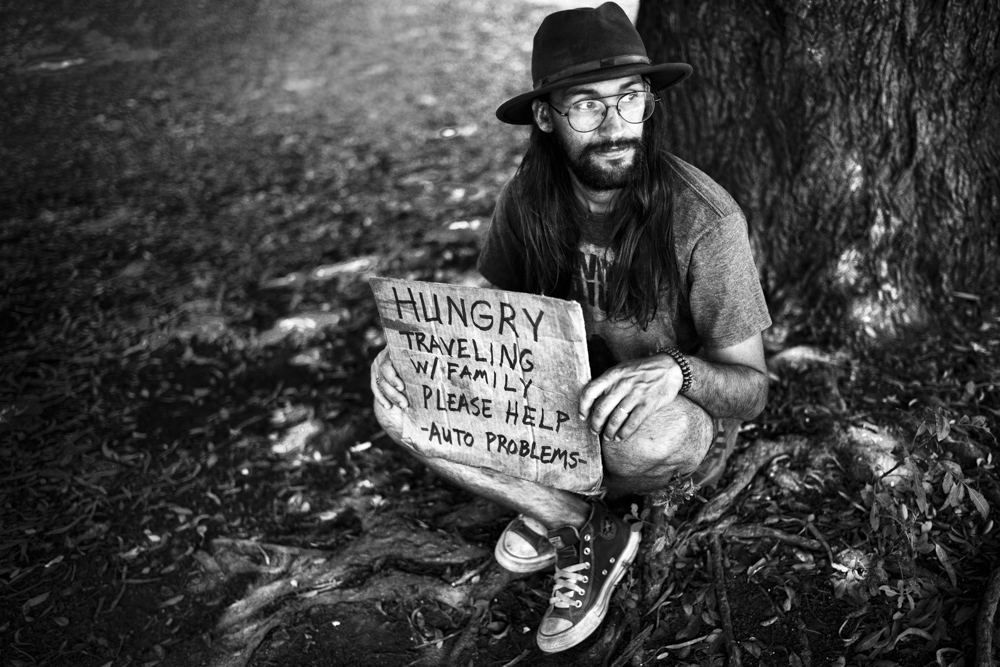 ©Dotan Saguy, Izzy reenacts the darkest and most shameful episode of the family’s life on the road when he had no choice but to panhandle in order to feed his family. 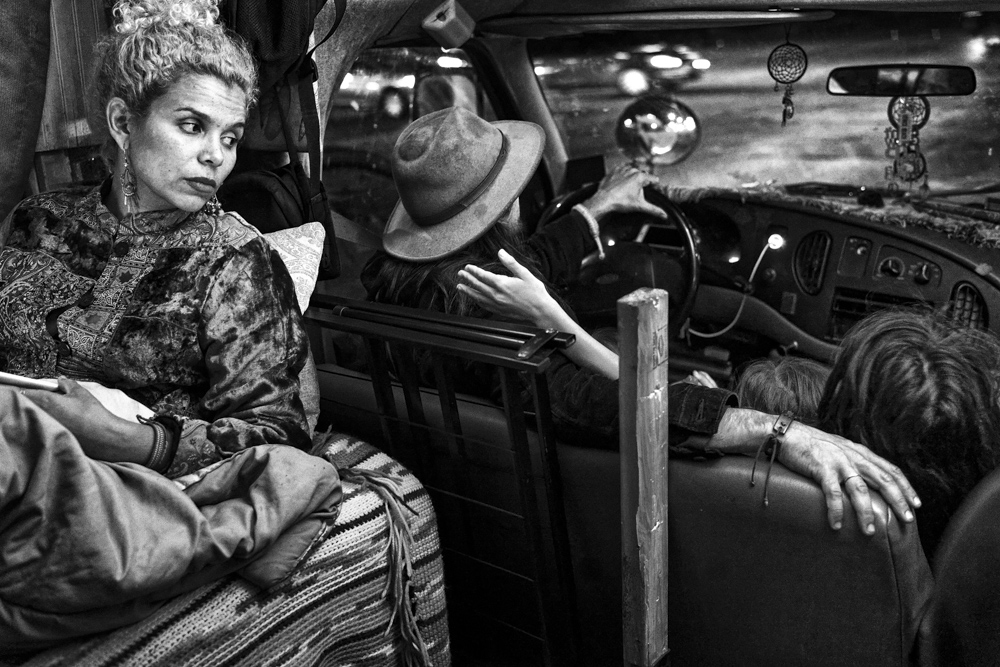 ©Dotan Saguy, Ismael drives around on the dark streets of West Los Angeles to find a safe overnight parking spot for his family. 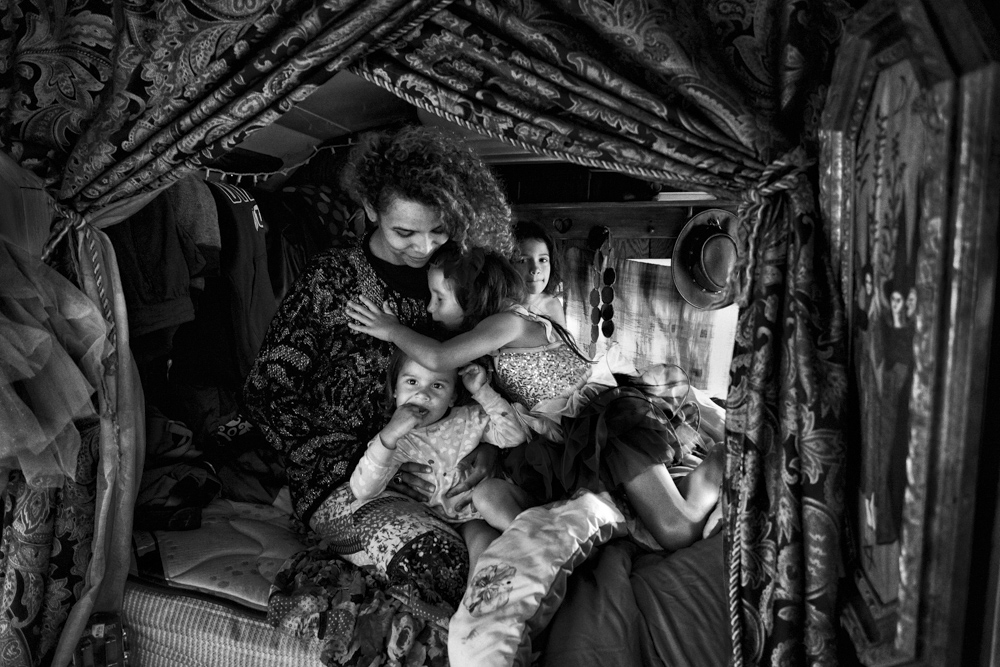 ©Dotan Saguy, Greice hugs her two daughters in the back of the bus. Spontenous effusive signs of affection are a frequent occurrence for the Reis who spend 100% of their time together. 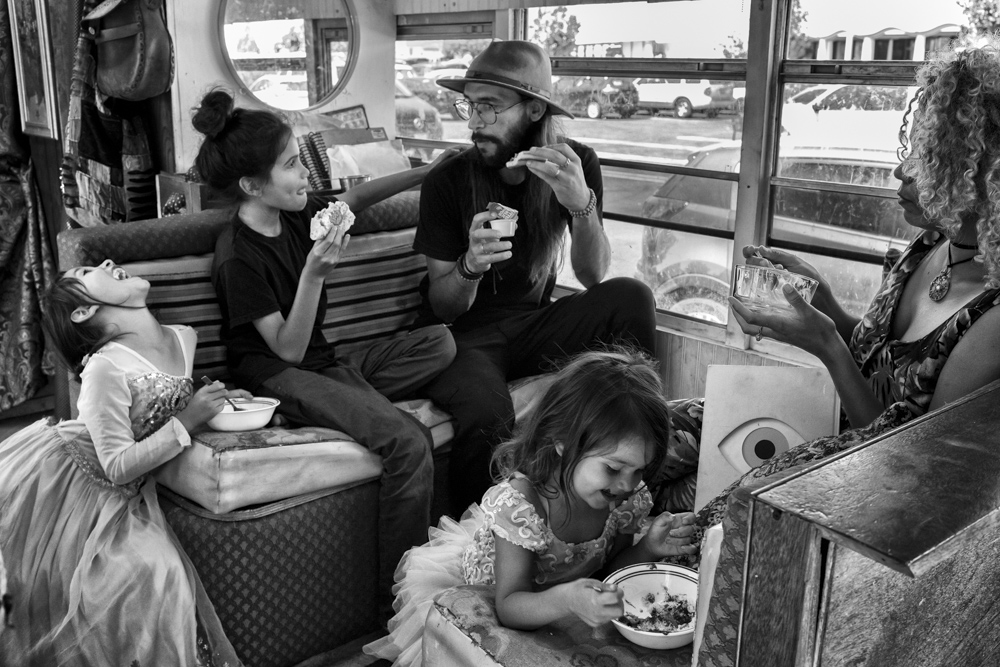 ©Dotan Saguy, There are no conventional meals in the Reis household: Each family member has their own dietary preferences, eats whenever they’re hungry, and of course there’s no such thing as a dinner table. 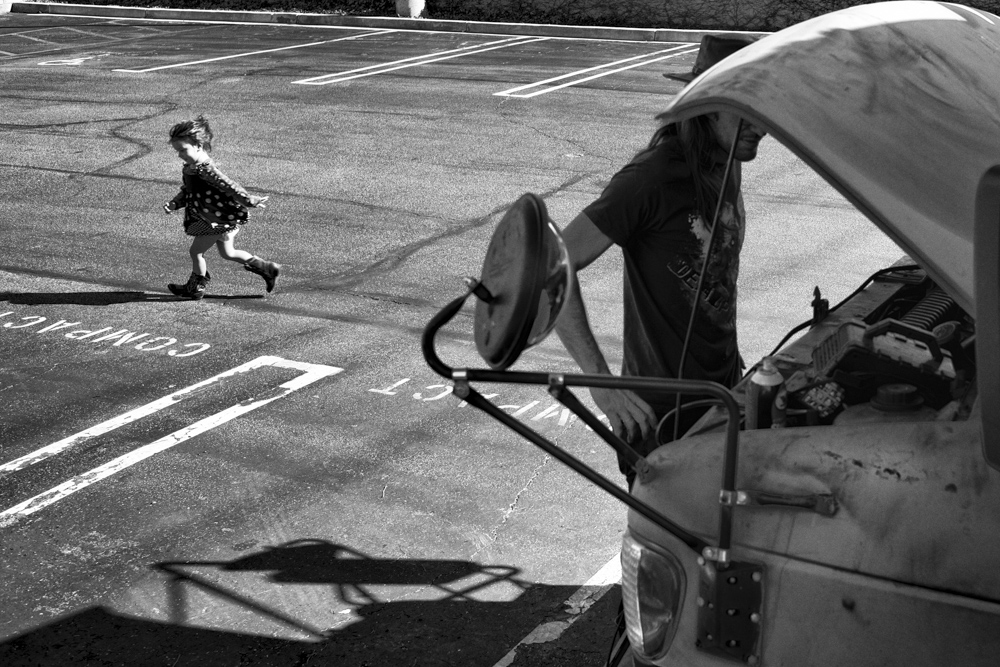 ©Dotan Saguy, Little Lua runs around the church parking lot carefree, while her dad attempts once again to fix the family bus hoping to avoid an expensive repair bill the family can not afford. 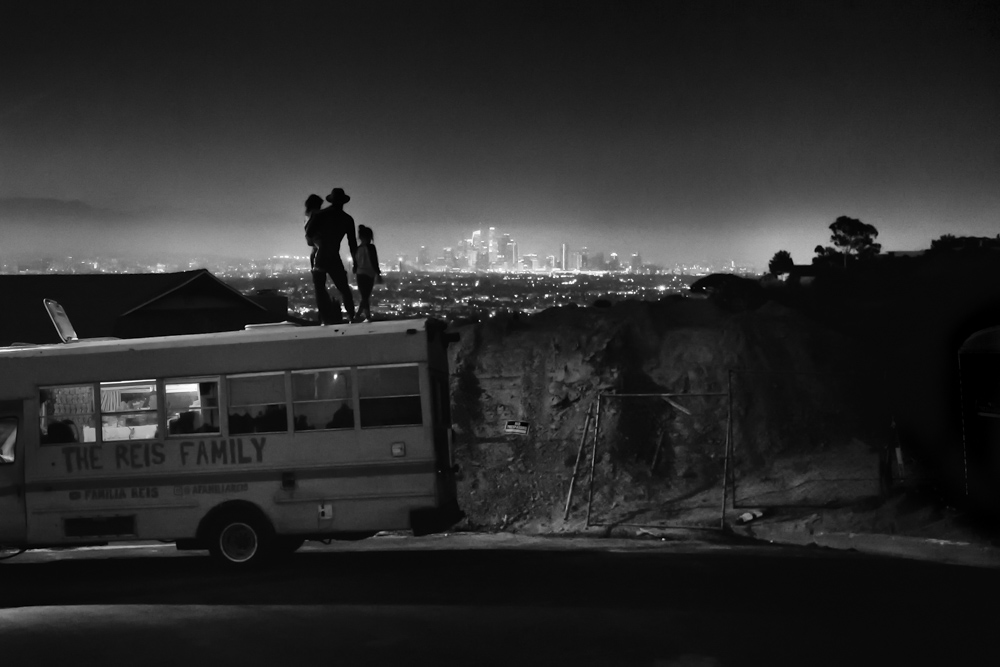 ©Dotan Saguy, Izzy and his two daughters enjoy the view from the top of the family bus as the the Los Angeles city lights flicker below. 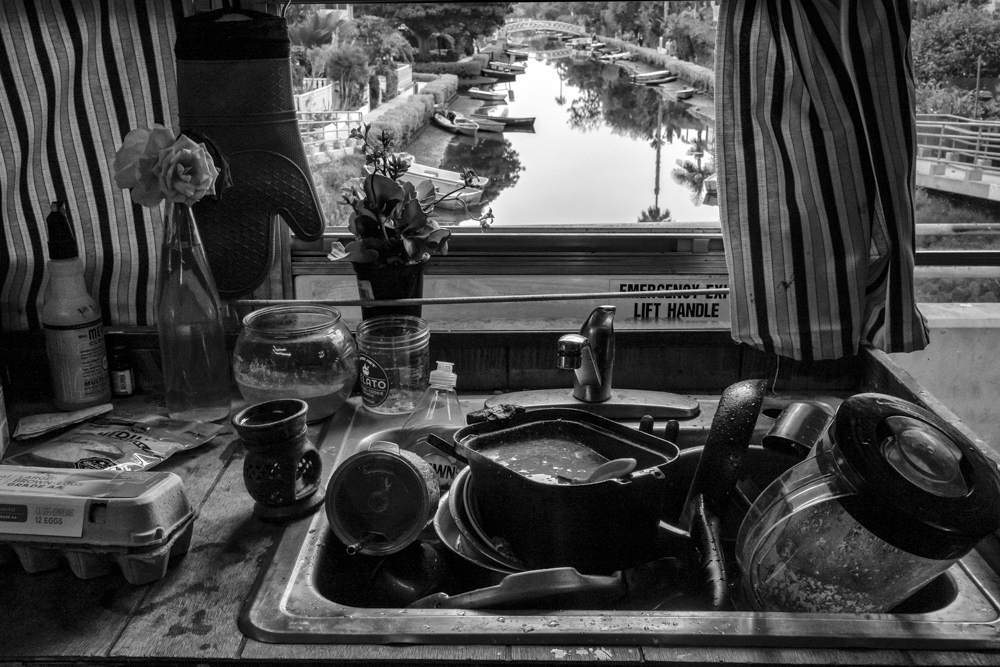 ©Dotan Saguy, The reality of a kitchen sink overflowing with dishes merges with the dreamy background of the Venice Canals.