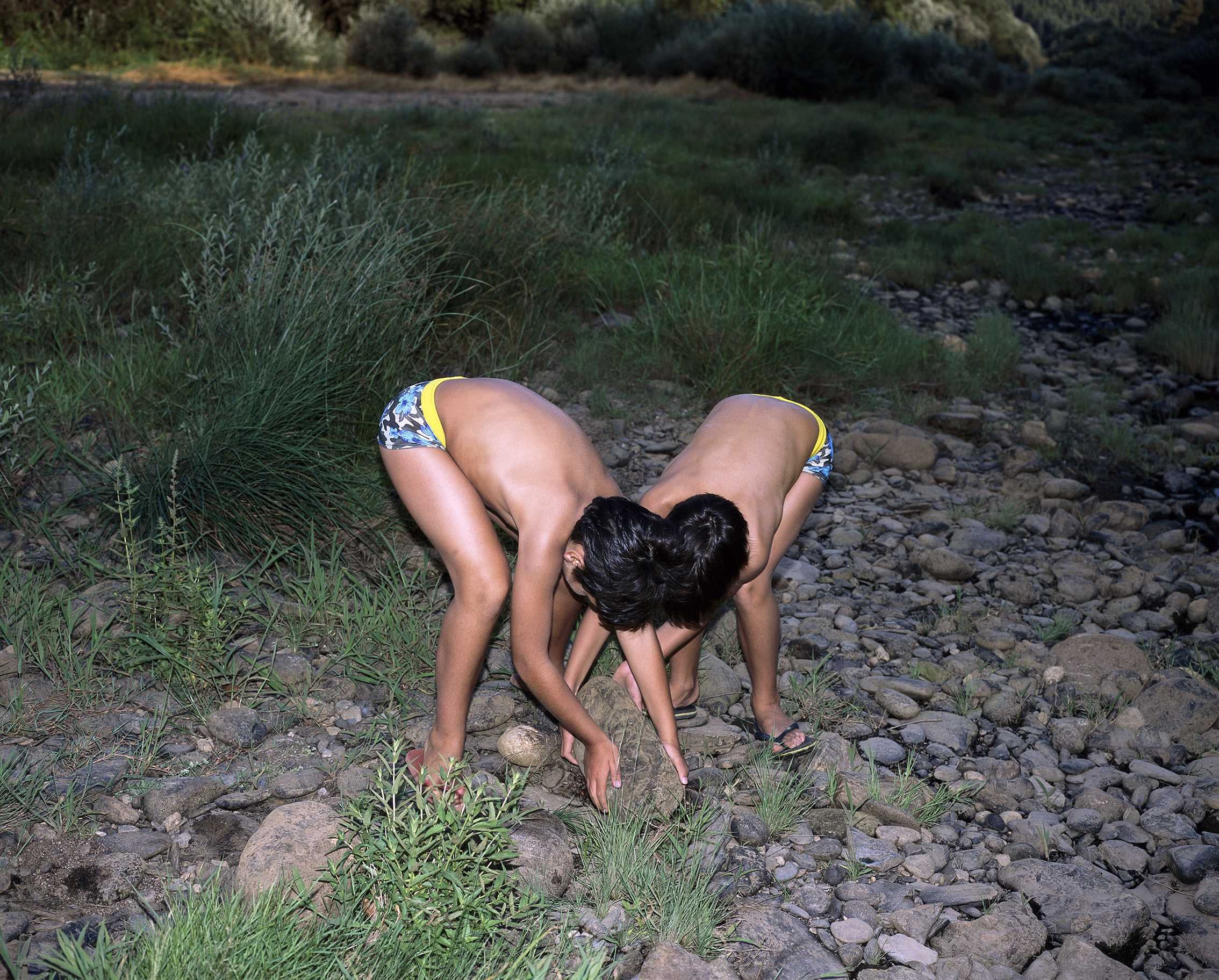 Today we present the work of Tito Mouraz, a Portuguese photographer from the interior north of the country. He too, enjoys to photographically approach the themes of landscape, memory, myth and nature.  The first major work in Tito Mouraz’s career was Open Space Office, about the exploration of nature’s possibilities by humans, and the radical transformation it operates in the landscape.  Developed in Portugal’s marble quarries during three years, it reveals a paradox, in the sense that while human interventions in nature can lead to unprecedented destruction, they can also create beautiful images. A comforting idea, that it is still possible to find poetry in destruction. He approaches many of the primordial elements that are apparently constitutive of a particular gaze from the region. In Open Space Office, I am particularly drawn to the image where one can notice a crack in one of the walls. Not coincidentally, a few years later the collapse of a marble quarry in Portugal raised questions on the safety of such places. 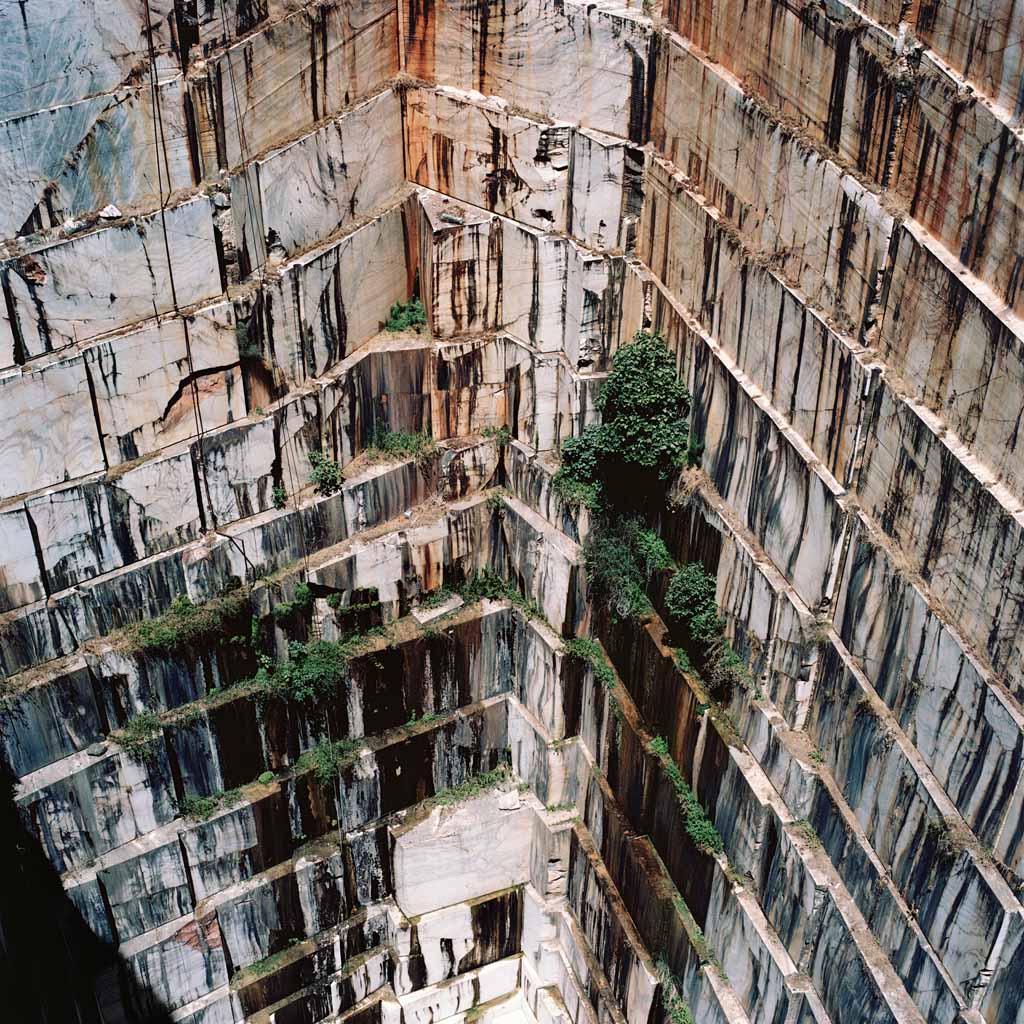 From then on, Tito devoted himself to “The House of the Seven Women”, a work that has a starting point in a myth, that “Seven sisters lived in a house, all spinsters. One of them was a witch. On the nights of the full moon, the women would fly, in their white gowns, from the balcony to the leafy branches of the chestnut tree on the other side of the street. From there they would seduce the men who passed by.” Shot in black & white, in this work  one can feel a way of life progressively vanishing, that of agriculture, but also the changing demographics of the countryside. It is, one can say, an ethnographic work, but also a concern on the feeling of a region, the myths, the taboos, all of those elements that in the end define a culture, an identity, a place. 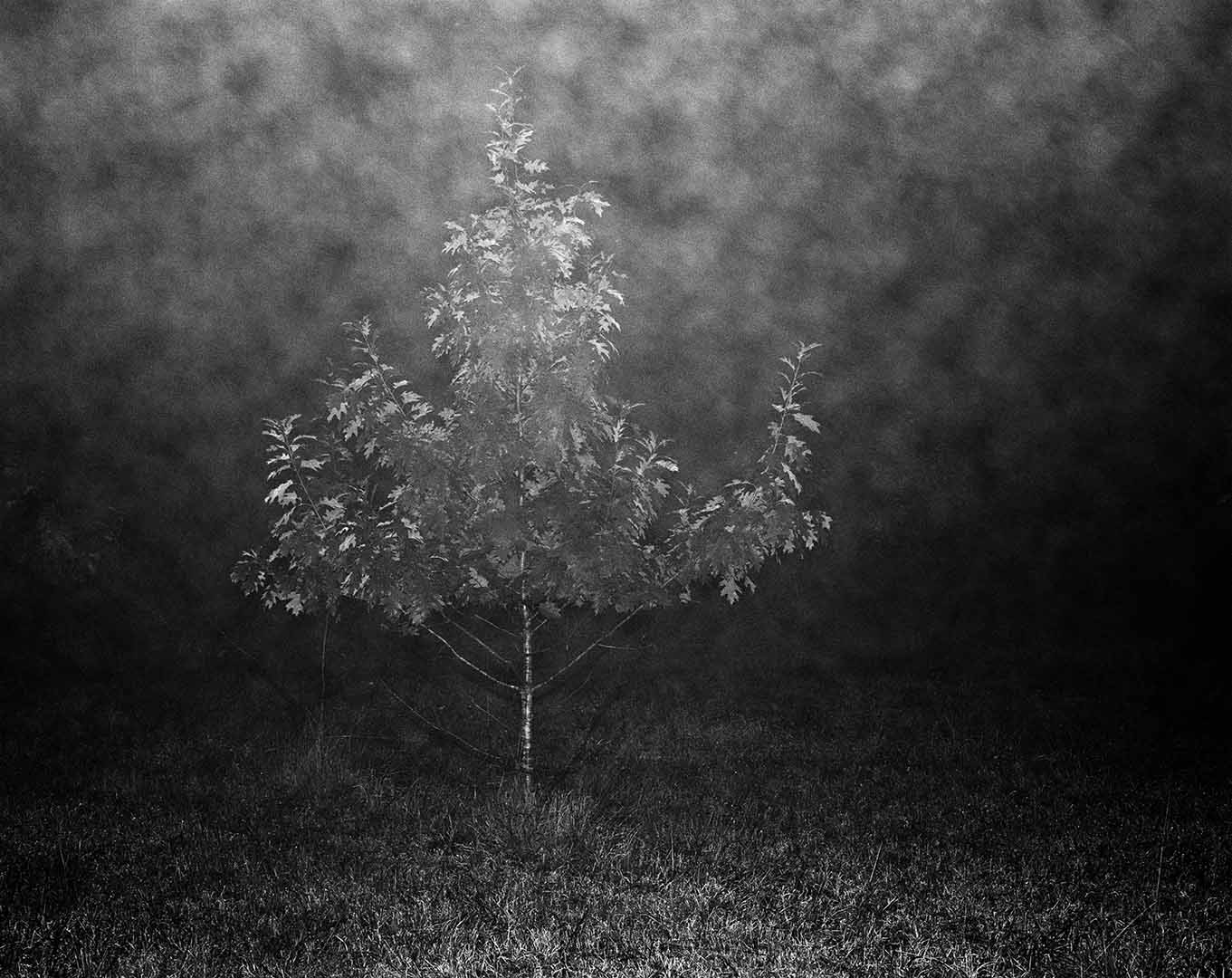 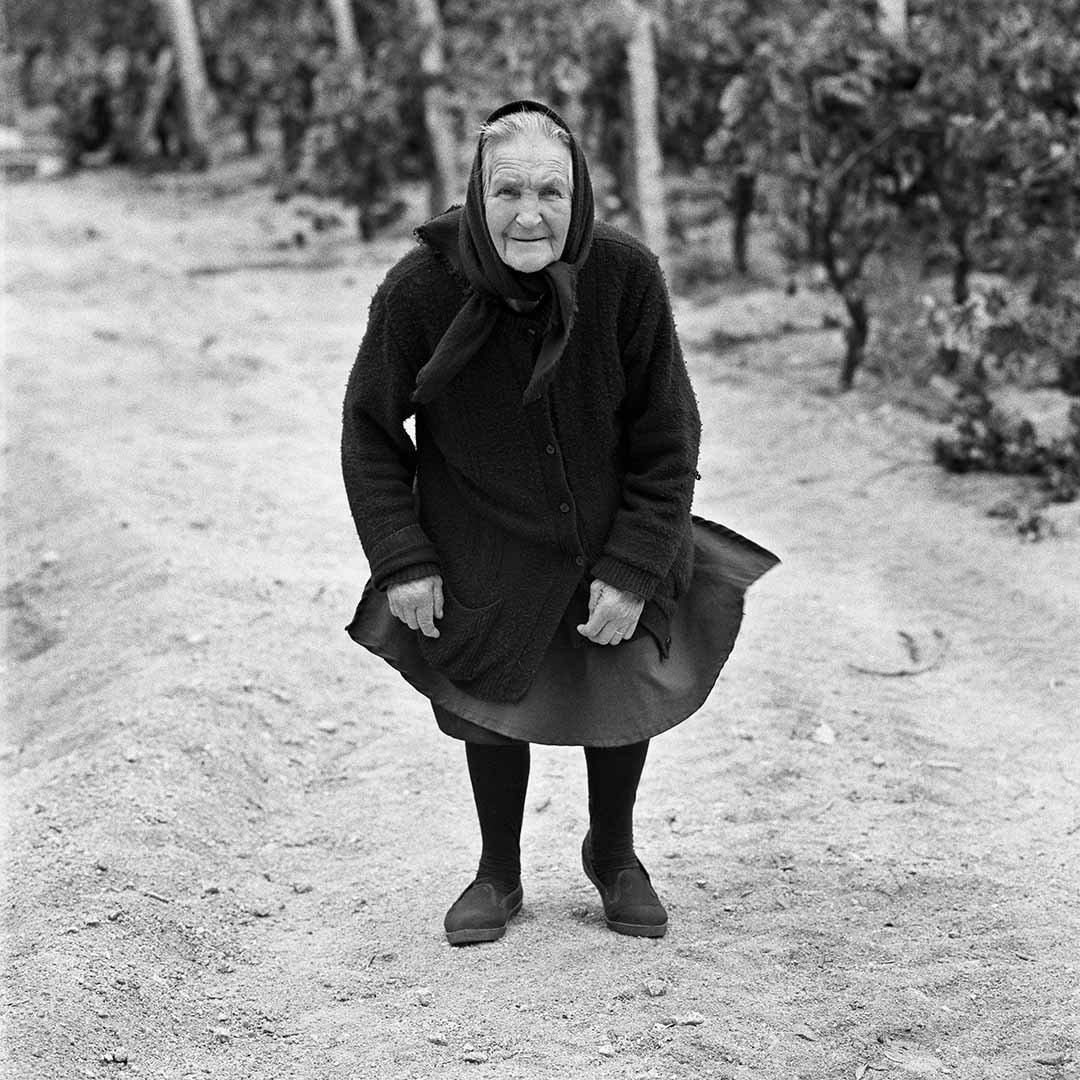 The next work, Fluvial, published as a photobook by Dewi Lewis, brings us to the oneiric side of life. Tito used to spend many of his summers in riverside beaches, beautiful places in the mountains to which people go to during hot summer days to refresh themselves. In that process, he photographs people, nature in all of its diversity (water, plants, animals), but also on how these elements, when mixed together, transport us to other worldly moments, almost as if suddenly they all blend together to produce a single fictional universe. In fact, he describes this work as a “meditation”, going well beyond a mere visual description of a place, but rather bringing us with him to feel what this experience meant to him during childhood years. Time, and water, become a continuous presence, and make for a delicious and peaceful gathering with friends and family. Many of the photographs, in fact, take us to dreamlike scenarios, through optical effects, beautiful colors and compositions, but also unlikely shapes and elements. He spent six years in this project, and so many of the people met during those summers became friends with him, leading to a notorious intimacy and relaxation. I spoke with Tito about his work. 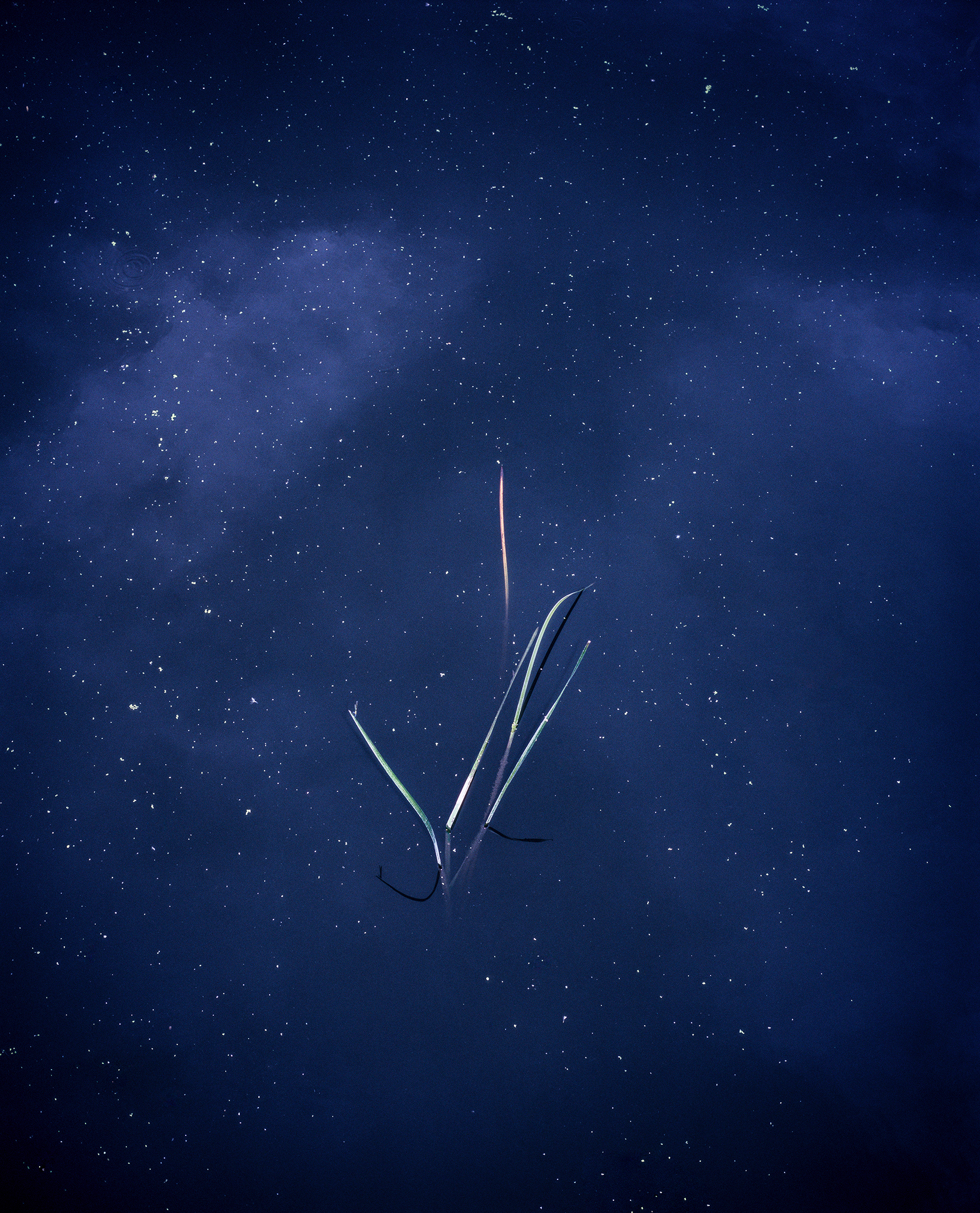 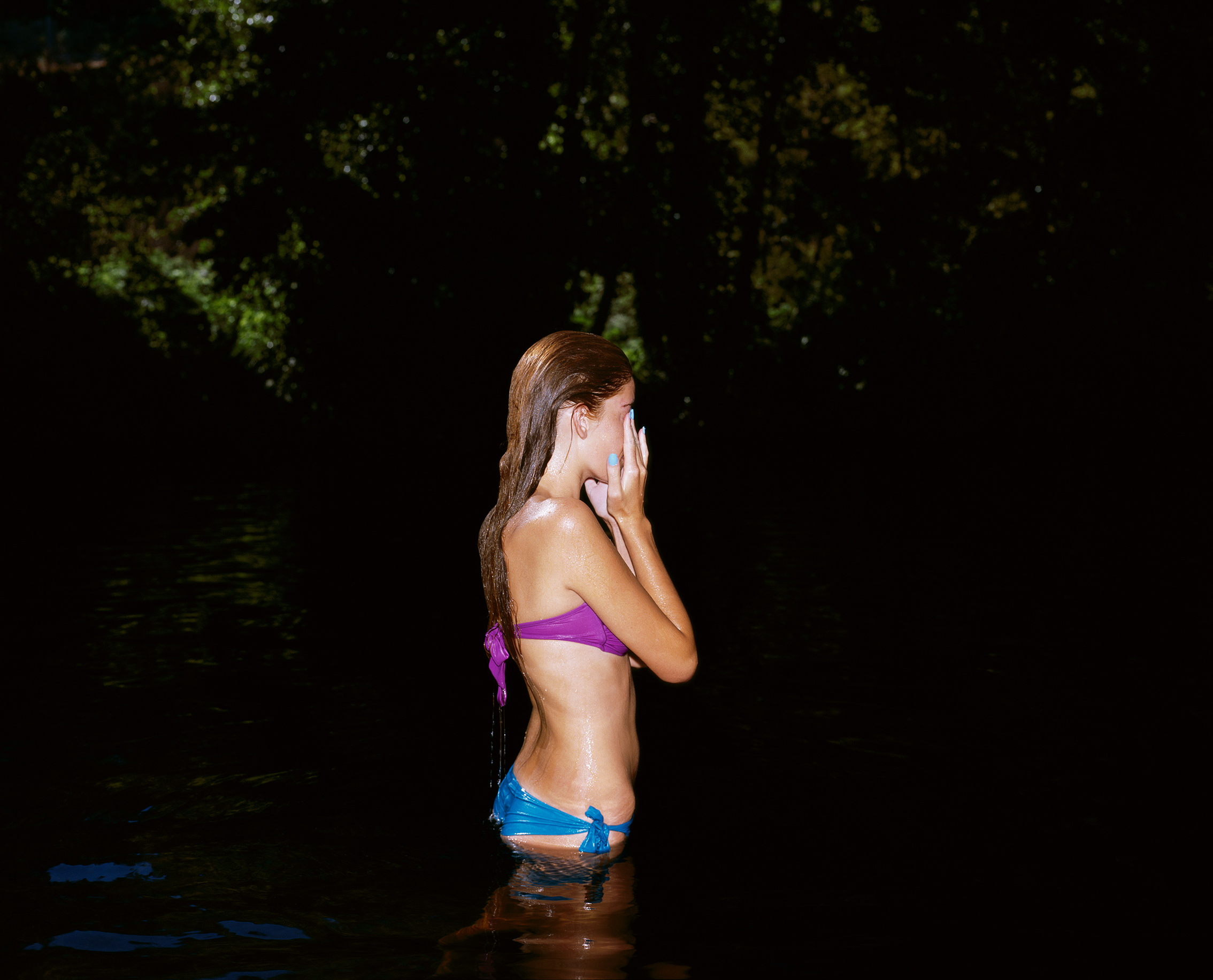 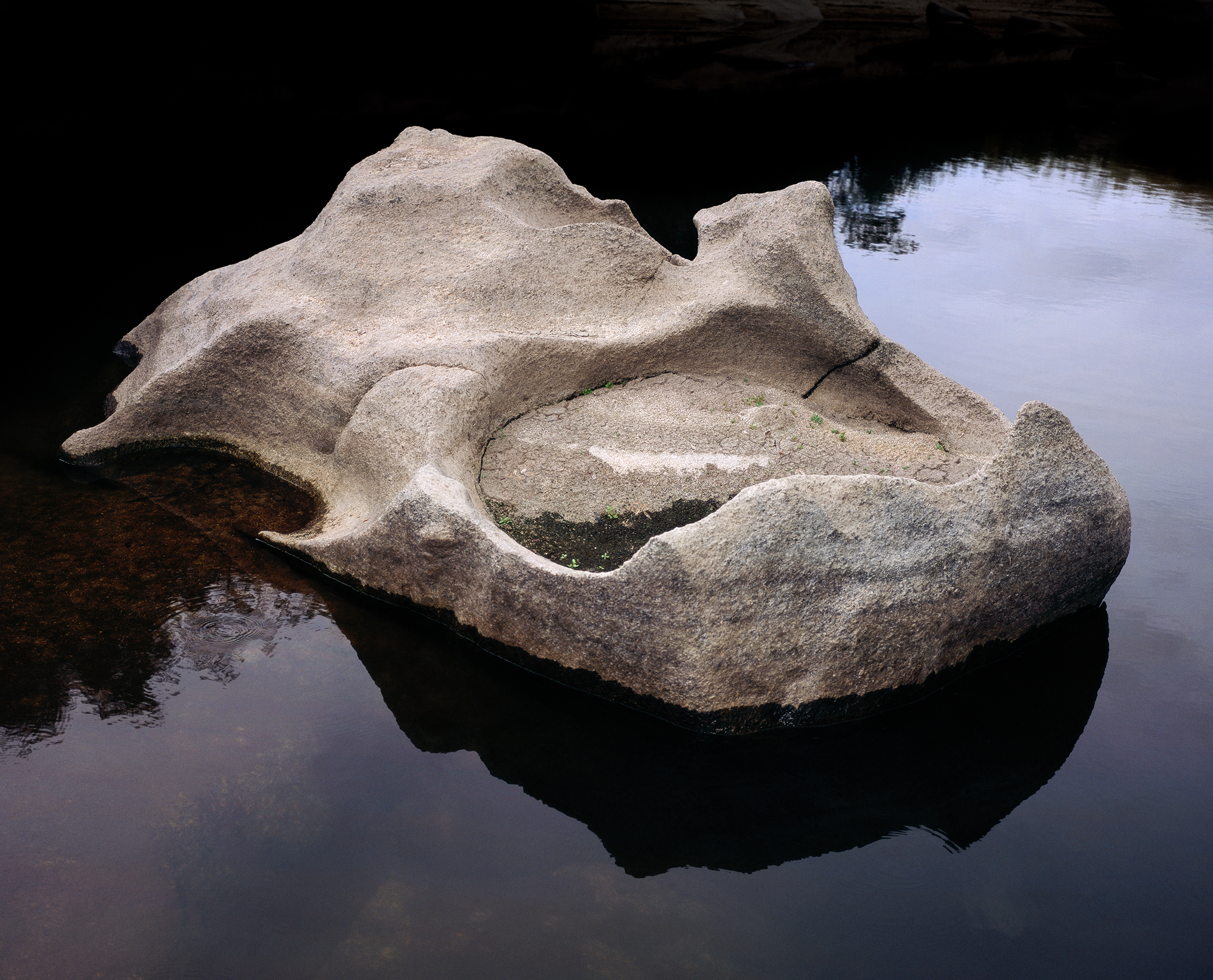 Carlos Barradas: Hi Tito, glad you accepted our invitation to be part of this Portuguese photography week. I would like you to start by introducing yourself.

Tito Mouraz: I finished the Visual Arts and Photography course at Escola Superior Artística do Porto in 2009 (where I currently live) and since then I have developed personal projects through photography.

CB: How would you describe your photographic practice?

TM: I always find it difficult to answer these types of questions, directed for a specific answer, almost as if my photographic practice had to be neat, organized and well defined. Photography is a possibility of multiple interpretations and I am not interested nor try to develop a specific visual style, but rather continue to learn from my own practice. It’s a kind of omnipresent loneliness, I like to discover places through photography, I use it to learn. I always take pictures of where I am, I don’t always know what they are for, but they teach me a lot about the place, the people, the time, the distances, the feel and observe it – deep down, what almost always stays with me. The best that photography gives me is personal experience. 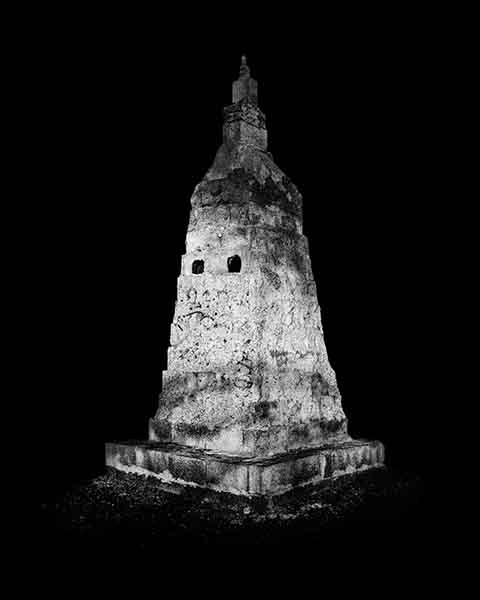 CB: Your work is quite related to nature and up to a point, something like the intense violence against it, such as Open Space Office, to a more quiet, indulging, relationship with it, such as in Fluvial. What’s your view on nature and its impact in your work?

TM:Yes, the rural landscape, the river, nature, the mountains, they are all part of my growth. Returning to childhood and Beira-Alta, a region in the interior of central Portugal where I was born, perhaps it was in these fields and forests that the first fictions appeared, with my mind contaminated with imagination, long before thinking about a certain visual aesthetic. Although in Open Space Office they are industrial landscapes, which grow in the opposite direction to the usual (in depth, rather than in height) and thereforeremain unnoticed to passersby and totally transformed, I explore a less frightening and more colorful side. Removing the horizon, in the images, I only give the viewer the opportunity to reconstruct them, to imagine them. There is also fantasy in these places, it becomes desirable – there are cities, buildings and swimming pools with infinite stairs, gardens designed for the place. As I mentioned before, I no longer feel obsessed with looking for a visual style or a brand. In fact I like the surprise, the unpredictable, the freedom to create through inspirations and personal experiences, being almost always moved by the light and the atmosphere itself. 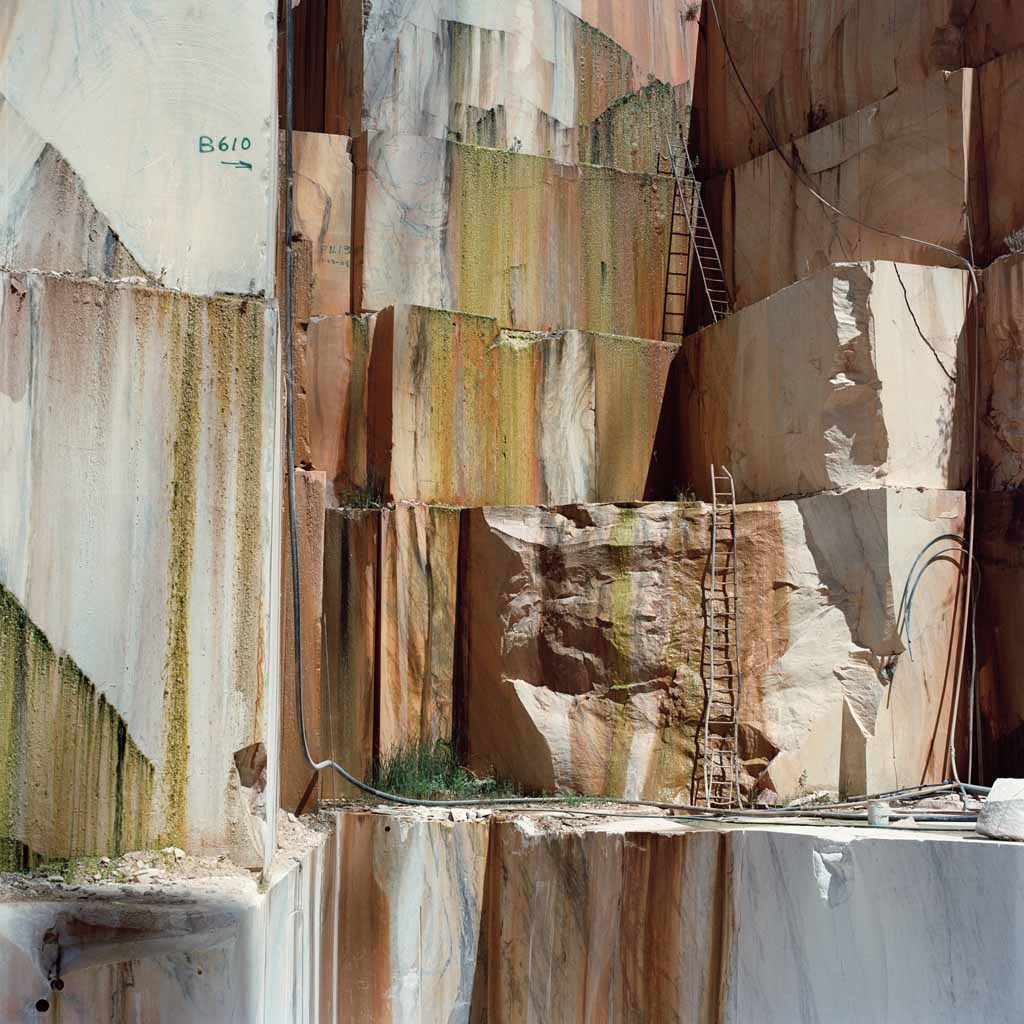 CB: There is also a part of the role of memory that is intense both in Casa das Sete Senhoras and Fluvial, would you care to describe it?

TM: The landscape of Beira Interior has been recurrent in my last works. I have a relationship and a past with these places and I visit them often. However, I think of the narrative as an indefinable place in time. It doesn’t necessarily have to be the present, I look for an anonymous landscape, with few elements that bring us to a certain contemporary reality. A large part of the interior landscape allows me this, intimate fictions. I do not want the real to be my absolute truth, but rather a disguised truth, almost as if it represented what cannot exist. Here I was moved by a fusion of happy memories: simple moments in life, the heat, the smell, the sound, the silence, the black, the color, the plants, the animals, the shape, the light … In both projects , I try to reinvent a whole personal landscape that is directly linked to me and my childhood. Despite photographing ordinary people and natural places there is in fact an equivalent relationship and treatment with human and non-human bodies, almost as if these people were part of the landscape, as if they were always there, a pause, contradicting, in my view, all the fugacity in the way we generally observe today. 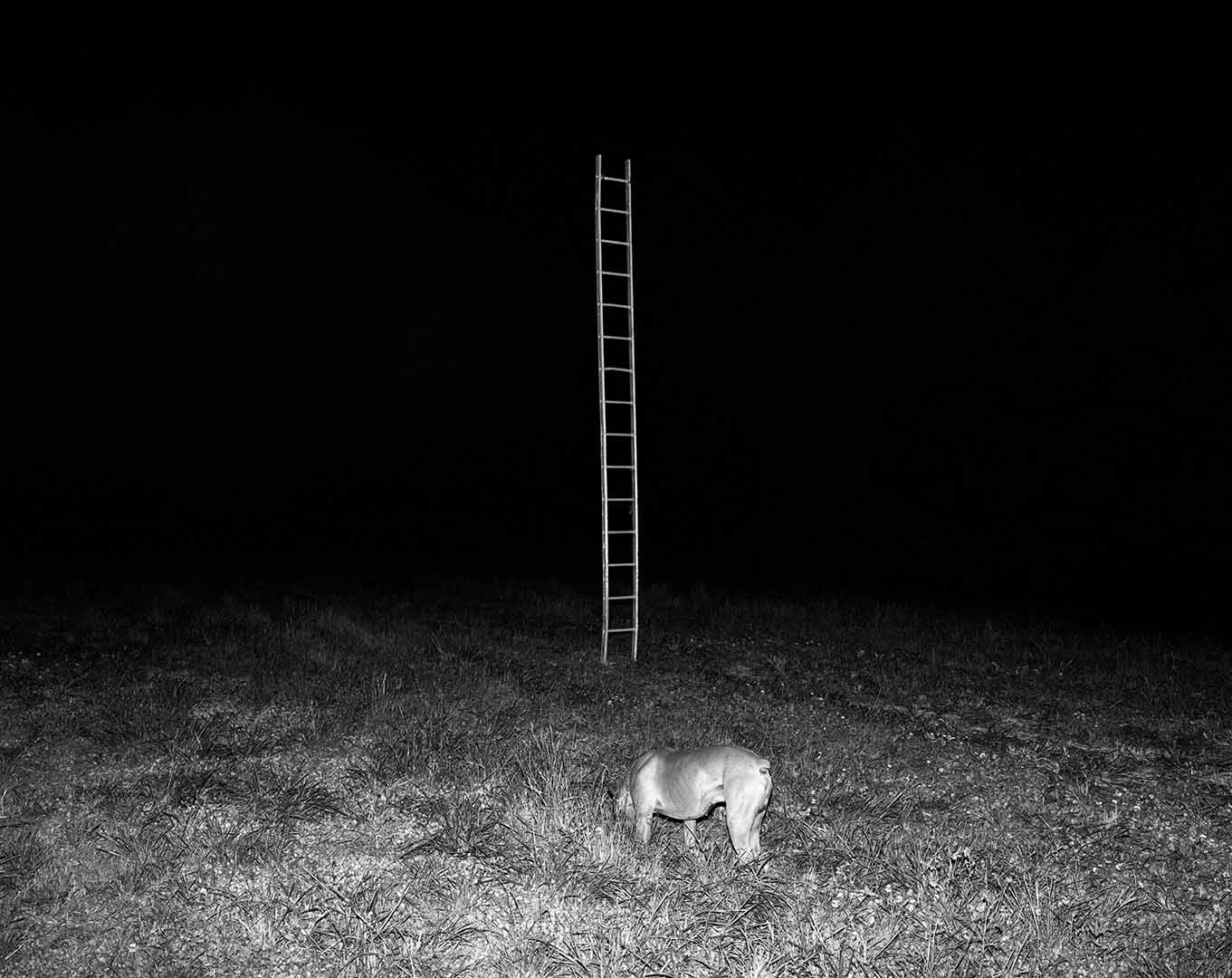 CB: In Casa das Sete Senhoras, there is a sort of macabre feel to it, yet it seems you are completely comfortable with it, almost as if you have lived inside that myth, or legend, for a long time. Is that true?

TM: Yes, I know the story since I was a child. I always heard that there was a witch in the house, where seven sisters lived. I was never interested in the truth of the history of the Casa das Sete Senhoras, but in its atmosphere and how it connects people to their own place. Curious enough, I worked for 5 years in a very short radius, practically around that house. It was also a way of strengthening all this relationship of affection that I have with geography itself. 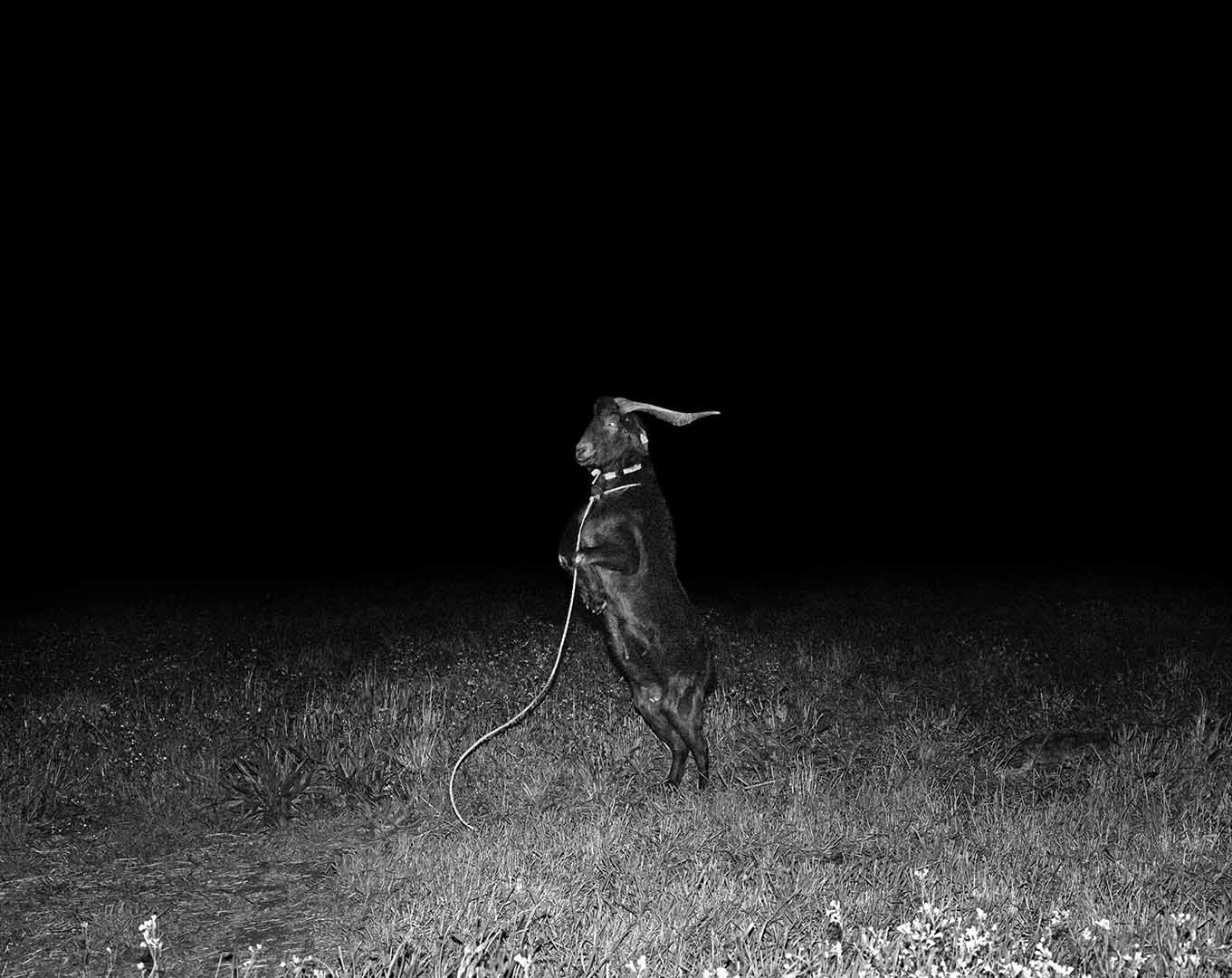 CB:  Your presence in the rural, time, aging, these are all elements that are quite intense. What are your thoughts on it?

TM: They are just elements that I choose to show and that are directly linked to places like this. It is not a faithful documentary, there are things that are not here, there is a whole life around that I do not show. There is a certain fiction in its construction. I also opted for this strangeness that could be here or in another part of the country. Unfortunately, this characteristic of rural abandonment and transformation is very present. It is just a way of approaching the subject matter, I intend to stimulate the imagination and another understanding of the place – in the end, I think that each one sees his own thing.

CB: What was one of the most stressful moments you ever came across when working?

TM: I already had some, but during the process of the The House of the Seven Women, where I mostly photographed at night, in isolated places and with flashes that could be seen at long distances, and where the night sounds themselves would be enough to get frightened, I was called a thief by someone who was shouting and threatening to shoot me – luckily there were the flashes. 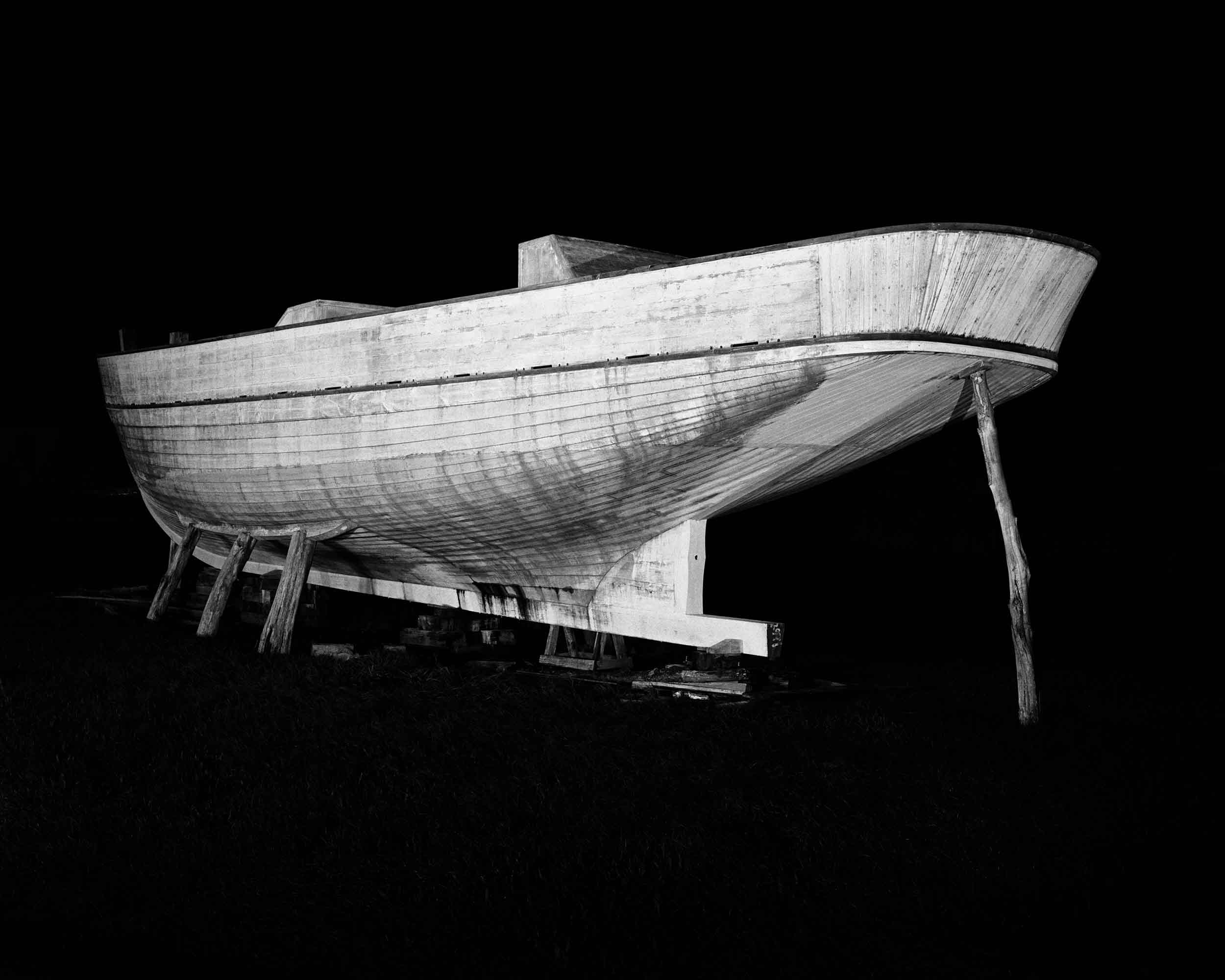 CB: Up until now, you’ve always worked with, or for, or in a territory. But your latest work is quite different, in that sense. Seems to me there’s no identifiable elements that render it knowledgeable, making it more mysterious than your previous works, I’d say. Could you comment on that?

It is a project that I have been developing in the last few months of strangeness and uncertainty. As a rule, I use the territory as a border, a way of editing and closing cycles. In this case, it does not exist geographically. In this ongoing work, the specific identity of the places in the photographs is irrelevant, the images exist without being from the present or the past. In the end, it will be an unknown place, where I have never been.

CB: Up until now, you’ve always worked with, or for, or in a territory. But your latest work is quite different, in that sense. Seems to me there’s no identifiable elements that render it knowledgeable, making it more mysterious than your previous works, I’d say. Could you comment on that?

TM: It is a project that I have been developing in the last few months of strangeness and uncertainty. As a rule, I use the territory as a border, a way of editing and closing cycles. In this case, it does not exist geographically. In this ongoing work, the specific identity of the places in the photographs is irrelevant, the images exist without being from the present or the past. In the end, it will be an unknown place, where I have never been. 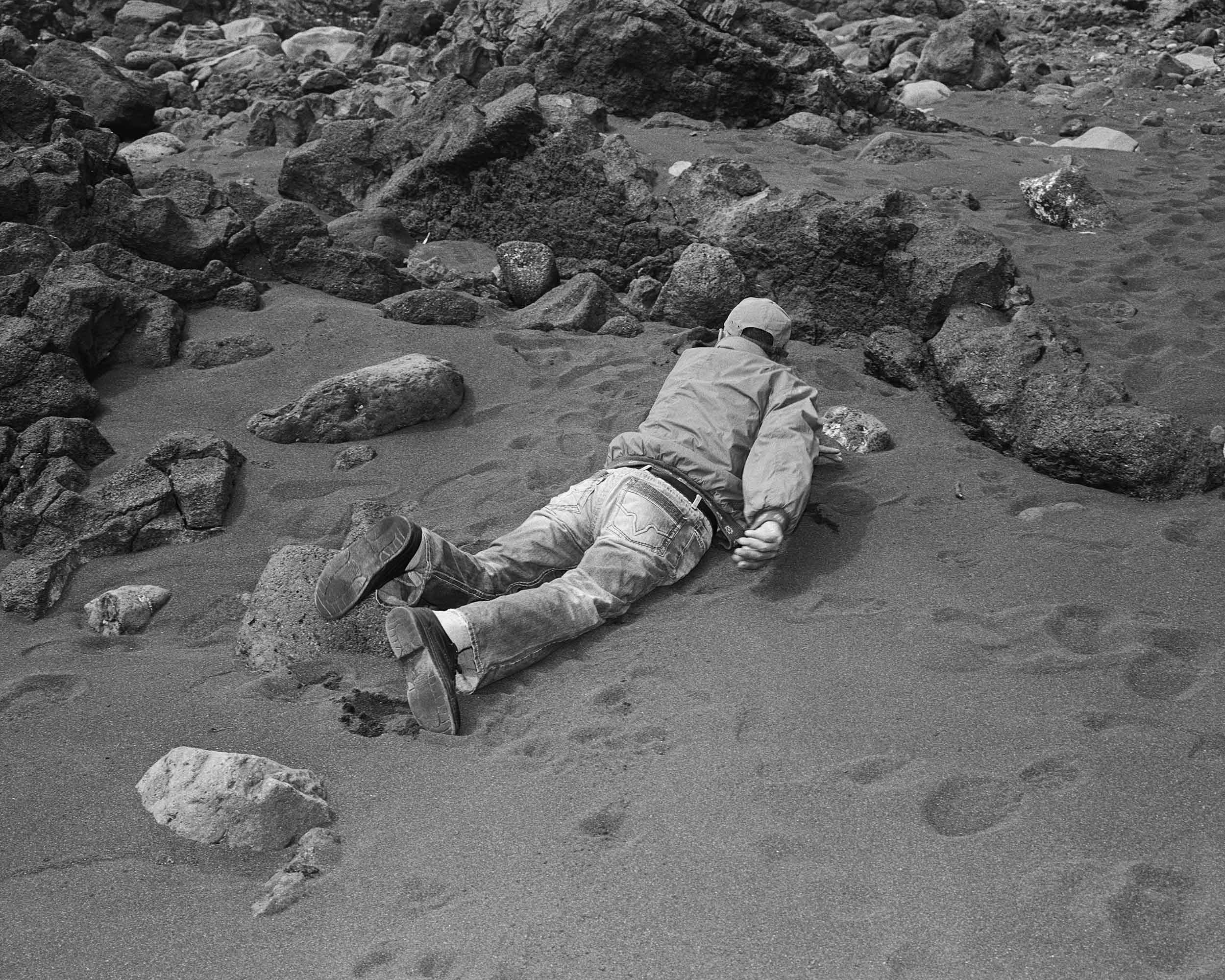 CB: Is there such a thing as a Portuguese photography? In either cases, why?

TM: Like the project I am developing, I think that here, too, territory should not be used as a border.

CB: Last but not least, the future, both personal and for Portugal’s and the Portuguese artistic scene?

TM: I will certainly continue my projects that are still incomplete. Desirous of breaking distances and understanding what will happen to the Portuguese art scene. 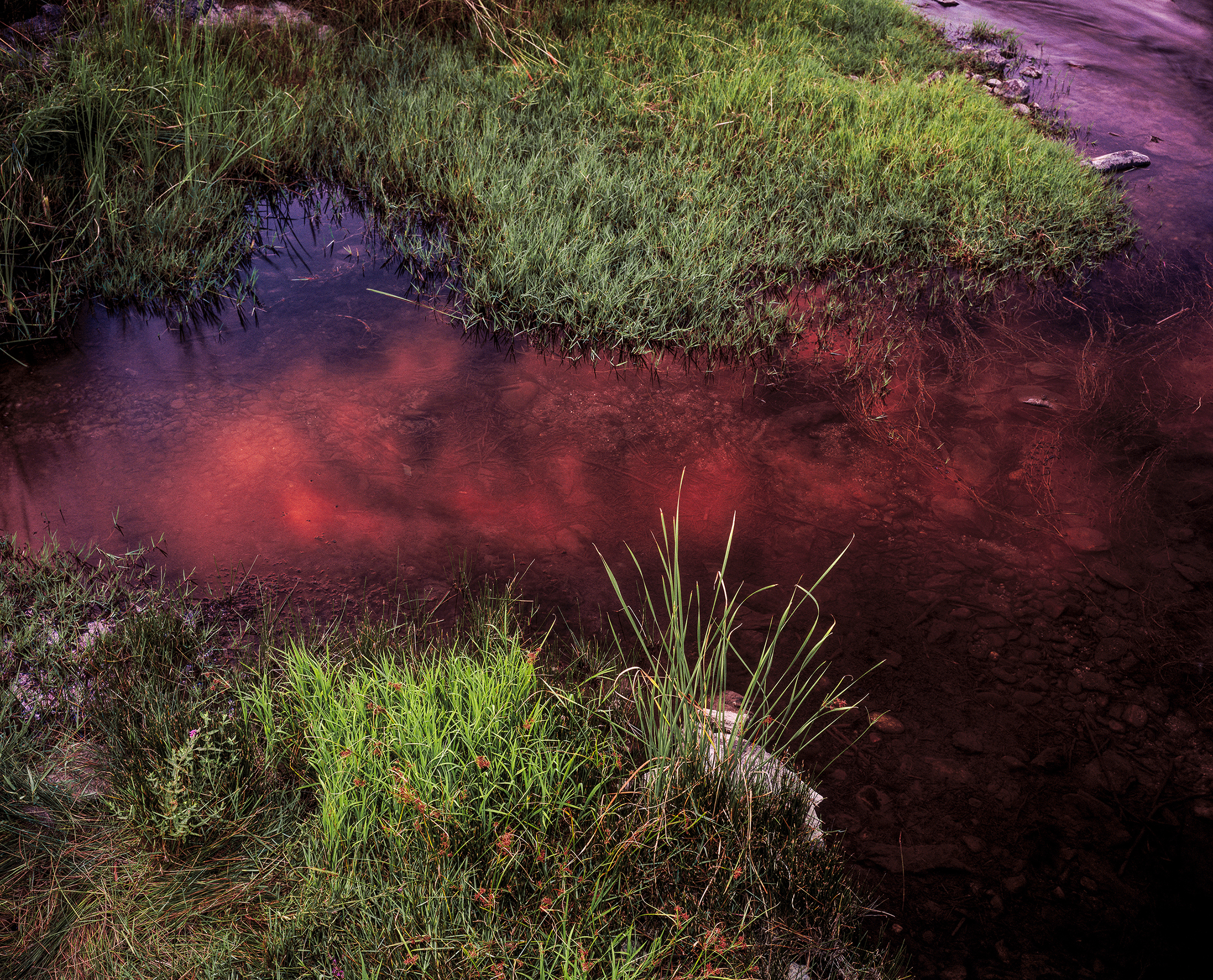