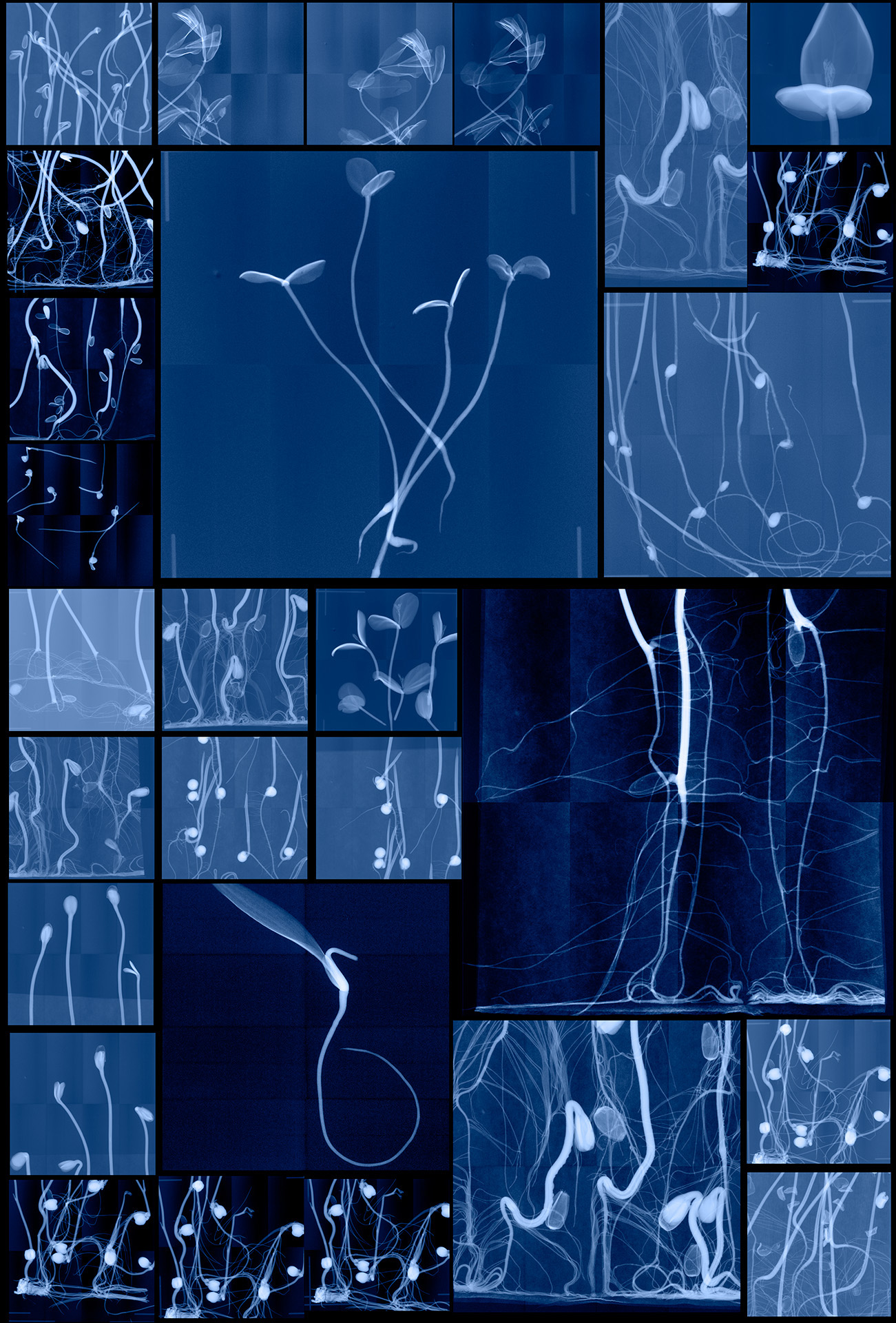 Many of Archiving Eden‘s images radiate a spiritual dimension, emanating wordlessly like hieroglyphs from nature, seeming to reflect life itself from within the seed… I believe the universe whispers the feeling of primordial life to us through Archiving Eden, filling us with auspicious dreams for the continuity of our world.’- Elizabeth Avedon

I had the great pleasure of hearing artist Dornith Doherty speak at the 2020 SPE Conference in Houston. She shared a profound project, Archiving Eden, where she traveled to the North Pole to visit the Svalbard Vault, a holding place not dissimilar to the idea of Noah’s Ark for plants where “individuals and governments from around the world are collaborating to create the first truly global botanical back-up system, but also, the gravity of climate change and political instability has created the need for an inaccessible “Doomsday Vault” near the North Pole.” Doherty’s research of these seed reserves has taken her all over the globe. In addition to her documenting these spaces, she has produced almost celestial interpretations of seeds created from digital collages of x-ray images of thousands of seeds, plantlets and clones.

Doherty’s monograph of this work, Archiving Eden, was published by Schilt, with an essay by Elizabeth Avedon. Her work is on currently on exhibition the Broad Museum, Michigan State University, Seeds of Resistance, curated by Steven L. Bridges throught July 19, 2021, at the Royal Albert Memorial Museum in Exeter, England,  Royal Albert Memorial Museum, Exeter, England, Seedscapes: Future-Proofing Nature , curated by Liz Wells, at the Smithsonian National Museum of Natural History in Washington, DC, Unsettled Nature: Artists Reflect on the Age of the Anthropocene, through September 19th, 2021

Dornith Doherty is an American artist whose work is concerned with human entanglement in the rapidly changing environment. A 2012 Guggenheim Foundation Fellow, Doherty has also received grants from the Fulbright Foundation, the Japan Foundation, and the United States Department of the Interior. Working primarily with photography, video, and scientific imaging, Doherty’s work is in numerous permanent collections, and has been featured in exhibitions and publications widely in the US and abroad. A monograph of her project Archiving Eden was published in 2018. 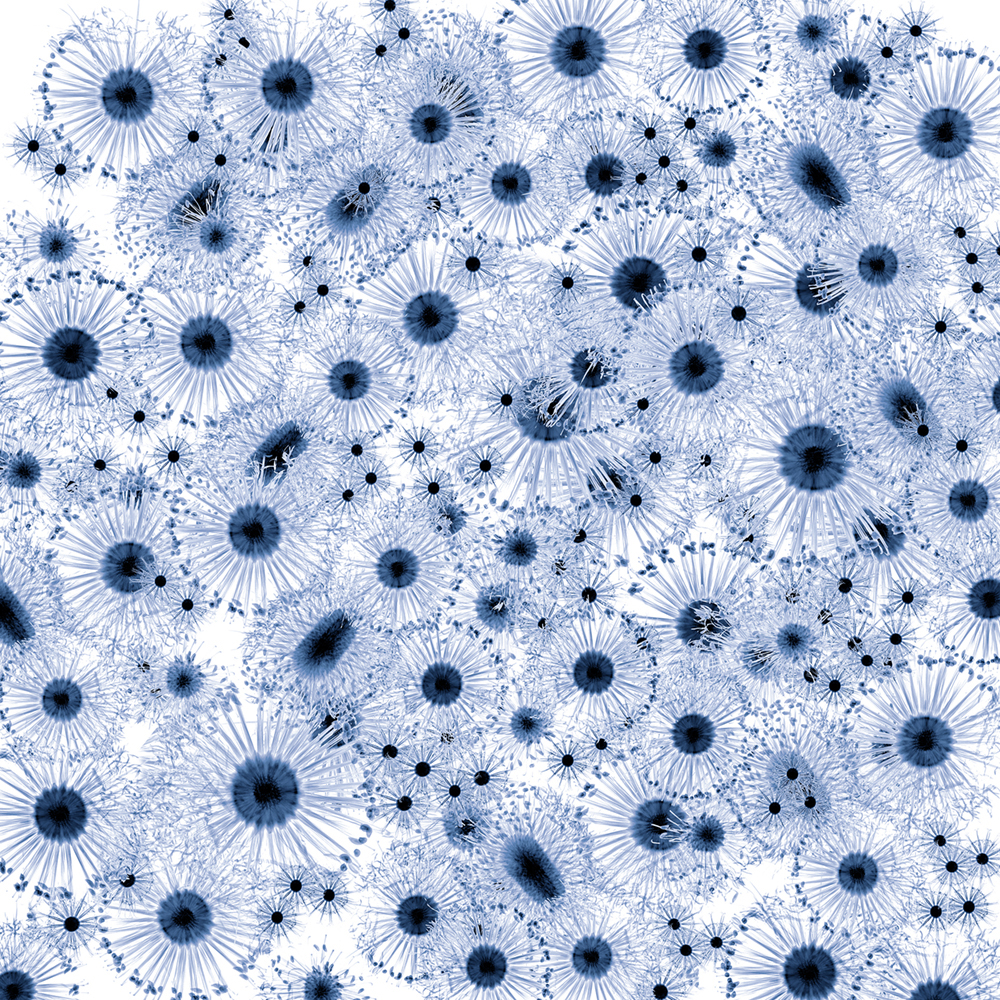 Spurred by the completion of the Svalbard Global Seed Vault, I began Archiving Eden in 2008 as a way to explore the role of seed banks and their preservation efforts in the face of climate change and the extinction of natural species. The simultaneously optimistic and pessimistic nature of the Svalbard Vault is compelling: individuals and governments from around the world are collaborating to create the first truly global botanical back-up system, but also, the gravity of climate change and political instability has created the need for an inaccessible “Doomsday Vault” near the North Pole. 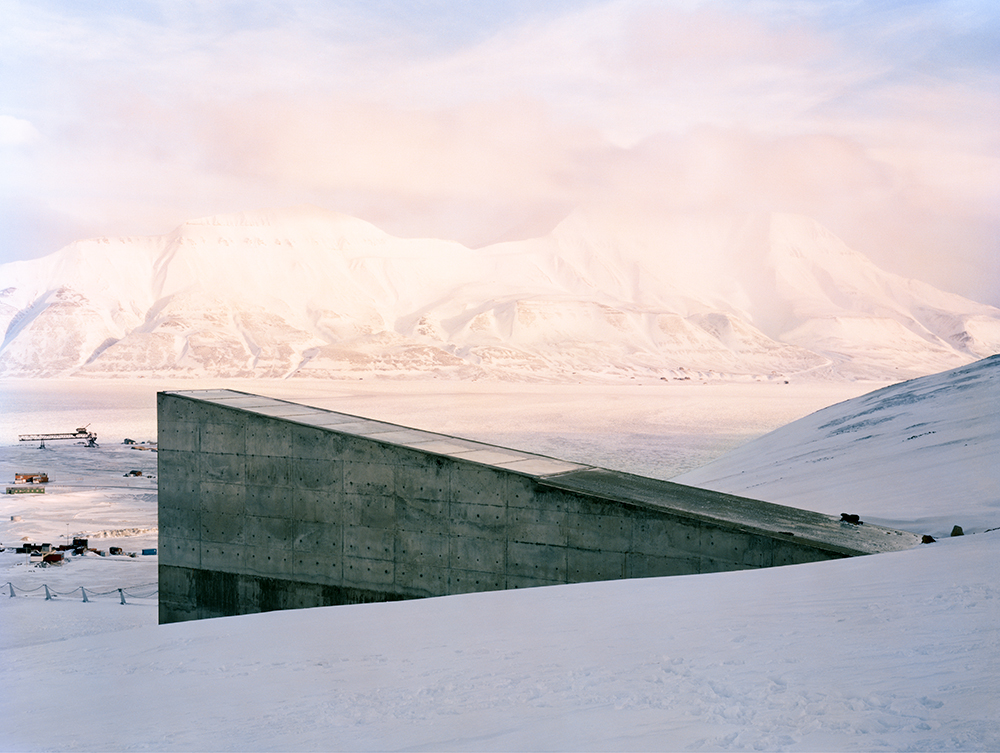 Researching, photographing, and collaborating with scientists at many of the most comprehensive seed banks in the world, including: the National Center for Genetic Resources Preservation in the USA; the Millennium Seed Bank in England; PlantBank, Threatened Flora Centre, and Kings Park Botanic Gardens in Australia; the N.I. Vavilov Institute for Plant Industry in Russia; and the Svalbard Global Seed Vault in Norway, I discovered a complex web of political and economic issues surrounding these large-scale collections relating to the control of one of the world’s most basic resources. The result of this ongoing investigation is two deeply entwined bodies of work: Archiving Eden and Archiving Eden: The Vaults (both 2008–present). 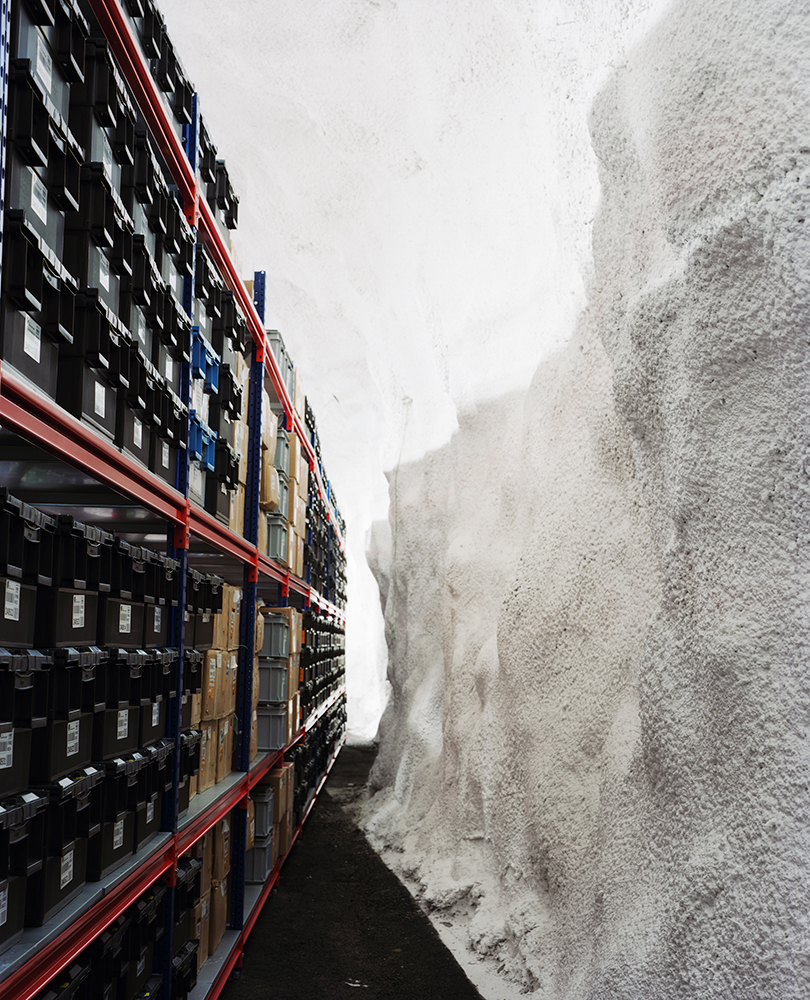 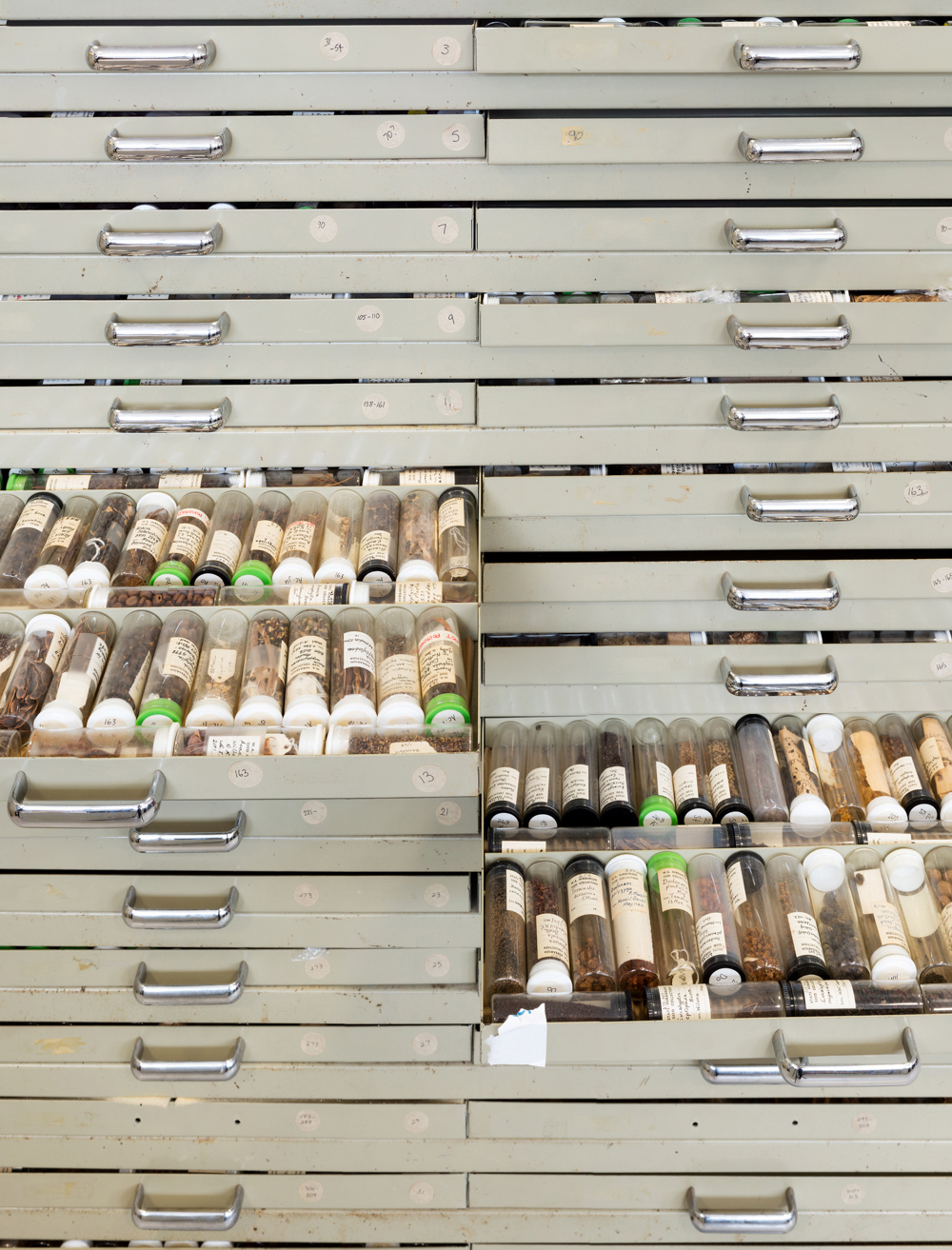 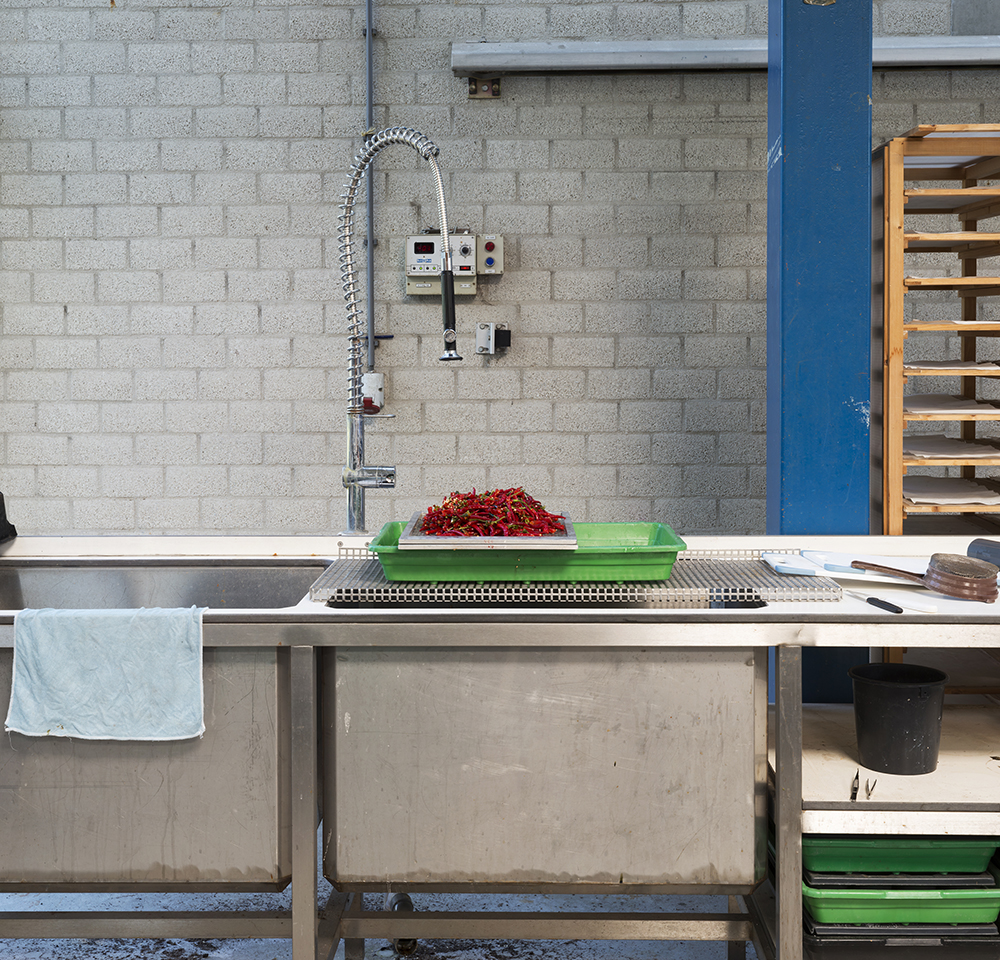 Documentary images in the series record the spaces and technological interventions required to store seeds and clones in a state of suspended animation. These images of architecture, technology, and types of collections reveal scientific heritage and refer to our cultural aspirations and fears, which in turn govern what is saved and why. 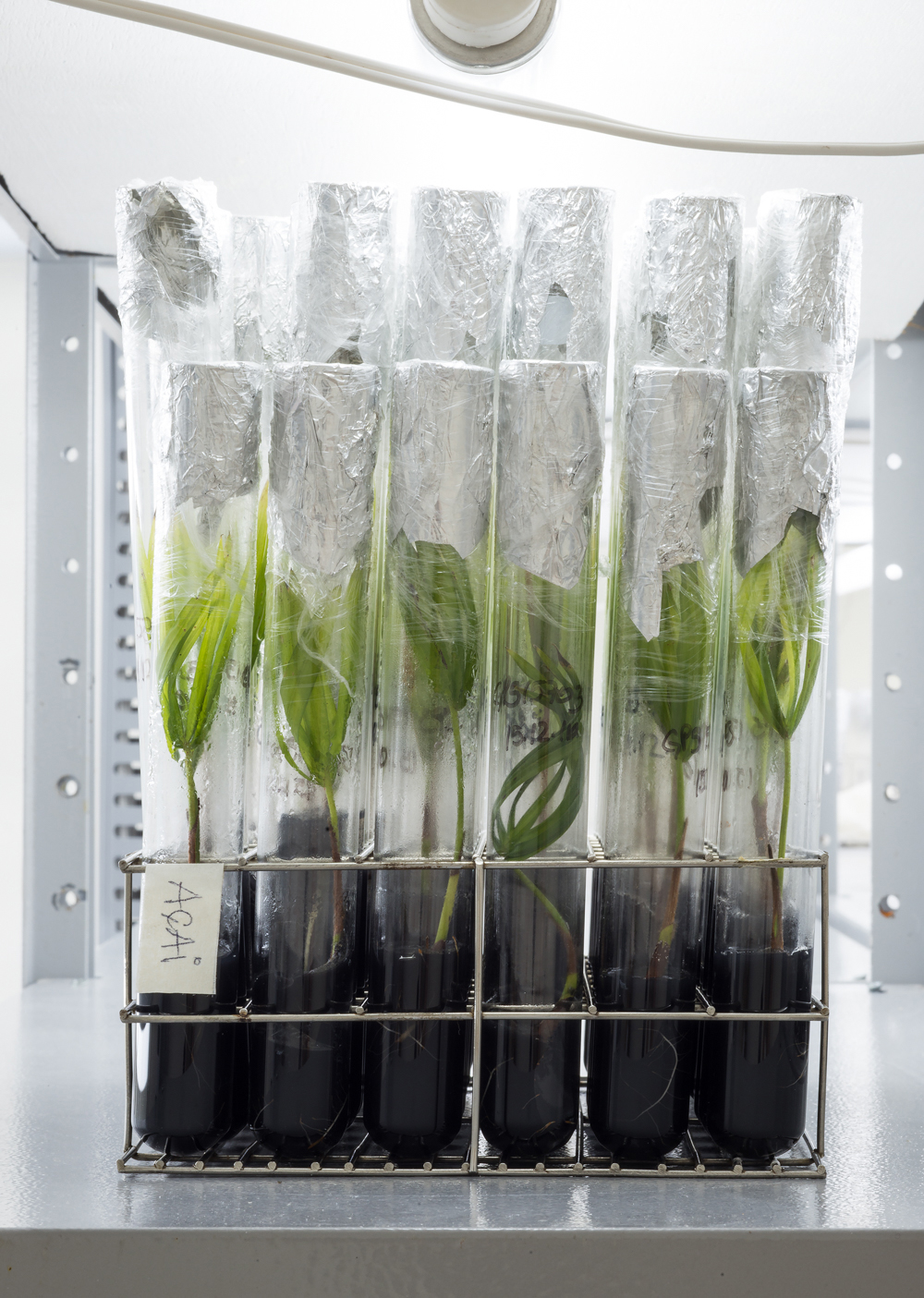 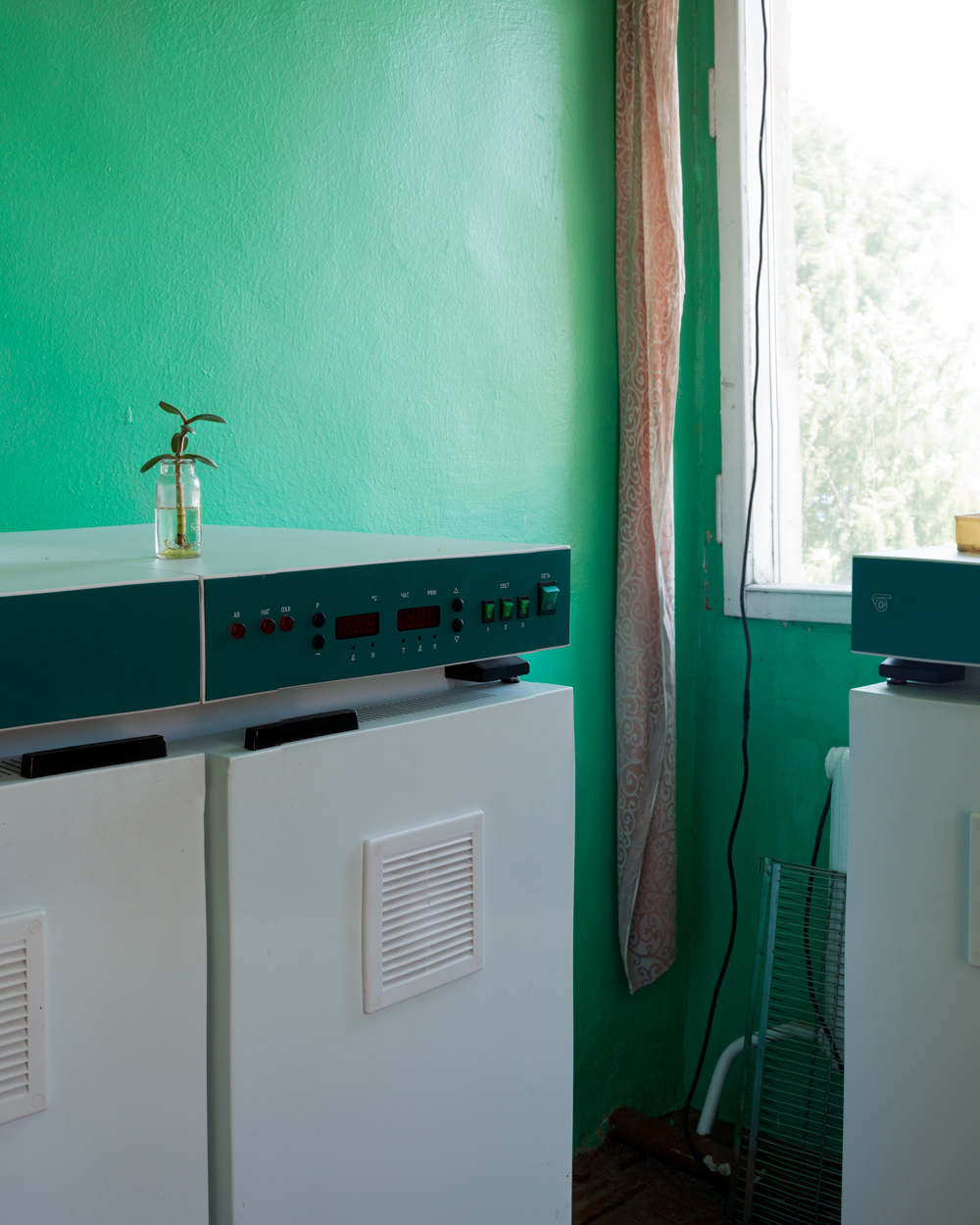 Digital collages, made with x-ray images of thousands of seeds, plantlets and clones I captured using on-site research equipment, are a more intimate exploration of individual seeds and plant samples stored in these crucial collections. The surprising visual power of magnified x-ray images, which can record what is invisible to the human eye, illuminates my considerations of not only the intangible philosophical, anthropological, and ecological issues surrounding the role of science and human agency embedded in the very act of gene banking, but also of the poetic questions about life and time on a macro and micro scale. I am struck by the power of these tiny plantlets and seeds to generate life, and to endure the timespan central to the process of seed banking, which seeks to make these sparks endure for two hundred years or more. 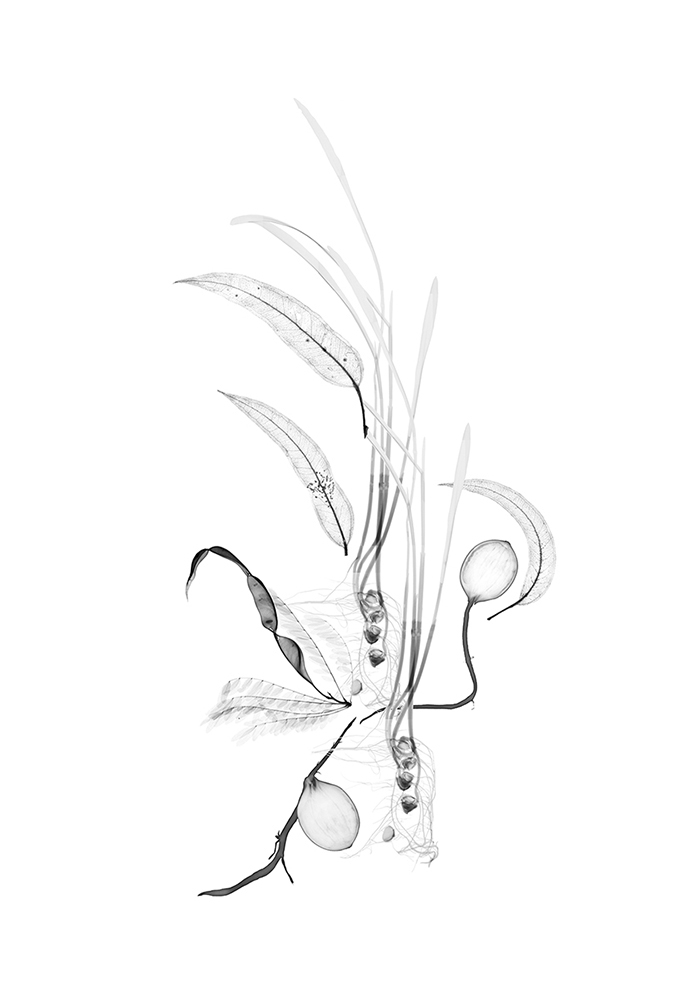 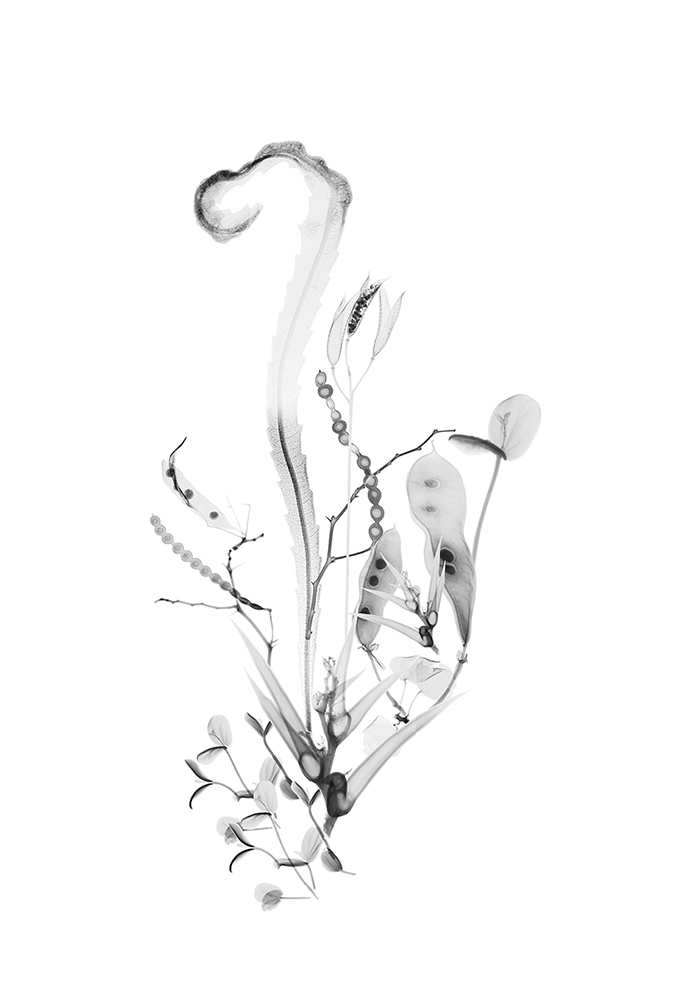 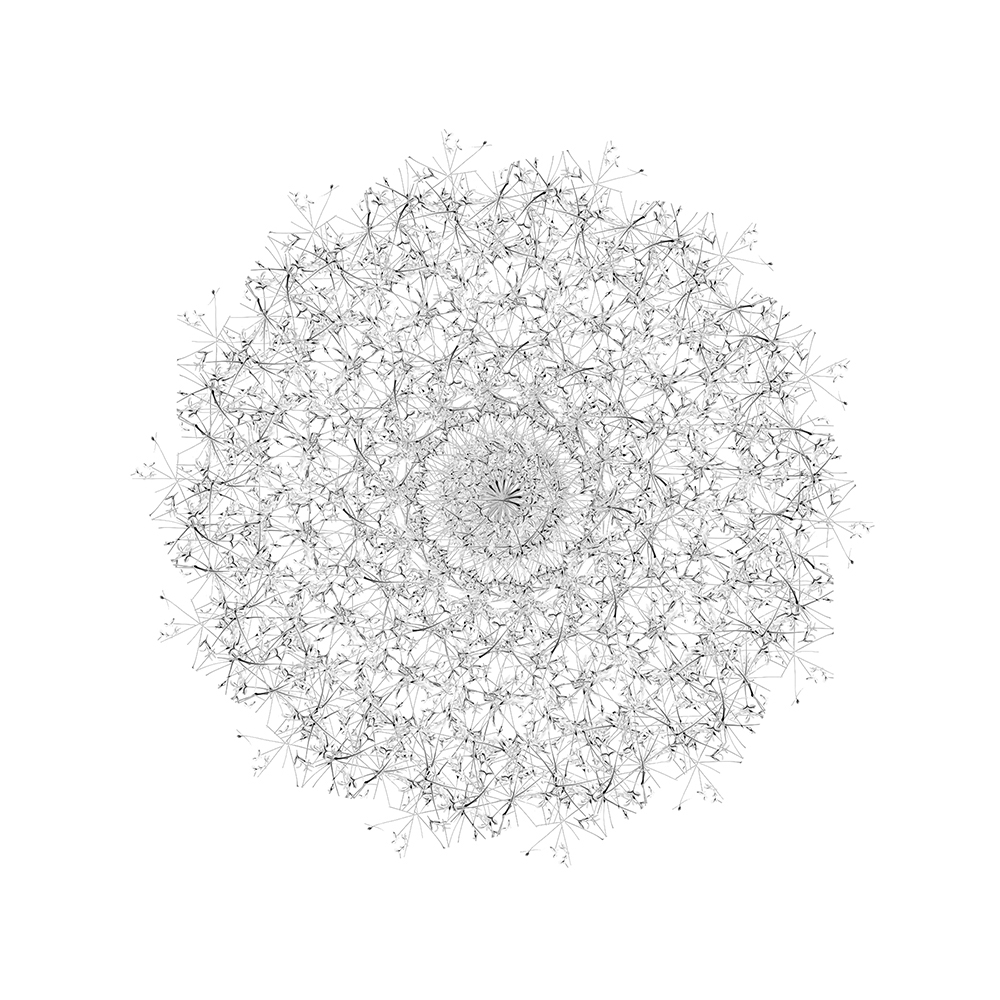 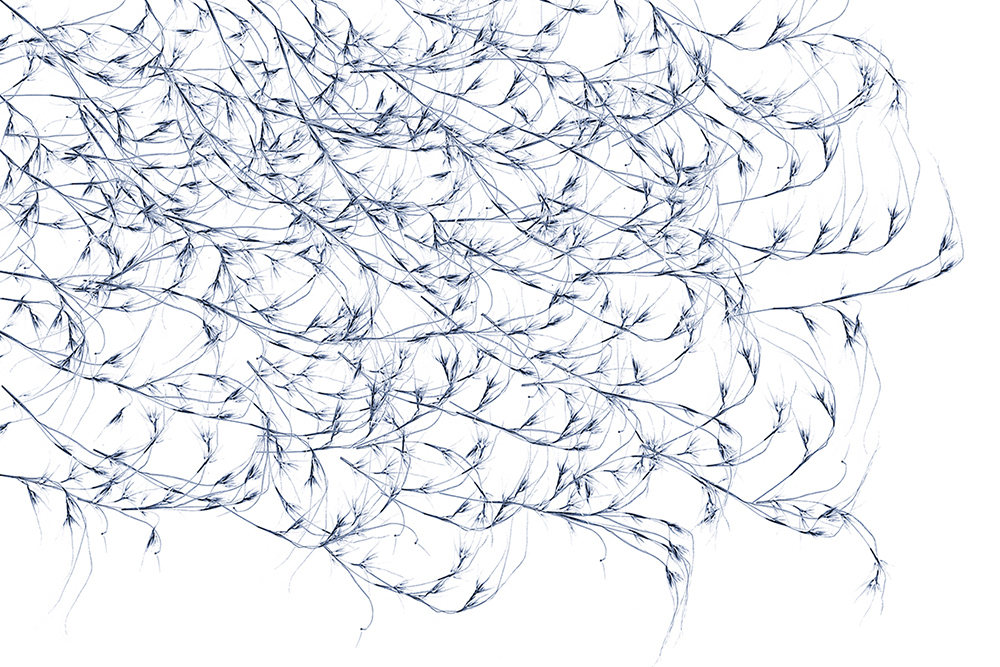 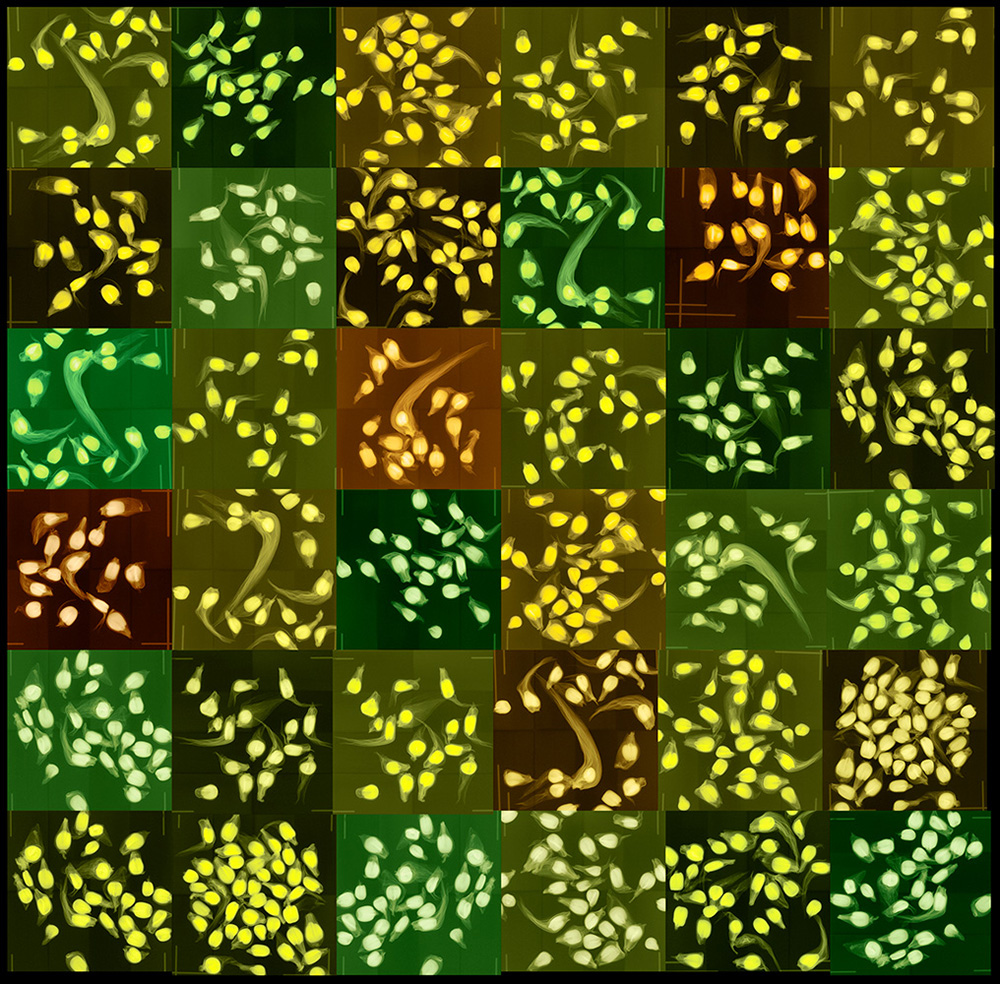 NEXT | Conversations with Nature: Tara Cronin: Winds >
< The 2021 Politics of the Kitchen Exhibition | PREV