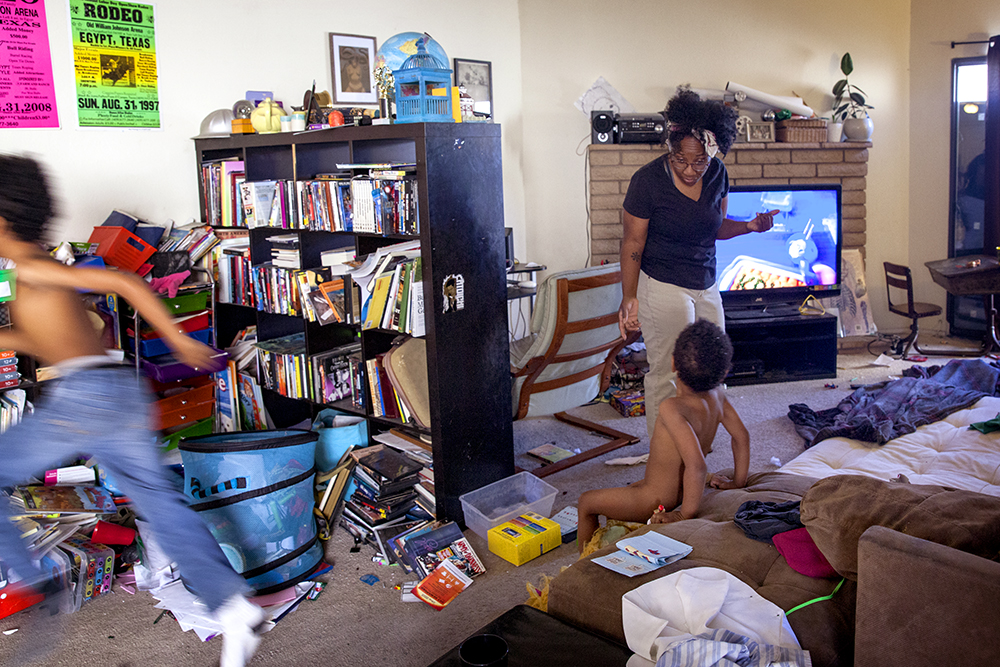 I selected Amanda Schilling’s work for The Curated Fridge Exhibition because of her truthful telling of motherhood. This documentary project allowed Schilling into the lives of families trying to make it work in all the messiness of everyday life. The work is compelling and truthful, and a far cry from the staged family photographs that show up on the Holiday card. In a sense, it’s a celebration and acknowledgement of women who not only make the bacon, but bring it home too. 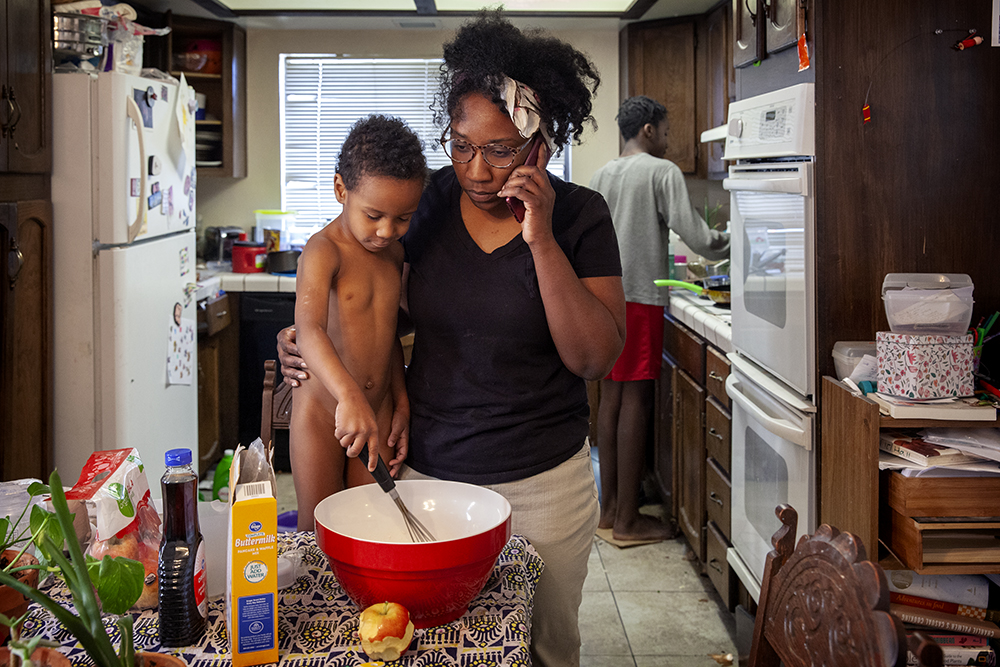 Amanda Schilling (b. 1981, Texas) is a photographic artist whose work explores the ideas of domesticity and the desire to balance the numerous roles one must fulfill within that realm while trying to maintain a sense of self. She received her Bachelor of Science degree from Texas A&M University and her MFA in Photography from the University of Houston where she was also a Teaching Fellow and Holt-Wich Scholar.

Schilling’s work has been shown in solo and group exhibitions in museums and galleries throughout the U.S. and abroad. She has been published in PINT Magazine (2021 and 2022), Italian magazine iO Donna Corriere della Sera, (2020), and Los Angeles Contemporary Art Magazine Art & Cake (2019). In 2022, Schilling’s Wife, Mother, Woman series was recognized as a Critical Mass Finalist. Schilling’s work is in the permanent collections of the University of Houston and Lamar University, Beaumont, TX as well as numerous private collections. 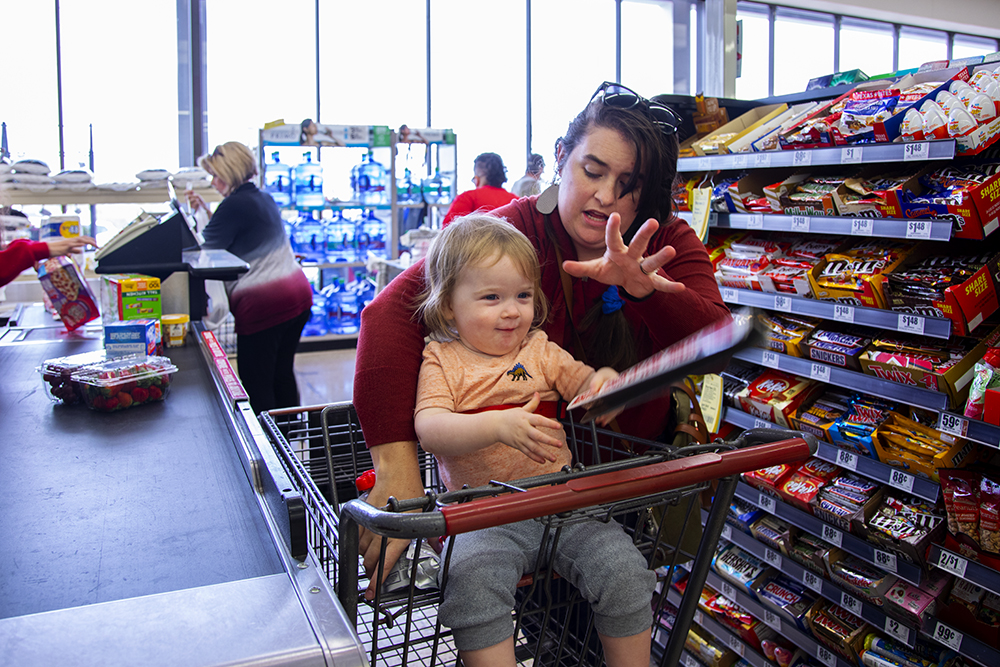 My work often deals with the expectations of women in a male-dominated society that is preoccupied with outward appearances but ignores internal needs and desires. As a wife and mother living in the suburbs with two young children, I know firsthand how harrowing it can be trying to fulfill the unrealistic expectations of perfection that society places on women in our social media driven, make-over-obsessed era. No longer are we merely bombarded by mass media images of attractive, smiling, jet-setting celebrity mothers telling us their happiest moments are spent raising their perfect children in their perfect spotless mansions, even as their nannies, housekeepers, dietitians, and chefs do all the real work. Now we are also attached to our ever-present devices that continually broadcast similar messages from our own families and friends often leaving the average woman with feelings of inadequacy and disillusionment.

In direct opposition to this imposed idea of perfection, I have created Wife, Mother, Woman. For this ongoing series, I spend several hours at a time with women and their families in their homes, places of business, and around their communities documenting their interactions with the goal of capturing real moments in the lives of real women. None of the images in the series are planned or staged. I simply strive to be a forgotten presence, spending enough time with the women and their families to be forgotten, or at least ignored, in order for them to act as they would if no one was looking. 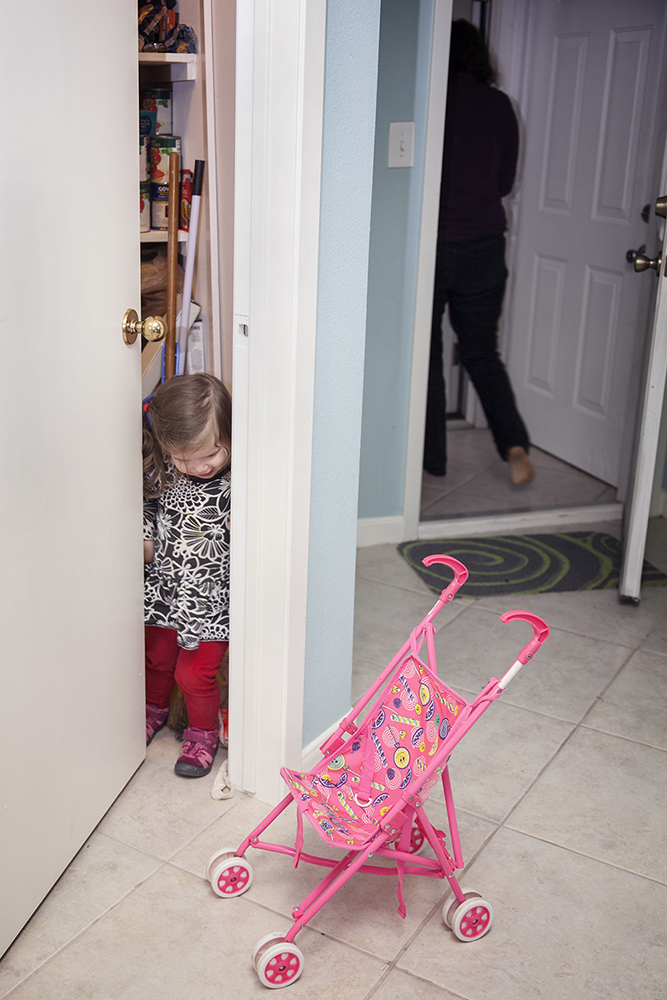 The women in this series mirror the majority of mothers in America. They are strong, intelligent, powerful human beings who bear the brunt of the child-rearing and housekeeping responsibilities on a regular basis. These women are artists, entrepreneurs, educators, students, military veterans, and corporate managers. Some have decided to give up their careers to stay at home with their children, and some are trying to do it all.

But what does it even mean, “to do it all” or “have it all”? Previous generations of feminists fought for equality and the right for women to be able to do everything men can do. Now women attend top universities, run corporations, serve in the armed forces, and hold some of the top political positions in our nation. So then why are women still the ones expected to simultaneously raise the children, clean the house, and cook the meals? Why are they most often the ones to give up their careers to stay at home, shuttle the kids around, sit through PTA meetings and attend play dates? Why don’t work schedules match school schedules so more women have the choice to work and be present for their children? Why don’t women get paid the same as men so they can hire more help allowing them the freedom to not do all of the child-rearing, housekeeping, cooking, and errand-running themselves? 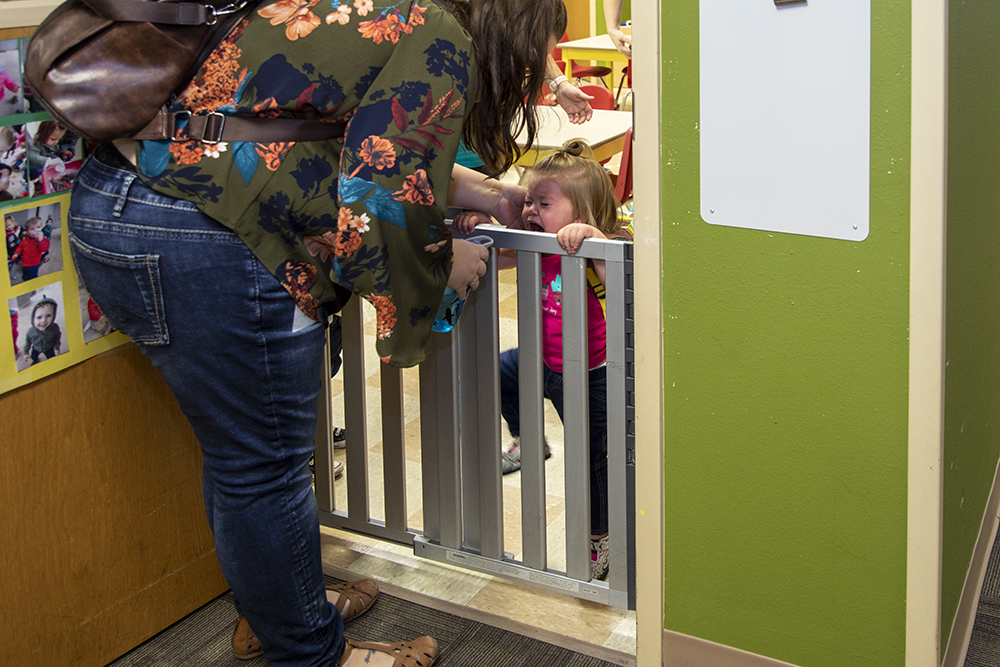 Unfortunately, this series does not answer those questions, but it does document and highlight women consistently performing these unpaid domestic labor roles and bravely managing to keep everything together with little or no recognition of their labor or sacrifices. I greatly admire these women and thank them immensely for allowing me to come into their lives and share a few of these moments with them. 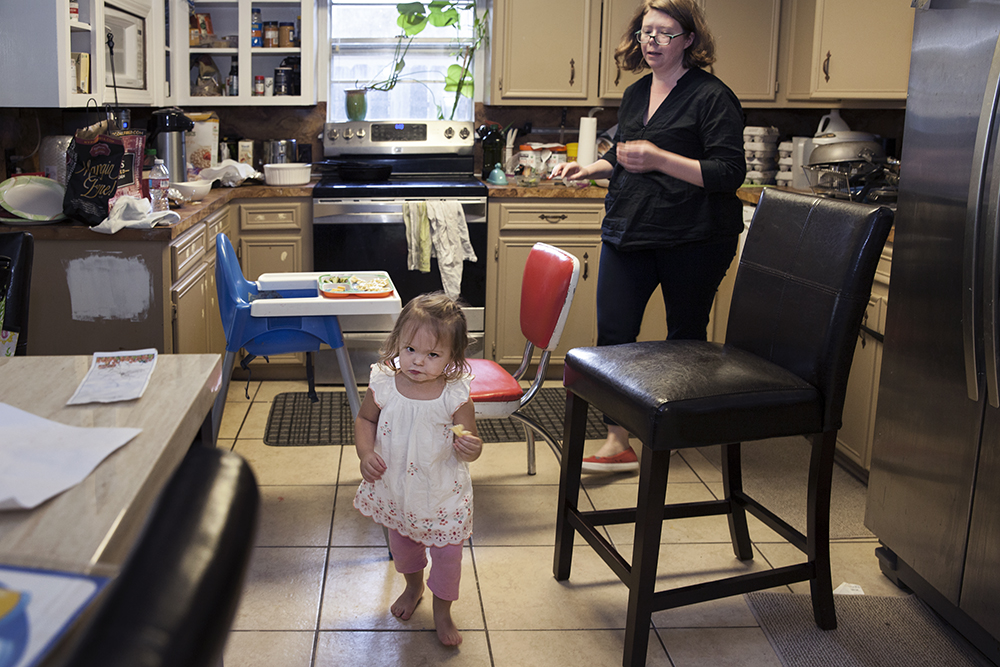 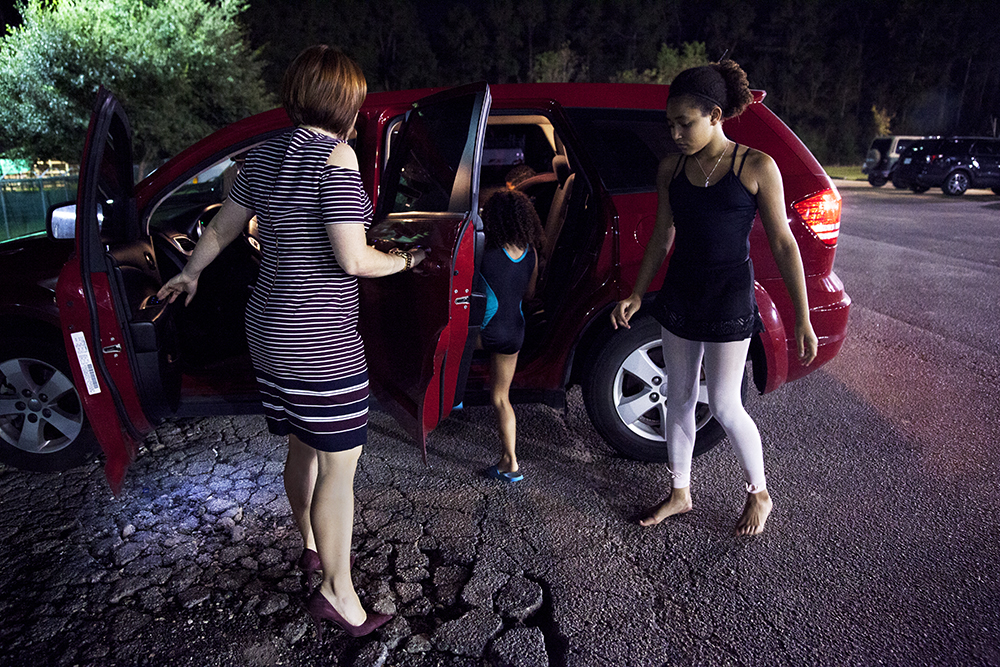 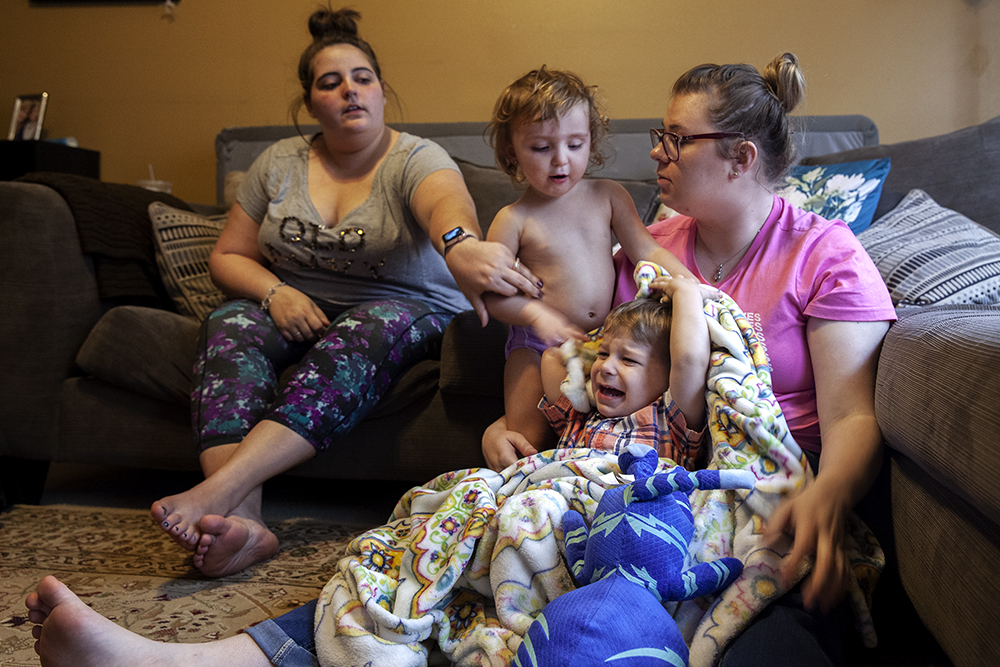 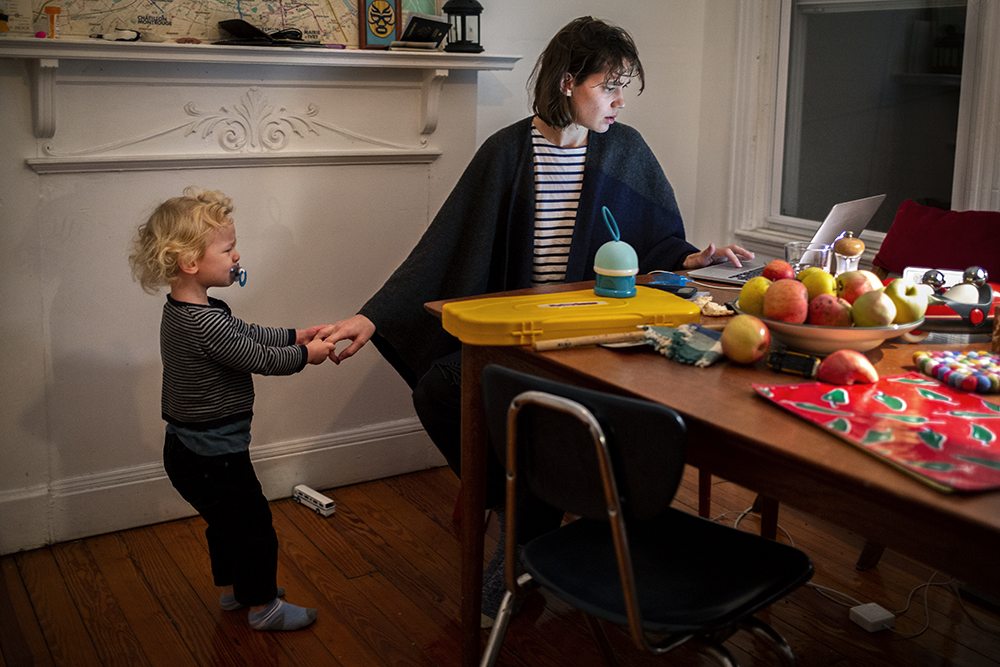 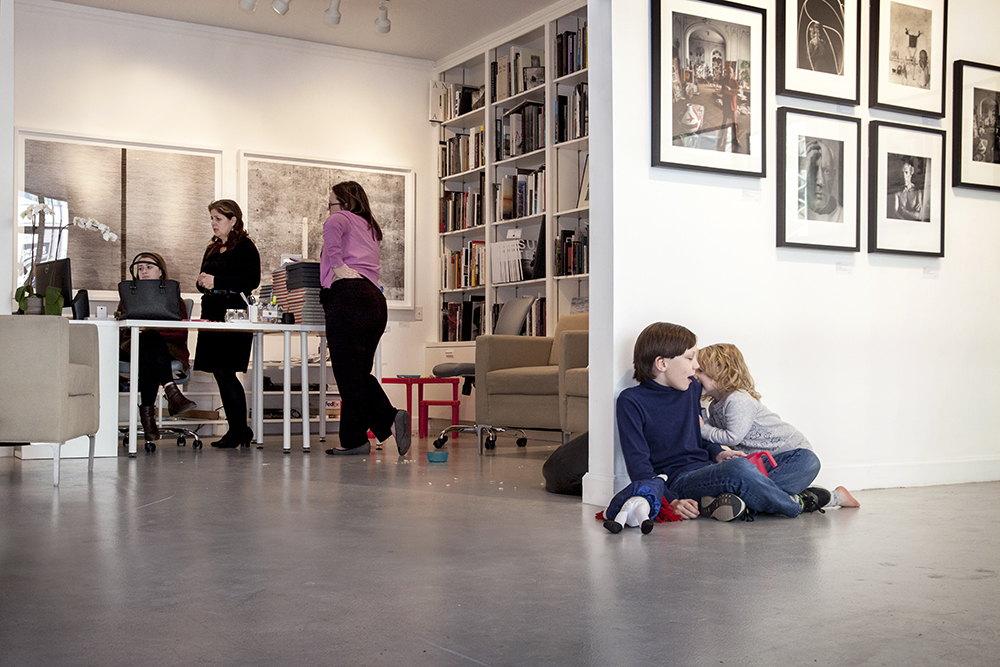 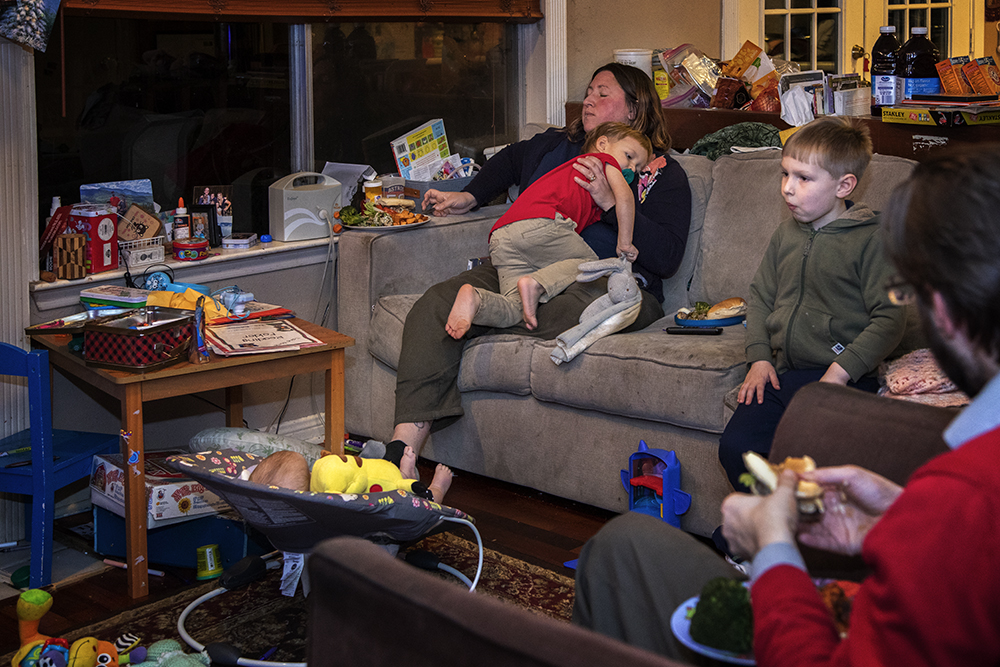 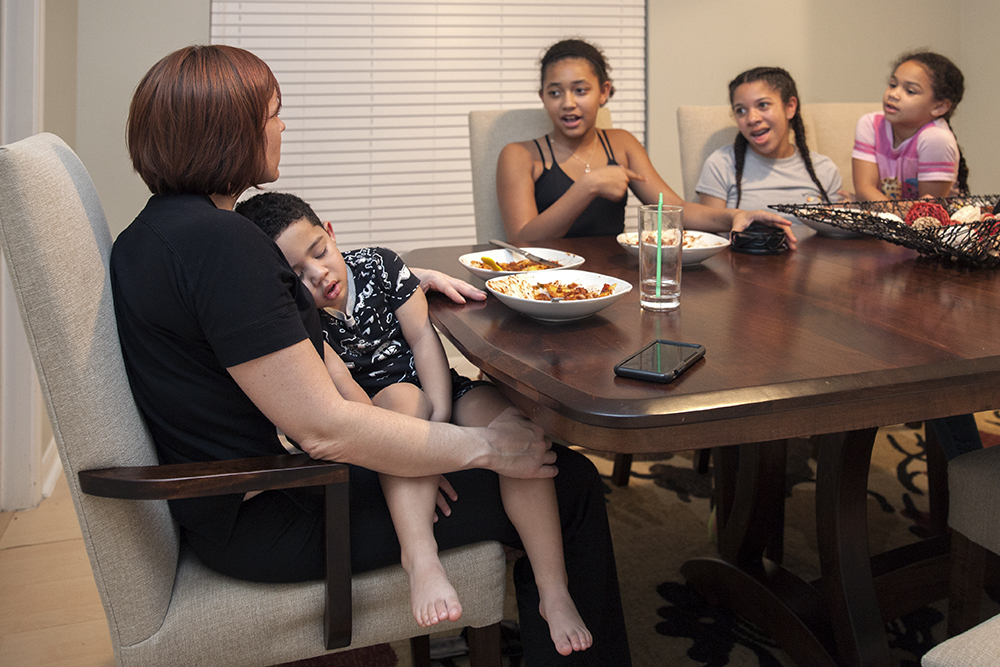 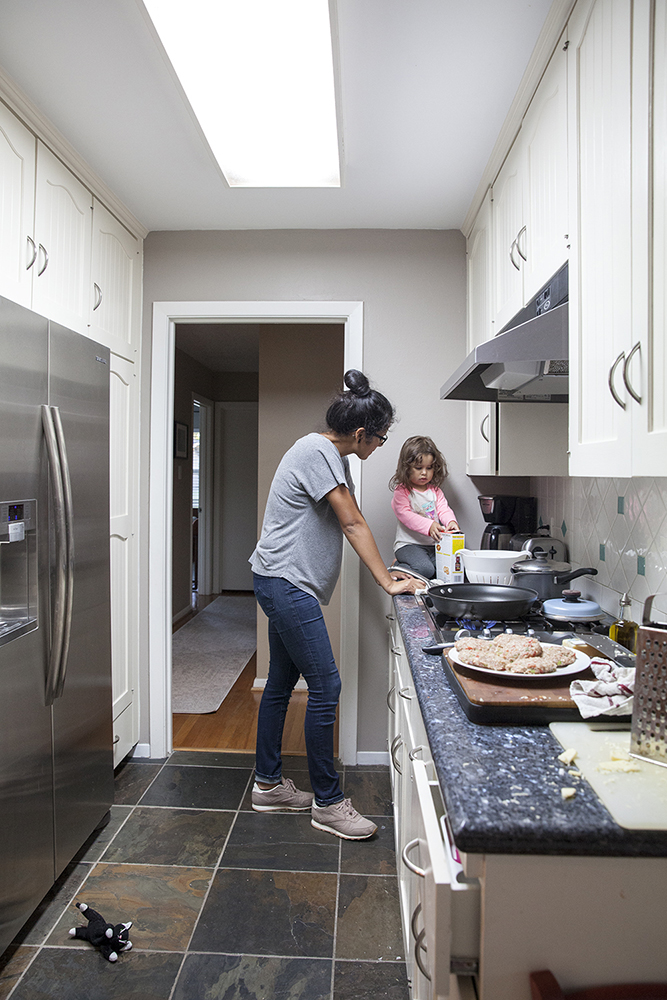 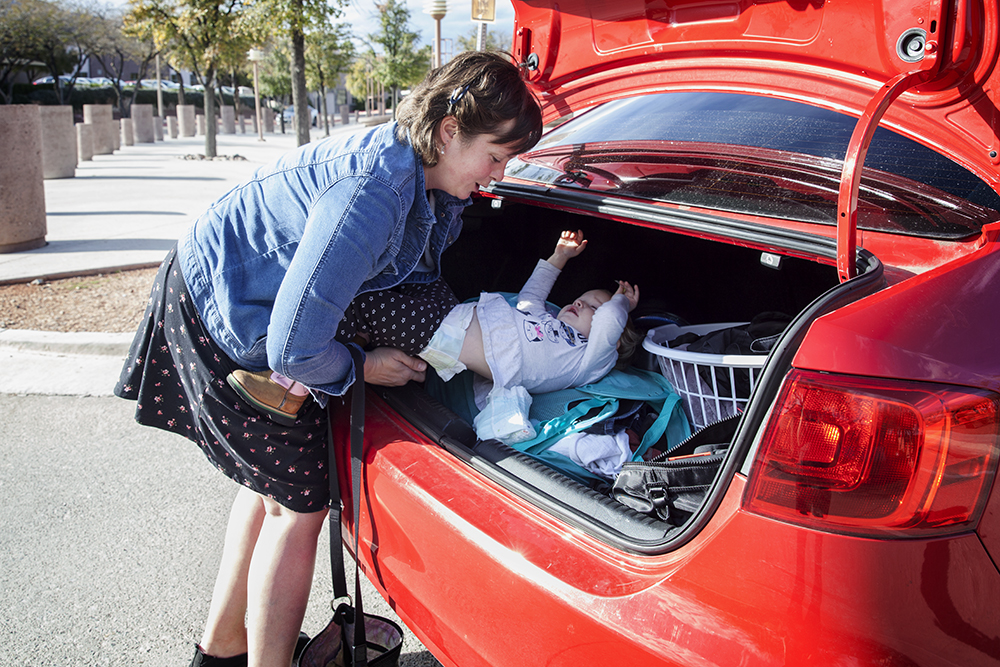 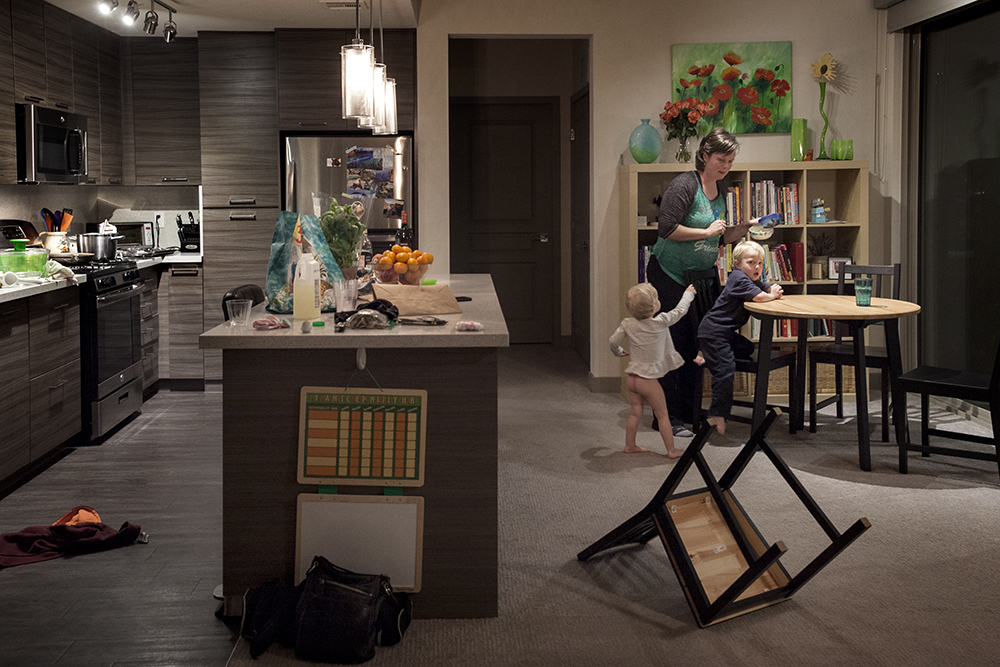 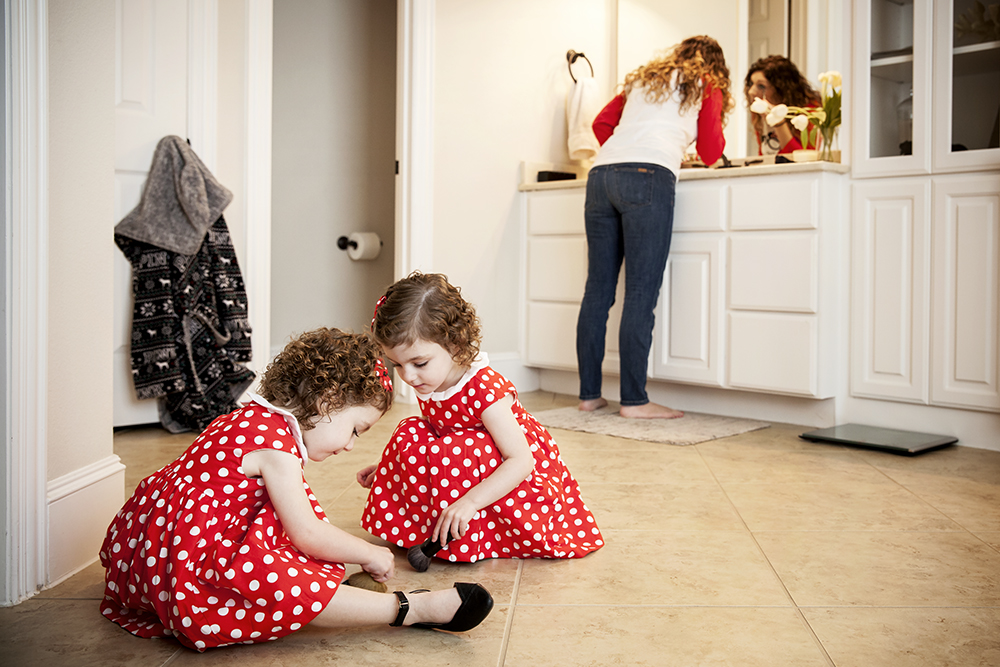 NEXT | Shootapalooza and World Cyanotype Day at the Griffin Museum >
< The Curated Fridge: Meraki Vagary: The Art of Slowing Down | PREV