Eliza French and Jeff Charbonneau’s exhibition of their new series, Playground, was the must-see exhibition on the opening night of The Month of Photography in Los Angeles, at the Robert Berman Gallery in Santa Monica’s Bergamot Station. The exhibition is on view until May 5, 2010.

On a personal note, Jeff and Elk are long time friends from years of sharing fixer in the darkroom, so I was thrilled to see their evolution as imagemakers and the exciting direction that their work is going. All the images were shot on large format film, and all of the objects and the people are yes, really there, in real time, in the space, and have been captured on analogue film, and then interpreted. The square images were captured with a Hasslebald and the panorama images were shot on two different custom built panoramic cameras.

Each picture is on one negative. All of the elements, the props, the spheres, and the women, are all present when we shoot, and therefore on the negative. We tried to keep retouching in Photoshop down to a minimum. It was necessary to use it for removing the plastic tethers that held the spheres in place, but we did not rely on Photoshop to create anything new. The spheres are weather balloons that range in size from 3 foot in diameter to 18 feet in diameter. They are filled with a combination of helium and oxygen and were very difficult to use. In most of the shots in the exhibition the wind was a major factor and our biggest enemy. The models were required to stay very still for several minutes while we waited for the spheres to blow into a desirable position before we clicked the shutter. Producing these pictures felt very much like producing a performance and capturing it. Because of the movement of the spheres and the number of models we had in some of the images, it really felt like we created a temporary set, or a bit of land art, which we then populated with characters and captured before it was disassembled. 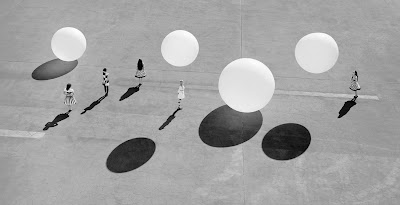 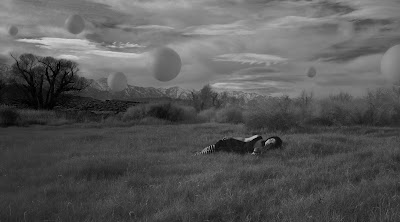 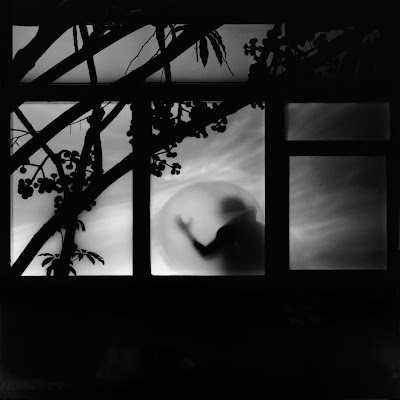 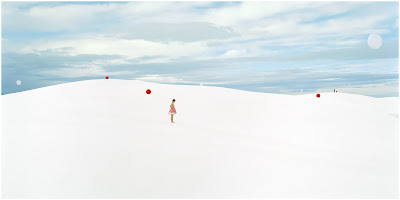 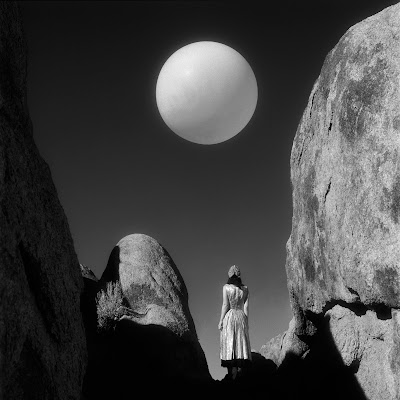