Native New Yorker, Alix Smith graduated from The School of Visual Arts with a Masters in Photography and Related Media. The project she brought to Santa Fe was titled States of Union. Using classical paintings as a reference, Alix created portraits of gay and lesbian families that have a strong historical context, allowing her subjects a sense of legacy. She also contributes to the current cultural debate around homosexual unions by finding monogamous and stable exemplars. She sought out long-term couples, and using visual tropes borrowed from references like the Saturday Evening Post and Old Master portraiture, injected her images with clues that are emblematic of security, monogamy and convention. An excellent interview with Alix appears on The Advocate.com.

I have also featured a second series, Through Imitation.

Images from States of Union 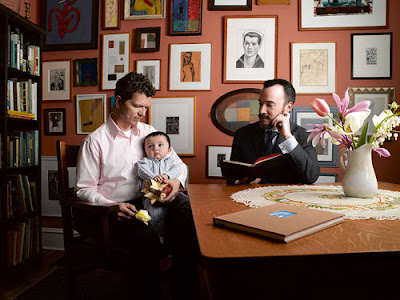 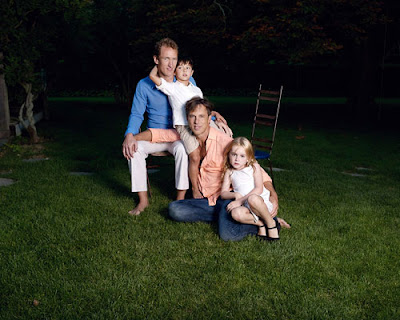 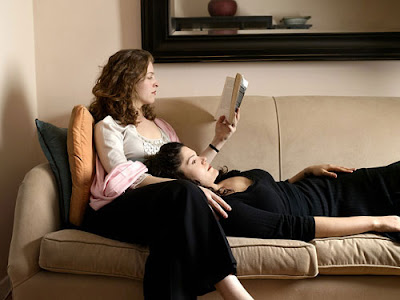 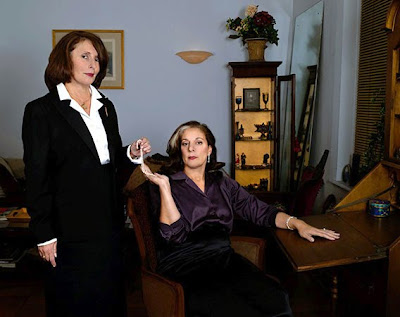 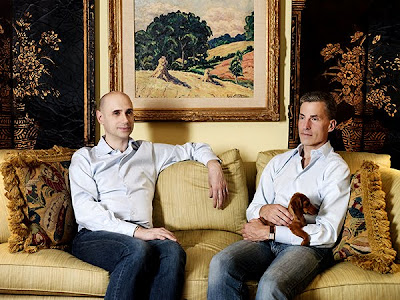 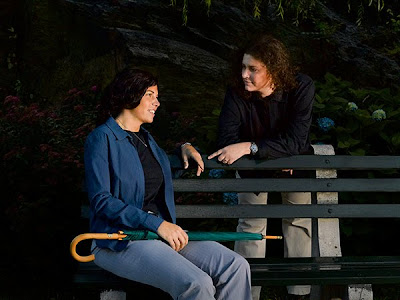 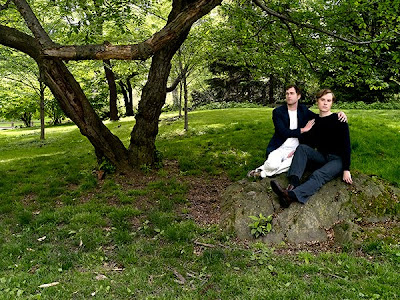 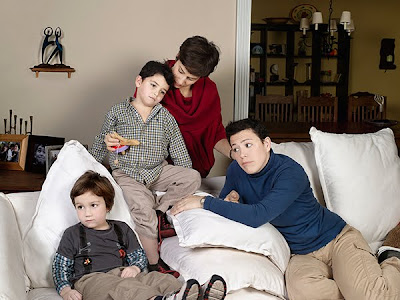 My project, Through Imitation, explores the concept of identity and gender as the product of cultural and social influences. Throughout our lives we take on traits and imitate those whom we identify with regardless of gender. These traits and influences are internalized and consequently performed, through the characters of Truly Fabu and Ingenue. My subjects are drag queens who call upon their background to formulate their created identities. Their transformation liberates them allowing them to transcend limits of gender, creating an alternate reality. I photographed two drag queens who had grown up in middle/upper class households. Separated from the judgment of the outside world, I photographed them in the apartment in which one of them grew up. Employing the costumes and poses of the upper class, they take on the cultural stereotypes of the world in which they grew up.

Images from Through Imitation 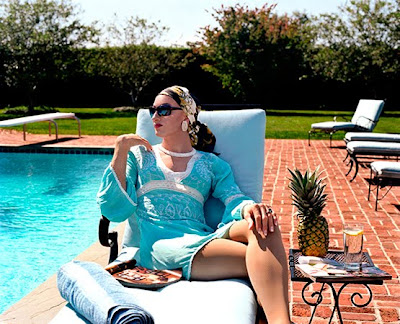 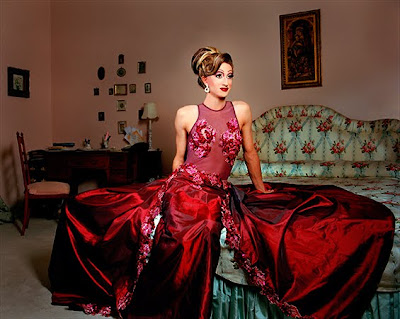 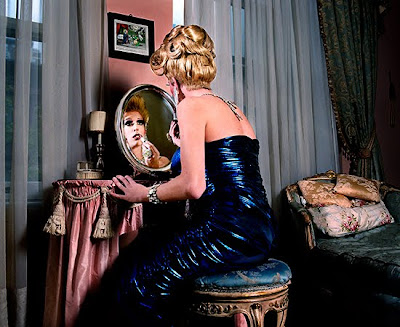 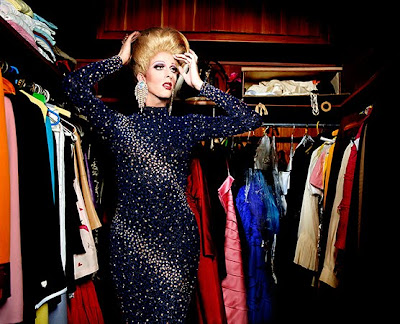 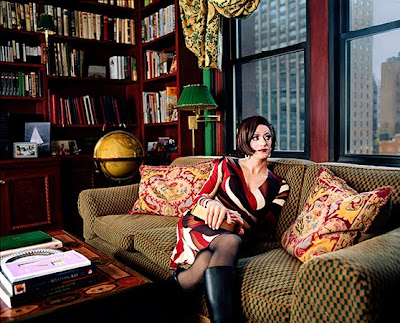