Nadia Sablin has a unique world view, with roots in two parts of the world. She was born in the Soviet Union and moved to the United States when she was twelve. Nadia packed her suitcase full of rich visual memories with an ability to tell stories and create portraits that allow us a window into her personal history. Nadia now divides her time between St Petersburg, Russia and New York City, where she is pursuing several photographic projects. I am featuring two of those projects, Two Sisters and Together and Alone.

Two Sisters: In 1952, my grandfather began to lose his vision as a result of being wounded in WWII. Wanting to return to the place where he grew up, he found an unoccupied hill in a village in the Leningrad region of Russia, close to his brothers, sisters and numerous cousins. He took his house apart, log by log, and floated it down the Oyat river to its new location and reconstructed it. This house, with no running water or heat, is the place where my father and his siblings grew up, each moving to the big city after finishing school. 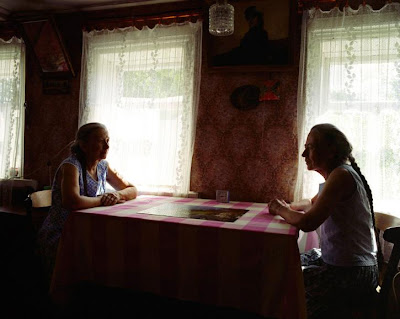 Now, more than half a century later, the house still stands, occupied by two of my aunts in the warmer months. They plant potatoes, bring water from the well, and chop wood for heating the stove. For the last three years, I’ve spent the summer in the village, photographing my aunts’ quiet occupations, and the small world surrounding them. Their life spent in the routine of chores, handiwork and puzzles seems untouched by the passage of time. 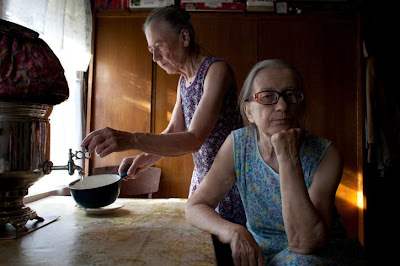 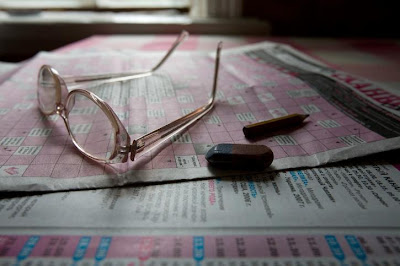 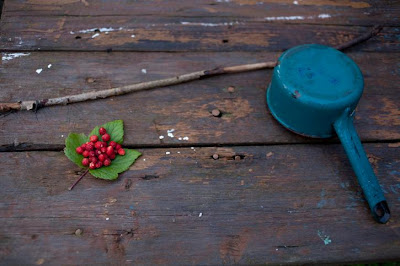 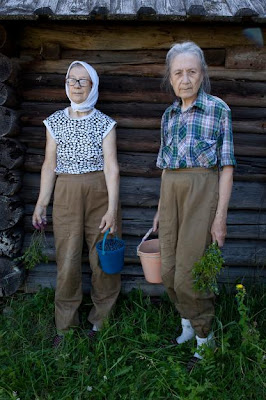 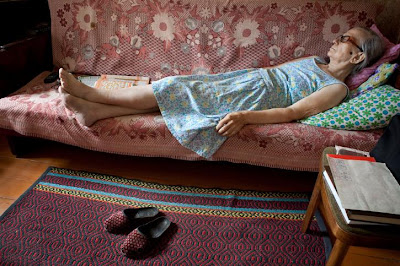 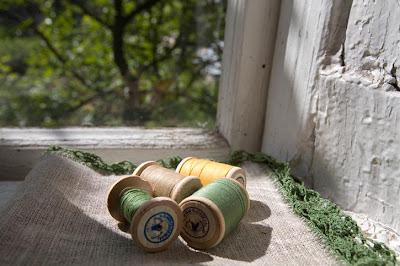 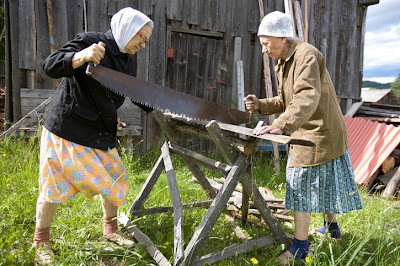 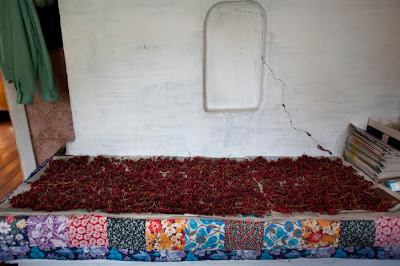 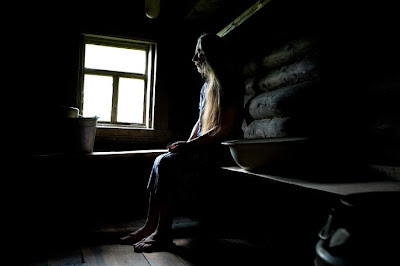 Together and Alone:I was conceived, mistakenly, as a twin, although nobody knew this but me. There were two of us, in the womb, identical from our underdeveloped heads to our microscopic toes. She was a Russian girl, just like me, a secretly Jewish Russian girl, prone to emotion, impatient, bookish. She hid. I knew her well before we left. We conspired on hot days in the village, outwitted the demons in the marshes, looked for treasure among the reeds. We parted ways in ’92, when I was brought to greener pastures, great-grandmother’s pillows and iron skillet in tow. She is still breathing magic. She, the other one, is beautiful. Her braid is down to her feet like my aunties’. 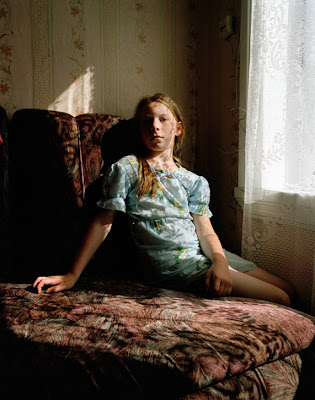 Our life packed in six check-in suitcases, three carry-ons. I was alone here in your new world, so I tried to replicate her, mold her out of my mother, out of American girls, out of mirrors. I search for her in images by Dutch painters, in stories by Marquez and Bulgakov. She lives off drywall, in an attic, in a well; she ascended to heaven, she is a mother by now, she walks the outskirts of St. Petersburg as a whore, she is still a child, while I’ve grown bigger, and am good at paying my bills on time. 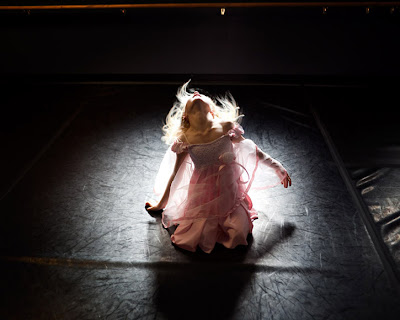 She brushes her hair one hundred times before bed. A wolf guards her virtue. I see her in the eyes of strangers. Her gestures overtake theirs for a split second, and she is gone before they know what has happened. With my trap, I wait for her to appear there, and if I’m quick enough, if I press the button at the right moment, none of this will be real. We will be together again, she and I, conspirators, sisters, laughers of derisive laughter, whole. 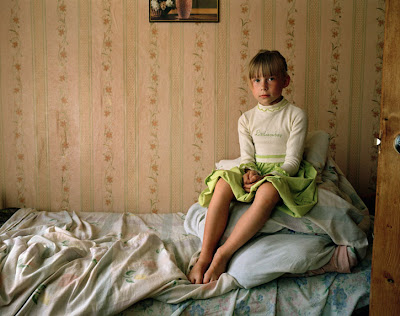 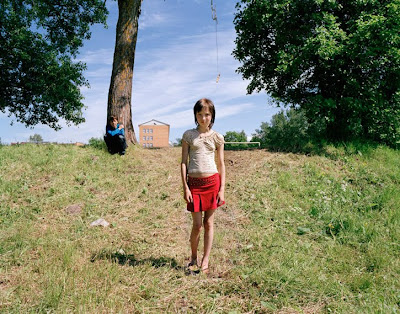 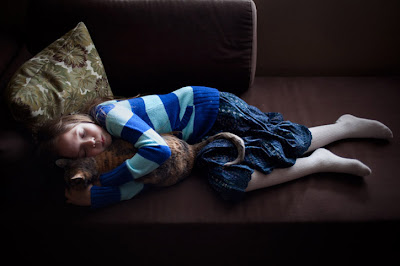 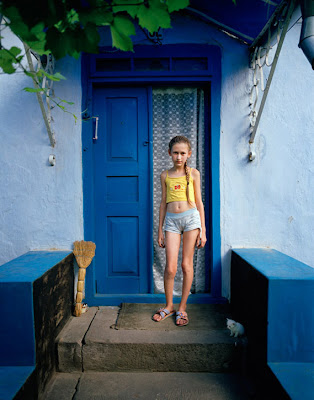 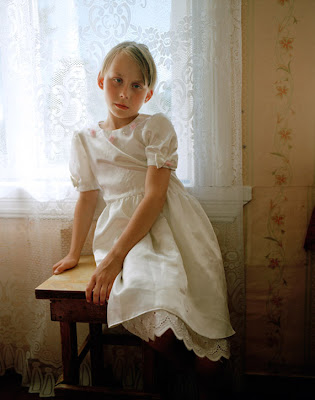 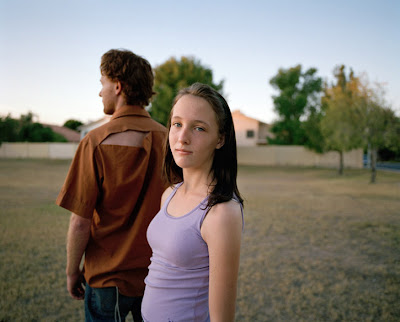 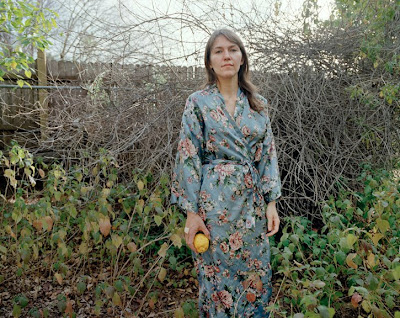