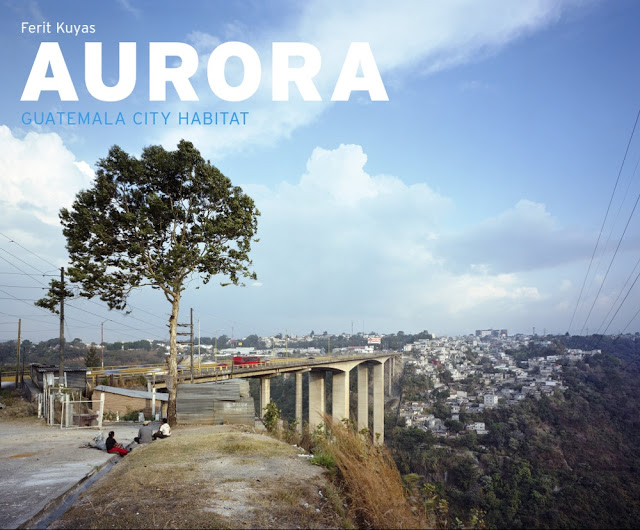 I’m a long time fan of Swiss photographer, Ferit Kuyas. His stunning project and book, Chongqing, City of Ambition was received with much acclaim in 2011.  He brought a new project to Photolucida, Aurora, Guatemala City Habitat–the result of an invitation to a photo festival in Guatemala. Ferit has a new book to accompany the work that can be purchased on his site. Ferit achieves his wonderful imagery with a 4×5, carefully composed and executed. He also opens an exhibition at Art Galerie Siegen in Siegen, Germany opening June 26th and running through September 7, 2013. 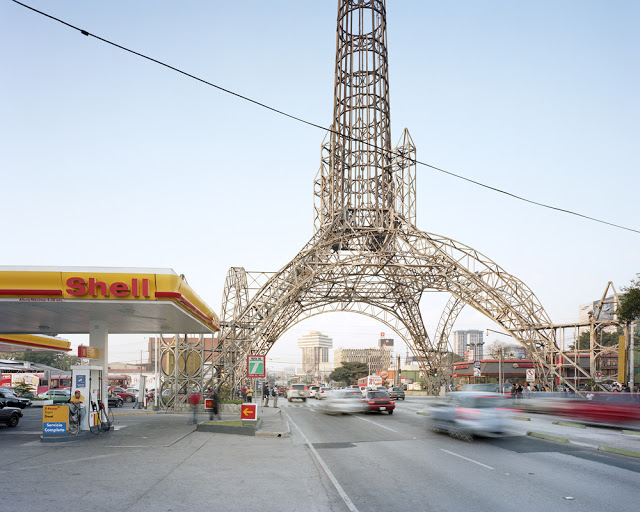 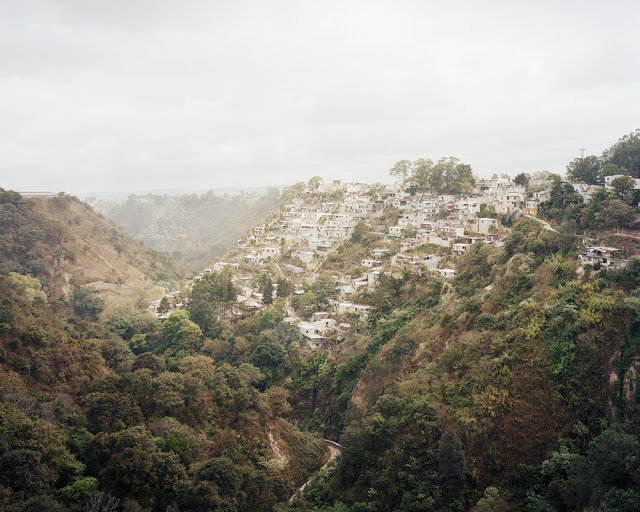 Aurora
Guatemala City Habitat
Spring 2010 I received an e-mail from a friend telling me about a photo festival in Guatemala City. I visited the festival‘s website, submitted work and got accepted. Originally I did not think of attending the festival opening so far away. When I learned that I won the award for best project I had to go. I flew to Guatemala City July 2010. It was my first visit to a Latin American country. 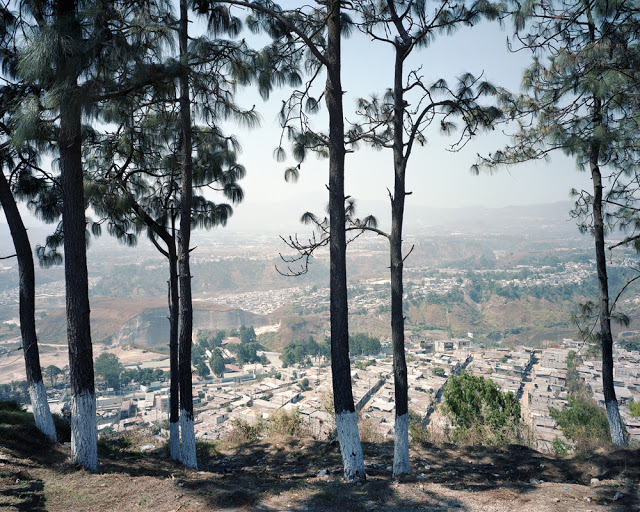 Approaching our destination I learned that Guatemala City airport’s name is “La Aurora“. Somehow this was touching. Aurora, the name of the goddess of dawn is a sign for a new beginning, it feels very optimistic. And most of the 3.5 million people populating Greater Guatemala City need that optimism to get through their life. Their hospitality and friendliness on one hand and the issues they are facing with poverty and security problems on the other hand quickly made me think of my next  project. 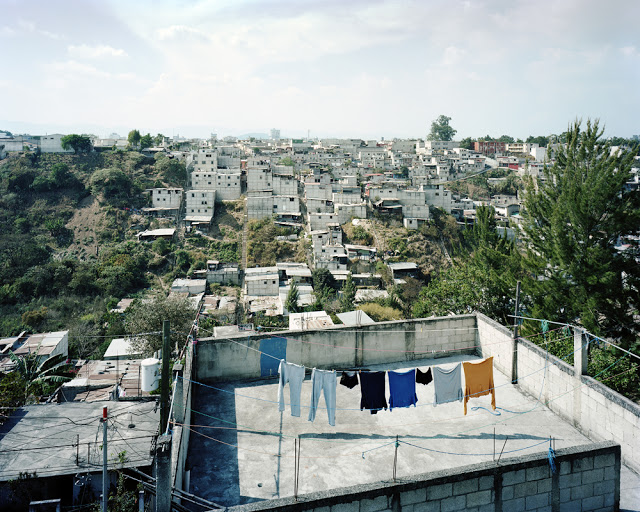 January 2011 I started photographing the city. I was aware of the danger, having before seen private security guards standing in front of virtually every building. I had not imagined that it would be so difficult to get what I wanted—some of it I never got. If something was interesting there would be a wall or security guard in front of it. Or both. Without my local helpers I would have been lost. It is crucial to know where one can go and where absolutely not. 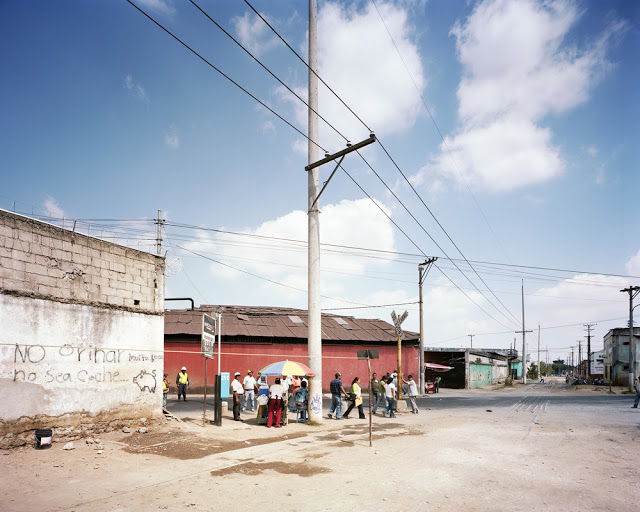 Guatemala City was planned from scratch by the Spanish when natural disasters made them move away from their ancient capital now known as Antigua Guatemala. The City is divided into “Zones“, numbered from
1 to 25 of which three do not exist yet. New Zones were added in the pattern of a spire, circling around Zone 1. This led to an interweaving of places where poor people live and places where wealthy people live. The “Barrancos“ (ravines) carving their way through the city make topography challenging. And dangerous, because there is a high crime rate in those places hidden from outside view. 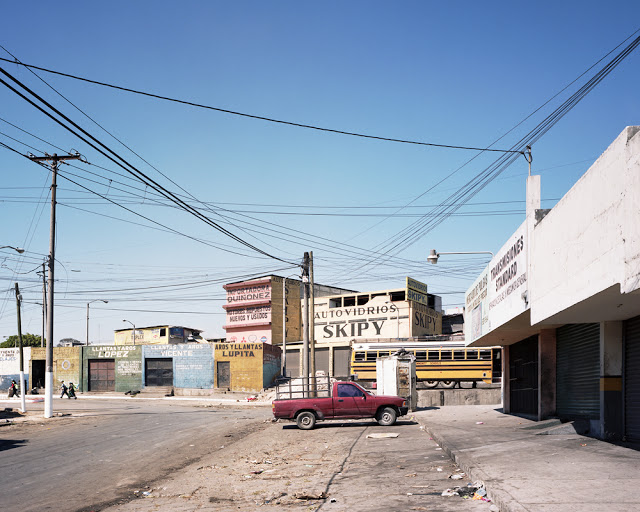 Like in many other countries in a similar situation the American Way of Life is the goal for many. Global franchising companies have spread out and mobile communication is extremely popular. The United States of America have contributed to shaping the city—it was Pan American Airlines who imposed the airport to be much closer to the city center. 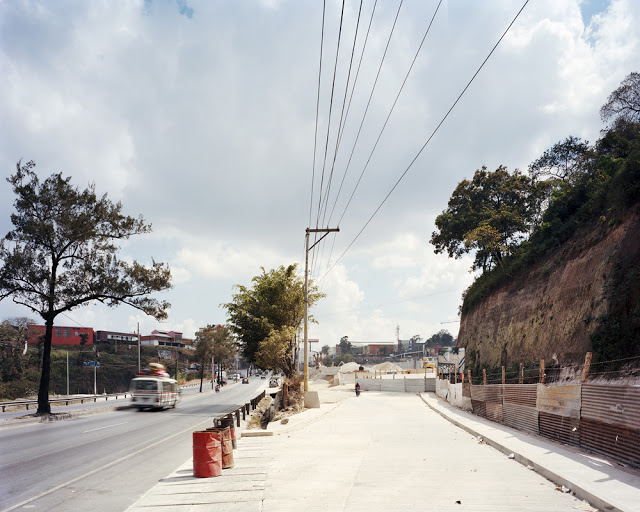 Here we are at the airport again only to bring the dreamy name
“La Aurora“ back to reality. It is the name of the large farm which was sacrificed to build the airport. 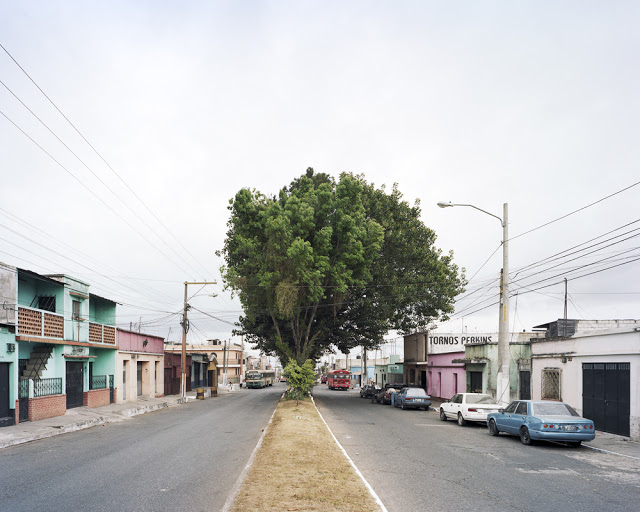 Another poisoned dish. But an exciting one. 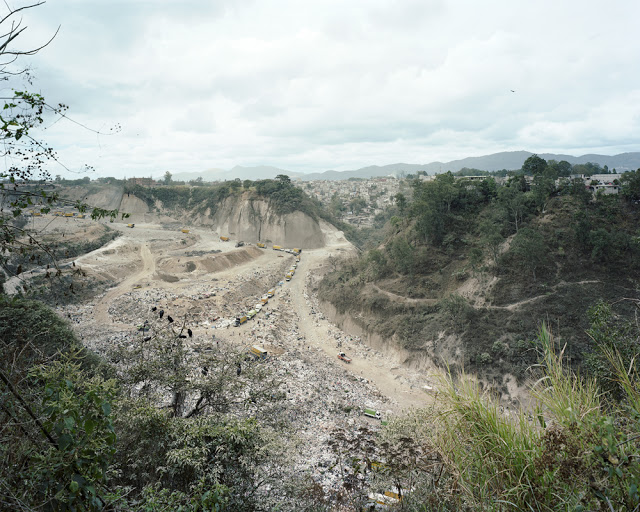 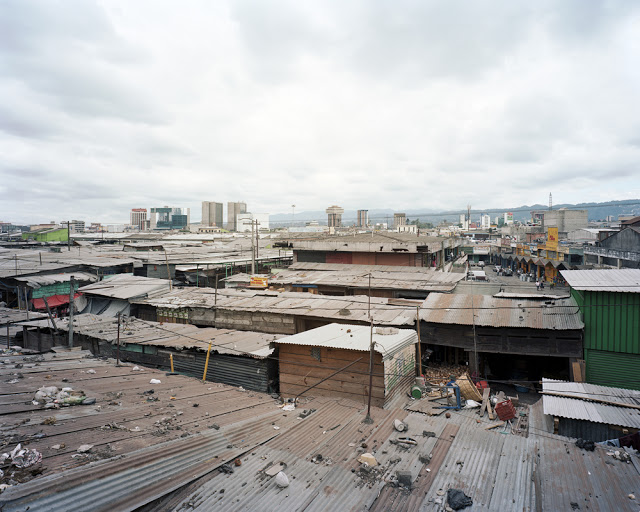 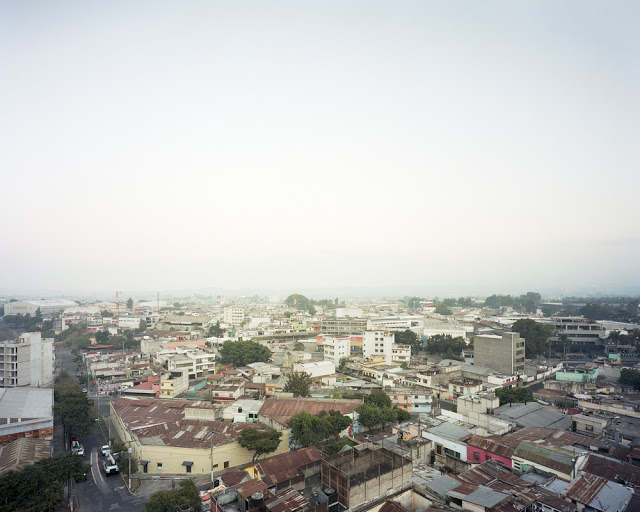 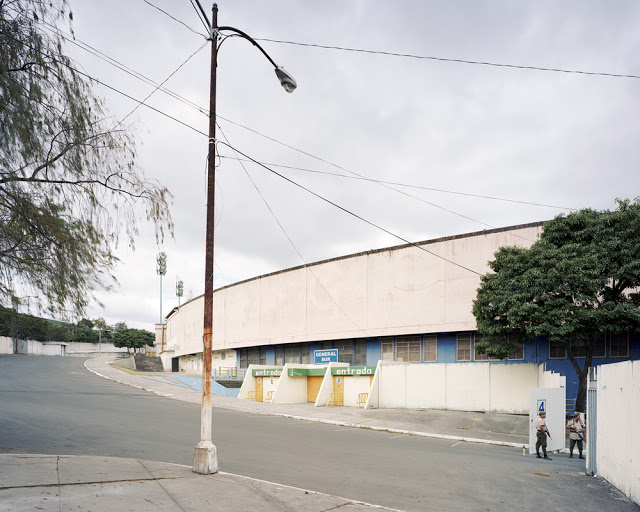 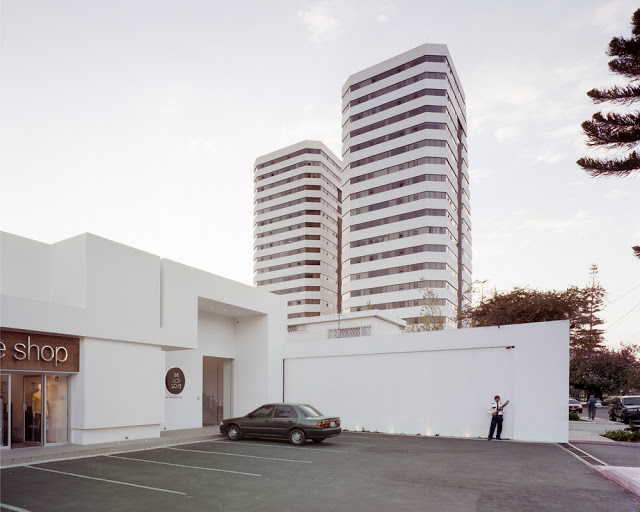 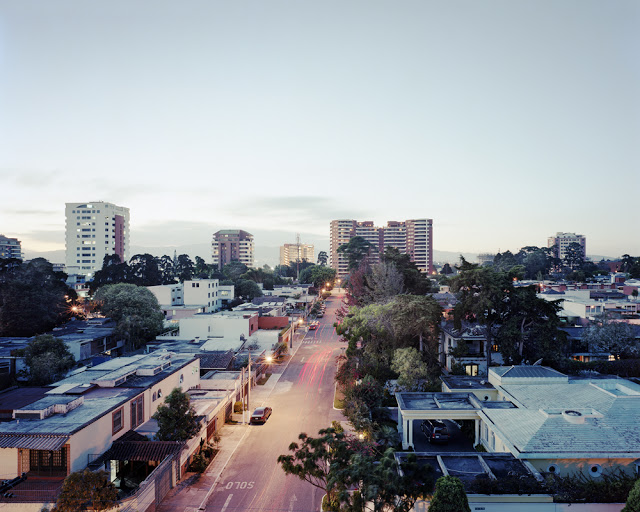 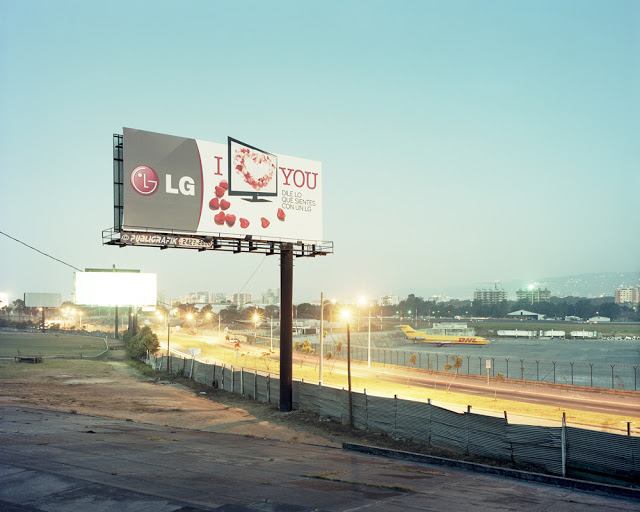