Bring The Great Picture to New Orleans by Aline SmithsonSeptember 14, 2013 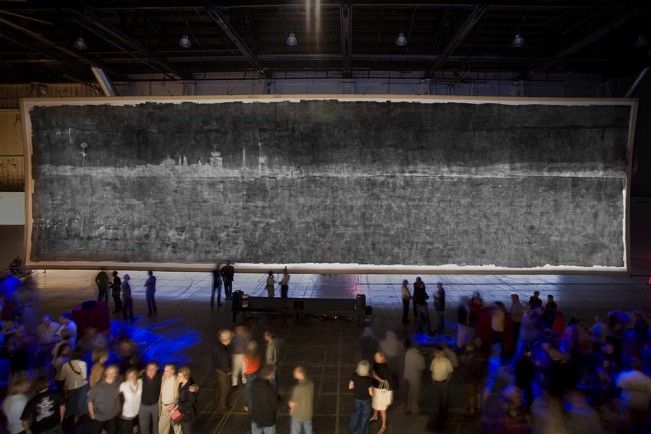 Seven hot summer nights ago in 2006, two photographer friends, Kathleen Laria McLaughlin and Amanda Keller Konya and I drove an hour south to an abandoned Air Force base in Southern California. We arrived to a buzz of activity, bullhorns, and the anticipation that we were about to help with the creation of the largest photograph ever made. We knew it was going to be a special night.

The Great Picture is the world’s largest photograph, a history-making image three stories high by eleven stories wide. The photograph was made using a shuttered Southern California F-18 jet aircraft hangar transformed into a gigantic camera obscura—the largest camera ever made. It’s a grand statement — a final monumental black-and-white photograph made at the point photography transitions from film to pixels.

The Great Picture was created over the nine months leading up to that evening in July 2006 by six well-known photographic artists collectively known as The Legacy Project : Jerry Burchfield, Mark Chamberlain, Jacques Garnier, Rob Johnson, Douglas McCulloh, and Clayton Spada. The Legacy Project photographers were assisted by 400 volunteers, artists, and experts. We were assigned jobs and began working in their jet-hangar-transformed-into-camera. The group hand-applied 80 liters of black and white emulsion to a seamless 3,375-square-foot canvas substrate custom-made in Germany. Development was done in a custom Olympic pool-sized developing tray using ten high volume submersible pumps and 1,800 gallons of black and white chemistry. It was a remarkable night producing a historical masterpiece that has an ongoing legacy.

The New Orleans photographic community including The New Orleans Photo Alliance, Contemporary Arts Center New Orleans, The American Society of Media Photographers New Orleans/Gulf South Chapter and Photo NOLA are working together with the Legacy Project to bring The Great Picture to the city for PhotoNOLA 2013,  to be displayed at the Contemporary Arts Center New Orleans….and they need our help. The costs of packing, transporting, and installing this massive testament to the wet darkroom are staggering. So they have created an Indiegogo campaign to raise funds. If you support this project, plan to attend Photo NOLA, or just love New Orleans, please consider a donation here.

Images from the creation of The Great Picture 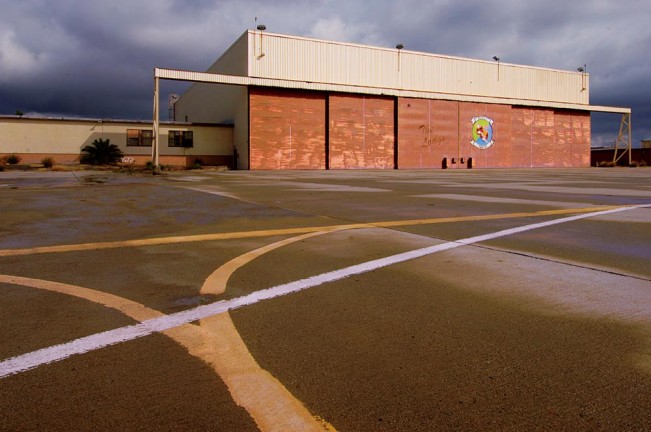 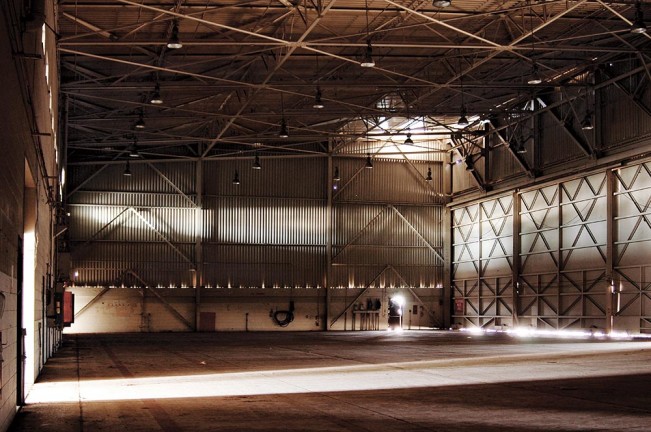 Photo credit: Jerry Burchfield
Light conditions inside the jet hangar when the group got possession of the building to begin work on the project. 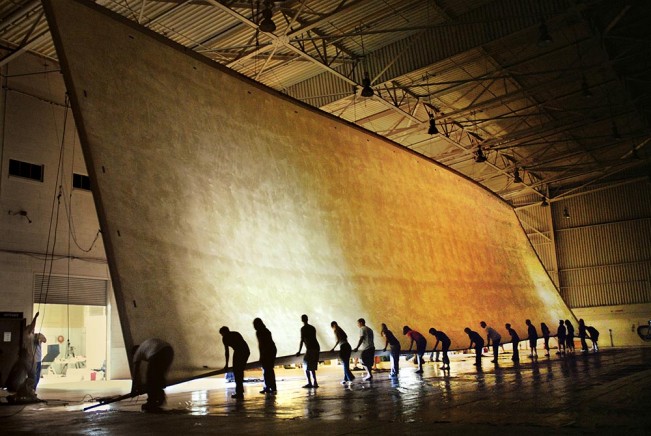 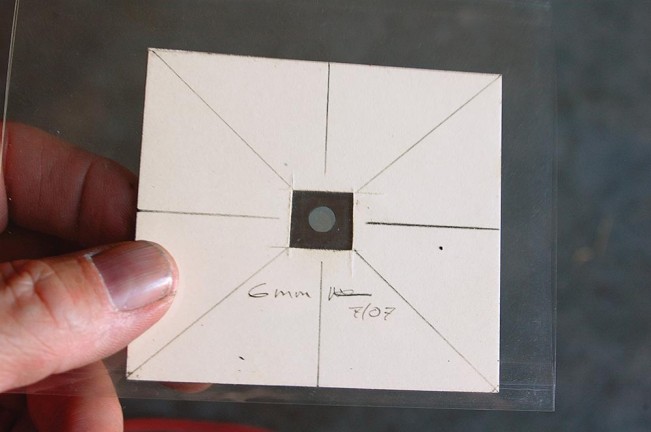 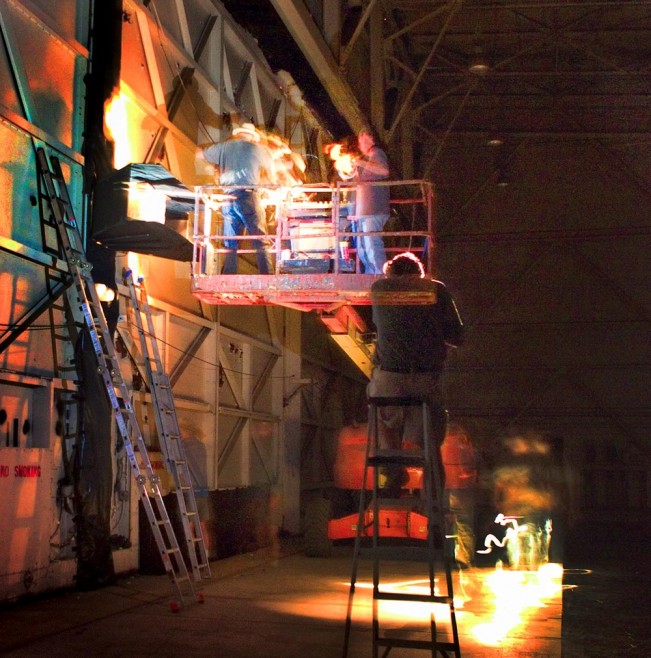 Photo credit: Jerry Keane
Installing test pinholes and the inside “lens baffle,” designed to direct light at the image area only. 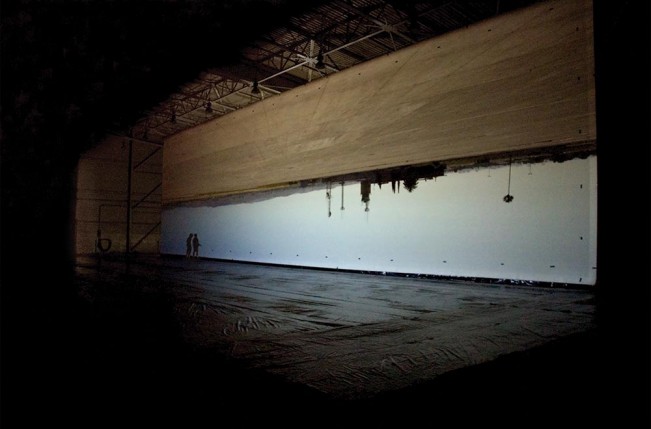 Photo credit: Rob Johnson
The projected image on the suspended canvas inside the darkened hangar 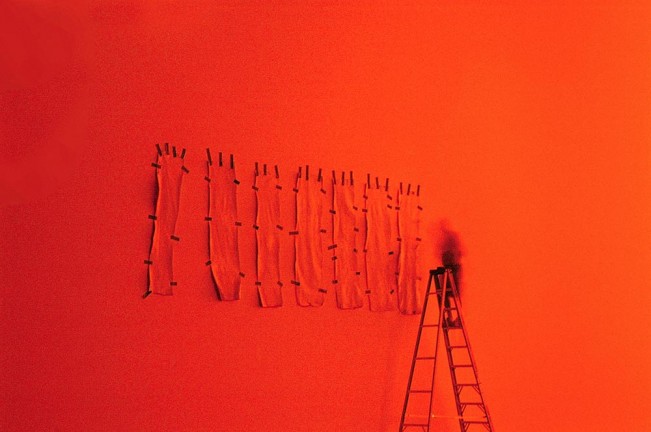 Photo credit: Rob Johnson
Test strips being hung on the canvas along the image horizon line from the top of a six meter ladder. 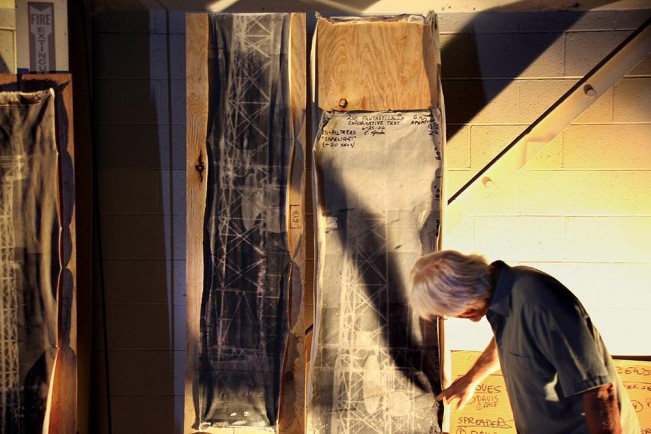 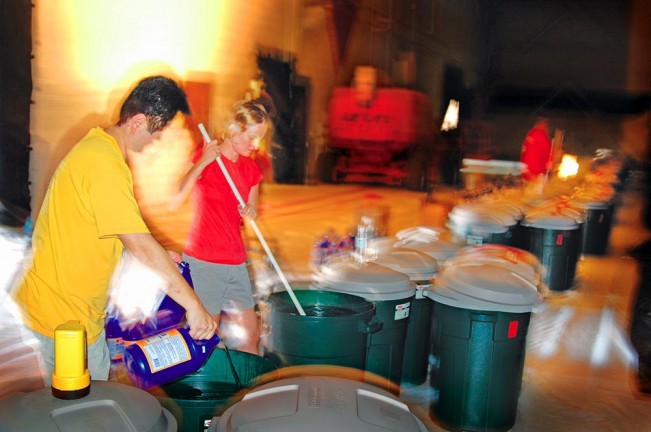 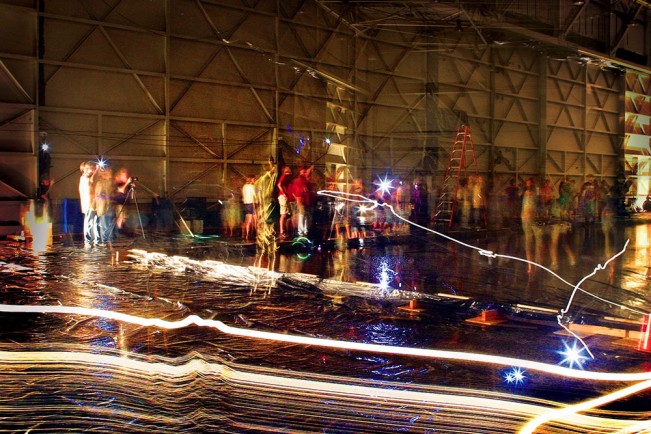 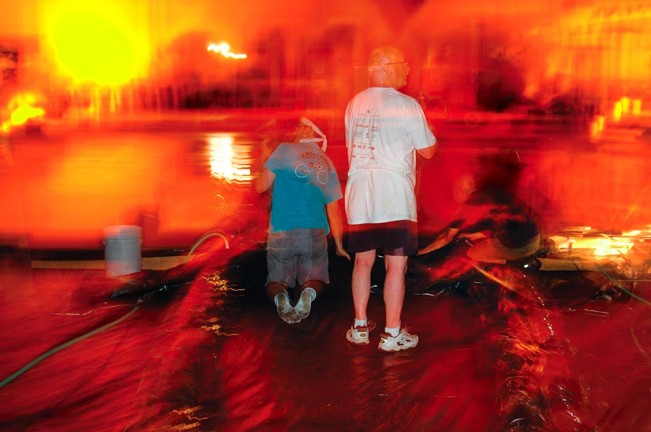 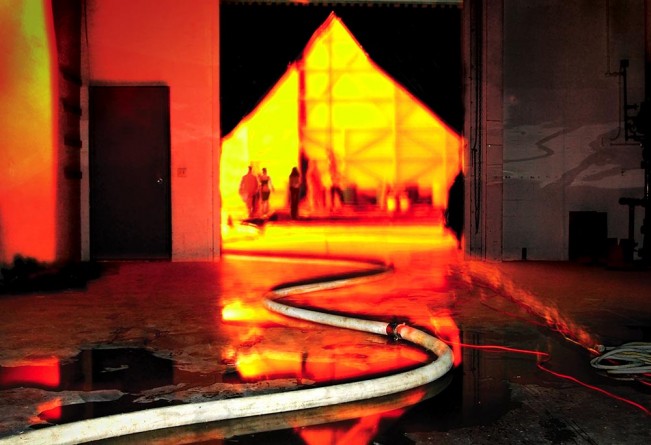 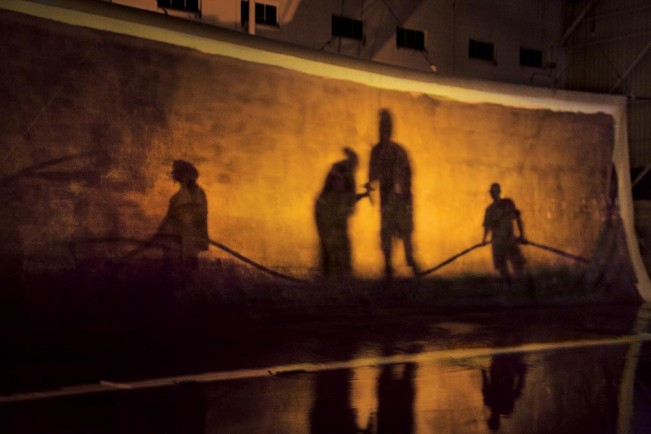 Photo credit: Larry Brownstein
Washing continued as the photo was lifted to dry. 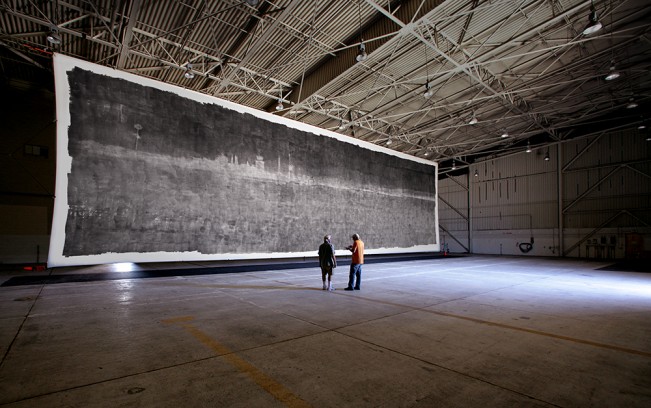 Photo credit: Rob Johnson
The Great Picture completed and hanging in the camera

NEXT | Twin Cities: Dialogue Between Hong Kong & Los Angeles >
< Sara Macel: May the Road Rise to Meet You | PREV