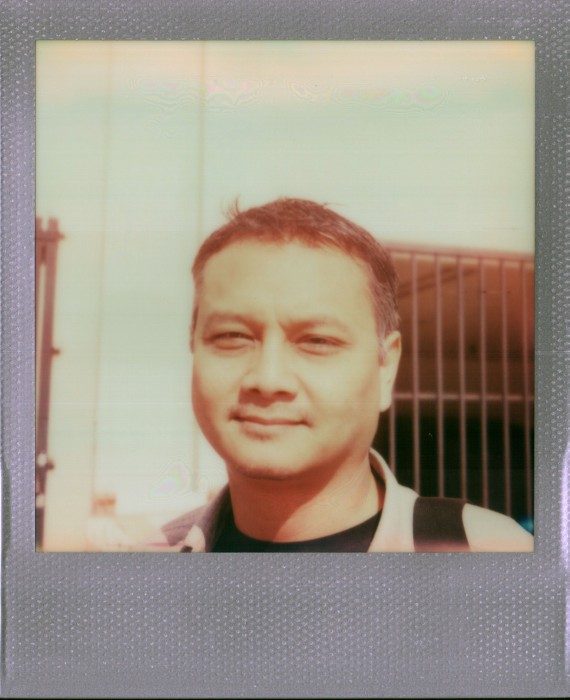 Because, frankly, simply judging work based on what sort of things I “like” is a disservice to the artist that is placing their trust in me and my opinions. I also tend to look for what is successful in the work I see and use that as a launching point to talk about the shortcomings I may see in the work being presented.

PhotoNOLA is on the horizon and I thought it might be a good time to celebrate Sesthasak Boonchai, former President (and now Communications Committee Chair) of the New Orleans Photo Alliance. His role at NOPA spans into a myriad of activities, all which celebrate photography and support the New Orleans photo community and beyond.

The New Orleans Photo Alliance is an integral part of photography life in New Orleans and adds tremendous richness to the PhotoNOLA experience with a variety of events, exhibitions, and workshops that surround the festival.  NOPA also offers two significant grants: The Michael P. Smith Fund For Documentary Photography (to honor the life and work of Michael P. Smith, one of New Orleans’ most legendary and beloved documentary photographers).  The MPS Fund awards one $5000 grant annually to a Gulf Coast photographer whose work combines artistic excellence and a sustained commitment to a long-term cultural documentary project and The Clarence John Laughlin Award that supports the work of photographers who use the medium as a means of creative expression. It honors the life and work of Clarence John Laughlin (1905-1985), a New Orleans photographer best known for his surrealist images of the American South. The Clarence John Laughlin Award grants one $5000 prize annually to a photographer whose work exhibits sustained artistic excellence and creative vision.

Membership to the New Orleans Photo Alliance is open to photographers across the United States.

And now, the Sesthasak Boonchai Mixtape! 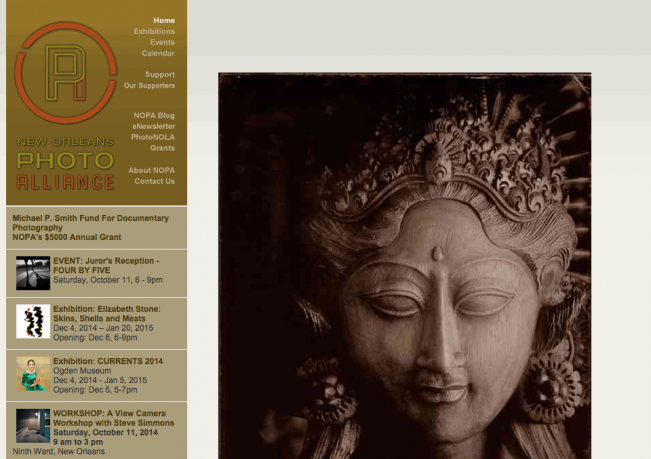 I was born in Thailand and grew up in Mississippi so I typically identify as Southern/American/Thai. My childhood was filled with lots of fits and starts, but there were three major constants: a love of art, road trips, and photography. My love of art hit early with field a trip to the Mississippi Museum of Art in Jackson. I distinctly recall seeing a sculpture by John DeAndrea and several works from the likes of Robert Henri, Miro and Whistler. These things we striking to me mainly because they opened my eyes to a larger world of art making (beyond Richie Rich comics). My love of museums has not diminished. 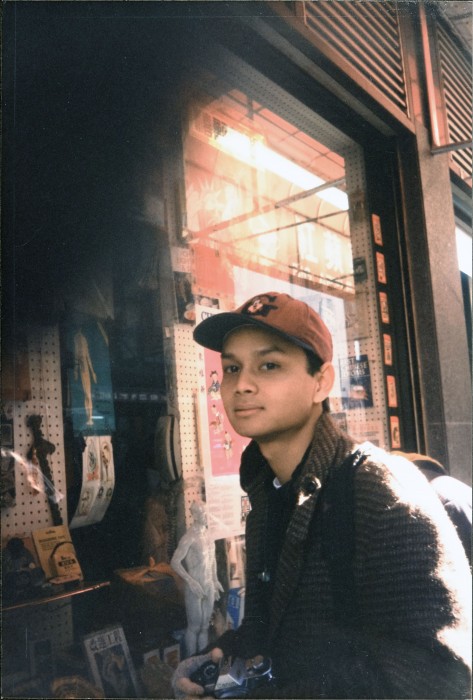 We took lots of road trips across America when I was young and along the way my dad made tons of embarrassing photographs of me and my mother. It made me hate being in front of a camera so when he gave me his old Canon FTb I immediately started hiding behind the camera. I taught myself the basics, took lots of snapshots throughout junior high and high school. Did yearbook, darkroom and all typical hobbyist things for years. It wasn’t until Graduate school that I began to seriously consider the significance of photography and how to incorporate it into my work. Grad school also cemented my belief that art making is rooted in problem solving and that train of thought knits my entire life together. 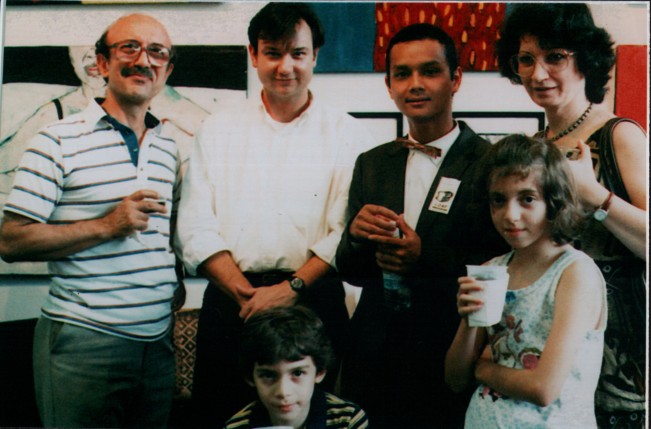 Professionally, I consider myself an Artist/Educator, but since returning to New Orleans three years ago I’ve focused on Pre-Media consulting and being President of The New Orleans Photo Alliance. So a typical day now has me answering emails, taking calls and trying to connect the dots of all my various duties and responsibilities. 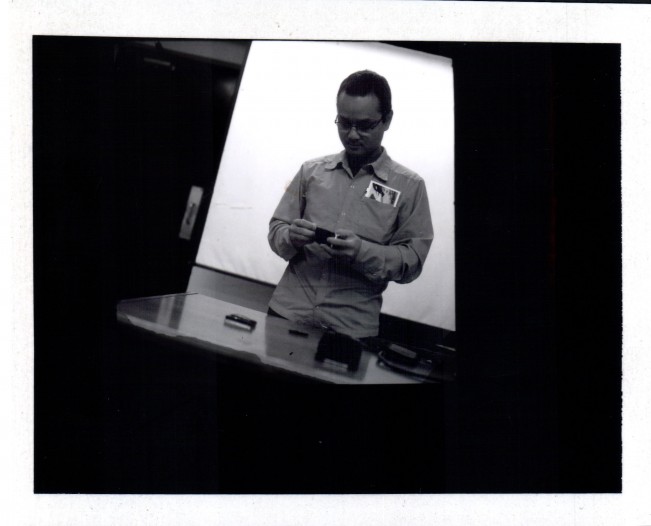 So in a given month I may be chatting with curators, directors, artists, potential sponsors, et al. Right now I am winding down a project with the New Orleans Museum of Art digitizing and archiving a large portion of their permanent collection. 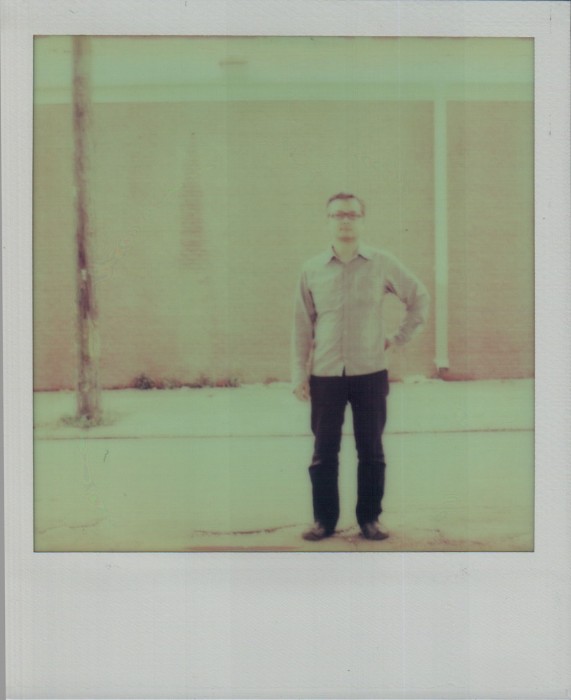 I’m terrible with tooting my own horn, but of late I’m proud of all the work I’ve done with the New Orleans Photo Alliance (NOPA). Which really means simply laying in the cut and making sure that the gears are oiled. NOPA is an amazing organization of volunteers and being able to conduct PhotoNOLA and hand out $10,000.00 in grants annually is an incredible feat. It really is a team effort… I’m just satisfied of my cheerleading efforts for the team.

Of course I’m very proud of the many students I’ve worked with over the years.

I typically spend most of my time speaking to the artist to see how committed they are to the work. It helps me to see beyond the images/objects being presented and dive into the content of the work. It also allows me to understand the context in which the work is made so I can see beyond my limited tastes. Because, frankly, simply judging work based on what sort of things I “like” is a disservice to the artist that is placing their trust in me and my opinions. I also tend to look for what is successful in the work I see and use that as a launching point to talk about the shortcomings I may see in the work being presented.

What is something unexpected that we don’t know about you?
I’ve only taken a handful of photography classes (maybe 4 total) because after dropping out of Architecture school I dedicated my time to studying drawing and painting. So everything I know about photography comes from practice and curiosity.

Coincidentally, everything I know about teaching comes from a 4 people: Brent Funderburk, Marita Gootte, Jon Whittington and Thomas Whitworth. All wonderful artists and educators. Look them up. 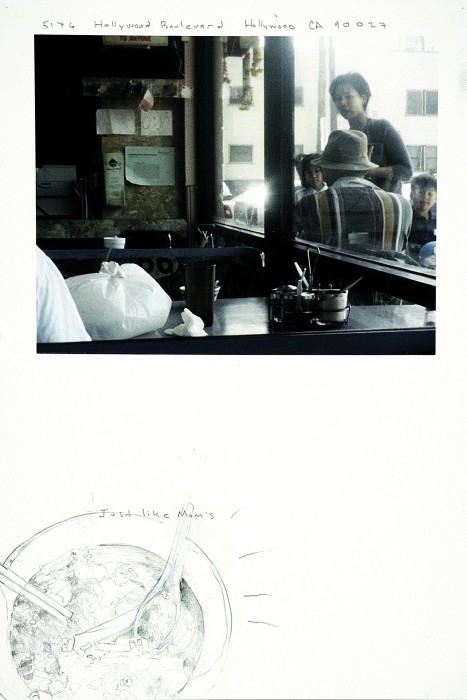 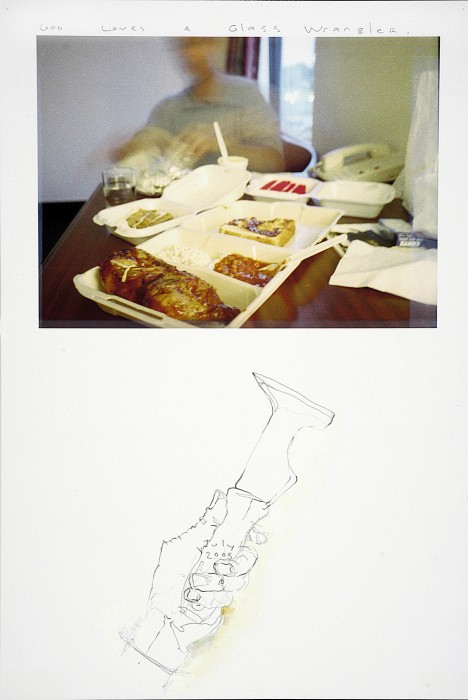 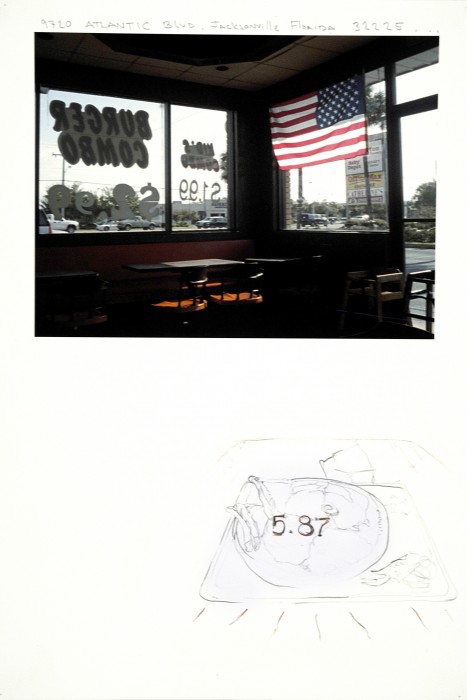 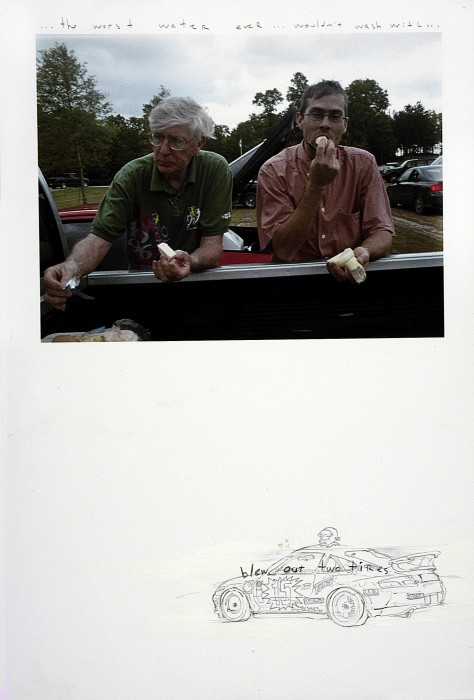 I love fast cars and guns. I learned English primarily through television and movies and (according to my mother) loved reading encyclopedias as a child. 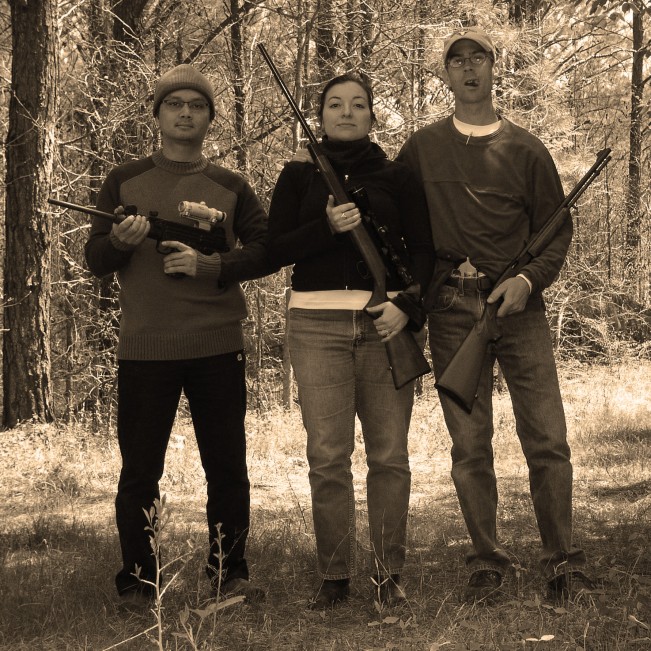 I dance very poorly, but love a good mosh pit.

As for favorites it’s hard for me to nail down because I listen to so many different things.

I can certainly give you a list of significant albums that have influenced me: The Clash, London Calling, The Ramones, Talking Heads, True Stories, Cyndi Lauper, She’s So Unusual, Nirvana, Nevermind, Prince, Sign o’ the Times and Nine Inch Nails, Broken.

The albums I listen to at least once month since the 90s: Peter Gabriel, So, Sam Cooke, Night Beat, Prince, 1999, Michael Jackson, Thriller, Wes Montgomery/Jimmy Smith, The Dynamic Duo and Janelle Monáe, The ArchAndroid.

The soundtrack to my life is The The – Dusk.

Many thanks, Aline, for this wonderful opportunity to share a bit about myself and helping to to re-discover a few things along the way.

An extra special shout out to Jen Shaw and all of the work she has done for past NINE YEARS coordinating PhotoNOLA (along with raising a couple of boys and creating lots of work). PhotoNOLA 2014, December 4-7, is packed with events so please check out PhotoNOLA.org for more inforamtion. We sold out our portfolio reviews in less than 5 minutes this year, but there is still much fun to be had.

Lastly, my mixtape/playlist.
I wanted to list dozens and dozens of my favorite artists here, but managed to trim it down to 10 lens based artists that I think deserve the your attention. The work runs the gamut of styles, themes and execution as does the playlist. The tunes reflect sort of an overall mood to the work and can be enjoyed while browsing the websites of each of the artists mentioned below.

If have Spotify check out the playlist here: Lenscratch Mixtape.
If not here is list in words: 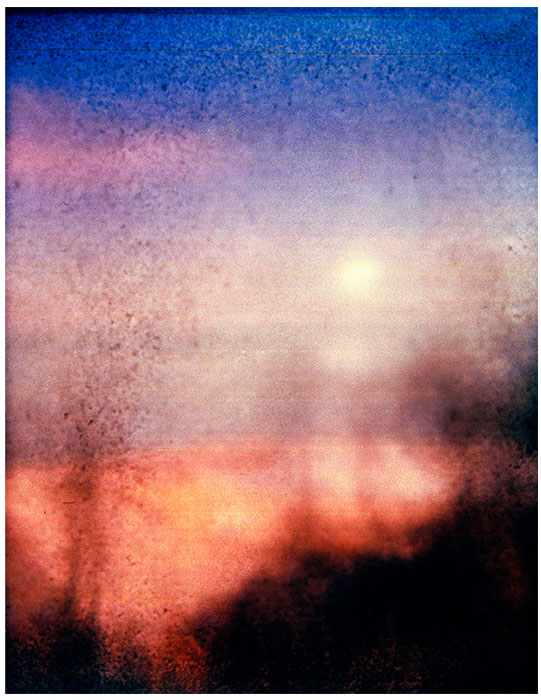 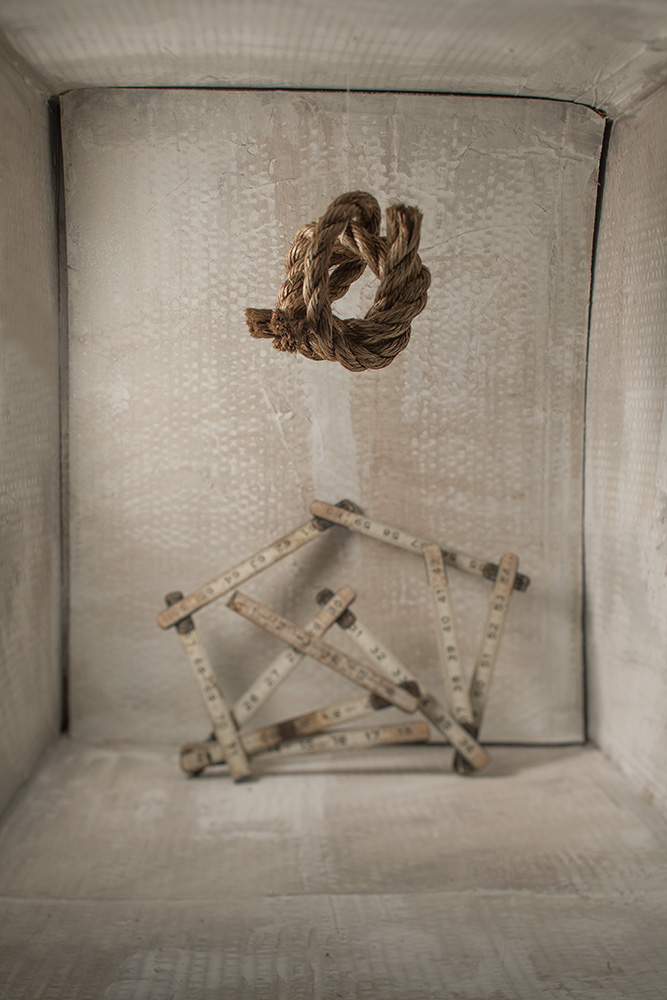 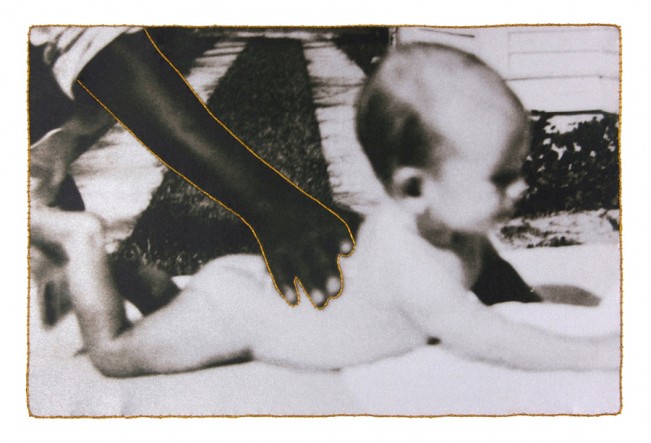 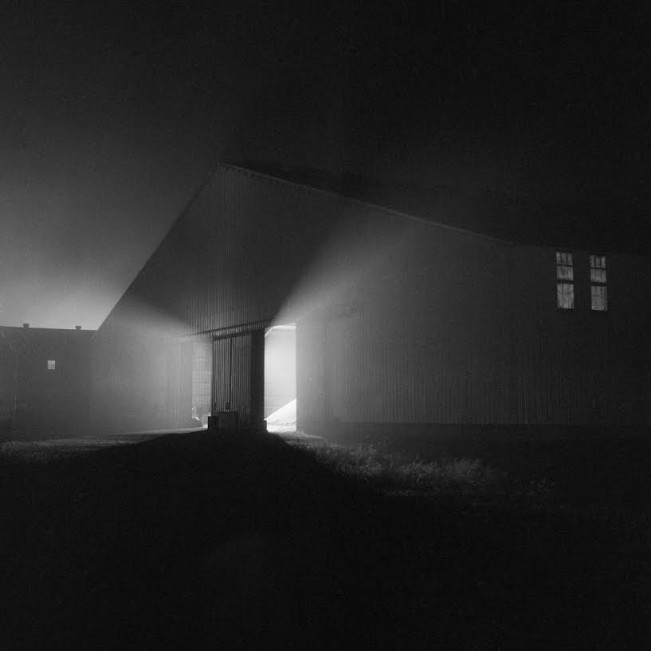 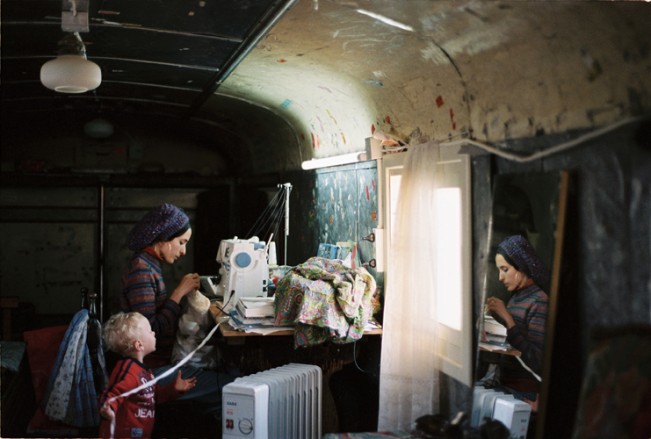 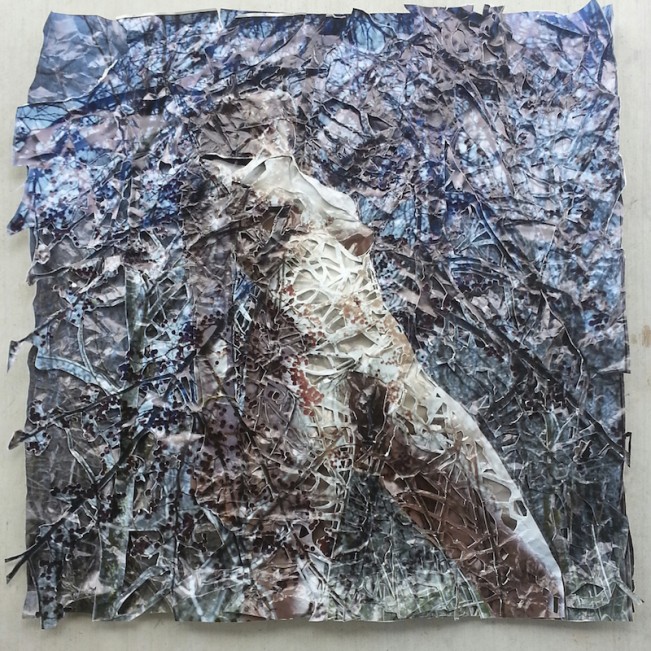 ©Tim C Best (Down in the Park, Gary Numan) 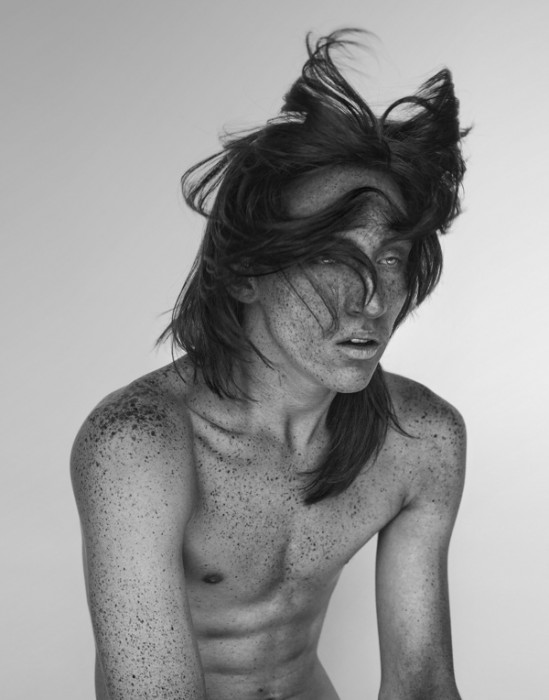 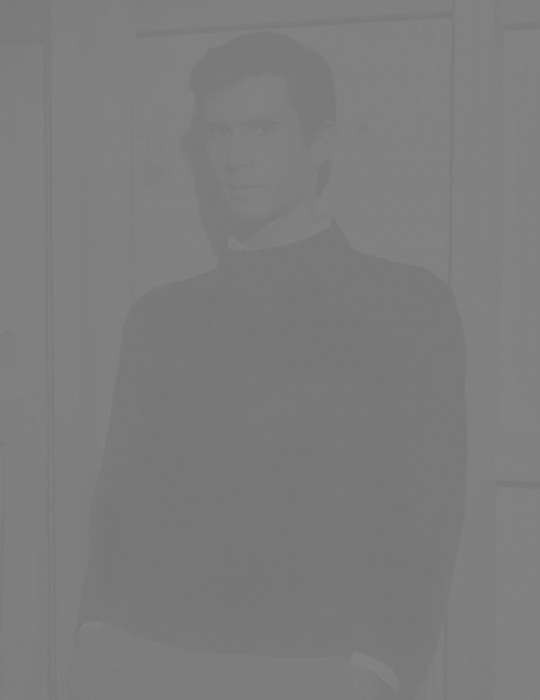 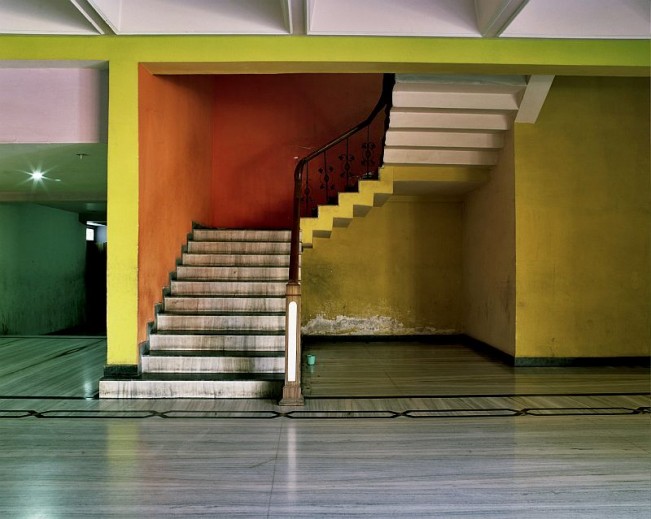 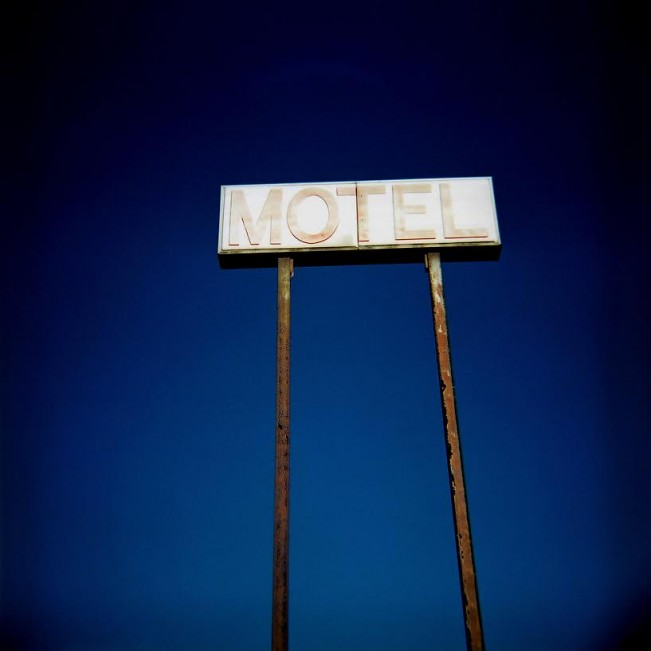 A huge thank you to to Sesthasak for all you do for photography and photographers!