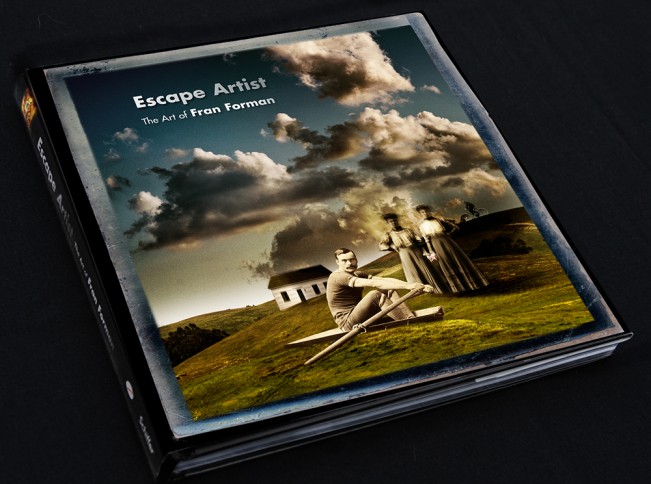 Photographer/Artist Fran Forman recently released a retrospective monograph, Escape Artist: The Art of Fran Forman, published by Schiffer Publishing LTD.The book features close to 100 images and is accompanied by poems and a story by writer Michelle Blake that act as a guidebook to Fran’s imaginary worlds. Fran has several exhibitions and book signings on the horizon: at the St.Botolph Club in Boston, MA on Feb 3; at Umbrella Arts in New York in February; at the Griffin Museum of Photography in Winchester, MA on February 21 where she will have a Book Signing and be part of a Panel discussion; and at The Studios of Key West, Florida in March, where she will have an Artist Residency, exhibit and workshop. Fran also will have an exhibition at the Henry Fox Talbot Museum, Lacock Abbey, opening in July and running through December.

I have written about Fran’s wonderful work on Lenscratch a number of times and I am excited to share this significant career marker. I asked Fran to share her journey through the publishing process. Her essay follows: 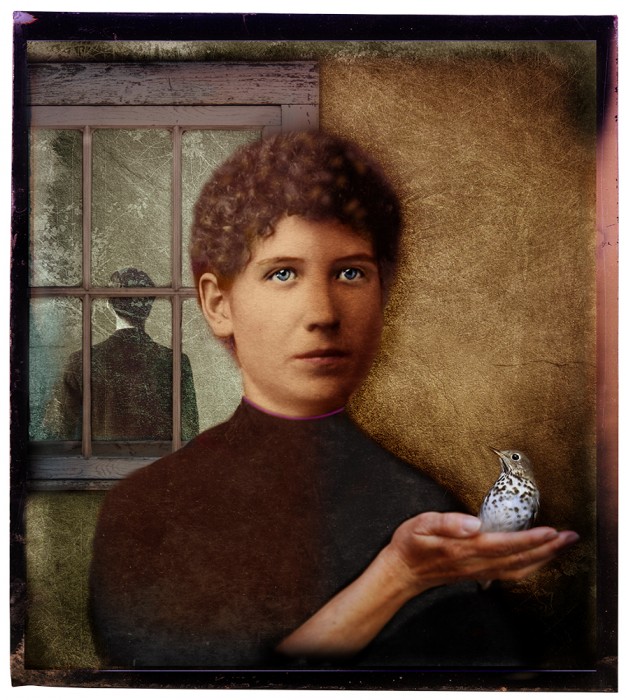 When I had shown a body of my work to the photographer Sylvia Plachy a few years ago at a weekend workshop, she simply said “Escape Artist’” She was able to articulate the common thread in one phrase and she announced, “get this published”. Easier said than done, I thought.

Fortuitively, not long afterwards, in late 2012 I was approached by the editor at Schiffer Books who had seen some of my work featured in other publications. Would I like them to publish a retrospective, he asked? My answer was instantaneous, of course. Schiffer is a respected American publishing house with an eclectic list of titles and some very impressive photography monographs, such as those of Amy Arbus and Harvey Stein. And my major expense would be time and a few thumb drives. 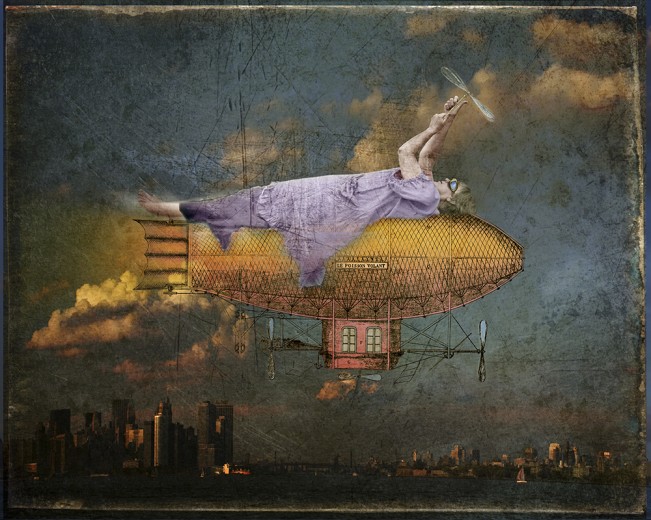 I jumped at the opportunity and proceeded to obsess over the proposal they requested. I submitted the proposal in January 2013, and then waited and waited and waited. One day in June the Editor called and said simply “the contract is in the mail.” I was given five months to complete the manuscript!

The most daunting part of the project was at the outset when I laid out about 130 small prints on the floor, trying to envision some sort of structure, organization, and sequence. I was so rattled that after a few hours of near paralysis I picked up all the prints and threw them in a box. Over the next week, painstakingly, I began to shuffle the prints around and envision certain themes; only then did the organization begin to make sense: Time Travel, Inventors of Absence, Defying Gravity, Imaginary Circus, and Escape Artists. These became the titles of the chapters within the over-arching theme of Escape. 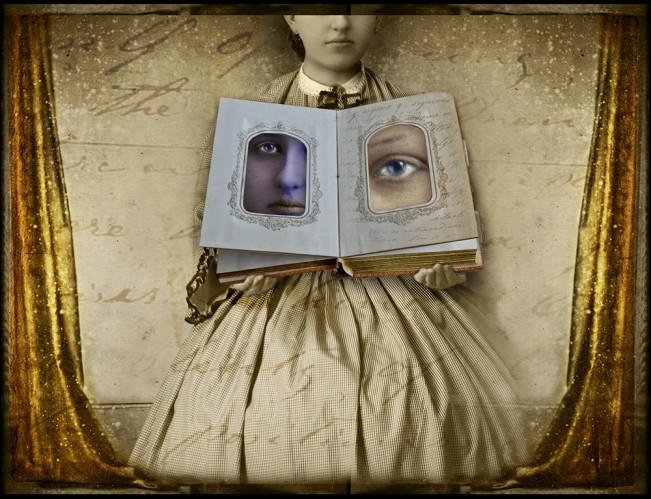 Because I decided to design the book myself, at least sufficiently so that the publisher could follow my design and specifications, I had to get up to speed with current book design software. And since I was concerned about color fidelity, I invested in a self-calibrating monitor and sent many test prints to the publisher to test and match. The book has almost 100 images and incorporates many from the past decade, and some were newly created for the book. Every image had to be tinkered with to accommodate the required resolution, page layout, and of course the conversion to cmyk. The book is hard-cover with a jacket and 192 pages. I went through scores of iterations of the design, creating pdfs for on-line viewing and printing. One of the most delightful tasks was creating new designs for the endpapers (I put up my designs on Facebook to get my ‘friends’ feedback!).

I had previously worked with Michelle Blake, a wonderful poet and delightful human being when we collaborated on her book cover and a short prose poem. Michelle’s poetry is visual and I find her work accessible and emotive. While its layout and design are slightly different than the first four chapters, I wanted to incorporate our prose poem into my book; the poem has been referred to as more of a contemporary graphic novel. I also asked Michelle to write a poem for the beginning of each chapter as a sort of guide to the images, and happily she agreed. 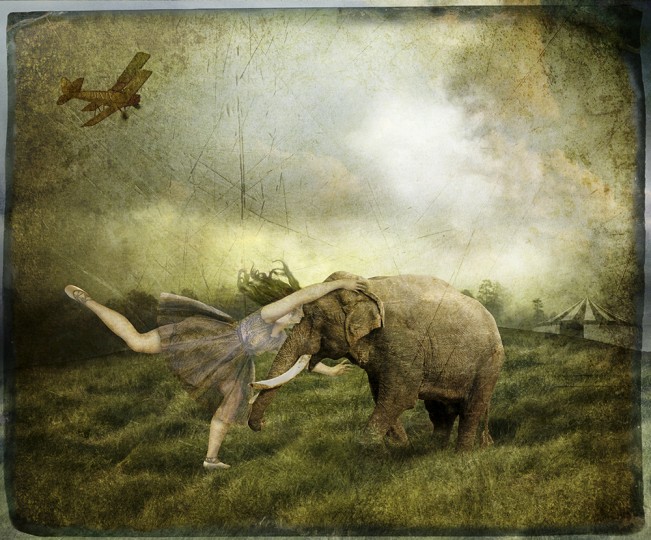 Within each chapter I determined the flow of images, the relation of one to the next, and the relative size and placement on the page. Then Michelle began to apply her magic with her poetic interpretation of the images, which necessitated much discussion and collaboration on the sequencing of each image, enhancing the narrative.

I invited several colleagues in other arts to share their thoughts and I’m delighted that the essays in the book are by Michelle as well as the founder and director of the American Visionary Art Museum (Rebecca Alban Hoffberger), a filmmaker and colleague at the Women’s Studies Research Center (Laurie Kahn), by photographer and curator at the Smithsonian National Air and Space Museum (Carolyn Russo), and by the editor of Photo Review (Stephen Perloff). 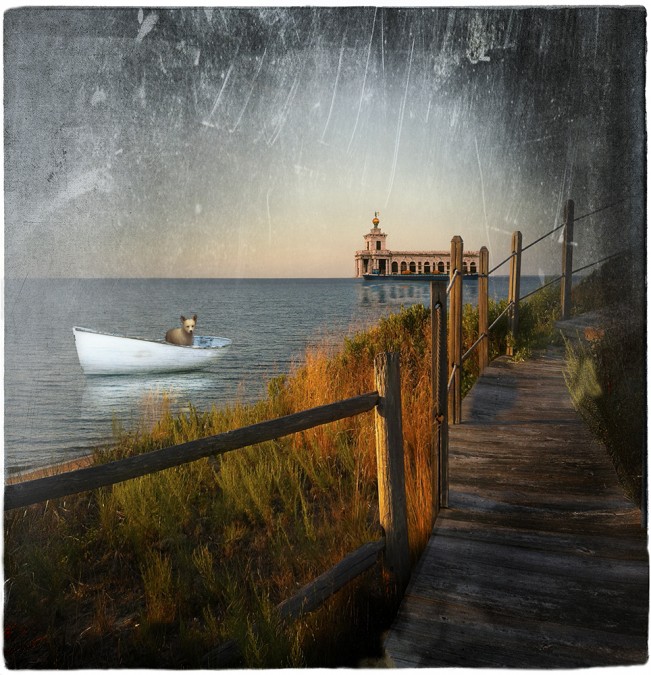 Many friends and colleagues reviewed various iterations of the book in progress and gave wise counsel or merely endured my obsessions. I’m indebted to them and a mere thank you in the acknowledgements page of the book feels paltry indeed. 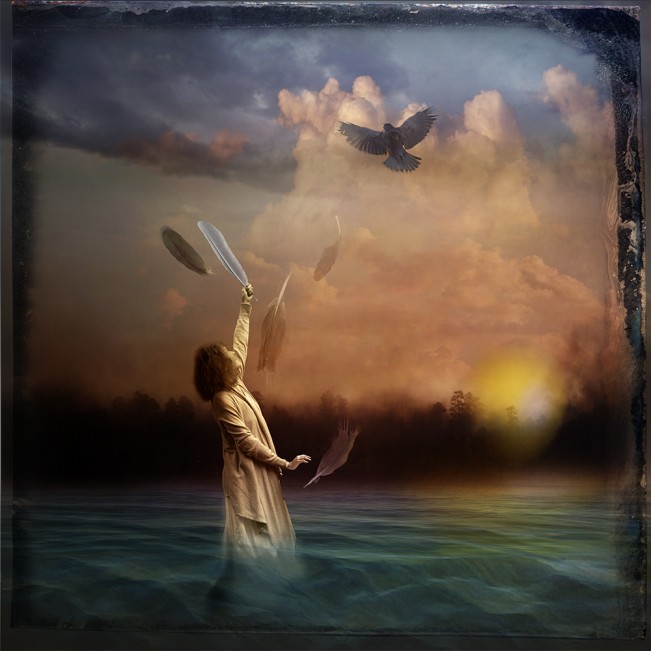 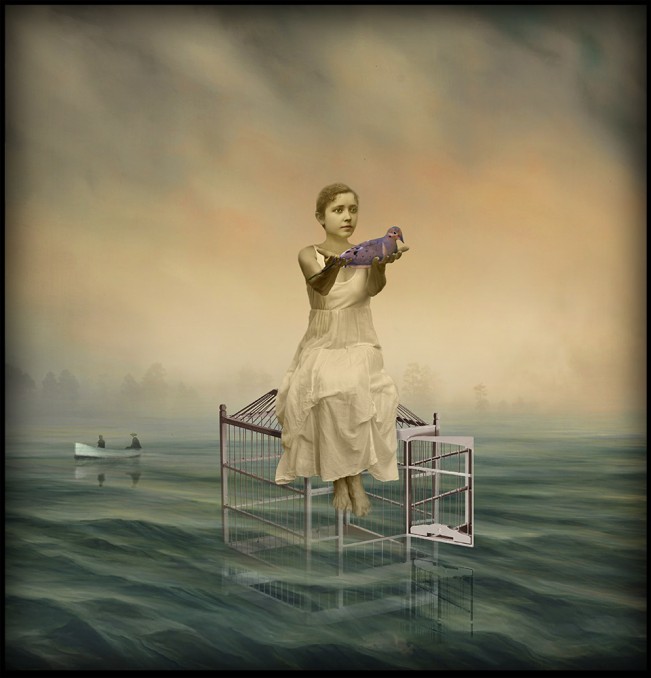 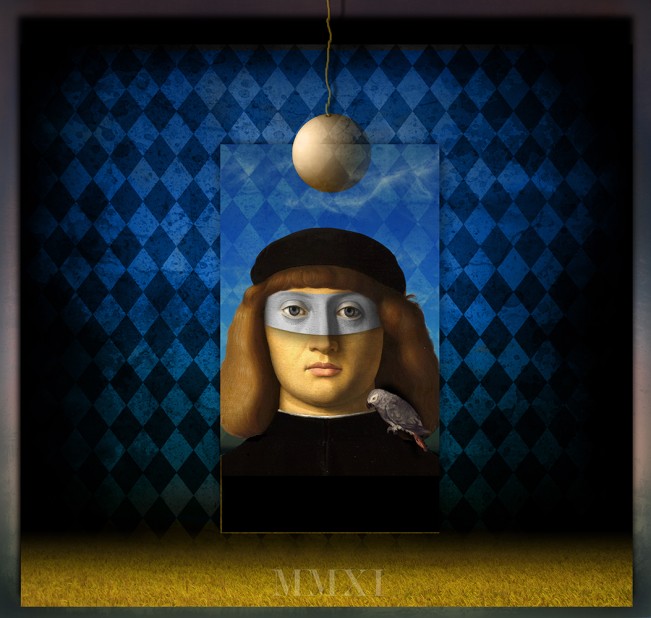 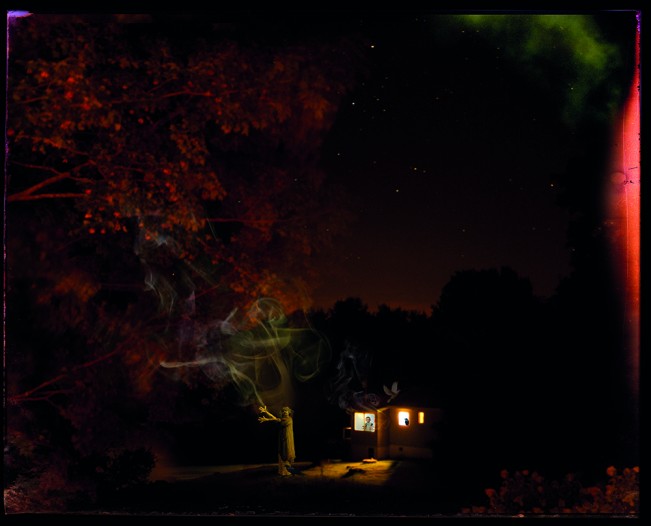 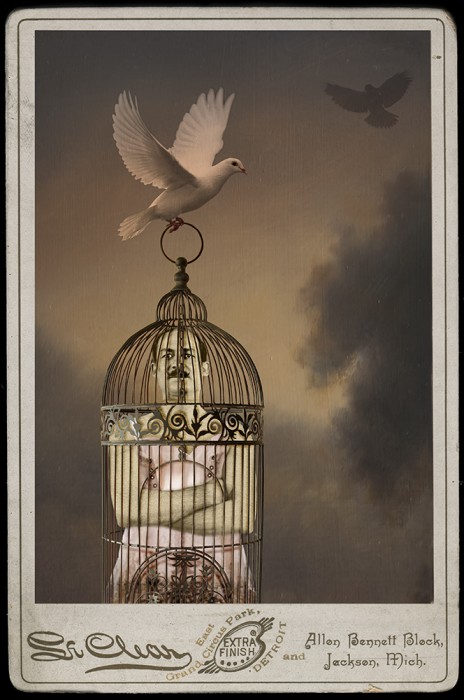 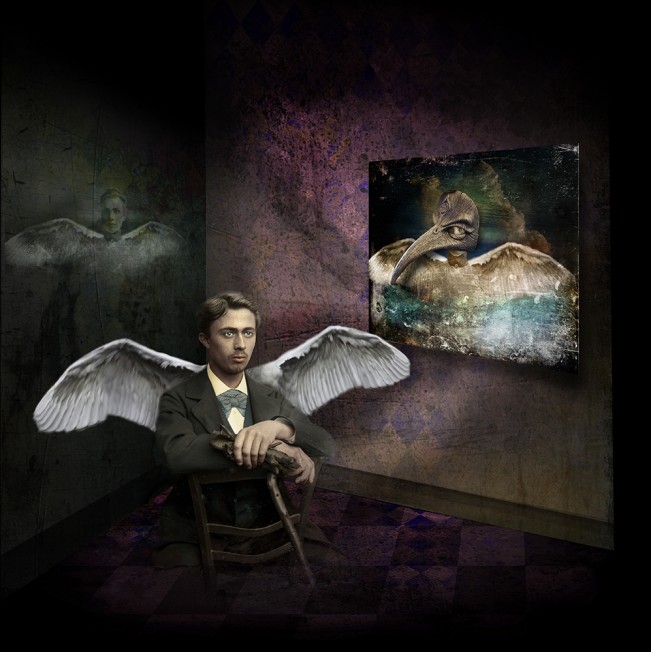 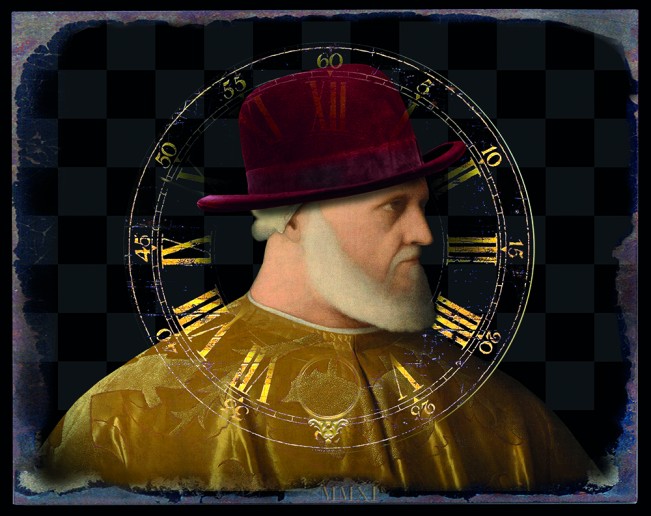 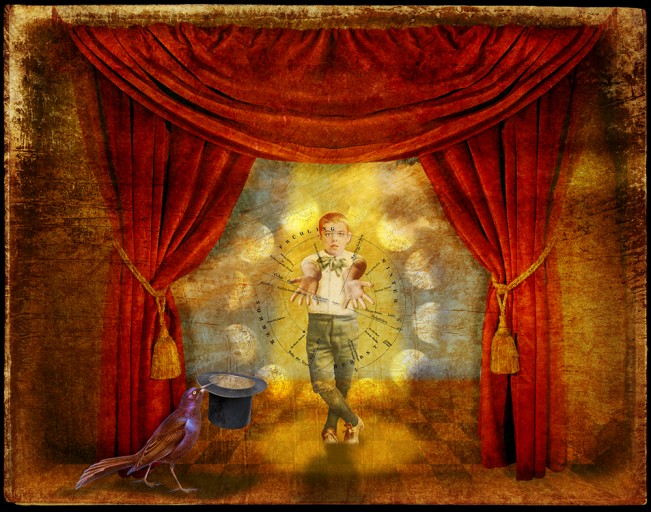 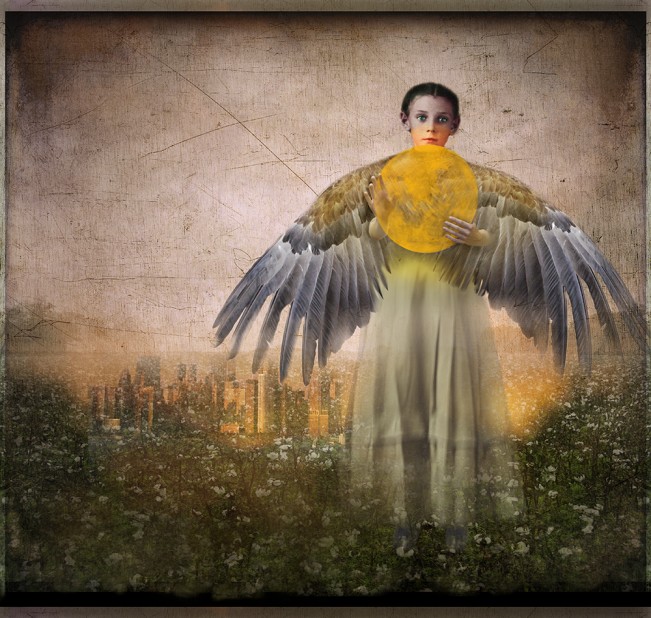 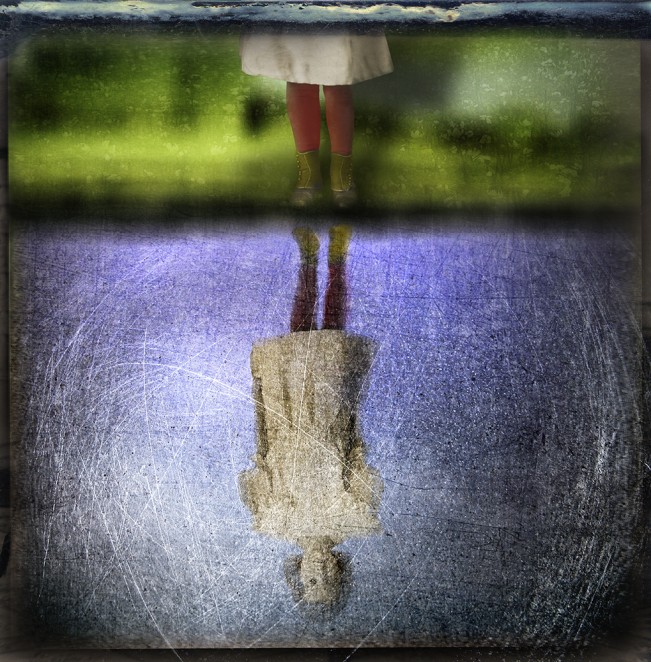 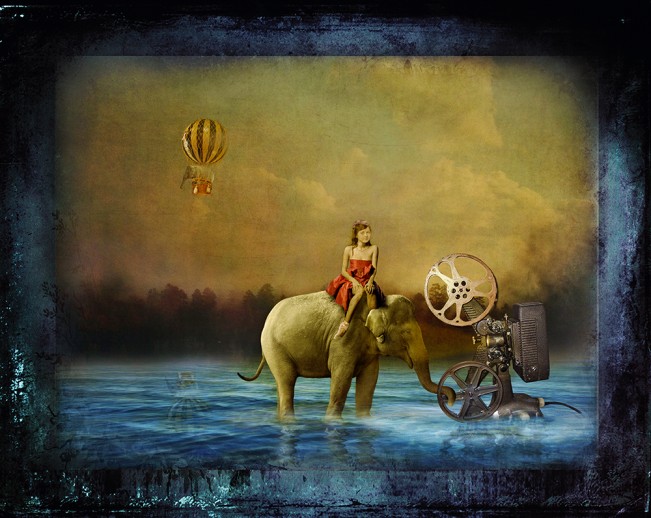 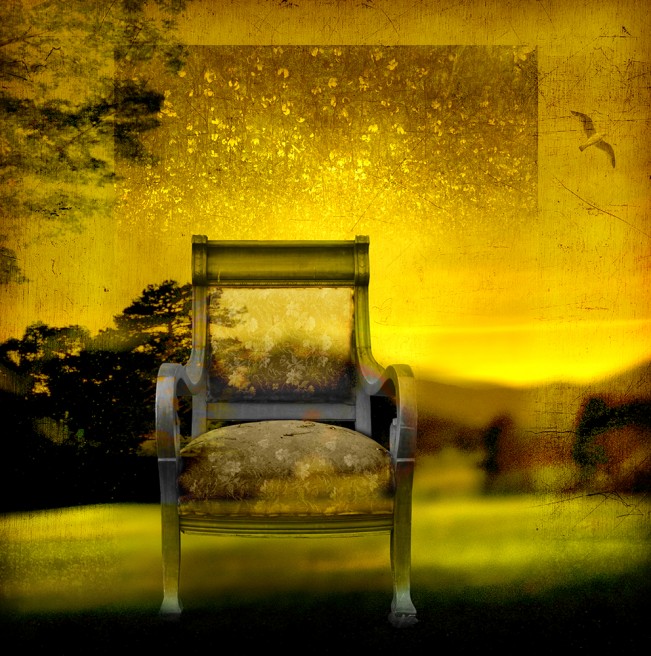 Fran’s photo montage constructions have been exhibited widely, both locally and internationally, and are in the permanent collections of the Smithsonian National Air and Space Museum (Washington, DC) and the Museum of Fine Arts, Houston. She is a Resident Scholar at the Women’s Studies Research Center at Brandeis, a recipient of several grants, and teaches digital collage at various colleges in Boston.

Escape Artist: The Art of Fran Forman was published by Schiffer Publishing LTD and was selected as one of the Best PhotoBooks of 2014 by Elizabeth Avedon. Fran was recenlty featured in Contemporary Cape Cod Artists: People and Places, 2014, Photoshop Masking and Compositing, 2012, and Internationales Magazin fur Sinnliche Fotografie (Fine Art Photo), 2014.

She has been awarded several art residencies and significant top prizes: the 2013 Julia Margaret Cameron International First Prize in Fine Art Photography, the 2012 Px3 Prix de la Photographie (Gold, Silver, and First Prize in three different categories), where her work was on exhibit in Paris. In 2011, she was one of thirty Americans invited to attend and exhibit at the 2nd Biennial International Photographic Cultural Festival in Lishui and other venues in China. Also in 2011, she won Second Prize (among over 8000 entries) from the Worldwide Photography Gala in the Portraits category. In 2010 and 2008, she won first place, second place, and an honorable mention at the International Photography Awards, and an Honorable Mention at the Julia Margaret Cameron awards. In 2010, 2008 and in 2007, she was a winner in PX3 Prix de la Photographie Paris, their People’s Choice award, and Adobe Photoworkshop.com. Her work appears in many journals, on-line blogs, several art books, and adorns the covers of many books.

Fran studied art and sociology at Brandeis University, received an MSW in psychiatric social work, and then an MFA from Boston University.

She has held a succession of positions in the field of graphic design, book cover art and web design. Between professional life and raising two daughters, Fran continued to create her personal art, combining her illustrative and photographic skills with a passion for surrealism, paradox, illusion, assemblage, the non-human world, and the dislocations of time and place. 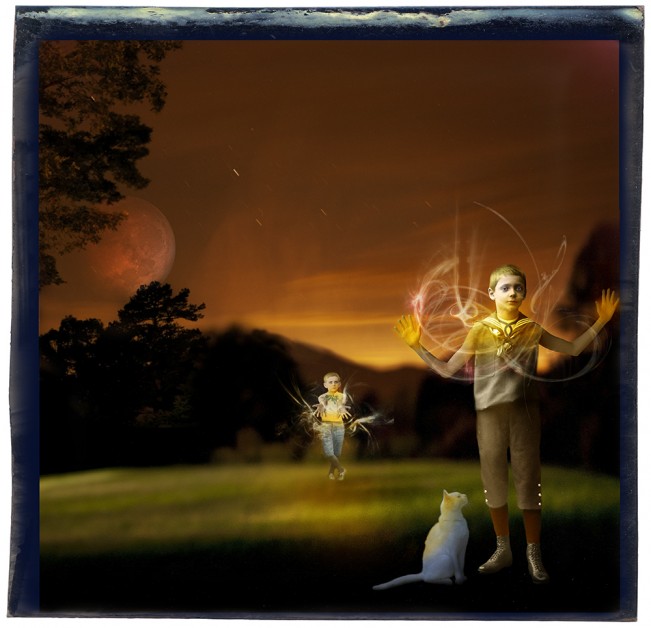 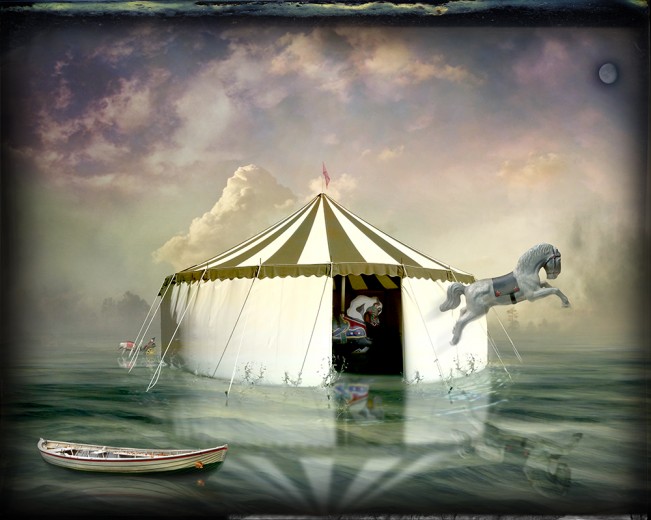