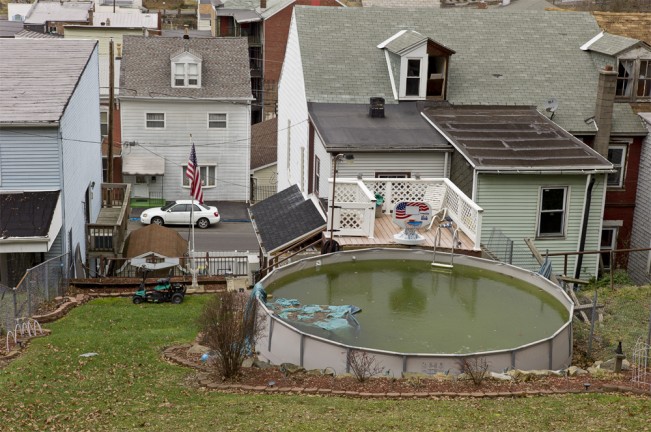 Congratulations to Justin Kimball for his Project Development win awarded by CENTER for his project, Brick and Mortar. Justin states: “While these pictures made in New York, Massachusetts, Pennsylvania and Ohio are about a specific region, they are also meant to point to a growing, invisible, yet ubiquitous, part of the American landscape; the body of work is meant to pose questions about what happens when things get hard; these are questions about struggle, hope and what it is to be human.”

Sarah Greenough, Senior Curator & Head of the Department of Photographs, National Gallery of Art Washington, D.C. was the juror for this award. Here is here statement:

“I immensely enjoyed being a juror for the 2015 Project Development Grant as it showed me, once again, the exceptional strength and vitality of the work being done by photographers around the world. The diversity of subjects explored was remarkable and refreshing—from traditional photojournalism documenting significant social and political issues or reflections on the fragile state of the environment and our interaction with the land, to issues of identity, gender, race, and class, as well as investigations of memory and history. The range of techniques was also equally impressive—from analogue to digital, Photoshop fabrication and iPhone and Instagram pictures, and also nineteenth-century techniques, as well as a few newly invented ones.

However, the process of being a juror was not an easy one, as the number of entries was large and sifting through them was complex. (One person in her project description wrote that she hoped I had a pot of coffee and a plate of cookies—good advice!) I found that the strongest submissions included not only the most compelling and effective photographs but also clearly articulated statements of intent. In addition, the pictures were always carefully chosen and reinforced one another, with each one expanding the theme in an insightful and meaningful manner.

My choices are, of course, subjective, and someone else would certainly have made a different selection. I chose the work that spoke to me the strongest; that was both visually sophisticated and conceptually strong; with pictures that burned themselves into my memory.

I selected Justin Kimball’s entry Brick and Mortar as the grant recipient because each picture is visually dynamic, filled with meaningful details that drew me further and further into the image.  Quiet, insightful, subtly compassionate yet not sentimental, the pictures together speak on a deep level, as he said in his statement, about “what happens when things get hard.” 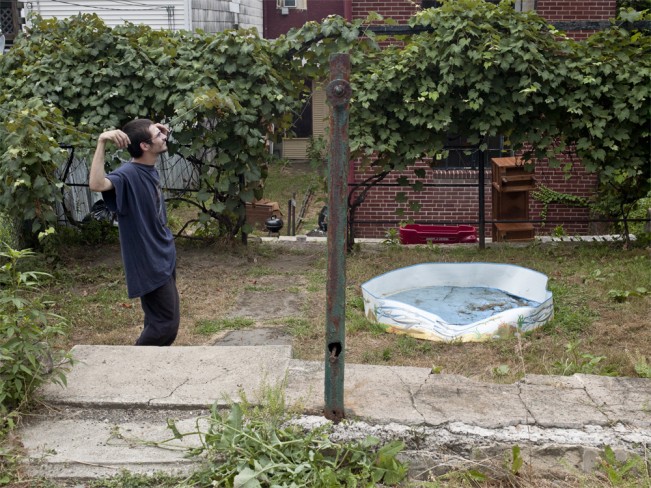 For the last three years, I have been photographing in small, all but defunct towns in New York, Massachusetts, Pennsylvania and Ohio. Most of them were company towns that relied on natural resources to survive: coal, steel, paper and farming. These businesses are long gone now, the local economy dried up and blown away, the final deathblow dealt by the recent economic downturn. The pictures I have been making in these towns are of the people who live there now, their homes, backyards, the streets and the buildings that once supplied the town its livelihood and economy. While the pictures are about a specific region, they are also meant to point to a growing invisible, yet ubiquitous, part of the American landscape. The body of work is meant to pose questions about what happens when things get hard; these are questions about struggle, hope and what it is to be human. The pictures are about “The triumph of hope over experience,” as Samuel Johnson said, albeit in a different context; they consider Cornell West’s proposition that we are all “prisoners of hope,” freed but paralyzed by the prospect of what might be. 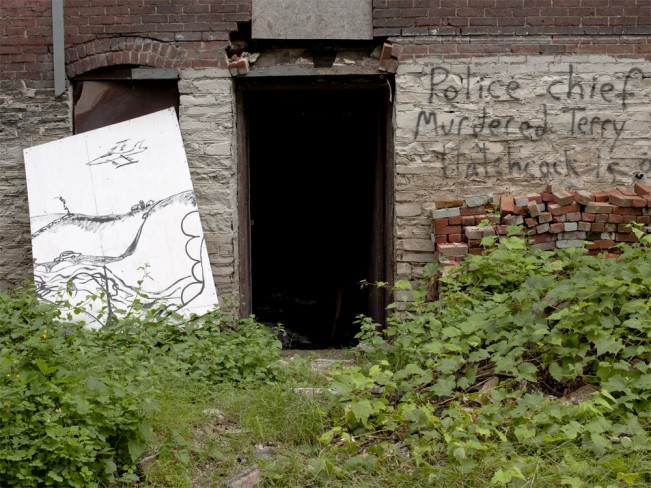 The photographs are meant to be poetic, even lyrical representations of our time. While there is certainly a social and political subtext in my photographs, it is the psychological, emotional and physical implications that these moments describe that are my central concern. The photographer Larry Sultan often talked about photographs being “a constructed myth,” and I agree. Each of my photographs is a myth, one that I passionately believe; they are my truth, carefully built from the information in front of me. If I have done my job, one should be able to see how we live in the world now. 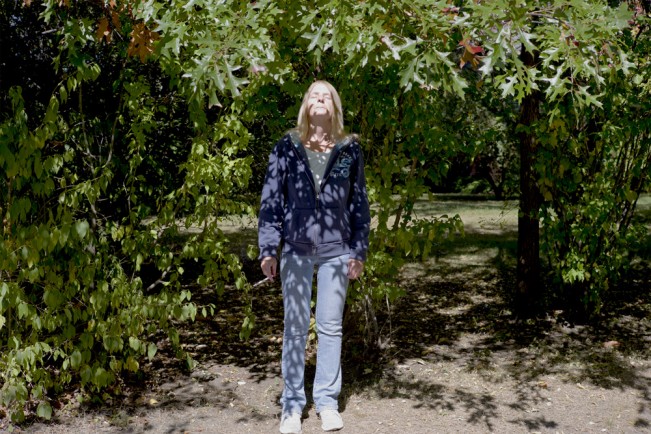 I am at a critical point in the development of this body of work, and I simply need the time and materials this grant would afford. I would use the funds to finish photographing for this project and to begin the printing and editing work for an upcoming book I anticipate being published by Radius Books. This would be my second book with Radius and my third monograph since 2006. 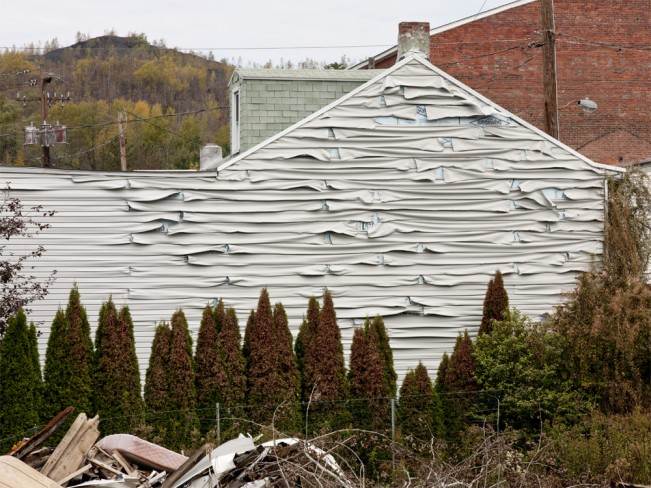 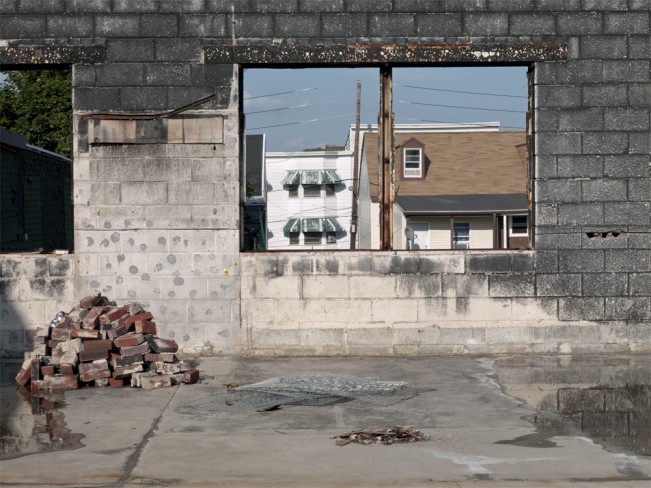 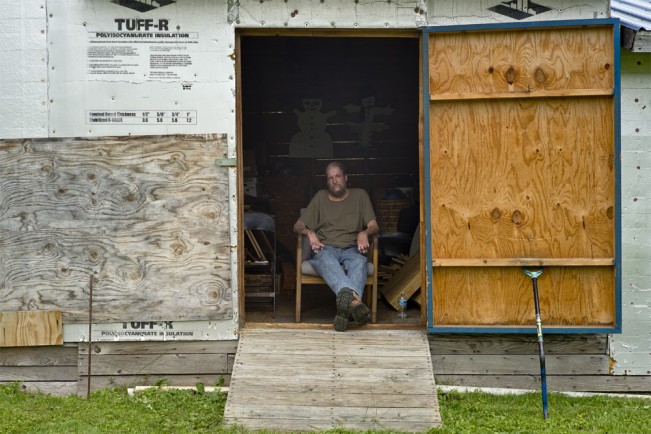 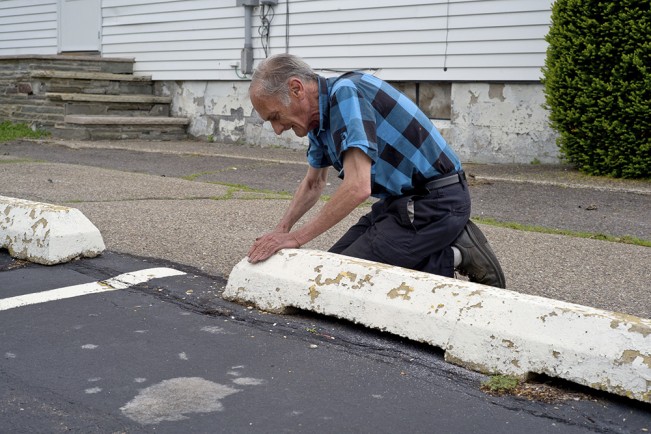 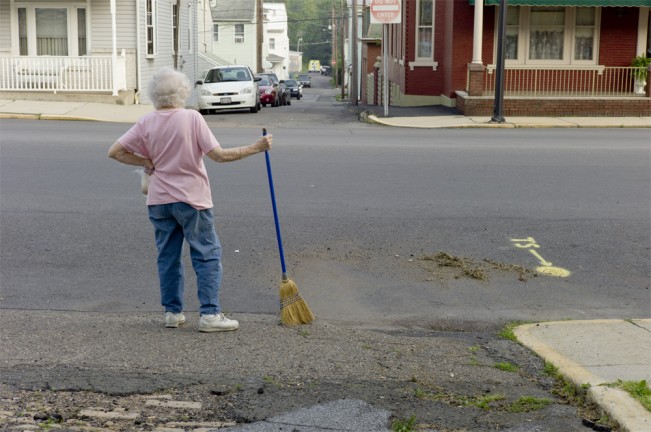 NEXT | Samantha Geballe: Self Untitled >
< The 2015 Hair Exhibition | PREV