Notes from a Curator: Midwest as America by Lisa VolpeAugust 6, 2016 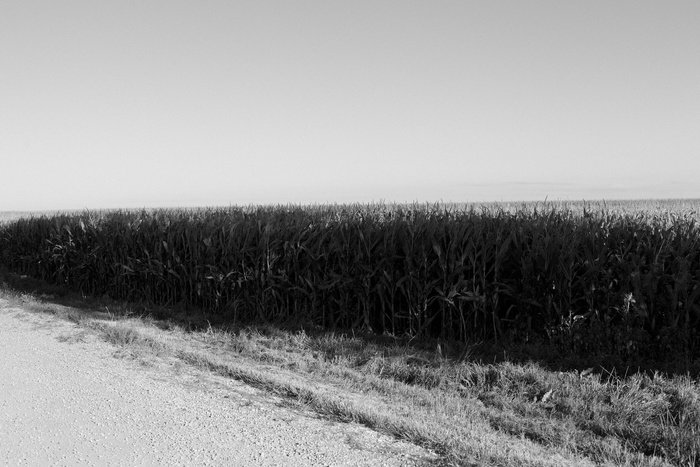 Through the bleached haze of Ahram Park’s photographs, the Kansas landscape appears like a vision of a past age. Swirling clouds of dust veil the boundaries of tightly-packed agricultural fields where rigid, geometric crops rise against the unswerving horizon. Park’s series, aptly titled “Friendly Stranger,” plays upon the ideological images of the Midwest, a landscape that is simultaneously strange and familiar. 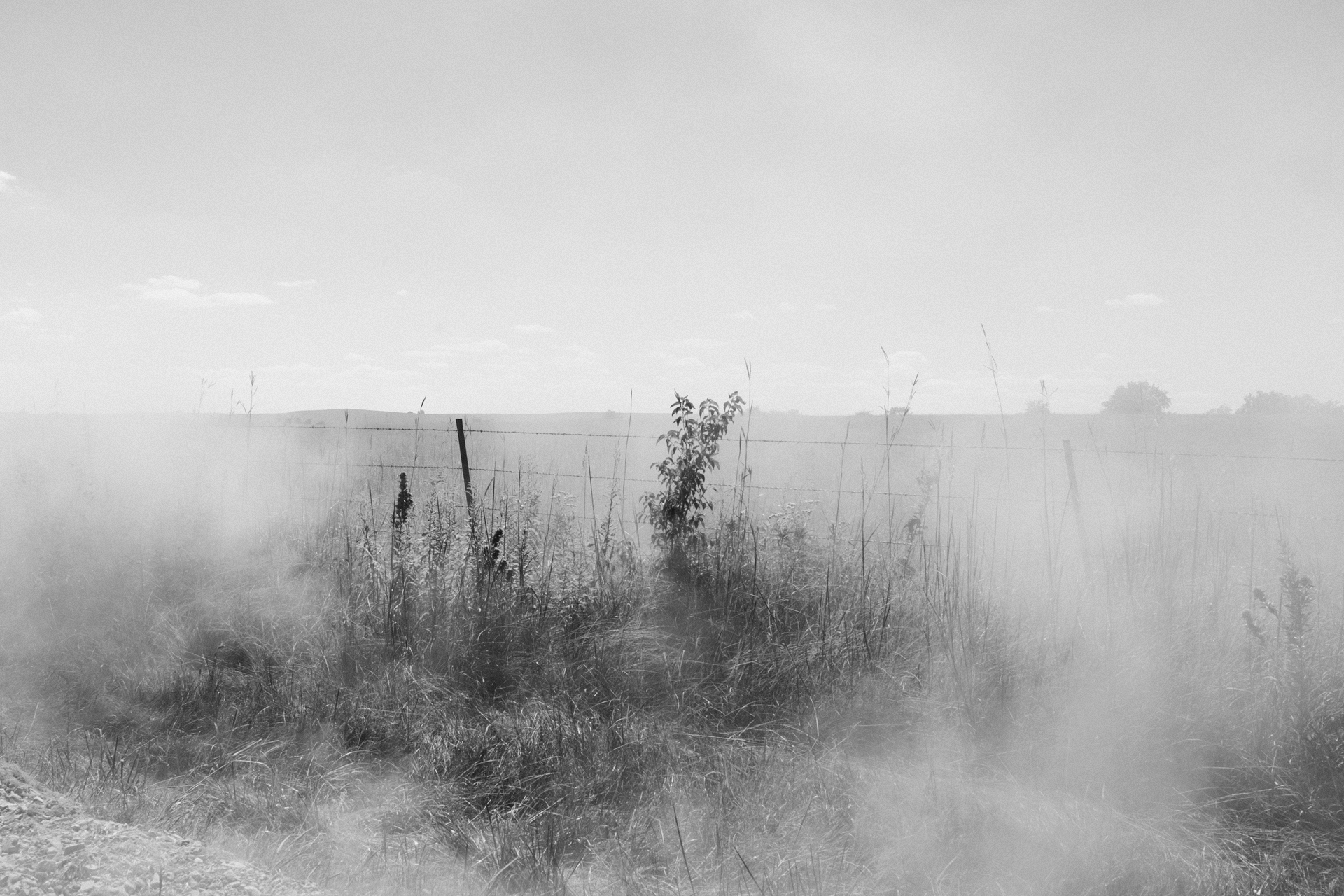 Park moved to Kansas in 1995 from South Korea and eventually studied economics at Kansas State before turning to photography. His background and education provided the perfect foundation for his artistic approach.

The economic history of Kansas is one written upon the land and captured in some of America’s most iconic images. The Dust Bowl—cemented in our collective conscious by the FSA photographs—was a man-made event brought about by the mechanization of farming and driven to its terrible conclusion by economic capital. Driving dust from the ground with a leaf blower, Park reenacts this land-based history. Though his images contain the same linguistic signs as the FSA photographs, meanings have shifted. Park’s indexical action complicates the iconicity of the landscape, measuring the distance between an ideal and reality. As the artist notes, “It’s a slower, burning image, one that’s no longer idealized.” 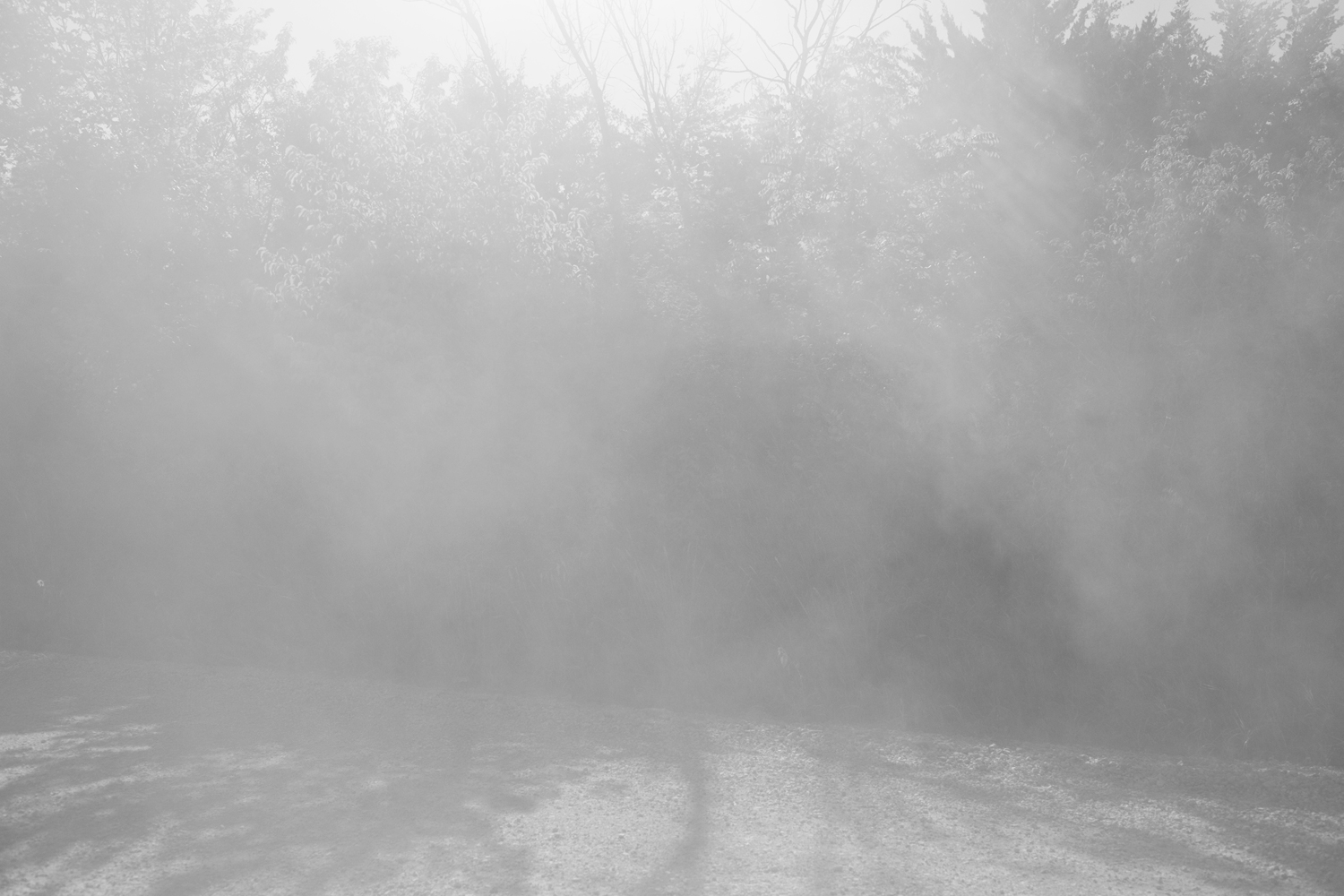 The perceived “Americanness” of the Midwest makes it fertile ground for all manner of cultural projects, many of which were undertaken with a camera. The endless fields, hearty people, and rough-hewn buildings of 19th-century photos first typified the newly-settled Midwest in the minds of the country’s citizens. By the 20th century, the region earned the nickname “the heartland,” suggesting its ideological importance to the nation. The Farm Security Administration (FSA) (born as the Resettlement Administration in 1935) dispatched a team of photographers to the Midwest with the intention of revealing the hardships of “everyday Americans” and to persuade politicians and the public of the need for New Deal initiatives. 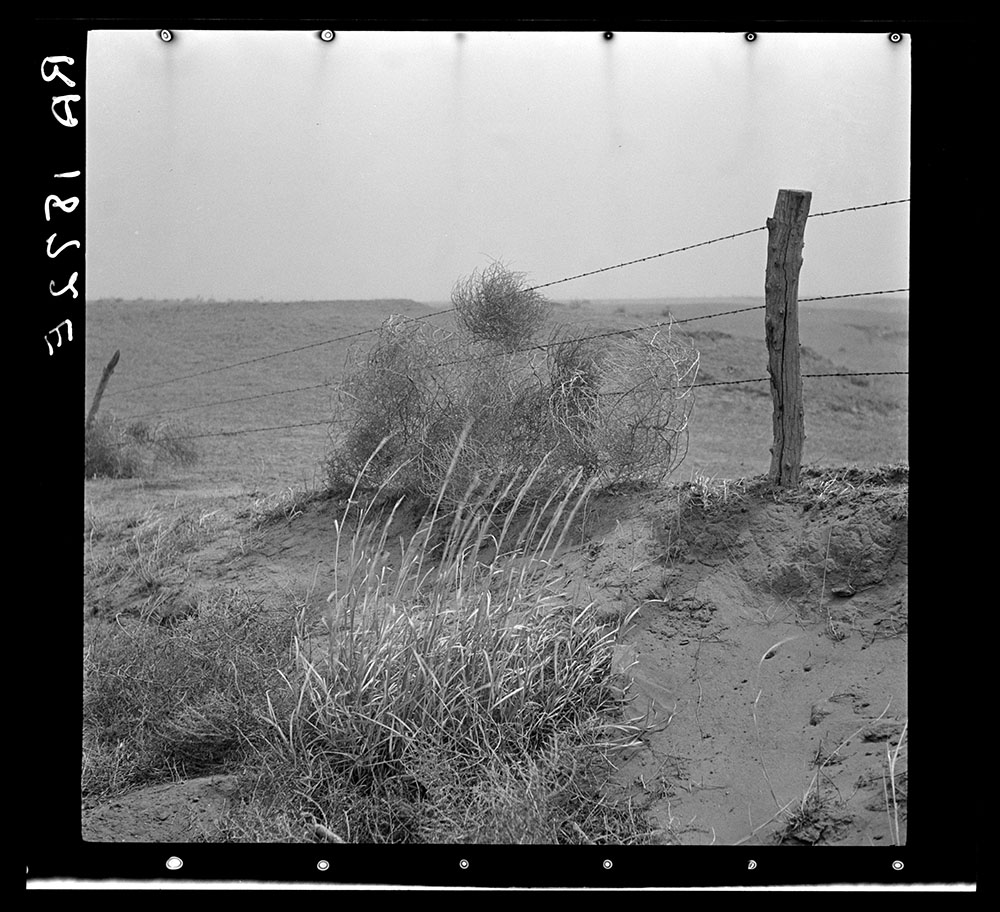 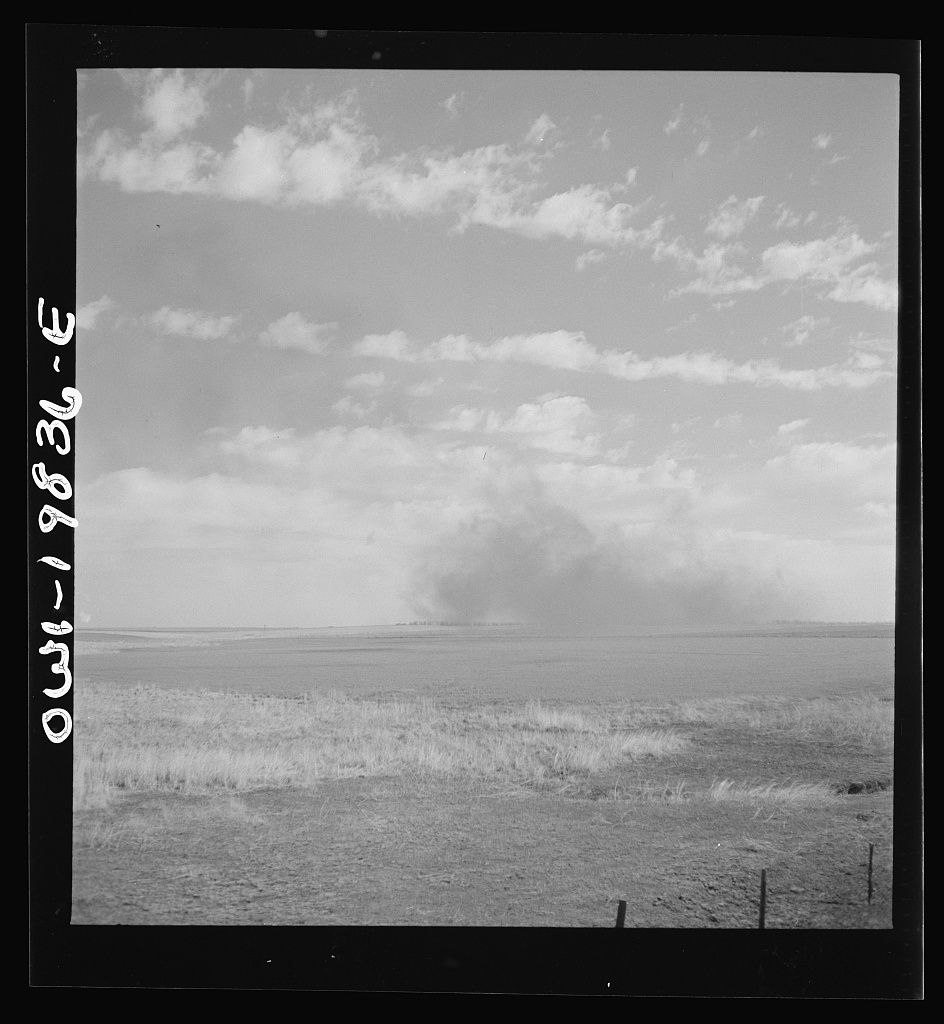 About 40 years later, in 1975, with the bicentennial on the horizon and “Americanness” once again a topic of ideological interest, the NEA awarded funding to James Enyeart for a documentary project of Kansas. Along with two other Kansas photographers—Terry Evans and Larry Schwarm—the project aimed to capture an insider’s view of America’s heartland. The beautifully titled “No Mountains in the Way,” first appeared in 1975 at the University of Kansas. On the 40th anniversary of that project, the Wichita Art Museum, in partnership with Smithsonian American Art Museum, remounted “No Mountains.” The exhibition ran in Wichita from September 12 to January 3, 2016, and is at the Smithsonian American Art Museum until July 31st. 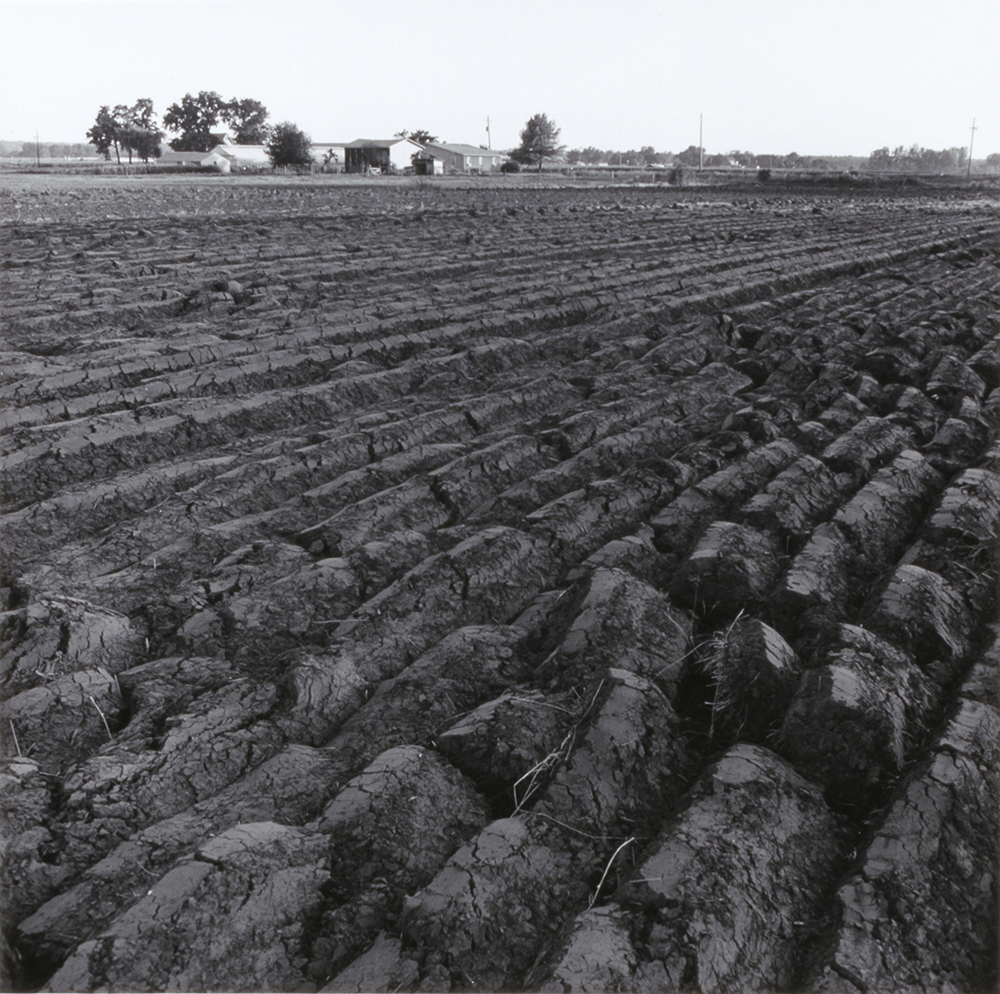 Why have documentary projects found such a ready home in the Midwest? Do the changes in documentary photography—from 1935, to 1975, to 2013—clearly reflect changing ideals about America? Are these changes especially evident in images of the Midwest?

When aligned with images from the FSA and “No Mountains,” Park’s photographs begin to answer some of these questions. While the perceived truthfulness of documentary photography seems to be ideologically bound to the “real America” characterization stamped upon the Midwest, Park challenges this conceit. Poised at the boundaries of the landscape and teasing the edges of familiarity, Park’s “Friendly Stranger” suggests deeper truths about the history of the heartland. “History is not rooted in beauty,” he notes, “It is built on disaster.” Through the haze of ideology, the complicated reality of the region starts to emerge. 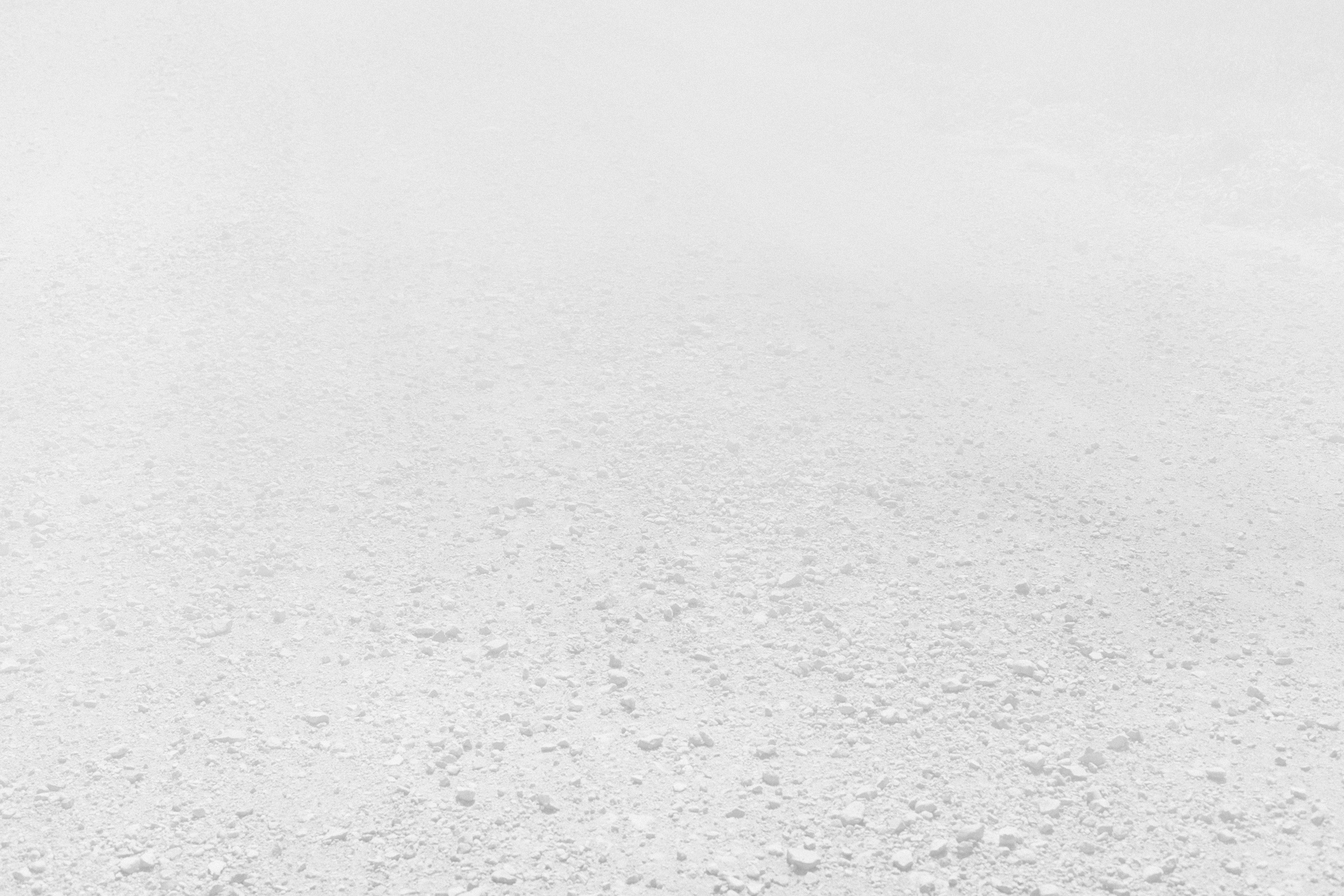 NEXT | Content-Aware: A New Nothing >
< Terri Bright: Sonnets | PREV