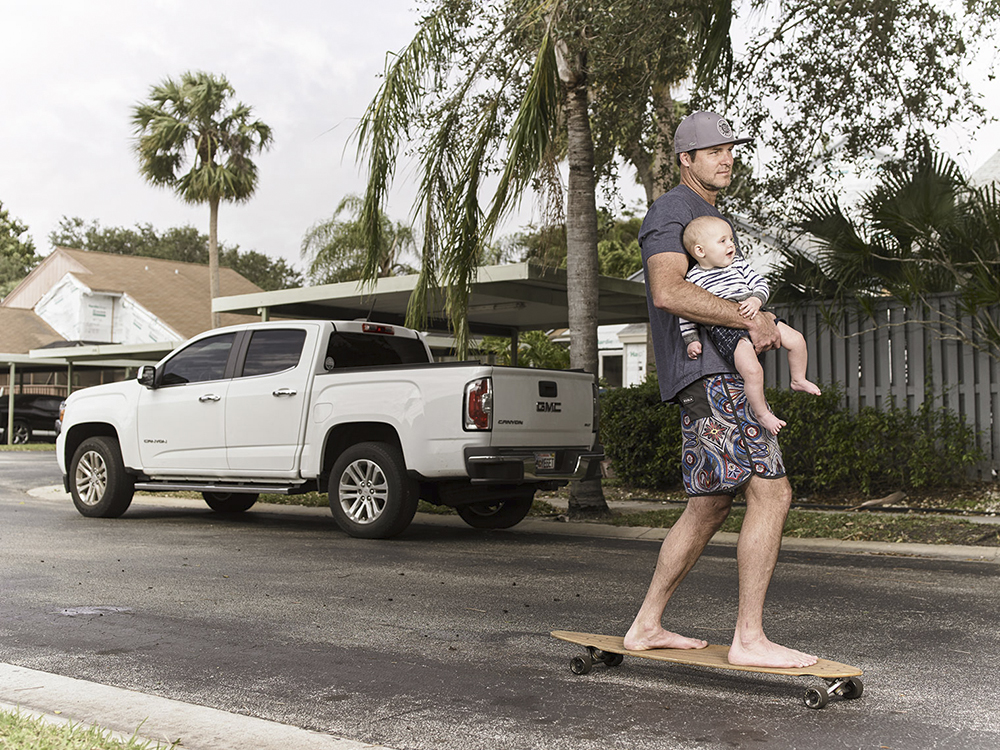 Congratulations to Dirk Anschütz for his Third Place win in the 2018 Producer’s Choice Award for his project Fathers and Sons. The Choice Awards recognize outstanding photographers working in all processes and subject matter. Images can be singular or part of a series.

For me, if there is one word that separated the winning entries from all the others, that word would be ‘consistent’. The work that stood out was consistent in its storytelling and execution; consistent in theme and approach, and consistent between the stated intent and the final result. Finally, the work was of a consistent high quality that could sustain repeated viewing; revealing new layers of content each time.

“Fathers and Sons” is the most traditional of the work I selected, but again, it presents a consistent level of thoughtfulness and quality to a topic we should all be familiar with, family relationships. The very deliberate choices made by the artist, however, help make these images rise above their status as ‘portraits’ and turns them into stories waiting to be told, and ones that I want to hear. 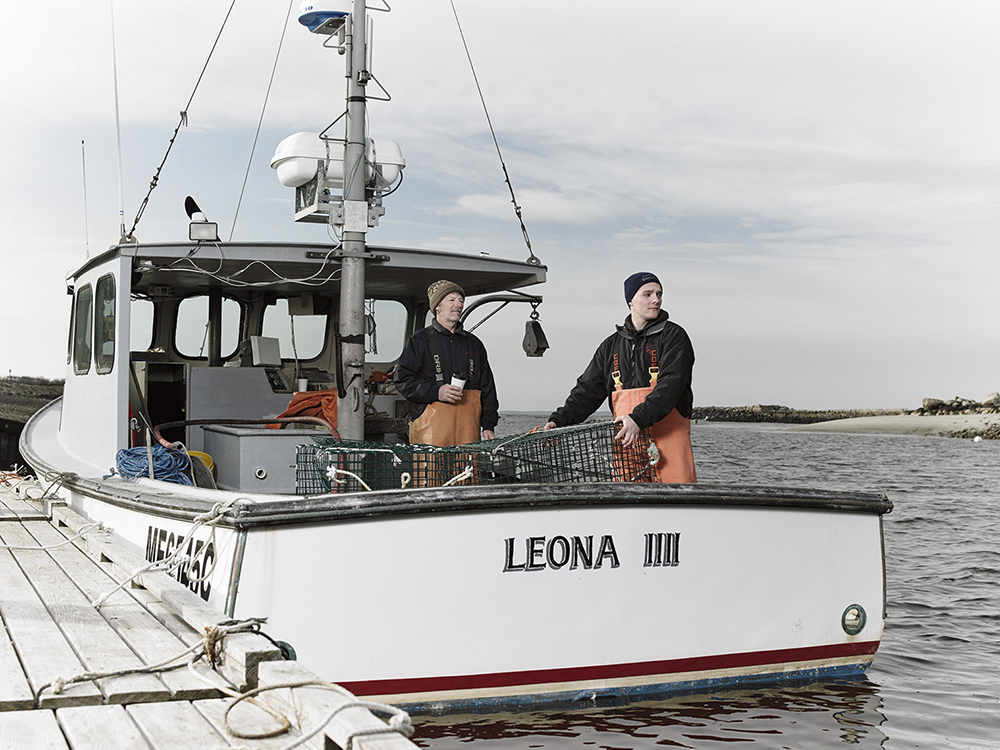 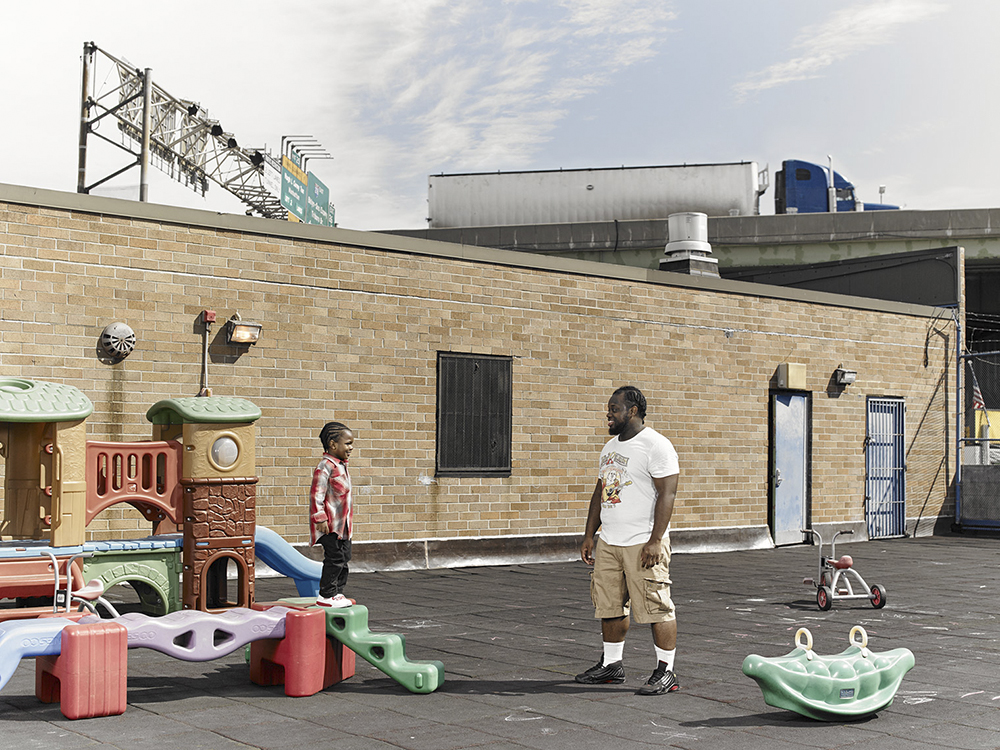 Dirk Anschütz is a New York based photographer. He was born and grew up in Germany. He moved to the US when he was 22.

His work has been published in magazines such as Time, Fortune, Money, ESPN, Stern, and Der Spiegel, and his commercial clients include Mini Cooper, BMW, Adidas, Merck and Bravo. Anschütz worked extensively on portrait projects of bicyclists, fathers and sons, and people with developmental disabilities.

Besides having been in several group shows in the US, Anschütz had solo exhibitions at the Theatre and Arts Center in Bloomington, MN, at the University of Minnesota (2014), at the Phipps Art Center in Hudson, WI (2013), at Photoville Brooklyn (2013), at the DUMBO Arts Festival in Brooklyn (2012), The German House at NYU in New York (2011) and at Intermedia Arts Gallery in Minneapolis (2011).

His work was shown on the Fence at Photoville in Brooklyn (2012), at the Slideluck Potshow during the New York Photo Festival (2010), at the Slideluck Bikeshow (2012), on aCurator.com, and several times on PDN Photo of the Day. He received a Brooklyn Arts Council Grant 2012.

Dirk Anschütz’ awards include the PDN Photography Annual 2012, the American Photography Annual #19, #27, and #31, an International Photography Award 2010 (second place), an ASMP Images Award 2009 (third place), and an AltPick Award 2004 (first place). He plays weekly with his amateur soccer team the Grand Street Wanderers. He lives in Red Hook, Brooklyn with his son and his fiancée. 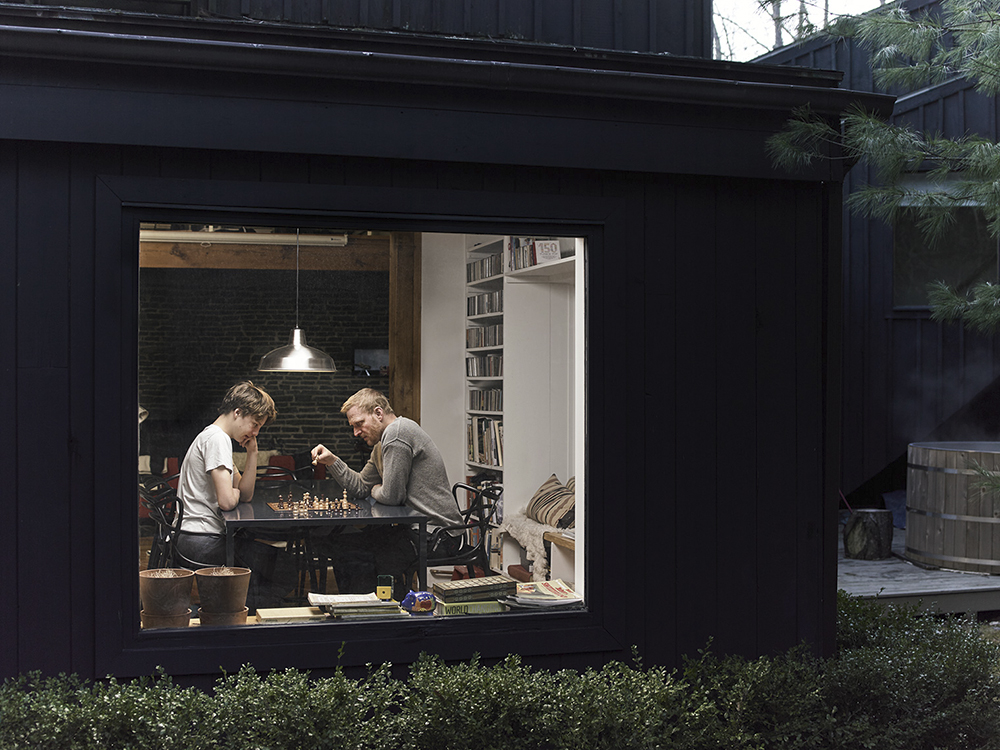 I became the father of a boy in 2012 and the change this constantly evolving relationship has brought to my life is hard to overstate. Since I was the single child of a single mother (I never knew my father), I also have to navigate parenthood without any first hand role models. This gave me an interest in photographically exploring the relationships of other fathers and sons.

Obviously fathers and sons are incredibly important to each other. A father is the first and often main role model for a son. He constantly has to strike a balance between safety and freedom, support and letting his son learn by failing. He also has to reflect on how he leads his own life and how that will influence his son’s choices.

A son often travels a complicated journey from early worship for his father to questioning and rebellion, and on to a more balanced relationship. It’s not uncommon that the adult son returns in a role reversal to help his father and even to take care of him. 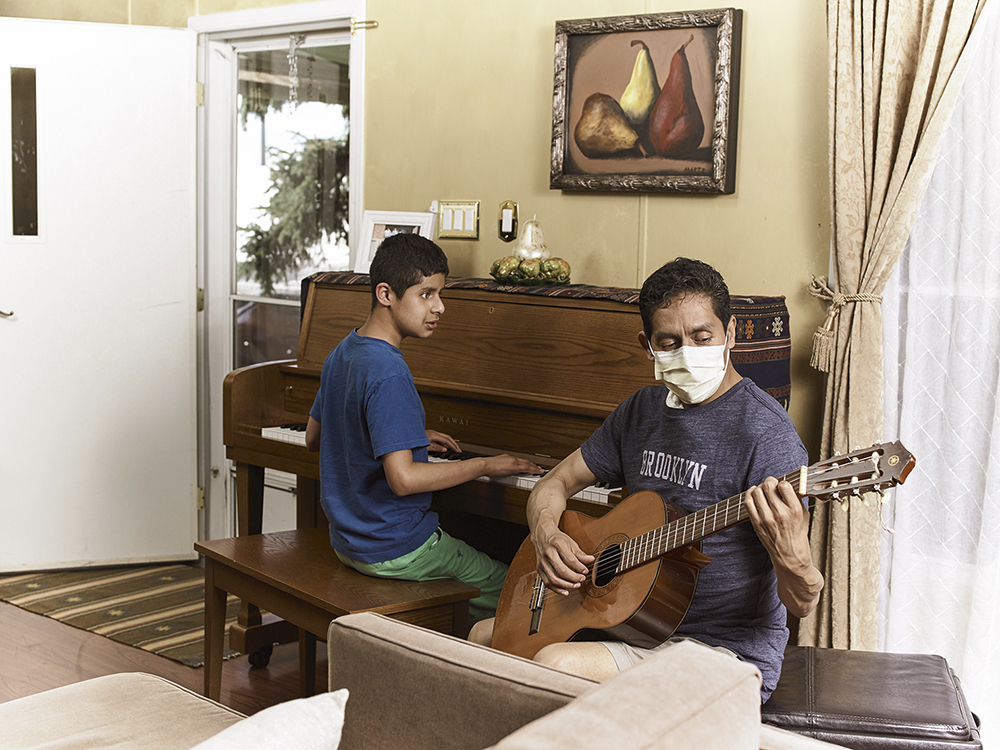 In many parts of our society views of fatherhood and manhood are shifting.

A man’s role in his family and at work is being fundamentally reexamined and expanded. This creates new opportunities but also new responsibilities and anxieties. Often a development towards new tolerance also leads to a pushback on a private and political level. Meanwhile the way we as men are interacting with the rest of humankind is often deeply influenced by the father-son relationship.

In Fathers & Sons I explore some of the stages and variations of fatherhood. The fathers and sons in these images display the camaraderie, tensions, annoyances, competitiveness, pride, and love at the root of their relationships.

I want the images to feel vaguely like memories since memories are an essential bond between family members.

During these shoots I witnessed a great deal of love and heard a lot of dumb jokes. 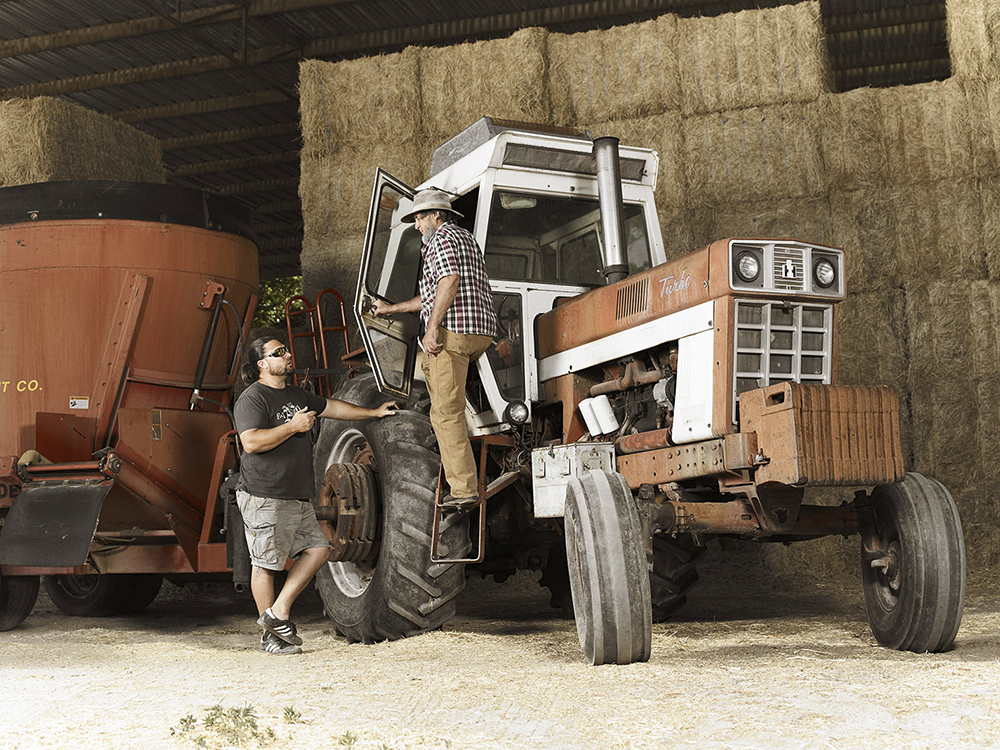 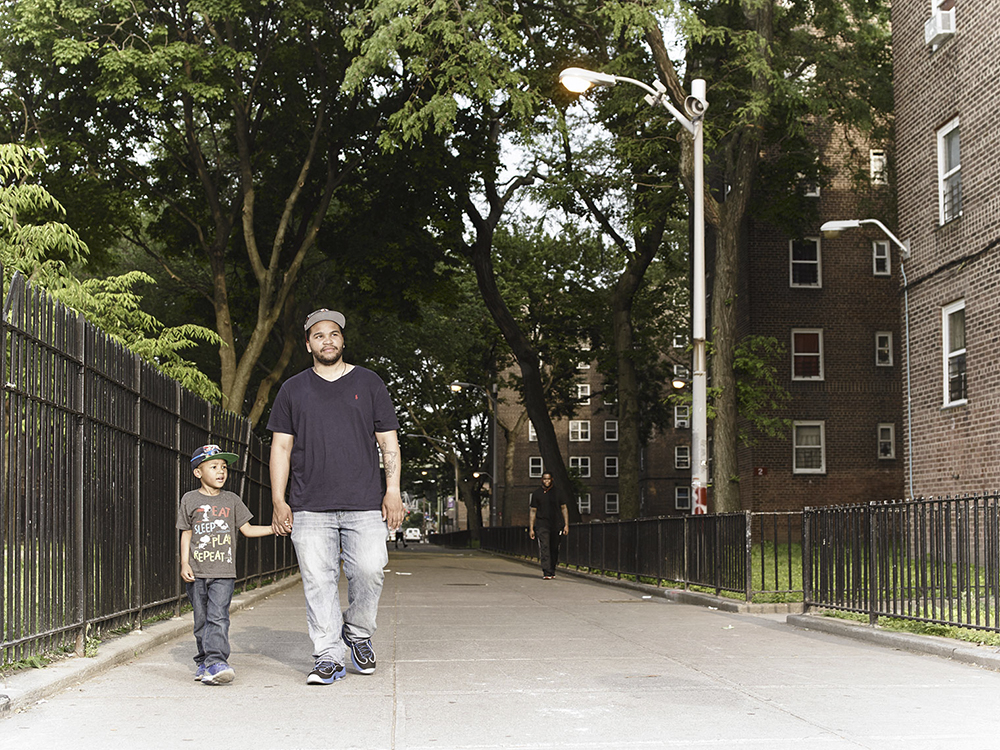 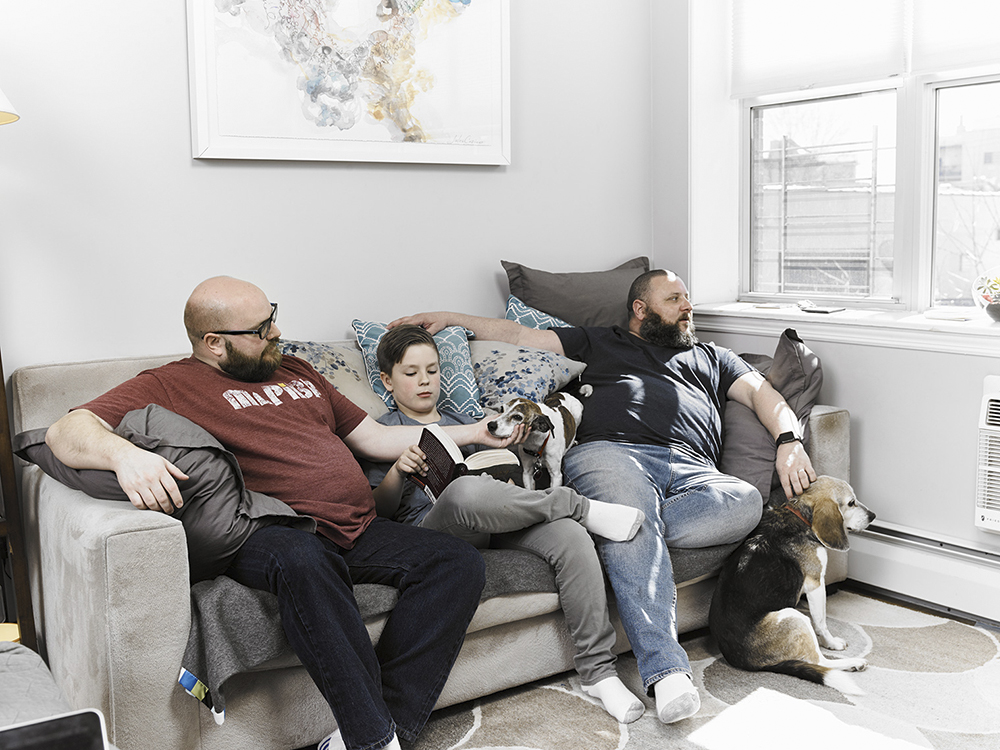 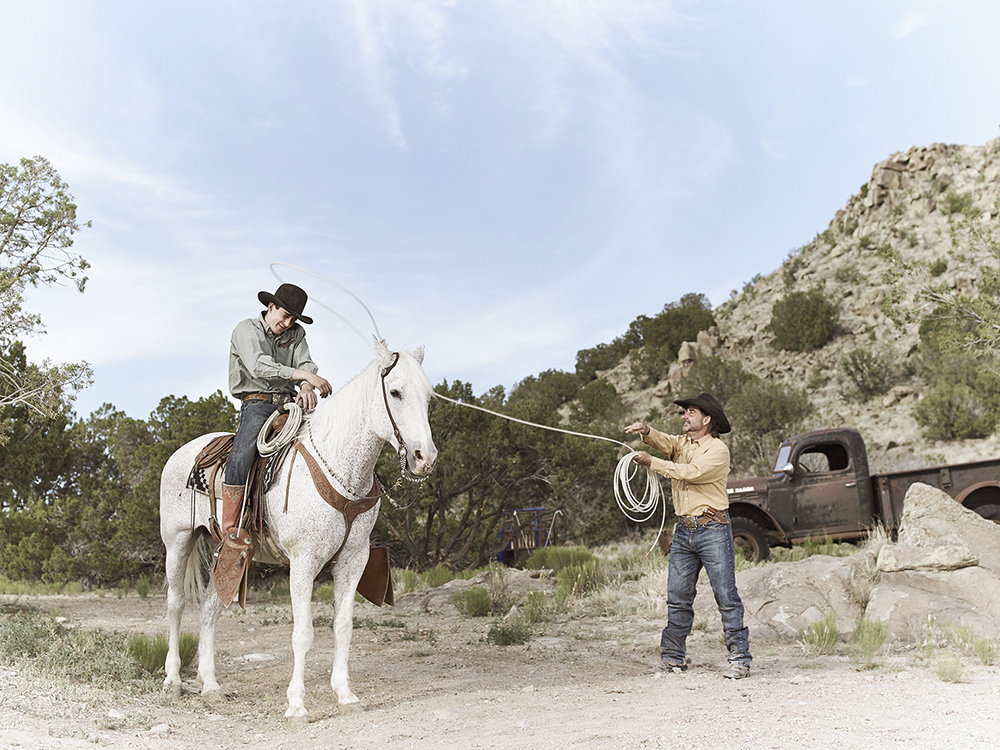 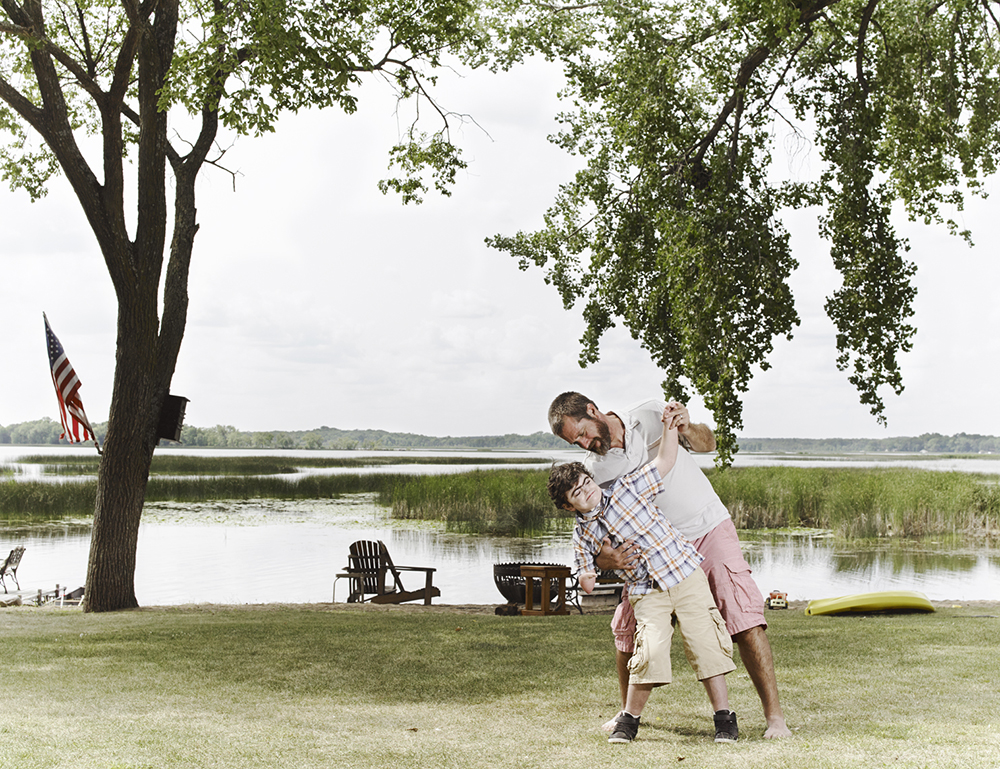 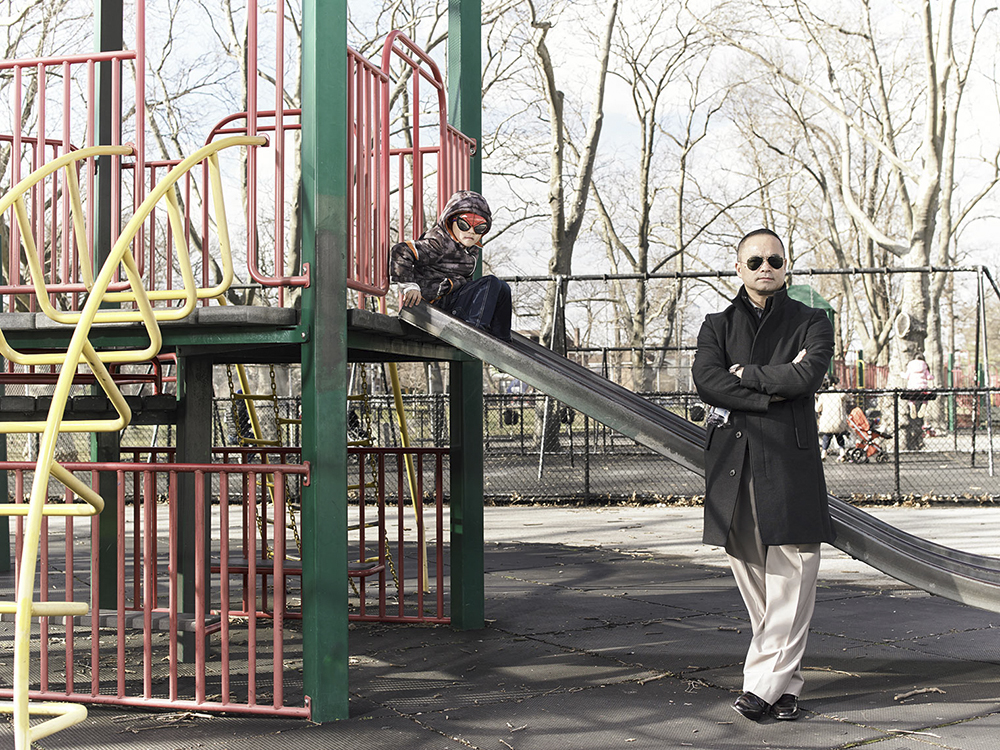 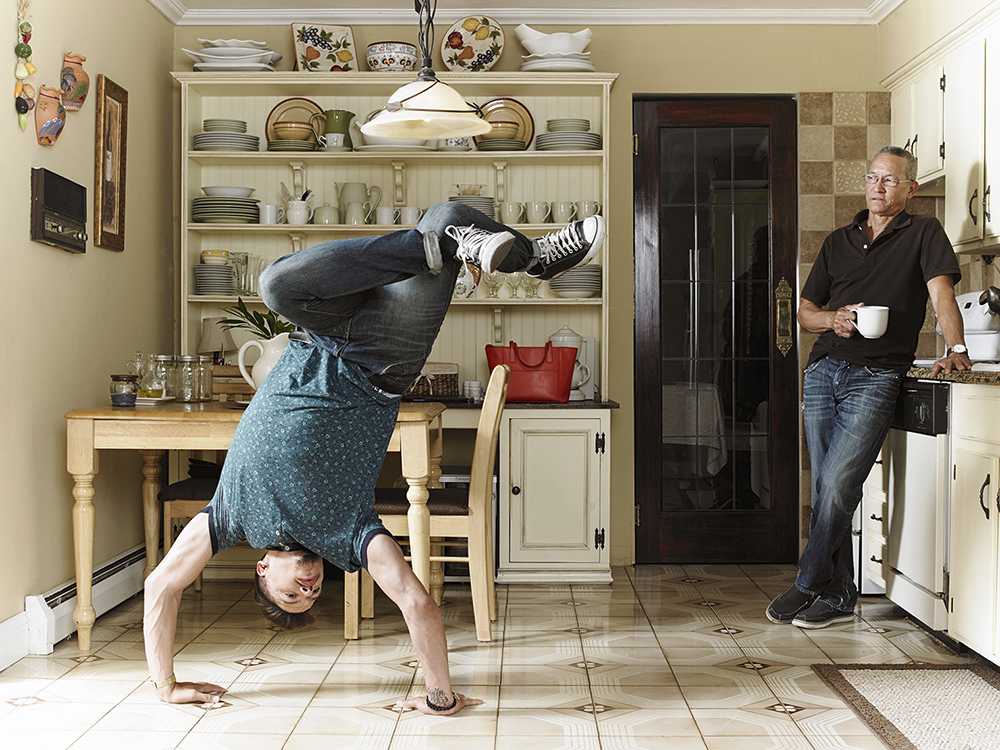 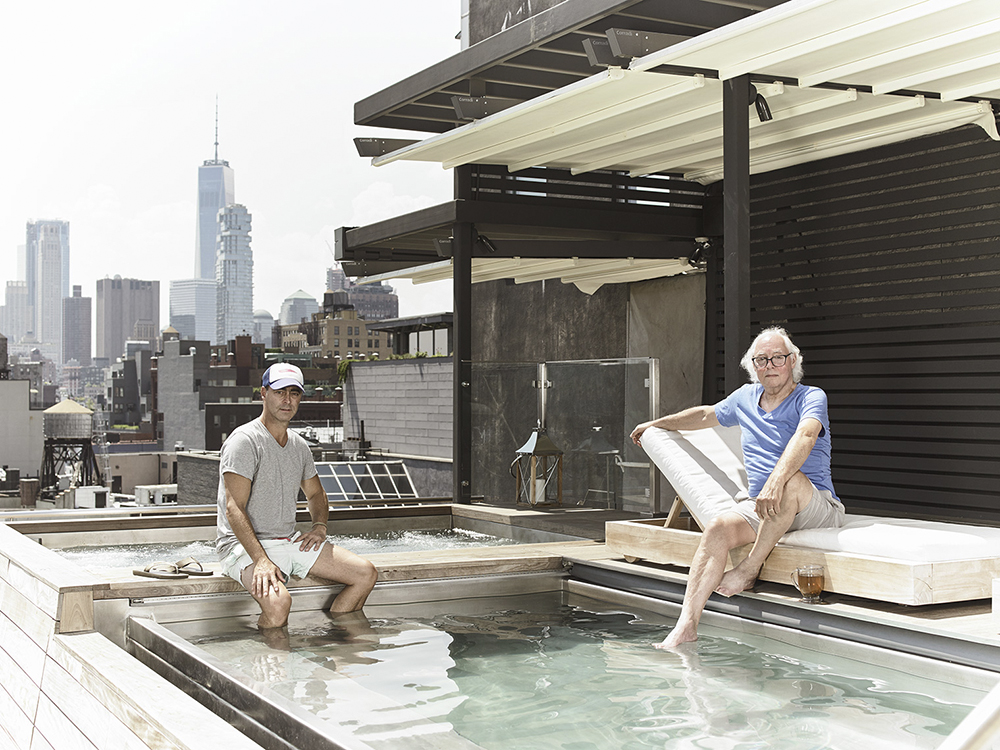 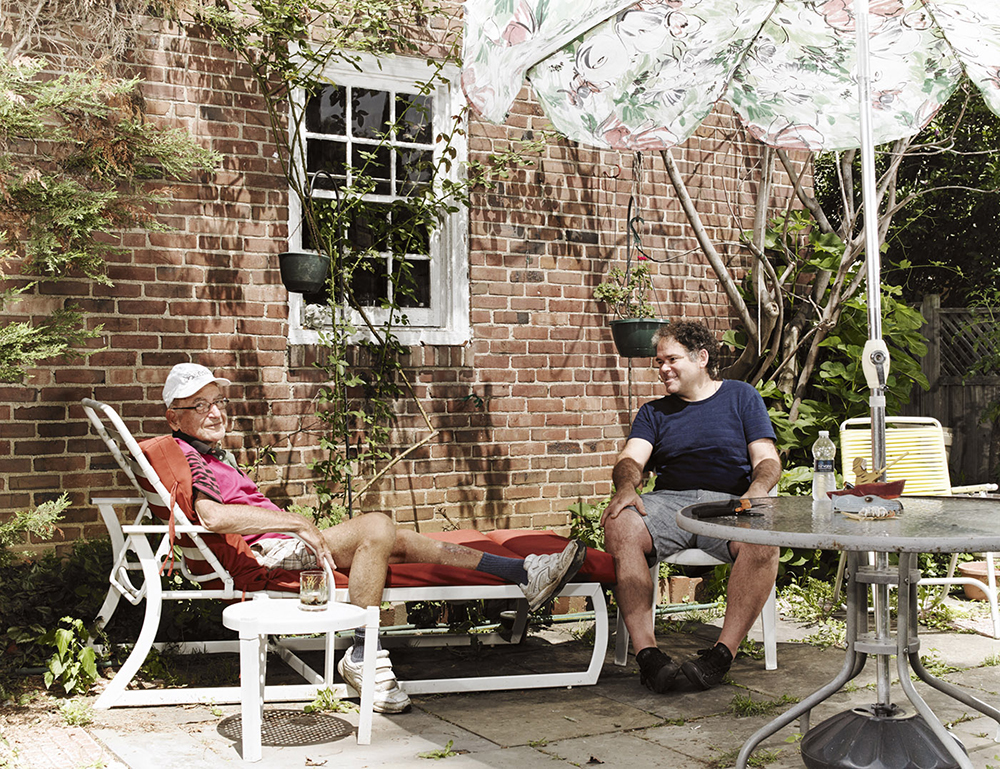 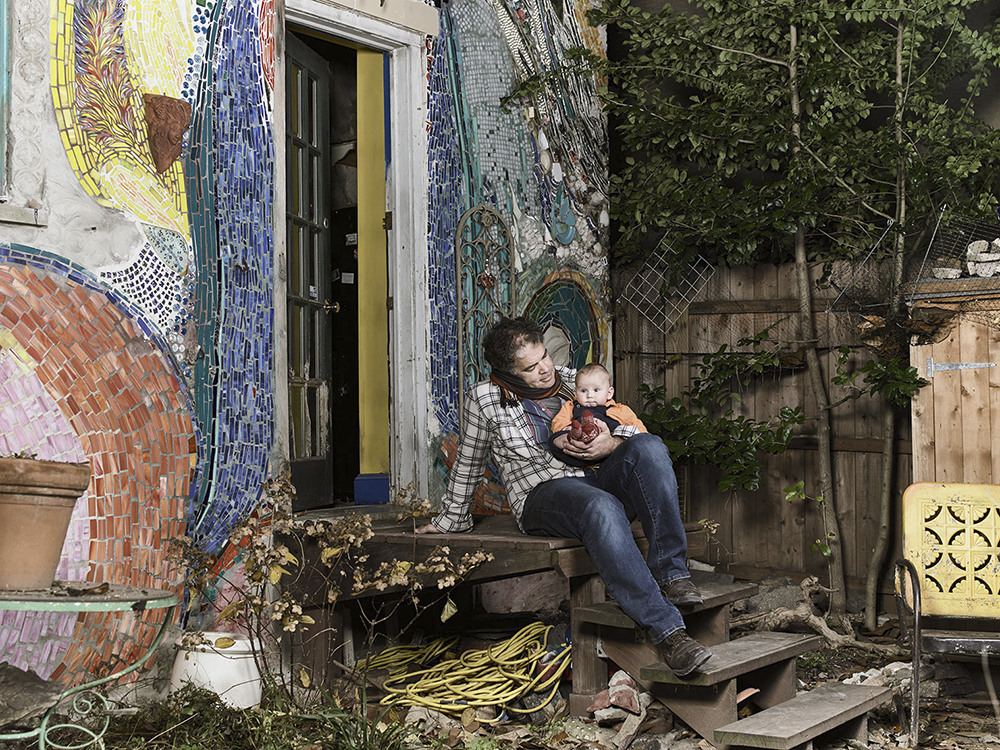