Los Angeles photographer, Michael Kirchoff, has a fascination with Russia. As a child, it was confusing to Michael to reconcile America’s distrust of the Soviet Union, and a place that seemed exotic and magical. With his series, An Enduring Grace, Michael decided to draw his own conclusions by making four photographic trips to Russia with a fifth being planned for later this year. The last trip being the Trans Siberian Railway classic route, Moscow to Vladivostok, nearly 6000 miles.

It all started out as a fulfillment of distant childhood curiosities of Russia, then the Soviet Union, as a place very few people seemed to know much about. I remember watching black and white television in my room and seeing news reporters broadcasting from the center of Red Square in Moscow. That image of St. Basil’s Cathedral behind the reporter reminded me more of Disneyland rather than the evil empire of which he spoke. Really, how could such a terrible place and its people be so bad when they are constructing buildings that looked like that? As an adult I took it upon myself to head for Russia to see for myself, and was quickly caught up in the beauty and scope of this amazing land. I was rewarded with a culture that preserves its heritage by maintaining, and even rebuilding at times, a landscape that is held so dearly by its people. No fragment of history is ever lost here. I choose to inject my belief that these images require drama and mystery from deep shadow to give them their power, and my chosen artistic process to give them the gritty texture and depth they so deserve.

A world traveler, Michael is equally at home trudging through Redwood forests, riding the rails deep into Siberia, or navigating the chaotic streets of Tokyo, loaded down with a Graflex XL with a 58mm Rodenstock lens on Polaroid 665 film including a few Holgas, 2 Canon digital cameras and lenses, big bags of Polaroid and 120 Tri-X and one big bag of Sodium Sulfite for clearing the Polaroid negs in hotel bathrooms. He has garnered recognition from the International PhotographyAwards, the Prix de la Photographie in Paris, and been published in Black & White Magazine, all most recently in both 2008 and 2009. 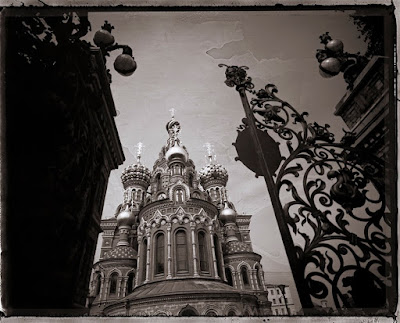 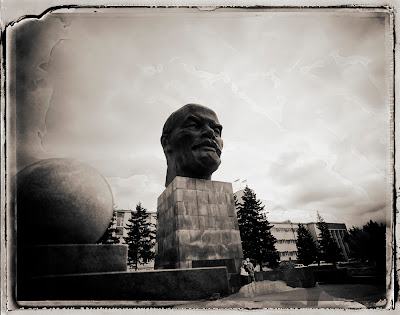 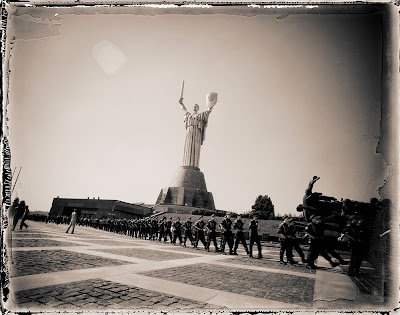 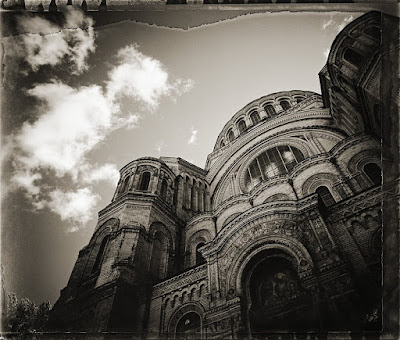 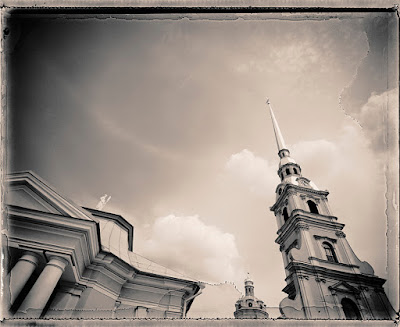 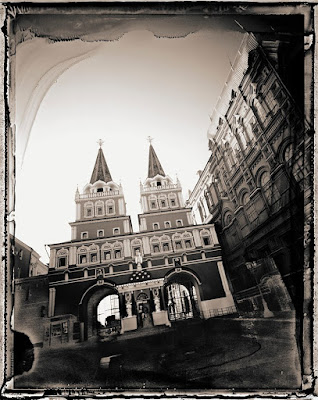 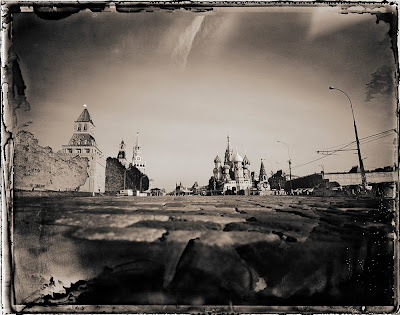 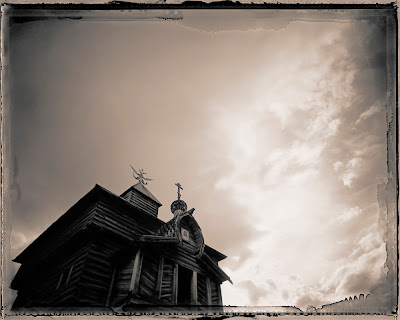 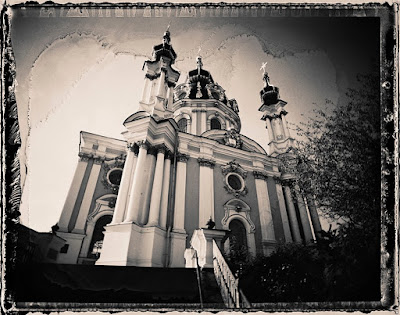 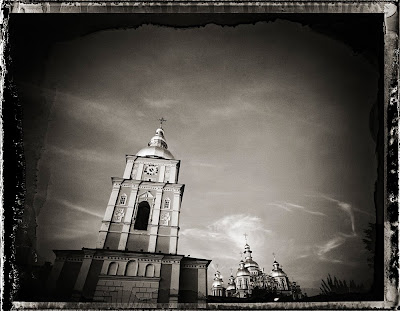 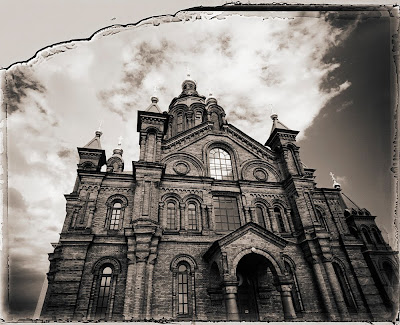 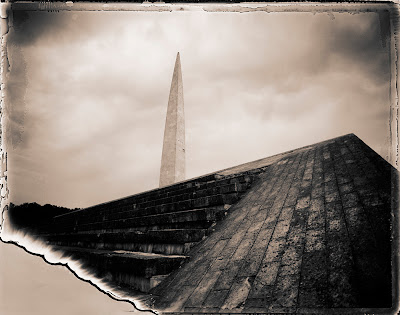