I first saw Mary Ellen Bartley’s smart and simple still lifes at Photolucida two years ago. Coming from a painting background and being influenced by Rothko and Diebenkorn in my own work, I immediately understand what she was expressing with her work. The slices of color and the proportions of space and line create photographic paintings that resonate completely with artists from the mid century. Her new series, that I enjoyed in the Critical Mass selections, is Blue Books. This is about as close to Rothko and Diebenkorn as it gets and I find the work thrilling. 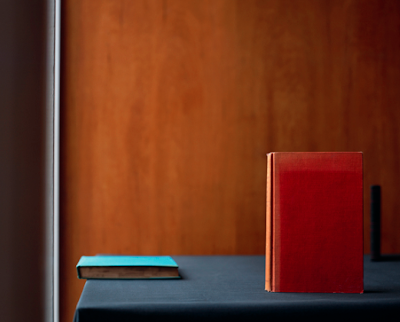 Mary Ellen embraced the 4×5 view camera while earning her BFA, and then continued on in the commercial world as a food and still life photographer for the next twenty years. She has recently changed her focus to creating fine art images inspired by paintings and drawings “that have always held her interest”.

The sensation of night falling is both lovely and scary. In Blue Books, my third series using books as subject, I work in the palette and light of twilight when shapes are barely defined and the sense of space becomes unreliable, feeling very close and very deep and the same time. (Diebenkorn Blues was the starting point for this series it was taken in 2004, part of my first book series. I wanted to explore the palette and visceral feeling of space being rearranged that I had touched upon there.) 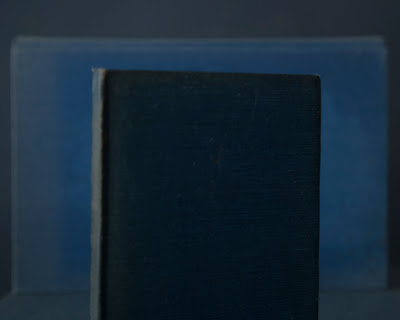 As a child I had an obsessive habit where I would line things up with my eyes, titling and adjusting my head until the scene before me seemed straightened out and ordered. I also played with squinting my eyes and softening everything. It was a calming behavior that distracted me from my highly dramatic family.
It’s a personal tic I‘ve taken to my still life work where I can use the camera to capture the alignments and relationships of objects that I set up. I am again avoiding drama by purposely excluding hints to the books contents, muting the stories they contain. 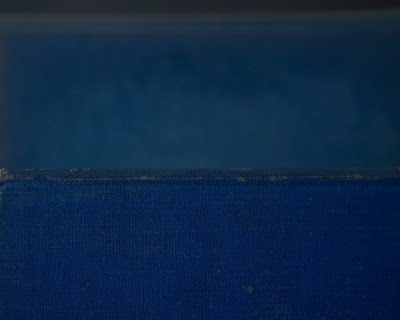 The colored planes of the books are seeped with damp blues some nearly black, like color field paintings that revel in the sensation of color. The texture of the book cloth reads like canvas stained with paint. I love the way color in a Reinhardt or Rothko painting seems to hover around the canvas. I play with camera focus to achieve a hovering effect and to evoke a sense of space up around your skin but fathomless like a lake at night. 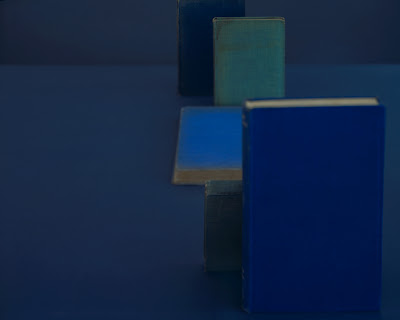 The titles were created by searching Amazon for book titles containing the word blue or night then following strands of the search until the right evocative title was found. 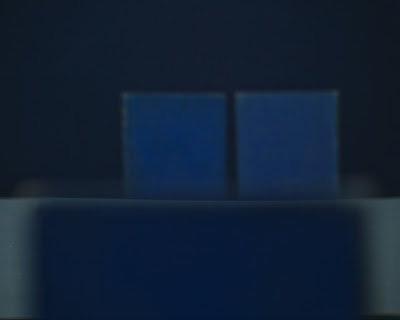 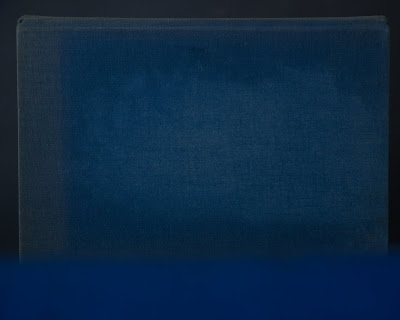 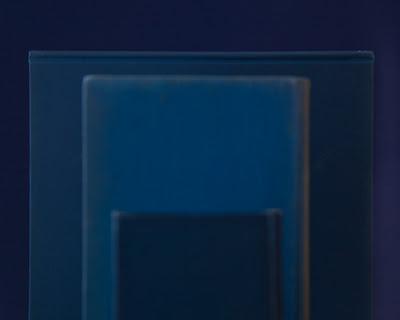 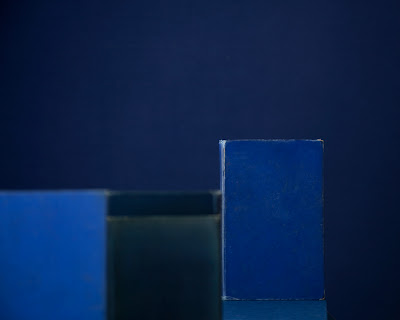 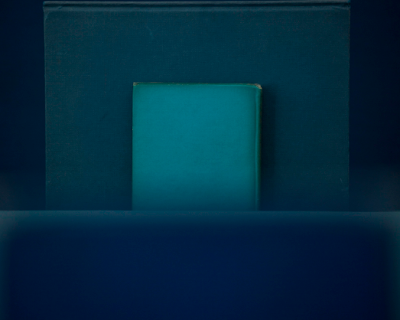 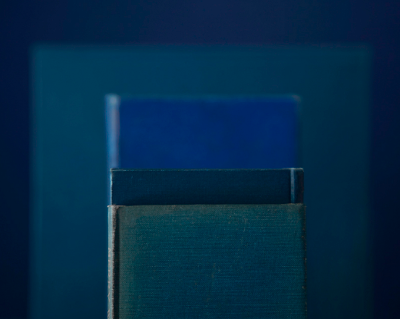 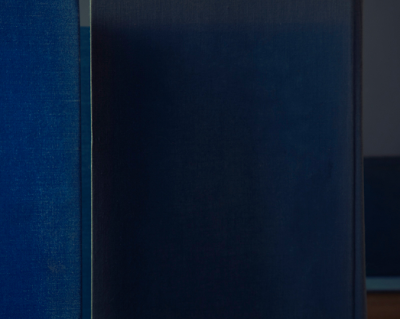 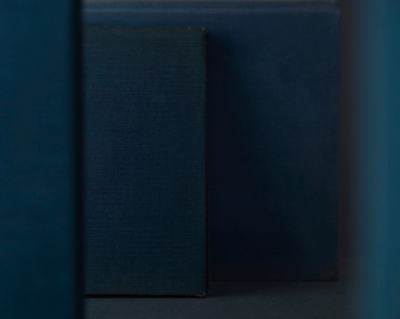 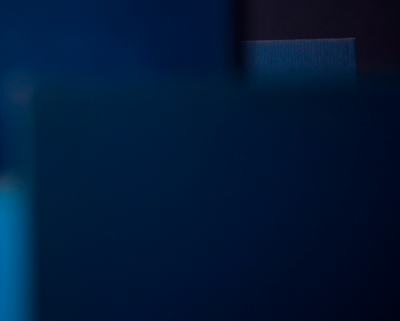