New York photographer, by way of Texas and Louisiana, Beau Comeaux, manages to make the ordinary into imagined realities. His new exhibition, Implied Fictions, opens at the B. Hollyman Gallery in Austin, Texas on July 9th and runs through August 20th.

A presence, felt but not seen, emanates from the shadows, from around corners, and from behind structures. Psychologically inhabiting these images, one can become unnerved and uncertain about exploring the spaces and their ominous overtones. As much about definitions as exclusion, their voyeuristic implications are undeniably tempting. Perspective shifts, color mutates… lighting and focus – seemingly self-aware – further heighten disorientation…

Growing up in the lush and exotic landscapes of southern Louisiana, Beau’s childhood imagination allowed him to transform his neighborhoods into other worlds, and he has continued those explorations using nocturnal approaches and selective focus . “The process of transforming a negative captured hours/days/weeks prior into his current memory/imagination of the scene of immense fascination to him”, and led to an MFA in Photography from the University of North Texas. He currently resides in New York, where he is an Assistant Professor at Sage College of Albany and has exhibited world wide.

‘Implied Fictions’ are a mix of exploration and examination, existing at a point where art and science intersect. This body of work consists of large, contemporary color photographs driven by the photographer’s curiosity and imagination. Working with a digital camera, Beau begins his process by shooting long exposures at night, capturing an empty street, a house on the corner, a construction site, an open field. Alone in the solitude of the night he becomes the collector of raw materials, surveyor of the land and its artifacts. Post-shoot, he continues his creative process and transforms focus, light, and perspective to sculpt what his imagination envisioned. The result is a distorted reality encapsulated in an image that transcends the everyday. These surreal, dream-like scenes provoke a deeper examination of the spaces depicted, allowing the viewer to participate. The process of transforming a negative into his current realization of the scene was an early fascination to Comeaux. A switch to digital technology around 2004 led to new avenues of creativity by bringing the darkroom transformation experience to his color work. 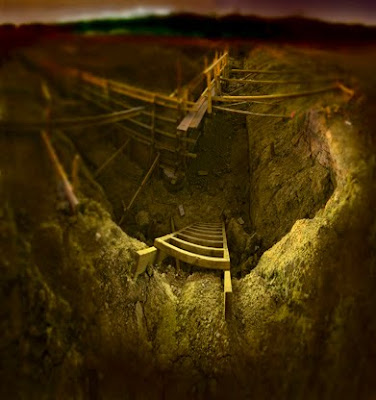 I practice the art of discovery during exploration under the quiet cover of the still night. The pace is slowed, the mood settled, and the liminal spaces normally unattainable are made available. A presence, felt but not seen, emanates from the shadows, from around corners, and from behind structures. 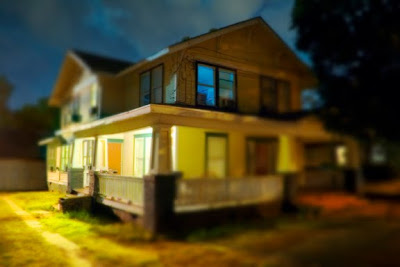 I take ownership and control of domestic and semi-domestic spaces through acquisition and manipulation of digital captures. Focus, light, and color are twisted beyond their quotidian existence in order to transform the spaces depicted into fantasies wrapped in spatial ambiguity. Pulled into the fantastic spaces depicted, one often finds oneself unnerved and uncertain about exploring the spaces and their ominous overtones. 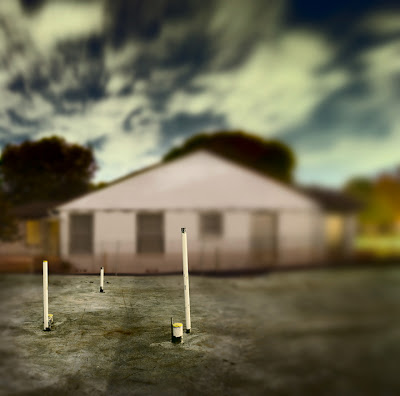 As much about definitions as exclusion, their voyeuristic implications are undeniably tempting. Perspective shifts, color mutates and lighting and focus, seemingly self-aware, further heighten disorientation, provoking a deeper examination of the spaces depicted. 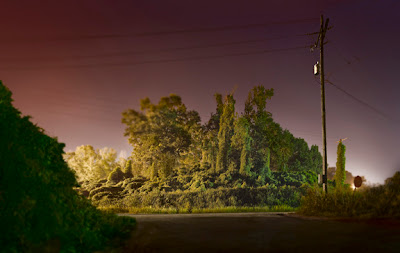 Within the confines of the image, the observer becomes both servant and master; contributing to meaning and narrative. By using the photograph as an extension of the imagination, I provide a framework in which the viewer can operate, supplying his or her own particular narrative to my suggestive imagery. 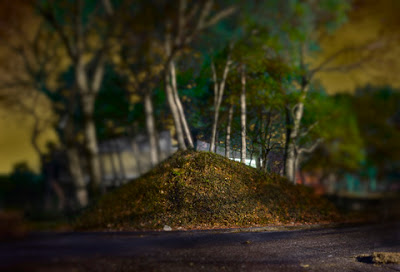 The real voyage of discovery consists not in seeking new landscapes, but in having new eyes.”
—Marcel Proust 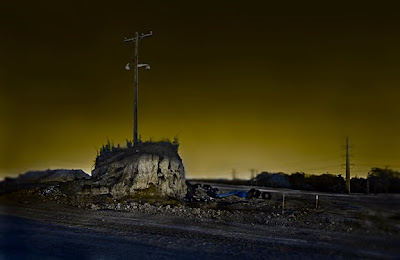 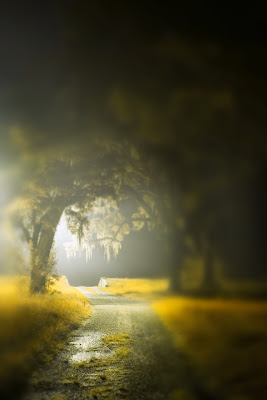 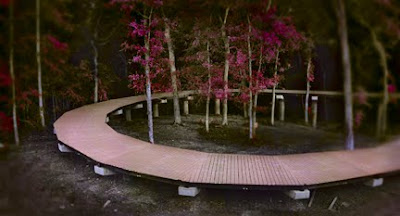 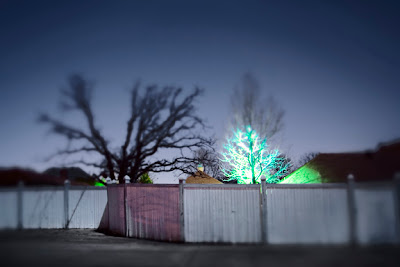 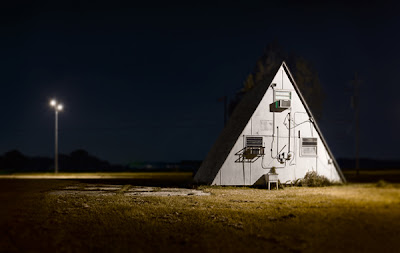