I recently came across the work of Alejandro Maureira and it brought to mind a series that I’ve always felt was incredibly powerful by Dulce Pinzon. So, I thought I’d share both photographers who use the idea of Super Heros to talk about under appreciated populations: parents and laborers.

Photographer Alejandro Maureira was born in Chile, but is now based in Madrid, Spain. He received a Masters in Photography from EFTI Academy, Madrid in 2010. This work is part of an ongoing series, Heroes and Heroines, in which he photographs parents dressed as super heroes.

Heroes and Heroines:According to natural order or hierarchy, parents are guides, heroes, first teachers, nurses, chauffeurs, and much more in their children’s life. Parents play many leadership roles in their life. This is given to them only for being parents, for being older, for having more experience, for knowing more and, of course, for having their hearts and their feelings linked to us forever. This leader life position in our children’s life has been given to us in the moment we know we’re going to “be parents”. 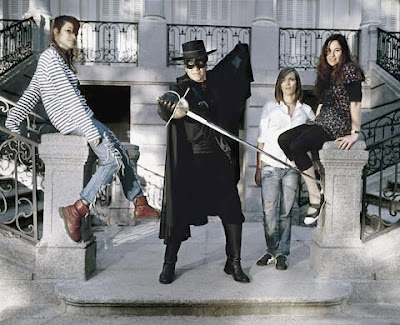 With my photographs, I want to stress, in a direct way, this important issue, trying to show how this role’s father (mother) is marked in the child’s life. To achieve this is necessary that the father (mother) identifyh imself(herself) with some super hero (heroine) from his/her own childhood and they play this role dressing like this super hero. With all this I try to stress the role that is played by the person who guides the child through his entirely life, and I try to achieve that the guide person remembers her childhood through the performance of her childhood’s dream, achieving this with a perfect feeling state between the people who have been photographed. 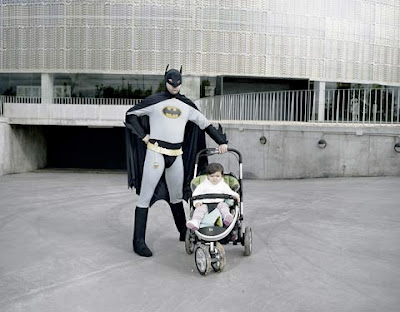 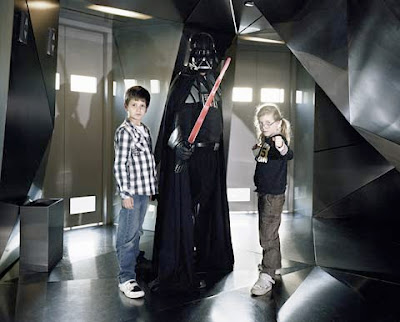 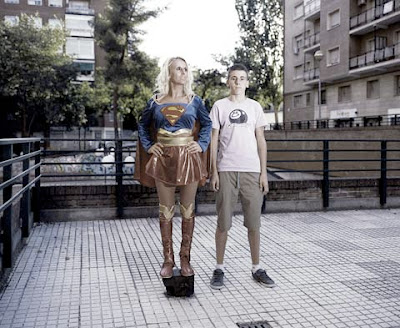 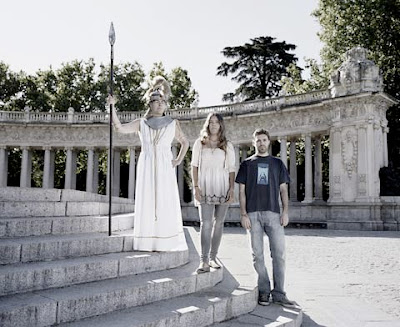 Dulce Pinzon was born in Mexico City. She studied Mass Media Communications at the Universidad de Las Americas in Puebla Mexico and Photography at Indiana University in Pennsylvania. In 1995 she moved to New York where she studied at The International Center of Photography. She currently resides in Brooklyn.

THE REAL STORY OF THE SUPERHEROES: After September 11, the notion of the “hero” began to rear its head in the public consciousness more and more frequently. The notion served a necessity in a time of national and global crisis to acknowledge those who showed extraordinary courage or determination in the face of danger, sometimes even sacrificing their lives in an attempt to save others. However, in the whirlwind of journalism surrounding these deservedly front-page disasters and emergencies, it is easy to take for granted the heroes who sacrifice immeasurable life and labor in their day to day lives for the good of others, but do so in a somewhat less spectacular setting.

The Mexican immigrant worker in New York is a perfect example of the hero who has gone unnoticed. It is common for a Mexican worker in New York to work extraordinary hours in extreme conditions for very low wages which are saved at great cost and sacrifice and sent to families and communities in Mexico who rely on them to survive.

The principal objective of this series is to pay homage to these brave and determined men and women that somehow manage, without the help of any supernatural power, to withstand extreme conditions of labor in order to help their families and communities survive and prosper.

BERNABE MENDEZ from the State of Guerrero works as a professional window cleaner in New York. He sends 500 dollars a month. 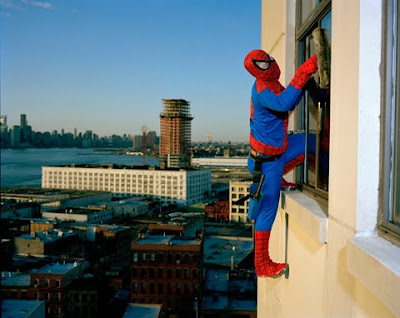 MARIA LUISA ROMERO from the State of Puebla works in a Laundromat in Brooklyn New York. She Sends 150 dollars a week. 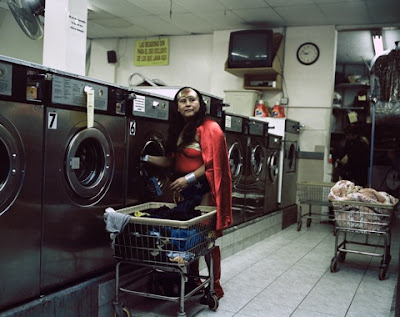 LUIS HERNANDEZ from the State of Veracruz works in demolition in New York. He sends 200 dollars a week. 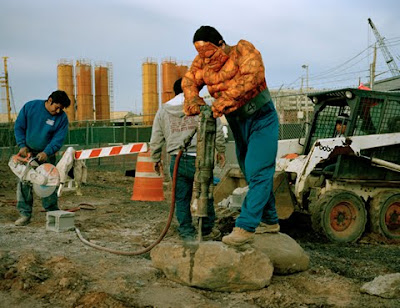 ROMÁN ROMERO from Tlapa Guerrero works as a superintendent in New York. He Sends 800 dollars a month. 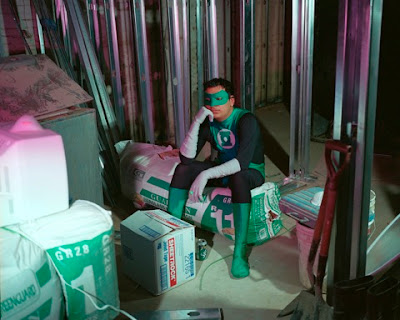 SERGIO GARCÍA from the State of México works as a waiter in New York. He Sends 350 dollars a week. 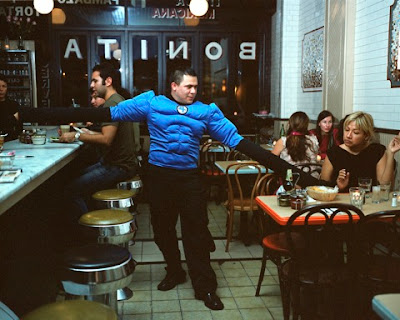 MINERVA VALENCIA from Puebla works as a nanny in New York. She Sends 400 dollars a week. 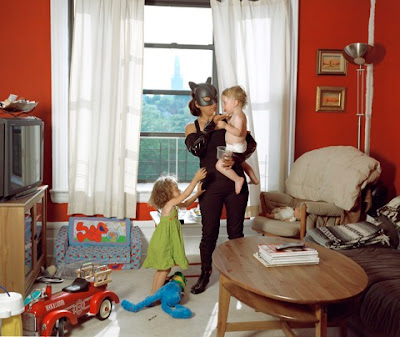 FEDERICO MARTINEZ from the State of Puebla works as a taxi driver in New York. He Sends 250 dollars a week. 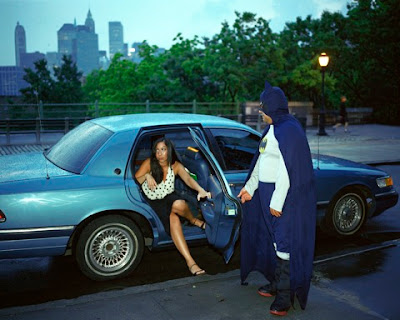