When I was in Chicago this fall for the Filter Photo Festival, I attended the opening of the festival’s juried show, Light, that was held at the David Weinberg Gallery. Jurored by Matthew Avignone and David Weinberg, it was a terrific exhibition of contemporary image makers and it was a treat to meet many of the artists.  During the course of the evening, I found myself in David’s office and asked him about the exquisite images hanging on the walls.  He told me that they were his photographs, and that he was not only a gallery owner, but a photographer himself. 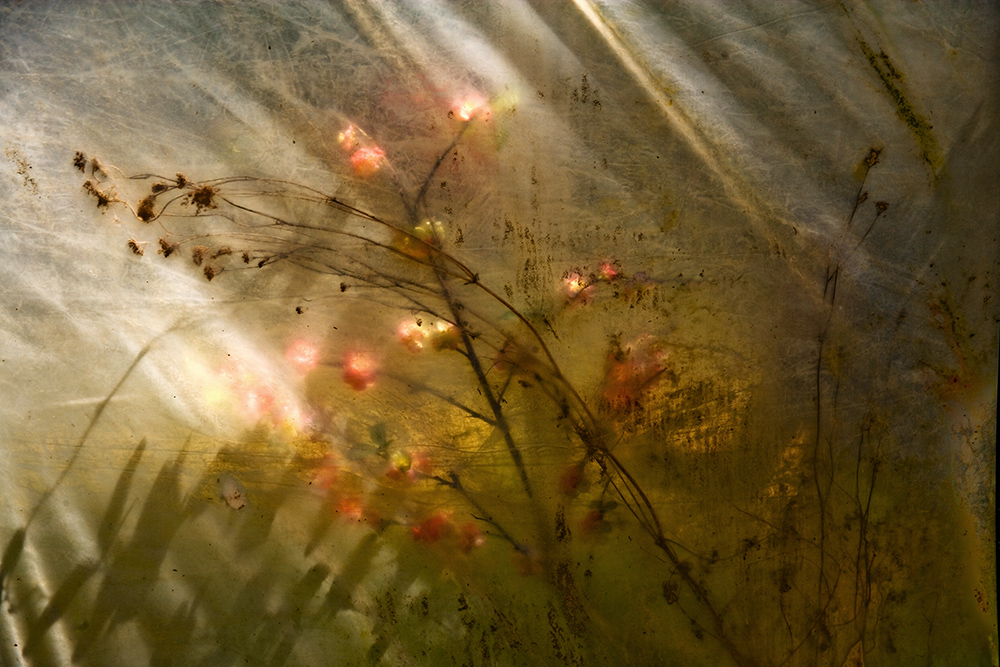 Chicago photographer, David Weinberg, didn’t start off the way most photographers do. David was a business man for 35 years working for Fel-Pro, Inc., the Skokie, Illinois-based gasket manufacturing company his family ran for generations. The company was famous for its generous benefits and even-handed treatment of employees and was even recognized as one of the top ten companies to work for in the United States. David worked his way up to co-Chair of Fel-Pro, taught his personnel methods to graduate students at the University of Illinois, and lectured at numerous universities and government agencies. Today the same methods inform his collaborative approach to working with his subjects.

Although David only made the switch to photography 10 years ago, art has always been a part of his life with a mother as a successful commercial potter and a father who maintained a private art collection and ran a California-based sculpture center and art gallery. David actively exhibits his work and has shown in numerous galleries and museums and won national photography awards over the last decade.  I am sharing two of his series, Mr. Wild’s Garden and Spent.

When I was a child, my family lived next door to a mysterious, 90-something year-old man named Mr. Wild. Although I was only 6 years old at the time, I still vividly remember our neighbor’s dilapidated house and yard of towering, treehigh weeds. I remember wondering what an adventure it would be to play in Mr. Wild’s weeds and whether he’d try to “get me” if I did. 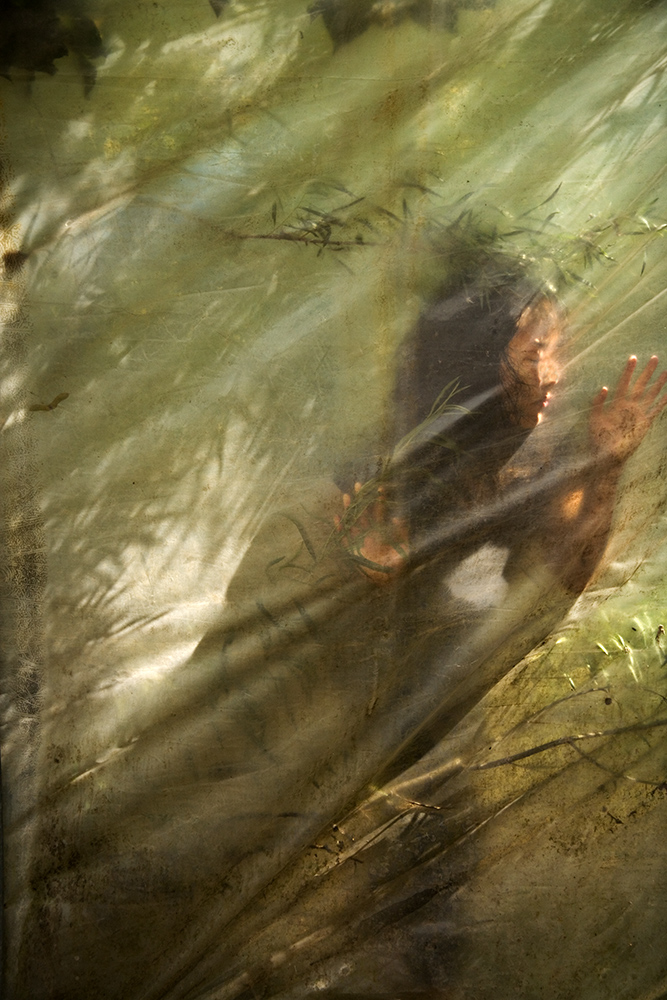 A bit later in life, upon reflection, I realized that Mr. Wild was entirely isolated from the community and that no one had ever seen him speak with another person. And looking back now, at the age of 66, despite the persistent memory of this man, I still know next to nothing about him. 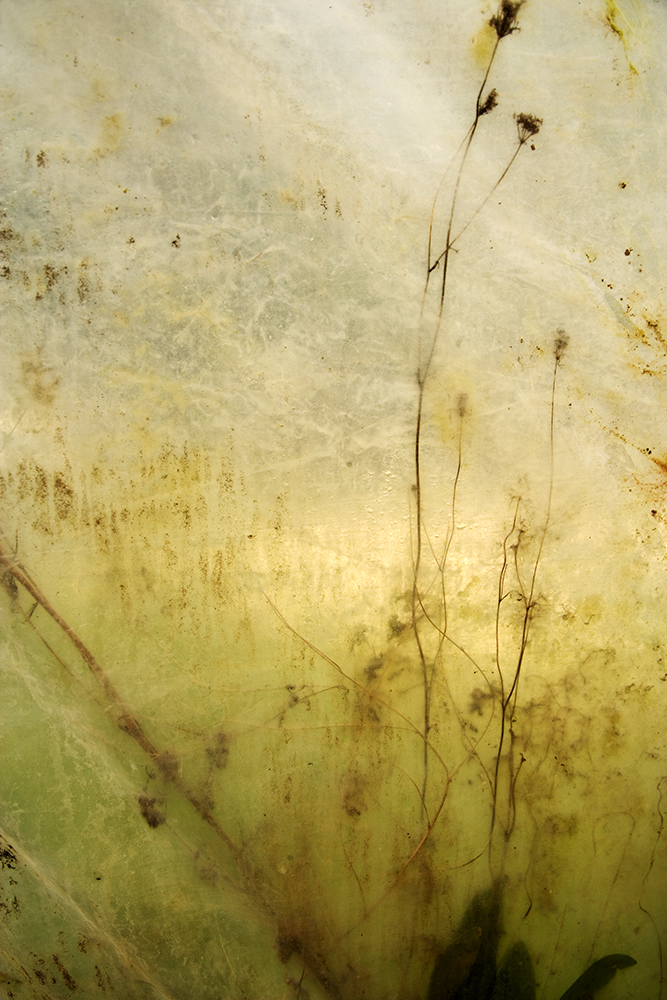 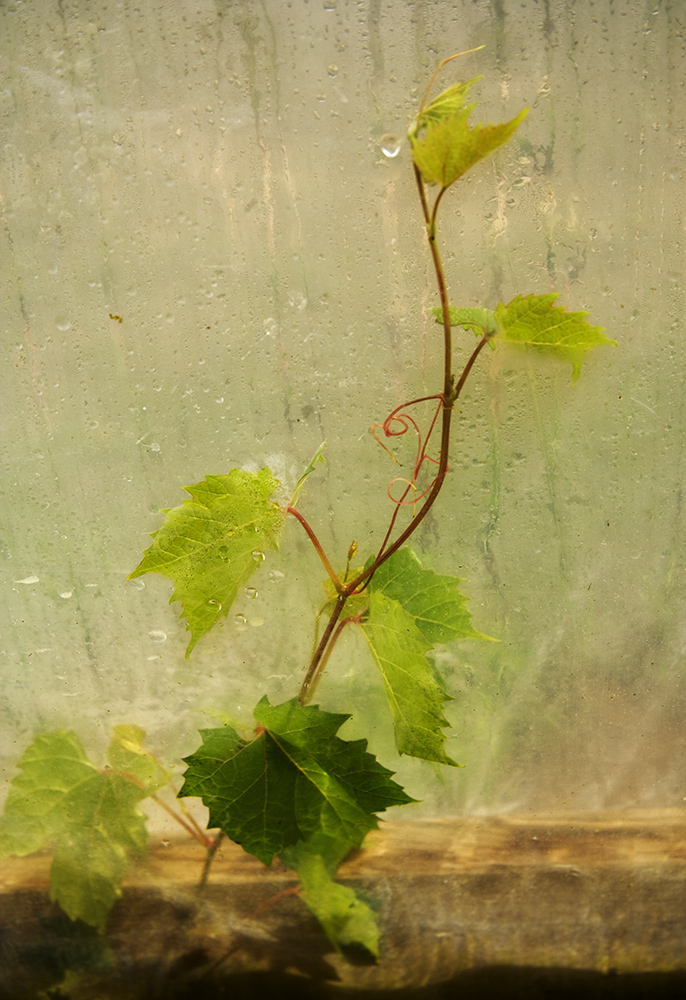 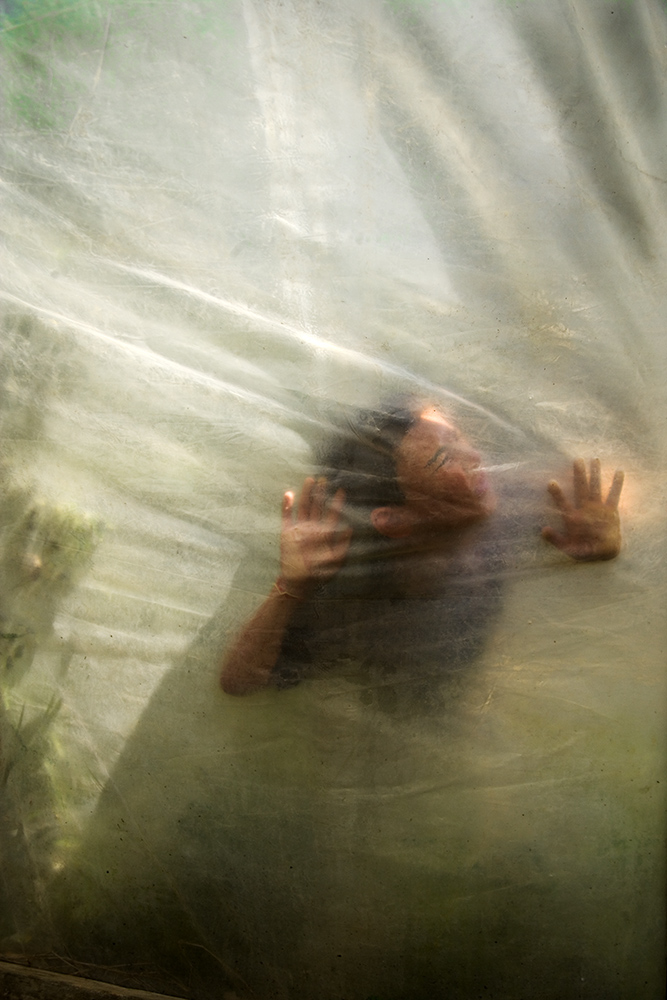 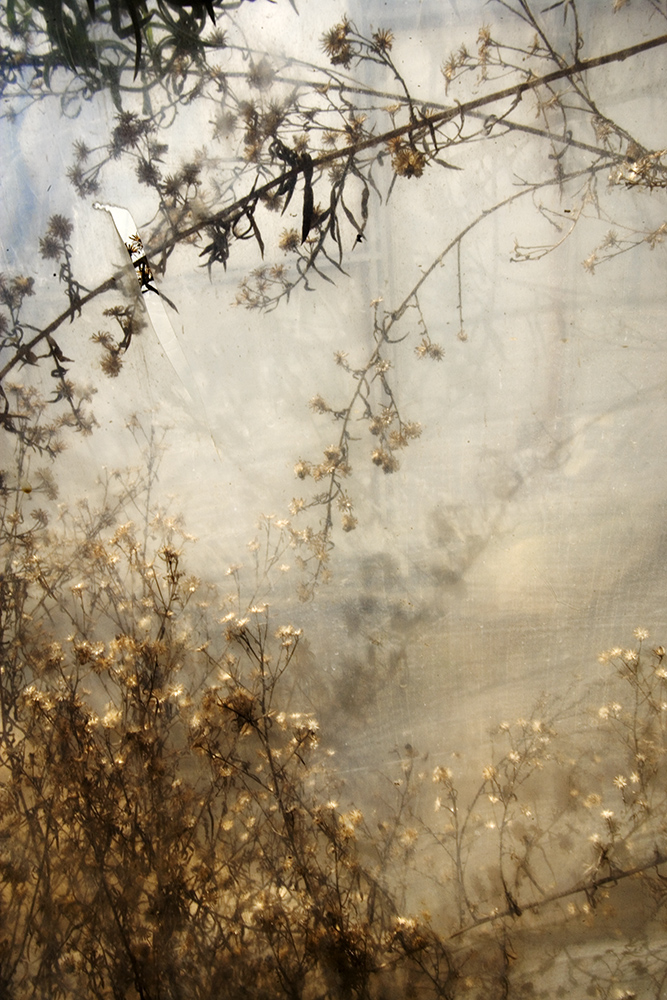 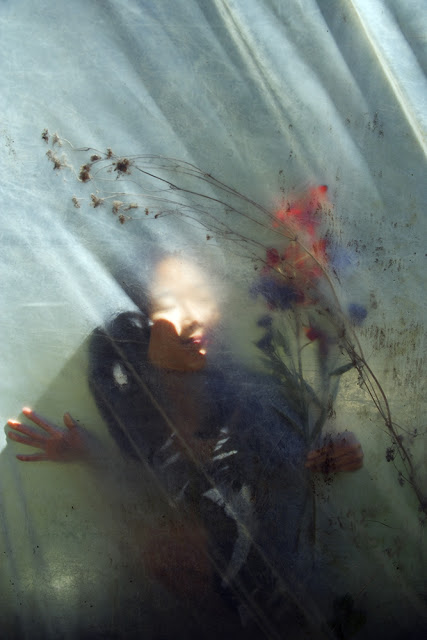 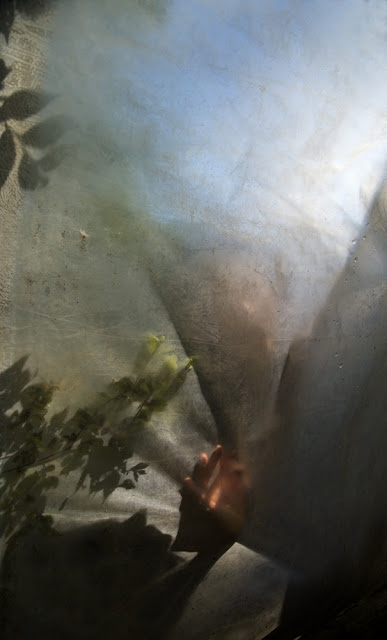 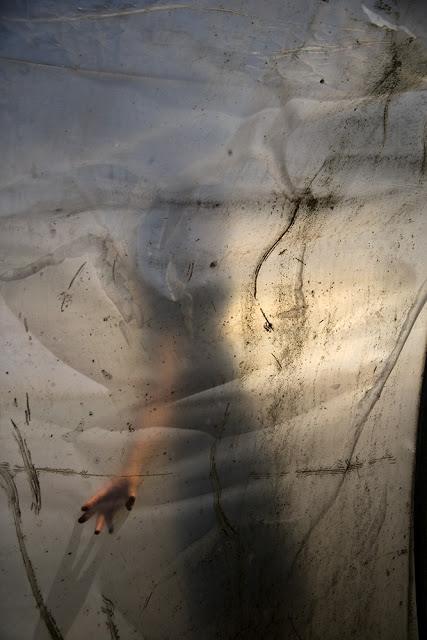 Spent
Energy and strength have a capacity, an upper limit. When we reach our maximum effort at the end of our struggle, we are spent. Weary in action and conjecture, we physically endure and prevail thru the stress of life. For years I have observed these contorted expressions surface while lifting weights in front of a mirror. Our faces, the organs of expression reveal themselves like a whistling teapot under pressure. Kinetic energy builds to a climax through the body to form the grimace of strain. I am fascinated with these expressive moments because they are both telling and mysterious. 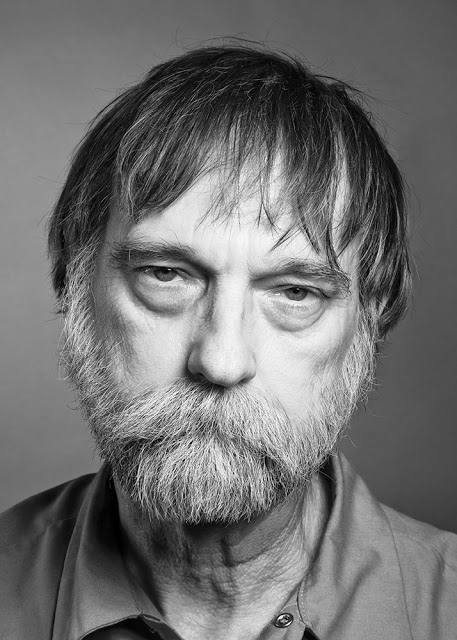 The series Spent is about the tipping point where we tangibly exhaust ourselves through enormous effort and the daily grind forward toward complete depletion. I am interested in the differences exhibited by different people. These portraits demonstrate a variety of uniquely evocative individuals. From the youth who disguise their vulnerability, to the manual workers exhausted by continual labor and life in general, the expression is the betrayer of the inner struggle. 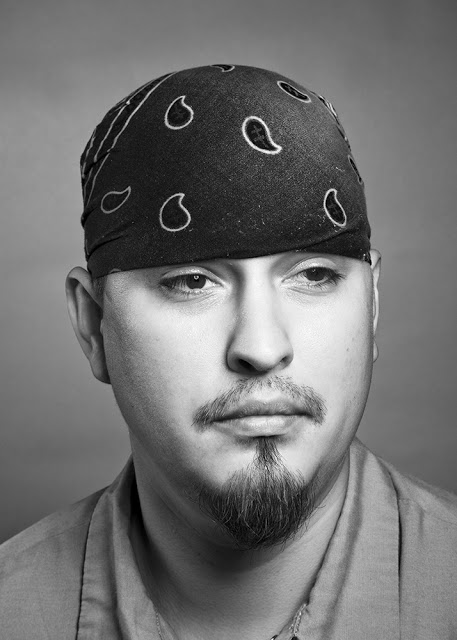 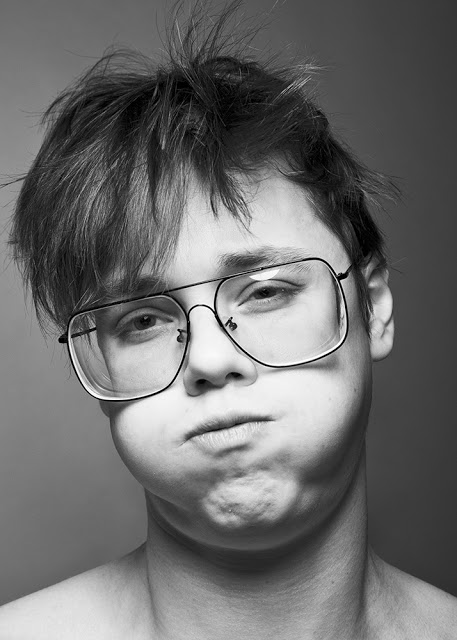 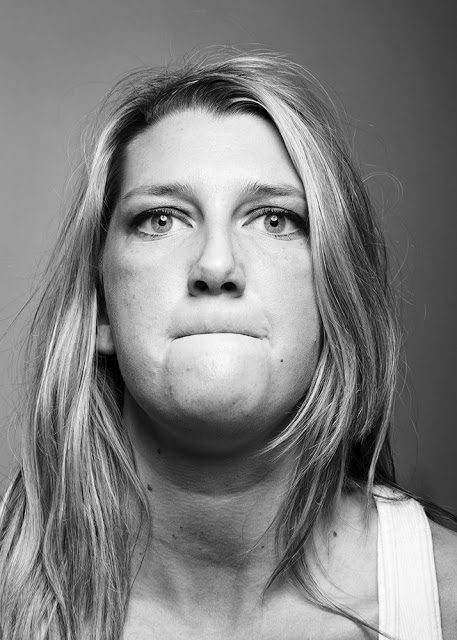 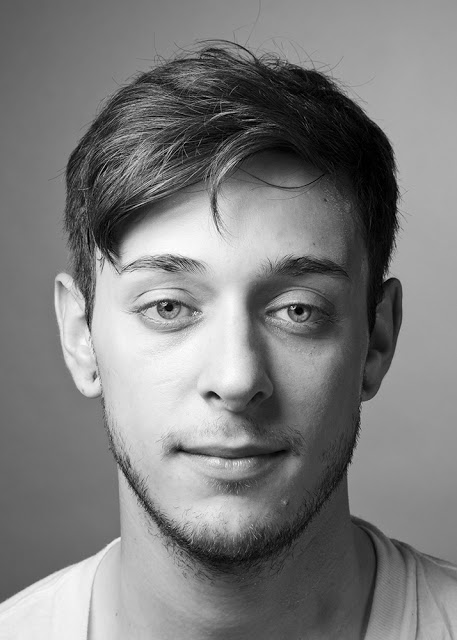 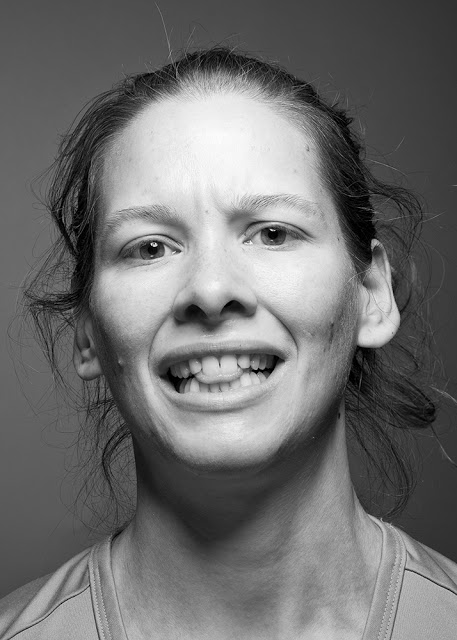 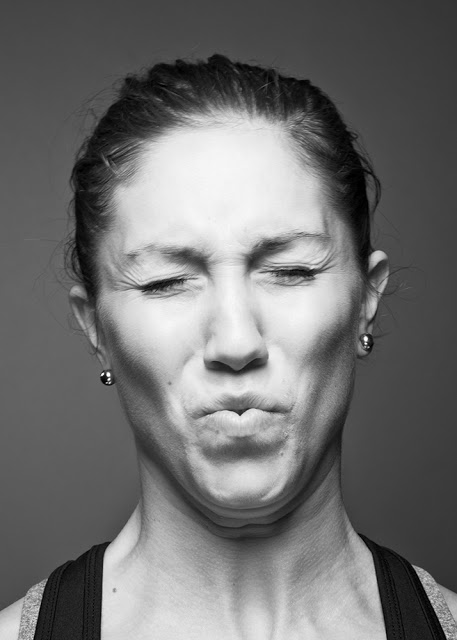 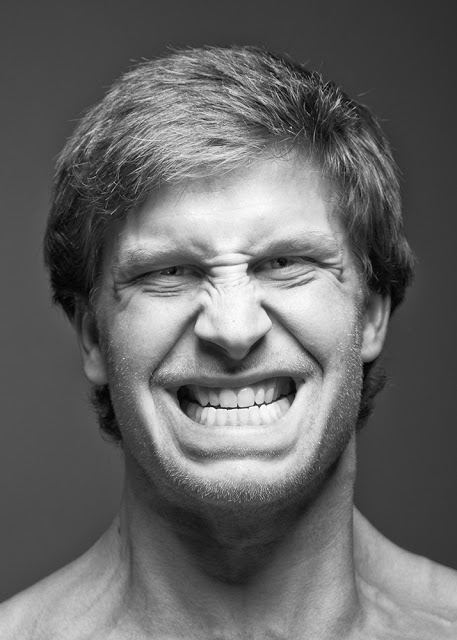