This week, I am sharing a few of photographers that I met at the Filter Photo Festival in Chicago….

Born in Vermont, Jessica Tampas creates engaging work, mined from time with family and with possessions that define play. I met her last year, at the Filter Festival Portfolio walk and this year was so glad to discover her new work and get to revisit the older projects. I am featuring two series, Dolls and Michigan. Jessica earned a BFA from Simmons College in Boston and an MFA in Photography at the Massachusetts College of Art. After teaching photography in Holland for Emerson College, she relocated to Chicago where she works as a family, candid, and fine art photographer.

People often want to know the history behind these dolls. Who were their previous owners? How did they come to look the way they do? Do I collect them, alter them? My approach to creating this series is far more subjective. I never set out to become a collector, per se (though by now I’ve amassed more than 100 early- and mid-century dolls), and I don’t alter them in any way. Frankly, I’m not so concerned with these dolls’ history, even if I play an important role in it, giving them a longevity they probably never expected to have. For me these little beings are simply heartbreaking creatures, typologies of survival and loss, and, I suppose, ultimately, psychological portraits of something inside myself that I might not otherwise be able to express as an adult. We have all weathered emotional traumas in the transition from childhood to now. By not altering the dolls, I let their faces tell their own story — one that I feel is ultimately about what it means to be both fragile and a survivor, and…human. 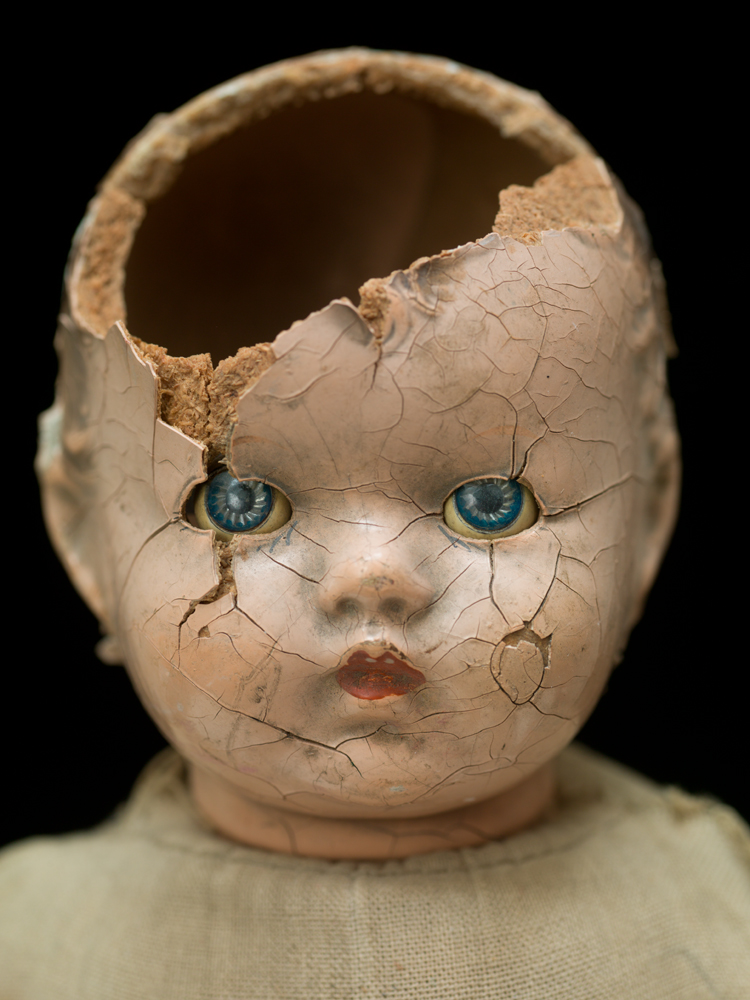 A year ago when I began this project, I purchased a number of dolls made between 1902 and 1950, mass-produced, life size (20″ long), made of ‘composite,’ a material that pre-dates plastic. Some had human hair, others synthetic; some had detailed features like painted on eyelashes, teeth, tongues — others not. Many had limbs missing and stained clothing; one was even repaired with slathered cement. Living, as we do, in a Society saturated with images of perfect youth, these babies seemed to want to offer me an object lesson in honest aging. 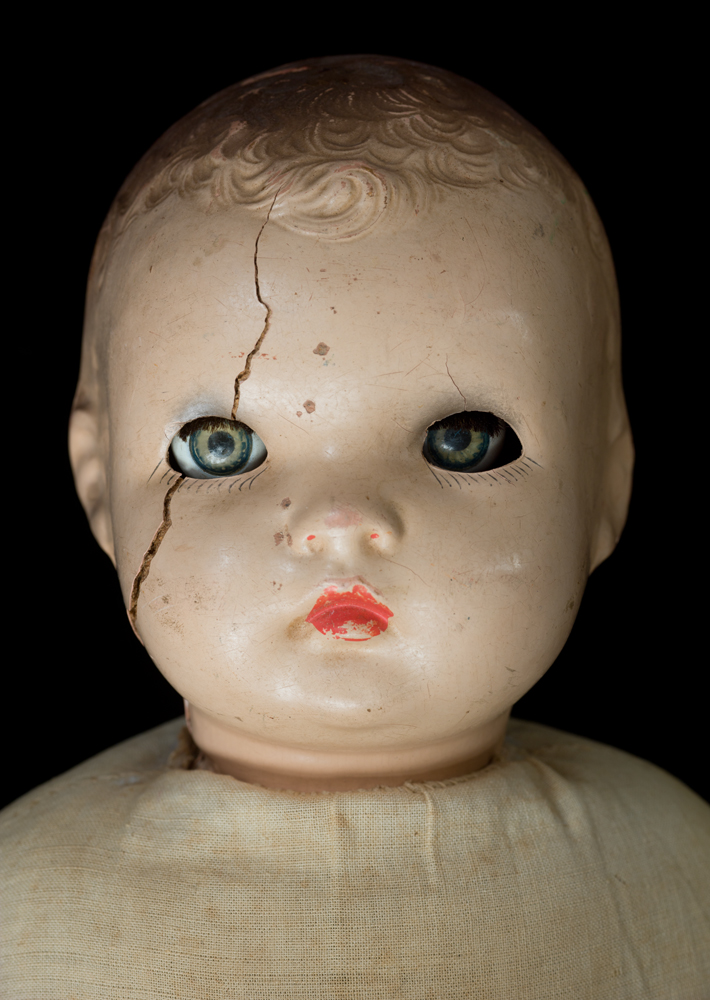 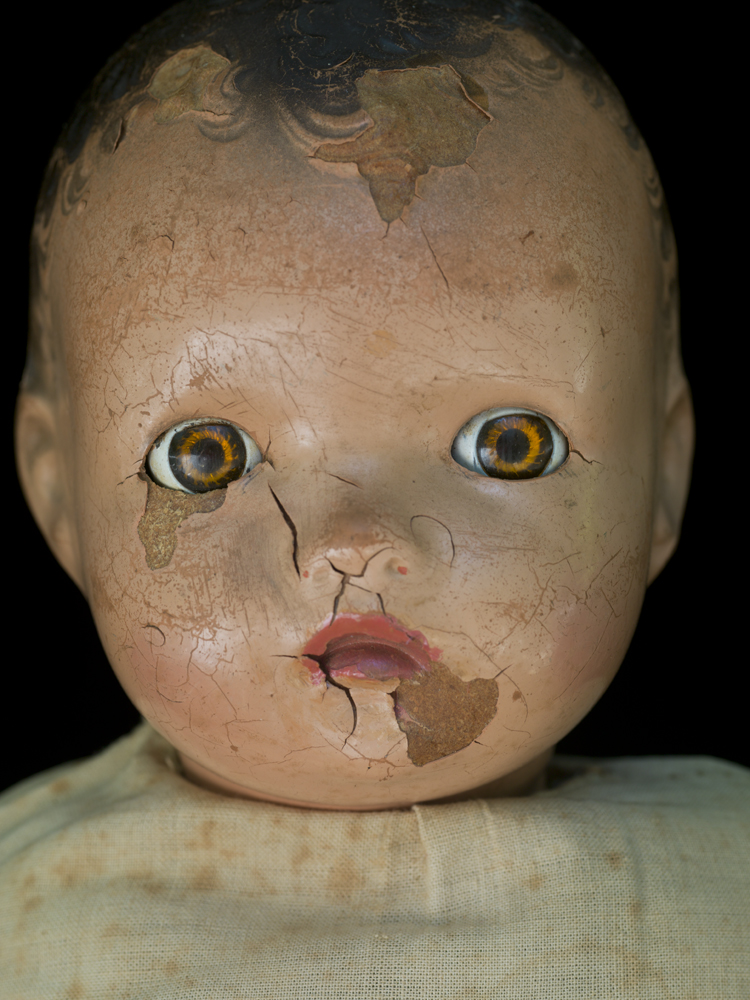 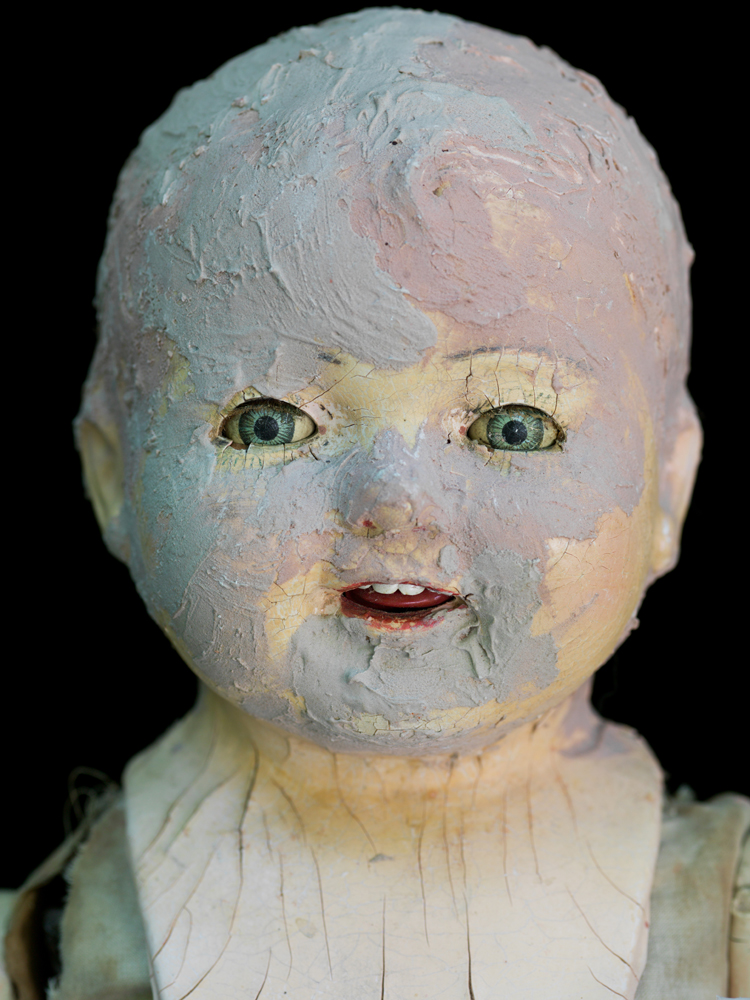 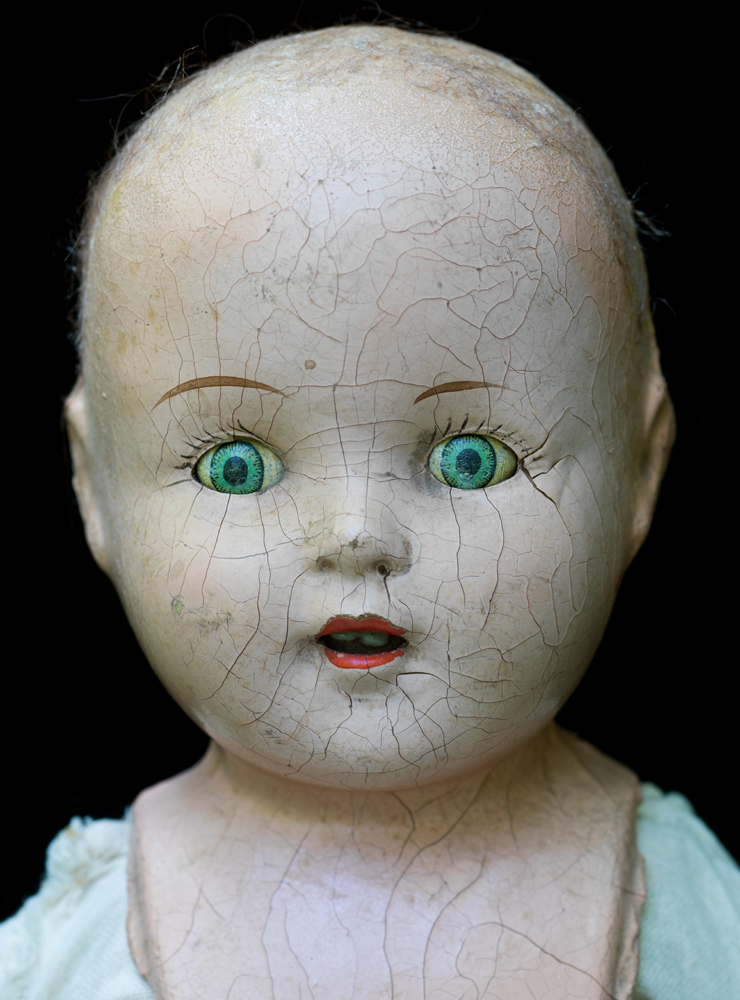 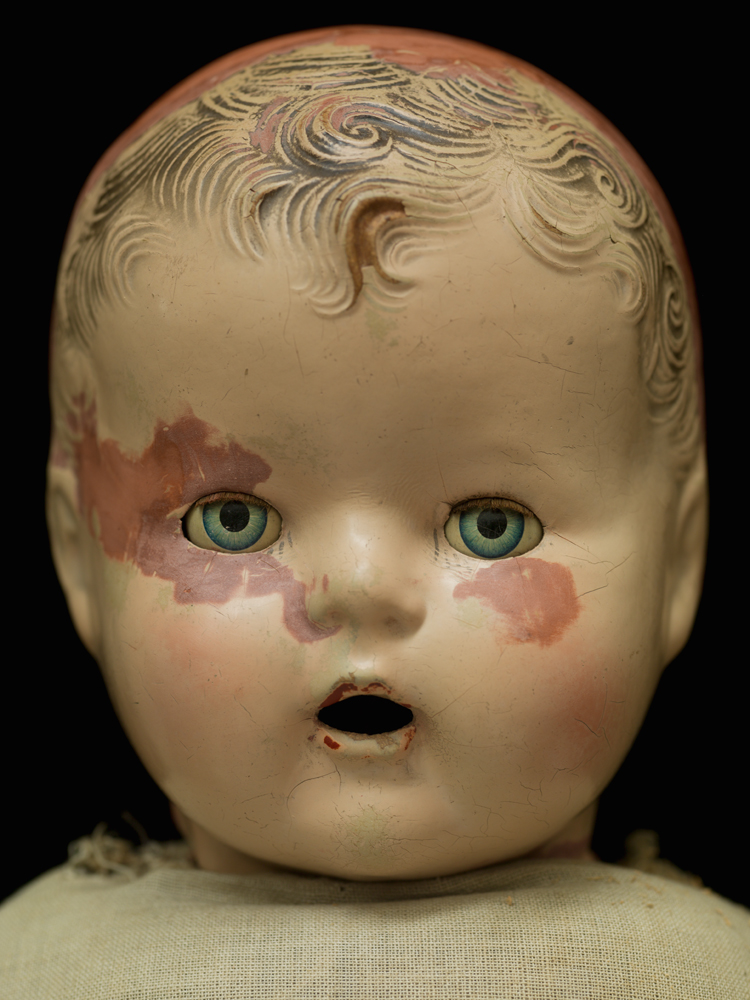 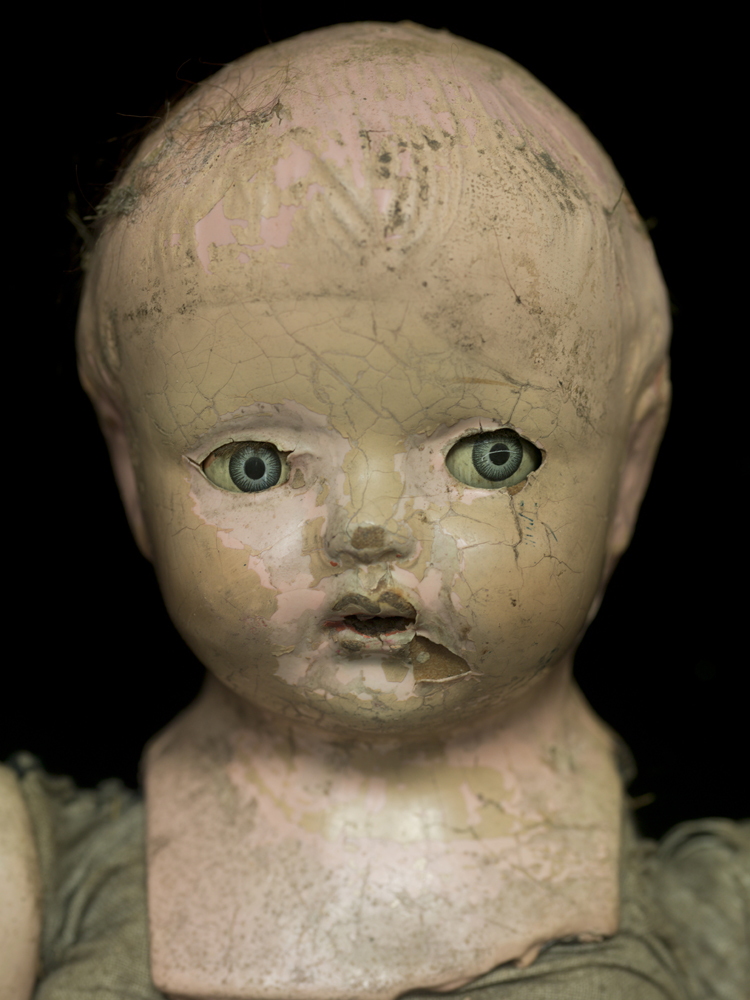 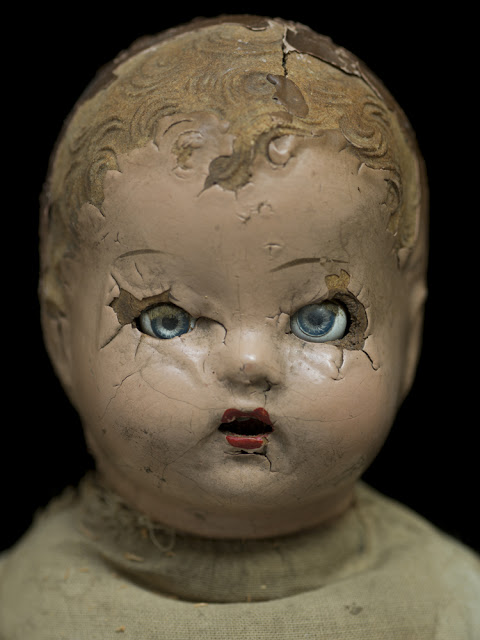 Michigan
I have been taking photographs since I was 14 years old.  My favorite subjects were my immediate family.  I went on to get an MFA in 1987 and then spent the next 20 years as a portrait and wedding photographer.  The birth of my son in 2006 was a major turning point in my life and my career.  Instead of documenting other people’s lives, I began to focus on my son and his world, inspired by the work of both Diane Arbus and Sally Mann.  I am grateful that, once again, I can create images that are meaningful and personal, yet hopefully universal. 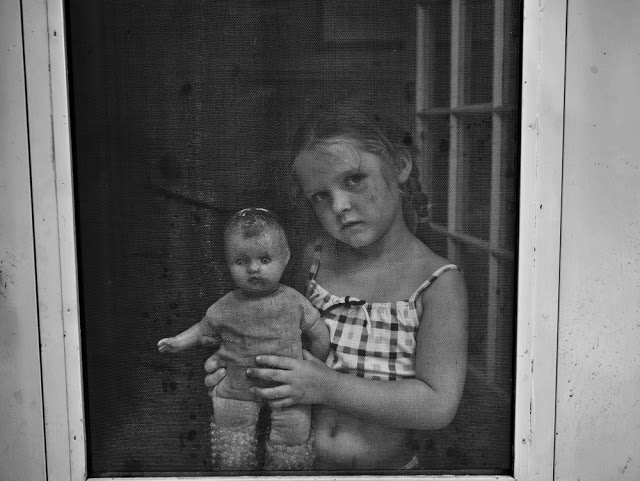 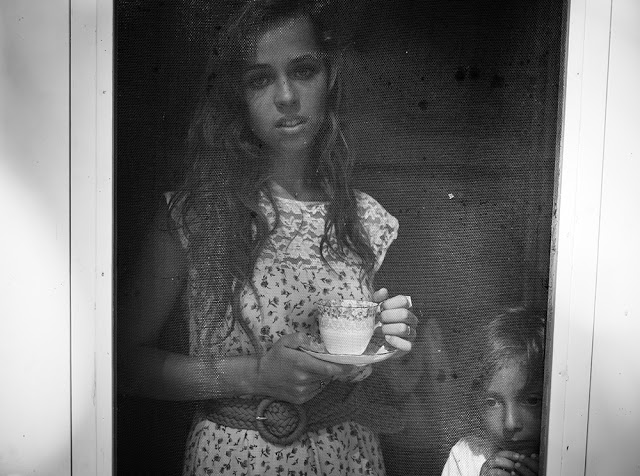 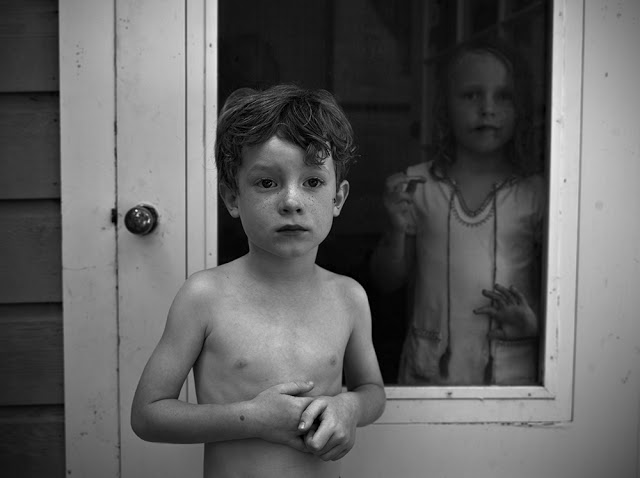 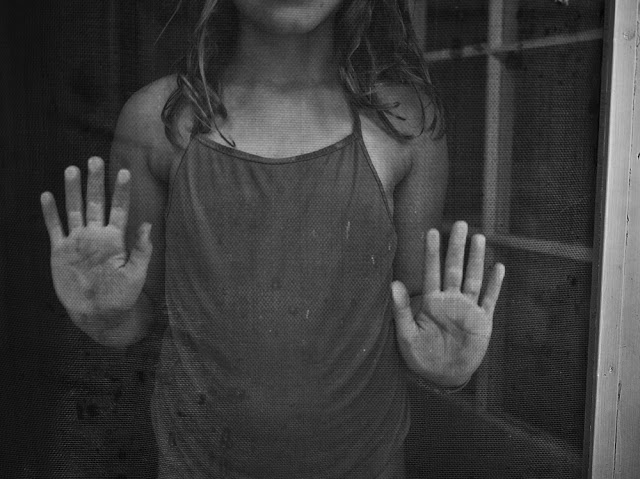 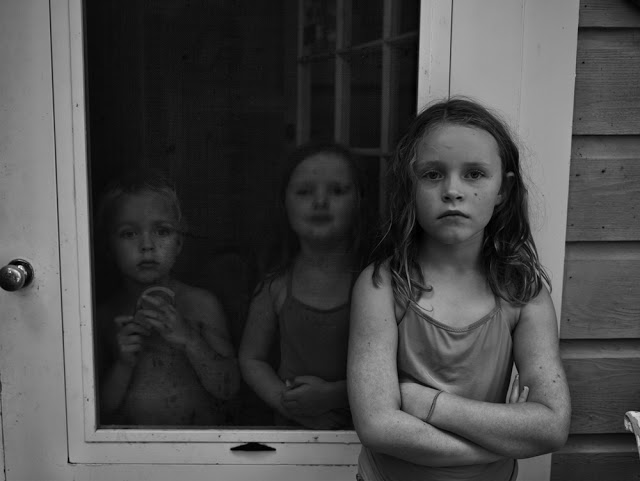 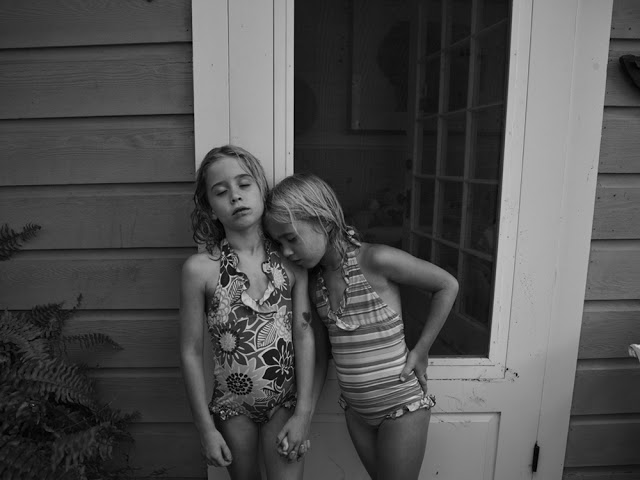 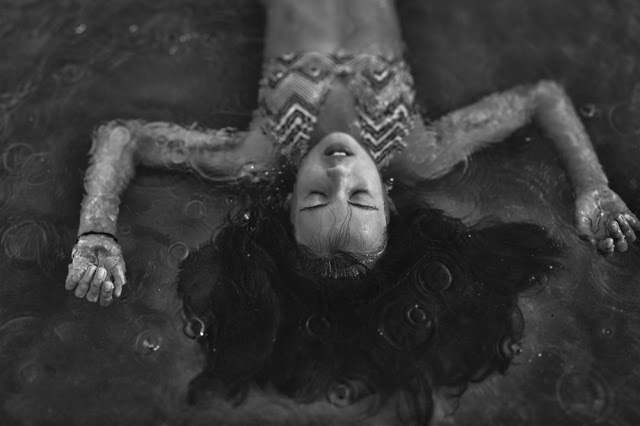 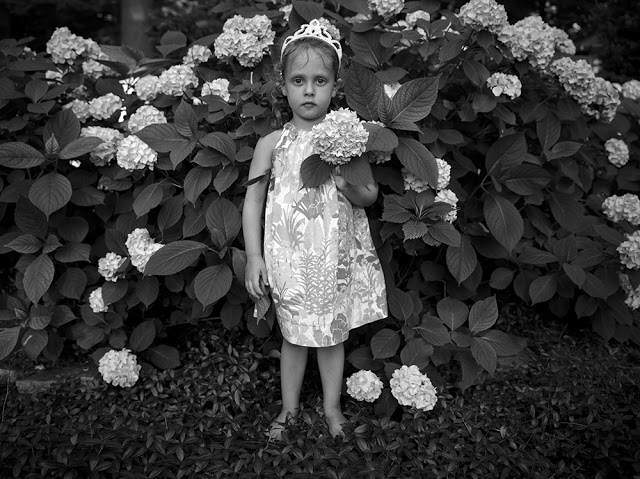 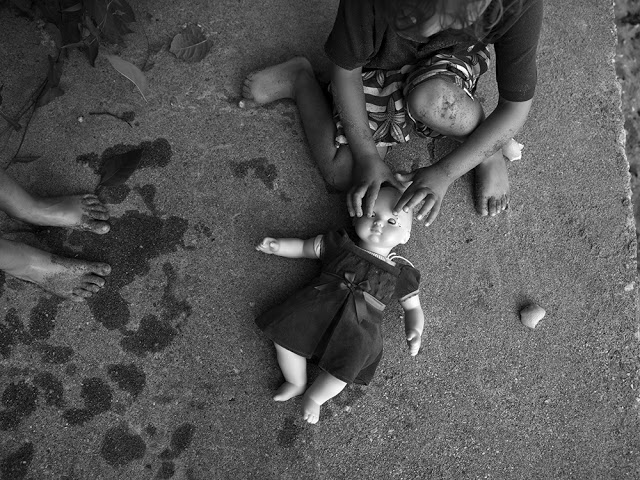