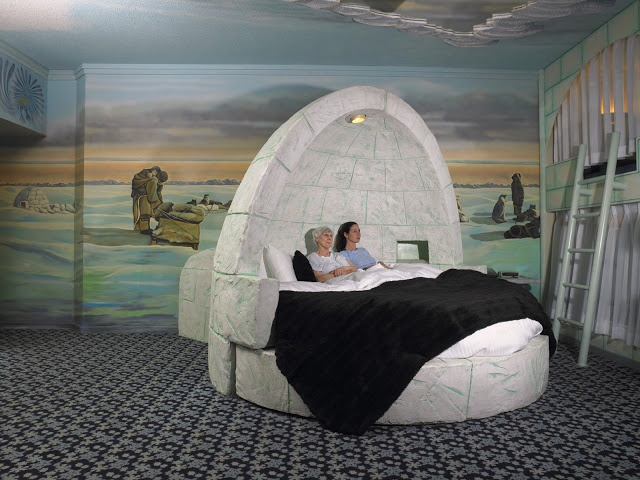 There has to be some irony that Canadian born photographer, Naomi Harris, has spent years on a long term project about Canada and just recently took her exam to become an American citizen. Her in-depth work on Canada and Canadians is a reflection of a photographer who has the ability to commit herself fully to exploring a community, no matter how daunting the task. She creates terrific photographic projects wherever she roams, and she has already been well lauded for her significant work in the U.S. and Canada.
Naomi was awarded a Canada Council of the Arts Grant in 2010 which enabled her to embark on a cross-Canada adventure for four months during the summer of 2011 photographing the people she met and preserving her experiences from coast to coast and spent the month of August 2012 as an Artist in Residence at Terra Nova National Park in Newfoundland and is continuing a long term project about her homeland, Canada. In December 2012 the Canada Council of the Arts awarded Naomi a Long-Term Career Advancement Grant which provides support over a two-year period to Canadian professional artists who have made a significant contribution to contemporary visual arts.
Naomi graduated from York University in Toronto then moved to New York to attend The International Center of Photography’s Photojournalism and Documentary Program. She later moved to Miami Beach to pursue a personal project documenting the lives of the last remaining elderly residents at a hotel in South Beach. For this work she received the 2001 International Prize for Young Photojournalism from Agfa/ Das Bildforum in Germany, honorable mention for the Yann Geffroy Award from Grazia Neri in Italy in 2001, and was a finalist for the 2001 W. Eugene Smith Grant in Humanistic Photography in the United States. It was this project on the elderly that landed Ms. Harris her first editorial assignment, which was for the New York Times Magazine. 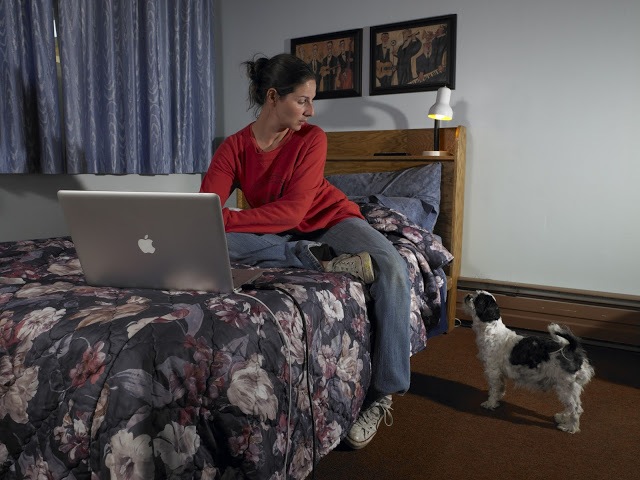 Self Portrait with Dog, Ituna Motel 2011

It was in Miami that Naomi discovered the world of the Lifestyle. After spending 5 years documenting the phenomenon of “swinging” all over the United States the project was realized in her first monograph America Swings released by TASCHEN in October 2008. The limited collectors edition of 1000 numbered copies is signed by both Naomi Harris and artist Richard Prince. Mr. Prince interviewed Ms. Harris for the book and it was edited by Dian Hanson. The trade edition was released in September 2010. Other accolades include participating in the World Press Photo Joop Swart Masterclass in 2004 and being selected as one of Photo District News’ 30 Emerging Photographers in 2002.

In the summer of 2011, thanks to a Canada Council for the Arts grant, I purchased a car on eBay and took a 4 month long road trip across Canada photographing Canadians from coast to coast. Being a Canadian but having lived in the US for the last 14 years I had seen more of America than my own country. Canada is often ridiculed about being the 51st state and how Canadians are excessively influenced by the American way of life. The truth is that our nation is often misunderstood and misrepresented by those not familiar with the Canadian way. As a Canuck living south of the 49th parallel my knowledge of American culture and geography was far superior to my familiarity with my own country. Growing up in Toronto my knowledge of Canada barely extended past Ottawa and Montreal with an occasional trip to cottage country or to Niagara Falls. I had never been to the Maritimes, nor driven across the Prairies or visited the Rocky Mountains. 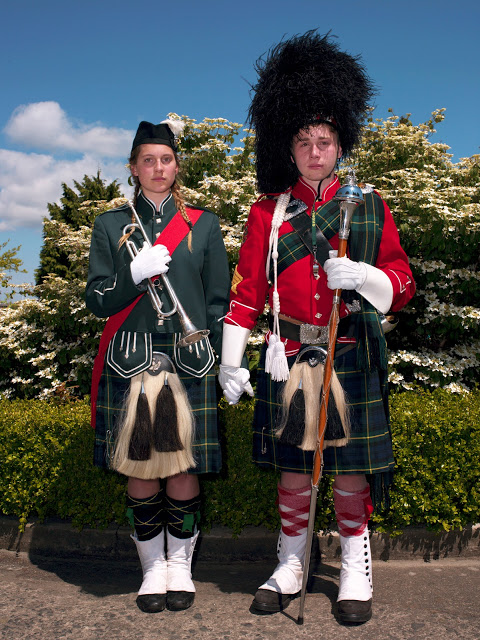 There has been a long history of photographers undertaking road trips: Walker Evans (Let Us Now Praise Famous Men), Robert Frank (The Americans), Joel Sternfeld (American Prospects), Alec Soth (Sleeping by the Mississippi) and Simon Roberts (We English). With the exception of Frank, a Swiss, these photographers were all photographing familiar ground: their own country. I, like Robert Frank, looked at the landscape and people through the eyes of a stranger, everything being fresh and new thus avoiding clichés and the predictable. Another marked difference between myself and these other photographers is that I’m a woman. The documentary road trip has traditionally been a male dominated genre. Whether it’s because of the lonely solitary nature of being on the open road, the danger associated with road trips or that women typically are caregivers with family obligations, this form of photography has long been a practice undertaken by men. Me not one to succumb to stereotypes I was only too eager to buck the trend. 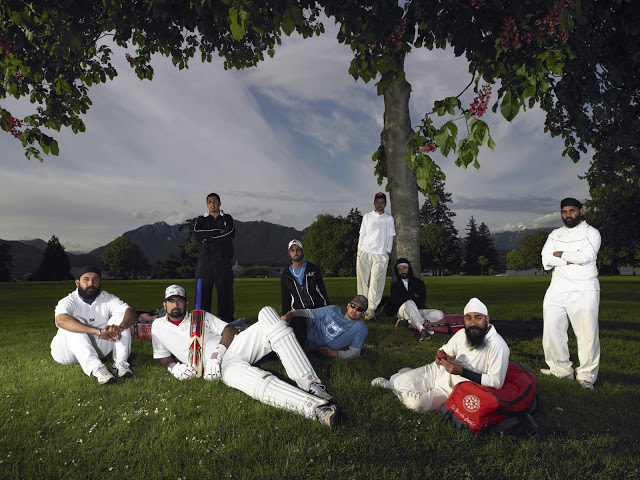 Primarily an environmental portraitist, I photographed my subjects in their natural settings using portable lighting techniques. This journey opened my eyes to my homeland and how special her people are that I decided to continue working on a long-term project photographing Canadians throughout the country that I will undertake over the next few years. 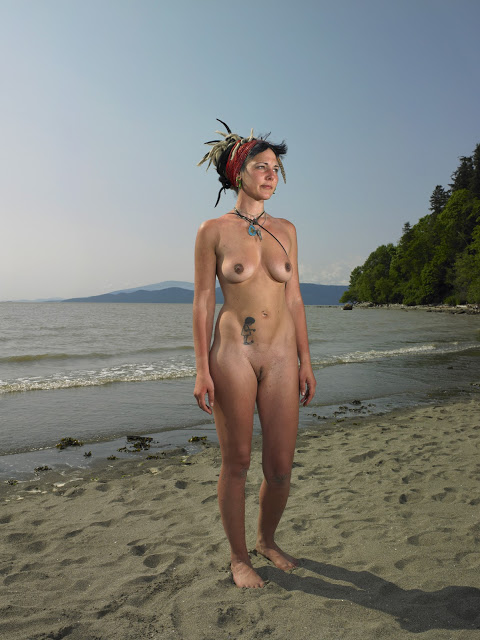 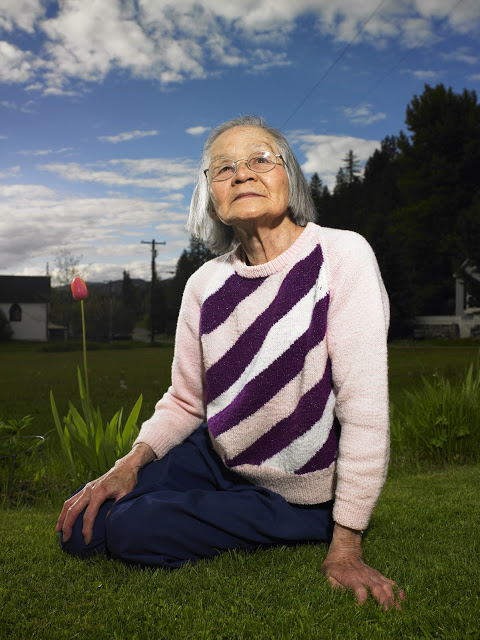 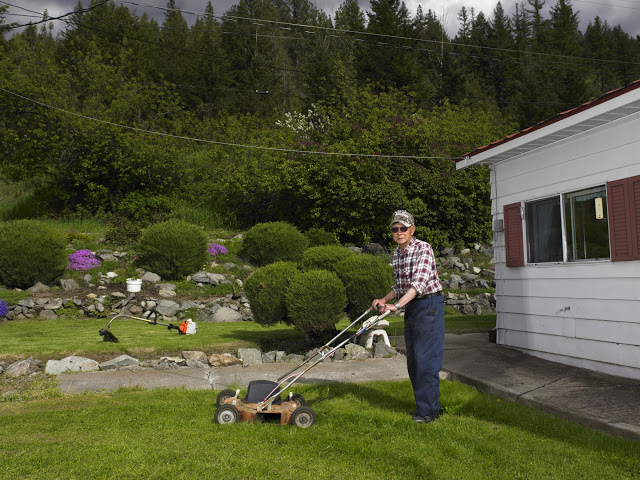 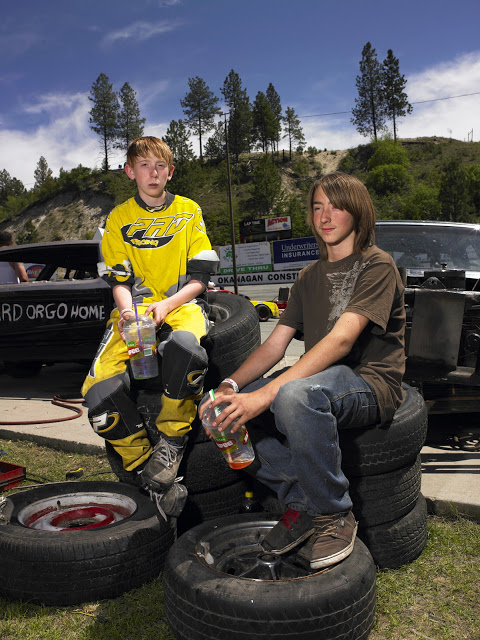 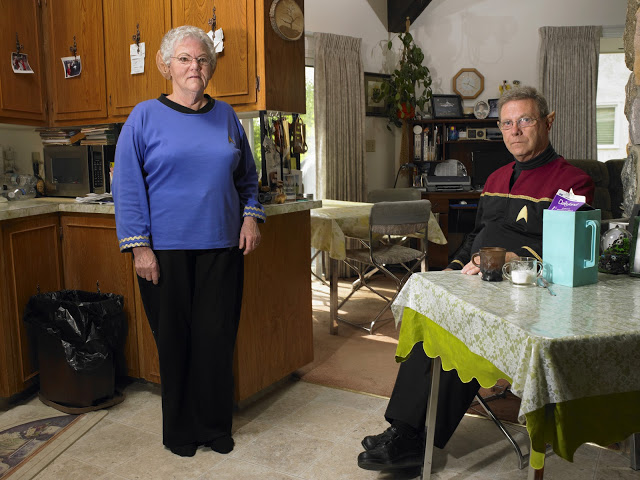 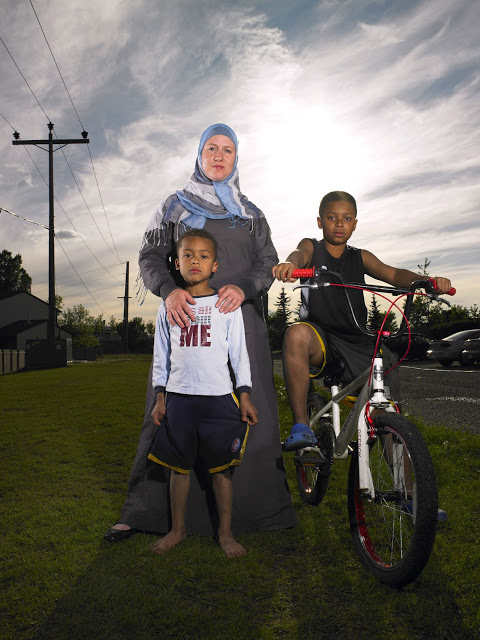 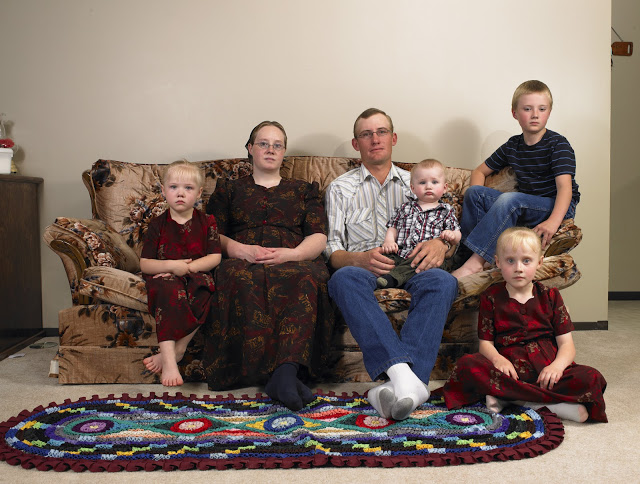 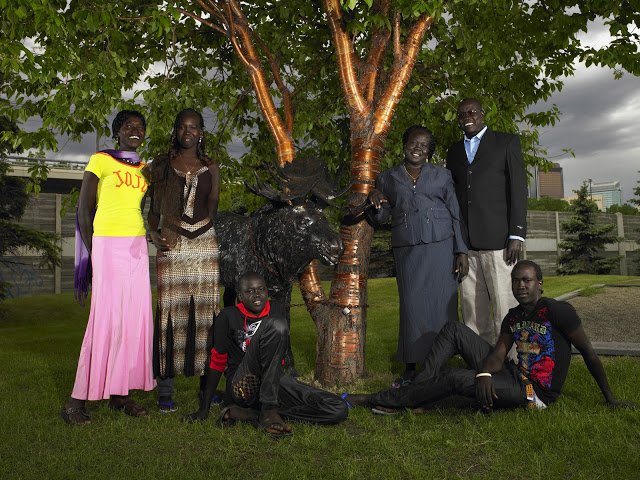 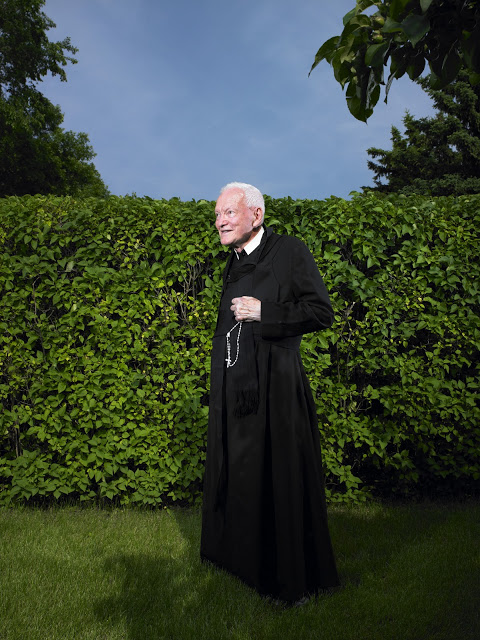 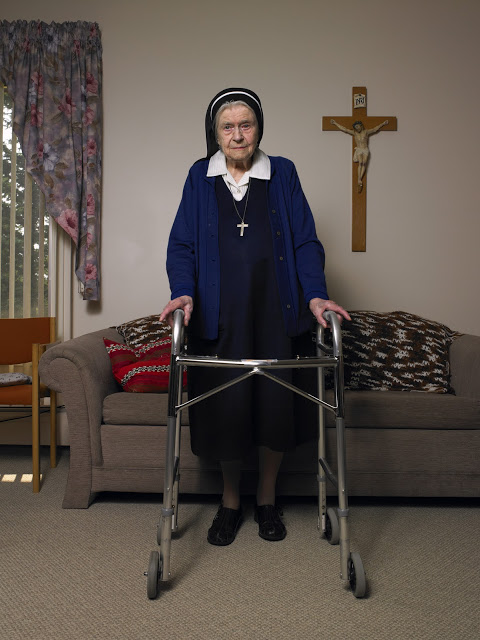 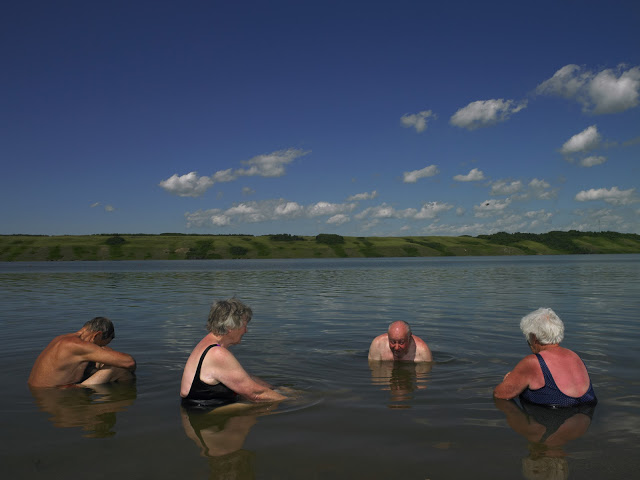 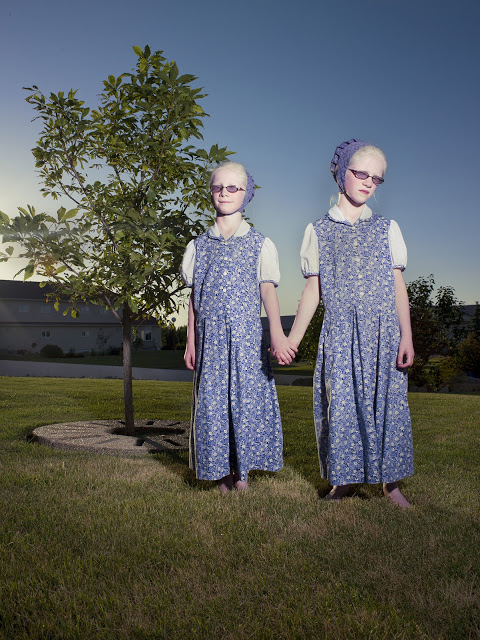 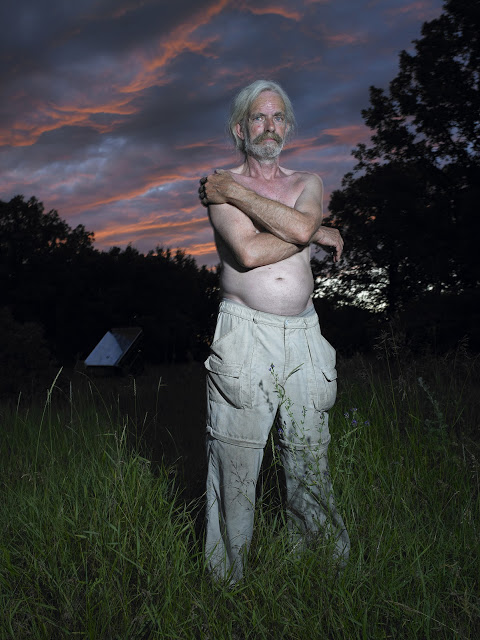 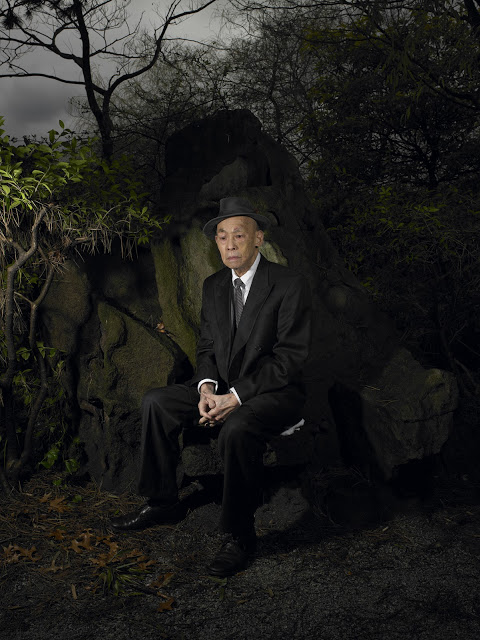 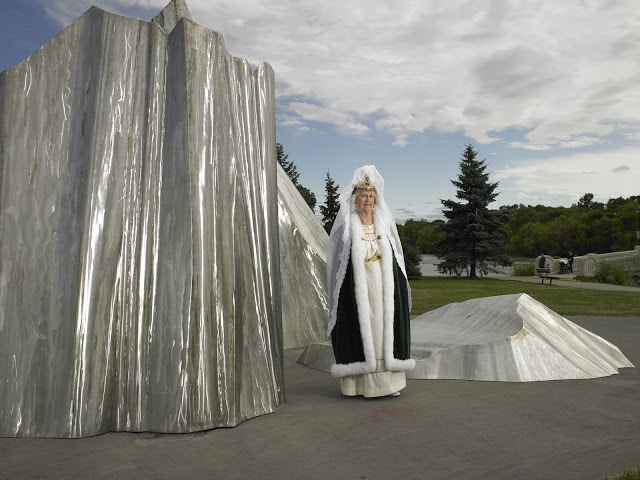 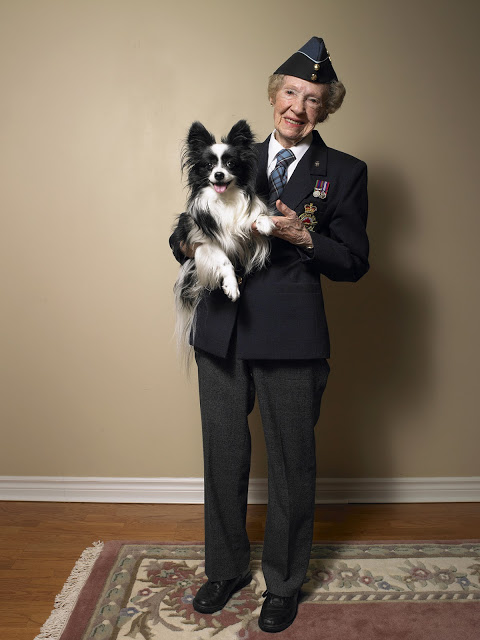 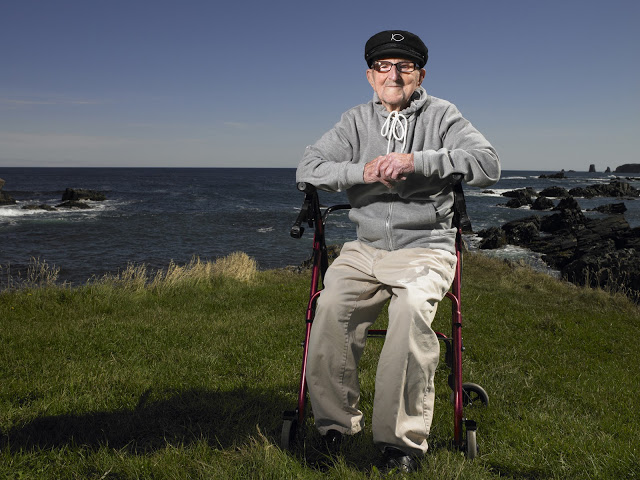