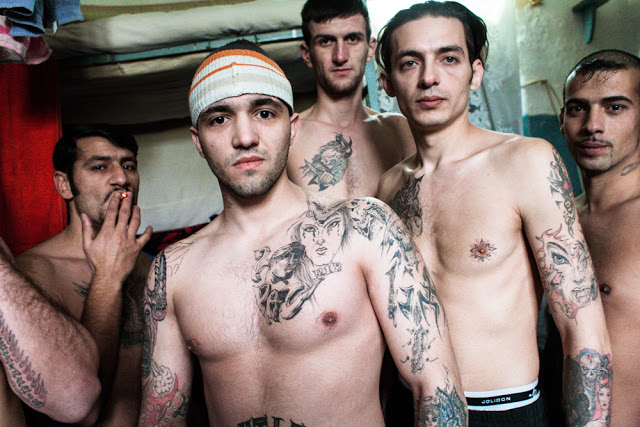 by Kathleen Laraia McLaughlin
Cosmin is as much an educator and mentor as he is a photographer. He formally studied photography at the Academy of Theater and Film in Bucharest, where he also taught photography. His work has been exhibited over the years in New York, Amsterdam, Madrid, and Rome. For the past 18 years he’s worked as a freelance commercial photographer. His work has been published in Elle, Esquire, Marie Claire, LensWork, to name a few, and has worked on many corporate ad campaigns. Cosmin’s book Transit was first brought to my attention in 2002 when I lived in Romania. He is an avid and diverse photographer and is a mentor and leader for the photo community in Romania.  He’s the co-founder of the photo group “7 Days“ and has organized workshops and photo camps. In 2009 he launched the magazine Punctum, dedicated to art photography. He has won many international awards for his work and this past week received a Rosalynn Carter Journalism Scholarship.
He has spent years photographing in Cuba and has three photo books, Cuba, Transit, and Bumbata, which you can by here.
Bumbata
In 2005, the spokeswoman of the National Administration of Prisons asked me if I was interested in taking photos in prisons across Romania (which are about 30).  But shortly after, I felt it was too much to stop in every prison countrywide. I wanted to pick only one. In order to do that, I visited several compounds and then chose the one in Aiud. 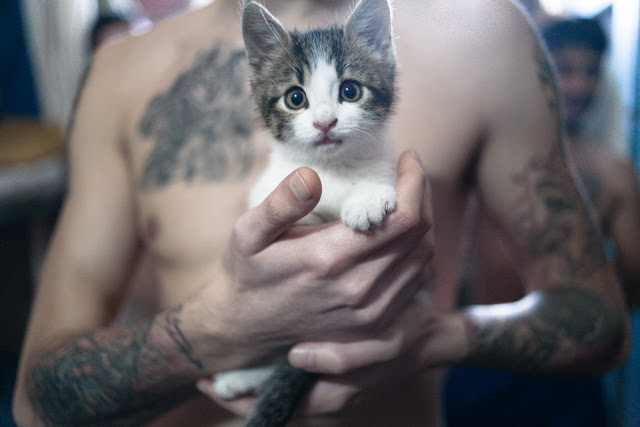 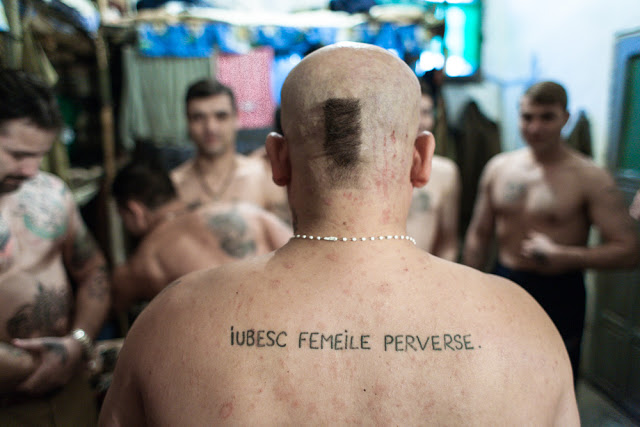 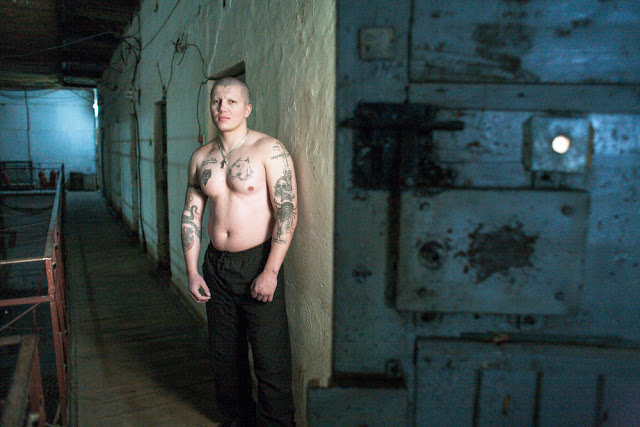 I spent three years taking pictures in Aiud. Up until 2008 I was there ten times and each visit meant a five-day stay. I witnessed all sorts of happy, sad and even absurd events while working at this project. If there is one thing I learned about prisoners it’s to never ask why they are there. I reached this decision after putting the inappropriate question while at the women prison in Târgşor where I saw an old woman on a stretcher carried by guards. I noticed one of her feet was swollen and looked gangrened. I suddenly felt pity for her and expressed it out loud. One of the guards heard me and replied that she was in prison because she had thrown stones at some kids playing under her balcony and killed one of them. I felt so much anger when I heard this that I decided to never again ask about the circumstances that had gotten people into jail. 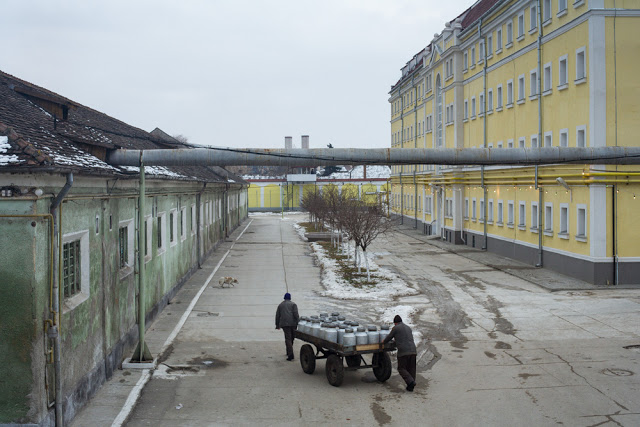 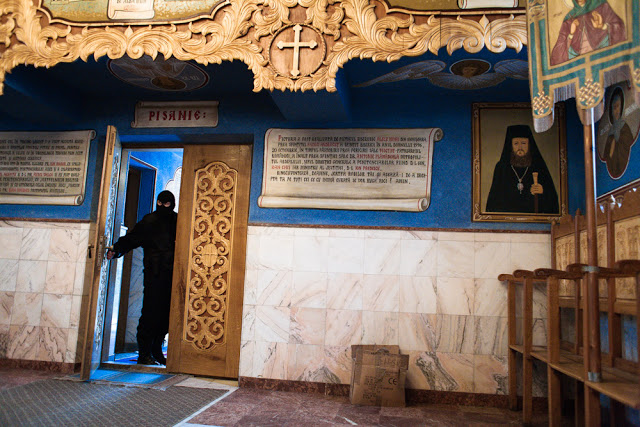 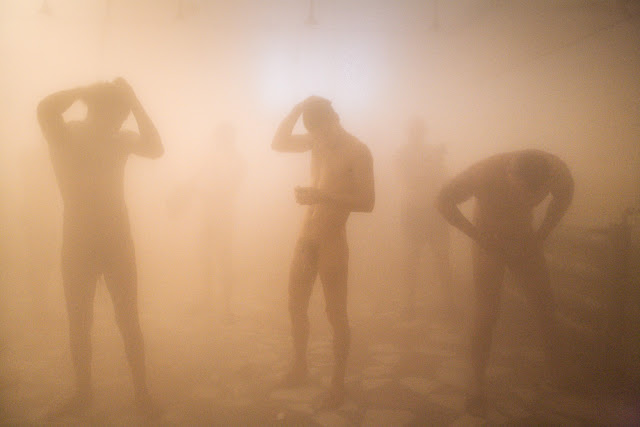 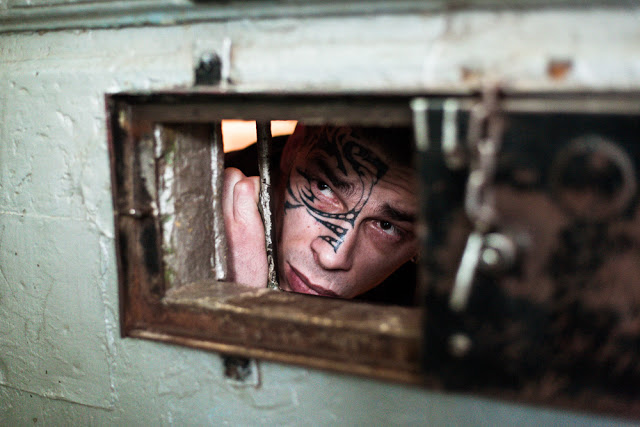 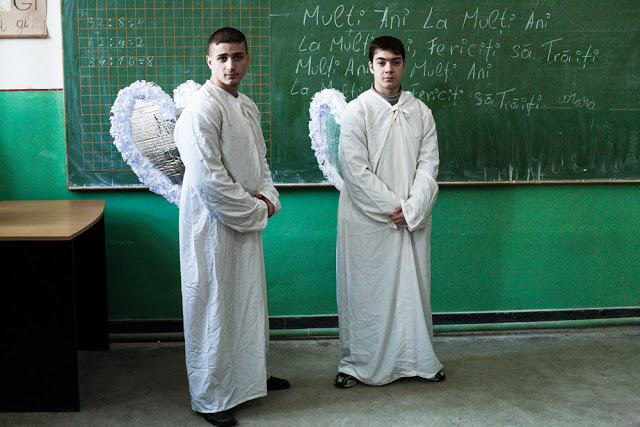 During my last visit at Aiud I found in the office of the Social Reintegration staff a file labeled “Literary works of prisoners”. I read some pieces on the spot and took pictures of the rest thinking I might use them. I also photographed the prison magazine called Light from the Dark, which at that time was handwritten and stapled in one hard copy. I remember one of the inmates was a kind of editor putting all the papers together and another one played the art director role doing the drawings. It then hit me: mixing their texts with my photos was just the right kind of narrative I needed to finish the book. 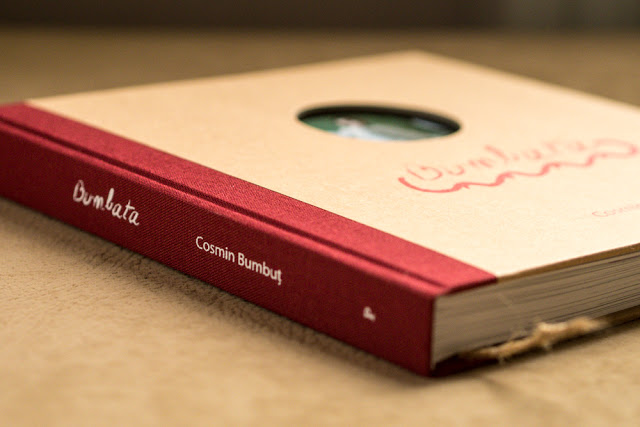 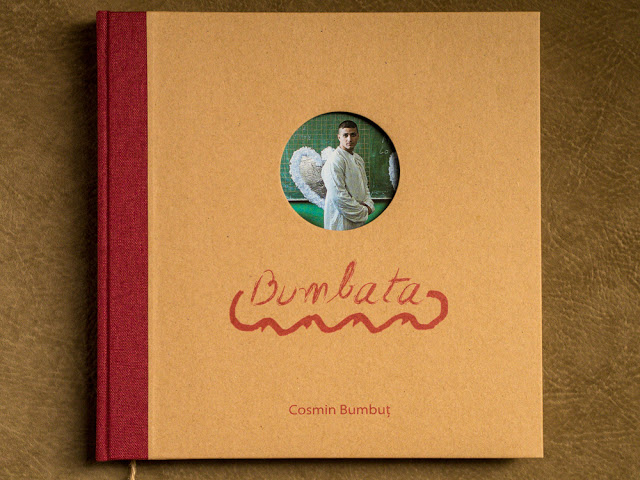 Transit
When I was a student I often took the train to my hometown Baia Mare. I traveled a lot in the summertime and in the wintertime but I admit back then I preferred the latter. I have always loved trains, with their complicated mechanisms. I even liked the smell of hot iron and the huge windows resembling the cinema screen. I never got bored staring out the train window at the rapidly changing scenery. I developed a sort of fascination for my travel fellows and sometimes I engaged in conversations with them. And of course the all mighty ticket controller called the Godfather in Romania. I looked up to him, especially when I was traveling without a ticket. Other times I watched his gestures, flapping that yellow flag which announced the train driver they were ready to take off. 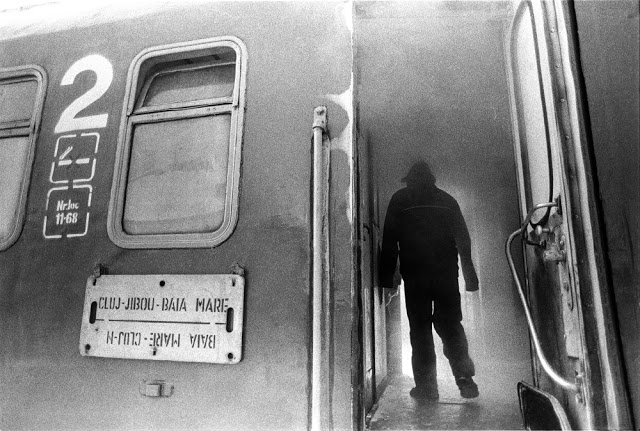 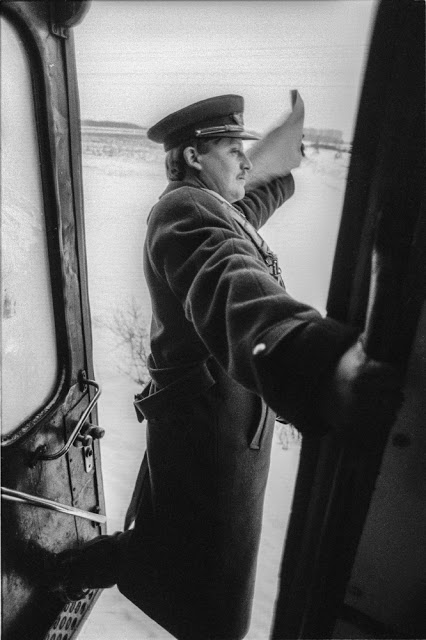 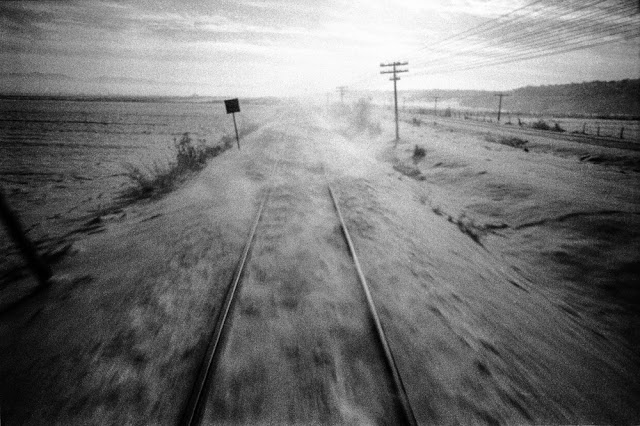 It was the winter of 1996, before Christmas, when I decided to start taking photos throughout my journeys by train. The first thing I did was to set off in short voyages around Baia Mare, accompanied by my camera and a small can of plum brandy to keep me warm. I remember it was freezing – around -23Celsius degrees – and my mother had knitted a pair of mittens for me. She had cut the finger tops and then carefully sewed the rest of the fingers. Back then you couldn’t find such gloves in stores. 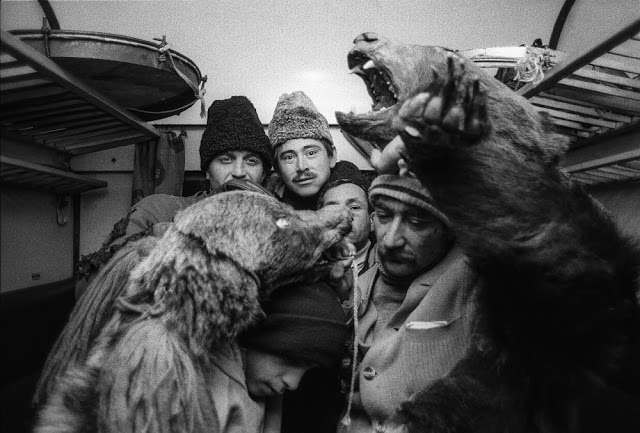 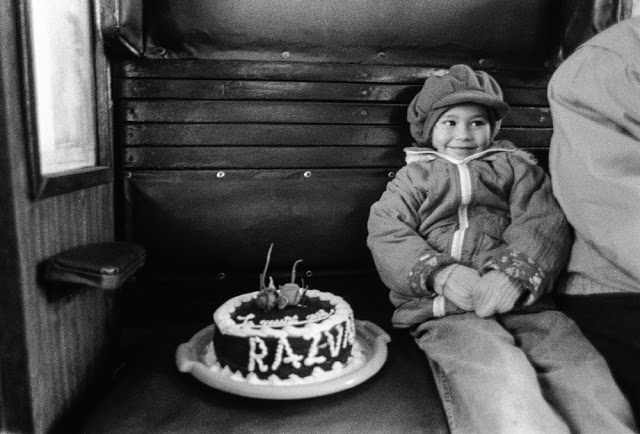 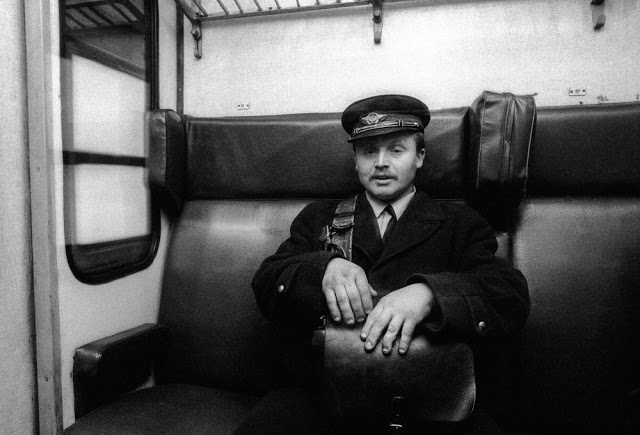 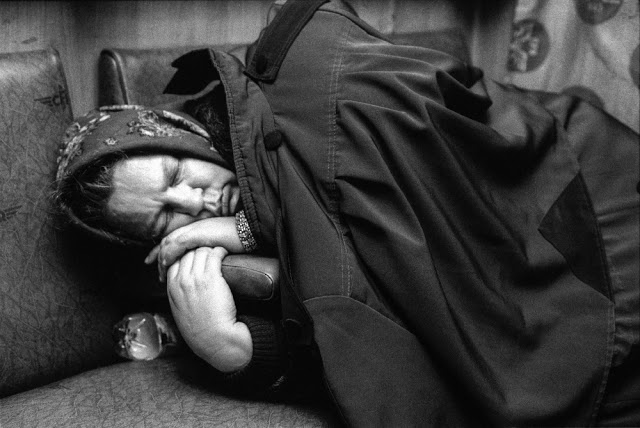 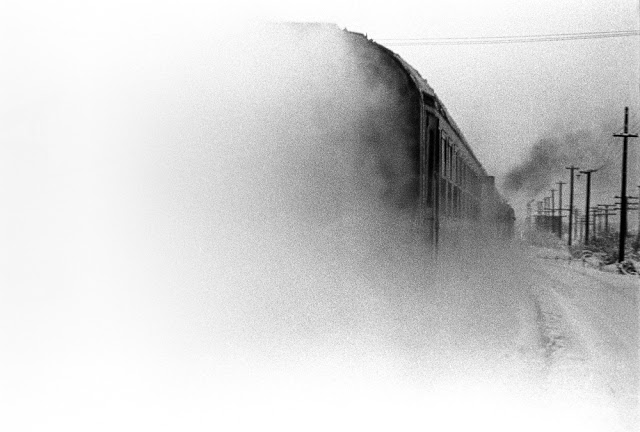 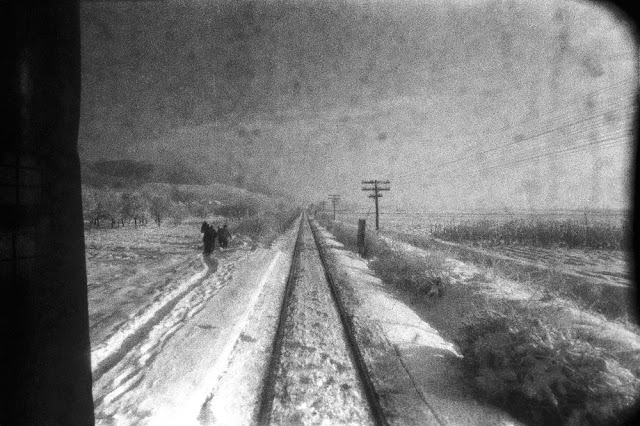 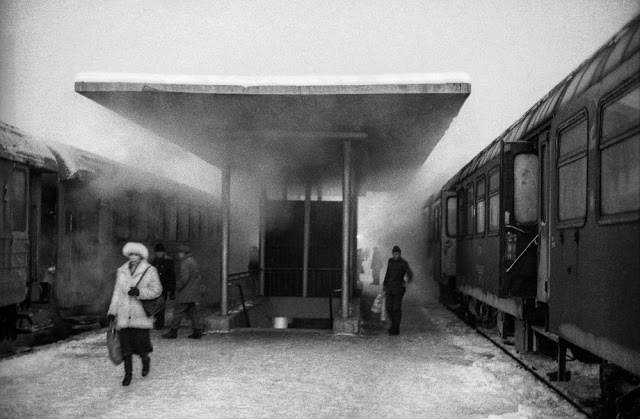